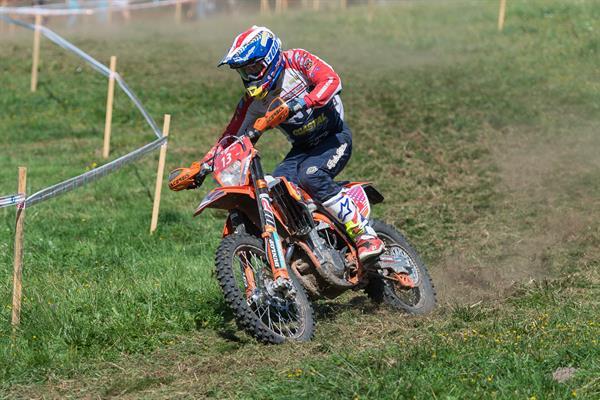 Brive, FRANCE – At the end of yet another dry and dusty day at the 92nd running of the FIM International Six Days Enduro in Brive, France, FMF KTM Factory Racing Team’s Taylor Robert remains second overall as the event heads into its final phase. Again performing well, Robert finished just 6.48 seconds behind Enduro 3 class winner Christophe Nambotin and sits 13.61 seconds behind Nambotin in the E3 standings after three days.

Twice topping the time sheets in the Enduro 3 class on day three, Robert put in yet another strong performance to complete the first half of the event in high spirits and just a stone’s throw from overall leader Christophe Nambotin.

Taylor Robert: “It was a pretty good day again, I stayed off the ground so I was pleased with that. Maybe I could have pushed a little bit harder but I was trying to chip away at Nambotin’s lead in the overall. I got him on the first special test but then it seemed like after that he got me on just about every other test. I was a little bummed about that. I’m still not too far from him – I need to either close that gap during the next few days or smoke him during the final moto, which won’t be easy at all. Nambo’s so experienced, he has it all figured out. I just need to push a little harder and not make any mistakes.”

Kailub Russell: “I’m a little stuck with where things aren’t quite working out for me. My bike set-up is great, I feel like I’m doing what I need to do, but I just can’t get the times I want. I’ve tried a few different things to try and get to where I need them to be, but I just haven’t been able to figures things out. I can’t tell you how disappointed I am, but I’ll keep pushing, keep working, and we’ll see how the second half of the week goes.” 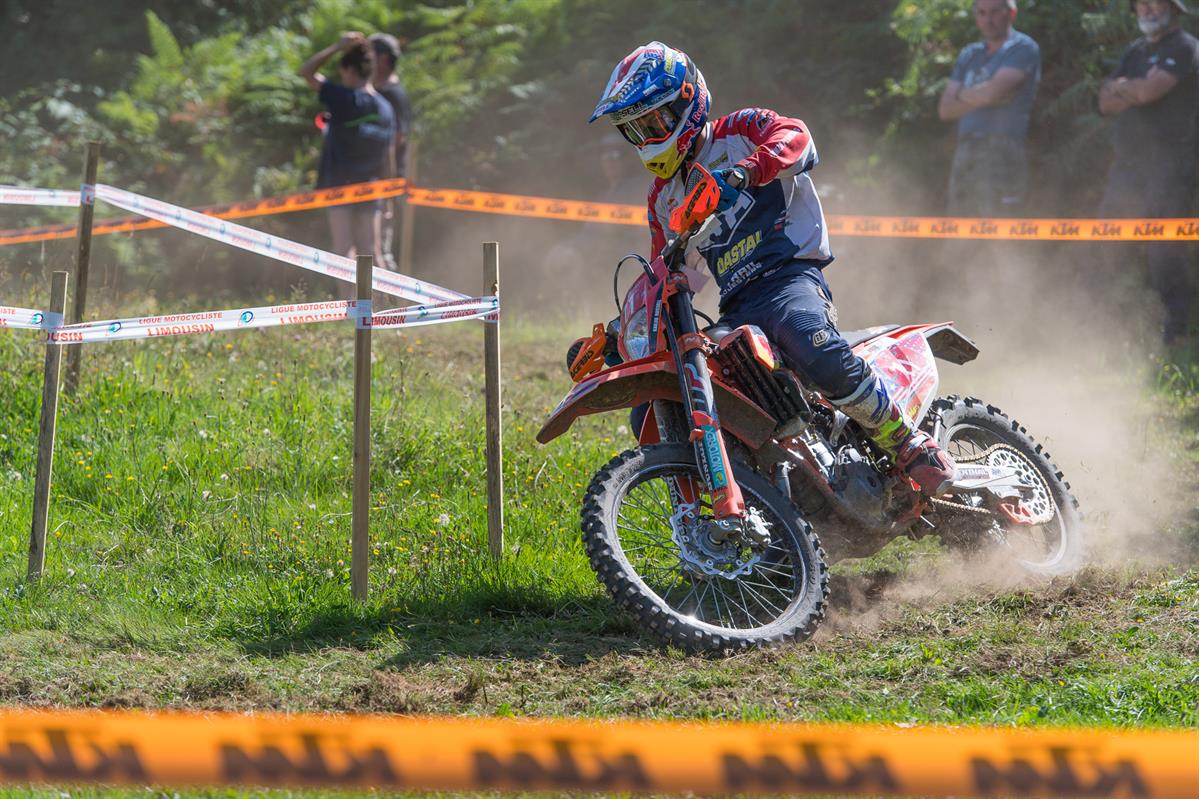 The U.S. Junior Trophy team fell back to third place today, but still is within striking distance of the French team. Grant Baylor was the top performer on that team. In the club classification, Cody Webb lHis team, consisting of Ben Kelly and Ty Tremain, sits fourth.

Kacy Martinez: “Day three was good for me. Getting on a new course was good, I feel like it boosted my energy a little and it was just nice to not be fighting with the tore up trails we’d ridden during the first two days. My body is holding up well and I felt good as we head into the second half of the race. Today was fun – I really enjoyed two of the tests. Overall, there’s been a lot to get used to at this event – a lot of stuff that I wasn’t sure about or used to. But now I’m looking forward to what we have coming up on days four, five and six.”

Brandy Richards: “Today wasn’t too bad. I did a little better on my tests today, with only a few mistakes. It was cool to get onto some new trails and special tests. I feel like tomorrow I will be able to push hard and hopefully put in a strong day.”

Rebecca Sheets: “Today was good, a little bit better than day two. I had some good tests during the first half of the day, which put me into third overall around mid-day. Then I had a crash on one of the transfer section, which kind of knocked me off my rhythm a little. Apart from that, things are looking good for the team so fingers crossed we can keep them that way.”

OVERALL CLASSIFICATION (AFTER DAY 3 OF 6)

BLAST FROM THE PAST: RODNEY SMITH