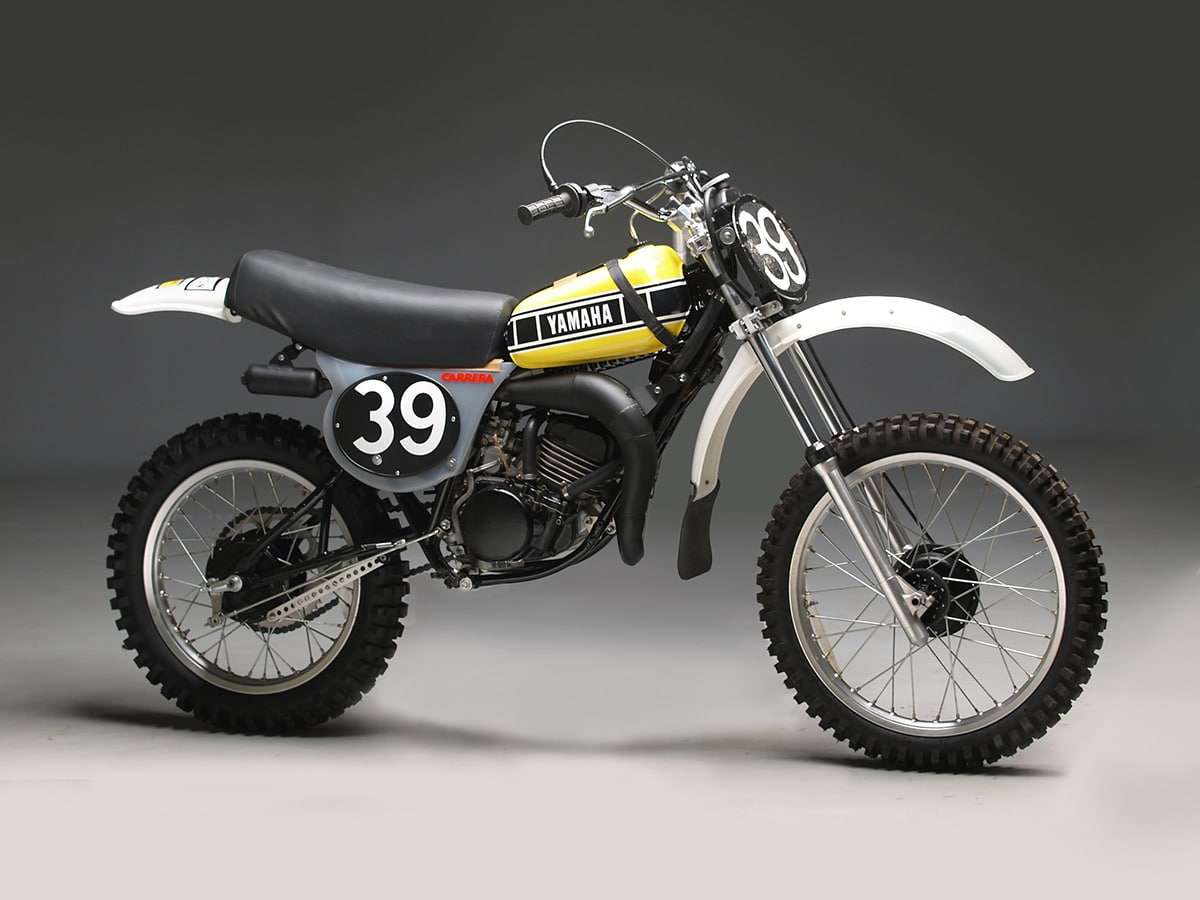 This bike is the liquid-cooled Factory Yamaha OW27  that Bob Hannah rode in 1976. It caused a firestorm of controversy that eventually changed the sport of motocross in America. It was the most sophisticated motocross bike of its time. 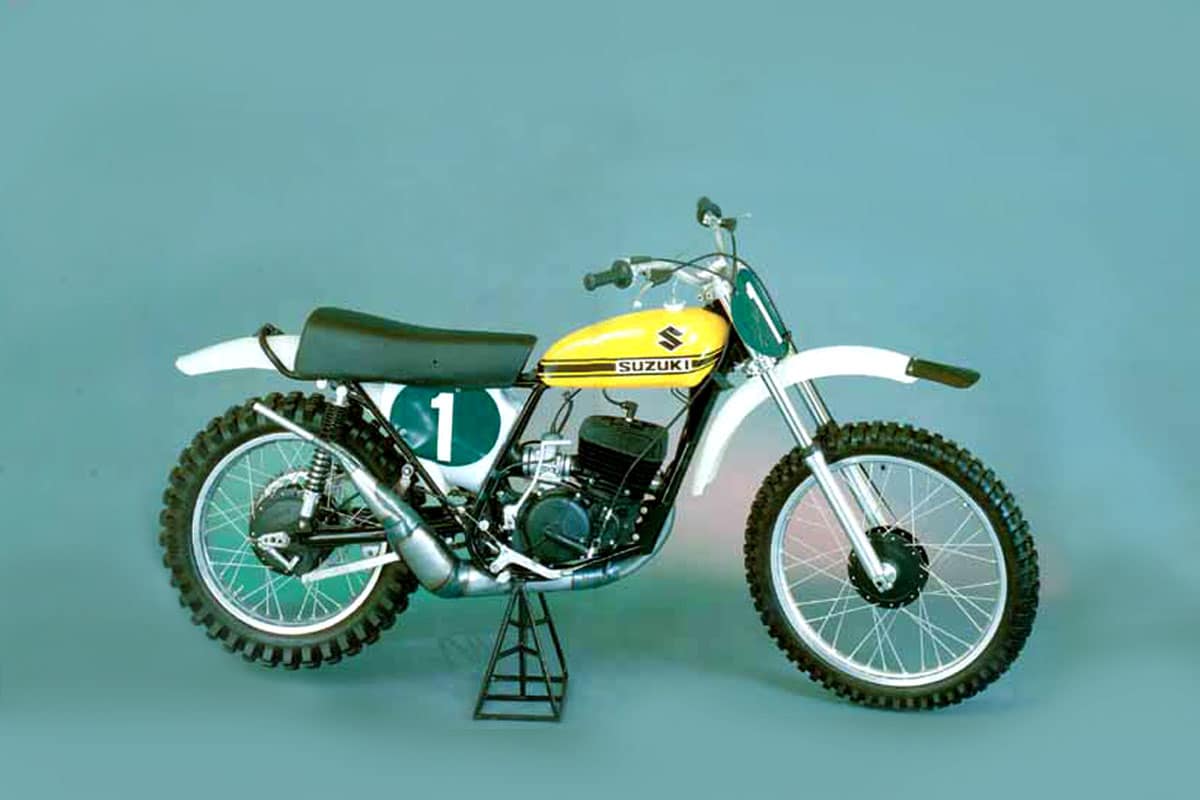 This is the bike that Joel Robert rode to his last world championship. It, too, was a specially made factory bike that was considered an unfair advantage. Aside from their status as championship-winning works bikes, what do these two machines have in common? They are currently parts of the most amazing collection of motocross bikes in the world.  The collection includes over 100 examples of historical MX bikes–not just production machines, but actual bikes that were raced in national and world competition.  Many of them are one of a kind. Until now, the collection hasn’t been accessible to the public. The bikes were kept in  private. That’s about to change. Next spring, collector Terry Good is opening the door to the International Motocross Museum near Chicago. 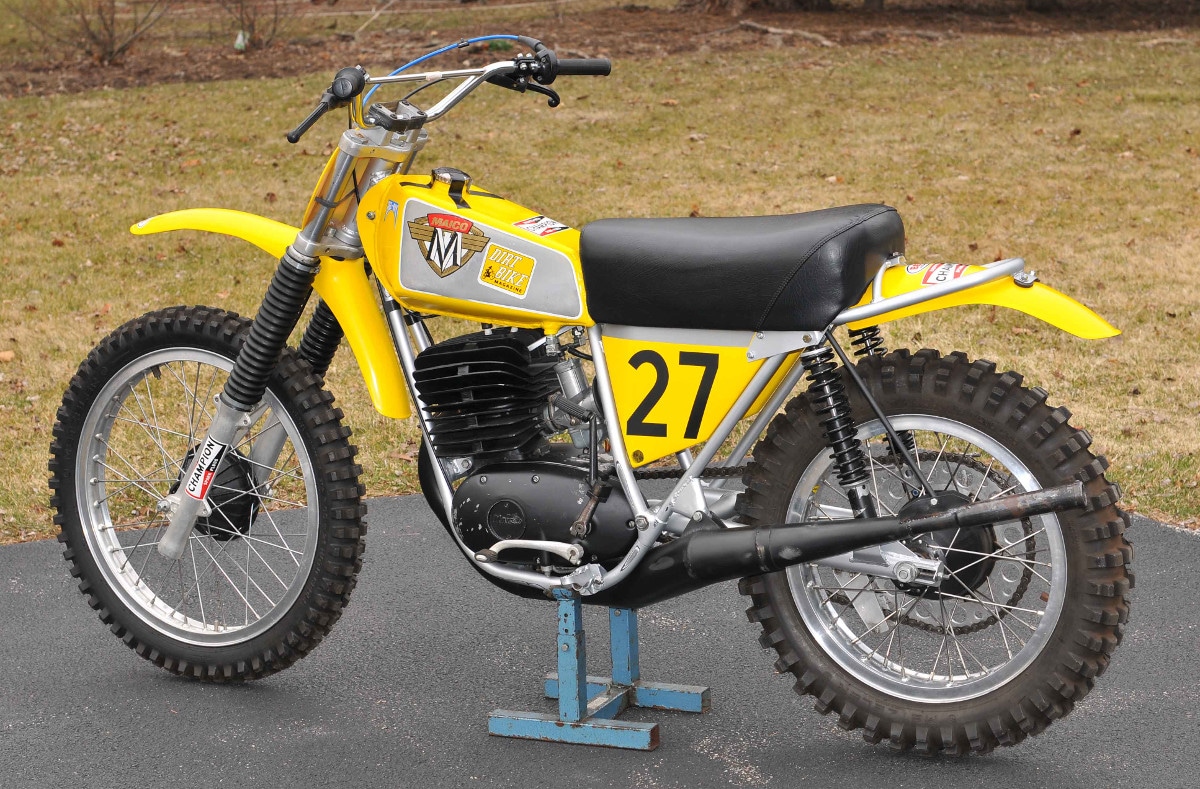 One of the coolest parts about Ake Jonnsons Trans AmA-winning Maico is the Dirt Bike Magazine sticker on the tank. That’s the way it won the series in 1972. 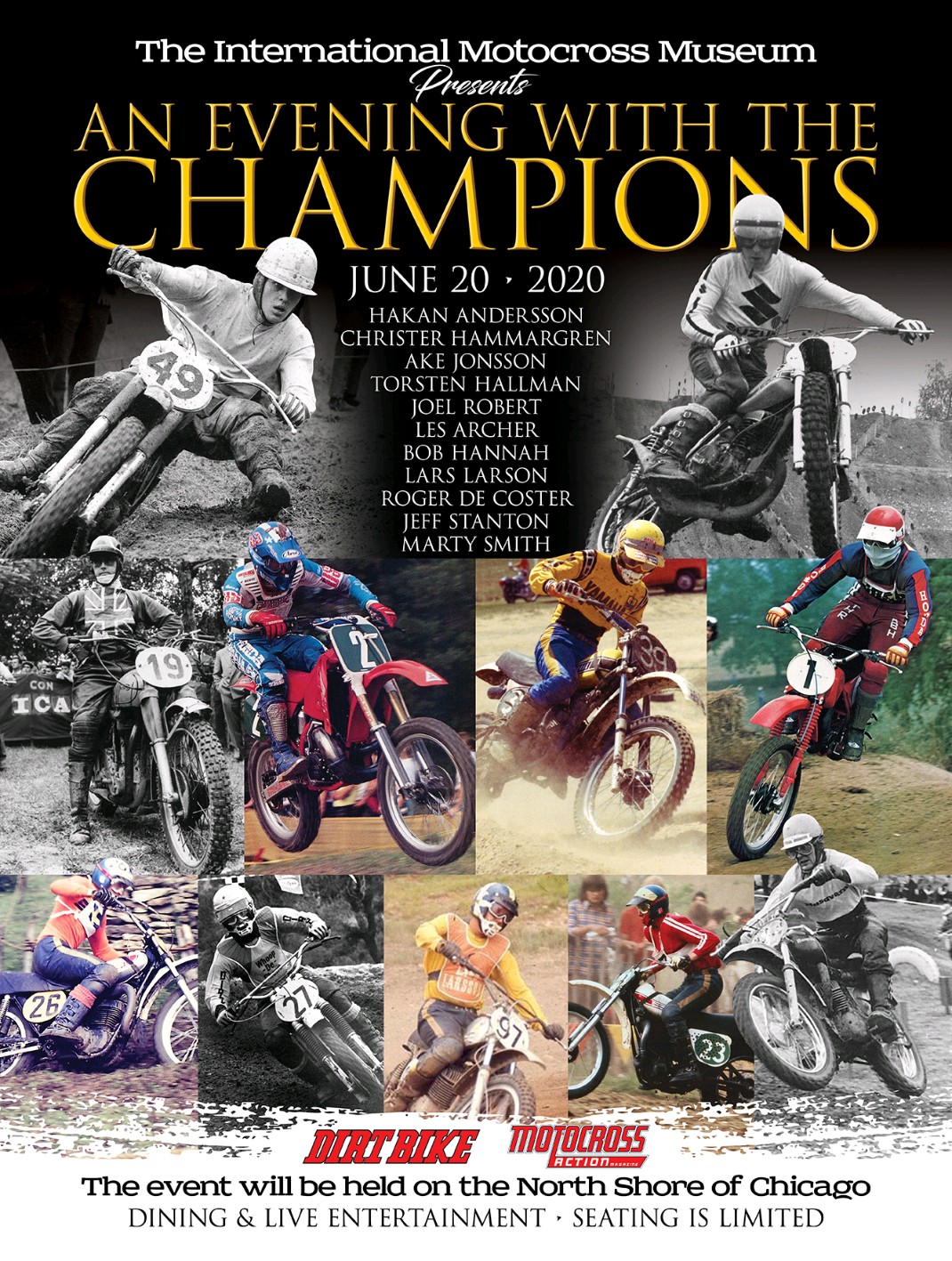 Terry is an old friend and I know he has been working on this project for over 20 years. There will be an event on June 20, 2020 to kick it off. Over the years we have featured several of Terry’s bike’s in the pages of Dirt Bike. Now that the museum is close to reality, the opportunity 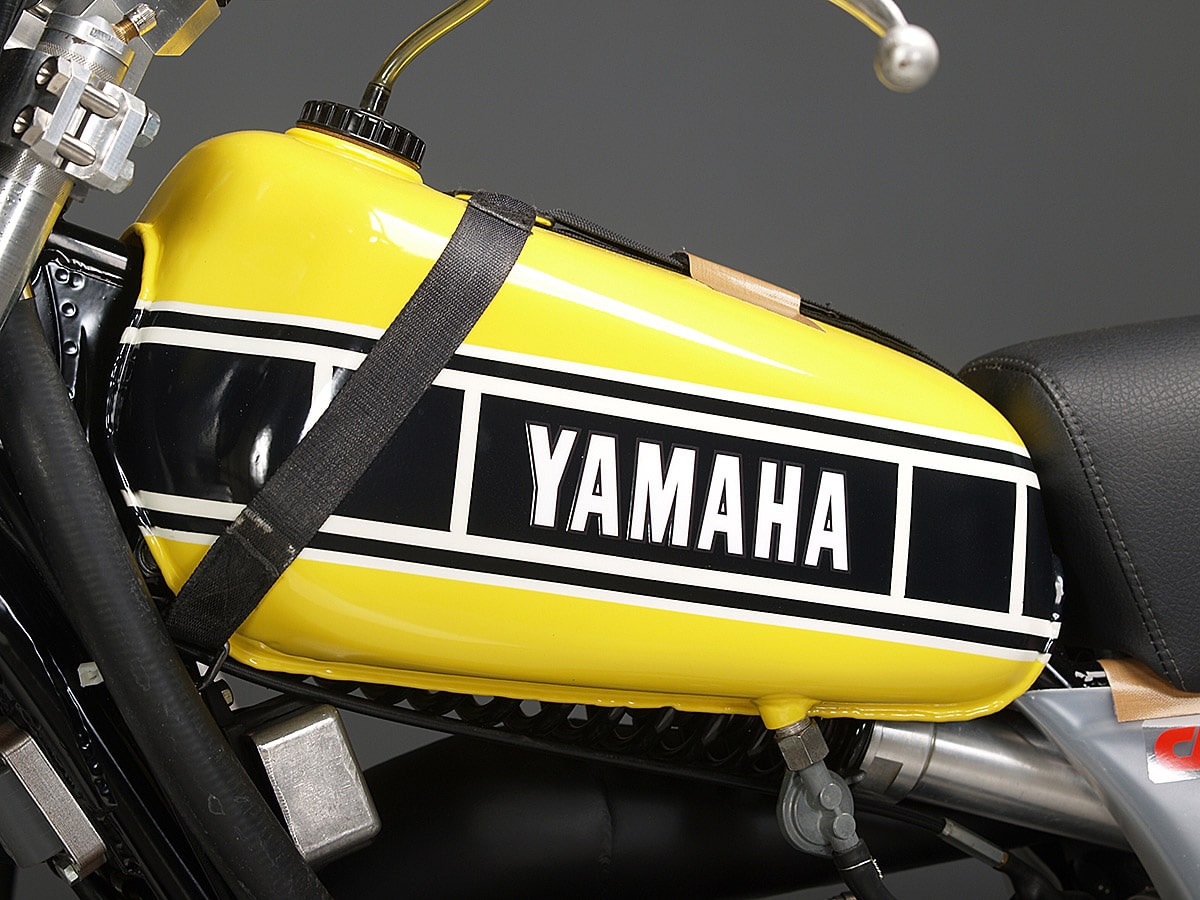 We actually got the OW27 into the Dirt Bike studio when Bob Hannah was inducted into Glen Helen’s Walk Of Fame. It was one of the few times that a piece from Terry’s collection has left his possession.  The truly amazing thing about all of his bikes is how authentic they are. If an original works part exists anywhere in the world, Terry will find it. There’s nothing shoddy or fake. For news on the museum’s eventual opening, go to MXworksbike.com. 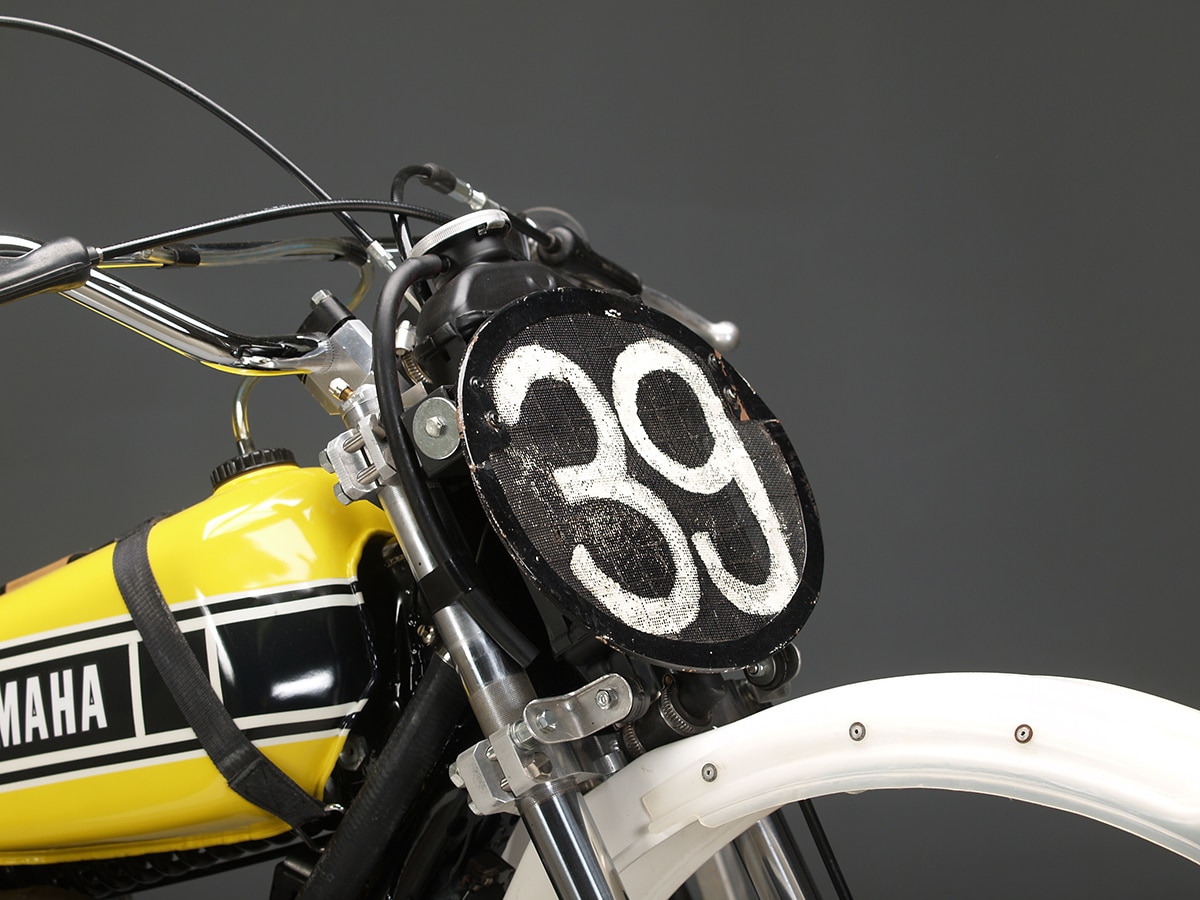 OWN YOUR OWN SUPERCROSS TEAM 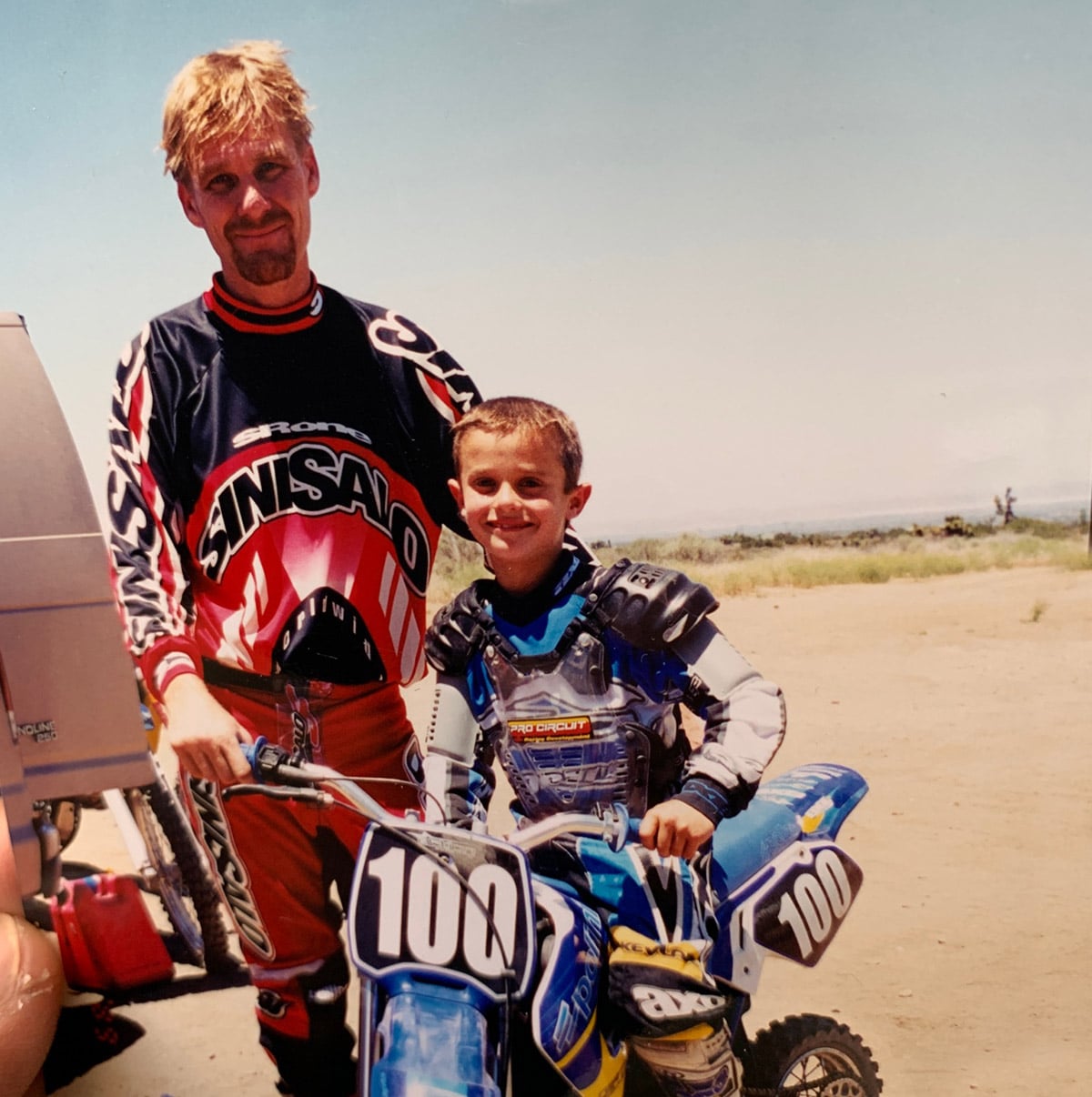 Michael Leib is the owner of Canvas MX gear and he also happens to be a top-10 250 Supercross rider. He’s been in the pages of Dirt Bike as a test riders since he was pretty small. Now he’s several inches taller. For the 2020 season, he’s assembled an interesting program that integrates his company with his riding. Here’s his pitch: 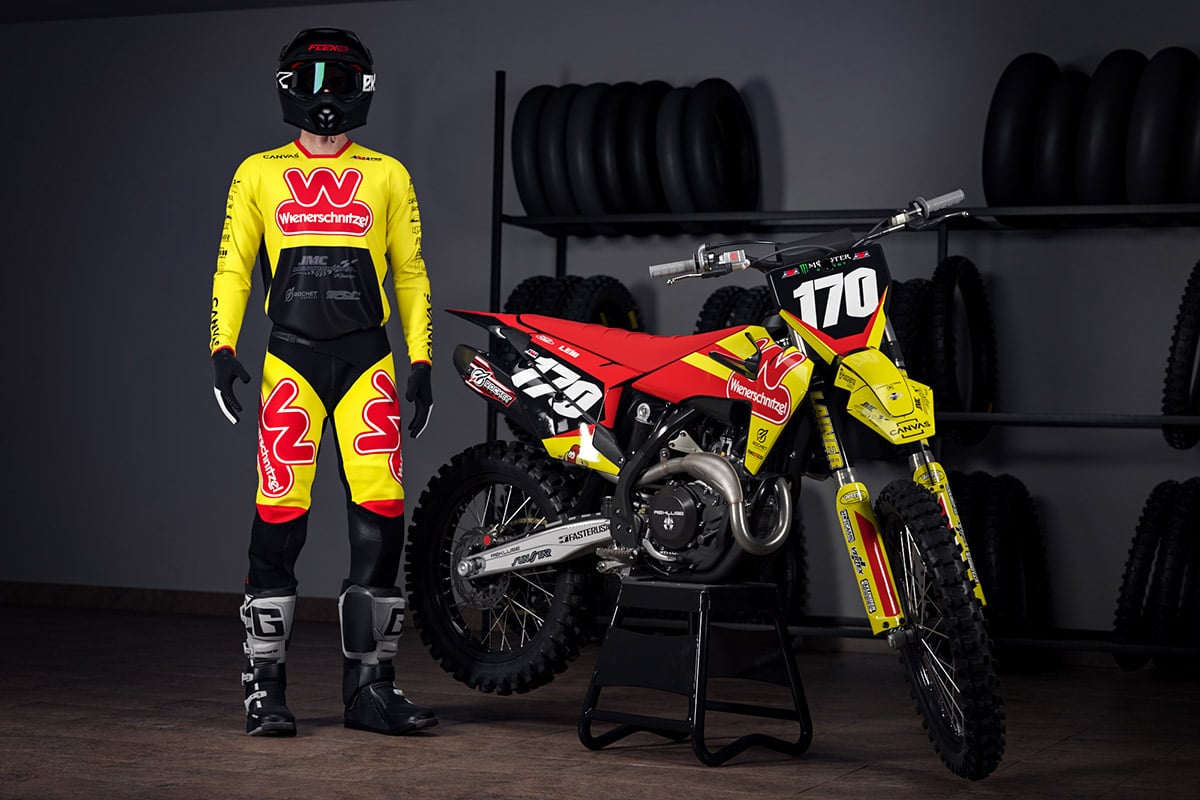 My name is Michael Leib, a proven main event and top ten finisher in West Coast Supercross. I’ll be racing the 2020 West Coast Supercross series and during this year will reshape sponsorship/marketing ventures within our sport.
We are selling title sponsorships for each West Coast SX round. This complete sponsorship package allows the sponsor to benefit from 95% advertising visibility on bike graphics, team apparel, and gear to maximize exposure  for your brand to television, event attendees, social media and print audiences around the world. Title sponsorships start at $15,000. 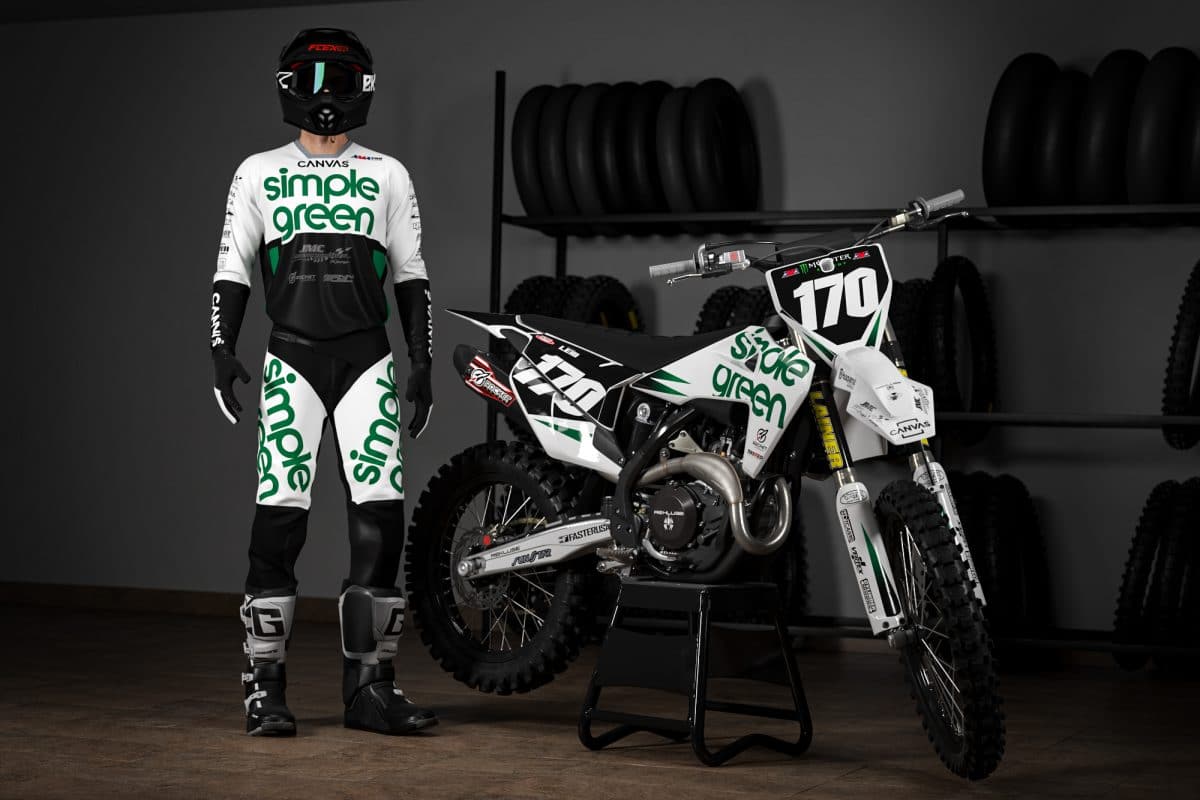 We are flexible and have additional components available that can be provided such as hospitality, guest appearances, autograph signing, race day pit experience etc.
The base program includes logo placement on the bike and social media tagging throughout the entire 2020 season for no additional charge.
Our goal is to drastically increase brand visibility for companies to come in and control things without having to commit to a larger dollar amount for the entire season. Targeting a specific event/audience of their choice while also maximizing the exposure that no other rider/team is able to offer.
This concept is made possible because I also created and own Canvas MX, a custom riding gear and team apparel manufacturer. Your brand logo and graphic application does not have to compete for visual real estate with a gear manufacturer’s name and logo. Example; racers uniforms in all other forms of motorsports. In addition, since the motorcycles are owned by Canvas MX we have complete control of the graphic application there as well.
Utilizing aggressive pre-race PR will give major media outlets a news story that will increase the visibility of having a new title sponsor for each round. We believe that the entire program will exceed the expectations of companies that partner with us.
Please call or email me. 909 499-7424, [email protected]
Thank you, Michael LeibCanvas MX www.canvasmx.com 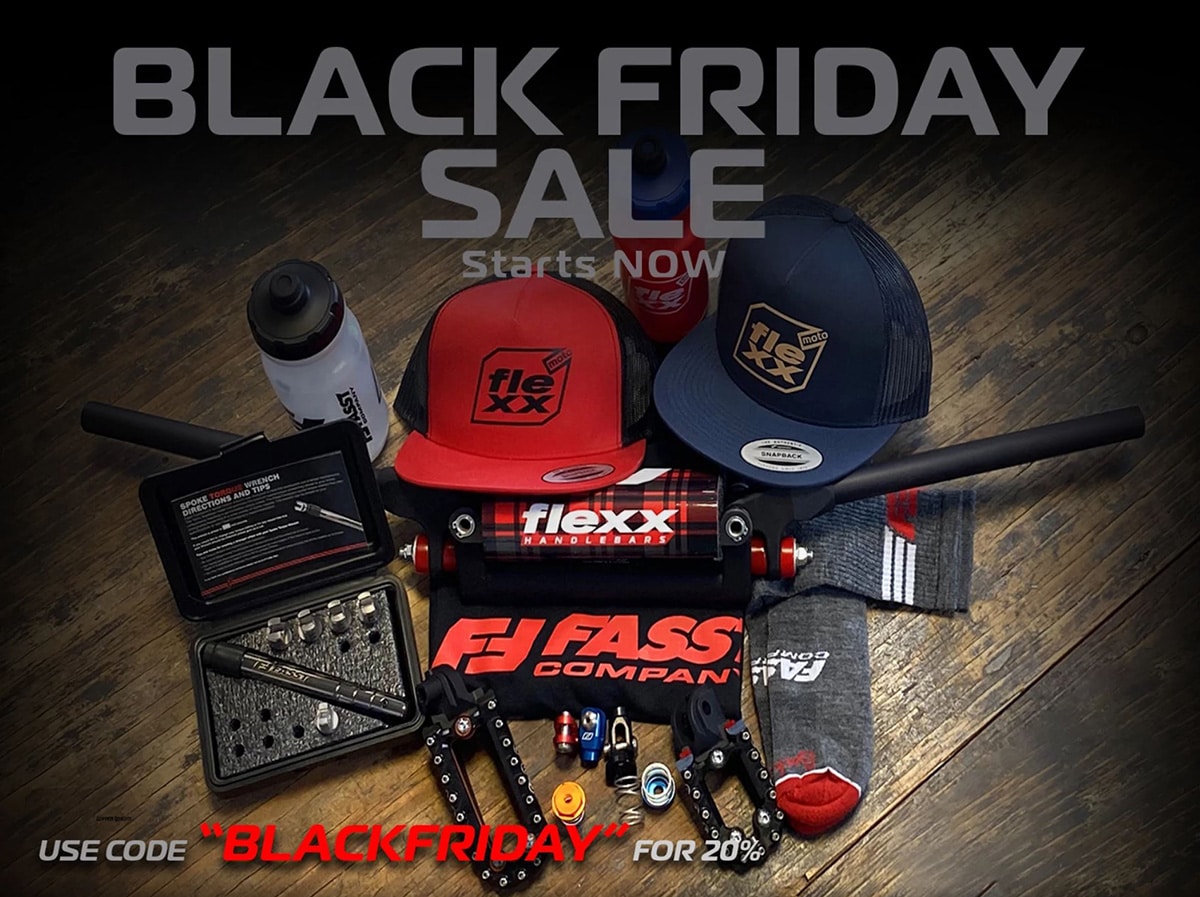 Fasstco not only is the weekly sponsor of Ron’s Wrap, but the company makes the most innovative handebar in the motorcycle world. Click on the image above for a Black Friday deal on the original Flexxbar. 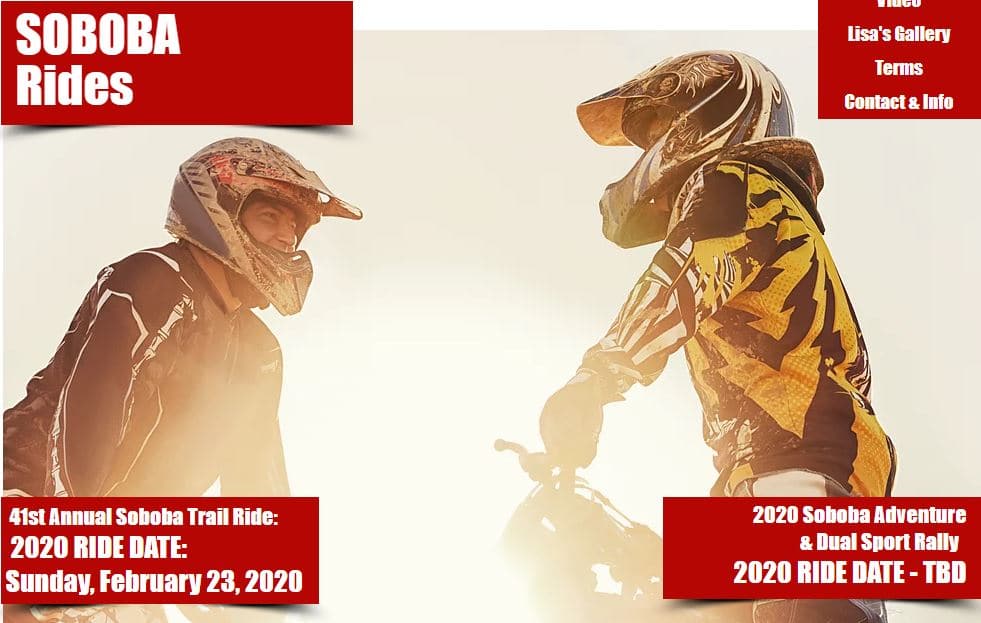 The Soboba trail ride is coming. The Soboba Indian Reservation will also host other events this year including adventure ride. Click on the link above. 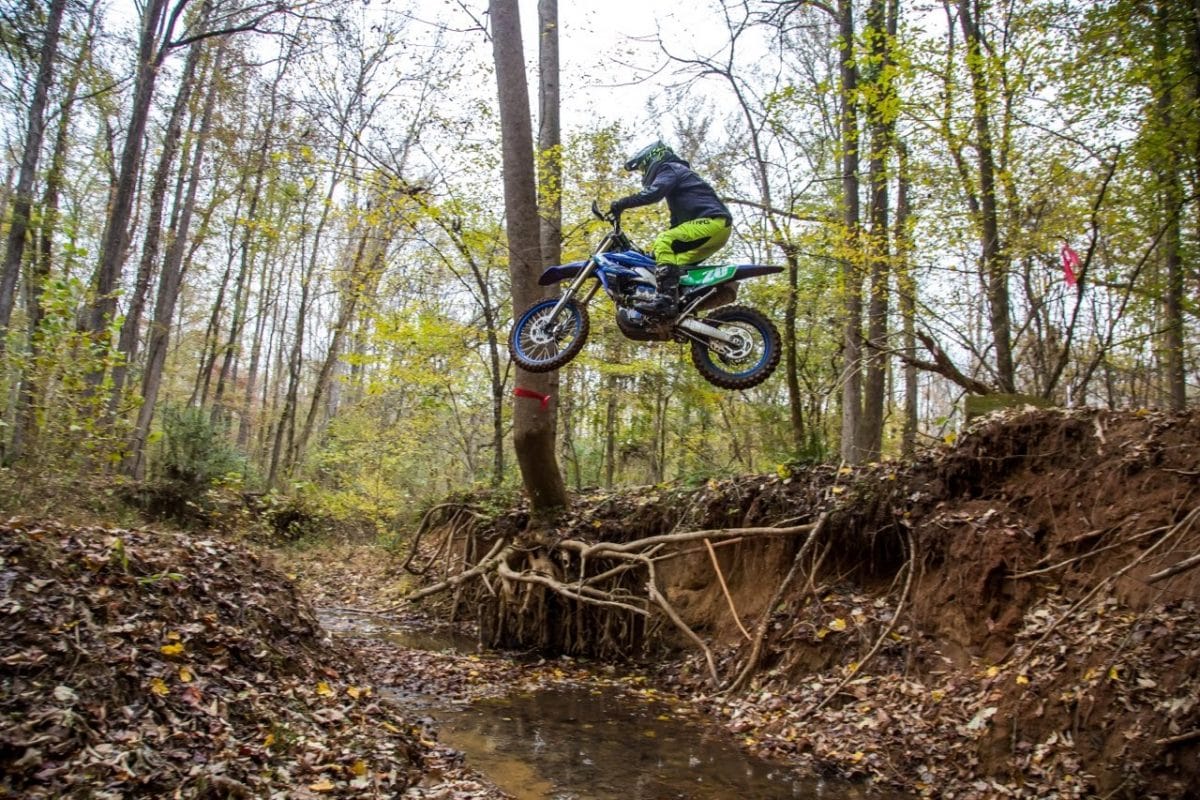 Last week was all about Yamaha’s off-road introduction in Union South Carolina. Mark Tilley, Travis Fant and I got to spend days riding the YZ125X and the YZ250FX on Randy Hawkins’ personal riding reserve. Travis actaully shot a cool photo of me–that never happens! For some of the stories we came back with, click the links below.