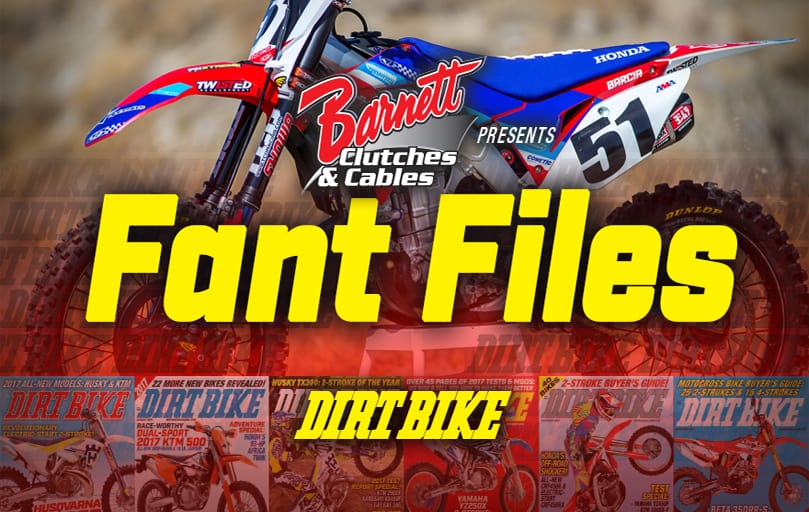 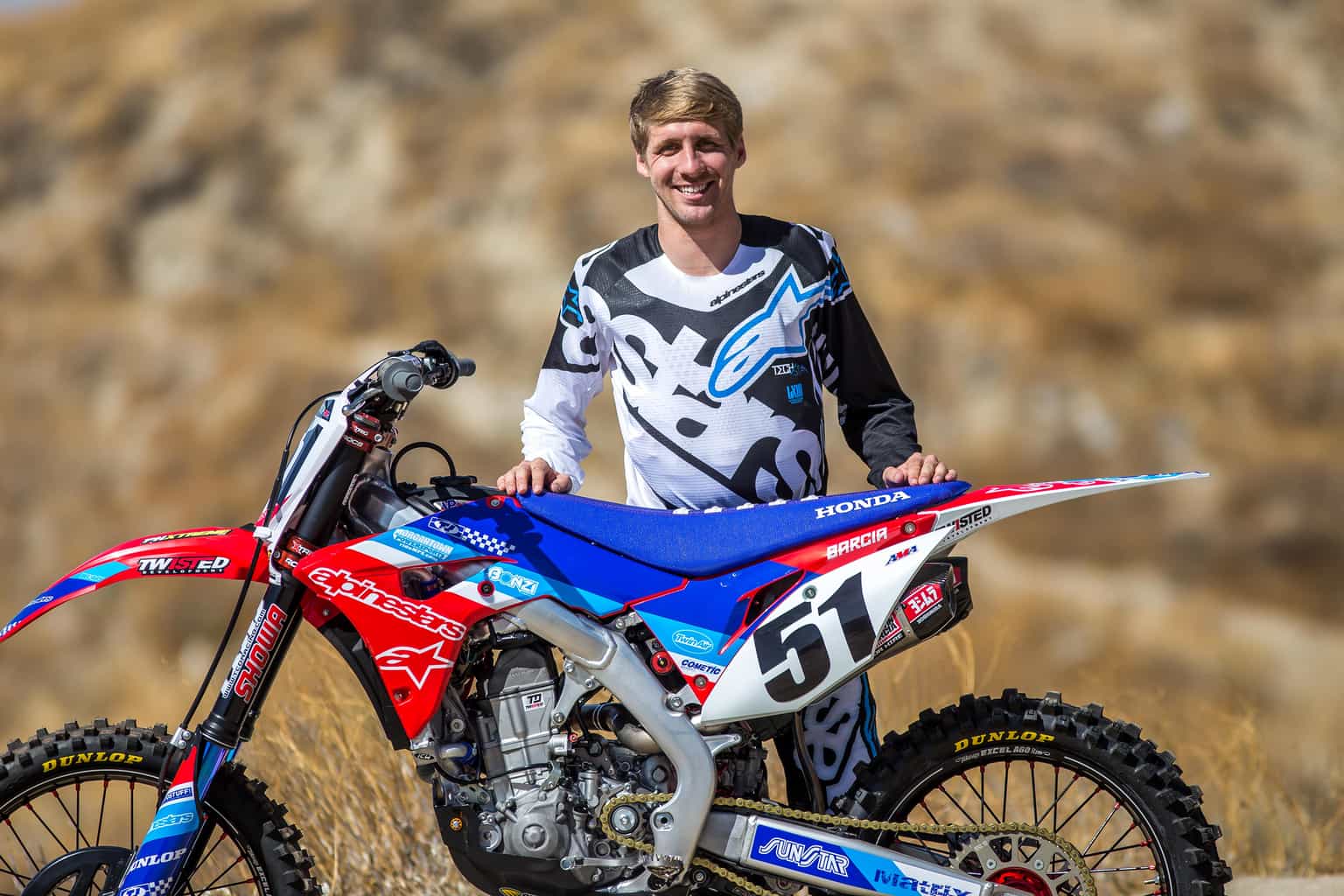 After the past several years under the JGR semi, Justin Barcia has parted ways and doing things on his own. Here Justin is with his 2018 Honda CRF450 equipped with a handful of products from sponsors. 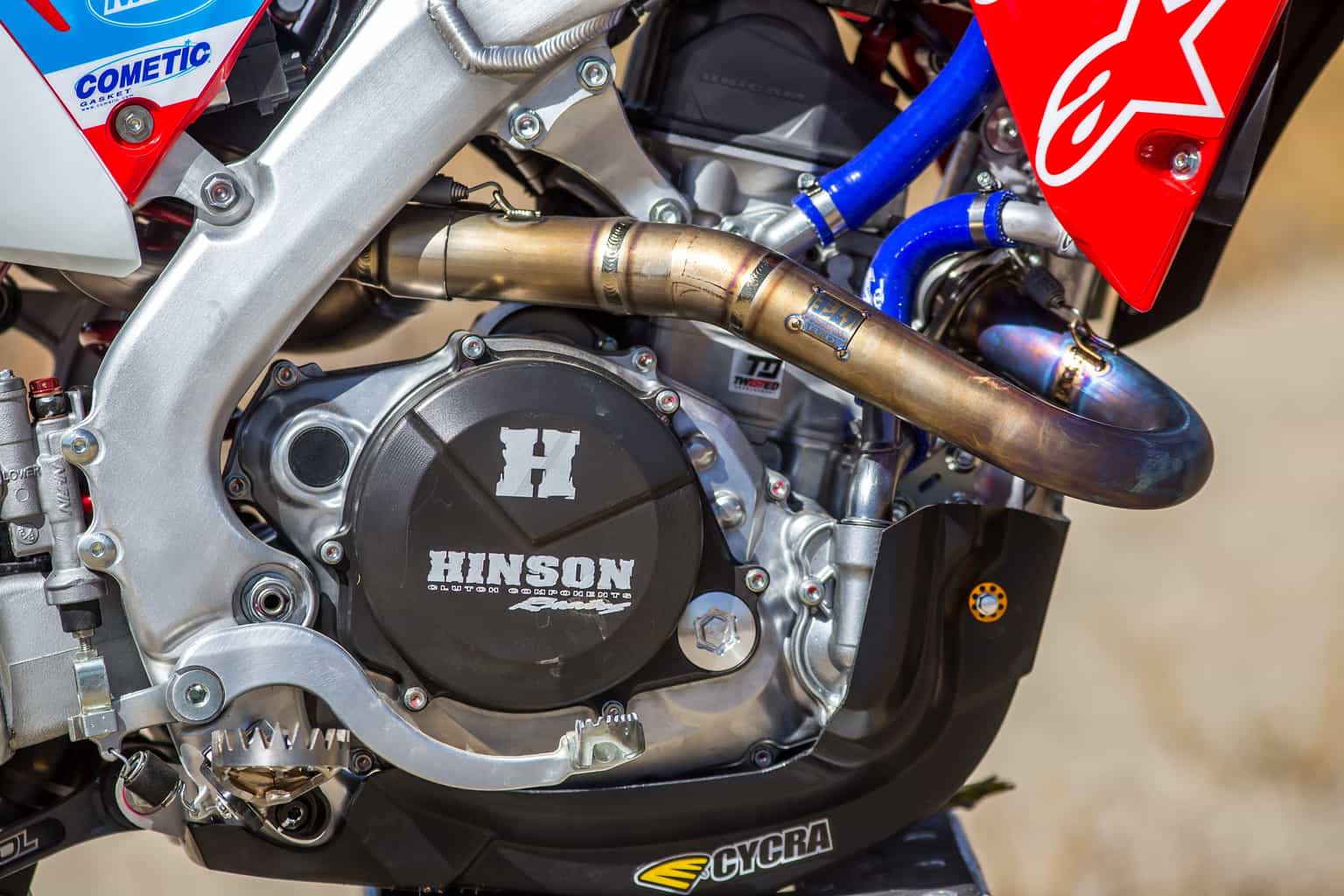 Hinson clutch components, Yoshimura exhaust system, and Cycra plastics are just some of the companies that have chipped in to help Justin get a bike together for Monster Cup. Justin said he reached out to old sponsors and people he’s had a long relationship for help. 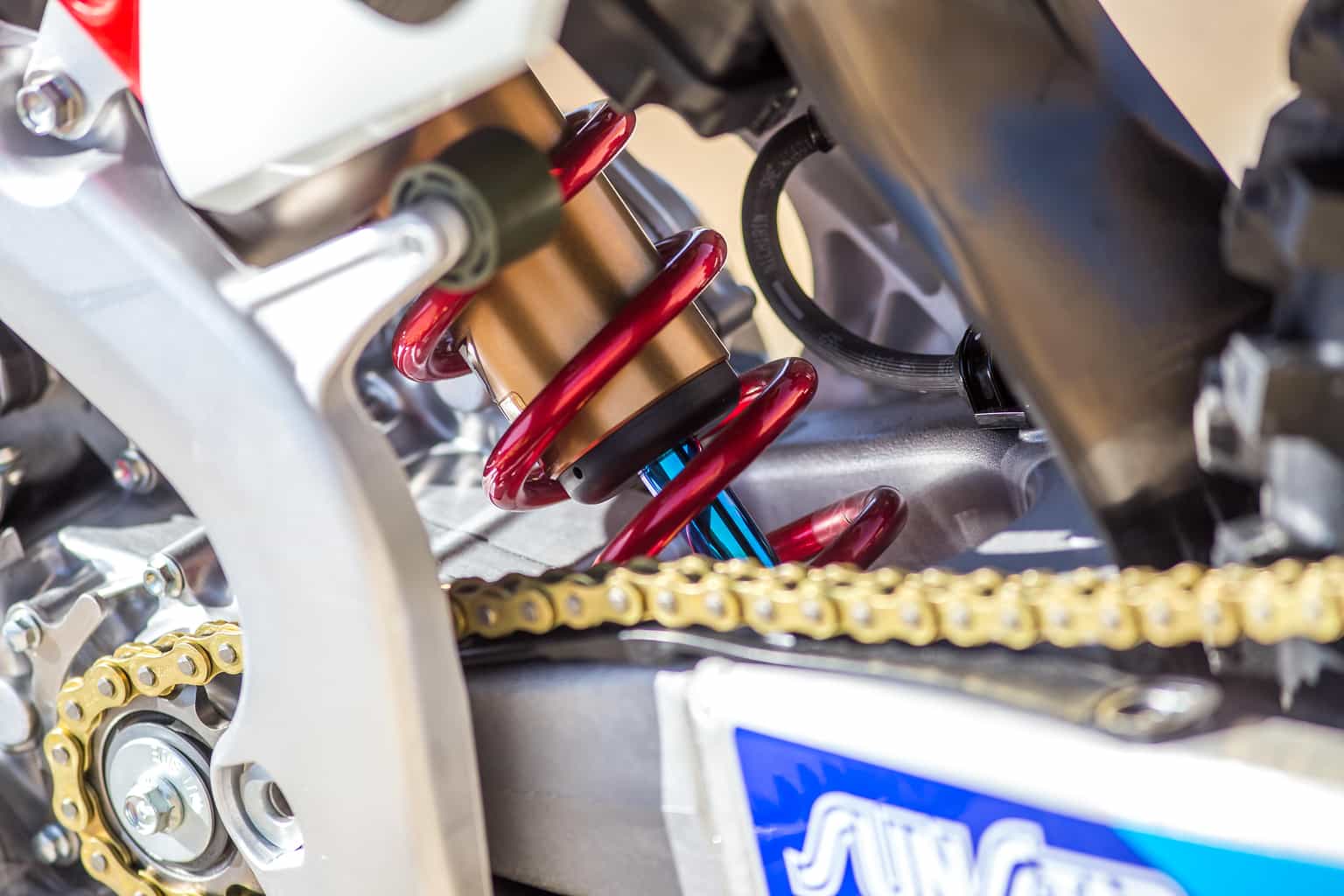 Tech Care Development and Bonzi suspension did all the tuning to Justin’s preferences for supercross. Check out the trick rear shock on Justin’s bike. 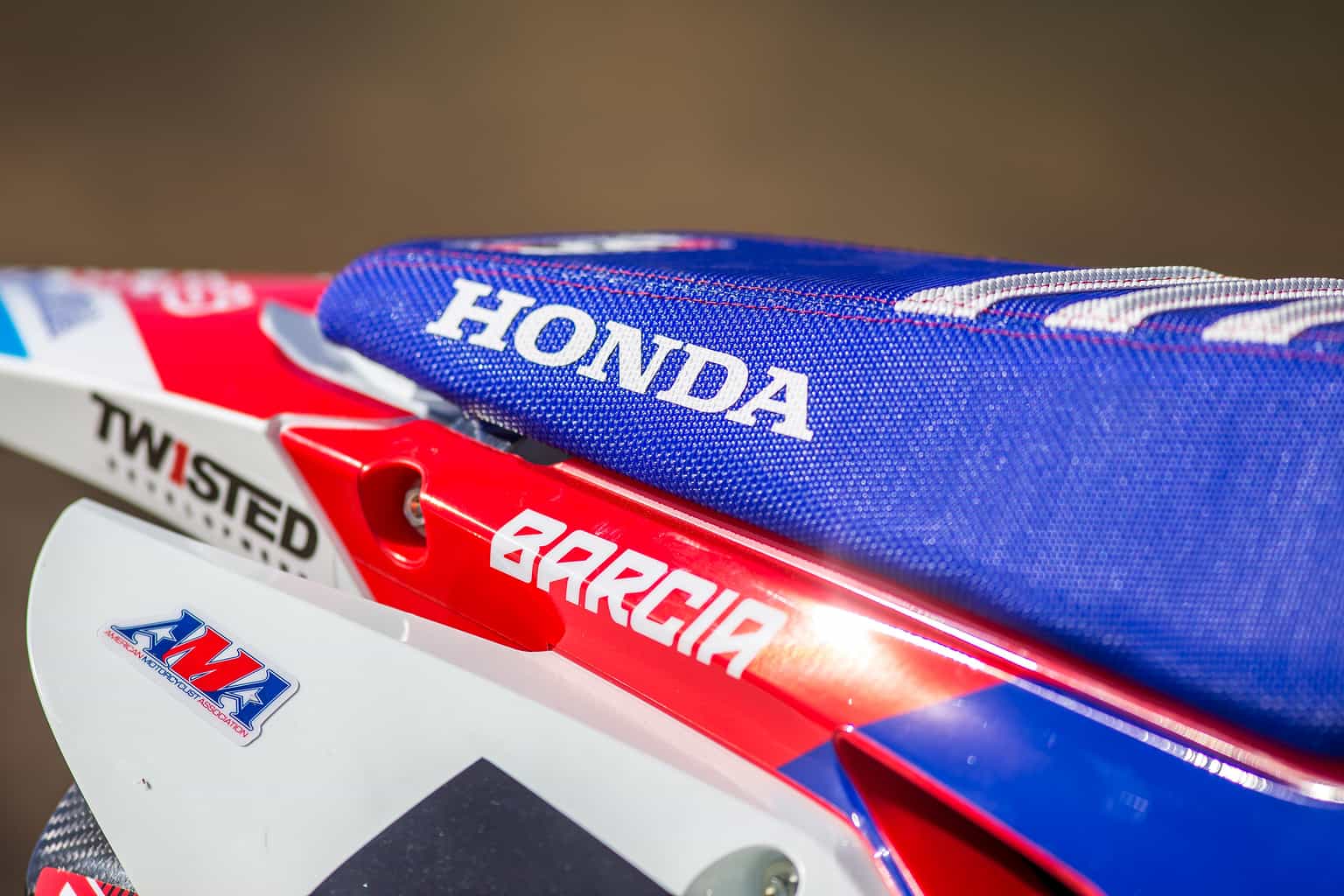 Throttle Jockey was in charge of the graphics and color scheme of Justin’s bike. They did a unique blend of red, blue, and a light blue with ribbed seat cover seen here. 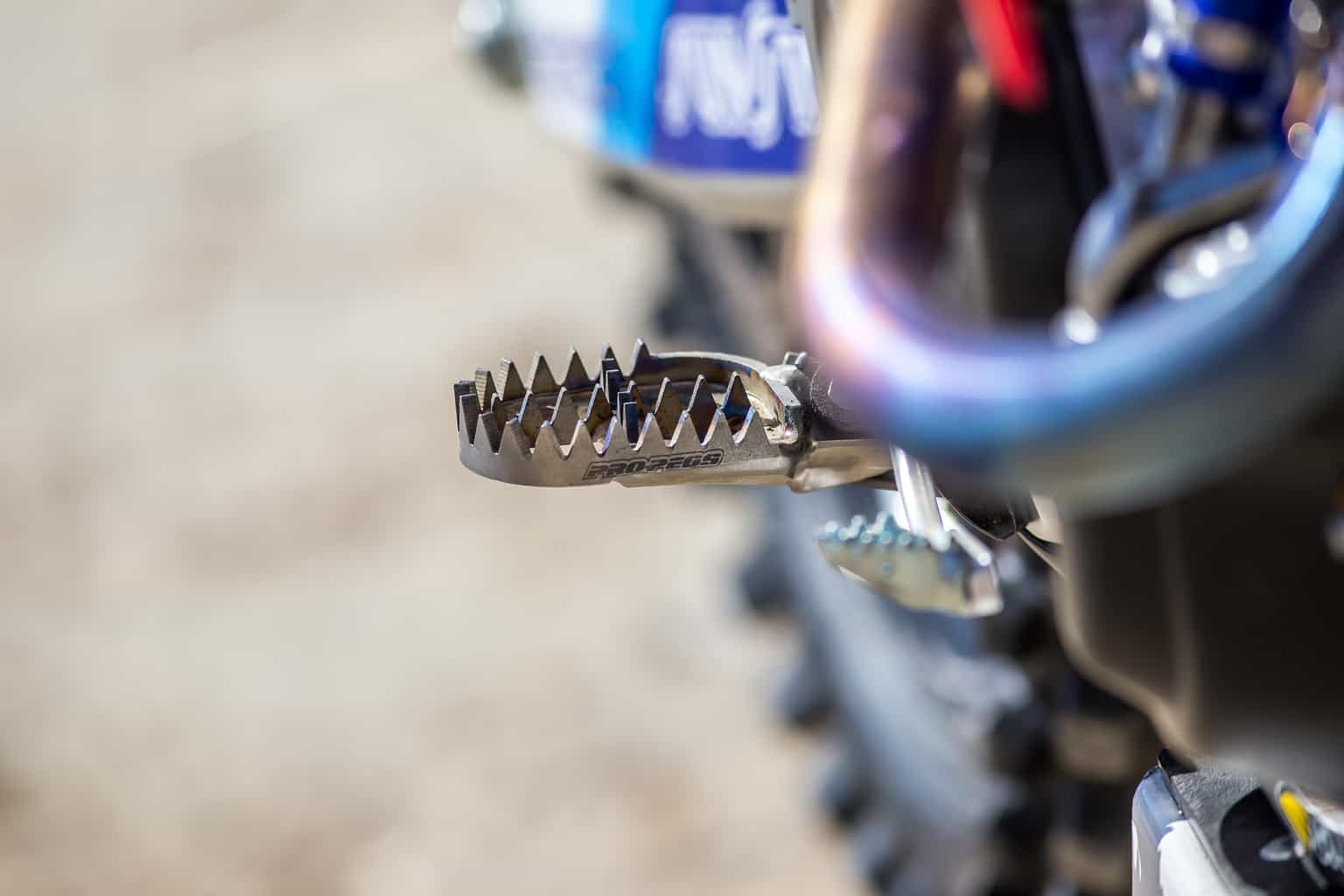 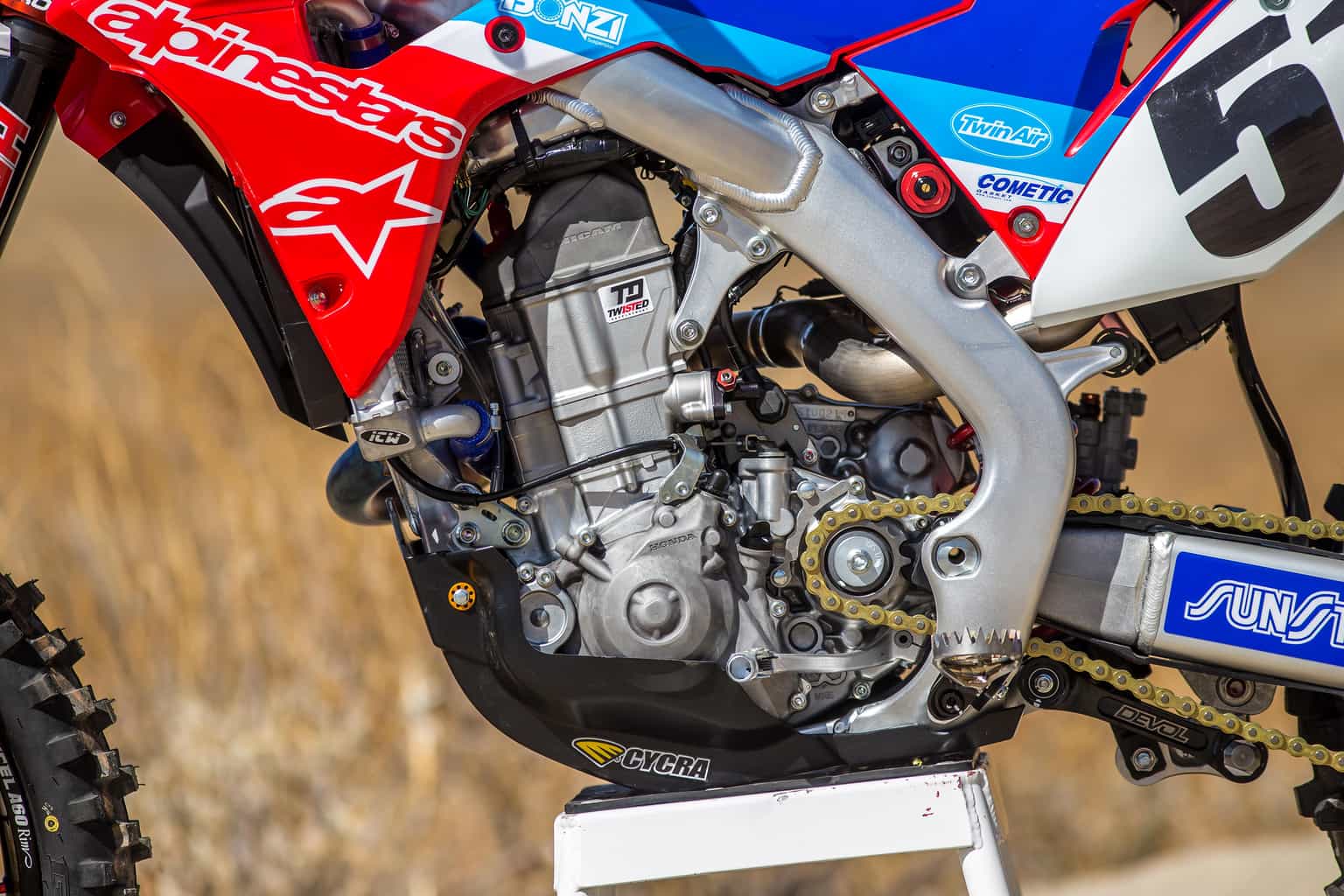 Twisted Development was head of the motor department. Although this may be considered a privateer effort there is nothing slow about this bike. The Twisted Development crew have worked on plenty of A list riders in the past and have built a repertoire in the industry for superior motor building. Justin has ridden on plenty of factory machines and said he was impressed on the power of this bike. 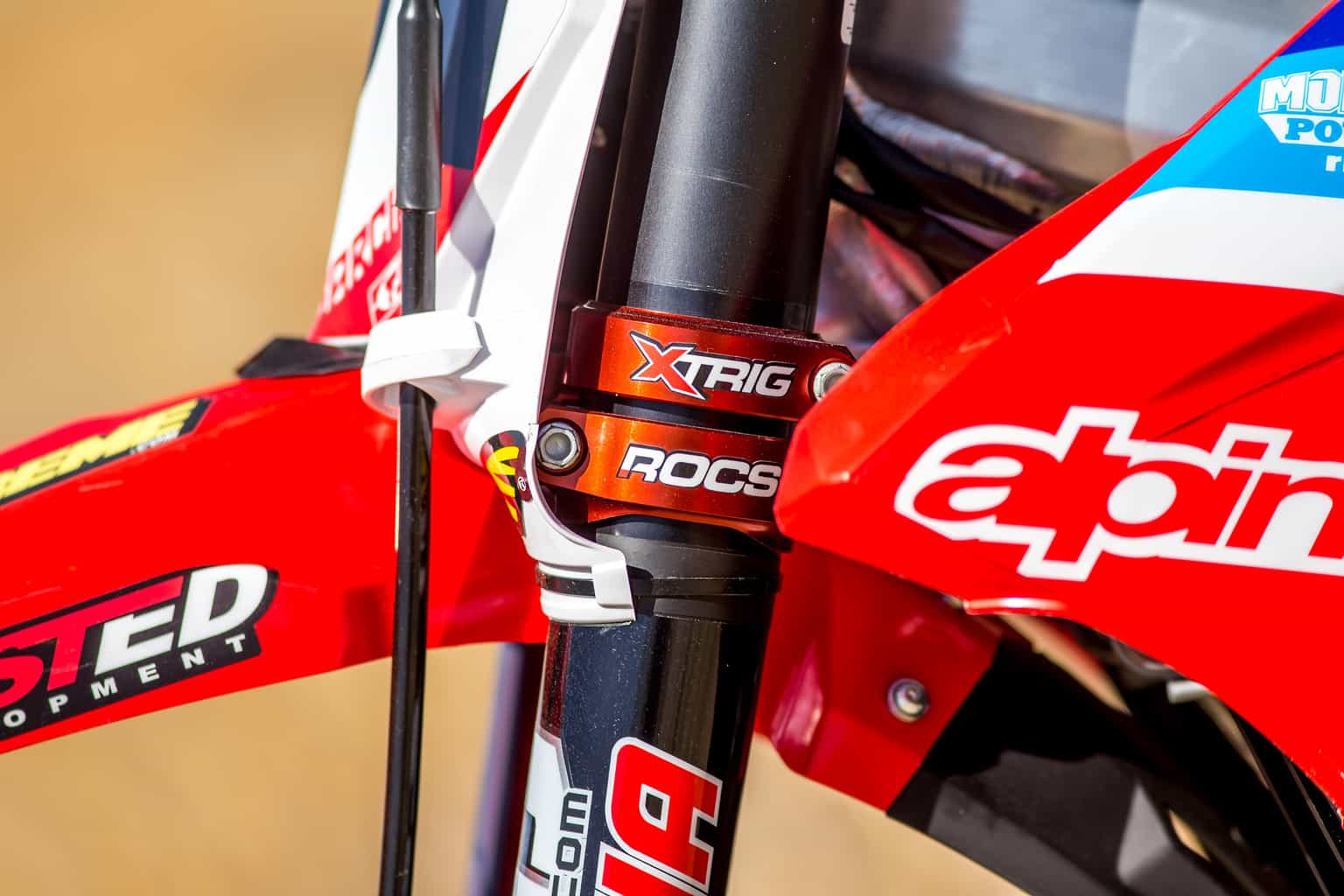 X Trig Triple clamps were mounted at the front to the Showa Suspension. 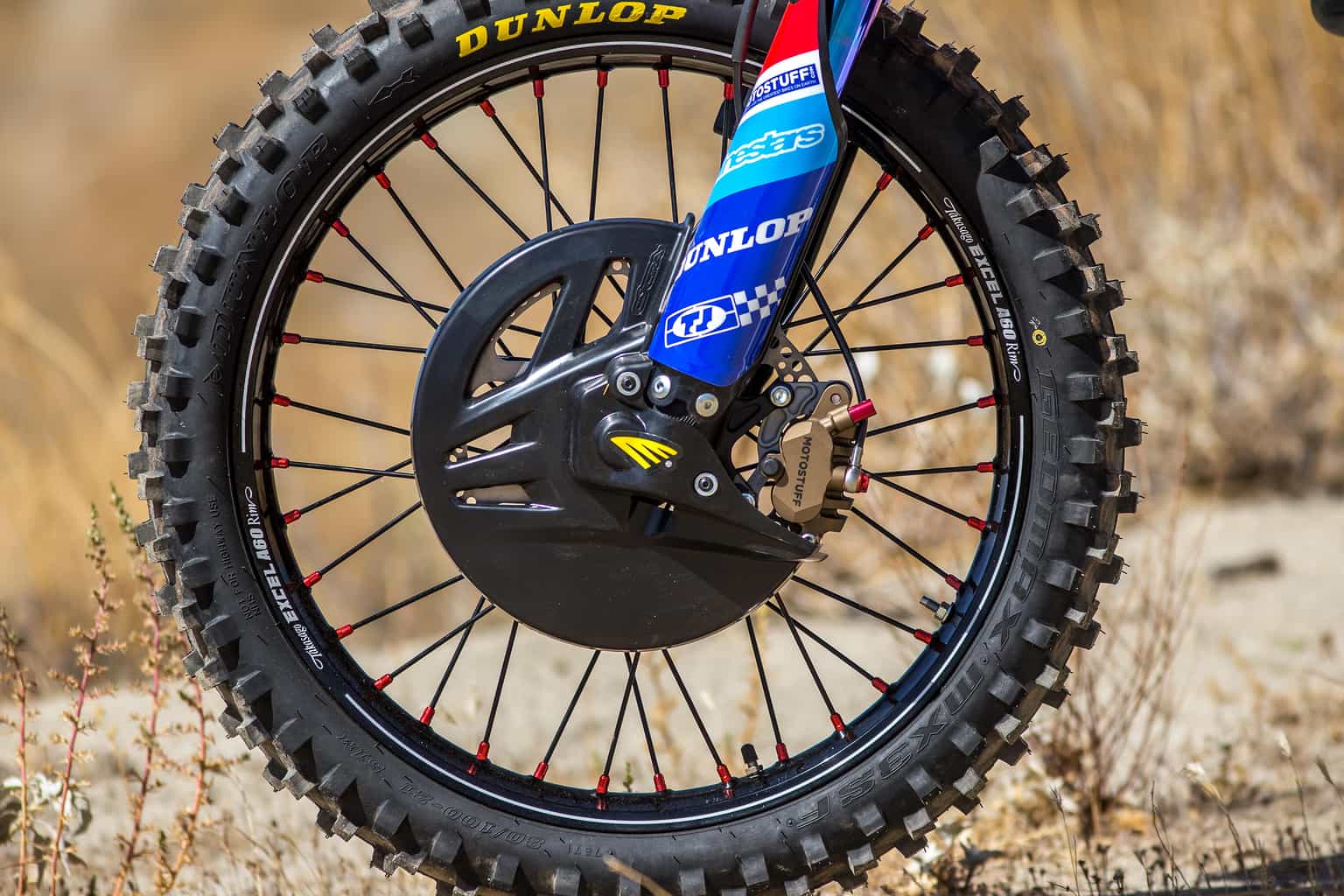 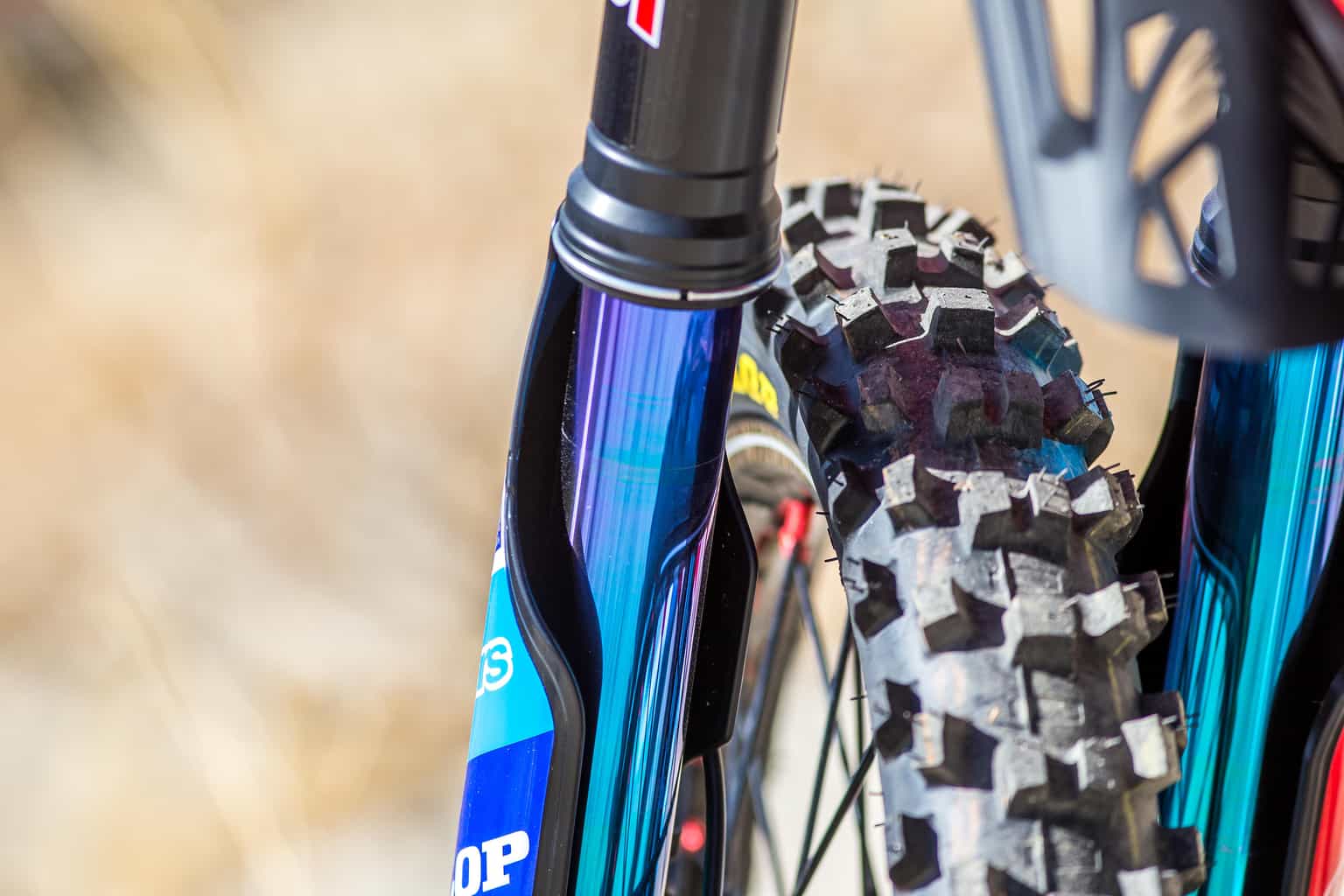 A closer look at the coated Showa front forks. 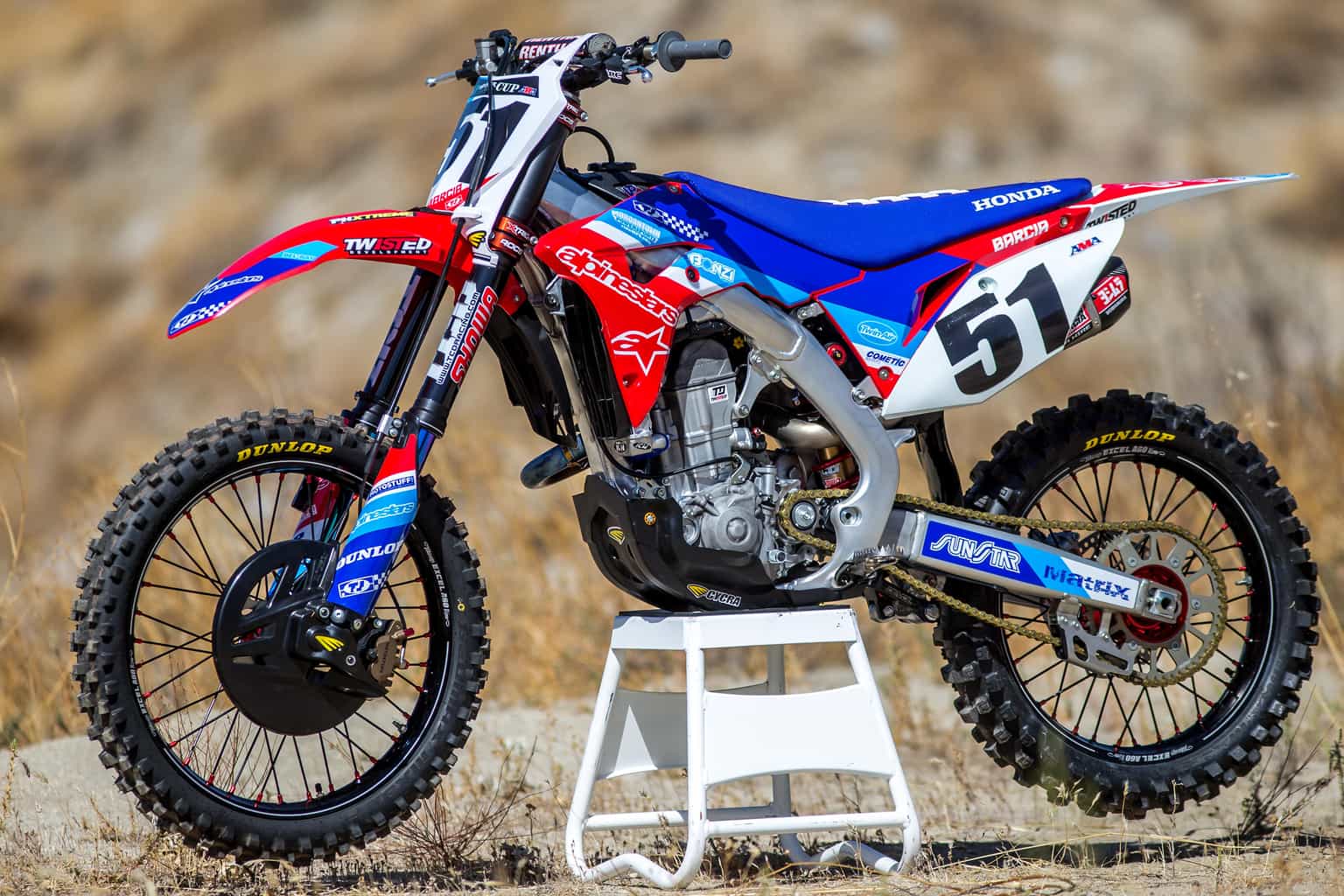 It is hard to believe a bike this nice is considered a “privateer bike”.  Justin told us he was really thankful for all the help he has received in such a short amount of time. 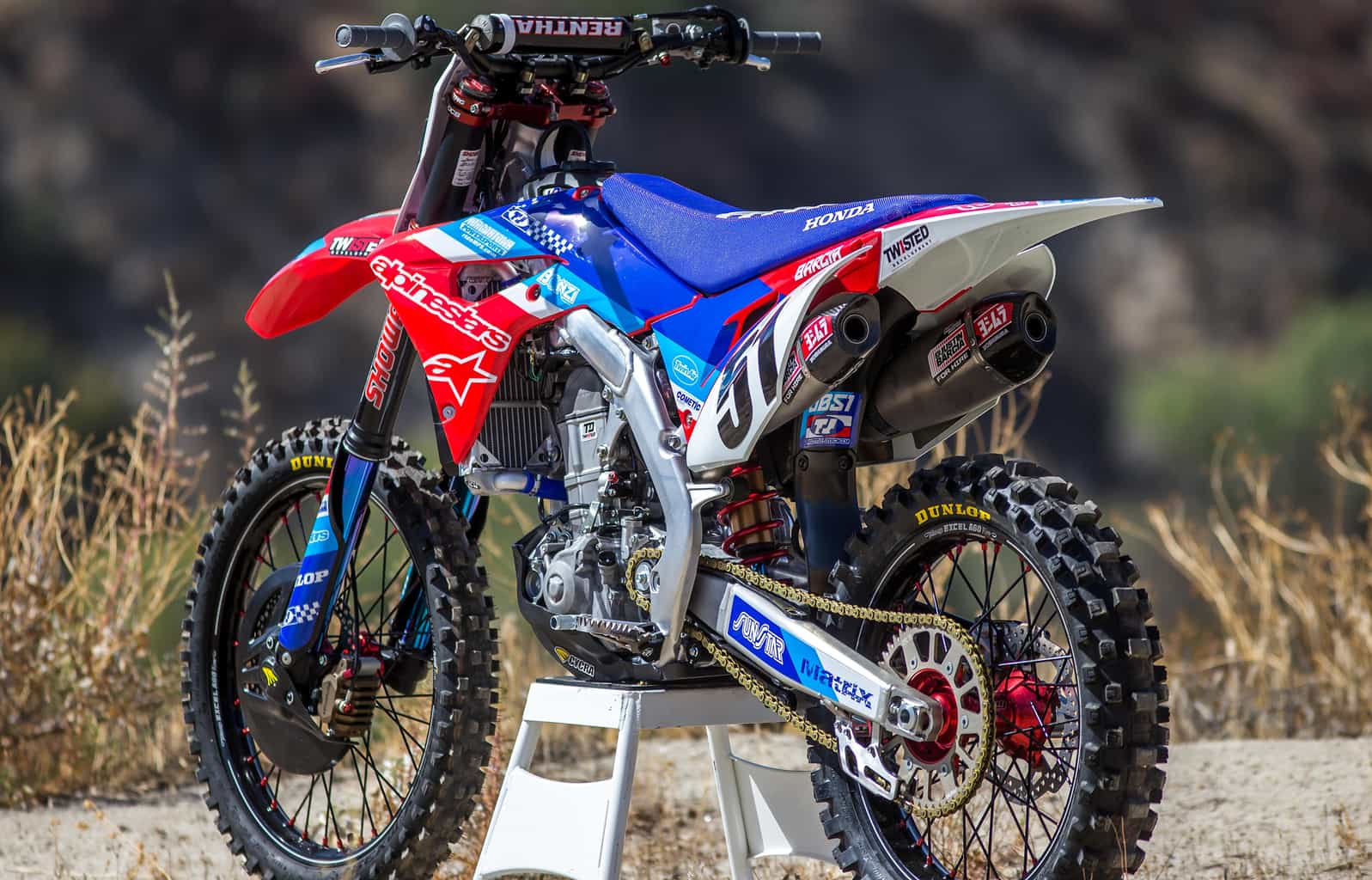 The back side of Justin’s CRF450 featuring Yosh exhaust with a sticker that says “for hire”. A creative and fun approach to look at his new privateer lifestyle for Monster Cup.

We spent 2 days with Justin in Southern California as he shook down the bike and made changes to better suit his riding for MEC. Below are some images of testing at MX 707 in Hemet and Pro Circuit’s Supercross test track at Glen Helen. 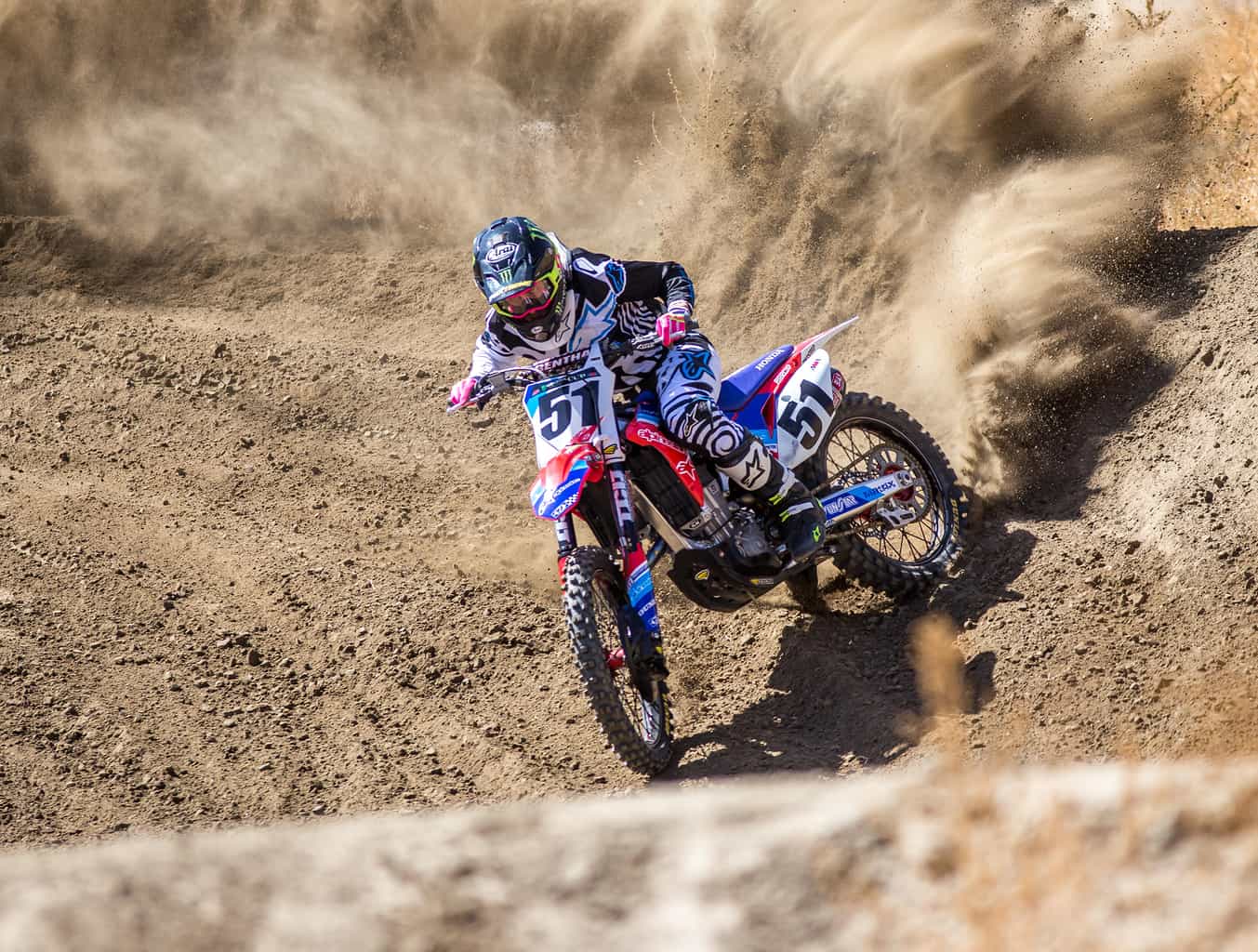