HOWES AND BENAVIDES READY TO WIN AT THE DAKAR 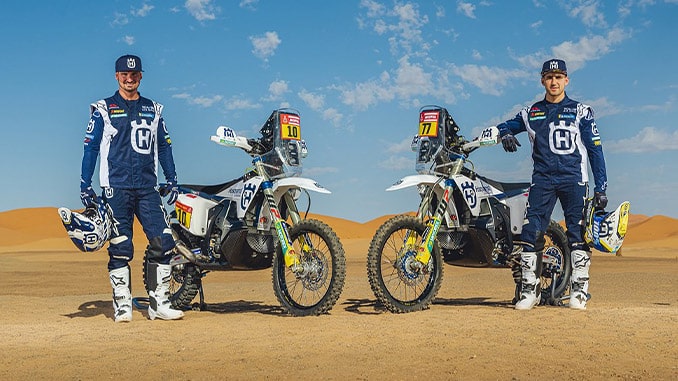 Husqvarna Factory Racing’s Skyler Howes and Luciano Benavides are in the final stages of their preparations ahead of January’s Dakar Rally. With both riders enjoying a stand-out 2022 season, the FR 450 Rally mounted teammates will be looking to carry their excellent form into the 14-stage rally, which starts in less than one month’s time. The 2023 event promises to be one of the toughest ever with long, timed specials and several new-for-2023 rule changes that will test the riders, and the team, to the maximum.

The 2022 season didn’t start in the best way for either Benavides or Howes, with both riders enduring disappointing Dakars for different reasons. While Luciano spent the rally fighting back from a tough first day where he fell foul of some unpredictable navigation, Skyler crashed out of the event on day five. Both riders returned to action at round two of the FIM World Rally-Raid Championship however, the Abu Dhabi Desert Challenge, and claimed top-10 results after putting in strong performances while racing through the UAE desert.

After a long summer break where the duo raced in several local events as well as spending weeks with the team developing and testing their FR 450 Rally machines, they resumed their world championship campaigns at round three in Morocco. It was during this second half of the season that all the hard work paid off, as Howes went on to claim his first ever world championship victory with a win at the Rallye du Maroc, leading Benavides home for a Husqvarna Factory Racing one-two. Then at the Andalucia Rally in Spain, Luciano secured a second consecutive world championship podium result with an excellent ride to third place.

More than happy with the feel and performance of their machines, and both in top form physically, both Howes and Benavides now look ahead to the first round of the 2023 FIM World Rally-Raid Championship, namely the Dakar Rally, which starts on December 31st in Saudi Arabia. The 14-stage event promises to throw up several new challenges to all competitors in terms of long timed specials and even more technically demanding navigation. With just weeks to go before the event starts, Husqvarna Factory Racing are definitely up for the challenge.

Skyler Howes: “I’m super excited for Dakar 2023. The rule changes we’ll have, the longer format, and the tough navigation they are promising, that all suits me and my style well. It’s going to be tough, that’s for sure, but I’m ready to give it everything I have. It’s all in the past now, but I guess things started out pretty rough for me this season – having to withdraw from the Dakar on stage five was obviously a big blow and it took a long time to recover. I went into Abu Dhabi way less than 100% but was able to finish the event. After that things started to turn around – I took the win at the Silver State 300 and the Vegas to Reno races, which was great. But then the victory at the Rallye du Maroc was on another level. It was my first world championship win, and something I had dreamed about my whole career. Those results, along with all the testing I’ve done with the team and the development to the bike, man I’m going into the 2023 Dakar full of confidence. My own personal training has been going really well, too. We still have another team test to go in December, and then more work in the gym, but I’m really excited for Dakar 2023.” 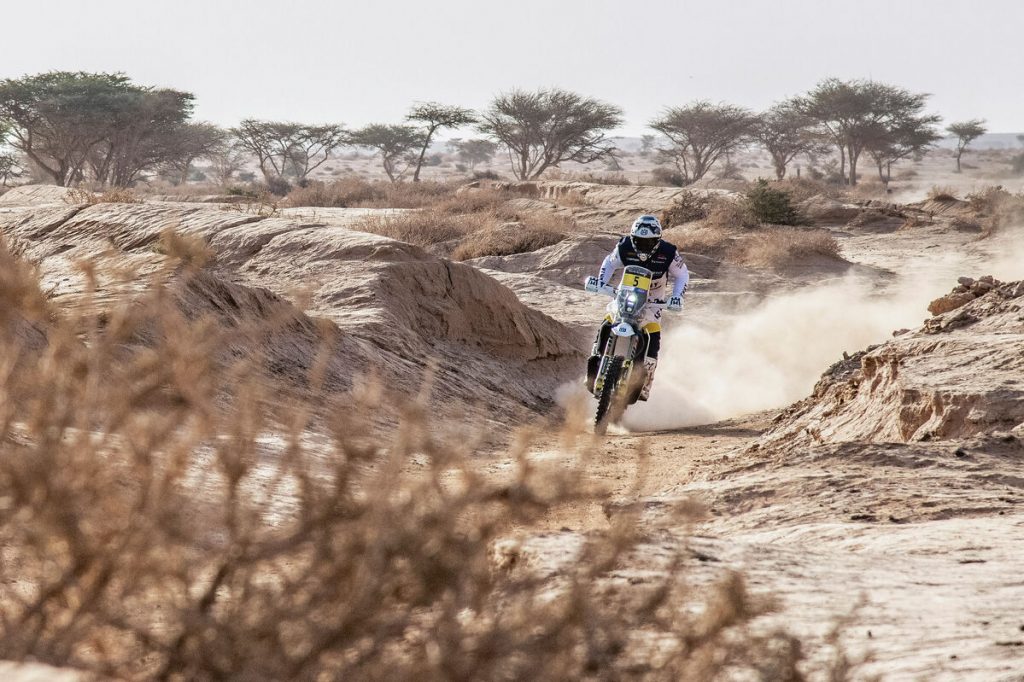 Luciano Benavides: “The 2022 season has been the best year of my career so far. I finished fourth in the world championship and had two consecutive podiums in Morocco and Andalucia. That, as well as a stage win in Abu Dhabi while also opening three stages there has really raised my confidence. My Dakar back in January was good, too. Although the first day was tough, I was able to fight back from that time lost to secure a good finish. In terms of performance, I think I did a really good year and want to take that into the 2023 Dakar. Right now, I’m in the best form I’ve ever been in both mentally and physically. And my feeling on the bike is great, due to all the testing and development the team has done this year. Just a few weeks to go now and we’re in for the big one. I can’t wait to get started.” 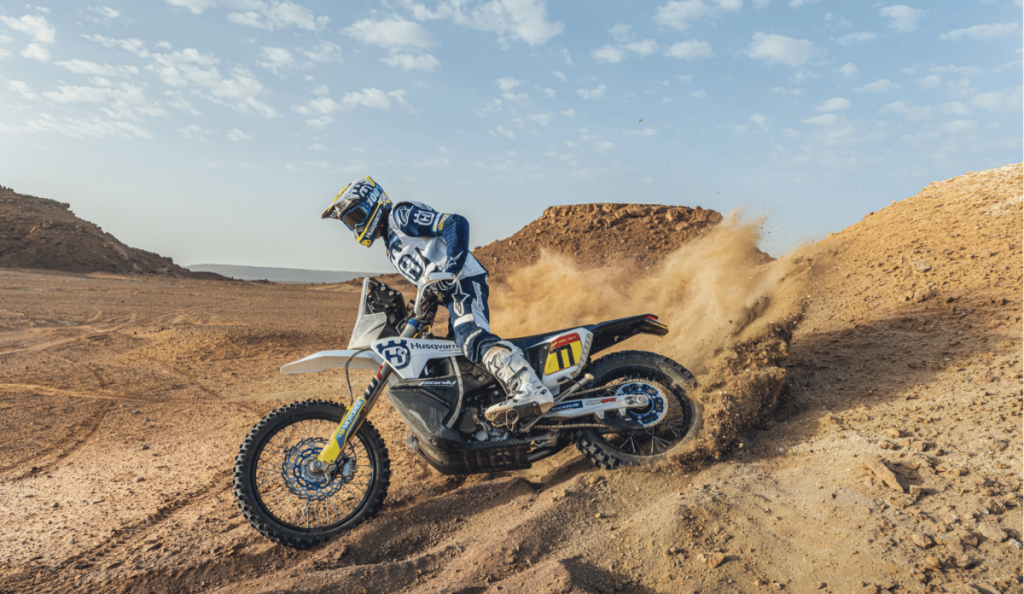 Norbert Stadlbauer – Rally Team Manager: “The Husqvarna Factory Racing team have gone from strength to strength this season, both in terms of their outright speed in the world championship and in other national events where they have secured wins and podium results. The form that both Luciano and Skyler are in right now comes down to a lot of hard work and dedication, and I truly believe that the team will be right up there at the sharp end of the results when the 2023 Dakar comes to a close.”

Robert Jonas – Head of Motorsports Offroad: “We are really pleased with the progress of the Husqvarna Factory Racing team this year. In the latter half of the season, Skyler and Luciano have shown time and time again that they are to be counted with the world’s best. With another year of experience and strong results behind them, I have every faith that the team can look forward to delivering strong results at the upcoming Dakar Rally and throughout the 2023 FIM World Rally-Raid season.”