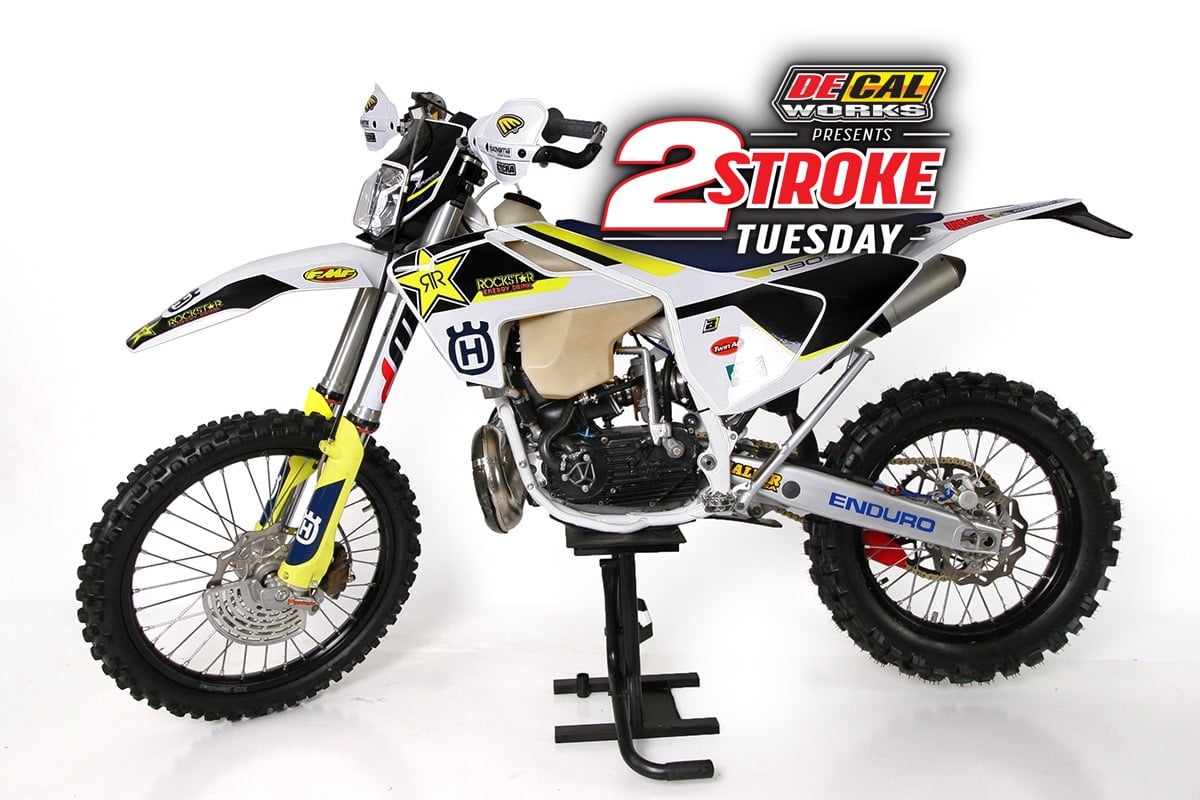 We have been able to report on a variety of unique two-stroke builds over the years but this Husqvarna 430cc Automatic project built by Jimmy Lennox might just be the most interesting machine of them all.  We have a head-to-head battle between two Husqvarna off-road bikes in this week’s 2-Stroke Showdown and a Honda CR500 powered Husqvarna project in our Behind The Build Section. 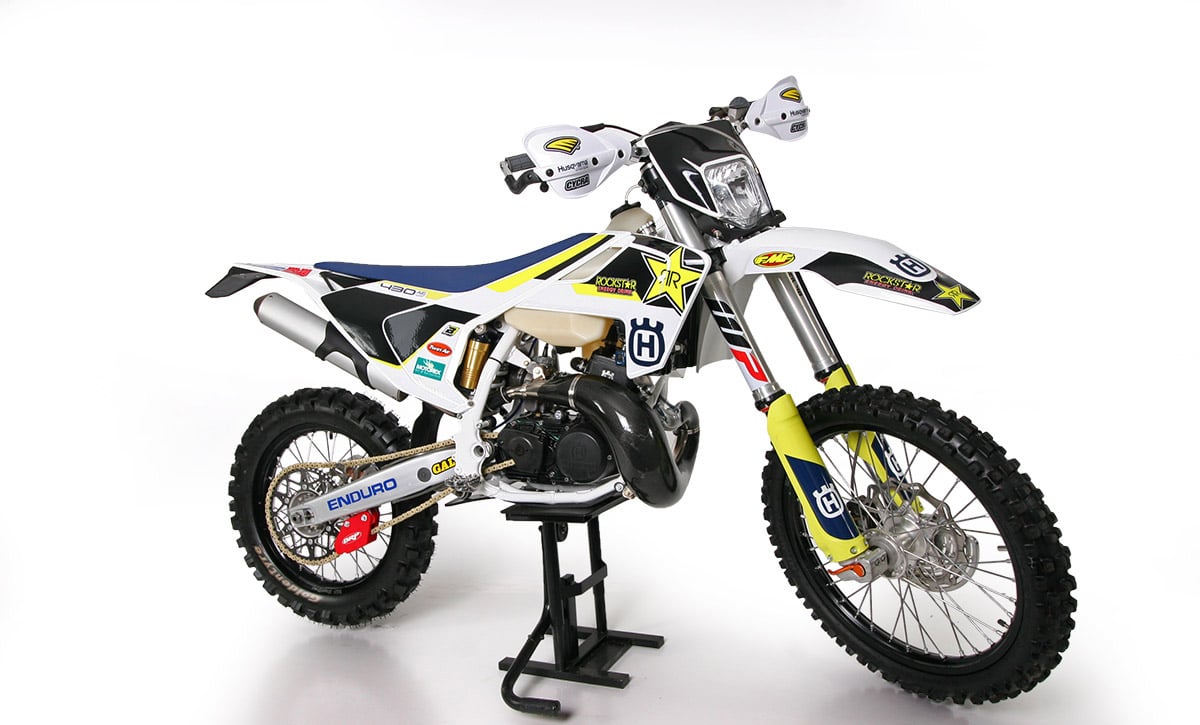 This project is the creation of Jimmy Lennox, who works in the College of Science and Engineering at Wilkes University in Pennsylvania. He was a Husky Auto rider back in the day. That bike reached its peak in 1986-1988, but when the Italians took over, they decided not to pursue it. It was an ingenious design that used three centrifugal clutches; one driven by crank speed and the other two driven by rear wheel speed. In the late ’80s there was outrage that the bike was discontinued. It had won several National Enduro Championships with Terry Cunningham. 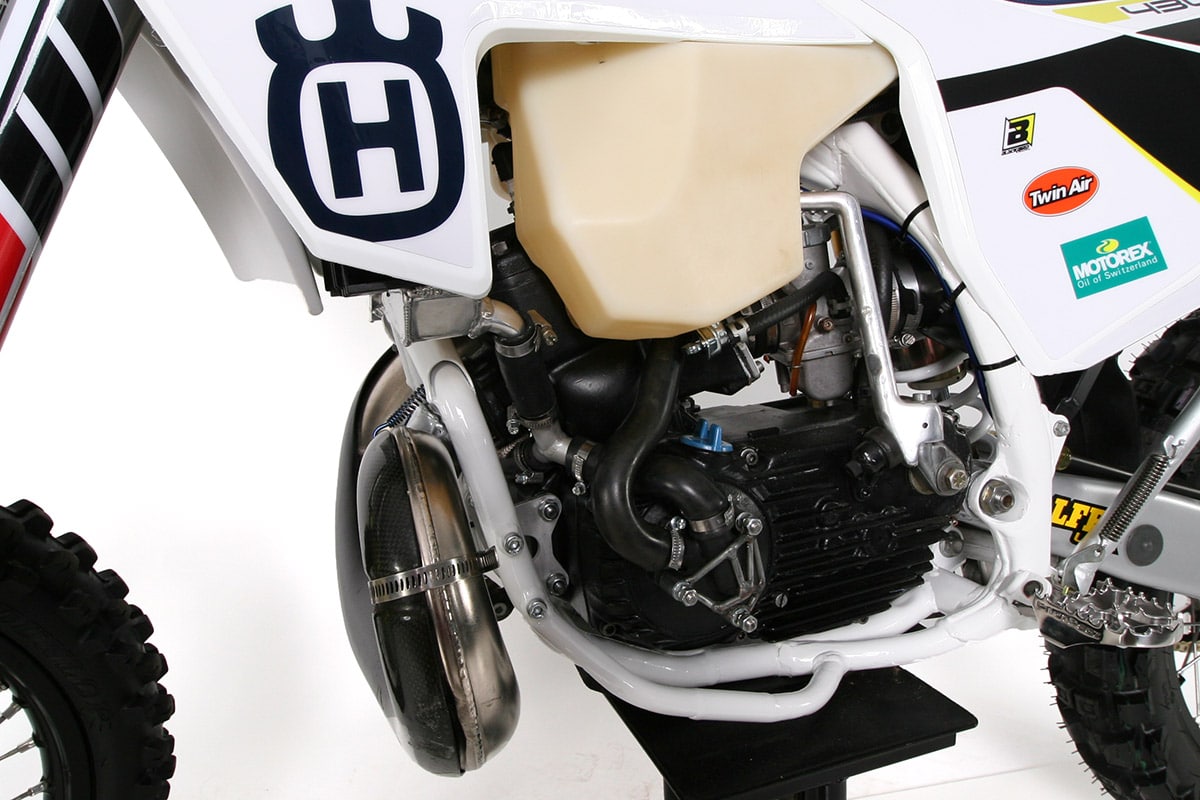 Jimmy created this bike by merging an ’86 Auto motor with a 2008 Husqvarna WR250 chassis and 2019 Husqvarna body work and suspension. That’s Swedish Husky motor, Italian Husky frame and Austrian Husky looks. The motor was built by Kevin Hutchinson in Louisiana, and all the chassis fabrication was by Jim. 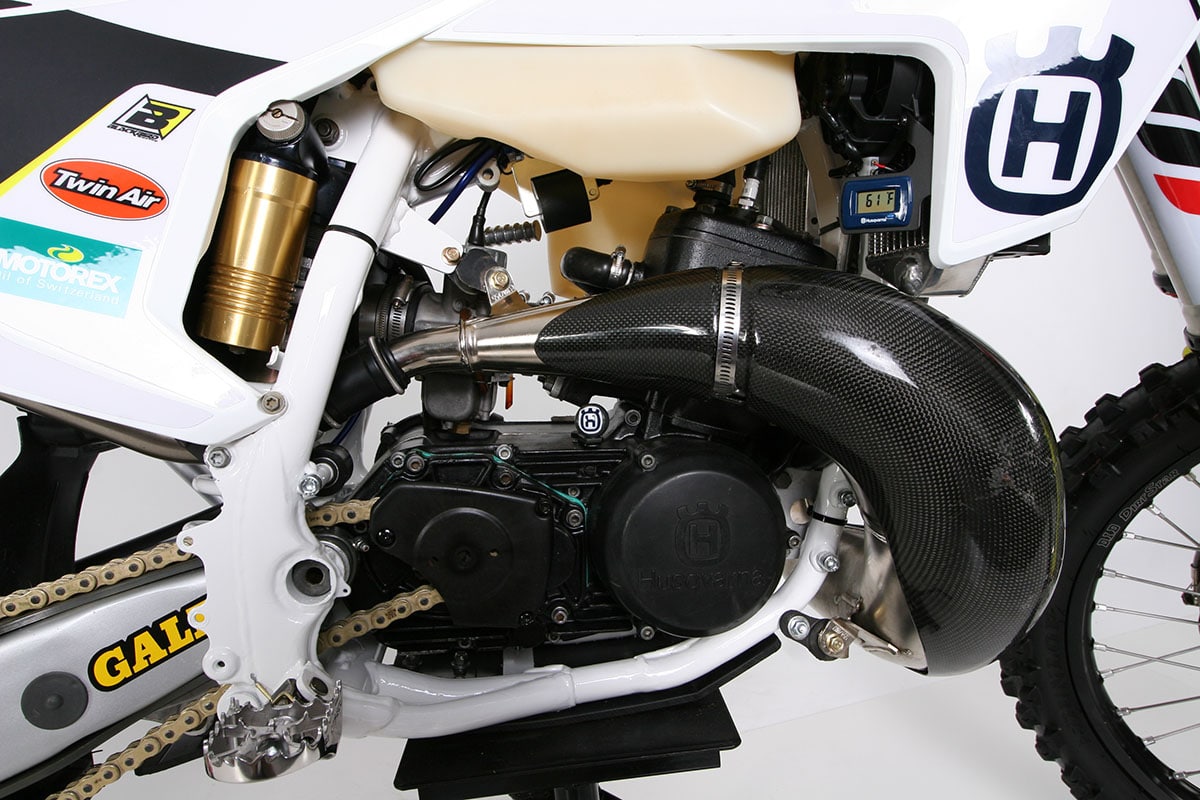 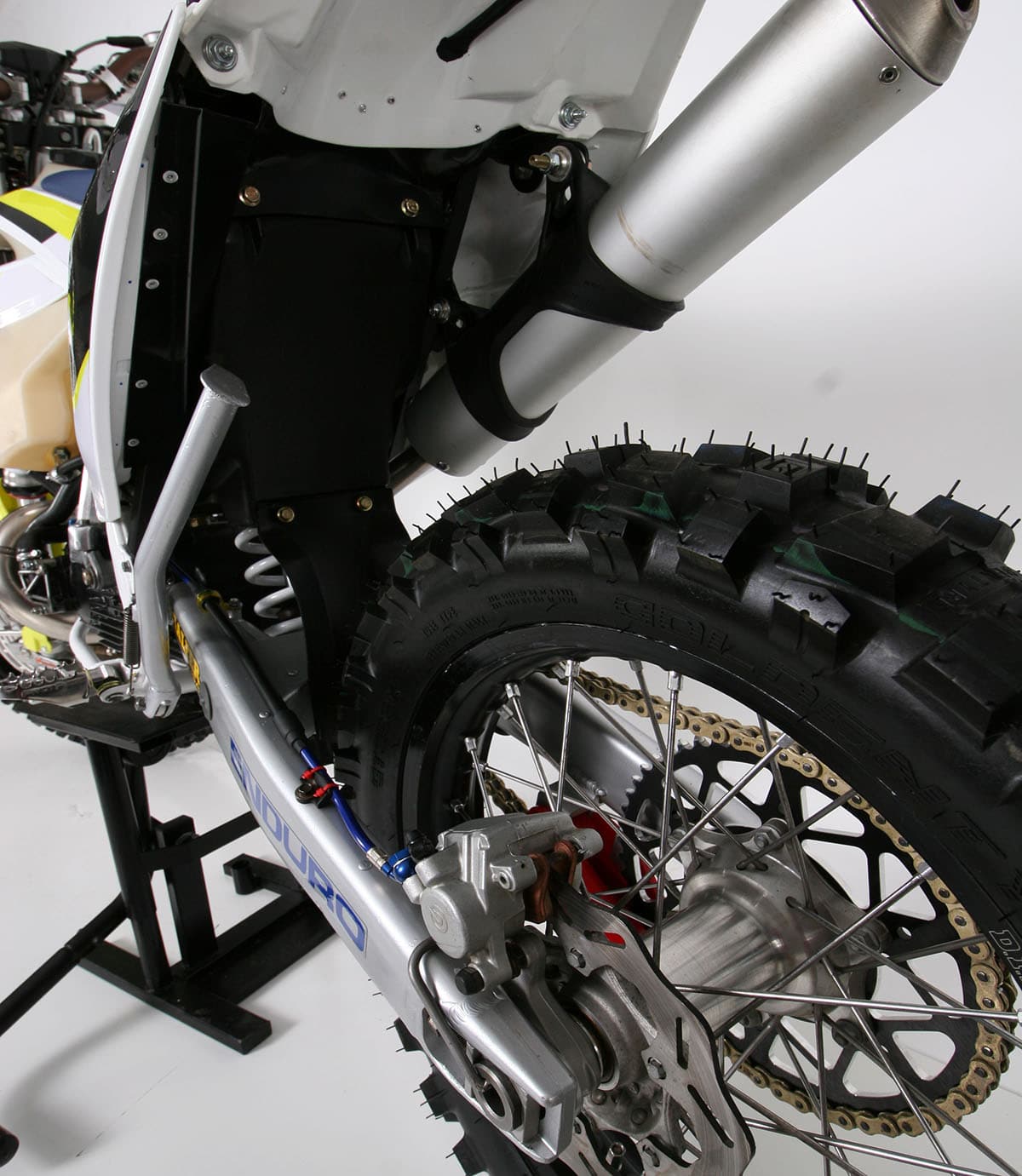 He found most of the parts, including the chassis and the bodywork online. He had to create his own subframe because he couldn’t make the composite Husky airbox/subframe work with the Italian frame. 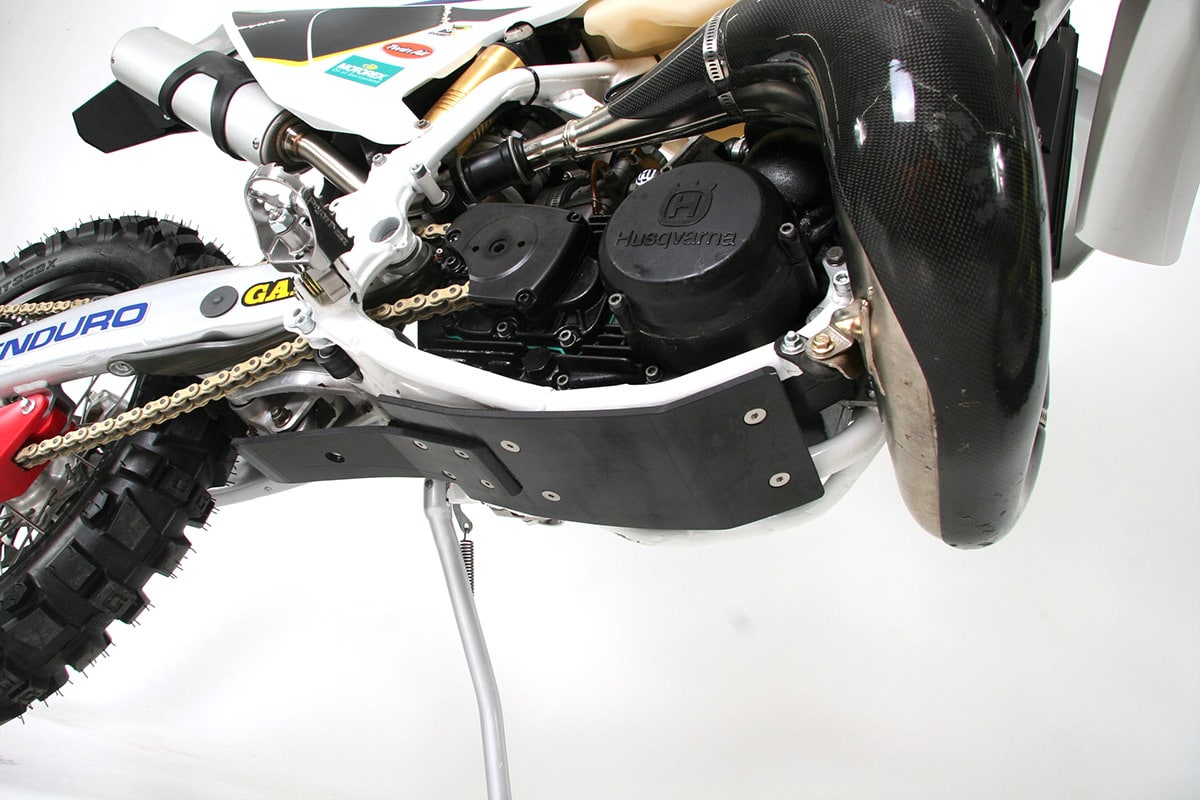 Jimmy fabricated the skid plate and the bike features two hand brakes and no pedals at all. Look for more on the  Lennox Auto in the October 2020 print edition of Dirt Bike. 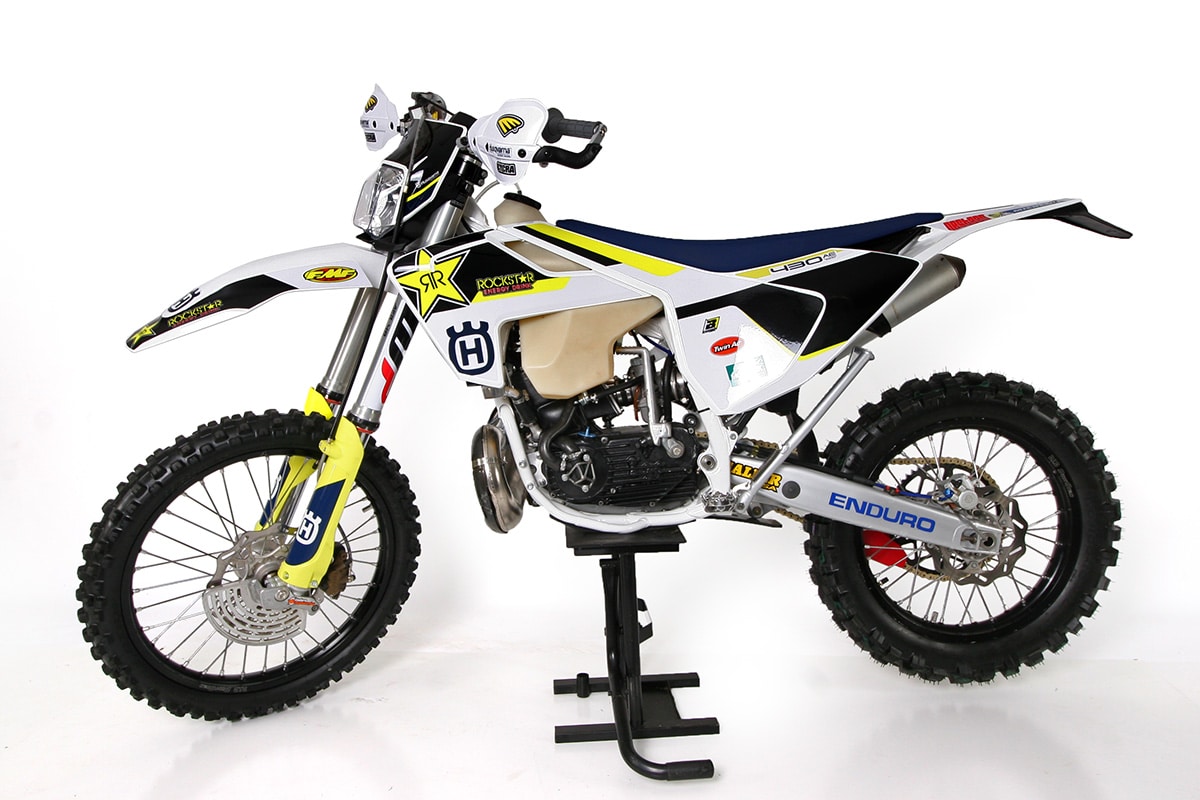 Going with a Husqvarna 300 two-stroke is an easy call. Everyone loves them. But which one? There are two in the 2020 Husqvarna line: the TE300 with the headlight and the more competition-oriented TX300. Aside from the headlight and taillight, are there any real differences between the two? CLICK THE IMAGE BELOW FOR MORE!

There have been plenty of 500cc two-strokes from Husqvarna throughout dirt bike history. But, since the brand’s rebirth a few years back, it has shied away from two-strokes above 300cc. We teamed up with former factory Kawasaki race team mechanic Jonny Weisman, who now owns The Ride Shop in Arizona, to build a modern Husqvarna TC500CR two-stroke of our own. CLICK THE IMAGE BELOW FOR THE COMPLETE STORY.