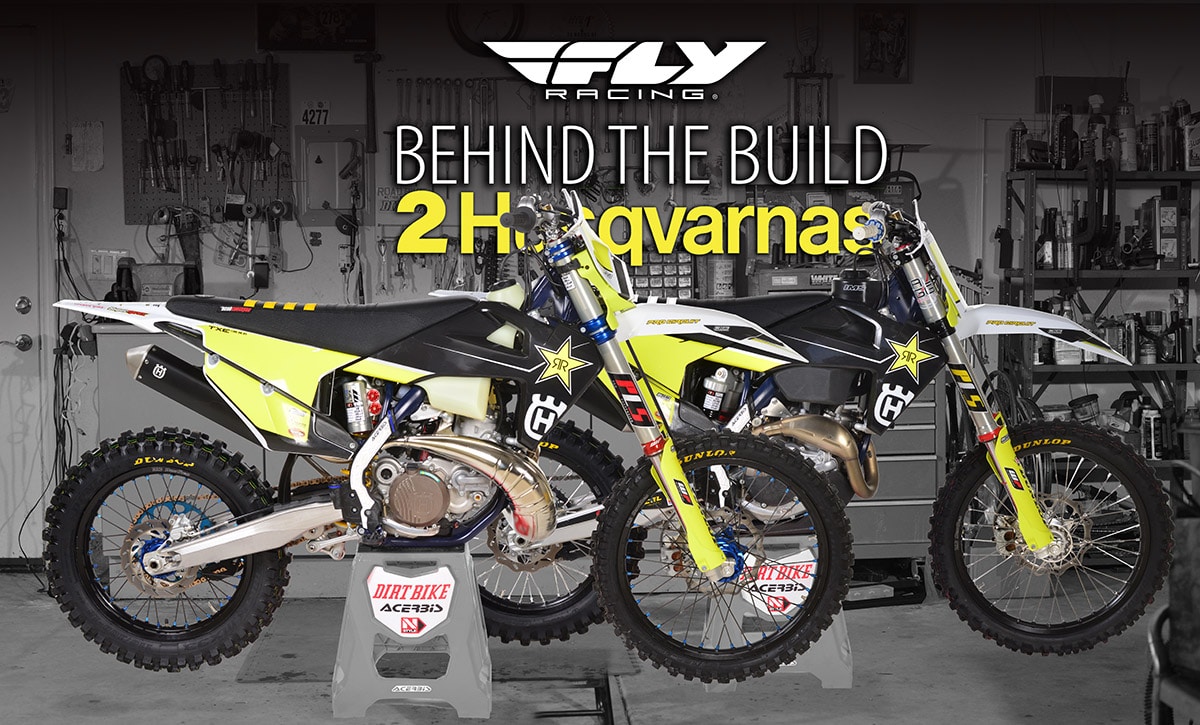 The ISDE Qualifier Series is a 50-year-old tradition in the American off-road racing scene. It came into being in order to cull the freakishly large number of U.S. riders who wanted to attend the International Six-Day Trial/Enduro. Now, it has become a form of racing that stands on its own merits. No other country has the luxury of having so many riders who dream of going to the Six Days. It’s a little weird. The event is demanding and expensive, yet year after year, Americans line up for the chance to test themselves against the best off-road riders in the world. Accordingly, the FIM has set aside a large number of ISDE entries for U.S. riders, almost always the largest aside from the host country. Still, there are more riders than positions available, hence the need for the Qualifier Series. Why are there so many interested riders? They are probably inspired by patriotism and imagery from scenes in the first On Any Sunday movie, where Malcolm Smith wore the distinctive blue-and-white American team helmet in El Escorial, Spain.

The Qualifier Series has been around long enough to entice several generations of Americans. In the ’80s and ’90s, Dirt Bike’s Robb Mesecher was one of the riders caught up in the ISDE dream. He started riding the Qualifier Series back in 1985, eventually qualifying for the big show three times. Now, his 17-year-old son Mitchell, is going down the same road. The hope is that both Robb and Mitchell can qualify for the same ISDE—if not this year, then one in the near future. The series has changed over the years, morphing just as the ISDE itself has evolved. Accordingly, the bikes have changed. Here’s how Robb’s old-school approach compares to Mitchell’s modern strategy.

ROBB’S TX300/TE300 HYBRID
In his heyday, Robb switched between Honda, Suzuki and KTM, but it was always a two-stroke. That’s what almost everyone rode back then, and that’s what Robb still prefers. His main question: the Husqvarna TX300 or TE300? He decided to combine the best of both. “I went with the TX for the closer ratio gearbox and lighter weight, and then started adding the weight back on—much to the dismay of my friends at Husqvarna. To me, a Six Days bike wasn’t right unless it had a headlight and all the equipment that was required back in the day. When I last played the game in 1995, you had to have lights, a mirror and a horn—not to mention an FIM-approved rear tire, which wasn’t much better than a street tire—all just to qualify. Today, those requirements only are in play if you make it to Europe. It made sense to ride the same bike all year, so I had all that stuff, except the tire.”

Transfer port injection wasn’t around in 1995, of course, so that took some experimentation. There are several schools of thought for engine modifications and mapping, but most start by removing 0.02 inches from the cylinder head. Robb then utilized the GET fuel-injector relocation kit. This sprays the fuel into the reed block as opposed to the transfer ports. When you combine that with the GET ECU (a $1100 kit), you can make your bike completely tunable in both maps with the GET Wi-Fi phone app. Robb felt the bike originally ran lean off the bottom and on top. He simply remapped the lean spots out with the GET app. Another mapping option, which is nearly $800 less, is the JD Jetting tuner.

After five decades of racing, Robb’s wrists, shoulders and knees can give some uncomfortable feedback, so he didn’t have any problem shelling out the bucks for a WP Cone Valve fork and Trax shock. The one caveat that most riders might not understand is that these WP components still need to be re-valved for your specific intent. Robb used Proline Suspension for that. Robb and Mitchell both needed the Seat Concepts tall OE foam for the leg room. Robb also used a Scott steering stabilizer, which was exactly like the one he ran in 1995. He finished up the bike with the Husqvarna Rockstar Edition wheels and triple clamps to give the bike a team look;. He turned to Decal Works for the matching team graphics.

MITCHELL’S FC450
Mitchell is 17 years old, fit and strong. He likes the nostalgia and imagery from the old days, but for him, the lure of a big 450 is irresistible. His bike of choice was an FC450 motocrosser—no headlight, no taillight and none of the fake dual-sport parts that the old guys ran. If he made it to Europe, that stuff could come later. Mitchell’s FC was designed to be comfortable at the high speeds of desert racing and yet handle the slower pace through the rock-strewn fields. This is always a difficult balance. At first, he played with the stock WP air fork in the 145-psi range but found it harsh in the extremes—both large whoops and small rocks. Eventually, he turned to the Dal Soggio Sphere kit with a 4.6 N/m spring. Both ends were re-valved by Proline Suspension of Boise, Idaho. Completing the setup is fairly straightforward: an IMS large tank, an 18-inch rear wheel, a Scott’s stabilizer, Athena Technomousses front and rear, a Zip-Ty SharkFin and a host of Acerbis guards.

GOIN’ RACING
The first West Coast Qualifier of 2021 was a District 37 Sprint Enduro in the high desert of Southern California. The Sprint Enduro is a form of racing that’s unique to America, but it was inspired by the ISDE and the original Qualifier Series. The complex European system of checks, schedules and grace periods was stripped away, leaving racing in its purest form. Each rider goes up against the clock in a series of tests. The times are added up, and at the end of the day, the fastest man wins. Of the 40 or so riders who make the cut to go to the ISDE, most will be repeat offenders. It will be up to them to teach the rookies all about the additional layer of rules to expect.

For Robb and Mitchell, it was a decent start. “Race day was a blast,” said Robb. “As the dad, I wanted to follow Mitchell, so I started behind him in all six special tests just to watch. I was able to get to his fender a few times, but I never was able to pass him. At the end of a few tests, he was waiting impatiently for me to show up. After 40 miles of special tests, we were separated by 1 minute, 24 seconds in favor of the old man and the TX300. We finished 30th and 31st in the Letter of Intent class.” In order to qualify this year, Robb and Mitchell would have to attend at least one more western qualifier and better their scores, but this year was more about learning—and relearning. There will be more to come.