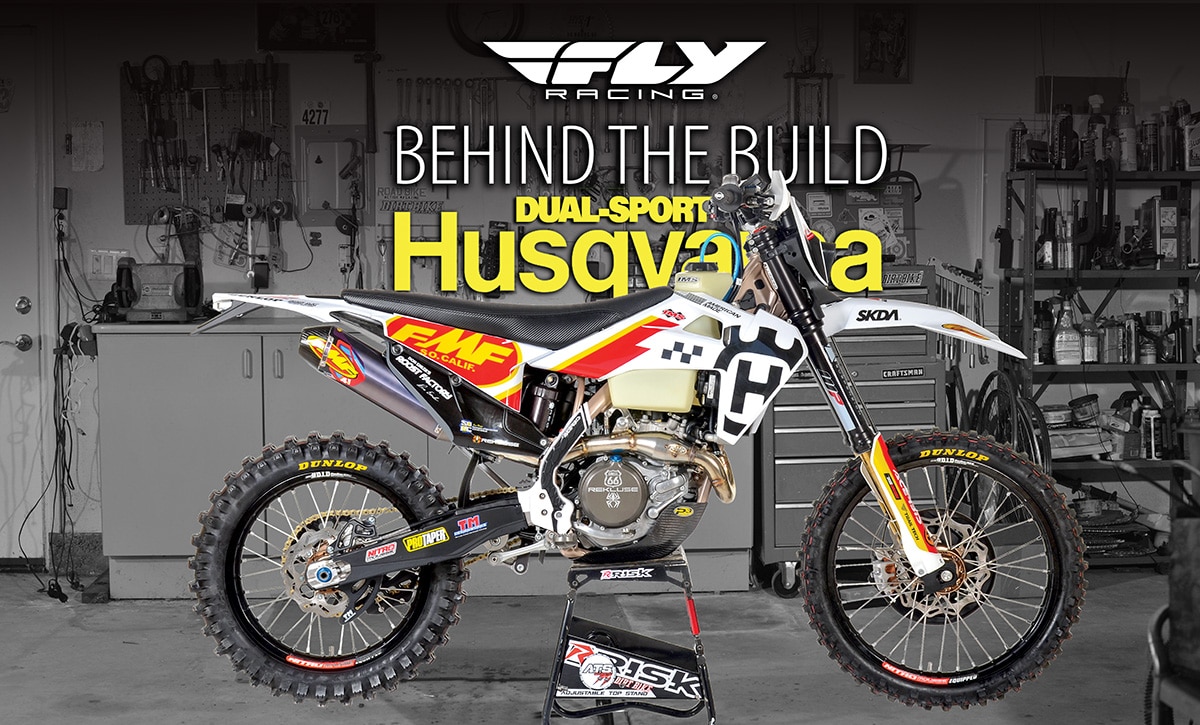 The Flying Machine Factory (FMF) has been around since the early ’70s when Donny Emler took his passion for motorcycles to another level and started hopping up engines and making aftermarket exhausts. Not long after, his son Donny Emler Jr. (aka “Little D”) was born into the madness. He didn’t officially start working at the family business until he was 18, but it was in his blood long before he received his first paycheck. Emler remembers going on desert riding trips as a family throughout his life, and now with a growing family of his own, he wants to continue that tradition with his wife Kristen, son Ethan and daughter Claire.

This build started out as a very simple dual-sport build with some minor bolt-on items, but rapidly got out of control, losing all its street-legal capabilities and is strictly used for off-road riding only. David O’Connor from DOC MX Services, based in Temecula, California, did all the major wrench turning on this build. Even though this build used a new machine, it was completely disassembled. The frame was sent off to Chris Johnson and the crew at San Diego Powder Coating for a new look. Although the engine was removed, besides the addition of some OEM replacement clutch plates, a billet KC66 clutch cover and a clutch slave cylinder from Rekluse, it remained stock internally.

Externally, a 450FE air boot was installed, and a complete titanium FMF  exhaust system with spark arrester capabilities designed for the FE model was also installed. We had to have the machine remapped after these modifications, because it leans the bike out too much. Without mapping changes, damage may occur to the bike. Performance-wise, that’s all the modifications that were performed; after all, it’s already a 501, so how much more power can one person handle?

The main focus on this build was always off-road capabilities. Even though the manufacturers today are producing great off-road-capable dual-sport platforms, there is always room for improvement, and having been in the industry for his entire life, Emler has connections just about everywhere, so possibilities were almost endless. A larger IMS tank was installed, providing more fuel capacity without making the bike feel any wider than the stock unit.

Protection is also key when building any off-road machine. The Husky comes stock with worthy handguards, but a P3 carbon fiber full-coverage skid plate was installed to protect the engine cases and frame rails from damage, along with a front rotor guard from Acerbis. Even though the OEM chain sliders are decent, TM Design’s slide and glide kits are almost indestructible. Dubya laced up a set of wheels with magnesium-colored HAAN billet hubs, stainless steel spokes made in-house at their facility in SoCal, and black D.I.D Dirtstar rims. To avoid flat situations, Nitro Mousse foam inserts were used and wrapped in Dunlop AT81 tires at both ends. Other bolt-on necessities include a Trail Tech Voyager Pro GPS unit, Baja Designs XL80 headlight, Seat Concepts Comfort seat, ProTaper handlebars and ProTaper drive components.

Massive amounts of effort went into the suspension of this 501, and for good reason. Emler is by no means a small guy. As a matter of fact, he is 6-foot-4, and if you follow him on social media, you know things get very intense during his garage workout sessions, so let’s just say he is in shape. Jeremy and the AEO Powersports crew at the Temecula, California, location have a full-service suspension shop located on the premises. REP/AEO Suspension took the stock WP Xplor fork and replaced the internals with WP cartridge kits and some of their own proprietary tuning components. The shock received an Xtrig preload adjuster and a complete re-valve internally with a new spring to match. All the special suspension coatings were taken care of by REP/AEO Suspension and spent some time on their in-house suspension dyno to dial it all in before it was installed on the bike. 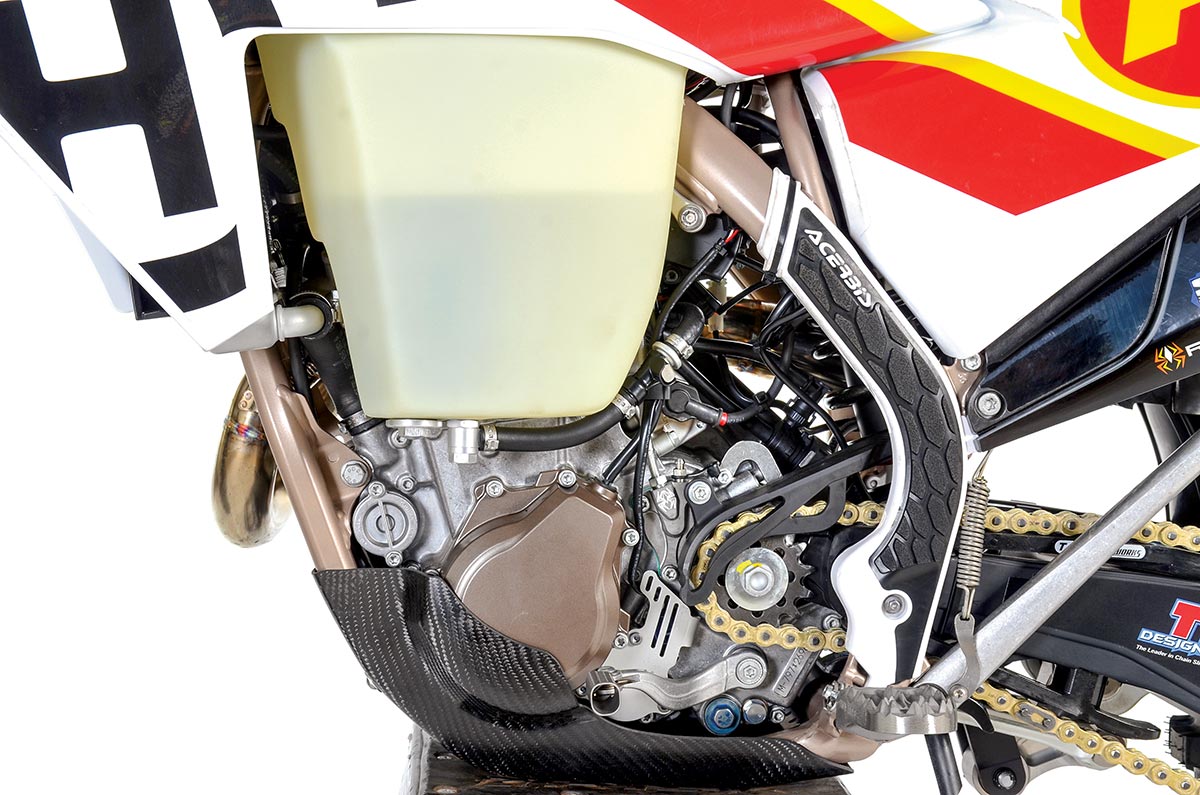 If we said that testing wasn’t extensive on this bike just because of whose bike it was, we would be lying. As a matter of fact, we told Donny Jr. not to pay attention to the mileage on the Trail Tech Voyager when we gave it back to him, because there’s no way we put that many miles on it. Besides the suspension being a little on the stiff side for us, which is to be expected, the machine is a blast to ride, making tons of usable power whenever we wanted it. Little D covered all his bases with off-road modifications. A family that plays together is happy and stays together, so you can’t argue with the motivation behind the build, either. We have already seen the Emler family at the races, and we will keep a lookout for them all out on the trail, too.