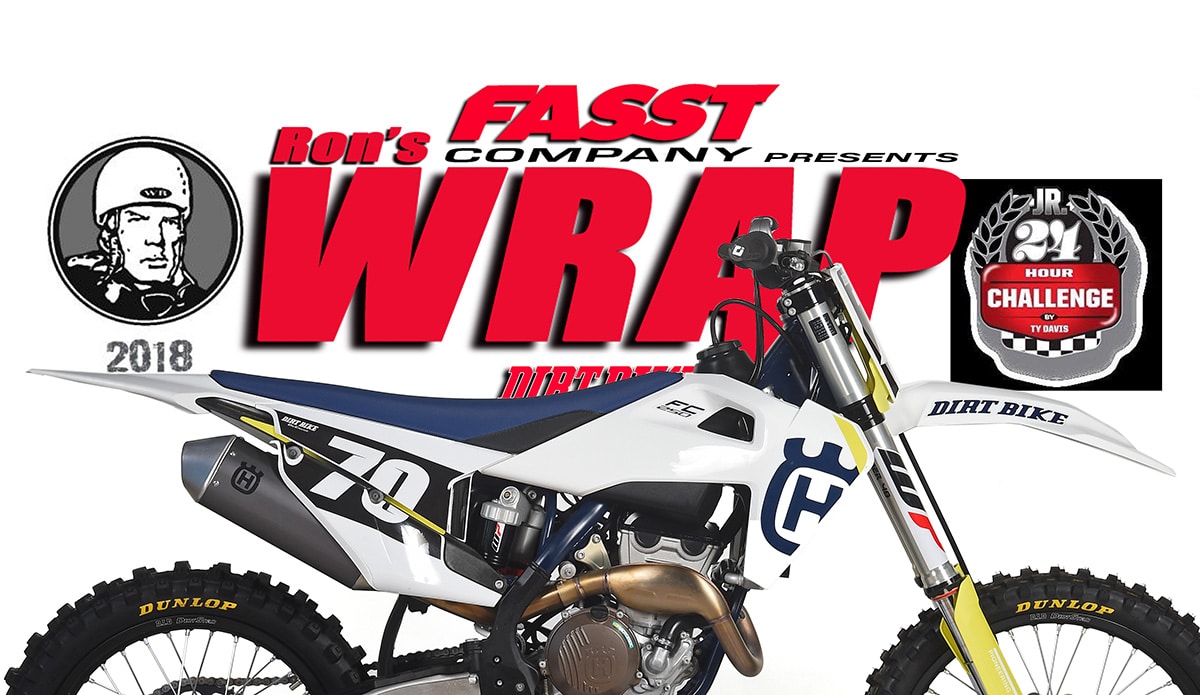 Our 2019 250 MX shootout has been on the back-burner for some time now. Two bikes are still to come, and both are very important. We got a brief riding impression of the 2019 Suzuki RM-Z250 when Mark Tilley staged a Suzuki Factory takeover in Japan. We have yet to ride it back-to-back with other 250s on U.S. soil. The Honda CRF250R is said to have the low-end power that it was missing last year, but it won’t arrive until next month. So we have been collecting the other 250s and waiting. This week we spent some time on the new Husqvarna FC250. 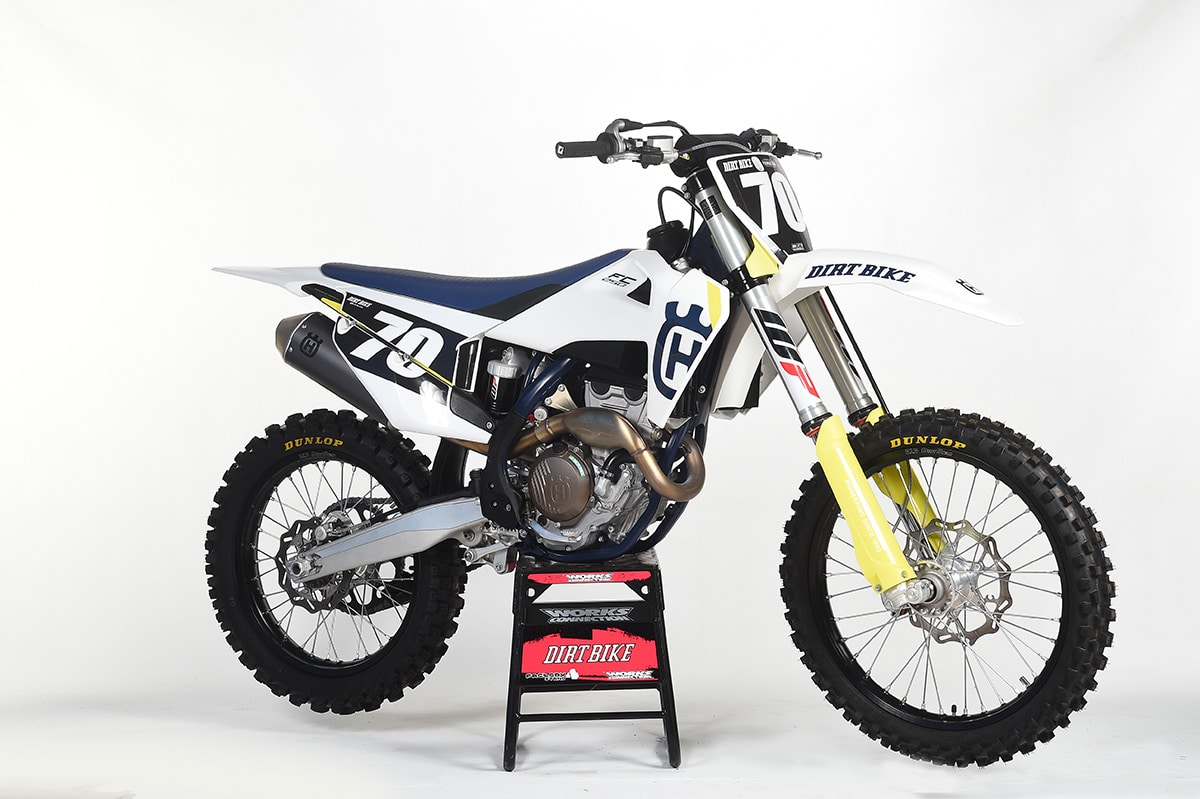 Husqvarna’s tech info says this bike is “all-new” for 2019, but we’ll put it into the “significantly updated” category. It has a new, more rigid frame and different bodywork, but the suspension and most of the motor are the same as the 2018 model’s. It has the same top end with double overhead cams and finger followers between the valves and cams. It also still features a number of electronic features like traction control, launch mode and two ignition maps, all of which can be selected from a handlebar switch. The motor’s biggest change is a new clutch. Last year, it had traditional coil springs. Now it has the DDS clutch with a diaphragm spring, just like the 450 and the bigger two-strokes. 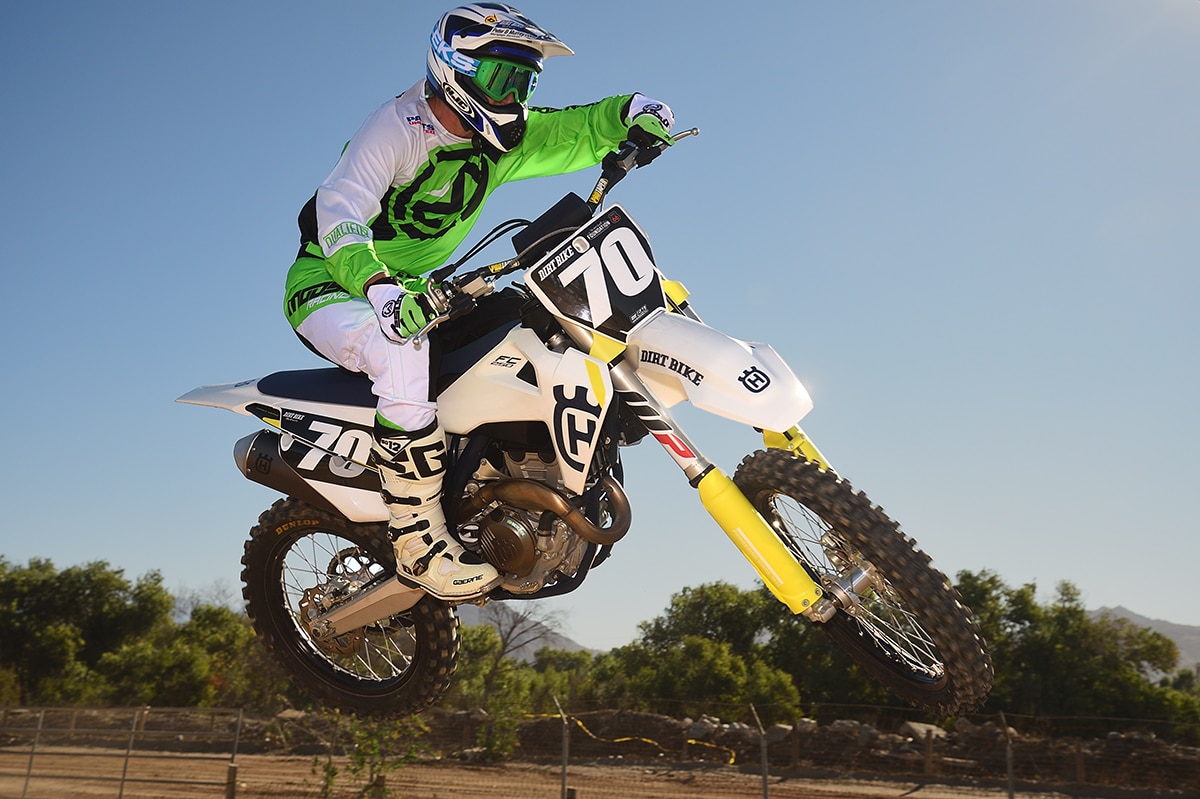 There are still people out there who call the Husqvarna a white KTM. We’re tired of hearing that, but it has a certain amount of truth. Huskys come out of the same factory, but the parent company has done what it can to separate the two in marketing and with a few tech features. The bodywork and styling are different. The Husky still uses a composite airbox/subframe that is very different from the KTM’s design. And there are a number of different suppliers, like the Magura clutch hydraulics, the Pro Taper handlebar and the DID rims. For a more in-depth look at the differences between the KTM and Husqvarna 350s, click here.

When you ride the Husky, two things stand out. It’s very fast and it’s very light. The Husqvarna is about a half-pound heavier than the KTM because of the airbox, which still puts it at 219 pounds without fuel. That’s for real, as measured on our good, old fashioned balance-beam scale. It seems like no Japanese company can match that–most are over 10 pounds heavier. In horsepower, too, the bike stands out, particularly in peak power. Last year, only the KTM was faster on top. The Husky is still sleepy off the bottom. All the electronic modes have very little impact on that. The new Yamaha clearly has more low-end power and mid-range, and no one knows where the Honda will end up. When the time finally comes for our 250 shootout, the Husky will be in contention once again. It will always be hard for it to beat the KTM 250SX-F, simply because power is so important in a 250F. The KTM usually has an edge there, no matter how small.

The Red Bull Straight Rhythm is happening tomorrow, and there are no four-strokes this year. The gates at the Pomona Fairplex open at 1:00 and the final is scheduled for 7:30 p.m. We saw Ryan Surratt practicing Yesterday at Milestone. He will be riding a TM in the 125 class and a Honda two-stroke in the Open class. In light of yesterday’s news that Alta had suspended production of its Redshift electric motorcycle, it’s unclear if Darryn Durham will ride. One of the fun things about the new format is that it gives privateers a chance to ride in front of a world audience. You can watch or by tickets to the Straight Rhythm by clicking here. 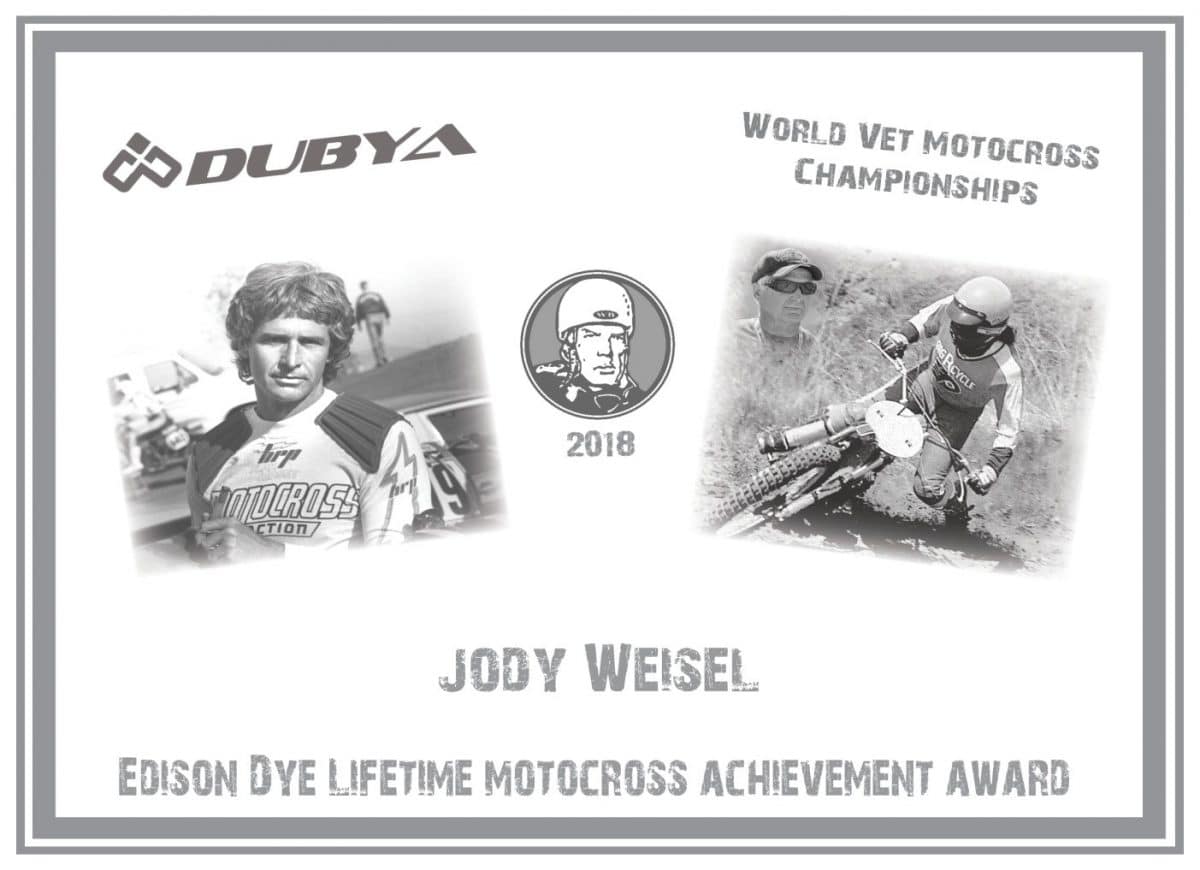 Bud Feldkamp and Kristin Anderson are excited and proud to announce that the recipient of the 2018 Edison Dye Motocross Lifetime Achievement Award will be none other than long-time moto-journalist Jody Weisel!

Jody is one of the true pioneers of American motocross. In the early ’70s, he was a regular at Cycle News, now earning a living as one of the original “test riders.”  In 1976, he went to work at Motocross Action Magazine, and has been there now for over 42 years! In addition to his tenure as probably the longest moto journalist still active, Jody serves as a track designer for Glen Helen Raceway, moto consultant for many industry entities, and a mentor to countless motocross racers over the years. 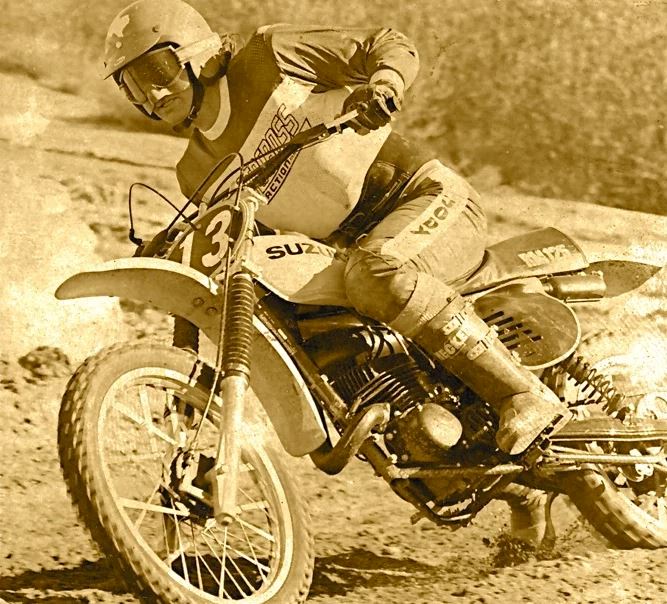 Jody will be honored during day two, November 4th, of the 34thannual Dubya World Vet MX Vet Championships with a ceremony beginning around noon. Many of Jody’s contemporaries will be interviewed as well as an Early Years of Motocross/Glen Helen produced video highlighting Jody’s exemplary career. The ceremony will be held in the Glen Helen Museum, so plan on getting there early for the best seats! 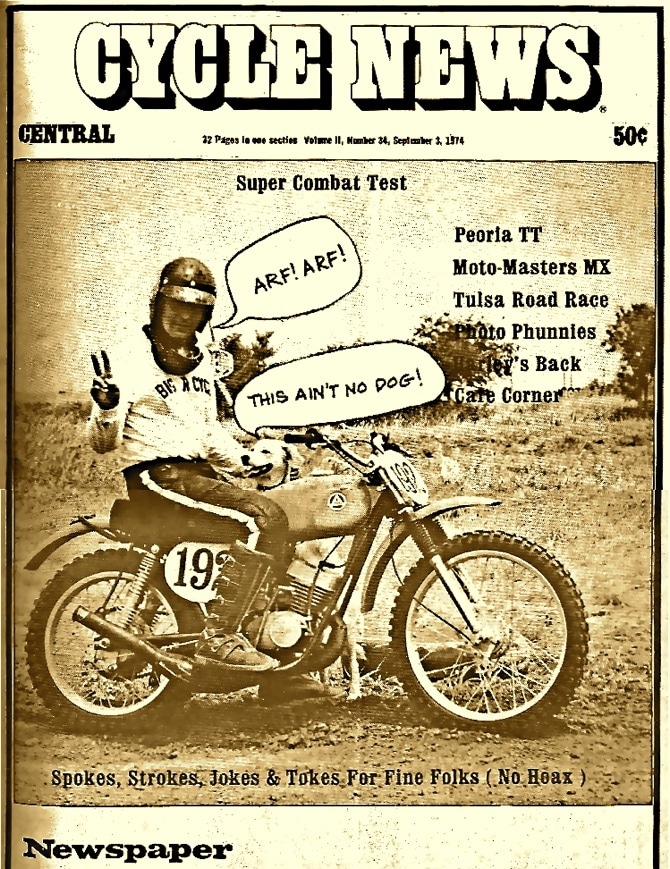 After the presentation, there will be an autograph signing session featuring Jody, Lars Larsson, Chuck Sun, Gary Jones, Doug Dubach, and other past Edison Dye recipients and Hall of Fame members.
A special, limited-edition collectible poster signifying Jody’s achievement will be given to the first 100 fans in the autograph line! 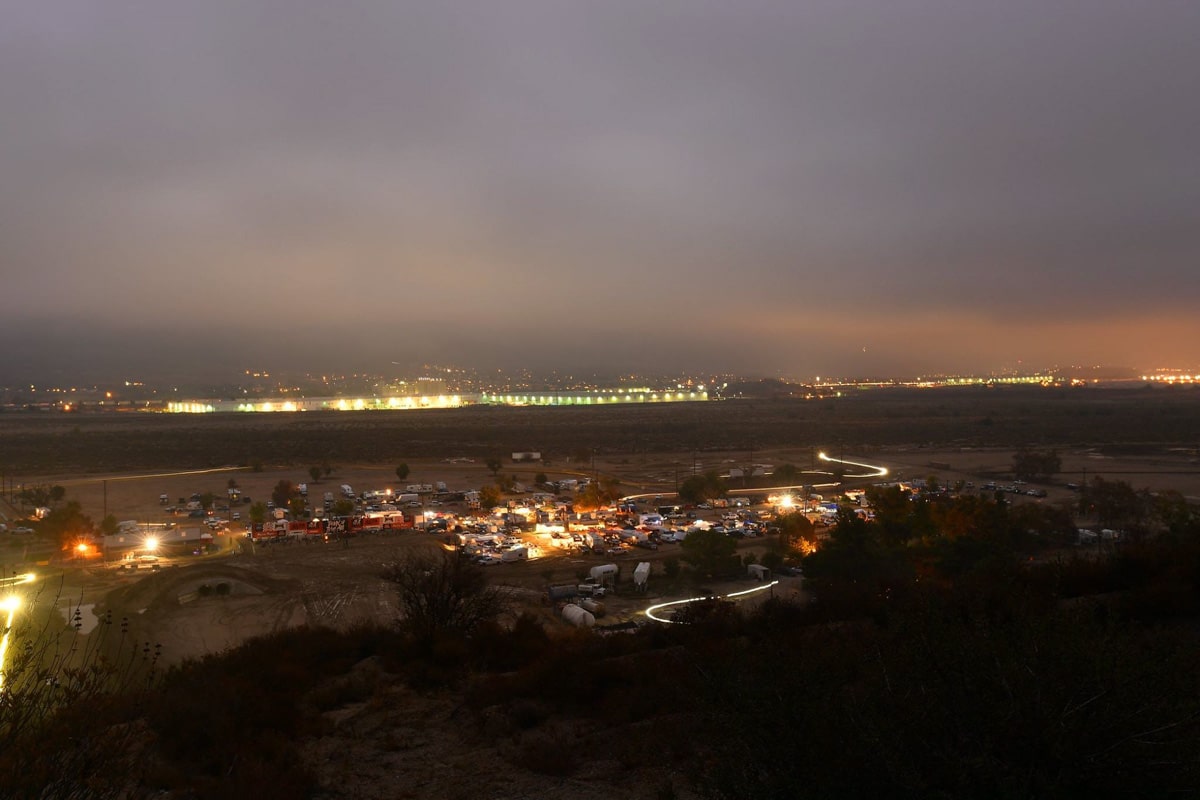 Last weekend was the 19th annual 24 Hours of Glen Helen. The event is a part of me, and I’ve been involved in its organization from the start. Of all those years, this year’s 24-hour was really special. It featured the Junior 24 Hour Challenge as kind of an event within an event, designed for young riders. Ty Davis came up with the idea a few months back, and he provided the framework for families to get involved.

There were 21 kids on four different teams that entered. Beyond the riders, there were parents, siblings and chase riders, making the Jr. Challenge pit the busiest in the pits, with probably 100 people involved. Ty Davis tried to keep it all organized and did an amazing job. He always had a chase rider on the course to make sure the kids didn’t get stranded. He did some of the riding himself, but much fell on WORCS champion Gary Sutherlin, who barely slept at all. Gary and Ty probably never worked as hard during any 24 hour that they raced.

All the parents have contributed to a Facebook page that has photos of the event. You can access it here. Additionally, Mark Kariya was there, shooting photos through the night. You can access his gallery here. I’ve assembled some of their photos below.

This is a laps from the prospective of the winning Pro team in daylight. Below is how it looked at night, from Trevor Hunter.