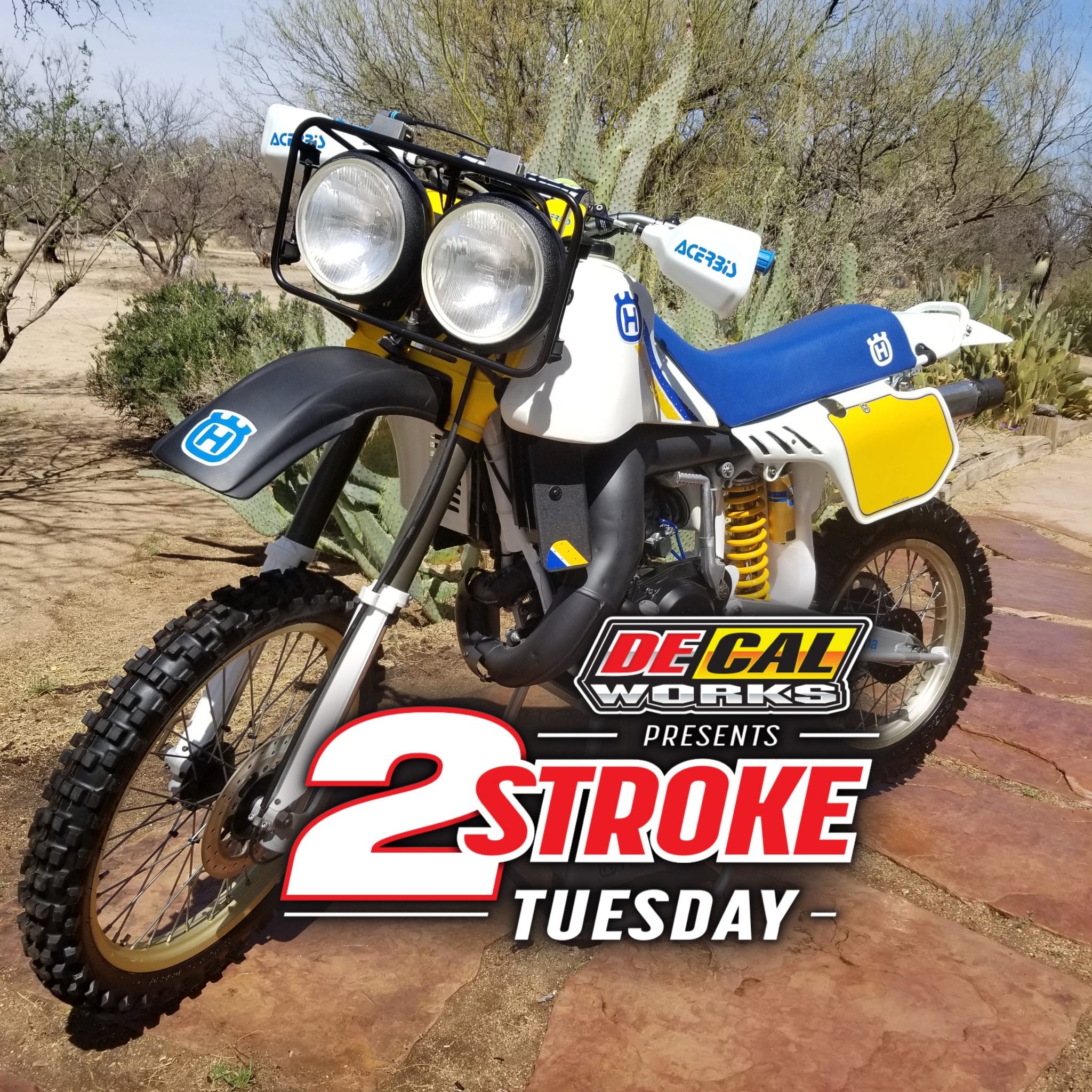 Husqvarna big-bore two-strokes built specifically for use in Baja are rare. This mid ’80s liquid cooled 430cc machine just might be the rarest machine on the planet and a missing link to what Husqvarna’s Baja effort could have evolved into had the company not abandoned their efforts around that time. On this week’s Two-Stroke Tuesday brought to you by Decal Works we take a look at a hybrid Husky now owned and restored by Scott Sinclair. The big-bore Husky theme continues in our 2-Stroke Behind The Build section with a modern day TC500 project built by The Ride Shop AZ. 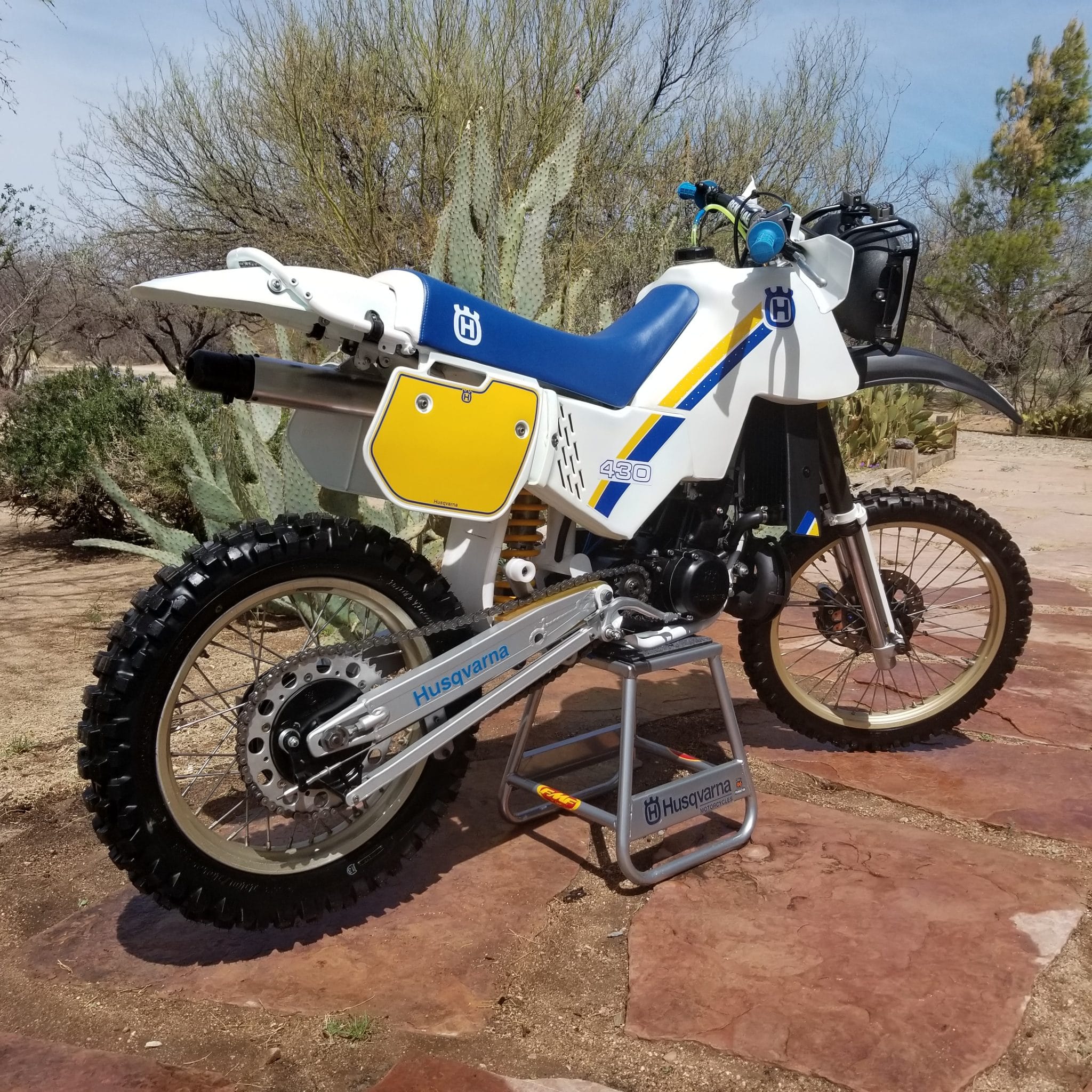 This machine was originally built by the Husqvarna factory race team based out of San Diego California back in the mid ’80s. If you know Husky history around this time they had a handful of Socal dessert racers on their payroll that would later go on to be Baja legends but the company was in the process of being sold. This bike shows what the US based factory team had the capabilities of producing but we will never know what could have been. 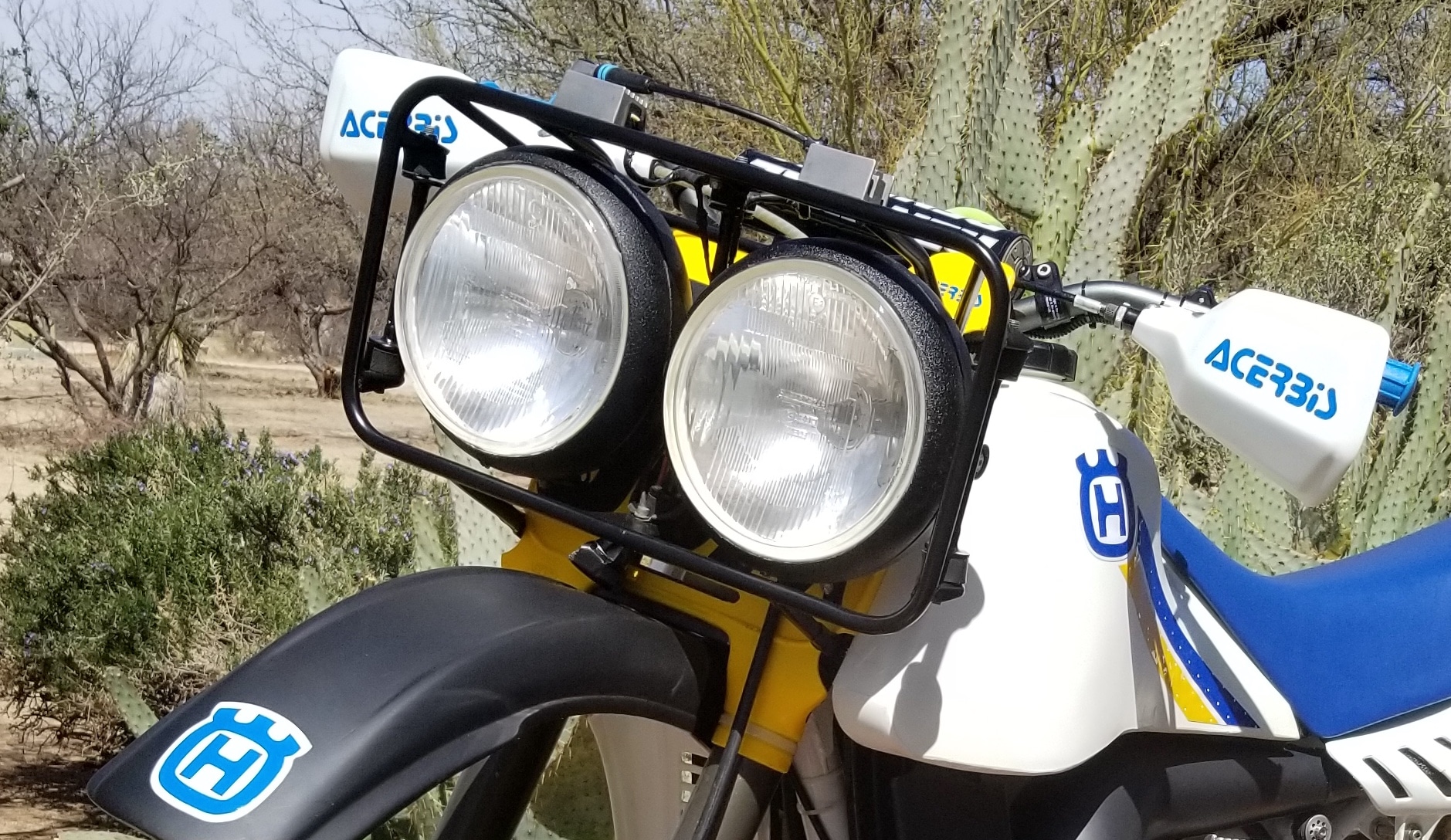 Does anything say Baja racing more than a Twin Super-Oscar light system with quick release mounts? 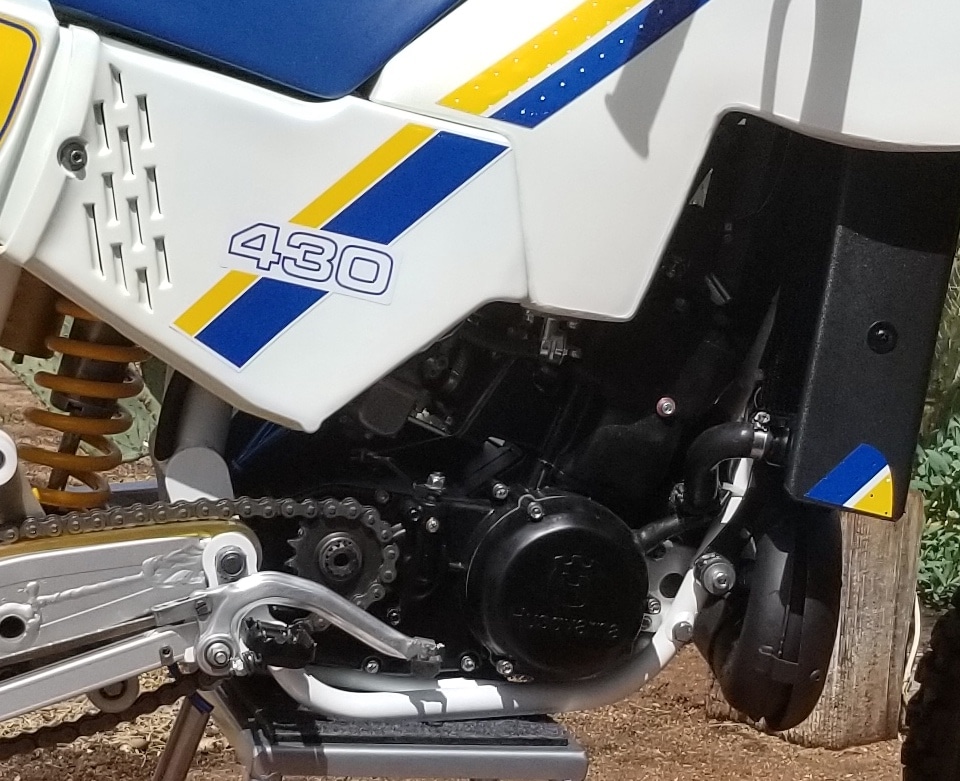 The 1987 RC430 engine is physically the same size as the 1985 RC250 engine so very minimal frame modifications were needed to fit this water-cooled beast in place. Also mounted on the RC250 frame right above the 430cc power plant is a 4.5 gallon oversized gas tank. 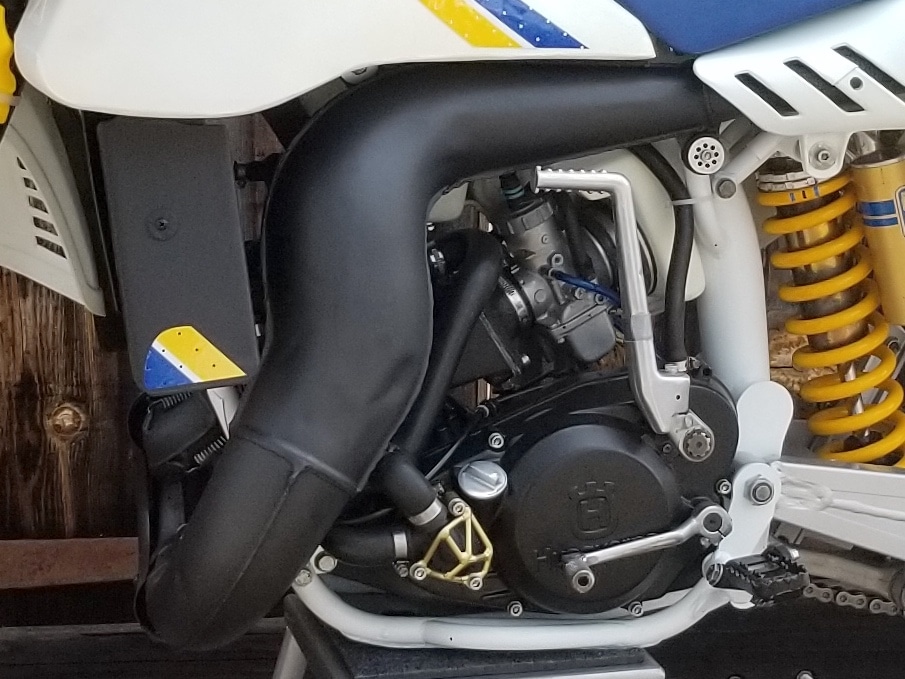 The OEM Husqvarna exhaust on this machine is another item that is rare and Sinclair says if he was to actually race this machine he would probably have an aftermarket version made to preserve this one. Check out that water-pump guard and you can barely make out the factory skid plate welded directly to the frame. 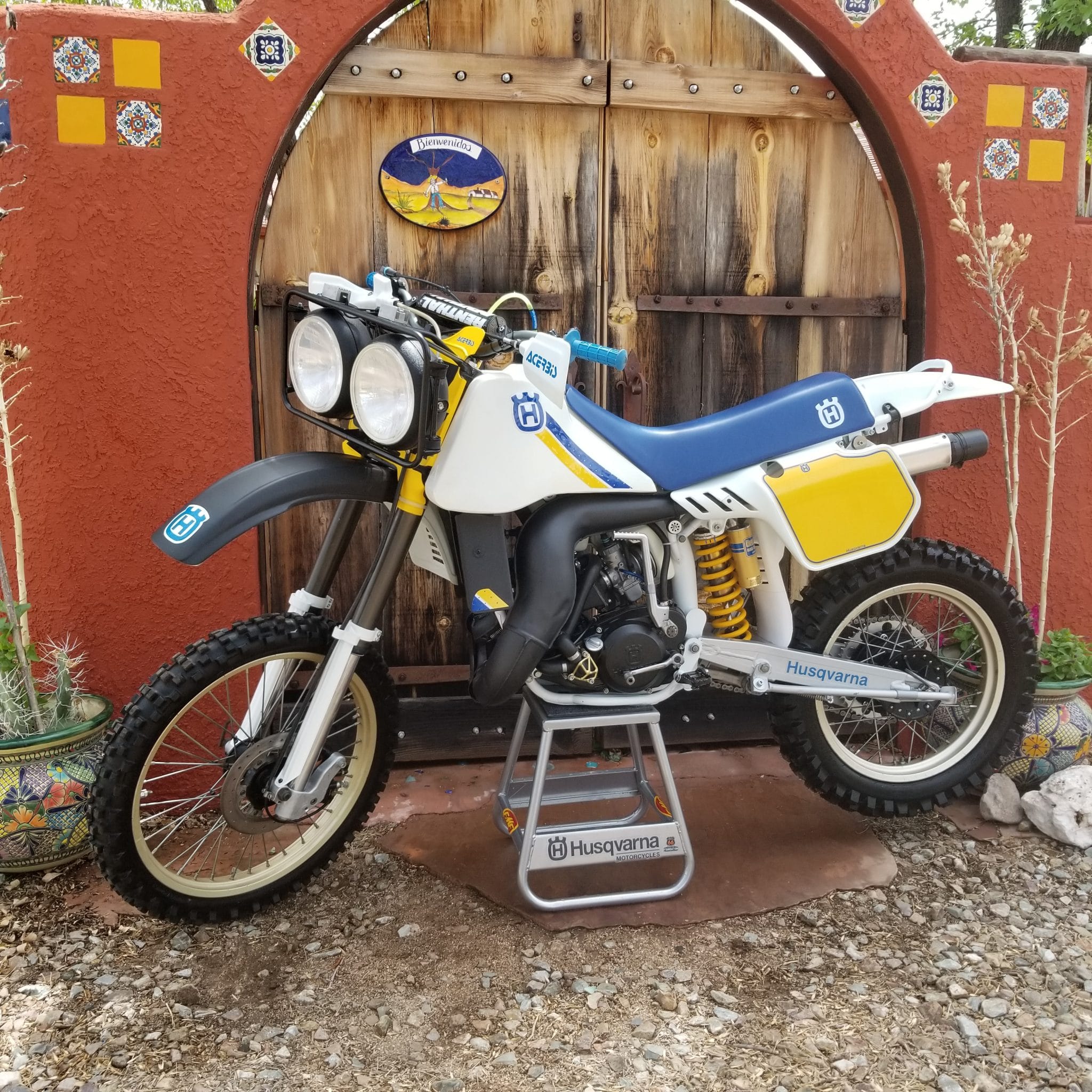 We are still finding out more about the history of this project from Scott Sinclair and are currently trying to get the machine in the Dirt Bike Magazine studio. Stay tuned for more.

There have been plenty of 500cc two-strokes from Husqvarna throughout dirt bike history. But, since the brand’s rebirth a few years back, it has shied away from two-strokes above 300cc. We teamed up with former factory Kawasaki race team mechanic Jonny Weisman, who now owns The Ride Shop in Arizona, to build a modern Husqvarna TC500CR two-stroke of our own. CLICK THE IMAGE BELOW FOR FULL STORY! 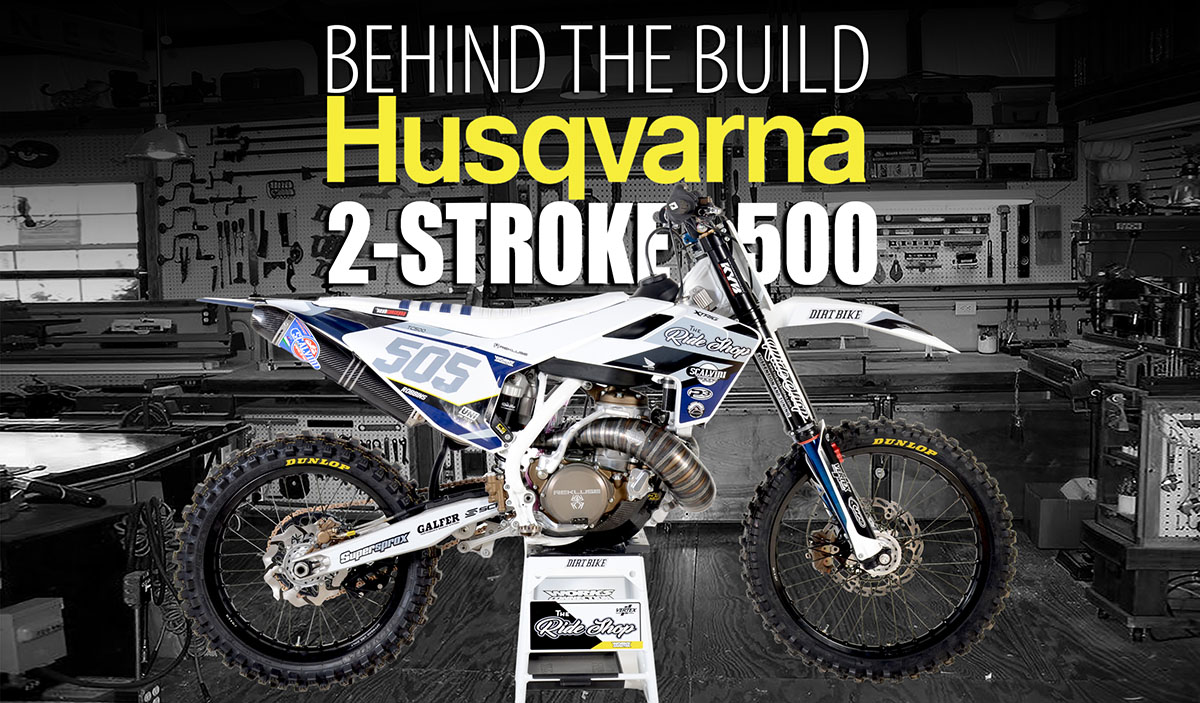