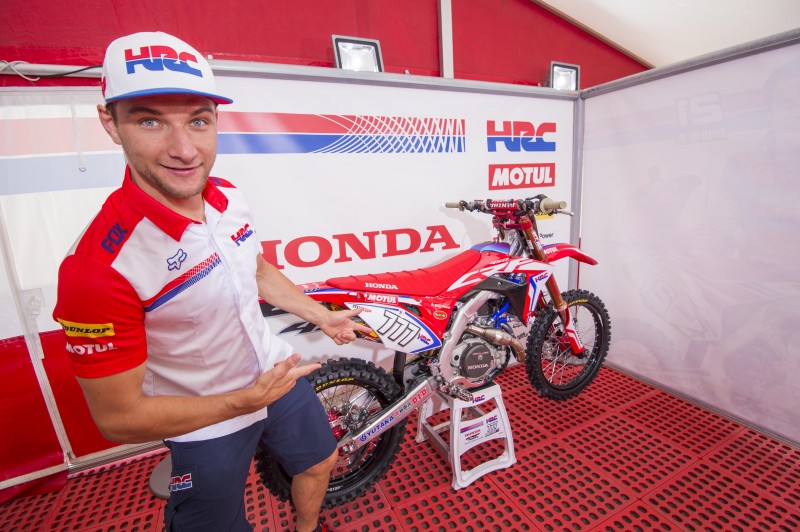 During the MXGP of the Netherlands last weekend, Evgeny Bobryshev showed off his all-new 2017 CRF450RW, and this weekend the Russian #777 will line-up behind the gate on the new machine for the first time.

The factory-spec racing machine is based on the all-new Honda CRF450R that was also unveiled in Assen, and has received the works Honda Racing Corporation touch to make it the benchmark in the highest level of competition.

Alongside Bobryshev, Gautier Paulin will also line up on his #21 machine for the penultimate round of the 2016 season.

The MXGP of the Americas will be held for the first time at the famed Charlotte Motor Speedway complex, where The Dirt Track has been specially constructed to take in one of the facility’s grandstands.

Racing is set to be Saturday night-spectacular, with the gate dropping on the first moto at 1815hrs and the second at 2110hrs local time. 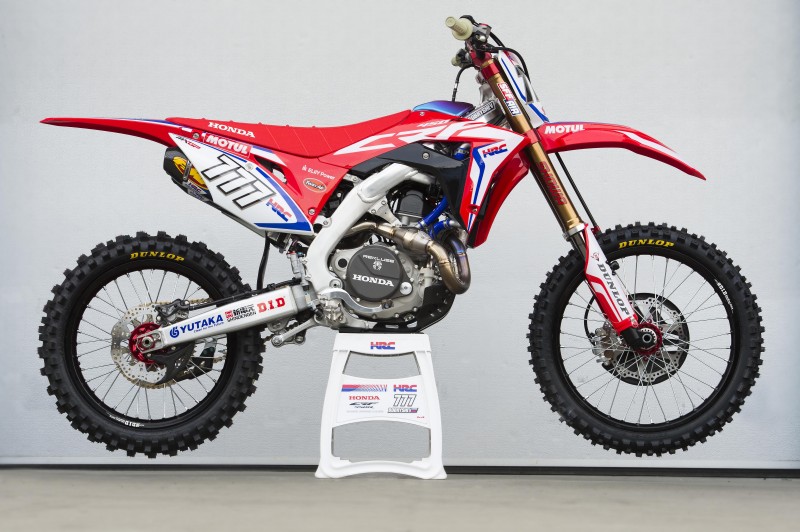 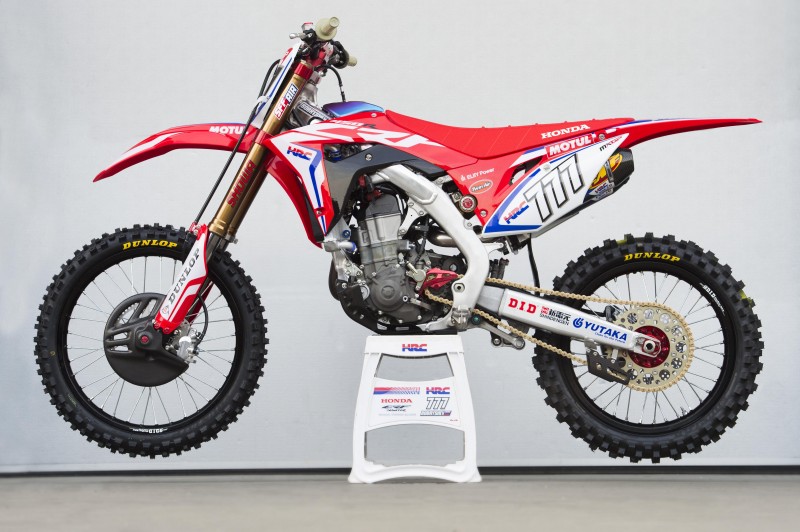 “I’m really looking forward to the US GPs in Charlotte and Glen Helen, especially riding the new bike. The bike looks great and it feels so good to ride – so fast and easy to ride, and with electric start which I really love! I’m really pumped to get out there and line up on the new beast and have some fun on it.”

“Racing in the US is always fun, so to have two races back-to-back out there will be good, and a lot of the American riders are coming out too. It’s good to be able to move directly to Charlotte this weekend, and to another specially made track, but I think it should be good and I’m feeling positive about this weekend.” 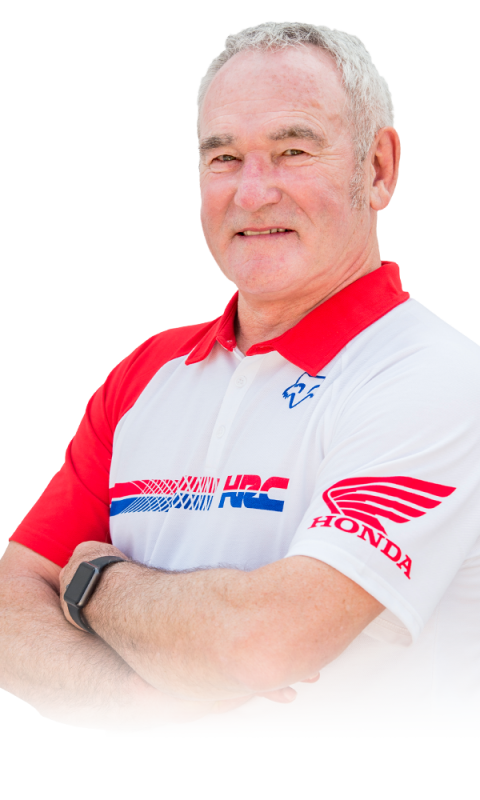 “Charlotte is a new venue but we should be used to the type of track as it’s built in the MXGP style. We have a pretty good idea of the obstacles but the ground is new and there are always new challenges from a new venue. It’s good to keep the momentum up at this end point of the season as there’s still a lot at stake, and we’re readied to be back at the front of the field again this weekend. We’re excited to watch Bobby make the debut of the new 2017 CRF450RW too. Testing has been very positive, and using the new bike for the last two GP events of this season will allow us to gain a lot of data to give us a head start for 2017.”