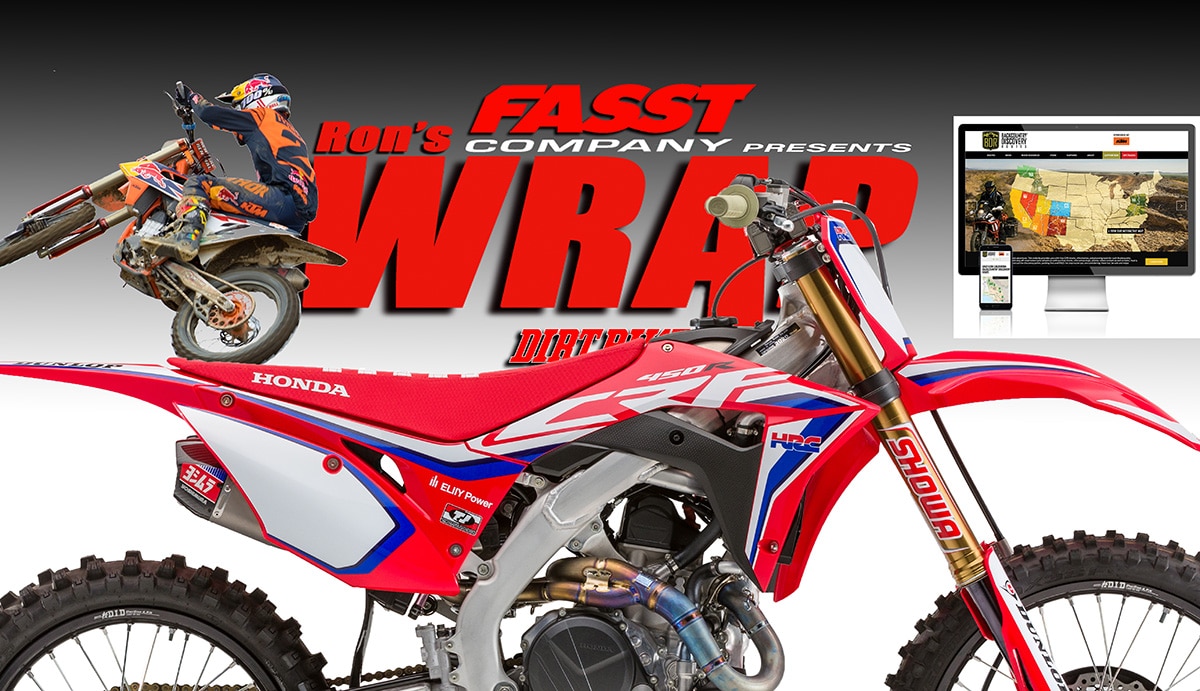 CHECKING OUT THE 2020 HONDAS 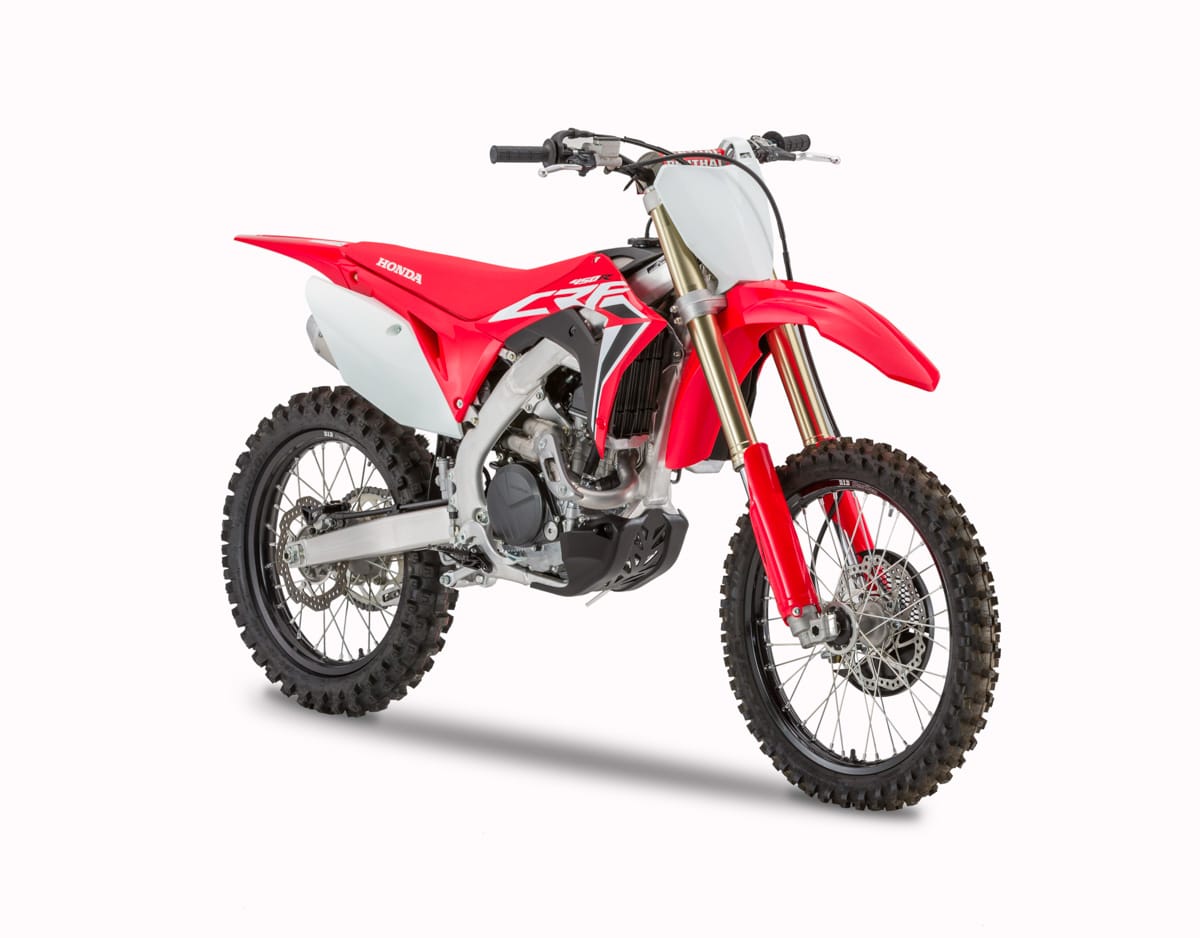 The 2020 Honda off-road bikes were revealed earlier in the week, and the most interesting new feature is HSTC (Honda Selectable Torque Control). This is, essentially, Honda’s branding for traction control. This feature is available on three models: the CRF450R, the CRF450RWE (Works Edition) and the CRF450RX cross country racer. It is slightly different on each one because the base maps of those three bikes are different. It won’t be offered on any of the 250s 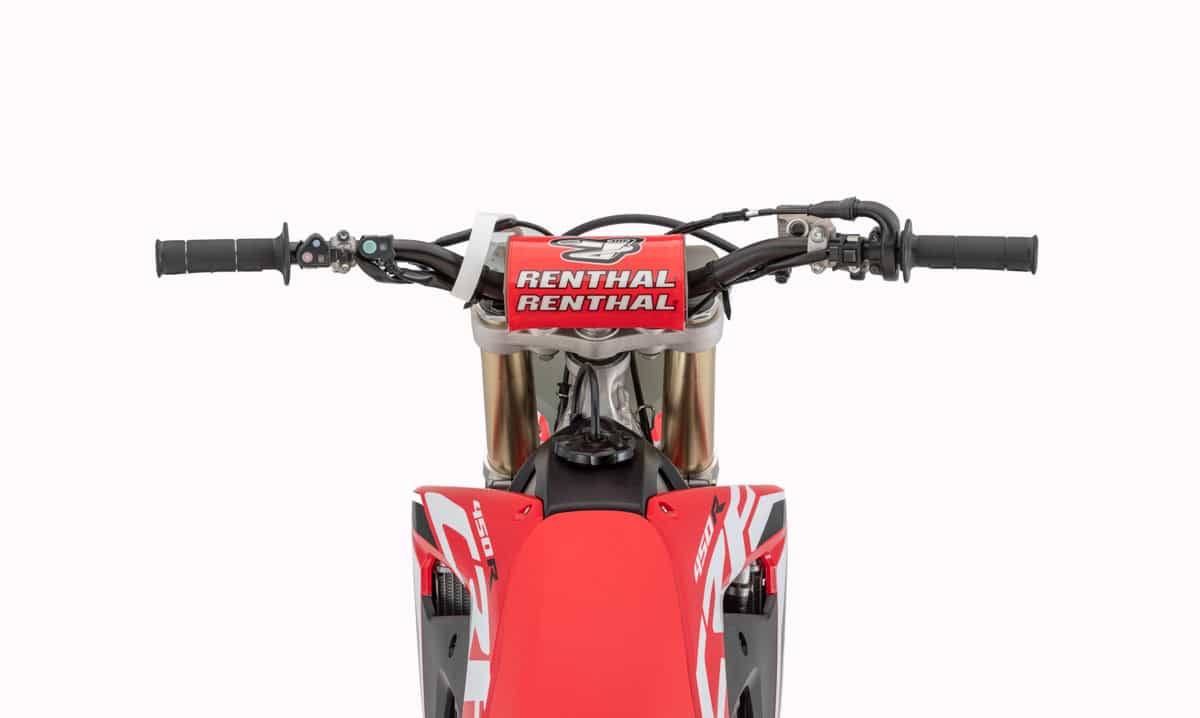 Jason Abbott at Honda explained this feature in more detail. When it’s activated, the computer looks for sudden spikes in rpm, and very quickly alters the engine mapping to reign the bike in somewhat. There is no input for wheel speed or true acceleration, so it’s not traction control in the strictest sense. The computer apparently knows how much rpm gain is possible when traction is optimal for a bike of this weight on level ground, and figures that anything more is wheelspin. Honda already uses a gear sensor to alter maps for each gear ratio. Presumably, this plays into the formula for determining wheelspin. What sets Honda’s system apart from the one that KTM incorporated on its production bikes a few years ago is the fact Honda has three different levels of traction control, plus “off.”

So the Honda 450s now have three different push-button remapping features. There are three maps for normal conditions. There is is also HRC Launch Control, strictly for the start. Now there are three additional levels of traction control. It would be easy to get lost. 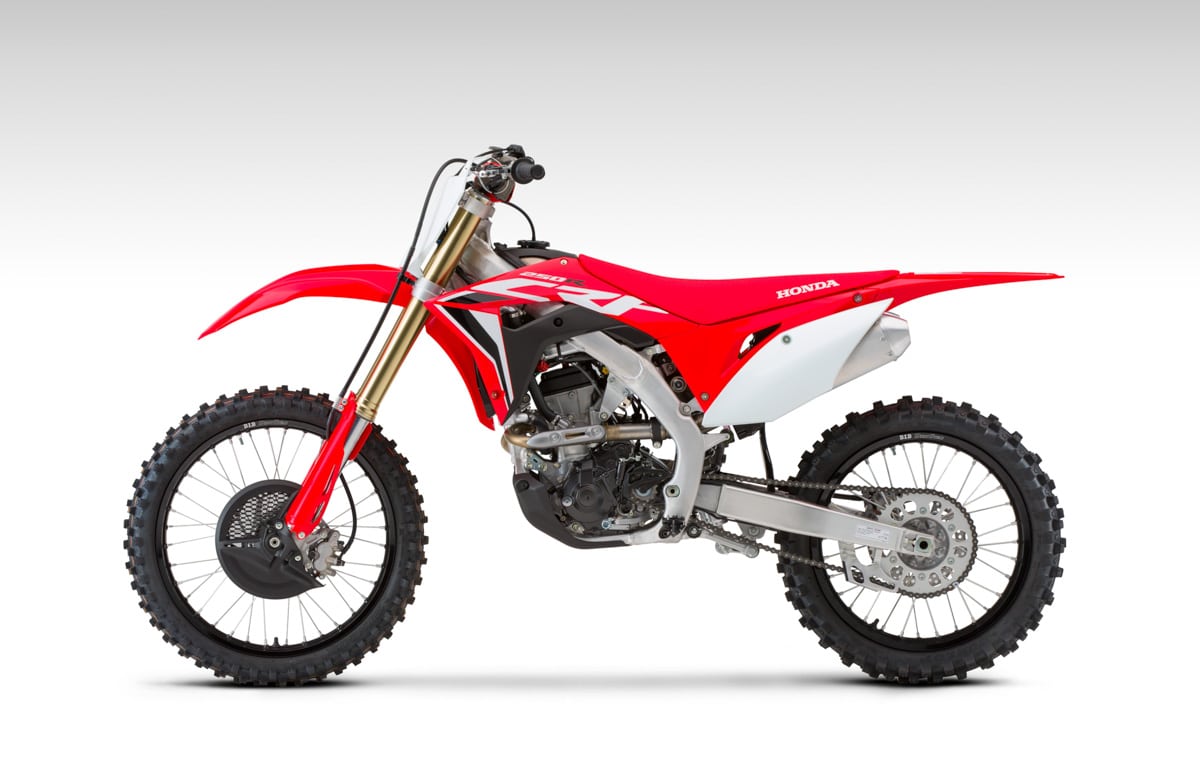 The CRF250R has been a work in progress since it was recast in 2018. Everyone loved the handling of the bike, and the peak power was respectable, but it was weak down low and a little heavy. Honda knew this from day one. The 2020 model has a long list of changes. The cams, the head and the valves have all been changed in some fashion. The chassis is different, too. In 2019, the 450 got a new frame and swingarm that was a little less stiff in some planes of movement.  Now, the 250 has the same treatment.  If you look at the older frame, it’s clear that Honda left room for a kickstarter on the right side. That’s gone now. 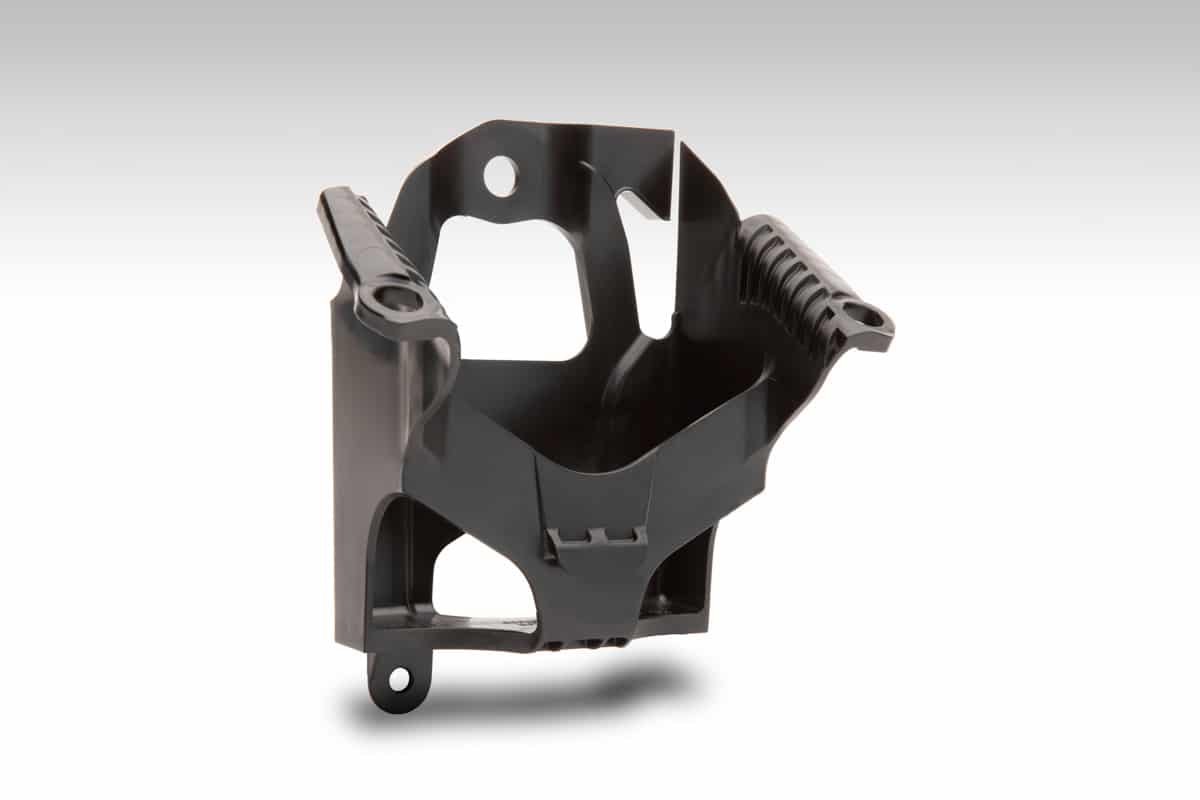 The battery also sits a little lower in the new chassis, and the 250 got a larger air filter. For Honda’s official info on the 2020 models, as well as all the 2020 models we’ve seen so far, click here.

Since this comes up frequently, here’s the official wording from the AMA Pro Racing rulebook on traction control. There’s a little vagueness in subsection A. The term “non-production” might open the door for production systems that use wheel speed as a factor. Or, it might not. We will cross that bridge when we get there.

3.16 Telemetry and Traction Control
a. Non-production electronic devices designed specifically for traction control are prohibited. This includes
sensors that can determine front wheel speed and any electronic control to the brake systems.
b. Electronic transmittal of information, including radio communication to or from a moving motorcycle, is
prohibited with the following exceptions:
i. MX Sports transponders utilized for scoring purposes (mandatory equipment assigned by AMA Pro
Racing).
ii. Data or video transmitted for the sole use of MX Sports-approved event television production (mandatory
equipment assigned by MX Sports).
iii. Electronic lap-timing devices are permitted. Transmitter beacons must be in an approved area. GPS may
be used for the sole purpose of lap timing and track mapping only. Receivers/antennas shall not be
mounted on the front area of the front number plate.
c. Data logging is permitted; however, the information may not be downloaded in real time from a moving
motorcycle.
d. Information downloaded from the motorcycle may be reviewed by the Chief Technical Inspector at any time.

Pala Raceway hosted a Pro Media day in anticipation of the 2019 Lucas Oil Pro Motocross Series. Most of the factory guys were on hand doing some outdoor testing, and we got to see some riders who have been on the injured list for some time.  Brandon Krause was there to catch some of the action. 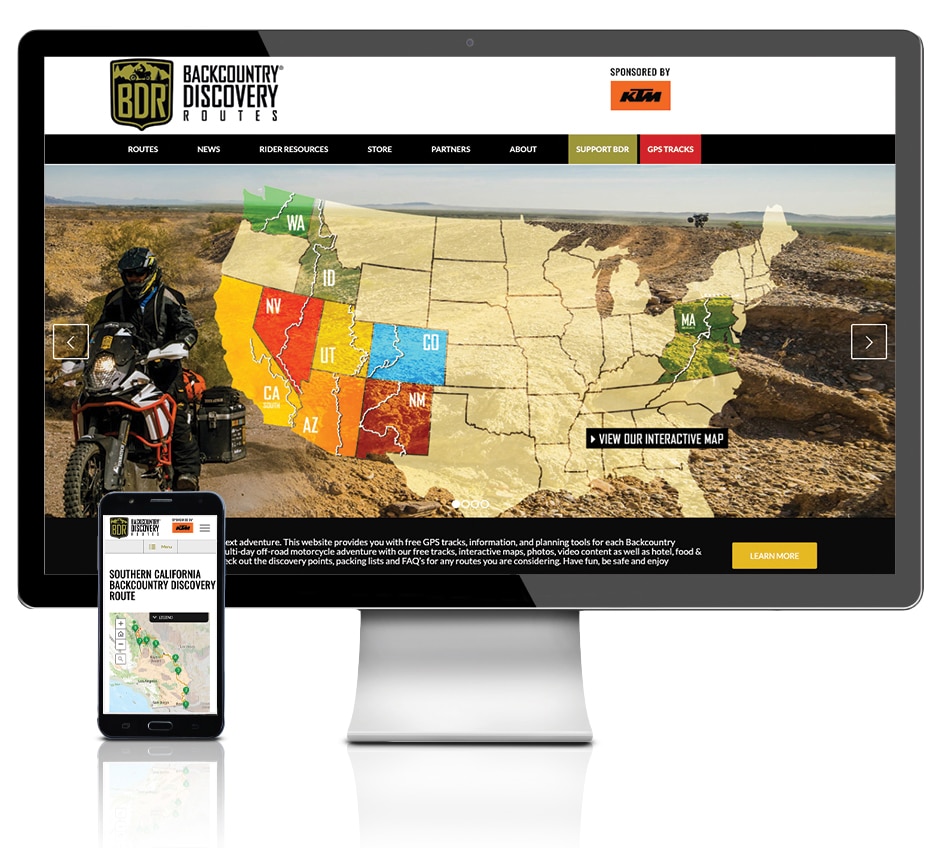 The guys at Backroads Discovery Routes have launched a new website. I’m a big fan of this organization. It’s a nonprofit that offers GPS tracklogs for dual-sport  treks throughout the U.S. Here are some of the features presented by the new site:

Real-Time Interactive Map
The new interactive route maps not only give you detailed information about each section of the route but contains layers that can display current weather, snow level and wildfire activity.

Jill Oliver created the new BDR interactive maps using the Esri’s ArcGIS mapping software. This platform has in-depth capabilities for gathering user generated data. We will be launching even more valuable map features in the future like live reporting from riders out on a BDR.

Improved .GPX File Downloads
Now, right from the homepage you can go directly to the GPS Tracks page and download multiple routes and/or route connector tracks at one time. Plus you can preview route connector maps and view route updates all in one place.

More Content
You can sort content on the News Page by latest news, events, route updates and articles.

There’s a ton of other updates for you to explore, all to make your experience more efficient so you can get out there and RideBDR. 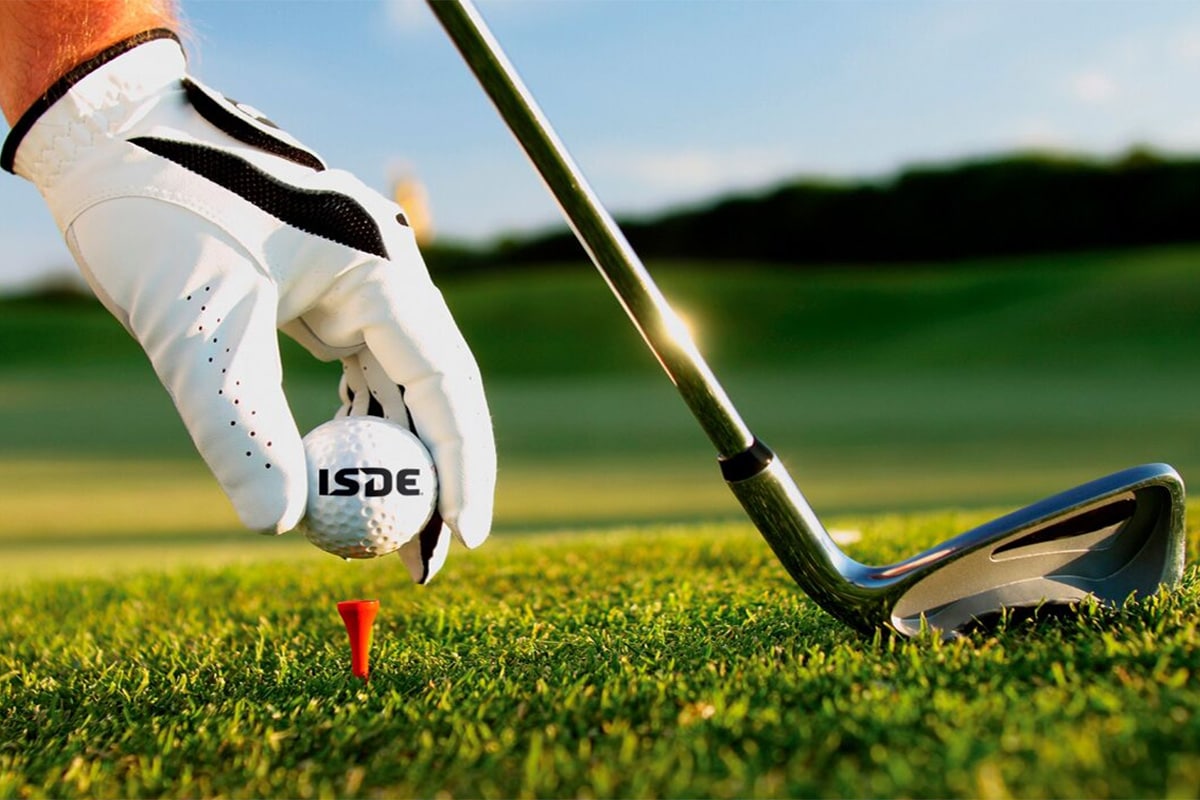 The USA ISDE Trophy Teams will host the Sixth Annual Golf Tournament Team Fundraiser at Snowshoe Mountain Resort’s Raven Golf Club, held in conjunction with the Snowshoe GNCC on Friday, June 21. This unique golf tournament will assist in the team’s efforts to represent USA at the 2019 running of the International Six Days Enduro (ISDE) in Portimao, Portugal on November 11-16, 2019.

The golf tournament will begin with a shotgun start at 9 a.m. on Friday morning, and will run until approximately 3:30 p.m. Many of the soon to be announced USA Trophy Team riders will be participating in this event. Each team is made up of four players and space is limited. The cost is $150 per person, which includes a meal at the end of one round of golf. If you are unable to attend and still wish to contribute to the USA ISDE Trophy Teams, donations can be made by selecting the “Donate” option on the online registration form. If you have questions about this event or would like to learn how to donate to the team, please contact Jennifer Leads – [email protected] or Antti Kallonen – [email protected]

The World Enduro Super Series starts this weekend in Portugal. This is an incredible event. Unfortunately, Cody Webb and Colton Haaker will not be attending this year. They will, however, be at round three in Erberg, Austria. Immediately afterward, they will be in the U.S. for the Last Dog Standing, along with Alfredo Gomez.

That’s it for this week!