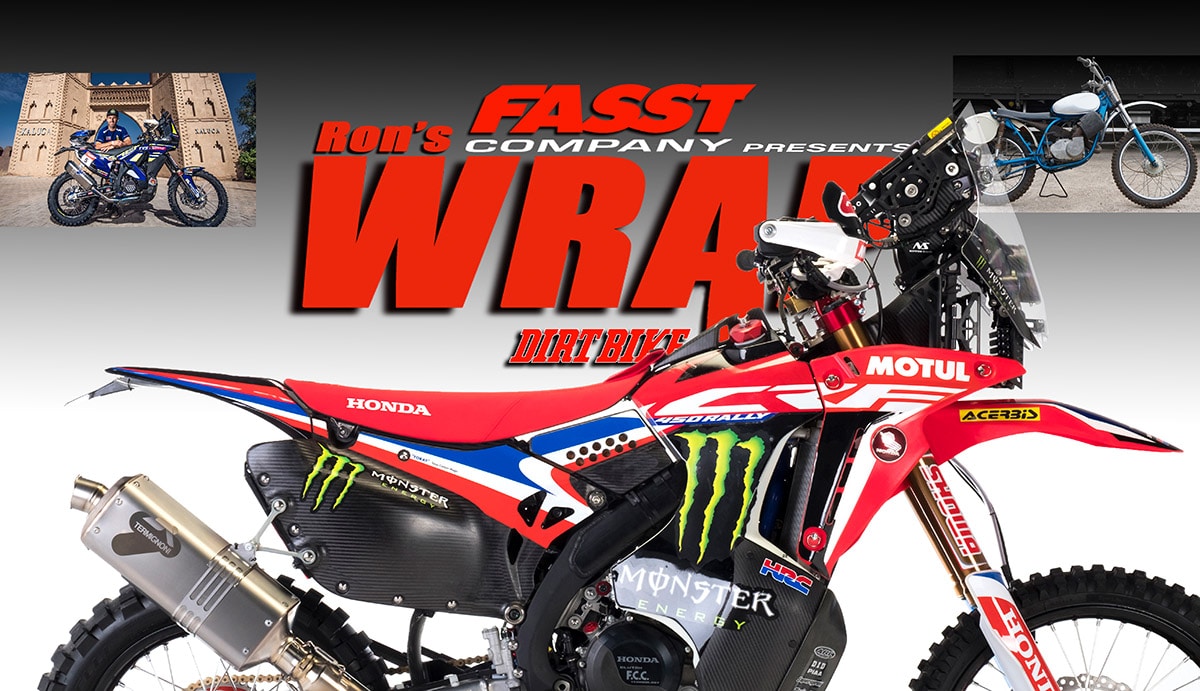 Ricky Brabec is currently leading the 2020 Dakar Rally by over 20 minutes, and going into the second half of the race, his bike is a major topic of discussion. The CRF450 Rally has been surrounded by controversy since its introduction in 2015. It is probably the most sophisticated bike in the rally. Contrary to what many people assume, it bears nothing in common with any production bike. Back in 2013, Honda used rally bikes that were built around the older production motor. Then a completely new bike was designed with the eventual goal of making a production bike. It had a double overhead cam motor and many of the internal features are still kept secret. 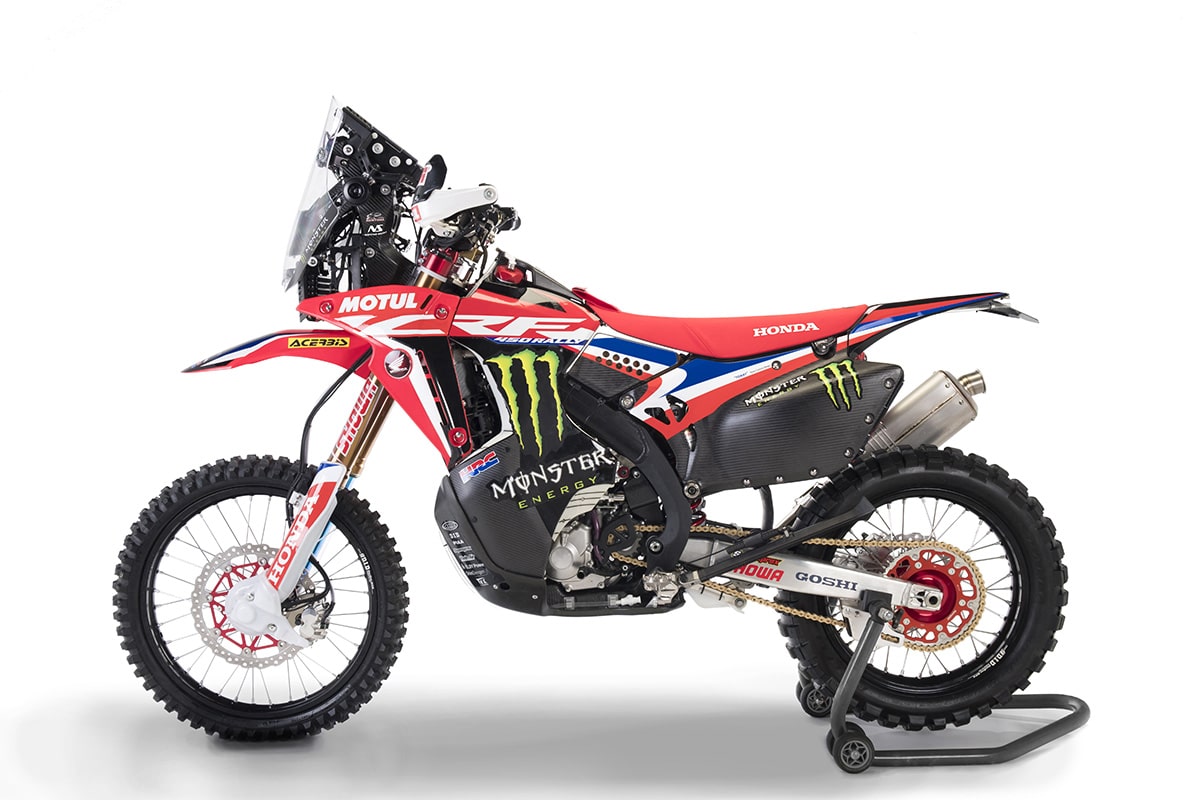 The reason for all the controversy is the Honda CRF450 Rally’s finishing record in the Dakar Rally.  Ricky Brabec finished ninth in his first attempt at Dakar in 2016. Since then, he has broken down every time. The most painful was last year, when Ricky was leading with only two stages left. The motor had been making noise, and it started running worse and worse until it would move no more. The Monster Energy HRC Team’s most celebrated member is Joan Barreda, who has 16 career stage wins. Despite that, he has no overall wins and three DNFs in the last four years. In Barreda’s case, he generally crashes out. That’s not Ricky’s issue, which is why there is so much speculation about the bike. In other events, the same basic bike has a good record. In October, the entire five-man Monster Energy HRC team finished the five-stage Rallye du Maroc, with Barreda finishing on the podium. The 2020 Dakar Rally is the longest of the high-profile rallies, now having surpassed the mileage of the Rallye du Maroc and only halfway to the finish. Today, Brabec’s teammate Kevin Benavides suffered an undisclosed engine failure and was towed in. 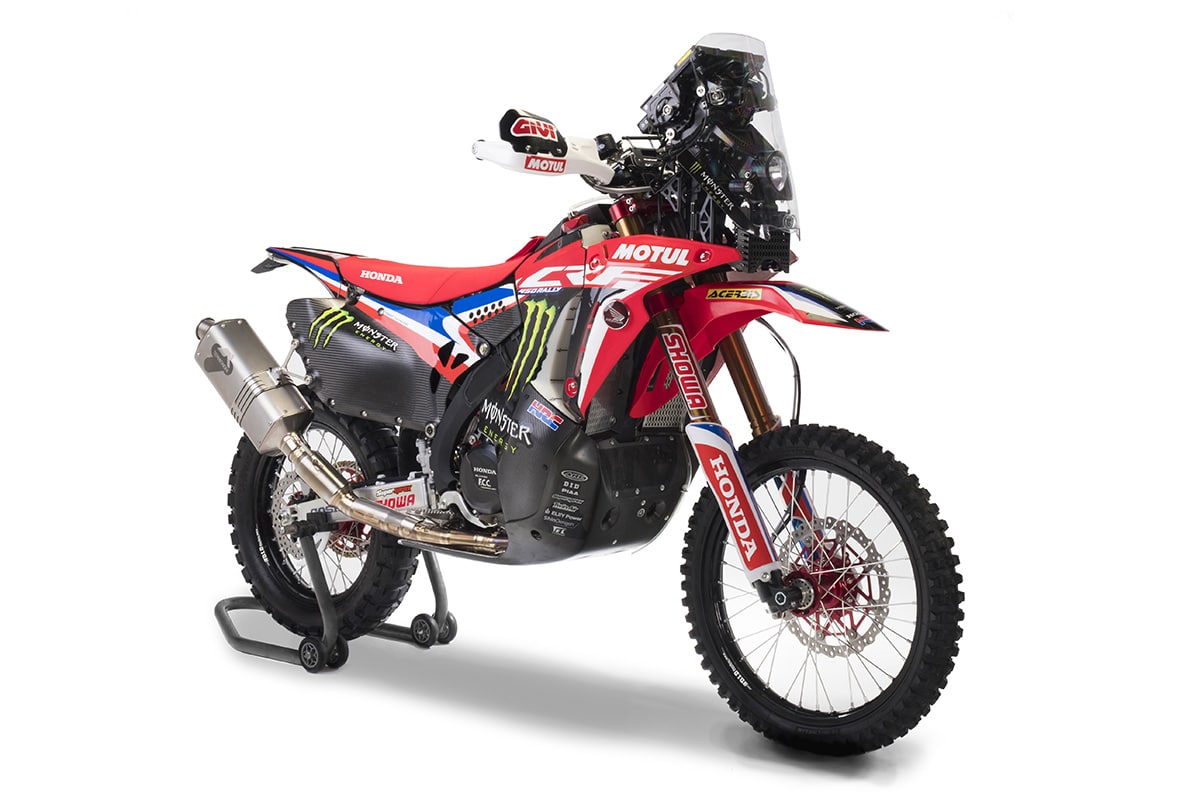 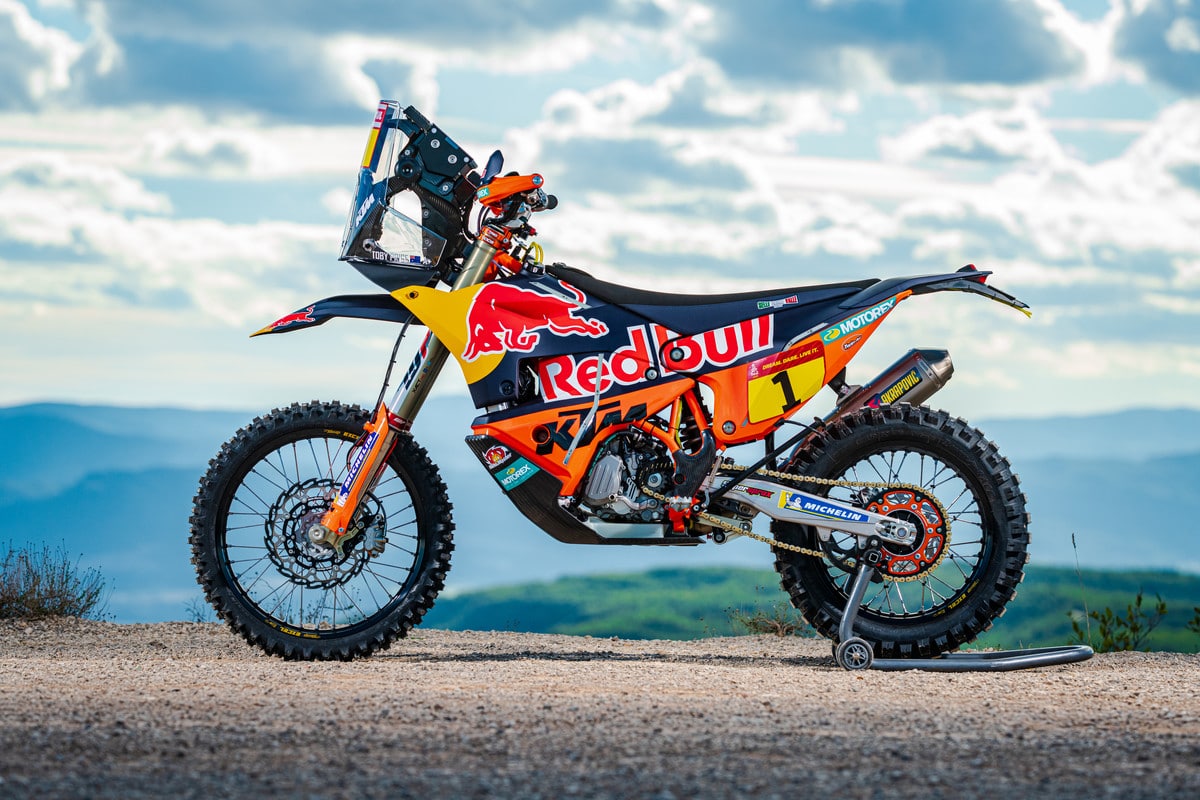 KTM is on an unbelievable run in the Dakar Rally. The company has won 18 in a row. The factory bike has been updated continuously, but doesn’t look  that different since 2014. 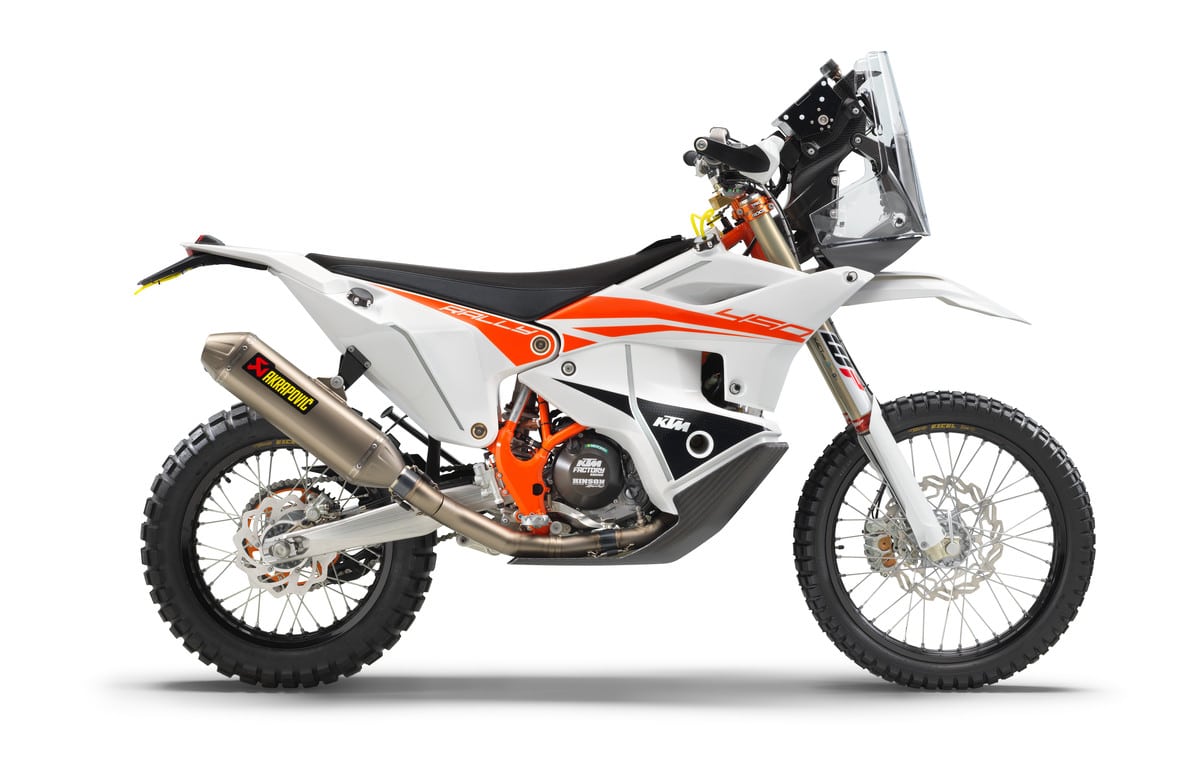 KTM also offers a “production” version of the rally bike. It can be purchased outright or with support from the KTM factory in the rally. This is the basis for most of the private efforts.  Skyler Howes and Garrett Pouncher, who are Americans on an independent team in the 2020 Dakar rally, are the the Husqvarna version. 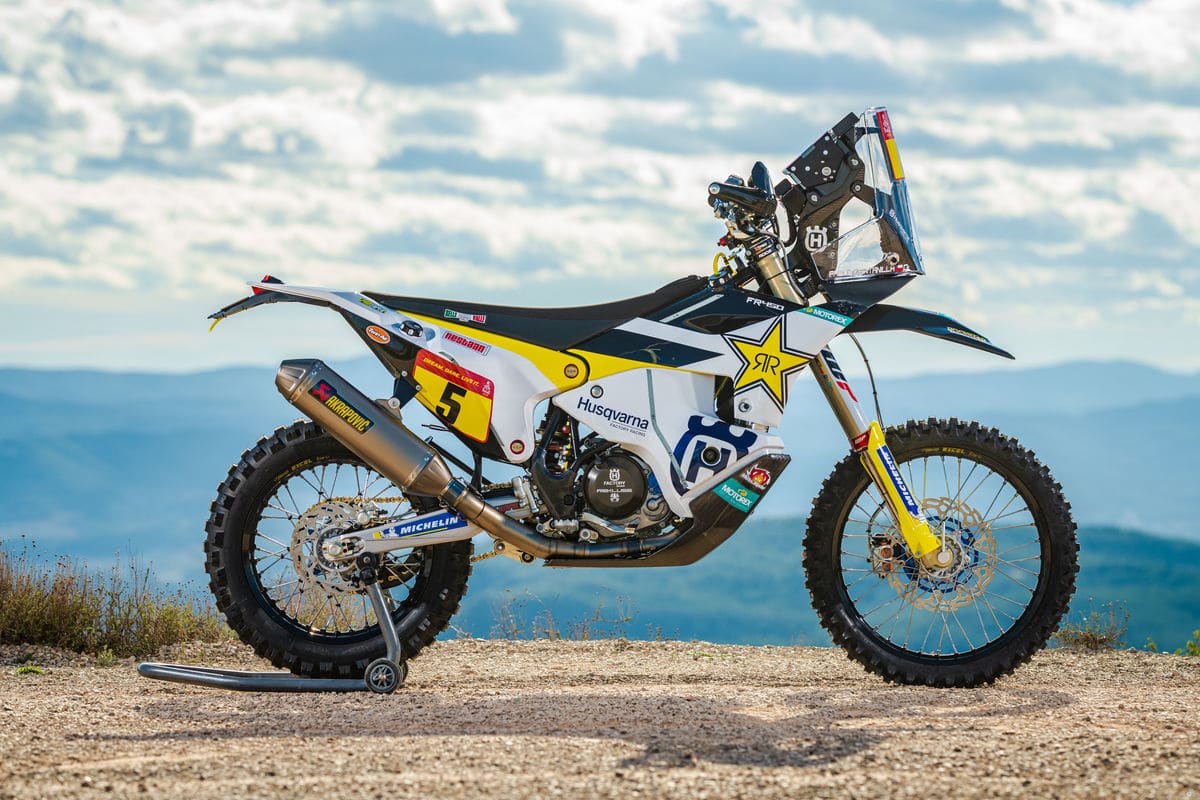 Husqvarna benefits from the development that KTM has made in its long Dakar history. Prior to KTM’s purchase in 2012, the Husqvarna team was based out of the Italian factory and the Rally  bike was actually developed by BMW. An evolution of that bike is still around in the hands of Hero. 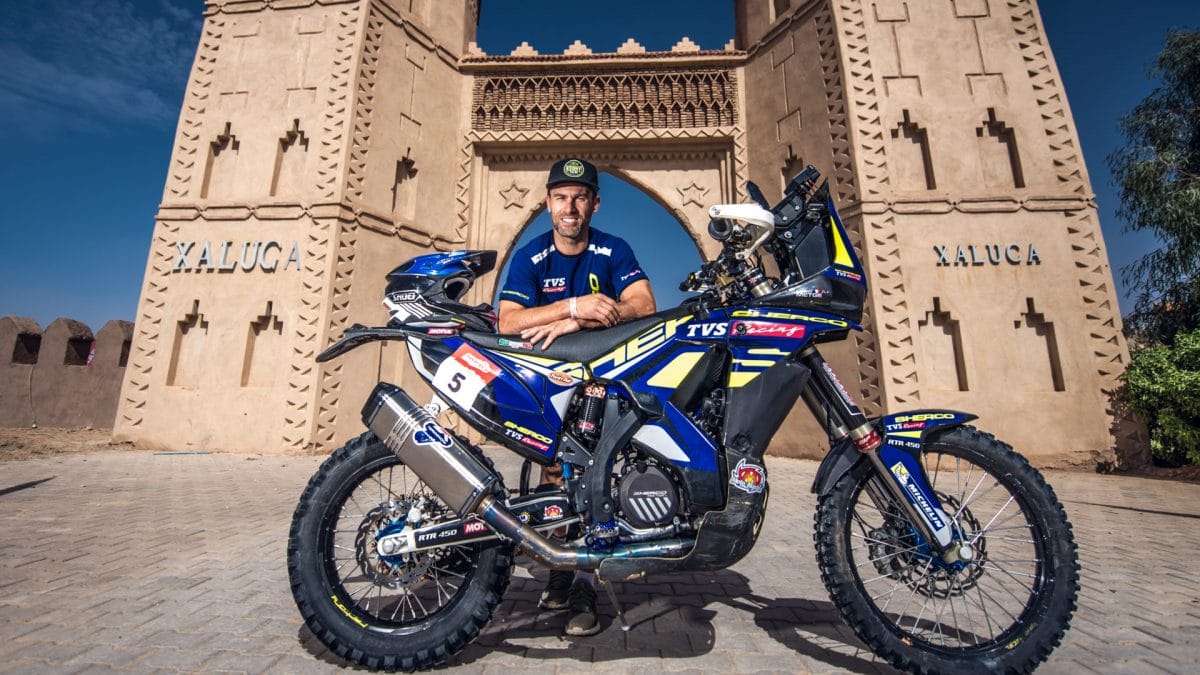 The Sherco team now has to be taken seriously. Even though the bike is plastered with TVS logos (an Indian motorcycle company), it is built in France on the Sherco 450 Racing platform. Johnny Aubert, Mickael Metge and Adrien Metge are all rally veterans and Mickael won a stage in 2019. Currently, Adrien Metge is running 11th and Lorenzo Santolino is 16th. 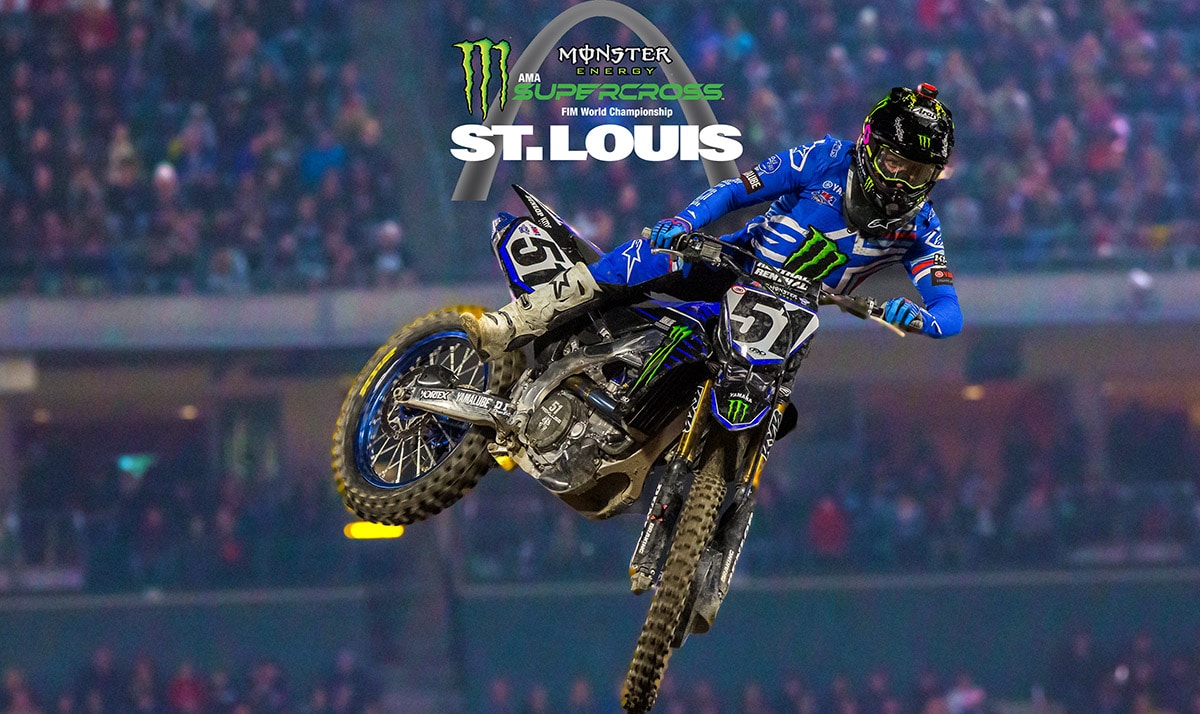 This weekend the Monster Energy Supercross Series rolls into St. Louis after the big rigs high-tailed it out of Anaheim One to make the 1800-mile trip.  St. Louis is decidedly closer to the East Coast than it is to the west, but it will still be considered part of the 250 East series and Justin Cooper will be out to protect his red plate. Yamaha’s other Justin (Barcia) will be out to prove that he’s not just an A1 guy. For full results and coverage of the 2020 St. Louis Supercross, click here. 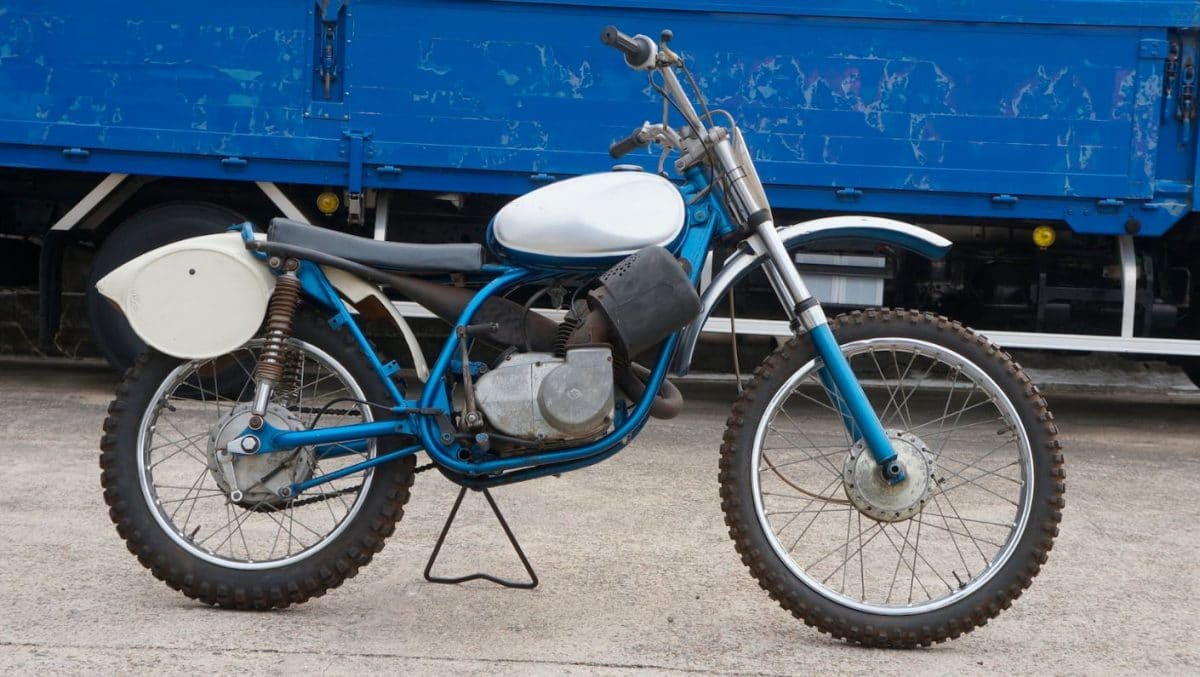 The Las Vegas Mecum Auction is coming up on January 21 and it will have over 1750 motorcycles on the block. You never know what will show up there. This bike is a forgotten piece of motocross history that paved the way to the GP success that Suzuki enjoyed with Joel Robert and Roger DeCoser in the ’70s. Its a 125 that was raced in 1967 and 1968 before going into storage for some 51 years. The stripped-down 125 motocross racer didn’t have an official name in Japan or with Suzuki, but is similar to an RA66 or RA125, or it was called a modified S10 in Japan. This bike was raced in the 1968 All Japan Championship event in the amateur class by Isamu Hori.

We are one week away from the Adelanto GP, which is probably the biggest off-road race in the U.S. by participant count. This is the second year of the AMA National Grand Prix Championship, which was formerly known as the regional Big 6 Series. Trevor Stewart is the defending Pro Champion, although as of our last knowledge, he is a full privateer, having severed his relationship with JCR racing. The NGPC will have two additional events this year, bringing the total to 10 races. For more info, go to www.ngpcseries.com. 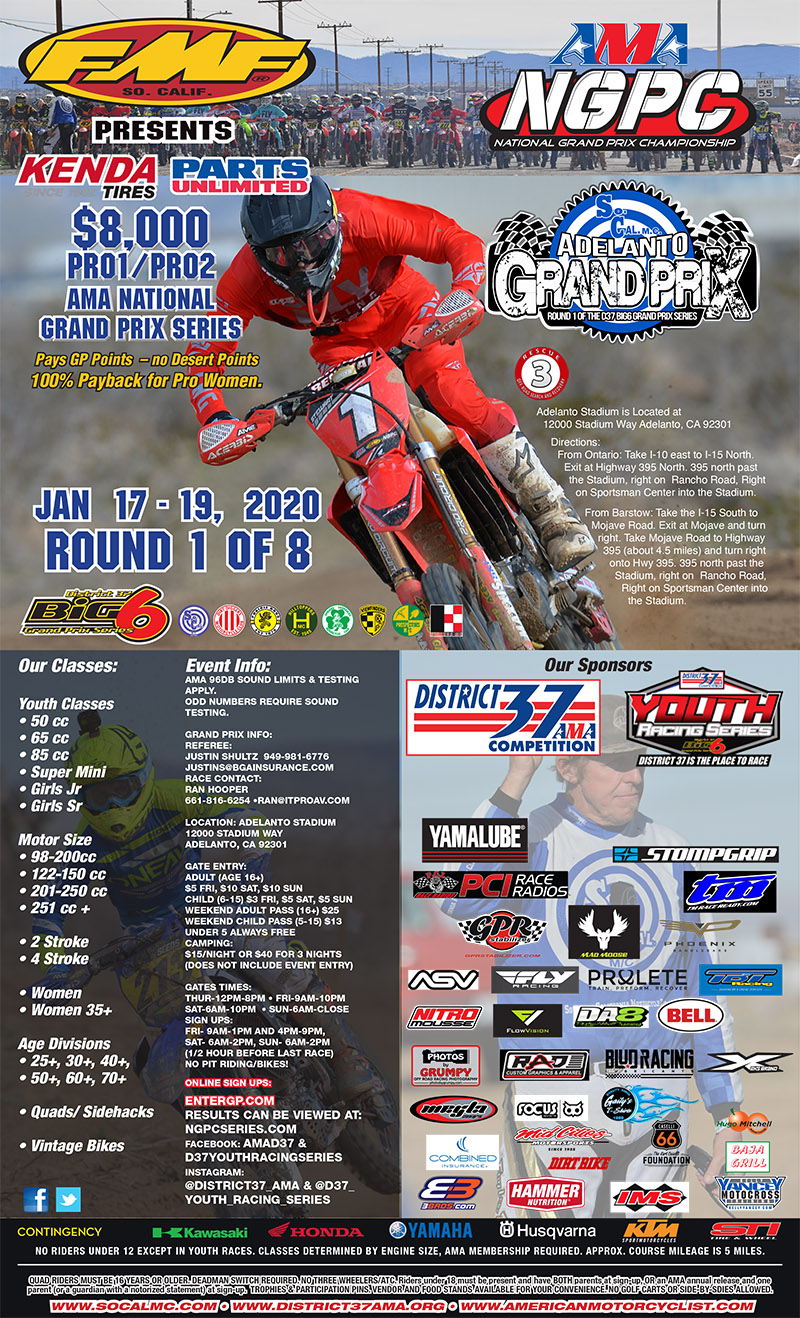 That’s all for now. See you next week!