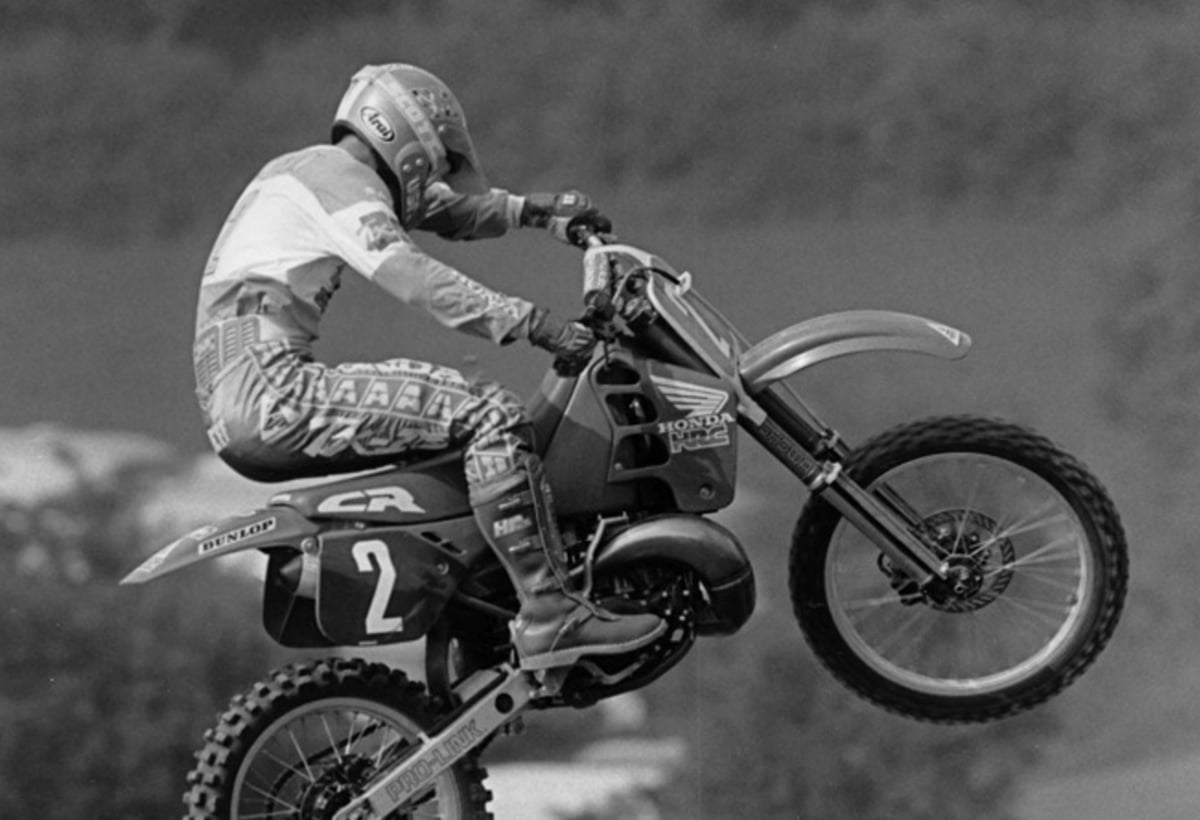 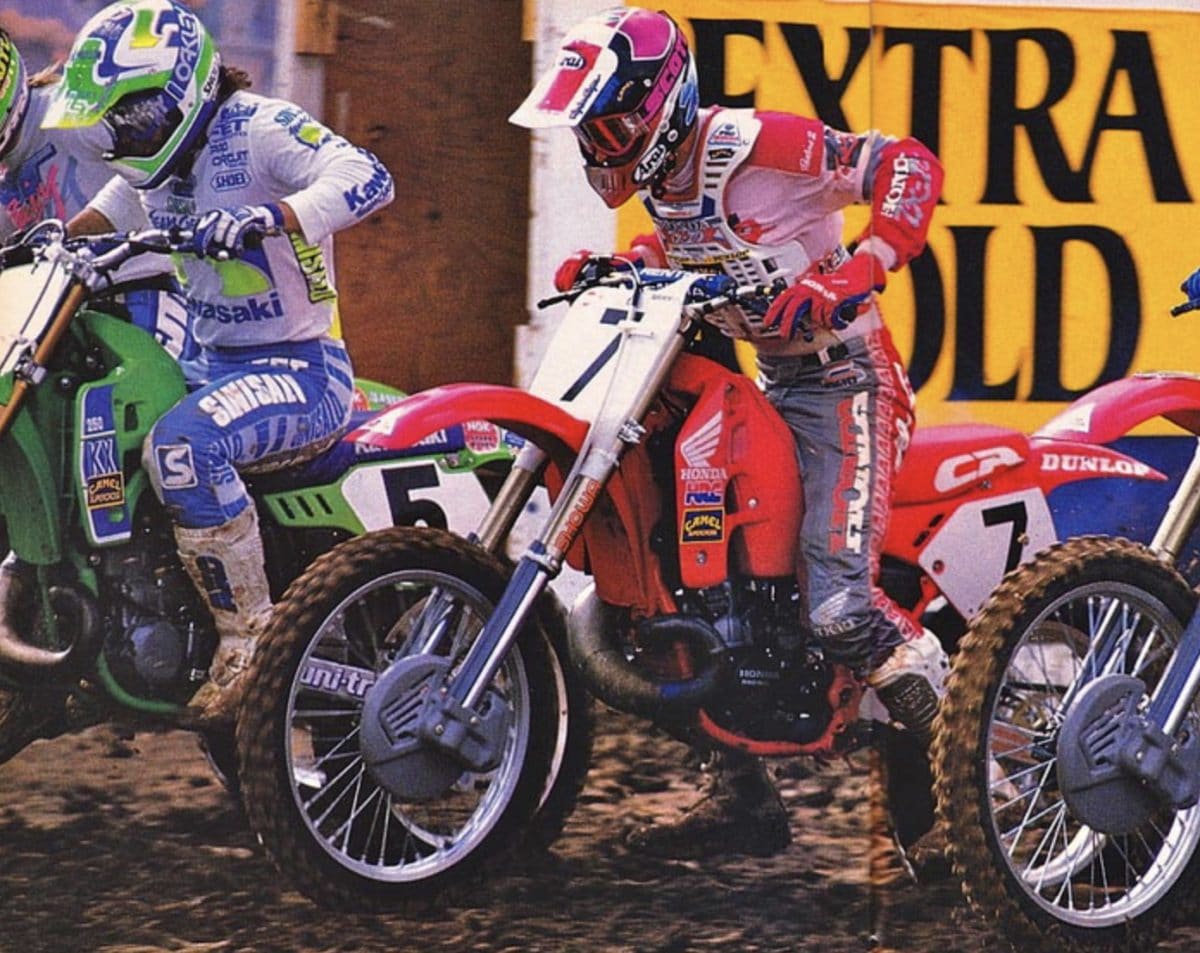 Jeff Stanton and Dave Arnold both played a pivotal role in Honda’s total domination of the US. Motocross scene in 1989. Terry Good, a collector extraordinaire and restorer of historical motocross machinery tells the tale of Jeff, and his role in the development of the 1989 Honda RC250. It was the waning years of HRC, where Honda had committed to fund HRC for 10-years. Their goal was to develop the best equipment and put Honda on top of the racing community.

“It was Dave Arnold who hired Jeff Stanton who was a Yamaha support rider to the mighty Honda Motocross Team. “I hired Jeff as a project, basically to help him develop into a top rider but more importantly, he was hired as a test rider. I did not want to burn out our top riders like Ricky Johnson with endless hours of testing. I wanted someone like Jeff who was a dedicated, focused and hardworking rider who had talent and did what he was told.” As it turned out, after trying to “basically run him into the ground” Jeff turned out to be an excellent test rider. He played a major role in the development of the ’89 RC250, which to this day riders say was the best 250 Honda ever made. Stanton said “Our 1989 250 was by far the best, much better than the bikes we had in the 90s.” In Dave Arnold’s words “Our 250’s in the 1990’s were designed after HRC got out and were garbage compared to the 1989 bike.” 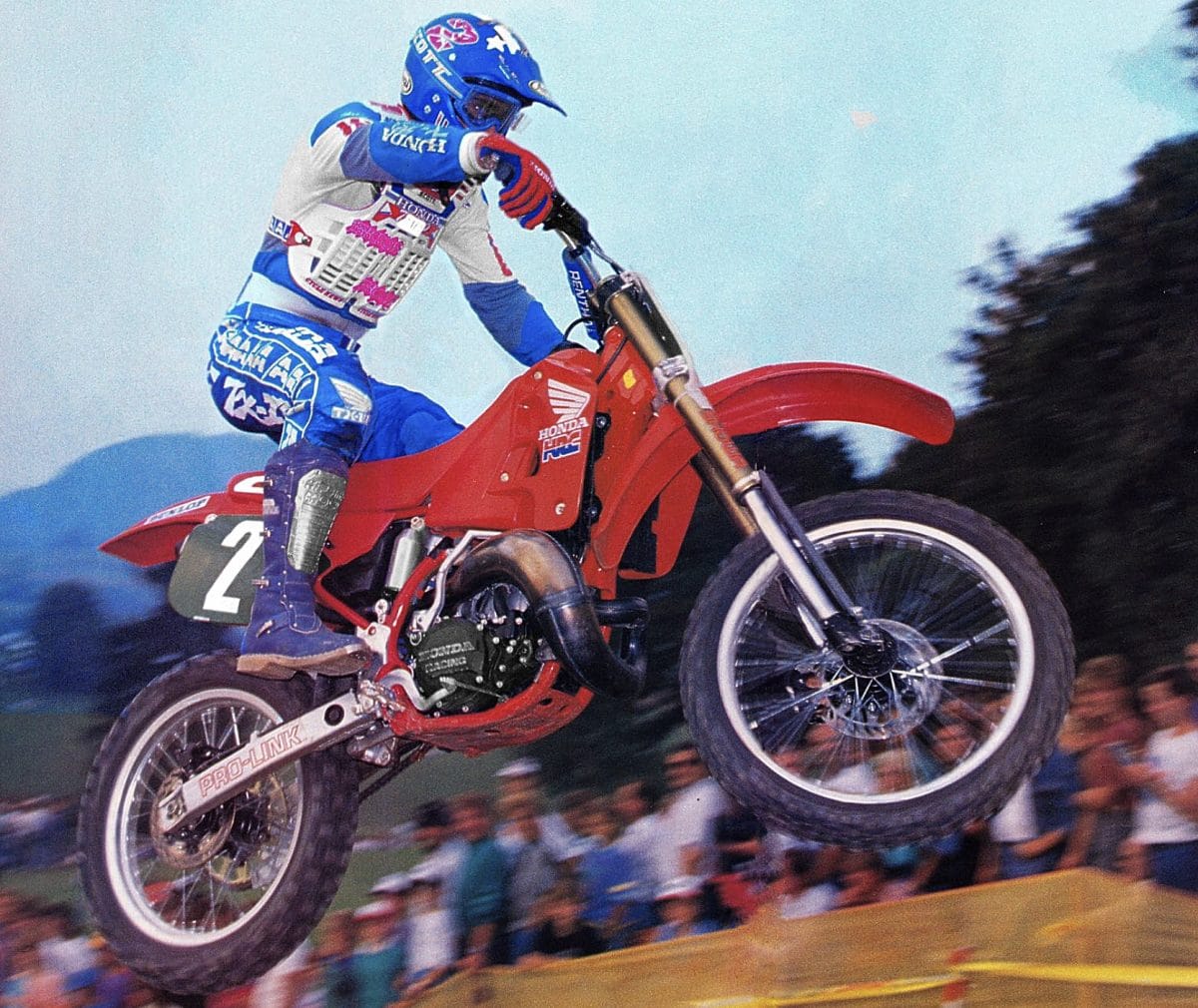 Thanks to mxworksbike.com and go to their site for in depth coverage of motocross works machines and the history of the sport.

LACR MX REOPENING THIS WEEKEND MAY 9TH: WHAT YOU NEED TO KNOW