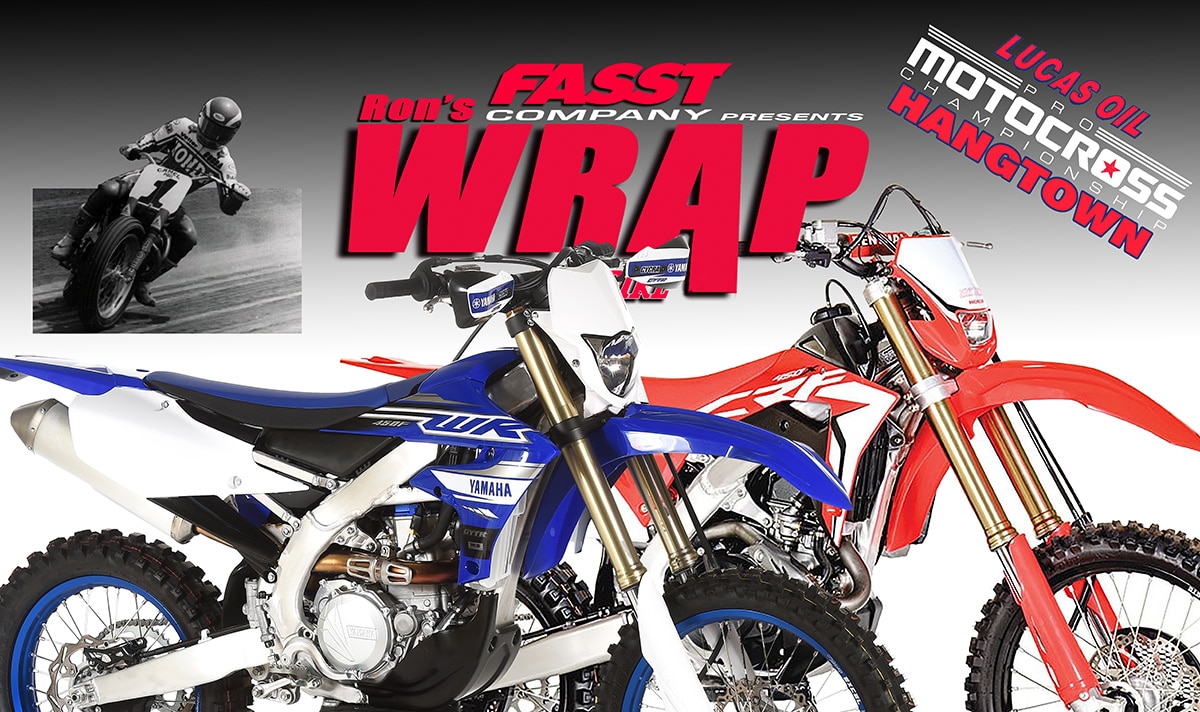 The Honda CRF450X and the Yamaha WR450F were both completely redesigned for 2019. That’s a freaky alignment of the stars: two bikes that never change are suddenly the newest, latest motorcycles in the dirt bike world. To be fair, the Yamaha has changed a number of times over the past 20 years. It already had fuel-injection and wasn’t too far from the current motocross bike. That’s not true of the Honda, which looked almost the same back in 2005. 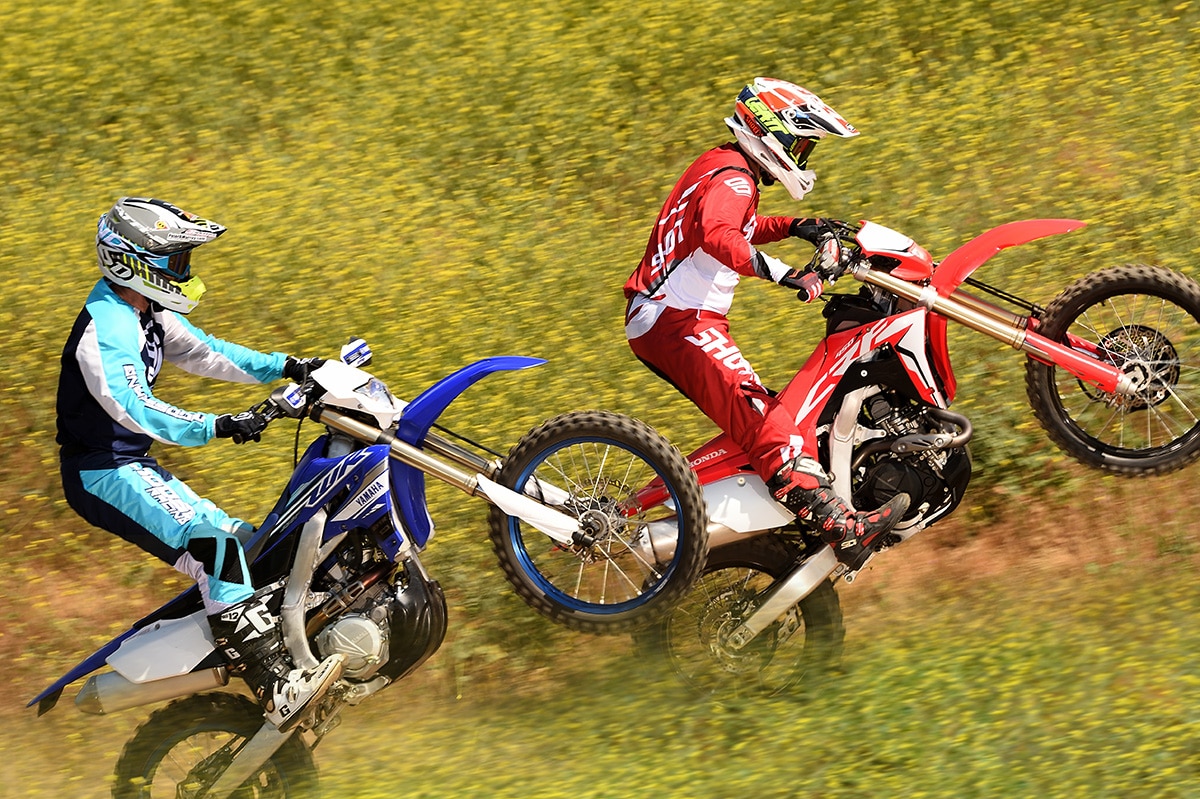 These bikes are both imported as off-road bikes with all the EPA regulations for emissions and noise. That used to be the kiss of death for a bike. Not any more. The rules are looser than they are for dual-sport bikes. The truth is, they run really well; none of the coughing, backfiring and stalling that used to be the EPA’s stamp. In a weird twist, though, the WR does not have California green sticker approval for 2019. Yamaha officials gave us a fairly unplausible story about why. The bottom line is that if a green sticker is important to you,  wait for a 2020 model. The Yamaha still comes with a throttle stop and an inner baffle that virtually everyone removes. It’s still super quiet. 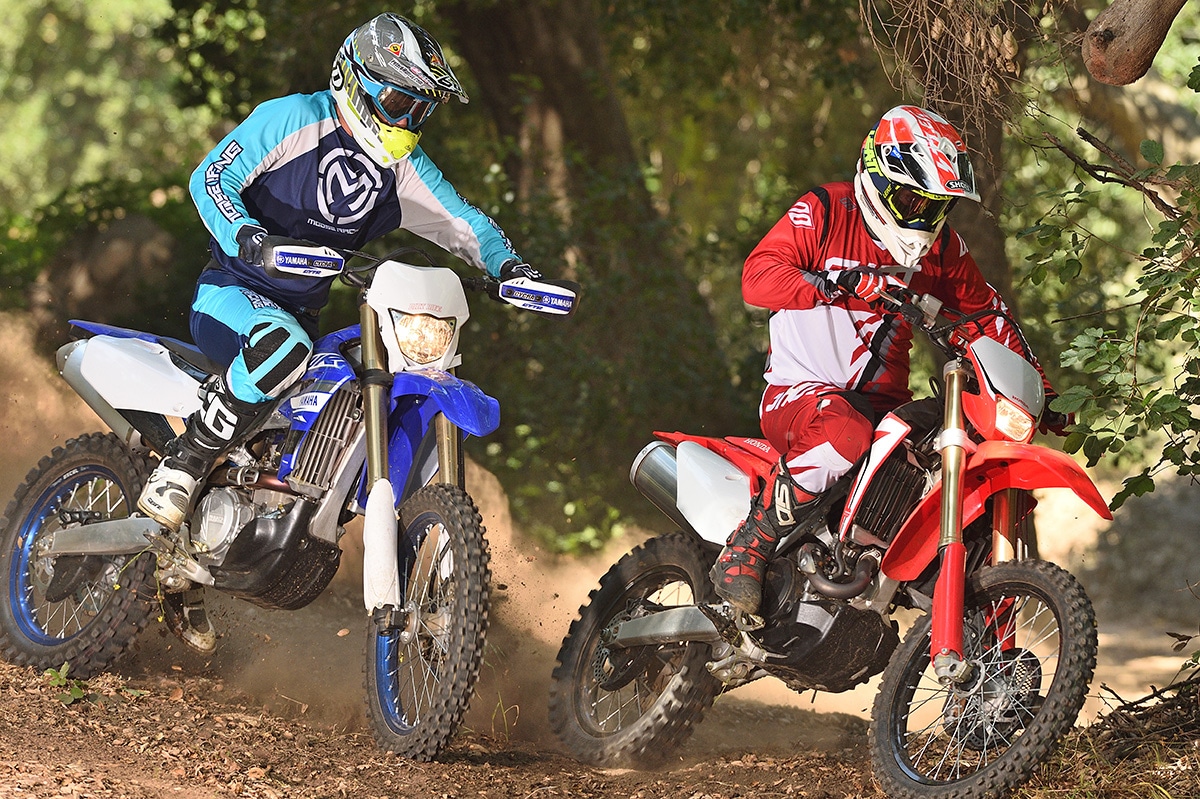 We love the fact that these bikes are so quiet. If you’re the kind of rider who spends long days in the saddle, you understand. It makes riding better. In horsepower, they are virtually equal. They’re pretty fast–not in the same league as a 450 motocross bike, but they will easily hang with a good-running 250F MX bike. Like I said, they are both well-behaved without any of the old cough-and-die syndrome. At low rpm, the Honda is a little erratic, just like the 450L. It doesn’t like to hold a steady rpm when you have the clutch in. The good news is that the clutch is much better with a lighter feel than the one in the motocross bike. The Yamaha is a little easier to manage down low, but ramps up quickly and actually feels a little more aggressive overall. The Honda is a six-speed based on the CRF450L dual-sport bike. Yamaha has a wide-ratio five speed with a very low first gear. 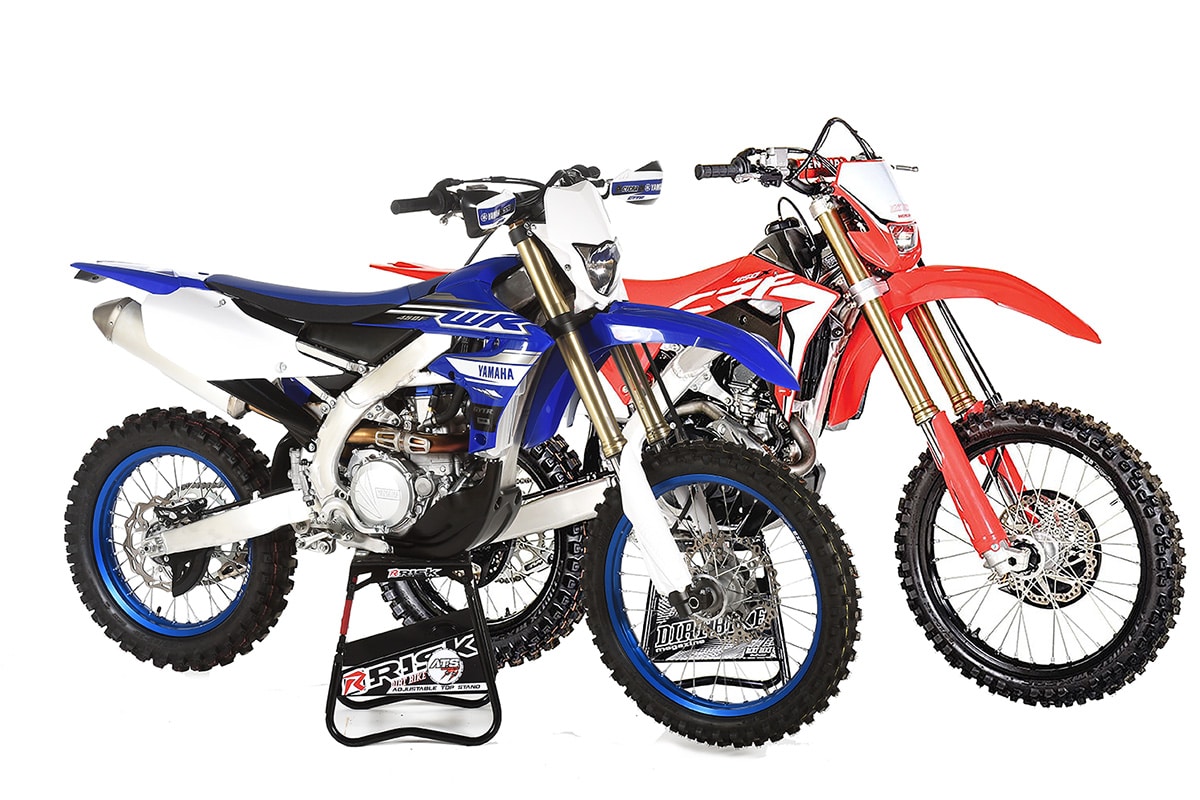 They both have their quirks. The Honda is a steamer if you ride in first gear too long. For some reason, Honda didn’t give it a radiator fan like the 450L. The Yamaha does have a fan and it seems to run all the time. It’s almost noisier than the exhaust. The Yamaha also has some pretty annoying intake noise. You get used to it. The final Yamaha gripe is that it won’t start in gear. The funny thing is that the clutch feels great and doesn’t seem to drag at all. 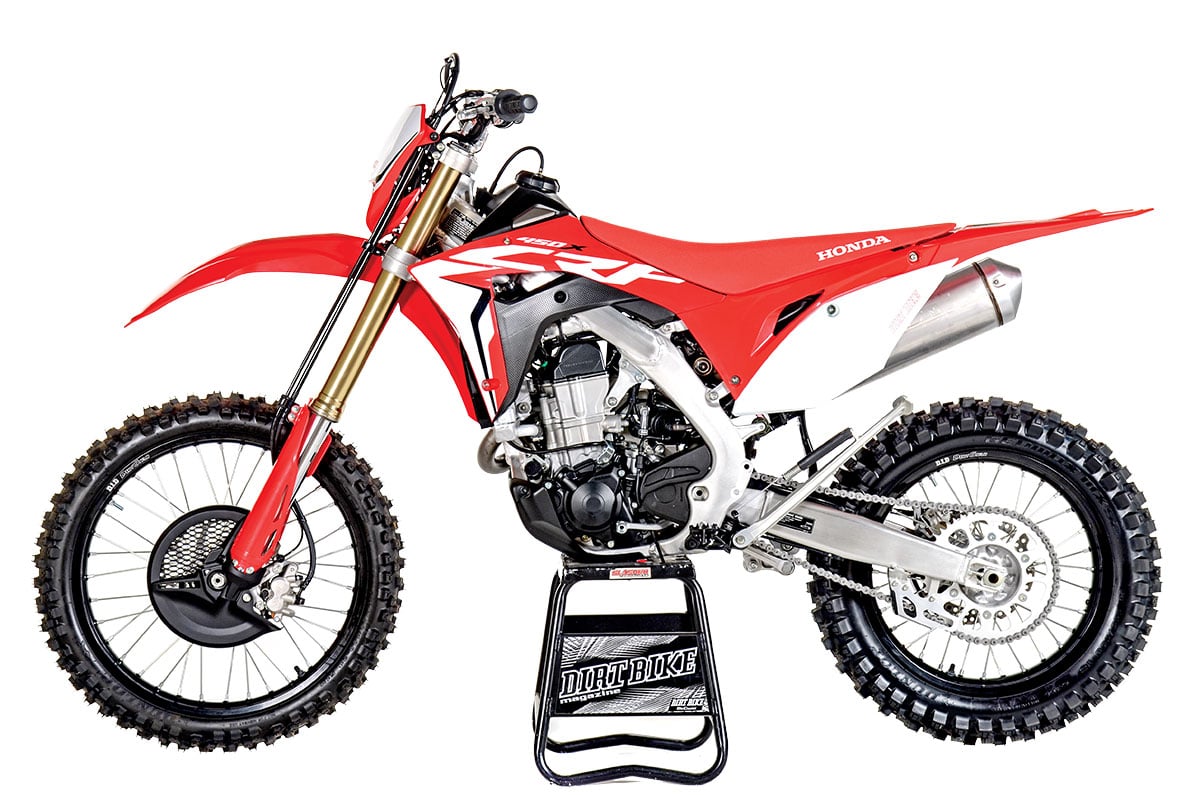 The Honda’s most significant handicap is its weight. It weighs 263 pounds without fuel. That’s about 5 pounds heavier than the old 2005 model. We have no idea where the weight is. The Yamaha is 252 pounds. We still agree that they both handle pretty well. The Honda has truly great ergos;  everything is in the right place. The Yamaha feels exactly like the MX bike, which some riders like and others don’t. You can’t tell that the WR has a larger tank than the YZ,  whereas the Honda’s fuel tank is a little more intrusive. 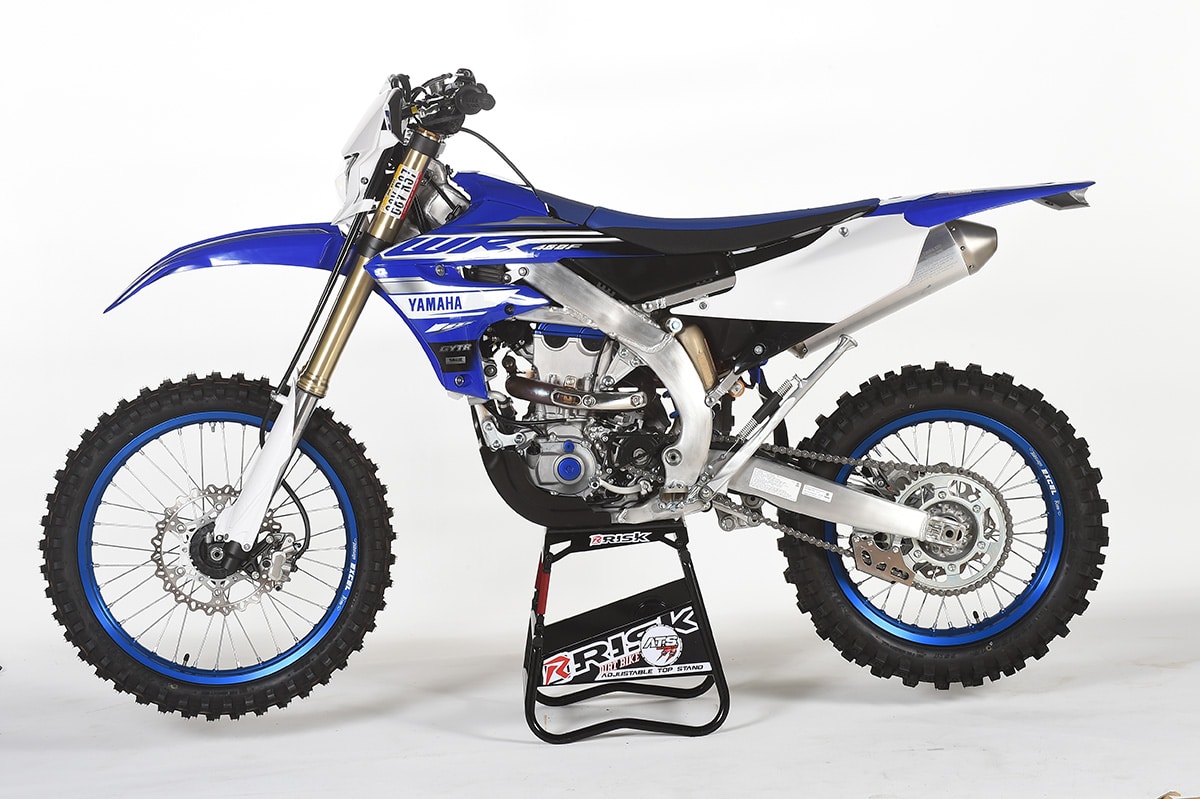 Both Yamaha and Honda scored in the suspension department. As you might expect, they’re a little on the soft side, but man, are they comfortable on the trail! They both use the same components as their motocross counterparts, which are extremely good on the track. If you want stiffer, it’s an easy fix. We still have a lot of testing to do, but the full story will appear in the August, 2019 print edition of Dirt Bike.

Husqvarna has broadened its line with some new models. The Svartpilen 401 is kind of a scrambler for hipsters. It’s an inexpensive bike ($6299) with slight (very slight) off-road capability. One very significant fact is that it’s a Husqvarna-only model. There is no KTM version of the same bike. That could be the start of the brand separation that enthusiasts say they want. 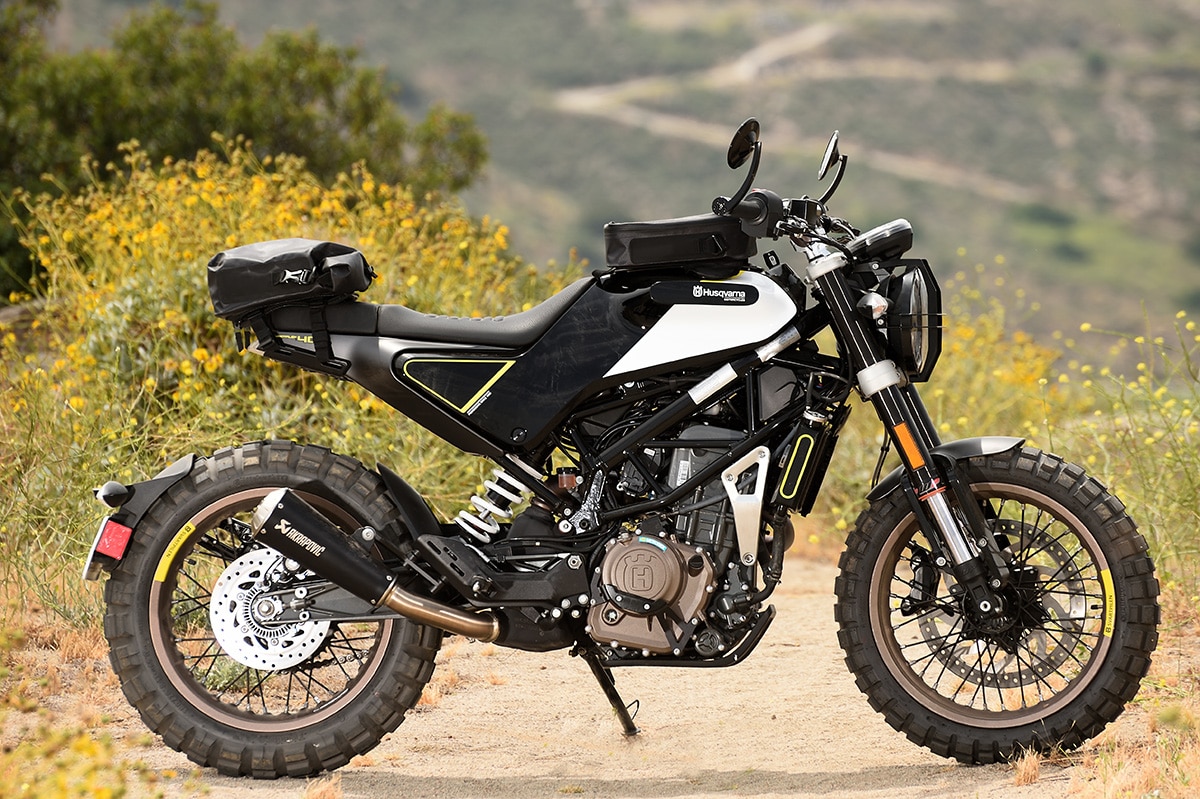 This particular bike was decked out with accessories to make it a little more dirt worthy. The Conti TKC80 tires and a big upgrade. It also has an Akrapovic exhaust and a Rekluse clutch, which are Husqvarna accessories. It’s a fun bike to ride on a smooth dirt road because the motor is so revvy and it’s surprisingly fast. It will be featured in the August, 2019 print edition of Dirt Bike. 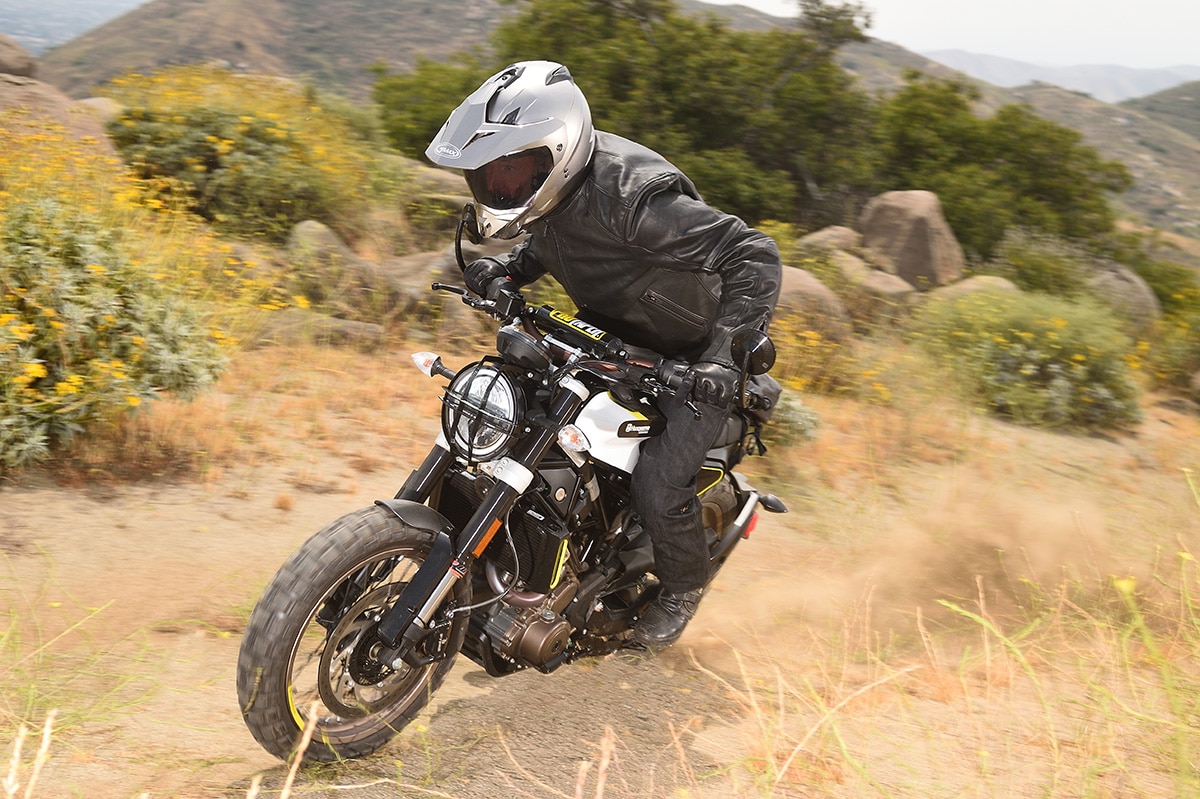 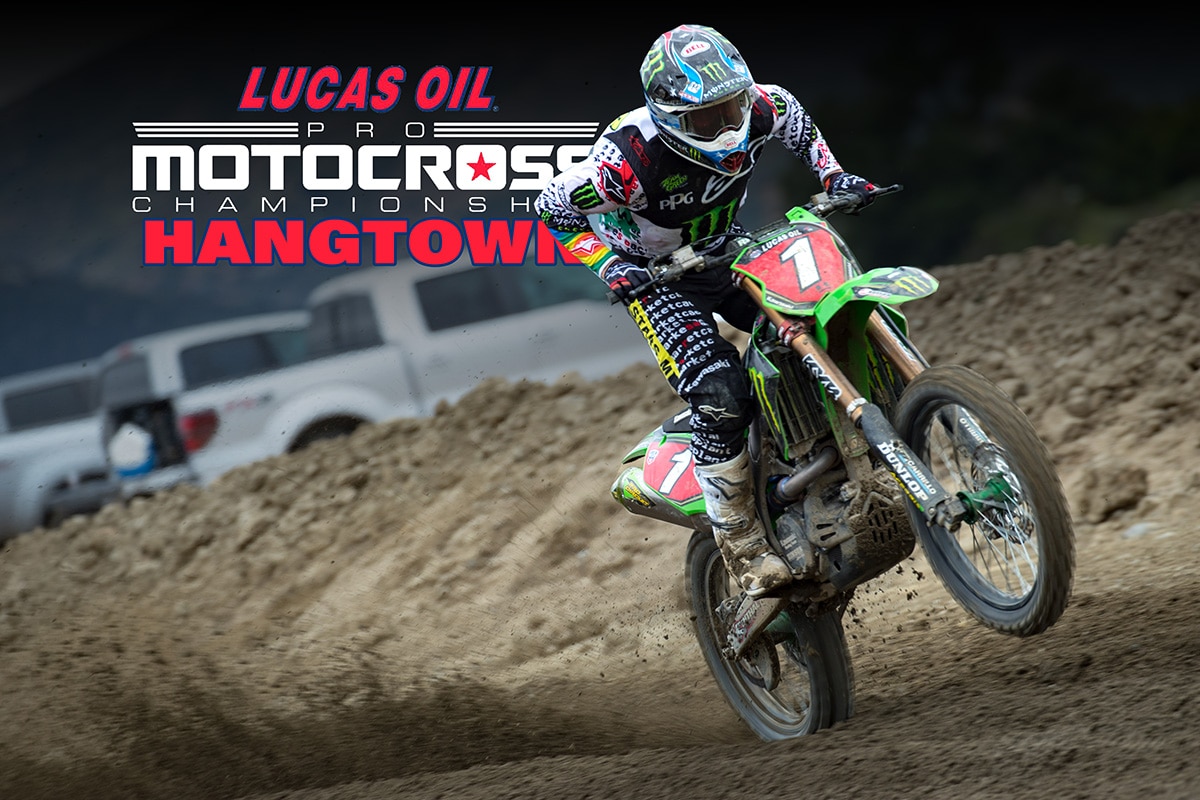 The forecast for Saturday is for 100% chance of rain in Sacramento, California. Brandon Krause and I will be up there, knee-deep in awesome and digging every minute of it. Hangtown is a very special place for me. I went to high school an hour away and it was the first National MX I ever attended.  We will have live posts here at www.dirtbikemagazine.com as the results come down. The broadcast rights will once again be split between MAV TV (which is owned by Lucas Oil) and NBC Sports. 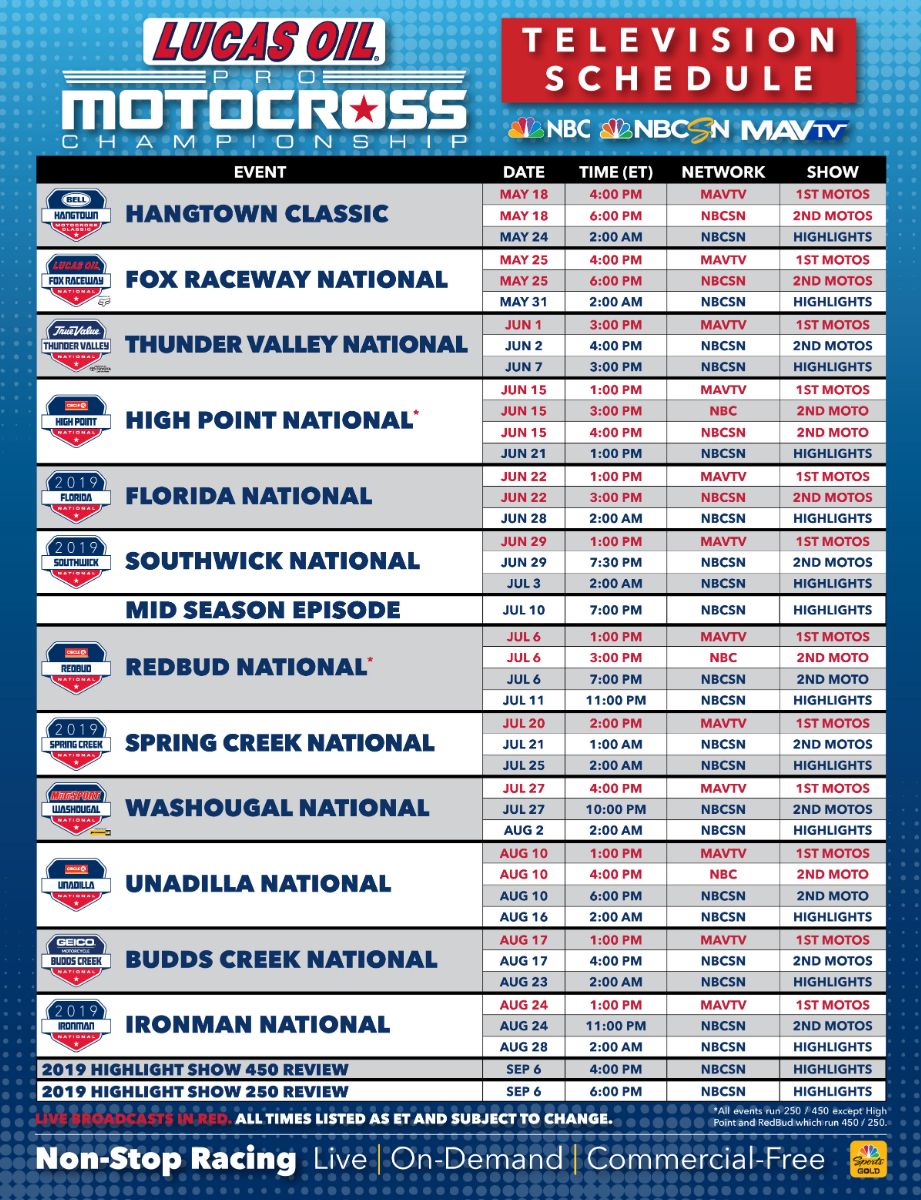 The first round of the WESS took place in Portugal last weekend. This is a little piece of it. It gets a little wild in the back of the pack.

“The racing program at AMA Vintage Motorcycle Days features competition in six racing disciplines that welcome racers of all skill levels,” AMA Director of Racing Kevin Crowther said. Class winners in the trials, hare scramble, motocross and road racing disciplines will be recognized, and AMA National Champions will receive AMA National No. 1 plates. The flat track race, which takes place at the Ashland County Fairgrounds, is the seventh round of the AMA Vintage Flat Track Series.

In addition, two outstanding riders will earn the AMA Off-Road Vintage Grand Championship and the AMA Senior Off-Road Vintage Grand Championship for excelling in expert-level eligible classes. For 2019, the Non-Current classes in hare scrambles and motocross have been renamed Revolution 1, and a set of new Revolution 2 classes has been created. The Revolution 2 classes are open to production two-stroke motorcycles from model years 2008 and older.