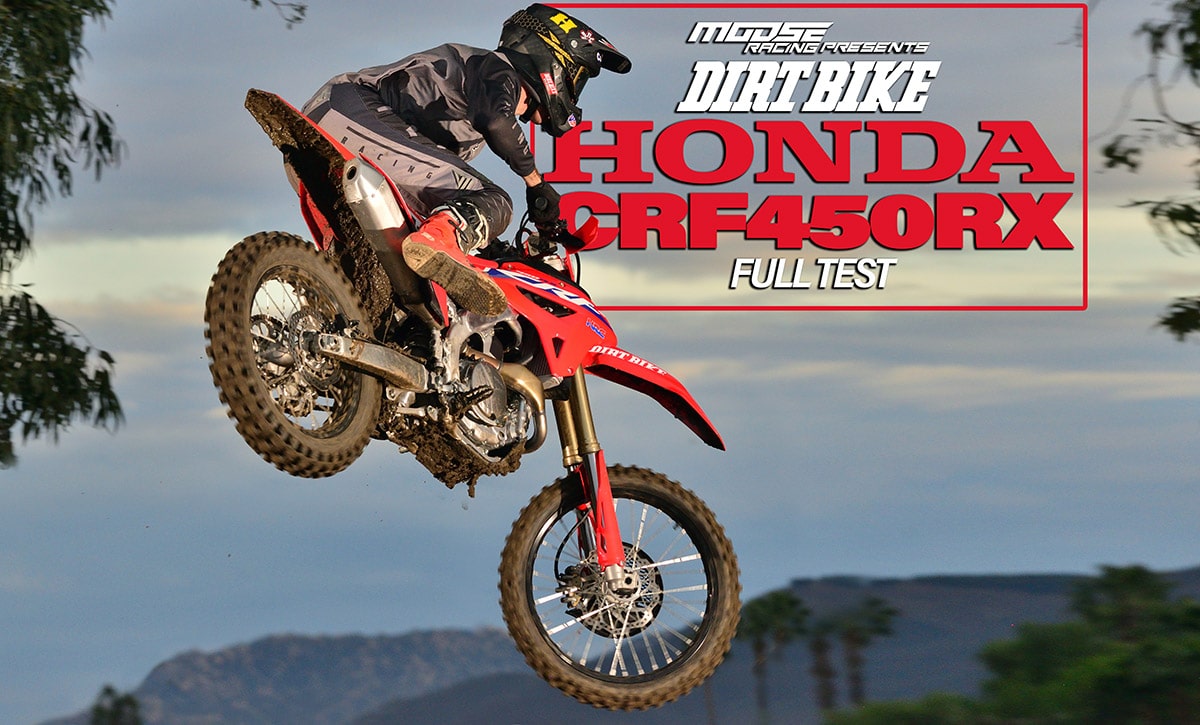 The overlap between motocross and off-road has never been so wide. Machines like the Honda CRF450RX can stake a claim in either camp. The RX is, in its simplest terms, a Honda CRF450R motocross bike that won’t chew you up and spit you out. The fact that Honda and virtually every other manufacturer is offering some version of the 450RX is a polite way of saying that you’re no Ken Roczen—and they know it.

The RX is, of course, classified in the semi-nonsense “closed-course off-road” category. That means it’s not an EPA-approved trail bike with approved emission and noise output, but it still has concessions to appeal to off-road guys. Honda started with a full-competition 2022 CRF450R motocross bike, which has a fierce reputation even in the MX world, and tweaked it with a five-point hit list:

1. Different mapping to smooth the power delivery. The RX still has three different maps that can be selected through a handlebar-mounted switch, but all are a little mellower than those of the MX version. Another button gives you access to Honda’s particular brand of traction control, which has off-road parameters.

3. Range. The RX carries about a half-gallon more fuel, bringing the total capacity to 2.1 gallons. The fuel tank is plastic rather than titanium.

5. Creature comforts. The RX has a kickstand and handguards that the MX bike doesn’t get. To be fair, the MX bike does have a skid plate and a disc guard, just like the RX. The RX also has slightly lower final gearing (50-tooth rear sprocket versus 49).

The rest of the bike is identical to the motocross version, which was all new in 2021. At the time it was a little of an anticlimax. The bike was eagerly anticipated, but the COVID pandemic made it difficult for Honda to finalize suspension and mapping, so it wasn’t all it could have been. Band-aids and updates followed. That was a shame, because the bike was actually ground-breaking in so many ways. The frame was new, it did away with the twice pipes and was much lighter. One of the updates that translated well to off-road was the Nissin hydraulic clutch, which was something the Honda desperately needed. When the RX arrived in early 2021 it had different mapping and actually was a much better bike, and that’s essentially where we are right now in 2022. 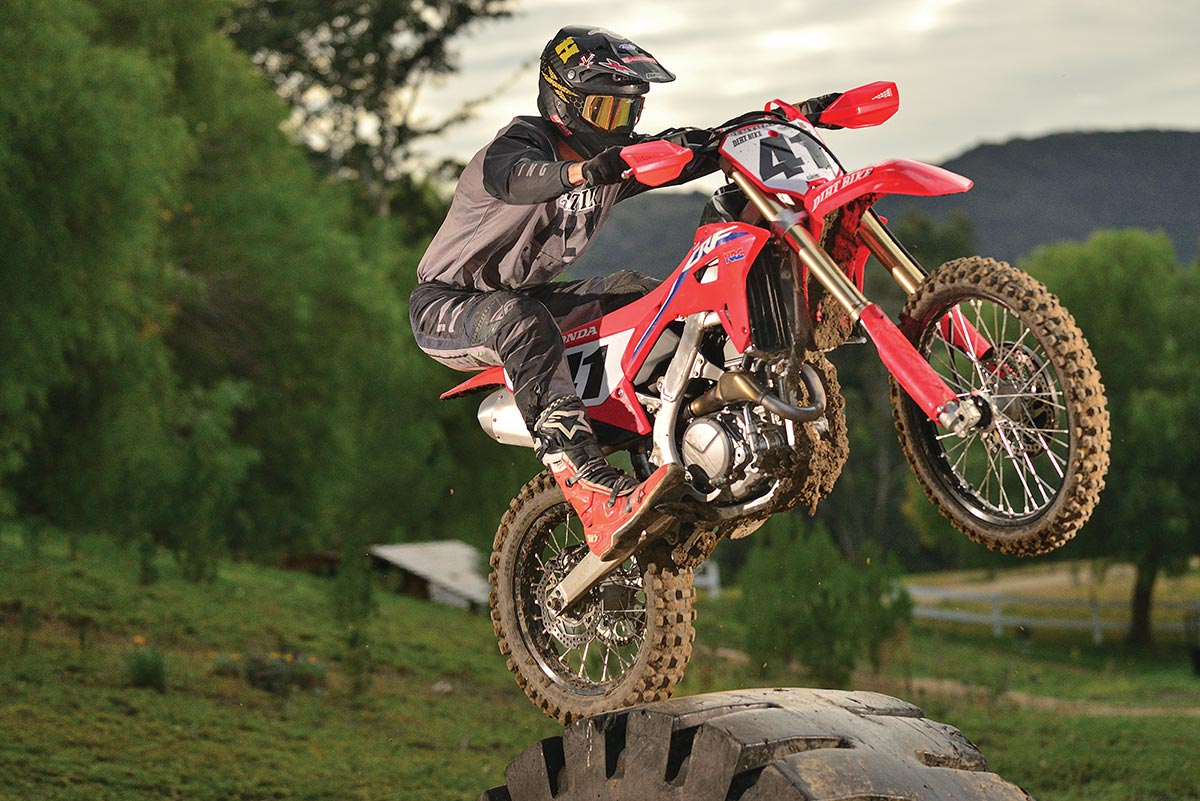 Most of the differences between the RX off-road bike and the R motocrosser contribute to make the RX a better overall motorcycle. The softer hit is number one on the list. It’s a much easier bike to ride, but still has so much power. In the off-road world, it’s perfectly at home in deep sand, and there’s no hill that’s too steep. Just like all of its kind in the “closed-course off-road” category you have to ride the bike within a very narrow definition of off-road. It’s not a bike for tight trails. It’s still too powerful for that, and it can stall and overheat quickly. But, give it a little open space and watch out. The Honda likes to go fast.

The softer suspension is welcome, too, even though we criticized the motocross bike for being too soft in the rear. Just like that bike, the RX has a tendency to squat in the rear, but that’s not necessarily a bad thing off-road. It adds an extra element of stability. Overall, the Honda is a fairly agile motorcycle, but if you ride nothing but tight, twisty tracks or trails, you should consider raising the forks in the triple clamps (thereby lowering the front end) by as much as 5mm. If you’re hitting jumps, then consider switching to the MX bike’s 5.4 N/m rear spring, and keep in mind that many motocross riders go stiffer yet.

Overall, though, the Honda is a package that you can ride almost anywhere with very little modification. The clutch is excellent, the brakes are good and reliability has proven solid. Is it a bike that can race both motocross and off-road? We’ve already proven it is, but eat your Wheaties. The Honda CRF450RX is a lot of motorcycle no matter where you ride.