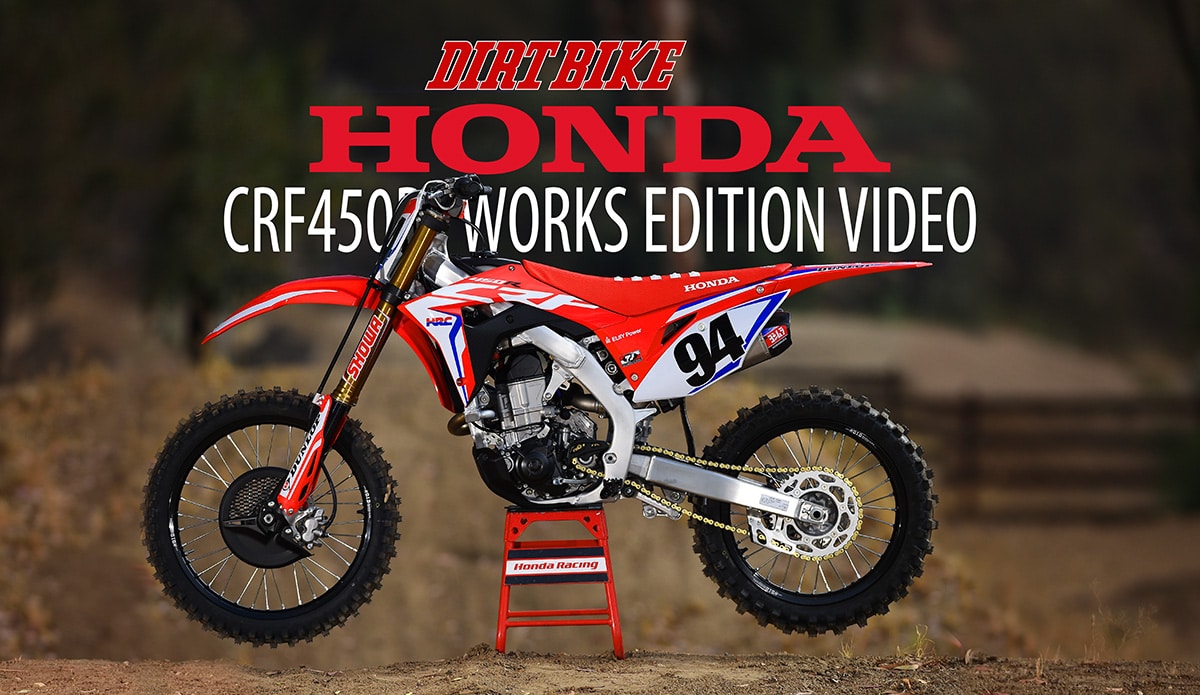 When Honda announced that the 2019 CRF450R would have a companion model called the “Works Edition” most people assumed it would be a limited-release of a bike with exclusive graphics. It turns out that there are a number of differences between the Works Edition and the standard model. The most significant of these is the ported head. The WE also gets different mapping, a pair of Yoshimura slip-on mufflers, upgraded DID Dirt Star rims and what they call “A-Kit” technology in the fork. That translates to a titanium nitride coating in the fork tubes and Kashima coatings on many of the internals. The actual valving and spring rates are the same as those of the standard edition. In our first day of testing, we were surprised at how different the bike felt in both power and suspension. The Works Edition has significantly more power and those suspension coatings make such a difference that you need to rethink all your clicker settings. The Works Eidtion will sell for $2200 more than the standard model, bringing the price to  $11,499. In this edition of The ’19s video series we reveal our first impressions, and the printed review will appear in the October, 2018 issue of Dirt Bike.