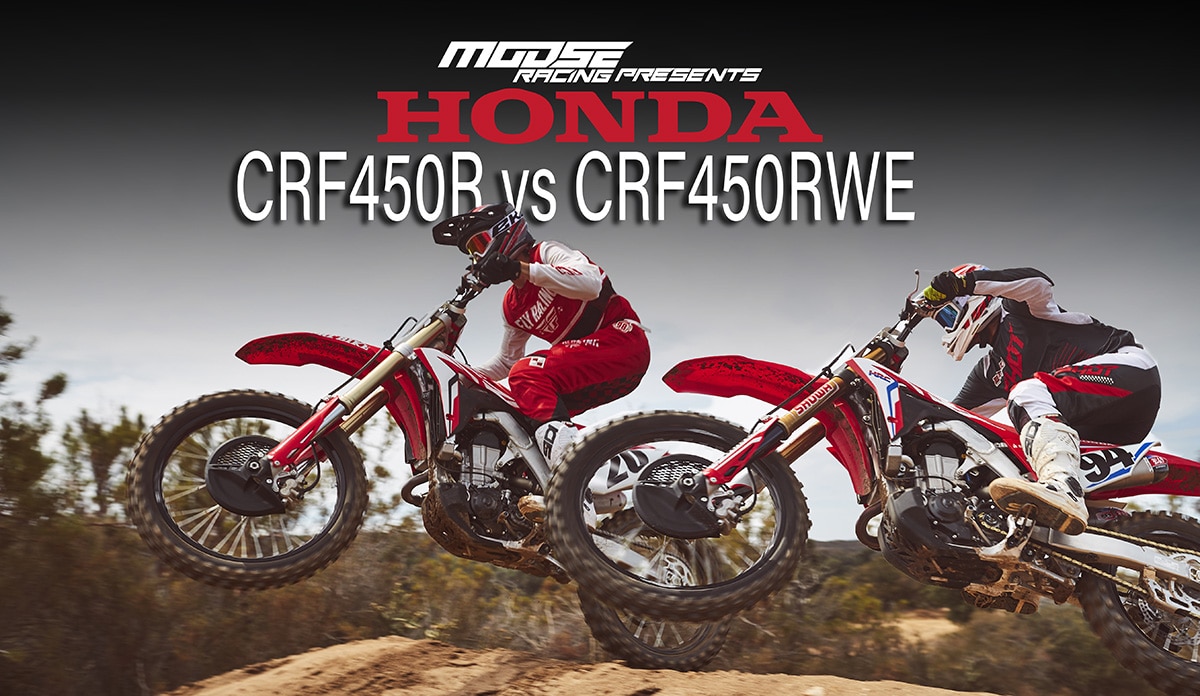 We thought we knew exactly what the 2019 Honda CRF450R Works Edition was when we first saw it. We were wrong. Our first instinct was to associate it with the KTM Factory Edition and the Husky Rockstar Edition. We figured Honda was simply doing the same thing that KTM has been doing since 2012, but it’s actually a different concept. The KTM has always been a preview of the next year’s model with a little extra bling. Sometimes the bike is unchanged; sometimes it’s radically different, but it never offers any real performance bonus over the bike to come. It’s just an early release. In Honda’s case, the differences are clearly performance-driven.

The head is hand-ported, the suspension has internal Kashima coatings and titanium nitride on the tubes, and the mapping is different. As with the KTM, the Honda’s muffler is an upgrade—Yoshimura twin slip-ons in this case. And, as with the KTM, the graphics are a tribute to the company’s big star—Roczen in this case. The power increase is undeniable. The Works Edition has more midrange and top end. Between the power increase of the standard model and the Works Edition bonus, it might even be the class champion, power-wise. That contest will have to wait. The most surprising difference of all is the fork. The Showa coil-spring forks on the two bikes have identical internals aside from the coating. They have the same valving, the same springs and everything, yet they feel completely different. The WE’s fork moves much more quickly. It actually threw off all our settings at first. It went through the stroke so much more quickly that it felt harsh. When we increased both rebound and compression damping, it was much better. Don’t expect the same settings to work on the two bikes. 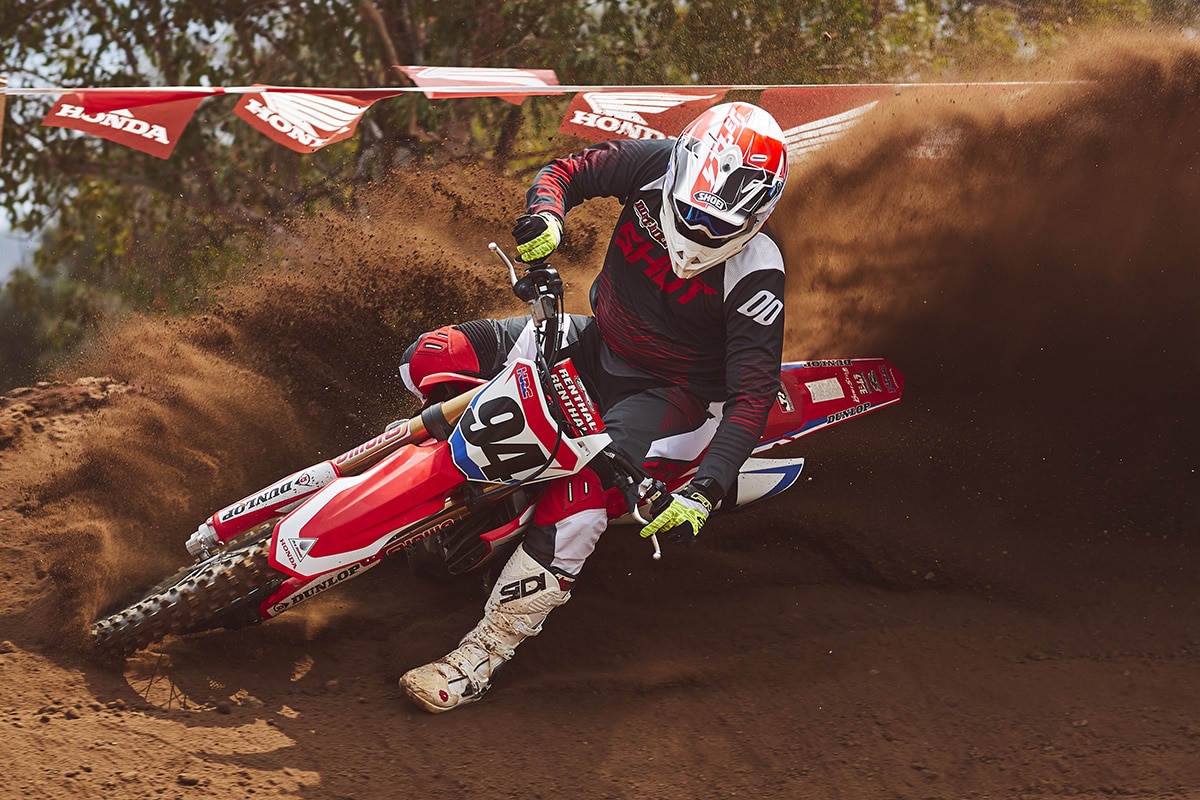 The disappointing omission on the WE is a hydraulic clutch like the one on Roczen’s real bike. That’s the one change that the average rider can’t buy, and one that the Honda desperately needs. The big question, of course, is straightforward enough—is the CRF450RWE worth $2200 more? The WE is actually the most expensive MX bike available right now, surpassing even the KTM Factory Edition. Only 500 will be available, so dealers might even be asking more. If you price out the items individually, it all pencils out. The Yosh slip-ons are worth almost $1000. The suspension coatings are worth more than that, and head porting can go from $250 to $1500. But, are these the exact modifications you want? Most riders will want their own suspension work and their own graphics. In truth, the Works Edition isn’t for high-end pros planning on riding Nationals. Those guys ride highly modified bikes, and they don’t want someone else deciding which modifications they run. It’s more for older riders looking for a prestige bike. If you actually score one, congratulations. You have something truly special. If you don’t, that’s okay too. You can always make your own. 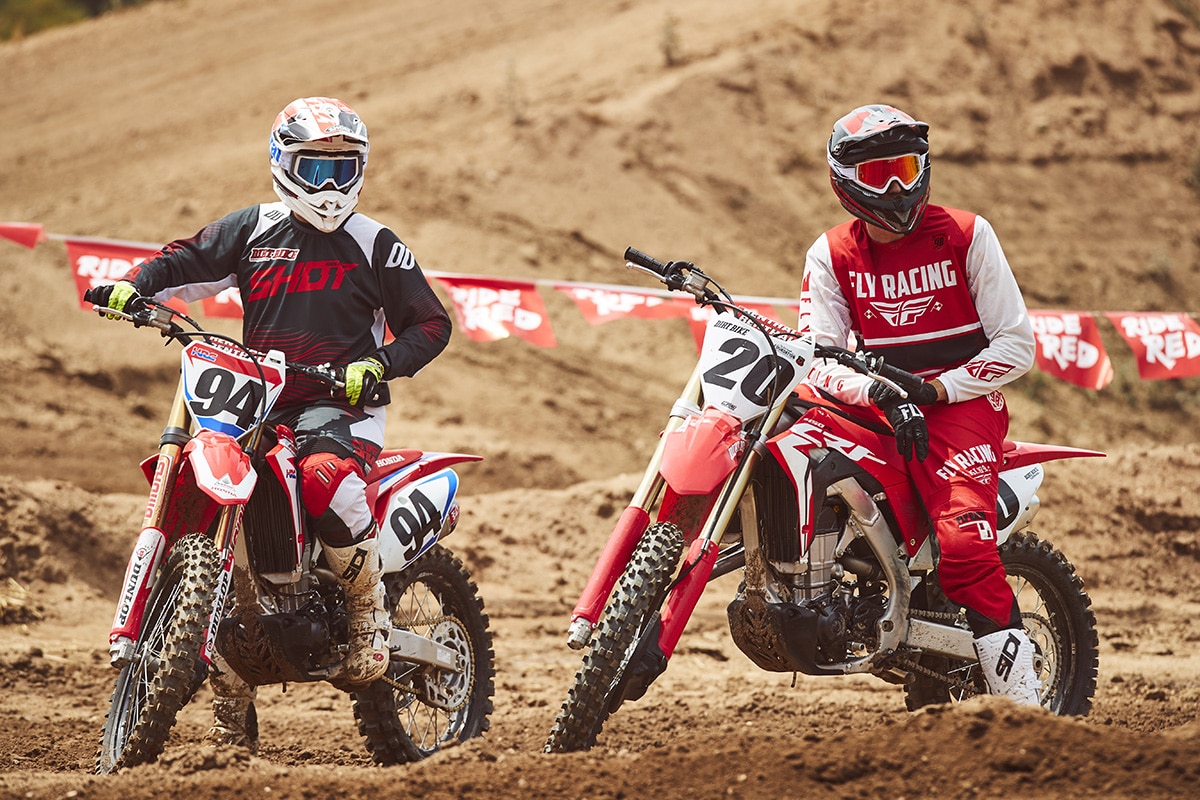 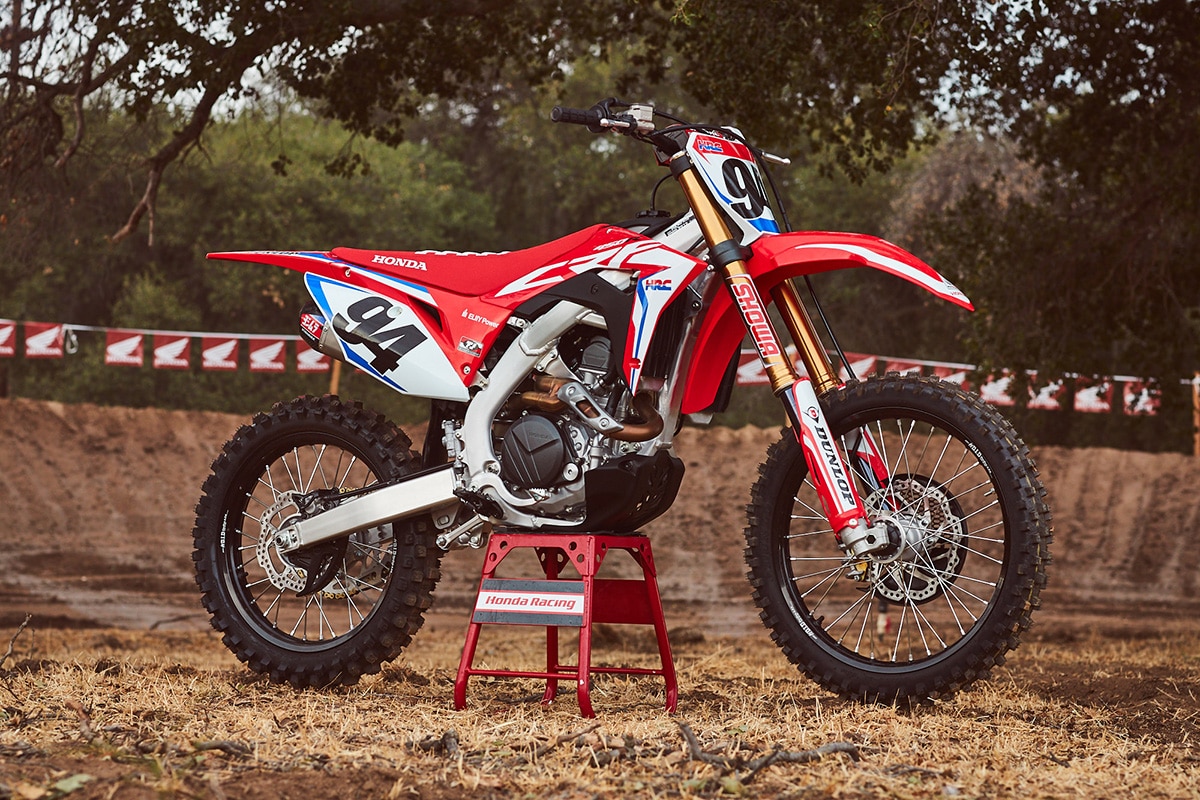