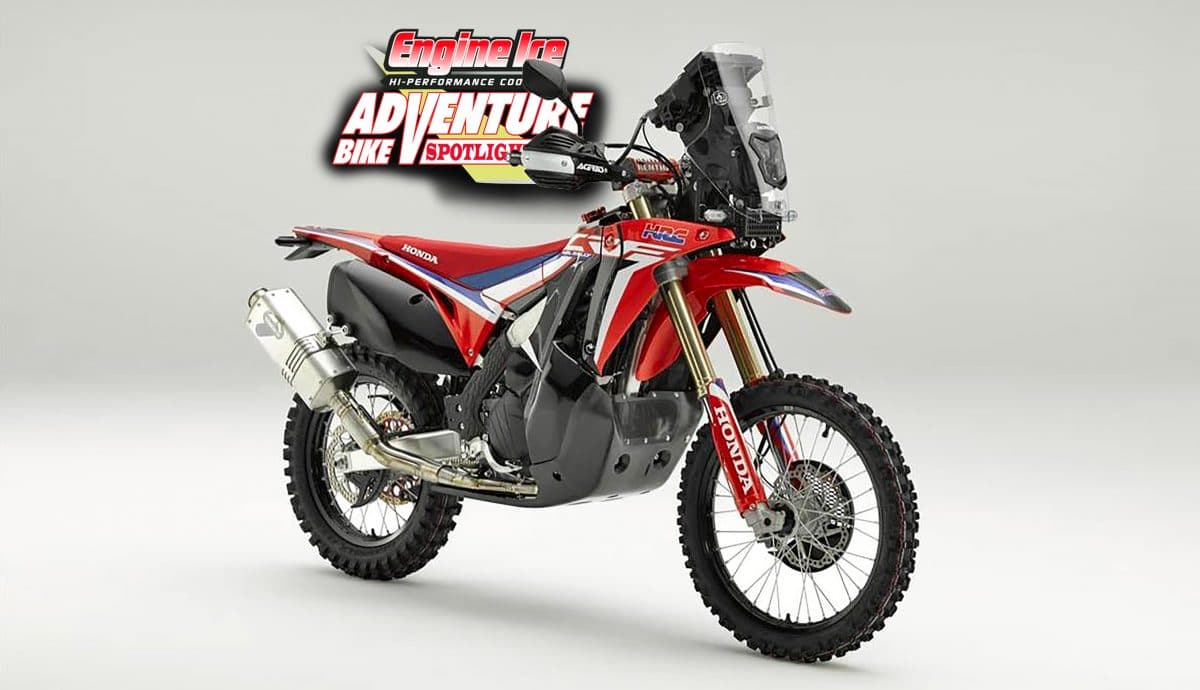 Among the bikes that were displayed at the 2018 EICMA motorcycle show in Milan, Italy this week was a Honda CRF450L Rally  concept bike. Milan is often where a manufacturer will float ideas for future production bikes to gauge public reaction. The European press was very excited over the idea of a bigger version of the Honda CRF250L Rally, and it would certainly be a hit on this side of the Atlantic, as well. 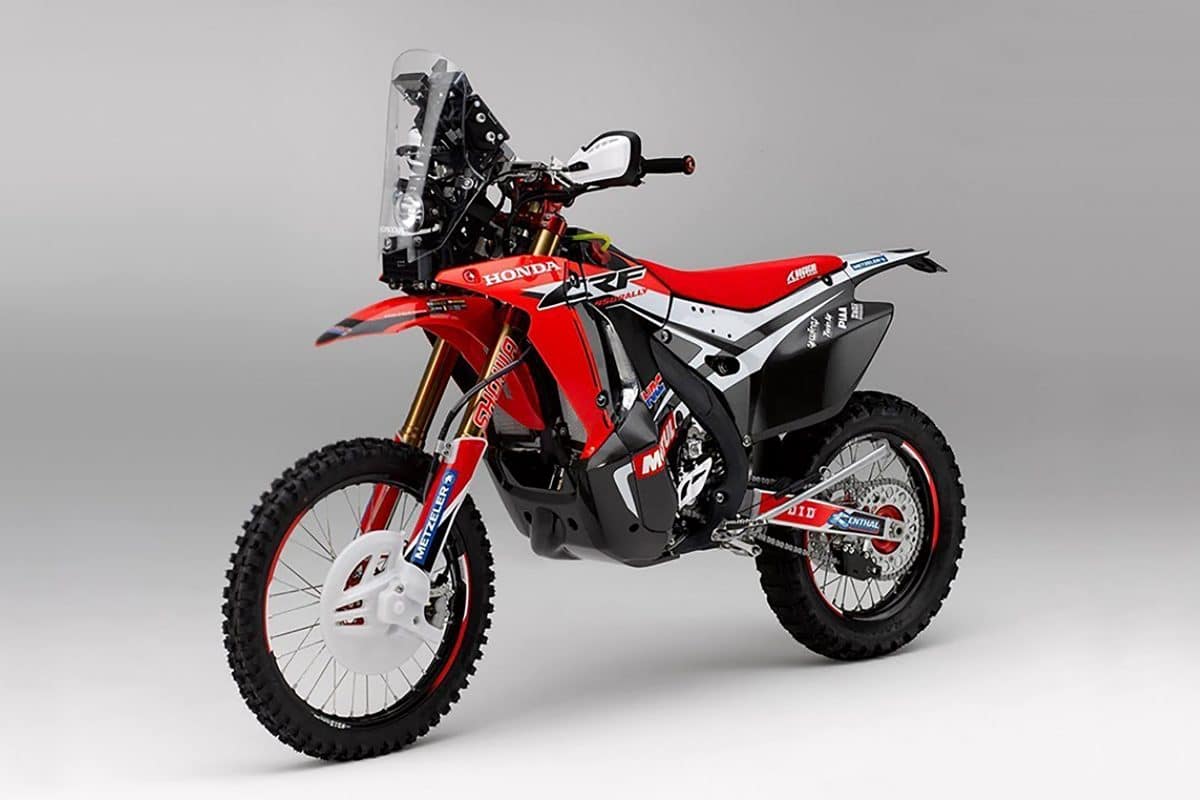 The concept bike was created using a CRF450L dual-sport bike, then adding fuel capacity, a downswept pipe, a navigation tower, high-end electronics and carbon fiber components. The bike was not based on the current rally bike, which uses a double overhead cam motor that will almost certainly never see production. The Monster Energy HRC Rally team, including American Ricky Brabec, was at EICMA sighing autographs, but they reportedly knew nothing about the CRF450L Rally. What are the chances of this bike actually being produced for 2020? Fairly good, although the price will be Honda’s biggest obstacle. The standard CRF450L is already fairly expensive at $10,399. It would be difficult for Honda to add all the high-end components seen on the concept bike without surpassing the base price of an Africa Twin. The driving force behind the success of the CRF250L Rally is its price ($5899). That’s clearly out of the question, but it’s possible that the 450 version could come in around around $11,000 or $12,000 using more spartan parts. Time will tell. 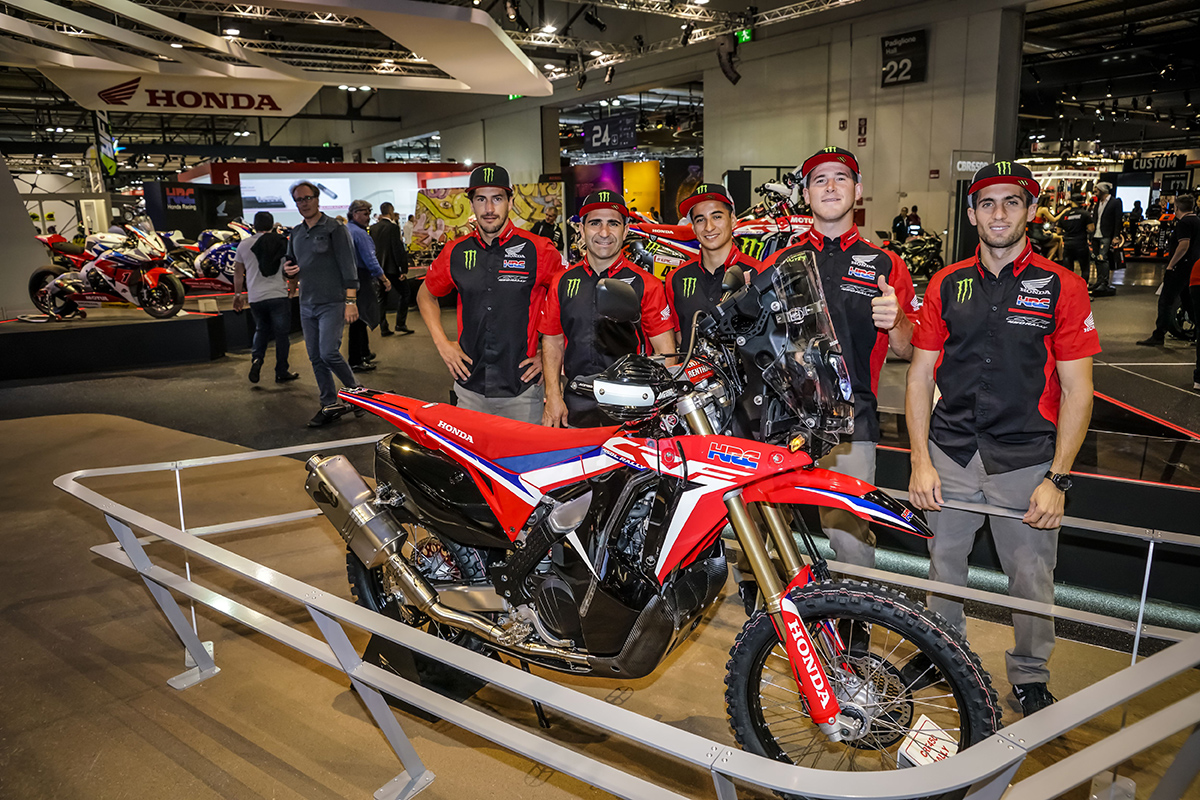