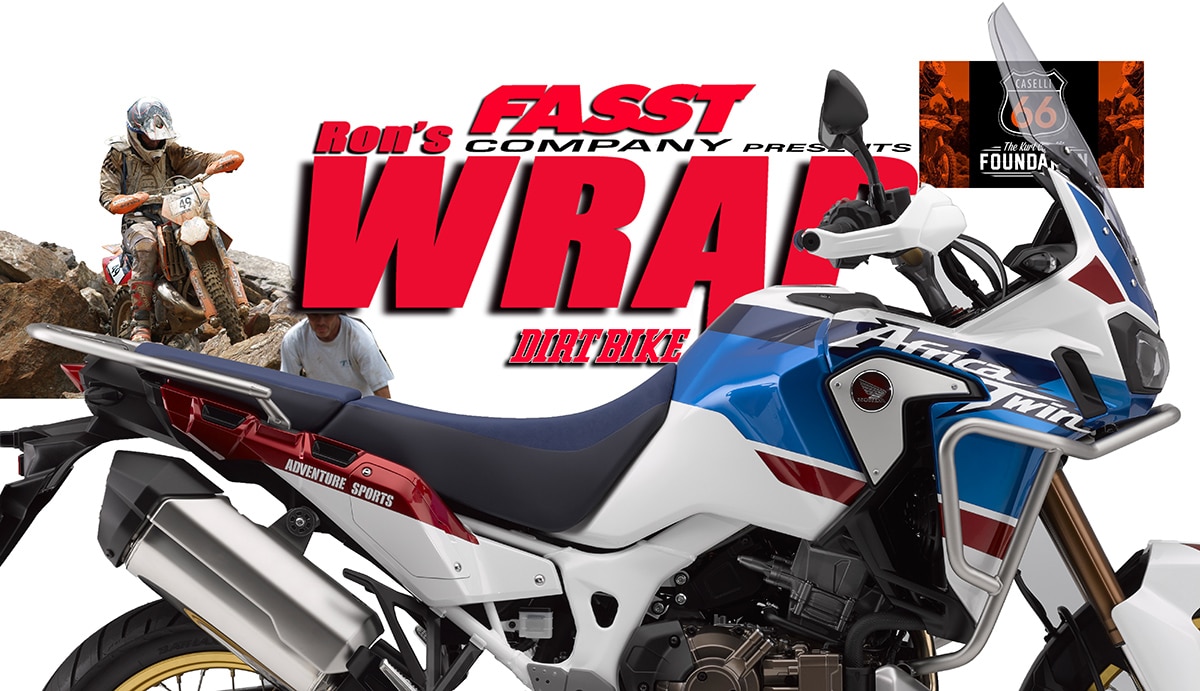 The guys at Honda organized a ride in Prescott Arizona this week to launch the Honda Africa Twin Adventure Sports, or the CRF1000L2, as it will say on the owner’s manual. This is a premium version of the standard 2018 Africa Twin, which was also launched as a late arrival for this year. Both models got a bunch of updates including throttle by wire, a new muffler, a relocated waterpump and a lithium battery that’s 5 pounds lighter. And both models will be available with the DCT (automatic) transmission.

What sets the Adventure Sports version apart is a long list of upgrades aimed at making it better for long adventures in the dirt. The fuel tank is bigger (6.37 gallons versus 4.97), the fairing and windscreen are larger, the suspension has almost an inch more travel and it has a number of accessories that come as standard features–stuff like the crash bar, heated grips and an electrical outlet. If you just add up the bolt-on upgrades, it totals almost $1700 of stuff, and that doesn’t include the fuel tank, fairing and suspension. The MSRP of the Adventure sports is only $1500 more; $14,999 versus $13,499. DCT adds another $700.

It seems strange to call a 500-pound, 1000cc twin a dual-sport, but the Africa Twin is legit within reasonable boundaries. It’s excellent on dirt roads, two-trackers and on conservative cross country. It doesn’t like sand or mud, but it’s in contention to be the best of the large-displacement adventure bikes when it comes to off-road ability.

The standard Adventure Twin was already very good in the dirt, but it had two shortcomings. The suspension was a little soft and the traction control (Honda calls it “Torque Control”) wasn’t as effective as KTM’s. Both issues have been addressed. Torque Control now has seven levels, and all of them are smoother than before. Rather than a sudden power chop, the Honda now gently backs off when it senses wheelspin. On level 1 or 2, it’s perfectly acceptable and actually helpful in the dirt.

You get a little overwhelmed with all the electronic adjustability of the Africa Twin, especially with the DCT option. You can tailor the power delivery, the engine braking, the traction control and the shift points, plus you can turn off the ABS to the rear wheel. It takes time, but you learn the settings you like and you can save them in a custom user menu. There are also shortcut buttons. You can always force a downshift with the thumb control or change traction setting on the fly. You learn to love it all. We’re still learning about the Africa Twin and we’ll have a full test in the July 2018 print edition of Dirt Bike.

We’re looking forward to the brand-new FIM Enduro series that will visit some very iconic races this year. The World Enduro Super Series will kick off tomorrow with the Extreme XL Lagares in Portugal. Cody Webb and Colton Haaker are there getting ready right now, and Cody send us back some photos of the course. He said it looks “harder than Erzberg.” Stay tuned to dirtbikemagazine.com for the results.

The Erzberg Rodeo will be next up toward the end of the month. We have a special interest in that one because our new staffer Kyle Redmond is a veteran of that race. He first rode the event back in 2007 and was the first American to break into the top 5. This year he’ll be covering it from afar for dirtbikemagazine.com. 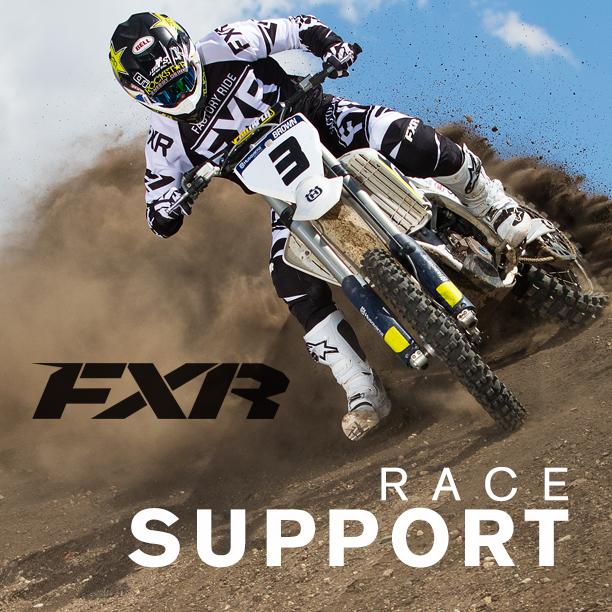 FXR is looking for racers to support! Click on the graphic to send in your application.

Since 2014 the Kurt Caselli Foundation has raised over $800,000 with a mission of Protecting and Supporting The Lives Of Off-Road Riders and have spent over $500,000 so far on Safety Initiatives.
2018 Projected Safety Budget of $120,000 in 3 major areas:
Race Course & Safety, Rider Safety During Events and Injury Management.
Some highlights include:

RUSSELL VERSUS DUVALL AT GNCC

This weekend, May 12 and 13, the 2018 AMSOIL Grand National Cross Country (GNCC) Series, an AMA National Championship, returns to Peru, Indiana for the Second Annual X-Factor Whitetails GNCC. FMF/KTM Factory Racing’s Kailub Russell earned his fourth win of the season at the previous round, however he was only 0.620 second ahead of Rockstar Energy/Factory Husqvarna Racing’s Thad Duvall.

Russell and Duvall have dominated the beginning of the season, but Duvall has only earned one win thus far. Duvall will be looking to repeat his success from last year’s inaugural X-Factor Whitetails GNCC. With a 19-point deficit, Duvall and K. Russell will be a pair to keep an eye on come Sunday’s 1 p.m. race.

After finishing third overall in the points last year, AmPro Yamaha’s Ricky Russell was a favorite coming into the 2018 season. However, a slew of bad luck and mechanical issues has put R. Russell back to ninth in points. R. Russell finally had a breakthrough race in South Carolina, where he finished the day third overall. R. Russell will be looking to once again earn a podium finish, and put the bad luck behind him.

Tely Energy Racing/KTM’s Steward Baylor is currently third in the championship point standings, and after finishing off-pace at round five he will be looking to return to the XC1 Open Pro class podium. The frustration from his performance at the previous round may very well be used as motivation to propel him to the front of the pack.

Coming into round six JCR Honda’s Trevor Bollinger has consistently been in the top five overall. After finishing third at his hometown race, Bollinger pushed through small issues at the previous round to finish fourth place in the XC1 Open Pro class.

The XC2 250 Pro class battles have been heated between FMF/KTM Factory Racing’s Josh Toth and Trail Jesters KTM Racing’s Ben Kelley. Kelley currently leads the championship point standings, with Toth 30 points behind him. Coastal Racing/Husqvarna’s Pascal Rauchenecker is currently third even after suffering a hand injury during round four. Rauchenecker flew home to Austria to have surgery as quickly as possible, and has since made his return to the United States for this weekend’s GNCC. 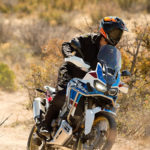