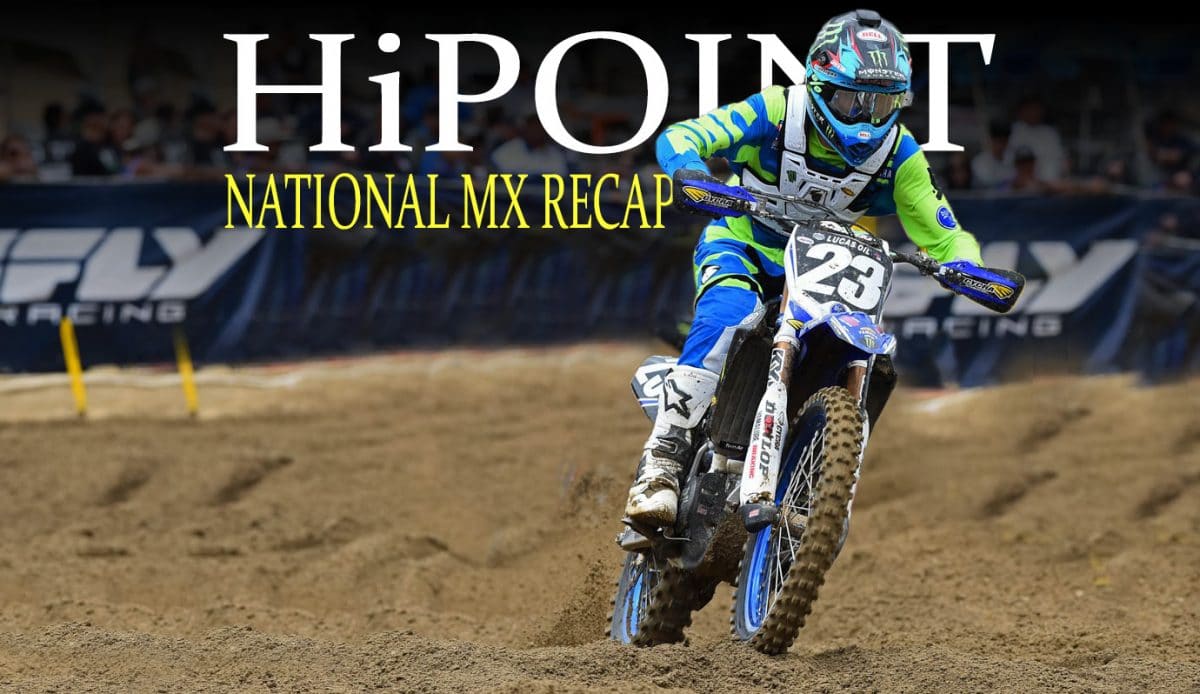 The Hi-Point round of the Lucas Oil Pro Motocross series took place this weekend and it held a number of surprises. In the end, however, the result wasn’t surprising at all in the 450 class. Monster Energy Kawasaki’s Eli Tomac took his fourth overall win in a row. This time was different because he wasn’t the fastest rider on the track, not in qualifying, not in moto one and not in moto two.

In the first moto, Eli took a rare holeshot while fastest qualifier Blake Baggett went down in the first turn along with Ken Roczen, Weston Peick, Phil Nicoletti and a half dozen other riders. It was Tomac’s first holeshot of the year. In a weird twist, however, it would also be his first defeat of the year. Red Bull KTM’s Marvin Musquin hunted Tomac down and took the lead with about 10 minute to go in the race. He then stretched out a five second gap and ended Tomac’s chance at a perfect season. Justin Barcia, who had held second early in the race, was third. Baggett caught all the way up to  fifth after his first-turn crash.

Moto two started with an epic race between Tomac and Roczen. The two went back and forth while Musquin watched from behind, About 10 minutes into the race, Roczen started to fade back, setting up Musquin to hunt down Tomac once again. This time, however, Musquin could never seal the deal. The race came down to the very last corner, with Musquin trying every trick he had, but he would never get past Tomac. Roczen would hold on to third ahead of Weston Peick.

In the 250 class, the most significant event took place a week before Hi-Point, when reigning champion Zach Osborne announced that he was injured in a practice crash and would not be competing. That left the door open for heir apparent Jeremy Martin to take over. He was the fastest qualifier, but it was Yamaha’s Justin Cooper to took the holeshot with teammate Aaron Plessinger in second. Plessinger took over quickly, leaving his teammate to battle with Martin for most of the race. Plessinger stretched it out in the end with Jeremy Martin second ahead of Cooper, Austin Forkner and Jordon Smith. Plessinger was given a number of gifts aside from the overall win. Jeremy Martin’s bike quit while in the lead. Joey Savatgy, Chase Sexton and Enzo Lopes also failed to score points in the second moto, and Alex Martin crashed in both motos. The result is that Plessinger left Hi-Point with a 20-point lead.