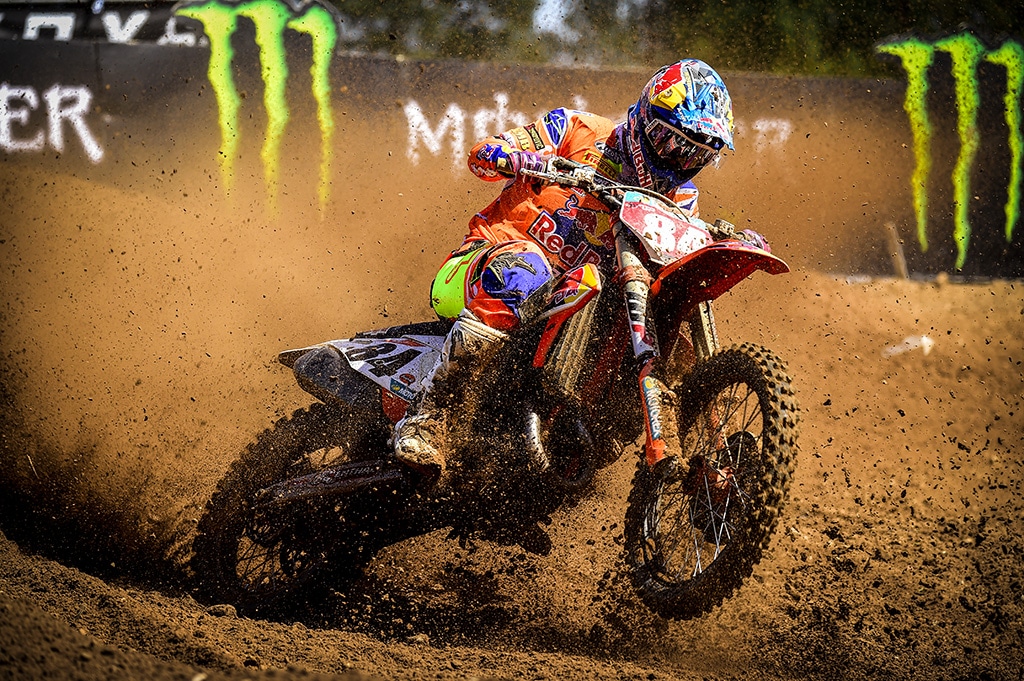 Herlings to undergo collarbone surgery: MXGP FIM World Championship leader Jeffrey Herlings will have surgery to repair a break to his right collarbone after a crash while practicing at Berghem in Holland today. The 23 year old is scheduled for a procedure at renowned surgeon Dr Claes’ clinic in the next few hours to fix a fracture near a plate that was inserted for a previous injury. It is extremely likely that the winner of 8 from 10 Grands Prix this season will miss this weekend’s Lombardia round at Ottobiano in Italy, but then has a two week break before the Grand Prix of Indonesia on July 1st.