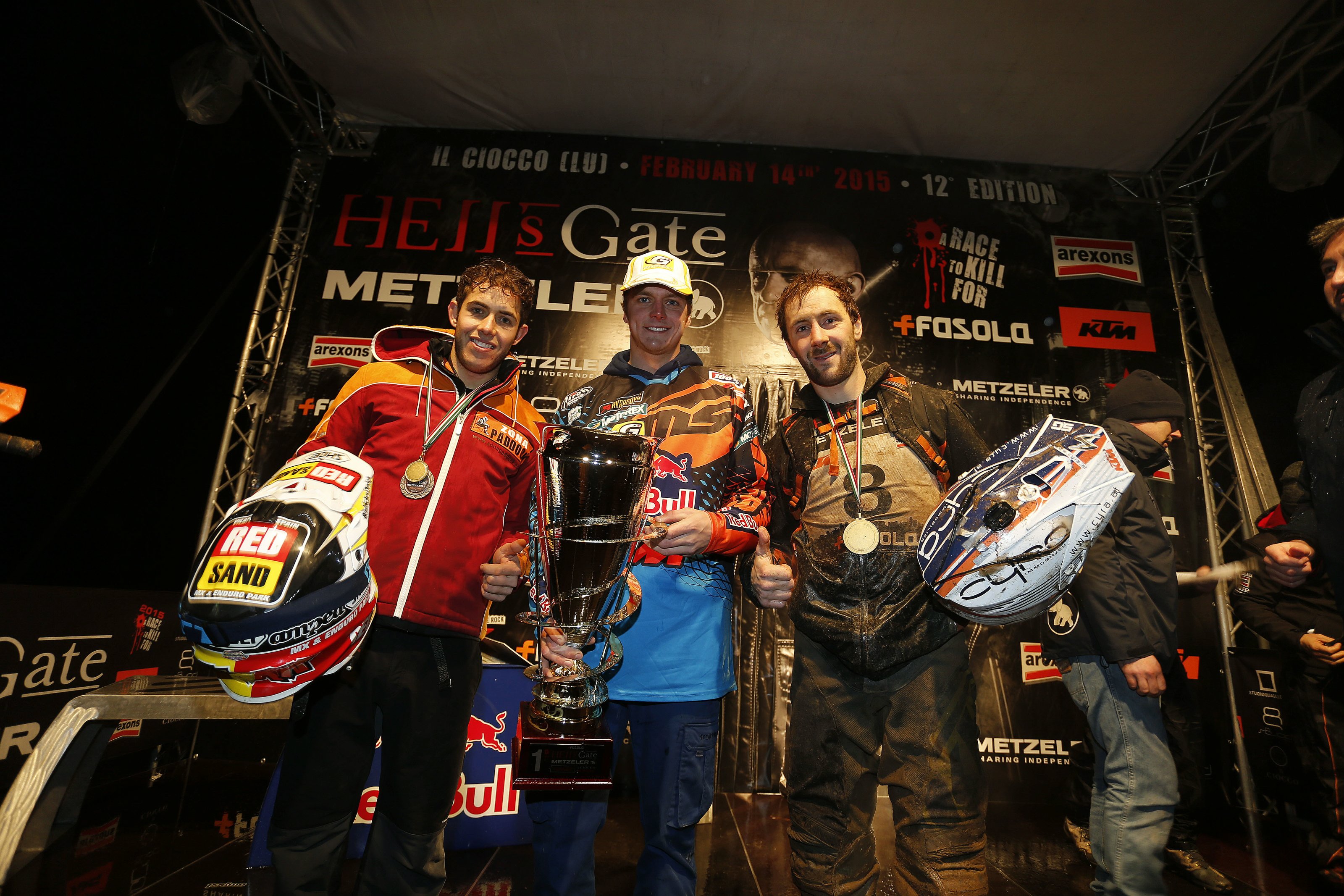 Red Bull KTM’s Jonny Walker won one of the toughest of Hell’s Gate Hard Enduros in recent memory on Saturday, battling not only the usual hellish course conditions but also very bad weather. Riders had to battle against heavy rain and ultimately snow at the event in the Tuscan Mountains above Lucca in Italy.

Mario Roman and Lars Enoeckl made it an all-KTM podium in an event where the original field of just over one hundred was trimmed down to just 14 eligible for the final race up the dreaded Hell’s Peak.

“That’s the hardest race I’ve ever done,” Walker said in the finish area.

Walker went into the lead in the afternoon/evening final towards the end of the opening lap. From then on he managed to control the race to be in front at the summit. Roman and the Austrian Enoeckl were locked in a two-way battle throughout the race but Roman took over second at the bottom of the final climb.

The race is another milestone in Walker’s exploding career. His rival and nemesis, fellow Briton Graham Jarvis has had a stranglehold on the event, having won every edition since 2011. Jonny’s win follows his recent victory at the inaugural Ales Trem Extreme Enduro in France. He was also outstanding in 2014, winning both the Red Bull Hare Scramble at the Erzbergrodeo and the Red Bull Romaniacs.

Jonny, who also races SuperEnduro, prefers the KTM 300 EXC two-stroke for extreme and the four-stroke 300 EXC for indoors. He now heads for two rounds of the FIM SuperEduro in Mexico and Brazil. He will then prepare for The Tough One Hard Enduro at home in the UK and for the Erzbergrodeo. 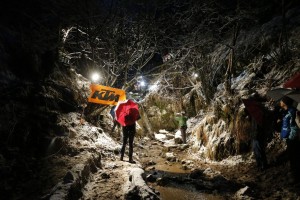 NEW LIFE FOR THE BEST TRAIL BIKE EVER BUILT