HAMPSHIRE AND CIANCIARULO ON TOP AT RED BUD TWO 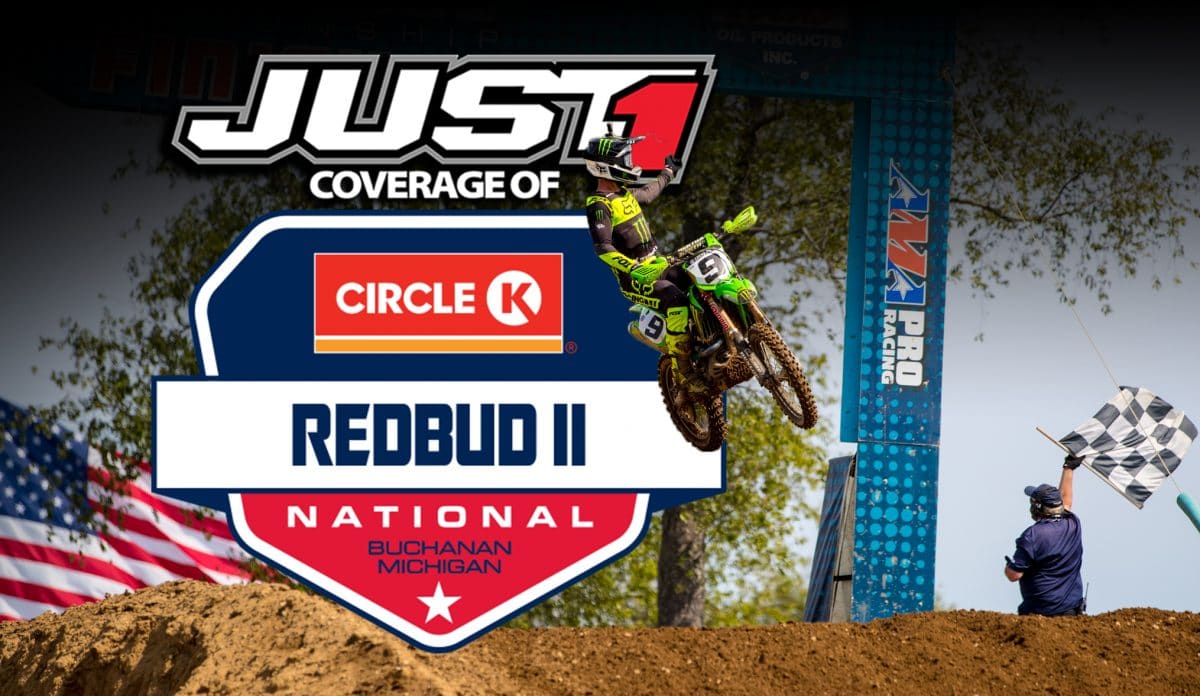 RJ Hampshire comes out swinging at Red Bud Two’s national, taking his first overall victory since Budds Creek in 2018, while Adam Cianciarulo claimed his first career moto and overall victories all in a day’s work. 250 class championship contenders Jeremy Martin and Dylan Ferrandis shared some misfortune today, where Ferrandis was left with 5-2 moto scores and Martin with 11-1 in the motos. Shane McElrath had very similar scores to Martin, just reversed, by going 1-10 on the day, but still good enough to edge the points leader off the overall podium. It was a similar story for the 450 class riders, where Adam Cianciarulo came in with a 1-3, Blake Baggett a 6-1 and Zach Osborne finished off the double header going 4-2. Full 250 and 450 class overall results are below: (for extended coverage of the 2020 Red Bud Two National, click here)

It was a couple of the Star Racing Yamaha boys out front early in the first 250 moto, with Ty Masterpool taking the lead of the group and Shane McElrath towing in just behind. RJ Hampshire would eventually get by the both of them, only to venture off the track late in the race, allowing the lead to McElrath. As they crossed the line, it was McElrath, RJ Hampshire and then the 83 Geico Honda of Jett Lawrence. Here are the full 250 moto one results:

Once again it was the youngster, number 41 Ty Masterpool grabbing the holeshot and the early lead. This time though, he had a few falls, including a pretty gnarly one that took down Jett Lawrence as well. Jeremy Martin and Dylan Ferrandis both had better luck this go around and went 1-2 in the second moto. Here the full 250 moto two results:

In the 450s, Marvin Musquin, Zach Osborne and Adam Cianciarulo all came through the first turn at the front of the pack, but Cianciarulo was able to take control of the lead early on. For about half the race, it seemed like the top ten swapped positions a hundred times. Cianciarulo was able to hold on for his first career 450 moto win ahead of teammate Eli Tomac and the rest. Here are the full 450 moto one results:

Adam Cianciarulo grabbed his second holeshot of the day during the final moto and led for awhile until he and a lapper came together, taking Cianciarulo down, that also allowed Zach Osborne and Blake Baggett to get by. Baggett found his way around the current points leader by the end of the race to take his first moto win of the season, followed by the number 16 and Adam Cianciarulo. Here are the full 450 moto two results:

A MOUSSE FOR DUAL-SPORT? MR. KNOW-IT-ALL