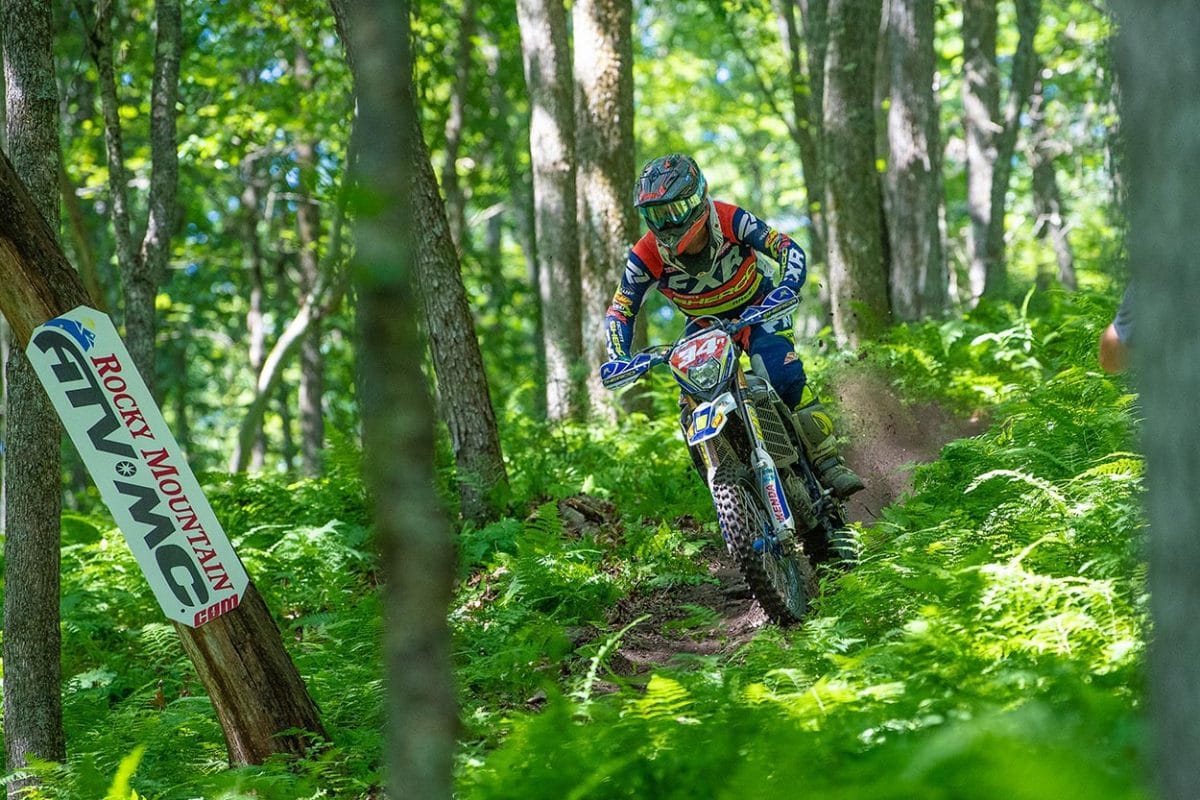 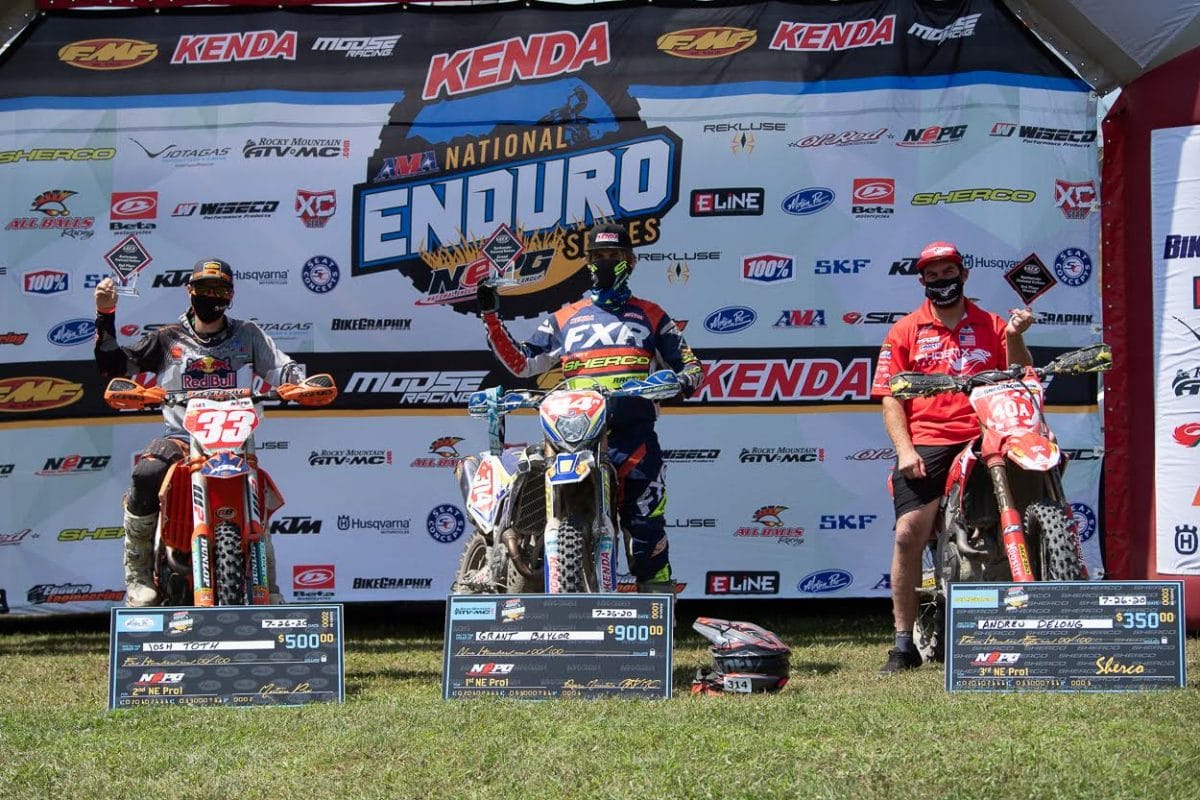 FactoryONE Sherco’s Grant Baylor came from way down the order to edge FMF/KTM’s Josh Toth by the narrowest of margins to claim the victory at the Rattlesnake National Enduro in Cross Fork, Pennsylvania, round three of the 2020 Kenda AMA National Enduro Series.  Andrew DeLong, who won the 2014 AMA National Enduro Championship, put his Phoenix Honda Racing into third overall, which was amazing, having not raced an enduro in over a year. Although he had suffered all week with a stomach bug, FMF/KTM Factory Racing’s Ben Kelley still managed a fourth-place finish, after leading at one point.

After parting ways a few months ago with Sherco, Steward Baylor, rounded out the top five on a privateer Husqvarna. It seems Steward is testing different bikes in order to make a decision on a team for next year, when he plans on making a comeback. The South Carolina rider won the opening test of the day, but having been of the bike a few months showed in the end.  XC Gear/Enduro/Engineering/Husqvarna’s Ryder Lafferty had high expectations coming into the race, but left Cross Fork with a disappointing sixth-place finish. First in the Pro 2 class and eighth overall was Rockstar Energy Husqvarna’s Craig DeLong.