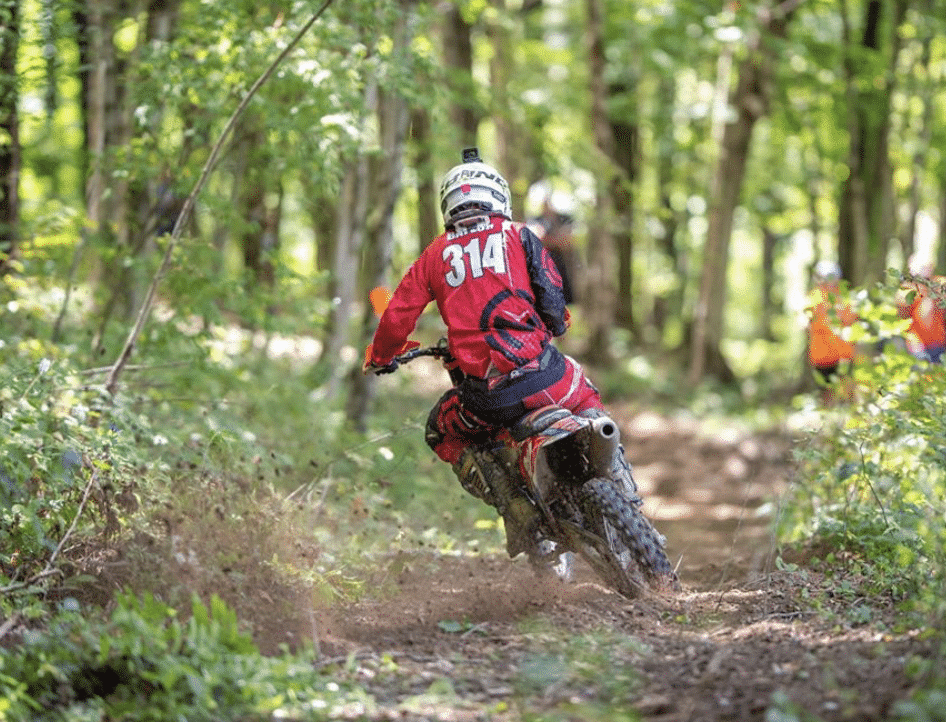 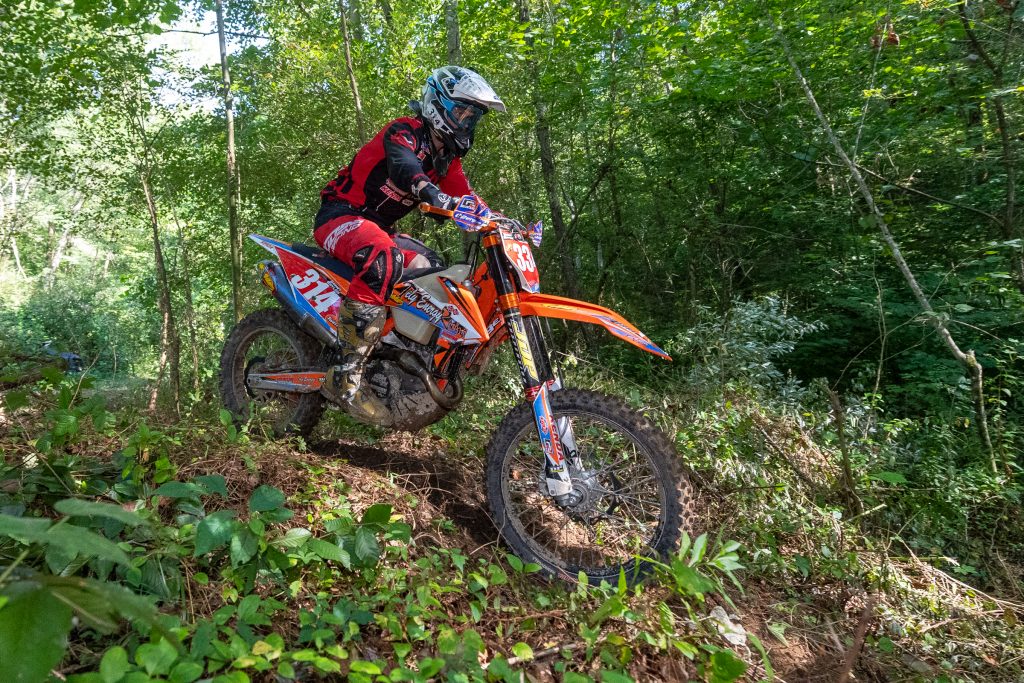 Grant Baylor won his second National Enduro in a row at the Little Racoon National Enduro in Wellston, Ohio, round six of the Kenda AMA National Enduro Series. The Tely Energy Racing KTM rider has also won three of the last four. And after winning all six tests for the second event in a row, he is now sitting on a 12-test win streak with seemingly nothing stopping him from extending the streak at the next round in Missouri in two weeks. “Couldn’t ask for a better day,” said Grant. “It was a little slippery in places and you had to be on your toes and be careful and just be ready for when the front end goes to wash. But I didn’t hit the ground all day until the last test. I went down one time in the last test and won every test today. So, it was another awesome weekend.”

Despite finishing in the runner-up slot for the second race in a row, Steward Baylor still holds onto a 36-point lead in the series standings with four rounds remaining, and for Steward, that is the main focus.“I could have been a little more aggressive, but at the same time we’re looking at the championship,” said Steward. “If I can keep in second place, and if Grant wants to keep winning, I’ll let him keep winning. I’m happy with it. I’m looking for that championship and I know all I’ve got to do is ride smart and I’m in a really good position as far as that goes.”

Husqvarna/ Max Motorsports/FXR Racing’s Evan Smith rounded out the podium, despite taking a nasty fall just before the end of the final test. After struggling through a couple of races, GasGas North America’s Thorn Devlin put together an impressive performance to finish fourth. Rounding out the top five was Beta USA’s Mike Witkowski. Tely Energy Racing KTM’s Liam Draper was nursing a cracked pelvis from a crash at the Tennessee Knockout the previous week, but still managed sixth overall and first in the NE Pro2 division. Former national enduro winner and extreme off-road ace Nick Fahringer brought his Sherco in for seventh overall. Meanwhile, Tely Energy Racing KTM’s Ron Commo III grabbed eighth just 2.841 seconds ahead of Alex Teagarden (Hsq). Commo and Teagarden also finished second and third, respectively, in the NE Pro2 class. Michael Pilar was 10thoverall and first in the AA class on a Yamaha. 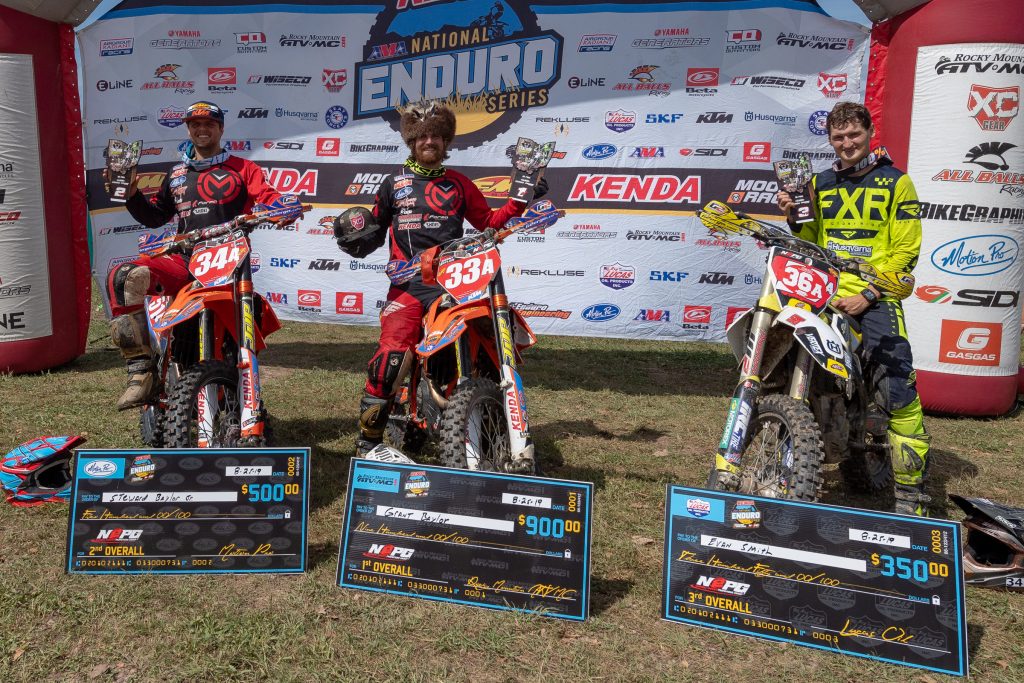 Amazingly, eight-time National Enduro Champ Mike Lafferty rode a KTM 790 Adventure R to 10thoverall in the AA class. “Last year I raced my ’97 KTM. The year before that I raced a 1090, I want to do something a little different this year, so I thought this would be the perfect race to ride the 790,” said Lafferty. “It was a blast.” 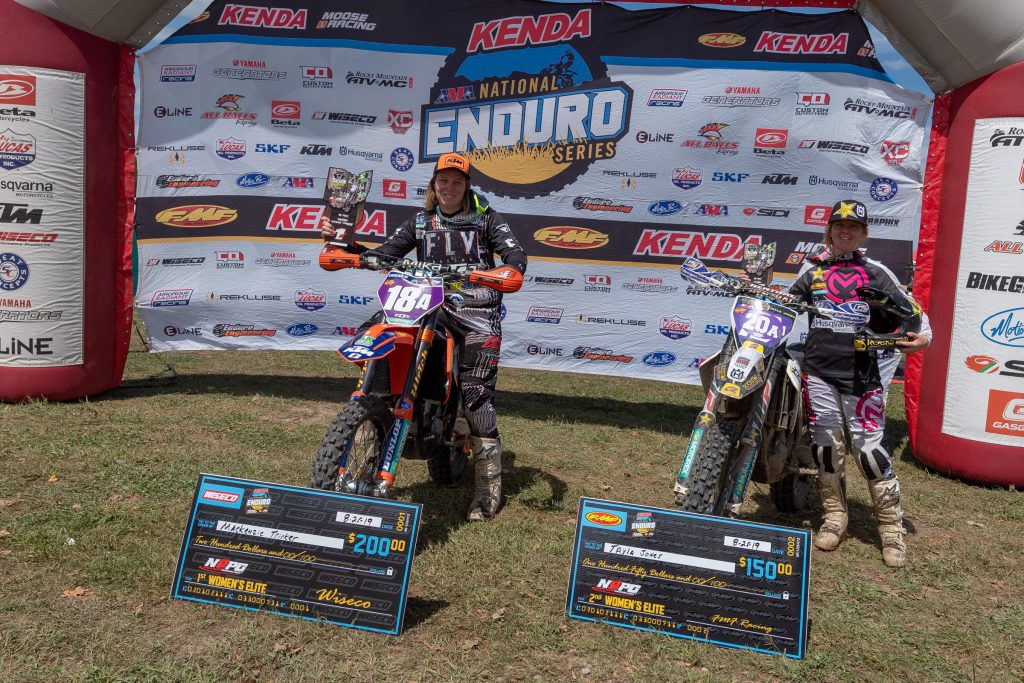 The Women’s Elite race was a battle between Mepmx/Fly/Grizzly Peak/Traveler’s Rest Speedway/KTM’s Mackenzie Tricker and Rockstar Energy/Husqvarna/Moose Husqvarna’s Tayla Jones, with Tricker getting the win by 9.880 seconds ahead of Jones. Kelsey Pacholke finished third on a Husqvarna.

The Kenda AMA National Enduro Series returns to action on September 8 at the Lead Belt National Enduro in Park Hills, Missouri. For more information on the series go to www.nationalenduro.com.