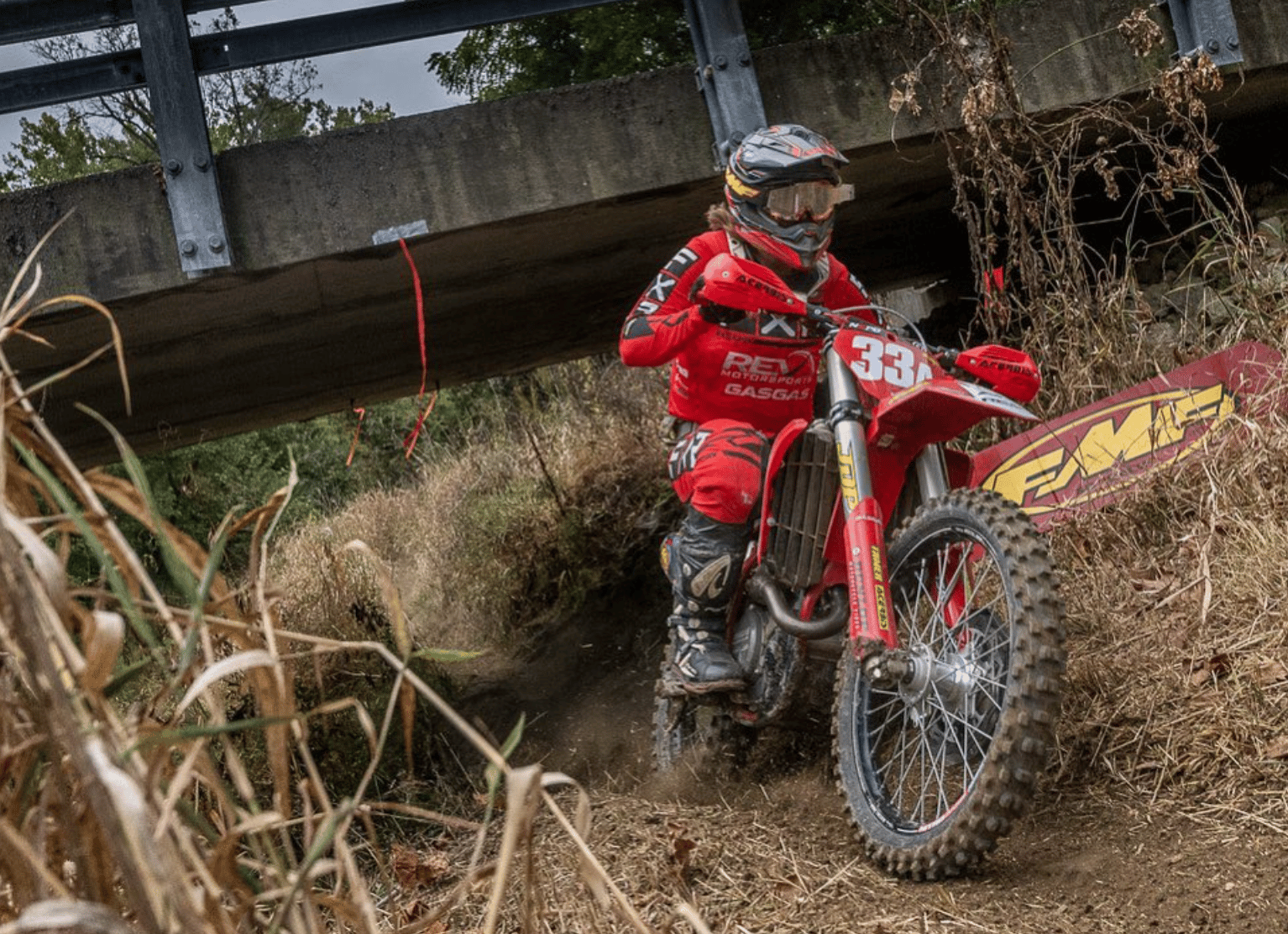 REV Motorsports GasGas’ Grant Baylor claimed his fourth win of the series and third in a row at this weekend’s Muddobber’s National Enduro, round eight of the Kenda AMA National Enduro Series in Matthews, Indiana. Grant won three of the six tests en route to a 35-second margin of victory over FMF/KTM’s Josh Toth, and backed it up by finishing second-fastest in the remaining three tests.

With the win, Grant extended his lead to 34 points ahead of his brother, AmPro Yamaha’s Steward Baylor, in the championship points, giving him more than a full race cushion with just two races remaining in the series (30 points are awarded for a win). Should Grant hold on and win the title it will make six straight years that one or the other of the Baylor brothers has won the national enduro title. Steward has won it four times, while Grant won the title in 2020.

Am Pro Yamaha’s Steward Baylor had a rare off day, admitting the Indiana course was never one of his favorites. Rockstar Energy Husqvarna’s Craig Delong has been flirting with podium finishes all year and grabbed a runner-up finish two races ago in Ohio. However, a bad choice of tires slowed the Pennsylvania rider in the opening test in Indiana and after swapping tires to start the second test he was consistently around fifth the remainder of the day for fifth overall.

Thad DuVall was super consistent and finished sixth overall. “I think I just need to get more aggressive, I was just riding too comfortable, still kind of nursing the hip a little bit. It’s still not 100 % but it was still a good day.”

Trail Jesters Racing KTM’s Jesse Ansley returned to racing after missing most of the year with a injury and came away with a decent seventh overall finish. Meanwhile, Beta USA’s Evan Smith was a second-and-a-half behind Ansley for eighth overall. Steel City Honda-rider Ben Nelko topped the NE Pro2 class with ninth overall, beating out Kawasaki-mounted Ben Herrera by a single second.

I knew it was going to be one of those days where smoother would be faster, instead of trying to go fast, just because of how dry it was, so I just tried to keep it smooth.”

NEW CAN-AM DUAL-SPORT TO BE MANUFACTURED IN MEXICO