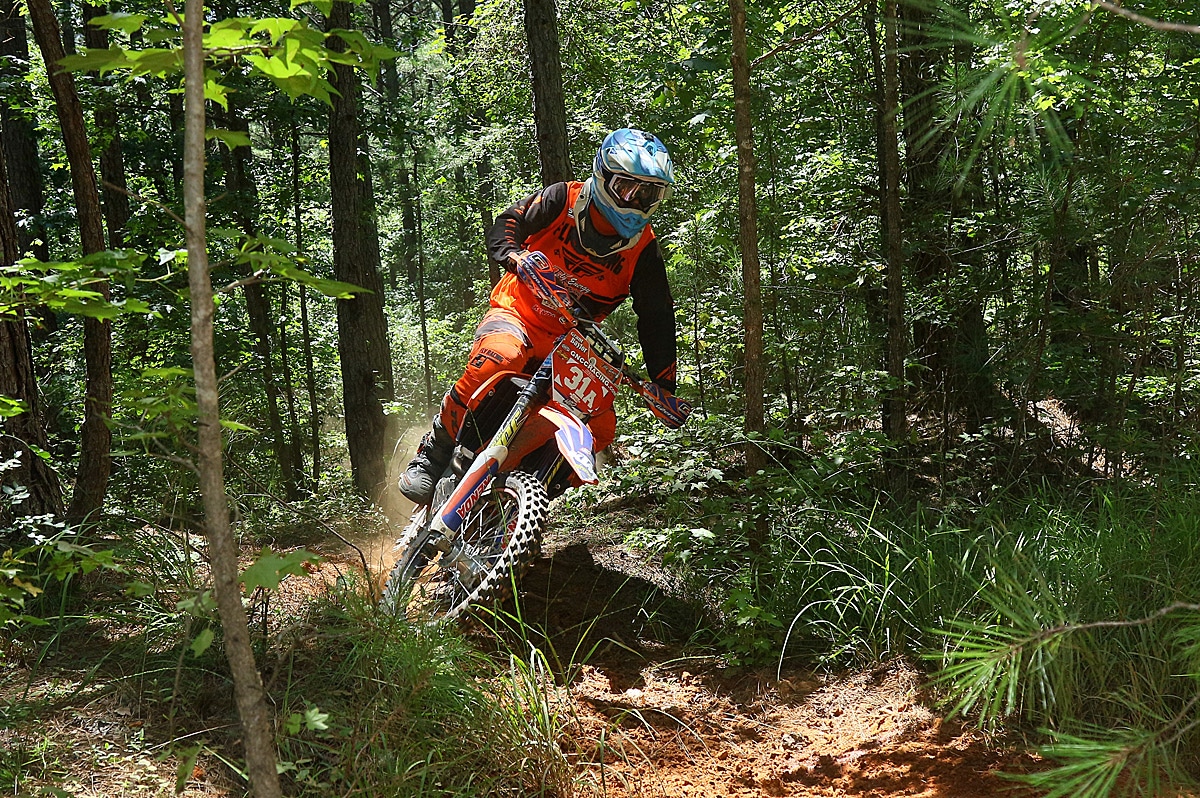 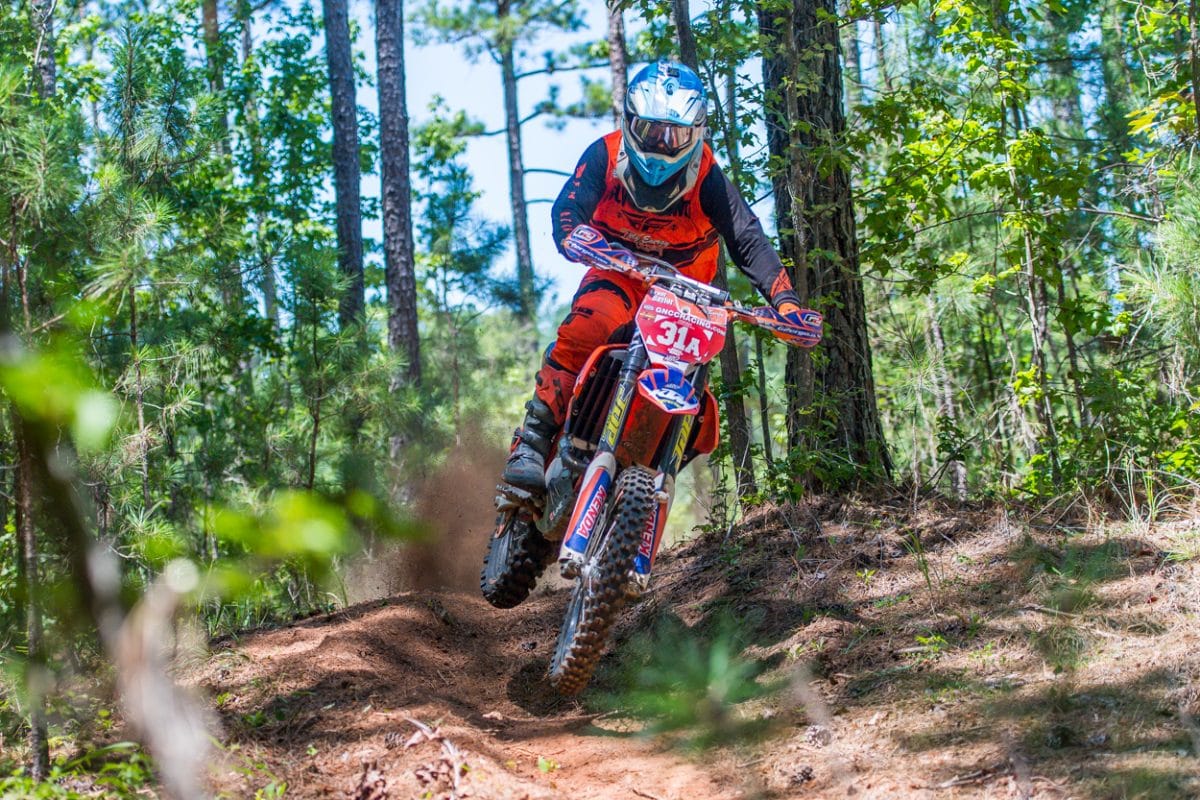 Grant Baylor turned in a near-perfect performance at the Cherokee National Enduro this weekend, winning all seven tests en route to a decisive victory. After 93 miles of tight woods racing, the Tely Racing KTM rider took the overall victory by one-minute-twenty-three seconds ahead of second place.

“I still had a few mistakes, but overall the performance was a good one and I’m pleased with it,” said Grant. “I just seemed to click perfectly with the bike today. Wherever I pointed my tires the bike went, and everything just hooked up.”

Josh Toth was another rider having an exceptional day. The FMF KTM Factory rider equaled his career-best finish of the Kenda AMA National Enduro Series with a second place, beating out Steward Baylor by 16 seconds.

Toth gained a few points on Steward  Baylor in the series standings, although Steward still holds a nine-point advantage over the Connecticut rider with five rounds to go. Steward rounded out the podium in third, despite dealing with an injured knee and a case of the flu this week.

KR4 Husqvarna’s Cory Buttrick turned in his best performance of the season with a fourth place, missing the podium by just under a minute. Buttrick is one of the only Pro riders that does his own maintenance at the track.

SRT Racing’s Evan Smith rounded out the top five with a steady and nearly error-free day. Solid Performance KTM’s Ryder Lafferty finished sixth overall, which also gave him the win in the NE Pro2 class. Lafferty made the switch from a KTM 250F to a 350F for this race.