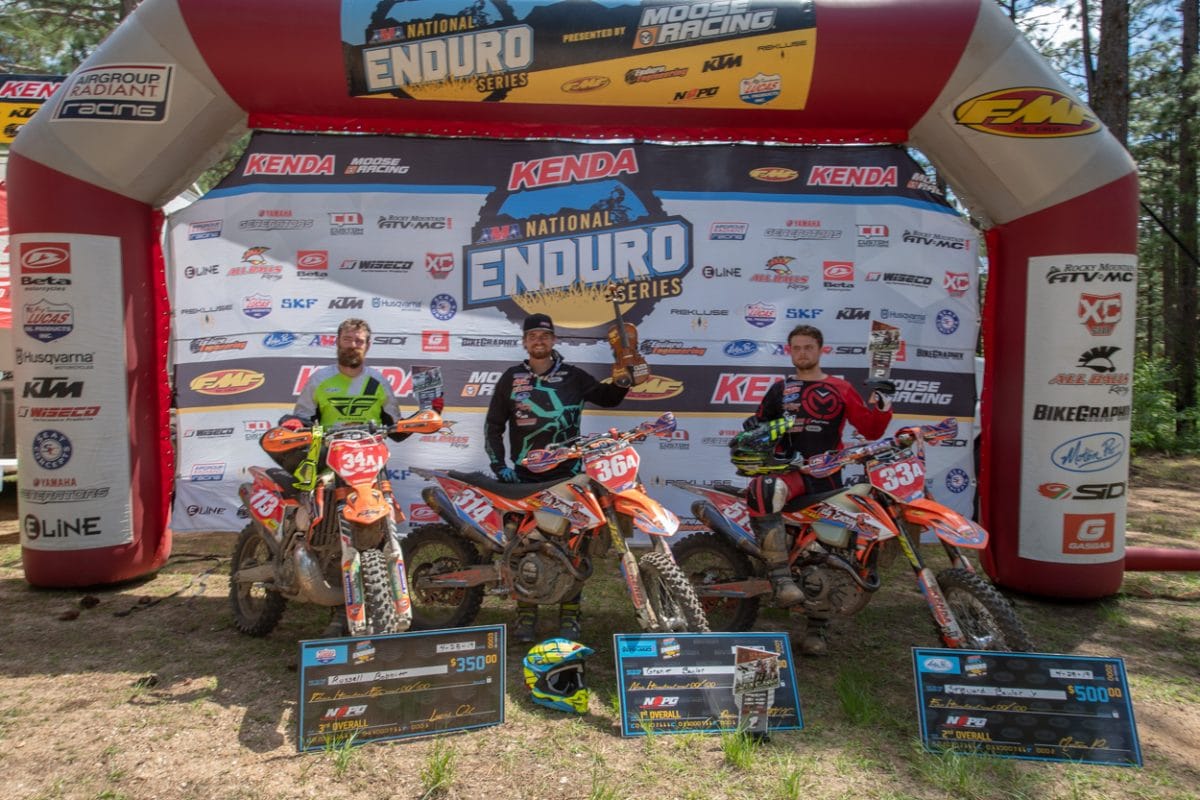 Tely Energy Racing’s Grant Baylor started slow but came on strong in the late stages of the race to claim the win at the Cajun National Enduro, round three of the Kenda AMA National Enduro Series in Forest Hill, Louisiana.

Grant, who got off to a late start to the season due to an injury, was fifth in the opening test, and second in test two, however the South Carolina rider managed to find enough inspiration to win the four remaining tests, beating out his brother and Tely Energy Racing teammate Steward Baylor by 56 seconds en route to the victory. Gnarly Routes KTM’s Russell Bobbitt was third, another 23 seconds back.

“The race started out a little slow for me,” said Grant. “I think I was just a little nervous and overthinking everything so I ended up beating myself – just making too many mistakes.”

Like his brother, Steward Baylor started slow. However, he wasn’t able to recover like Grant did and ultimately finished second. “I just had a slow start,” said Steward. “I made a few mistakes, and got turned around a couple times. I think the last three tests I rode really well, I just couldn’t do anything with Grant going into the last test. I knew I had moved into a solid second place, so I just tried not to make any mistakes.”

Bobbitt, on the other hand, got off to a great start, winning the first two tests. But as Steward and Grant were picking up the pace (test three), Bobbitt maintained. Husqvarna/ Max Motorsports/FXR Racing’s Evan Smith battled for third with Bobbitt during the final three tests, and came up just short when he crashed in the final test. GasGas North America’s Thorn Devlin raced a 300 two-stroke (XC 300) for the first time and came away with fifth overall. Beta USA teammates Cody Barnes and Mike Witkowski finished sixth and seventh overall. Barnes’ finish was good enough for first in the NEPro2 class.

Mackenzie Tricker (KTM) was down 36 seconds to defending series champ Tayla Jones (Rockstar Energy/Husqvarna/Moose Husqvarna) going into the final test, but put in an amazing ride that gave the Mepmx/Fly/Grizzly Peak/Traveler’s Rest Speedway/KTM rider the win in the Women’s Elite class.

The Kenda AMA National Enduro Series returns to action on June 9 at the Cherokee National Enduro in Greensboro, Georgia. For more information on the series go to www.nationalenduro.com.