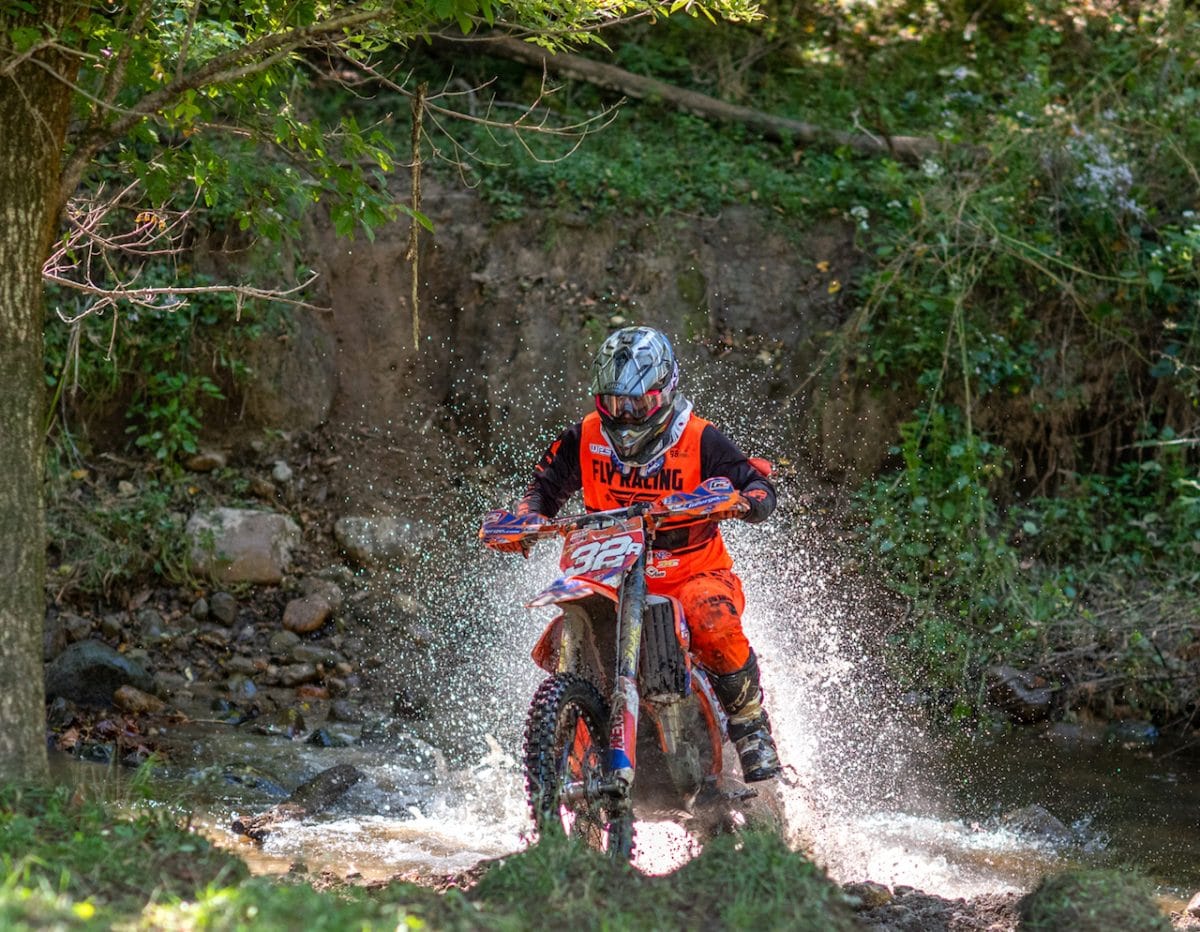 Grant Baylor was the fastest man at this years Muddobbers National Enduro aboard his Tely Energy Racing KTM. Grant would win three of the six tests and finish no worse than second all day long. With one round remaining he holds down third overall in the series standings just in-front of Ben Kelly.

Steward Baylor kept his brother Grant honest all day long but just needed a little more than the final test win to get an overall victory. Steward finished in the runner-up spot just a little over a minute from the winner. Looks like it’s back to “The Shoals” for more speed training. Headed into the final round in Stanton Alabama Steward has a comfortable points lead in the overall championship.

Husqvarna factory rider Thad Duvall was back on the podium in Indiana. Duvall would edge out Red Bull KTMs Josh Toth for 3rd overall. Although he wasn’t able to match the Baylor brothers speed consistently he did manage to win one of the six tests. 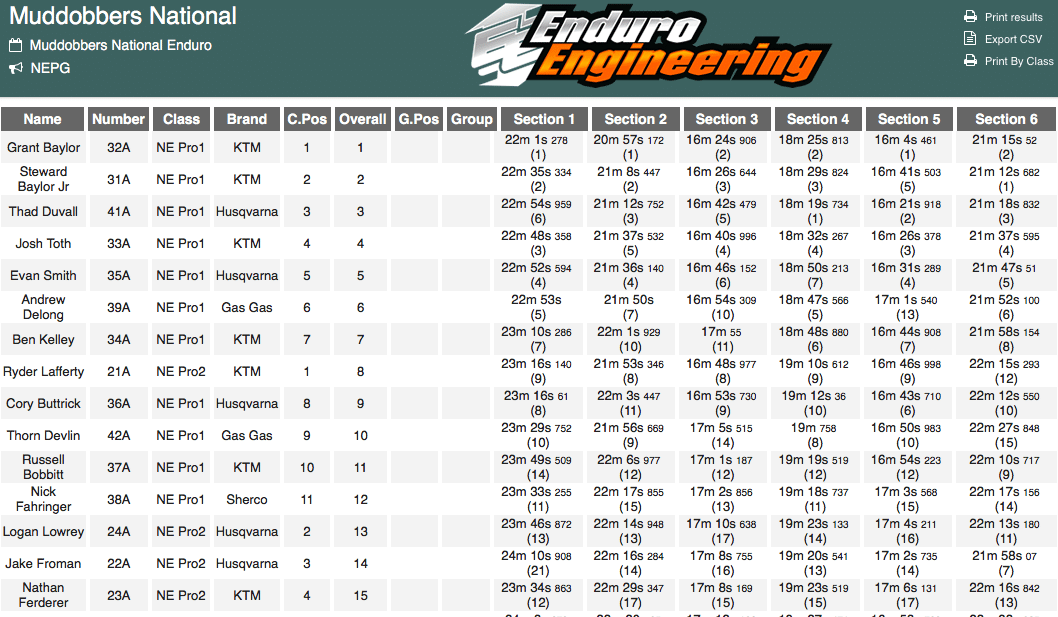