GRAHAM JARVIS LEADS DAY ONE AT THE RED BULL ROMANIACS 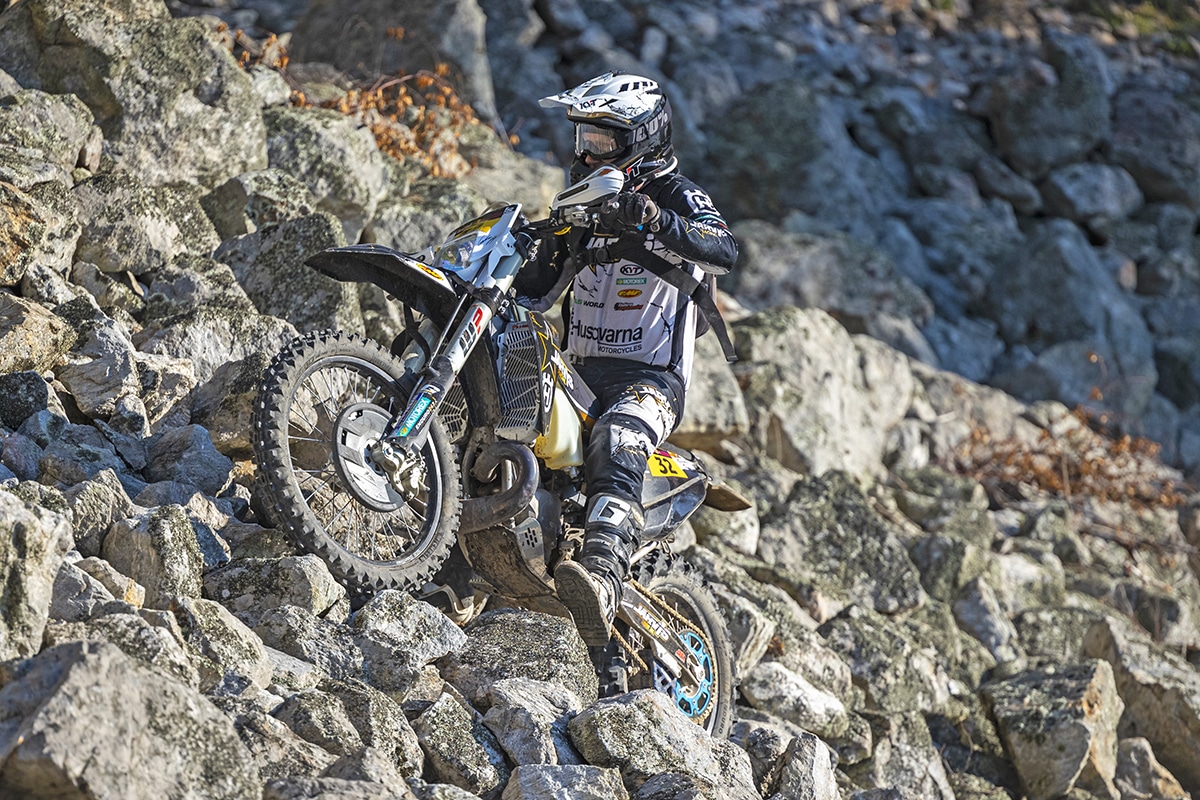 Graham Jarvis is out to an early race lead at round five of the FIM Hard Enduro World Championship with victory on Offroad Day 1 at Red Bull Romaniacs. The Jarvis Racing Team rider put in a masterclass of riding in Romania to comfortably top the standings by over four minutes from Team Bulgaria powered by ECONT’s Teodor Kabakchiev in second. FMF KTM Factory Racing’s Trystan Hart took third.

The opening Offroad Day at Red Bull Romaniacs is always an exciting one. Traditionally tough and intense, it immediately aims to put the world’s best Hard Enduro riders through their paces. With yesterday’s city prologue complete, today lived up to that reputation as the combination of hot temperatures and dry, dusty terrain ensured the early difficult signature sections served as a brutal wake-up call.

Winner of the prologue, AG Racing Team 89’s Alfredo Gomez was eager to keep that run of form going as riders headed into the mountains. With his choice of top three starting positions, he opted to set off third, allowing Red Bull KTM Factory Racing’s Manuel Lettenbichler and then GASGAS Factory Racing’s Taddy Blazusiak to open the course.

Lettenbichler was first to hit trouble on the early Babysitter climb. A clutch issue was hampering his progress and instead of attacking, he was already battling to survive to the service point. Kabakchiev was off to a strong start, leading on corrected time after the first hour of racing. But only just. Jarvis was also on mission and having started in 11th, was happily picking off riders in front.

The six-time Red Bull Romaniacs winner was well tuned into the terrain and comfortably held his pace all day to win Offroad Day 1. He now moves into the provisional overall race lead. Kabakchiev was the only rider to get close to Jarvis, and despite later admitting to making a couple of errors, still finished his day just over four minutes adrift take the runner-up result.

The top two were clear out front, with a further seven minutes separating Kabakchiev from Trystan Hart in third. The Canadian will be pleased with his efforts, in what is only his second time competing in the Romanian Hard Enduro Rallye.

Behind the top three, a strong ride by Austria’s Michael Walkner saw him bring his GASGAS home in fourth, with Sherco Factory Racing’s Mario Roman fifth. For Gomez, the opening day in the mountains didn’t quite go to plan. Finishing sixth, he lost almost 15 minutes to Jarvis.

After a frustrating morning, Lettenbichler was determined to make amends and set about making up for lost ground. Charging right to the end, he topped the final two checkpoints to take seventh. However, the German ends Offroad Day 1 already 17 minutes and 32 seconds behind race leader Jarvis and will need to continue pushing hard to catch back up.

Offroad Day 2 sees competitors head away from host city Sibiu. The Ranca ski resort in the Valcea region will welcome competitors and support crew for an overnight stay.

Graham Jarvis (Husqvarna): “It’s been a great day. I started out 11th this morning, so had a good few guys to catch and overtake, which probably helped me a lot to keep pushing ahead. I felt like I had some good energy in the final part of the day, so I hope that’s a good sign for the rest of the week. We’ve still a long way to go, but winning today has been a good start for sure!”

Teodor Kabakchiev (KTM): “I’m surprised for second today because I made a few mistakes and needed to push in some sections. I felt like my pace was solid though, and can hopefully hold that this week. Let’s see what tomorrow brings.”

Mario Roman (Sherco): “Today was a pretty smooth day, no major mistakes and I felt good all day. I kept pushing where I could and stayed in a nice rhythm. With the heat and dry it was actually tough out there to find grip.”

THE WEEKLY FEED: RED BULL ROMANIACS IS ON!