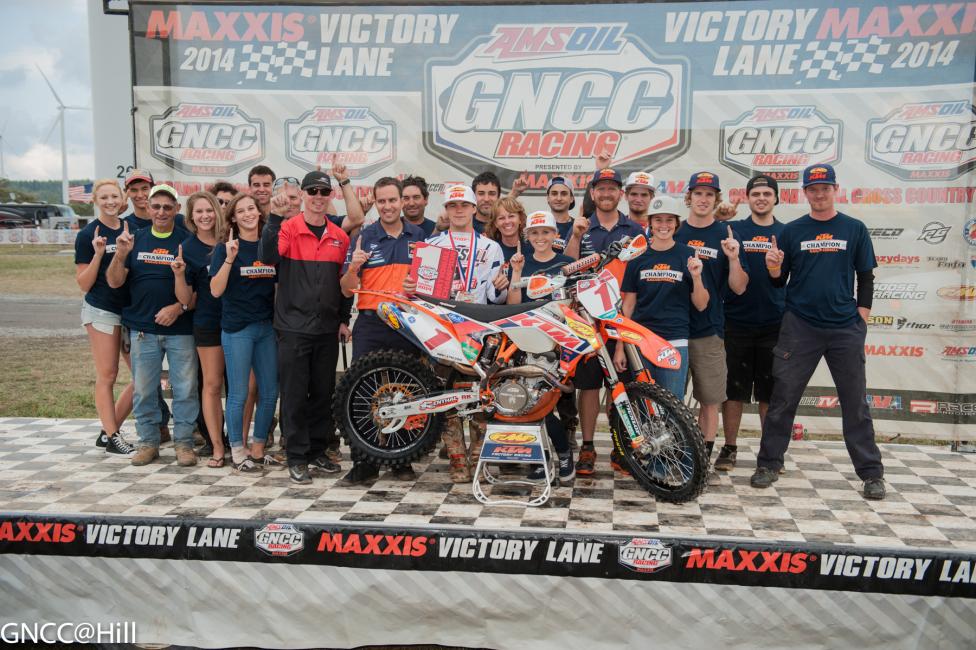 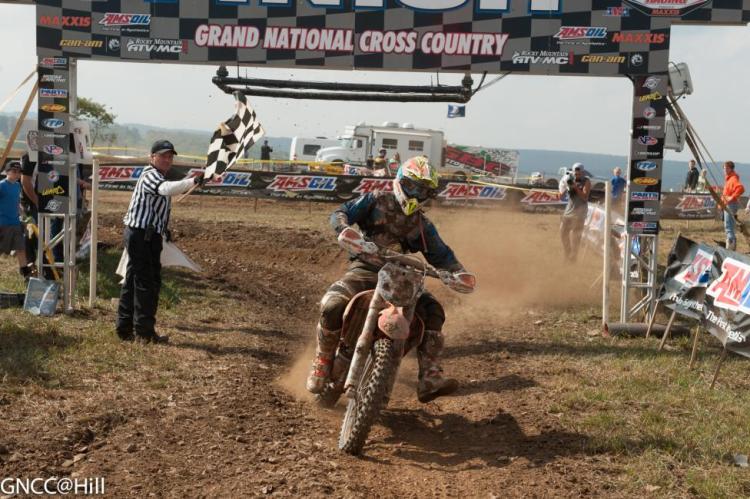 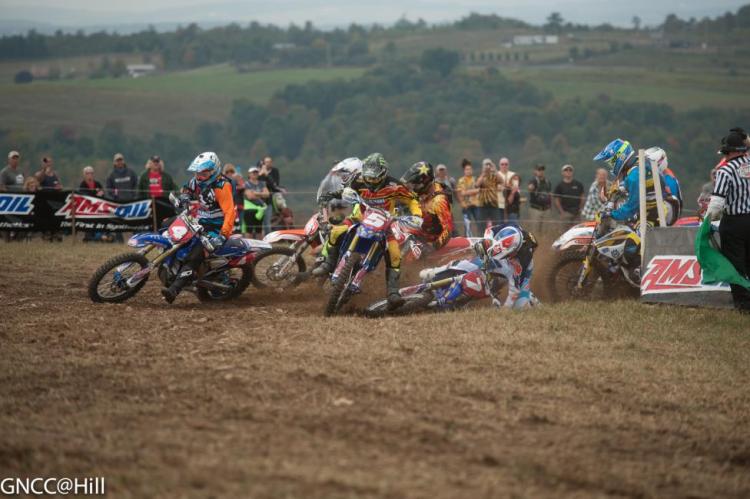 Jordan Ashburn (7) may have crashed off the start but he led 4 of 6 laps in Pennsylvania
Photo: Ken Hill
Meanwhile, Russell got off to a not-so-favorable start, where the reigning champion checked in around fifth place on the opening lap. But it didn’t take long for Russell to push his way toward the front as he joined Ashburn for the lead battle on lap two. The top three running order tightened up immensely on the third lap where less than 15 seconds separated Ashburn, Russell and Strang as they all three headed into the pits for fuel at the same time. Ashburn made it out first, followed by Russell and then Strang. However, things quickly took a turn for the worst for Strang when he acquired some extra fuel in his lap near the end of his pit. Only seven seconds behind the lead battle, Strang attempted to continue racing but the pain became intolerant so the Australian native was forced to return to his pit and take care of himself, thus removing himself from the race. Strang’s misfortune opened up the doors for Factory Husqvarna’s Andrew Delong to gain a position in the overall running, where he made it from eighth to third by lap four. Rockstar Energy Racing/WMR KTM’s Ryan Sipes then slipped into the fourth place position, followed by Whibley in fifth. 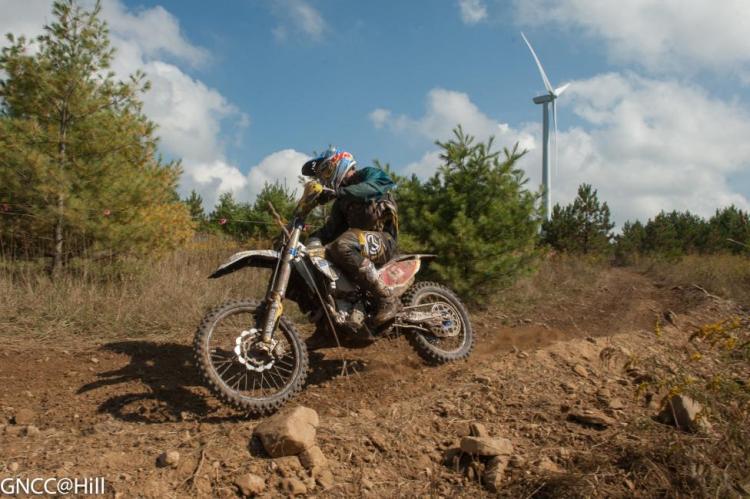 But just as Delong and the other XC1 riders began their quest for an overall podium finish, XC2 Pro Lites leader Grant Baylor swooped in on the adjusted time clock. Baylor eventually made his way into the top three with time adjustment, and from there, the 17-year-old pushed his way into the second place spot. The intense battle for the physical lead continued on between Ashburn and Russell and as the two-lap card fell, Russell finally made his move to the front. But Ashburn didn’t let up as he pushed to stay about 10 seconds behind on the final lap. In the end, Ashburn finished one minute behind Russell to capture second place in the XC1 Pro class but Baylor’s fast pace from the second row was enough to bump Ashburn back one position to finish third overall for the day, while Baylor added a third podium finish to his overall arsenal.

Kailub Russell added another career victory to his collection, now sitting with 21 career overall wins, which is good enough to tie Scott Plessinger for fifth place on the All-Time Bike Wins list. But for Russell, a big weight has been lifted as he captured his second straight title with two rounds left to go. “It feels great to get the championship wrapped up early,” stated Russell. “My team worked so hard to help me accomplish this goal and I am so grateful for their hard work. I hope to continue my win streak at the next two rounds to finish the season off with a couple more victories.” 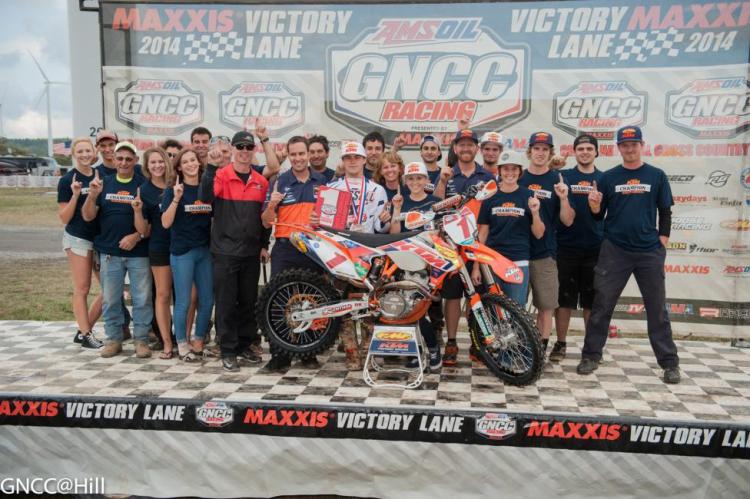 Russell captured an extra $150 courtesy of the KR4 Performance Fastest Lap Award, where he laid down the fastest lap on the final lap with a time of 25:49. After leading four of the six laps, Ashburn’s stellar performance vaulted the Tennessee native into the second place position in the championship standings where he surpassed Strang, who wasn’t able to finish on Sunday. Strang now sits one point back in third. 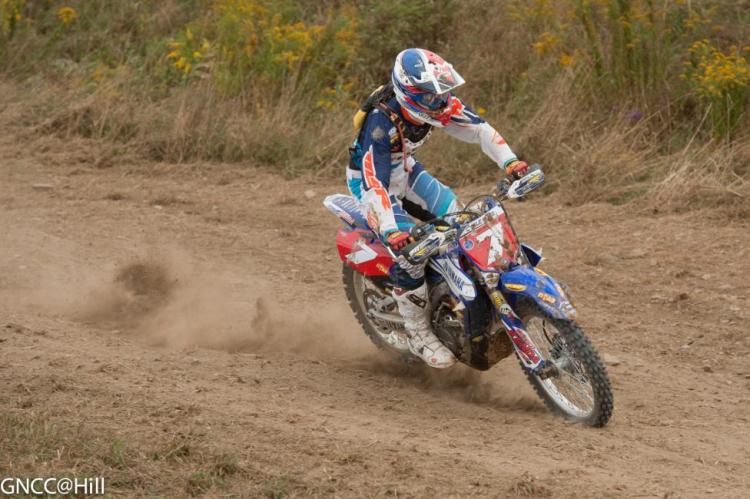 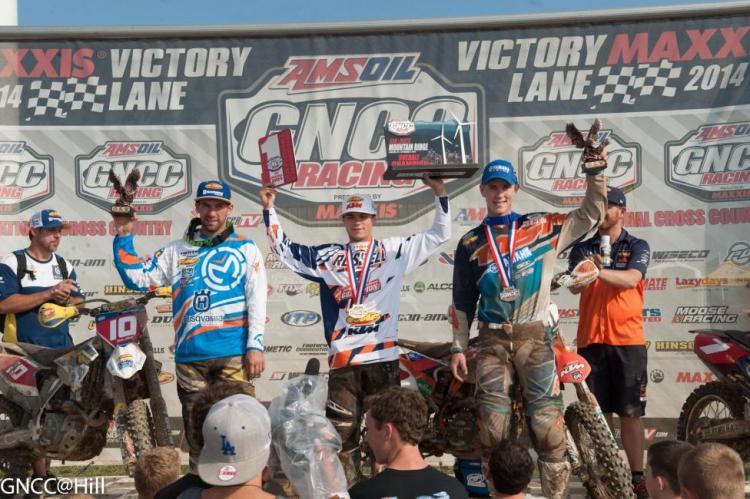 Whibley rounded out the top five in XC1 and sixth overall for the day, followed by Maxxis/KLIM/DirtWise KTM Race Team’s Jason Thomas in sixth, Chris Douglas in seventh and Takeshi Koikeda in eighth. RideMPS.com/AMSOIL Honda’s Thad DuVall finished ninth in XC1 after he reportedly blew his rear shock on the third lap of racing, where he rode the remainder of the race at a disadvantage. JCR Honda/Rockstar Energy’s Chris Bach battled for a top five position all afternoon and the Indiana native was well on his way until he tipped over in a rock section and punctured his water pump cover. Bach came into the pits to fix his bike and returned to the race but his valiant effort wasn’t enough to score championship points at round 11. 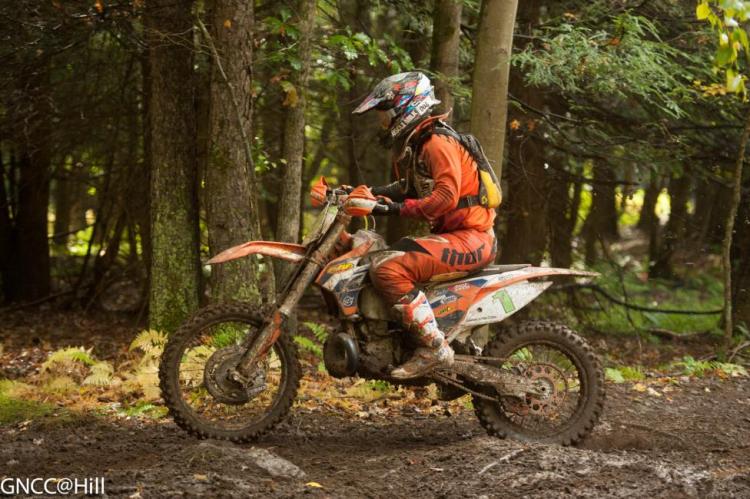 KTM Support rider Grant Baylor extended his lead in XC2 Pro Lites with a fourth straight victory in the class. At the beginning of the three-hour race, XC2 rookie Trevor Bollinger held on to the pace of Baylor and the duo battled it out for the lead position. However, as the race wore on, Baylor picked up his pace dramatically, where he rode on uncontested for yet another win in the class, as well as an impressive second place overall finish. 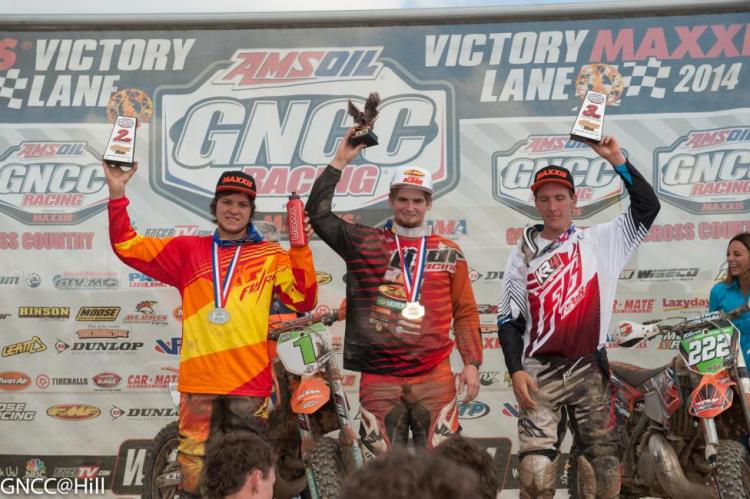 Bollinger was able to hold on for another second place finish for the season, while KR4 Arrive-N-Ride KTM’s Nick Davis rounded out the top three with his fourth podium finish of the season. Davis also earned an extra $100 courtesy of the DigitalOffroad.com XC2 Holeshot Award.

Craig Delong went home with another $125 American Kargo Top Amateur Award after finishing ninth overall for the day in a heated battle with 250 A class competitor Austin Lee. 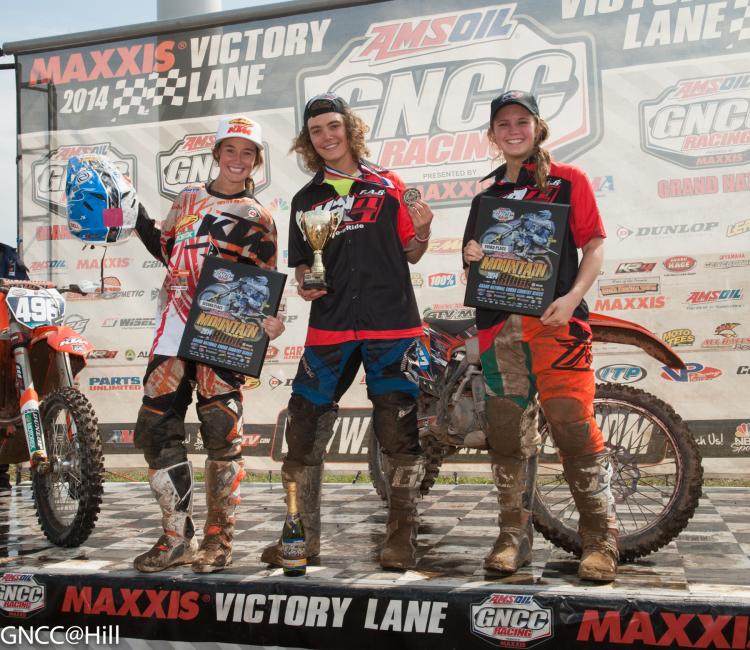 The WXC front-runners dominated the 10 a.m. race once again, securing the top three overall positions for the day. It was KR4 Arrive-N-Ride’s newest team member, Sarah Baldwin, who captured her first victory of the season, followed by Factory FMF/KTM’s Kacy Martinez in second, and KR4 Arrive-N-Ride’s Brooke Cosner came in third for her second podium appearance of the season. 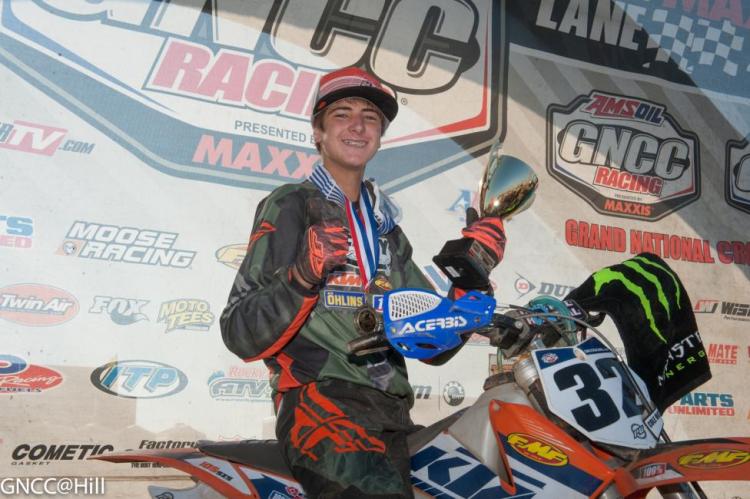 South Carolina’s Cole Mattison made it eight-in-a-row on Sunday with yet another Youth overall victory, as well as the Super Mini (14-15) class win. Mattison was joined atop the podium by Florida native Jesse Ansley, who also grabbed another win in the 85 (12-13) class, and North Carolina’s Conner Smith, who finished second in the Super Mini class and third overall for the day.

The 2014 AMSOIL Grand National Cross Country Series will head to St. Clairsville, Ohio on Oct. 4 and 5 for the ITP Powerline Park GNCC. For more information on the series, visit www.gnccracing.com.