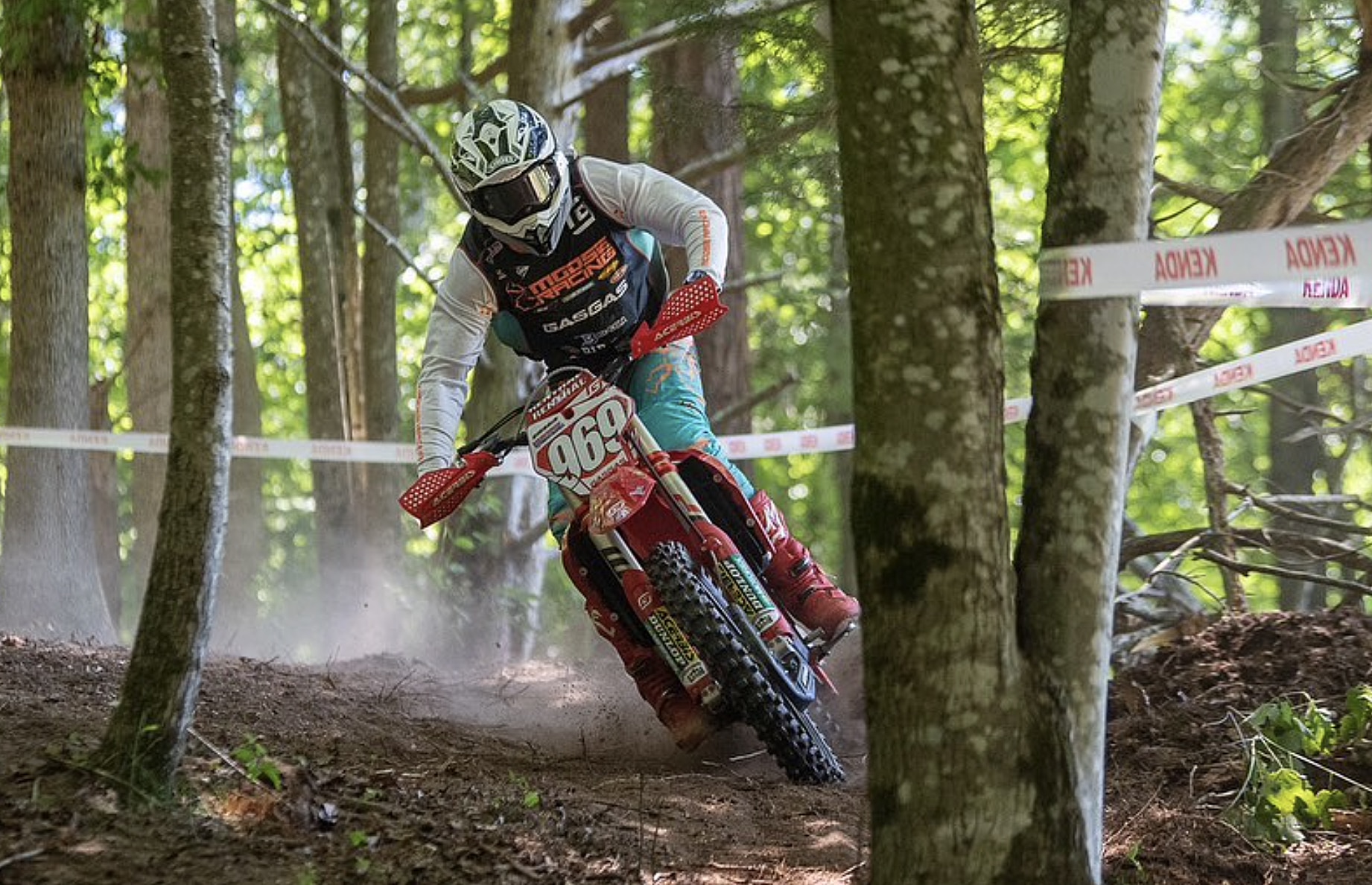 Coastal Racing GasGas’ Johnny Girroir won the battle, taking the overall two-day win for the weekend at the Harleywood Sprint Enduro in Harleywood, Virginia, but it was FMF/KTM’s Josh Toth who won the war, edging out AmPro Yamaha’s Layne Michael for the 2022 US Sprint Enduro championship in a title fight that went down to the wire.

Toth and Michael spent the first seven rounds of the series taking turns exchanging the point lead, with each rider dealing with multiple injuries throughout the season. Coming into the eighth and final round in Virginia, Michael held a slight seven-point lead over Toth. Girroir had split wins with Michael at the previous round but took the overall despite missing most of the season with a broken pelvis, but still had the potential to be a spoiler in the title fight. Toth came out swinging on Saturday, winning all three enduro tests and topped Girroir by 16 seconds for the win. Tely Energy Racing’s Liam Draper had one of his best days of the season with a third on Saturday, dropping Michael to fourth by 28 seconds.

On Sunday, it was Girroir’s turn to shine, as he won five of the six tests for Sunday’s win. The Massachusetts rider also made up the 16 seconds he had given up the day before to Toth, beating out the KTM rider by three-tenths of a second to claim the overall win for the weekend. Toth finished second for the day, which was more than enough to claim the championship title ahead of Michael, who was fourth again behind Draper for the day. Phoenix Honda Racing’s Cody Barnes’ fifth overall gave him the overall win in the Pro 2 class completing a sweep if all eight overall victories in the division, although RPM Racing’s Angus Riordan beat Barnes out for the day win on Sunday.