DRAINED
Dear Mr. Know-It-All,
I have a 2004 YZ250 two-smoker that is set up for off-road. I am unable to access my carburetor drain bolt to drain my gas out of the carb at the end of the ride. As you know, the quality of gas we now have gums up the jets if it sits for more than a couple of days. There’s no drain screw on my bowl like there is on my kids’ bikes. It’s impossible to access my drain bolt on the bottom of the carb without removing it. If I rotate it in the boot, my throttle cable gets pinched/kinked on the frame. I’ve been told that it makes a lean condition if I just let the gas run out, and it’s bad for the motor. I have to remove the seat/oversized tank to access the carb to remove it and clean the carb in my frustrating post-ride ritual. Keihin says there is no compatible float bowl with a drain screw to make my life easier. Is there any company that makes a bowl or possibly a drain plug that has a drain screw to easily drain the gas out of the carb after a ride?
Thanks for the help, and I love the mag.
“Crash”
via  [email protected] 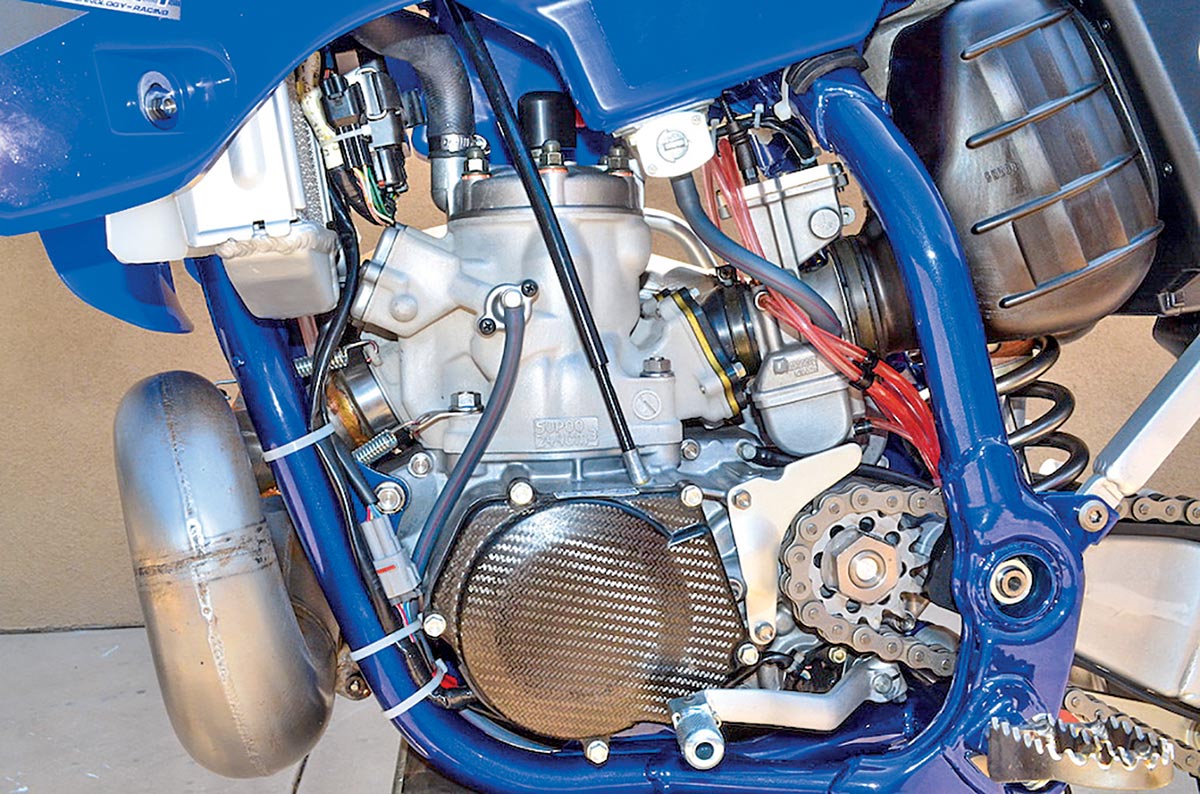 Love your moniker and have a decent idea on how you were tagged with it. Running the bike out of fuel will have it running lean, but there is enough oil mixed in the lower end of the bike to not cause serious harm. However, running it out of fuel will not get all of the fuel out of the carb. There will still be a pinch sitting in the bottom cavity of the float-bowl drain plug. While you should never leave the fuel to go stale, I believe that there are cons to draining the fuel. The lubrication that the premix provides for the rubber parts within the carb, keeps them flexible. Here’s my rule of thumb: I try to fire them up at least once a week to keep the jets from plugging versus draining them dry. Run a quality fuel from a popular gas station and add a fuel stabilizer, such as Startron, Helix or Maxima, to fight off moisture and ethanol issues.

Concerning the removal of the drain plug, not having your machine within eyeball range makes it tough to figure out the dilemma, but I would consider removing the countershaft cover and case protector to gain more swivel room so you can access the float-bowl drain plug with a box-end wrench. And, finally, there are carburetor options, such as the Smart Carb, that are equipped with drain screws and offer performance gains. They will chip away at your checkbook, though.