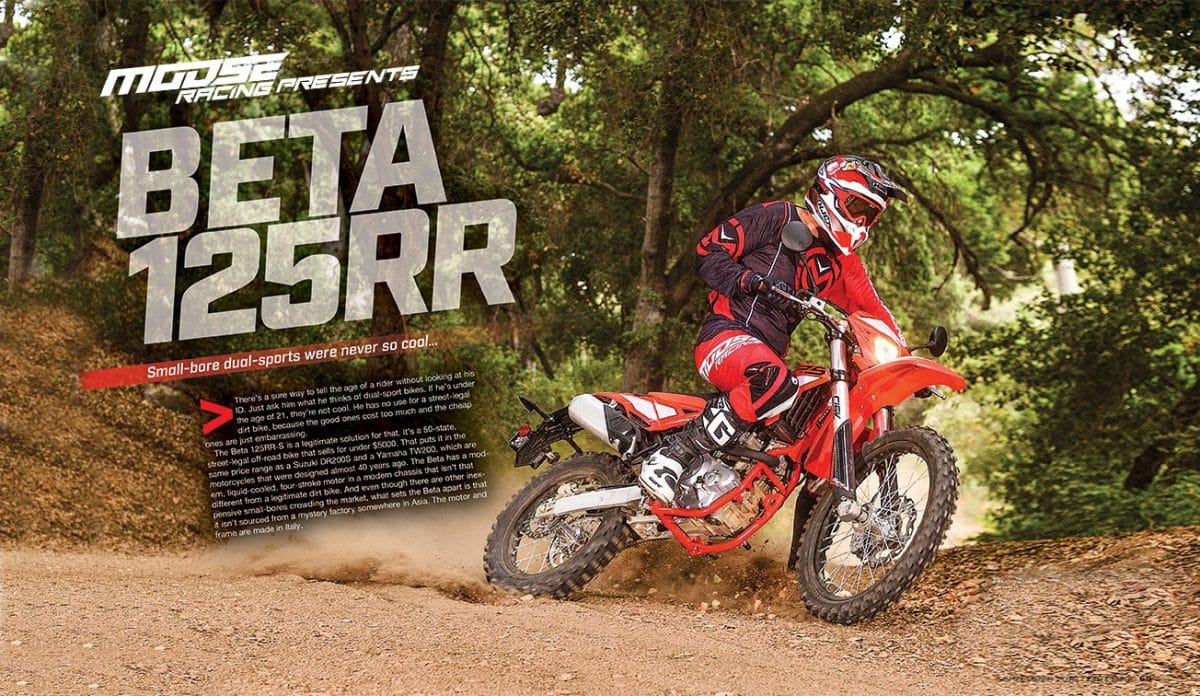 Most riders under the age of 21 have no use for a street-legal dirt bike, because the good ones cost too much and the cheap ones are just embarrassing. The Beta 125RR-S is a legitimate solution for that. It’s a 50-state, street-legal off-road bike that sells for under $5000. That puts it in the same price range as a Suzuki DR200S and a Yamaha TW200, which are motorcycles that were designed almost 40 years ago. The Beta has a modern, liquid-cooled, four-stroke motor in a modern chassis that isn’t that different from a legitimate dirt bike. And even though there are other inexpensive small-bores crowding the market, what sets the Beta apart is that it isn’t sourced from a mystery factory somewhere in Asia. The motor and frame are made in Italy. 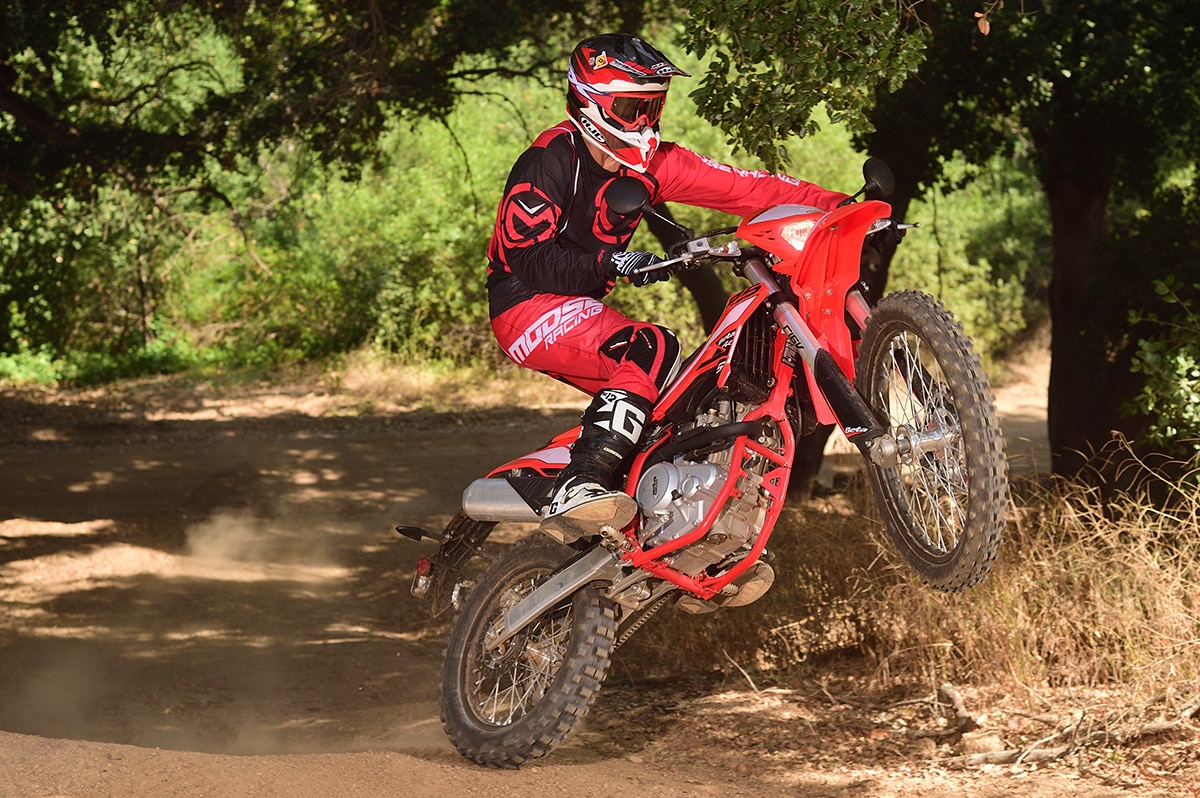 Almost everyone takes a look at the Beta 125RR-S, sees the price, and assumes that the motor comes from a plant in China or Southeast Asia where labor is cheap and quality is wildly inconsistent. The fact that Beta produced this bike in Europe and got it approved by the U.S. Department of Transportation and the Environmental Protection Agency means it should cost much, much more. Beta doesn’t share these numbers, but we would guess the emissions testing procedure adds as much as 25 percent to the price. Yet, the bike reflects a high level of quality and craftsmanship. The motor is a SOHC four-valve single with electric start and a six-speed gearbox. It isn’t fuel-injected, which is permitted partially because Beta is a small importer and partially because of the bike’s 124cc displacement. The carb is a 30mm Keihin—again, a real brand, not a Malaysian mystery mixer.

Beta cut a few corners with components compared to its more expensive off-road bikes. The handlebar is steel and the brakes aren’t a name brand, but both are hydraulic discs, unlike the Japanese dual-sports in the lower price range, which still have drums in the rear. The suspension components have no adjustability aside from spring preload in the rear. Still, the overall quality is much, much higher than anything in this price range. That goes for the quality of the welds, the finish of the bodywork and the way everything fits together. Even the tires are Michelin Enduro Comps, which are better than what KTM puts on its $11,000 dual-sport bikes.

It’s hard to know what to expect from a modern 125cc four-stroke engine. There aren’t any others. All we have for comparison are old-time, air-cooled two-valvers like the ones in the Yamaha TT-R125 and the Suzuki DR125. The Beta engine is much more powerful than those, but it’s also in a larger, heavier chassis. The bike has full-size wheels and is almost the size of a regular dirt bike. Even so, in outright acceleration, it’s a notch above virtually any other 125cc four-stroke that we know of. It has no trouble dealing with anything you find on normal trails until you get into hill country. If you have to climb anything steep, it takes a while to learn the proper technique. The little motor doesn’t have the torque for a full-force assault, so you have to use momentum. Start off with all the speed you can muster, and downshift before you lose the upper hand. The motor doesn’t mind screaming. If the hill is long, resign yourself to first gear early; if you wait too long for the downshift, the motor can’t recover. As far as suspension goes, it’s surprisingly good for rocks and trail trash. The spring rates work best for someone in the 140-pound range. It isn’t set up for jumping or pounding whoops, but it’s comfortable and well-balanced.

This isn’t a bike for the highway. The laws vary state by state on this, but the Beta tops out around 75 mph on a good day, and that isn’t enough to be comfortable between 18-wheelers and late soccer moms. It is perfect, however, for runs between the campground and the general store. It even has passenger footpegs. It’s also ideal for campus commuting and short, after-school adventures. Most important of all, it has a distinct cool factor that puts it a notch above any of the small-displacement dual-sport bikes currently available. For more information, go to Beta’s website.