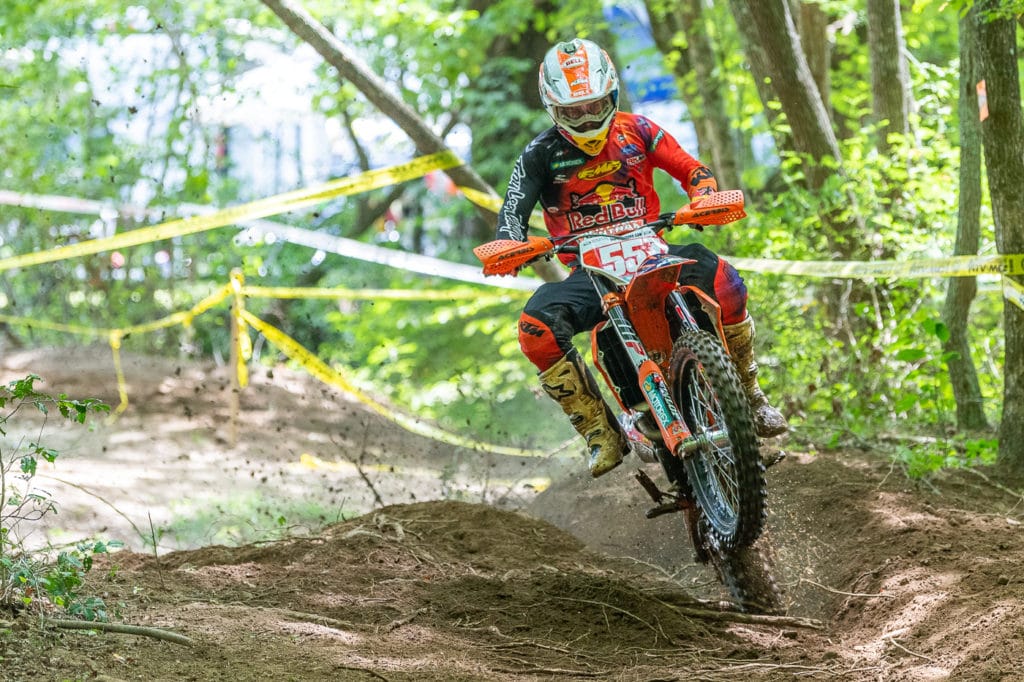 With his overall victory this weekend at the Rockcrusher Full Gas Sprint Enduro in Young Harris, Georgia, Kailub Russell became the first two-time champion of the Kenda Full Gas Sprint Enduro Series, having also won the title in 2015.  With overall wins at six of the seven rounds held so far this year, Russell’s performance at Rock Crusher Farm this weekend was enough to clinch the 2019 title with one round remaining on the schedule.