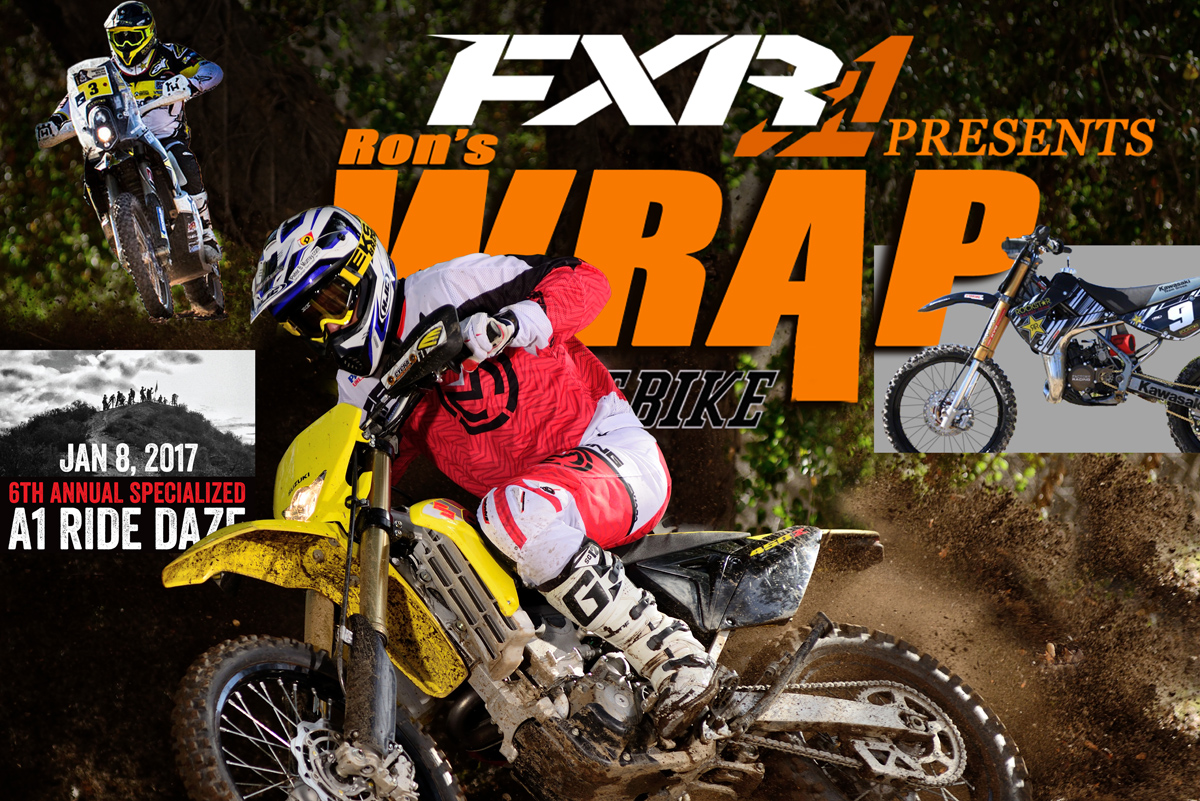 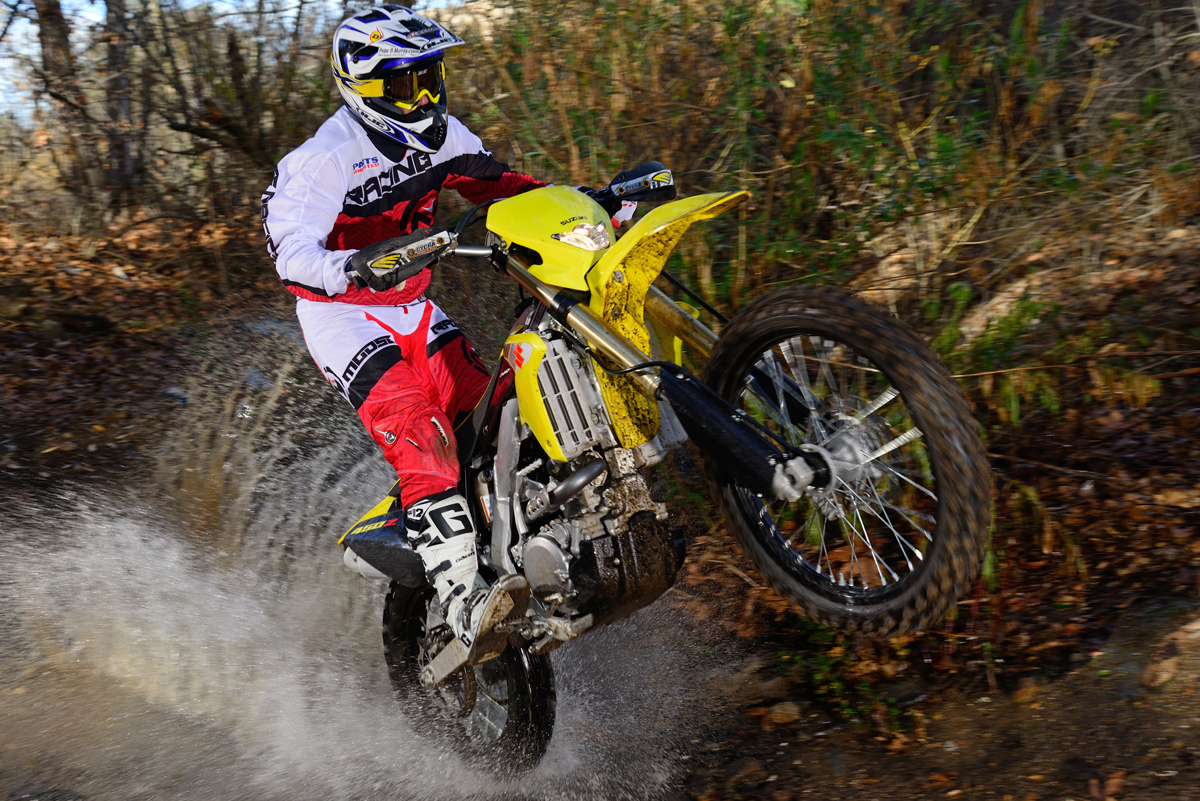 This week we finally put a little time on the Suzuki RMX450Z. First of all, we have to give Suzuki a standing ovation for paying attention to the off-road market. This is a legitimate off-road bike, and is homologated as such by the EPA and the California Air Resources Board. That means it can get a green sticker in California. Other manufacturers have given up on that. I know that doesn’t matter to most riders (including many in California), but what bugs is the fact that legitimate trail bikes are becoming more rare, while “closed-course competition off-road bikes” take over. I like the KTM XC-Fs and Husky FXs, but they aren’t trail bikes. They’re made for racing. 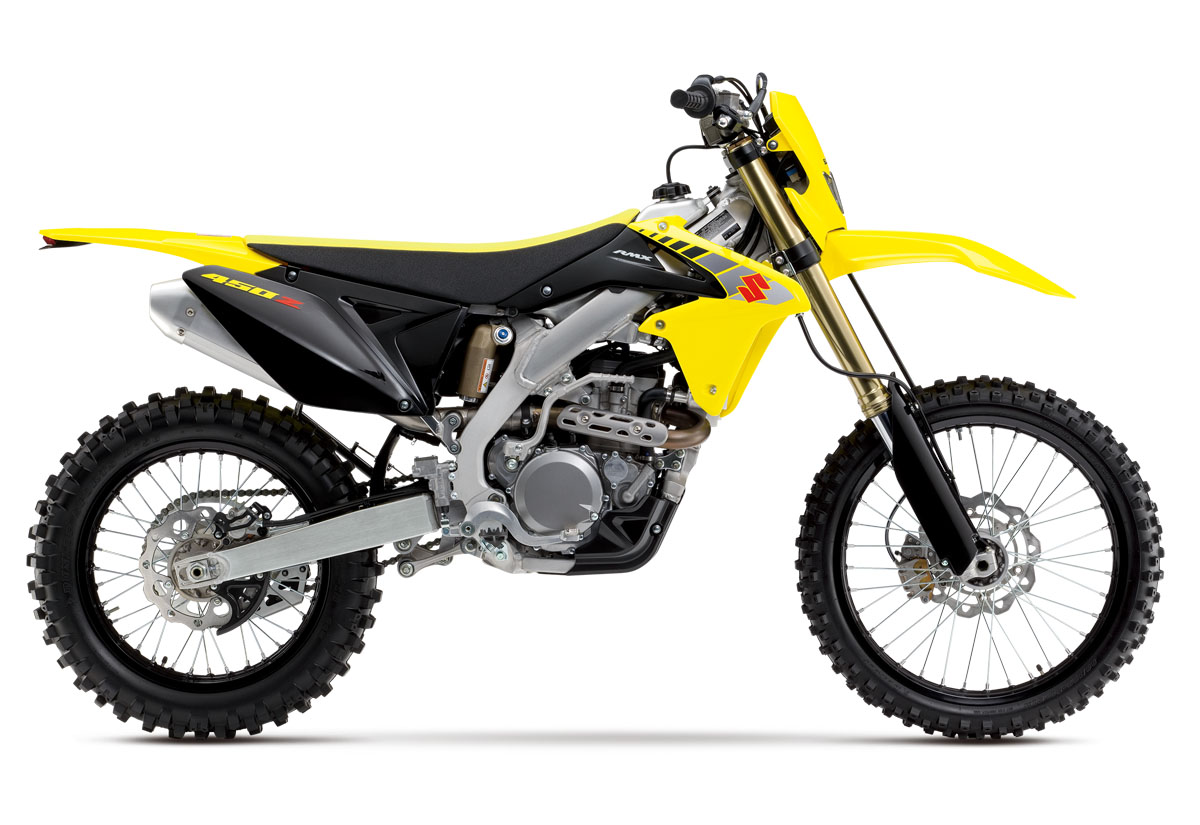 The new Suzuki, on the other hand, is a legit off-road bike. Unfortunately, it comes with a throttle stop to more or less fake the noise level down to pass the EPA’s drive-by sound test. Yamaha does the same thing with the WR series. I can’t understand why the GSX-R750 doesn’t have to have one. It has to pass the same test. The RMX450Z also has a snorkel in the airbox and a reducer in the muffler. The EFI system has fixed mapping, as required by law. That, incidentally, was what got Suzuki in trouble back in 2010 when we first saw this bike. That version had a competition fuel map pre-programmed into the blackbox that the end user could access. That’s a no-no, and Suzuki paid a big fine.

We never intended to test the bike with the throttle stop in place. It’s just silly. While we were at it, we removed the snorkel and the reducer in the muffler. As it turned out, those last two steps were mistakes. Without those two items, the existing fuel map was too lean, and the bike flamed out, popped and backfired. With the reducer back in place, the bike runs fine. It’s not fast, but is has a sweet power delivery and is fun to ride. It’s also legitimately quiet. I would bet a GSX-R is much louder.

The most disappointing aspect of the bike is that it already feels a little dated. This is the exact same bike that was offered seven years ago, minus the illegal map and with some new cosmetics. Other bikes have become much lighter in that time period. The Suzuki weighs 261 pounds without fuel. For more on the new RMX450Z, check out the full test in the April, 2017 print issue of Dirt Bike. 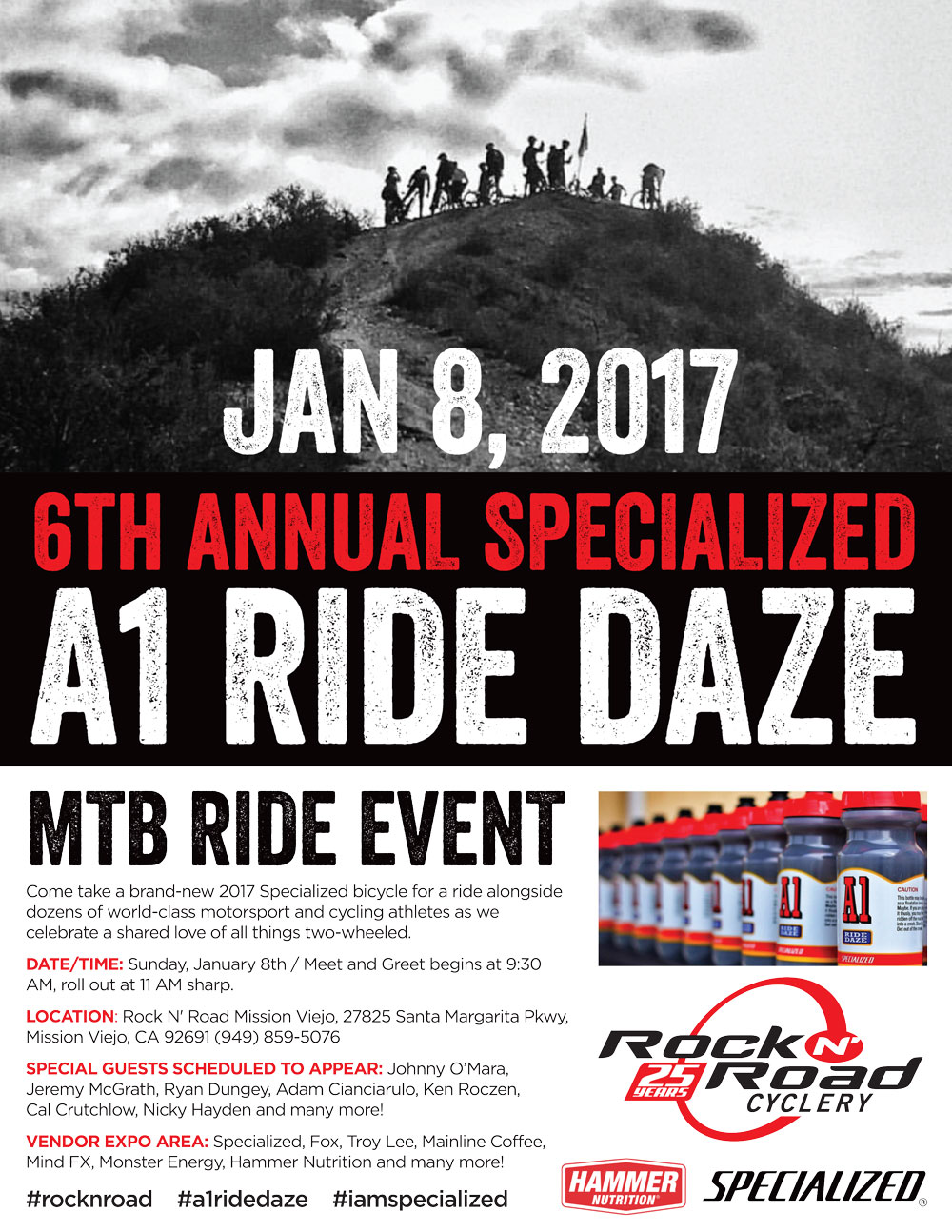 And the forecast is for rain! For those of us hoping for a mudder, it probably won’t be too wet. Supercross tracks are a science these days. Remember the USGP in Charlotte? Hurricane Matthew was bearing down on North Carolina, but the dirt was epic by race time. Sunday’s annual mountain bike ride organized by Rock & Road is more at risk. This is an awesome ride in Orange County, California that usually sees sleep-deprived Supercross stars mixing it up with regular Joes. I hope it’s not pouring.

DAKAR WILL HAVE A NEW WINNER

At least in the motorcycle division, there will be a new champ. Toby Price crashed out of contention on day 4. With Marc Coma retired and Cyril Depres driving a Peugeot in the car division, there are no previous winners left in this year’s rally. Joan Barreda and Paulo Goncalves of the Monster Energy Honda team are the most experienced of the top contenders, but they are presumably out of the hunt after being handed one-hour penalties for refueling in an illegal place. That also caught America’s top (and only) rider Ricky Brabec. Honda will doubtlessly appeal the decision. You can’t help but feel for Barreda, who has been in the mix to win at least four years, but always has something go wrong. Here are some of the images from the rally after four stages.

CRAIGSLIST BIKE OF THE WEEK 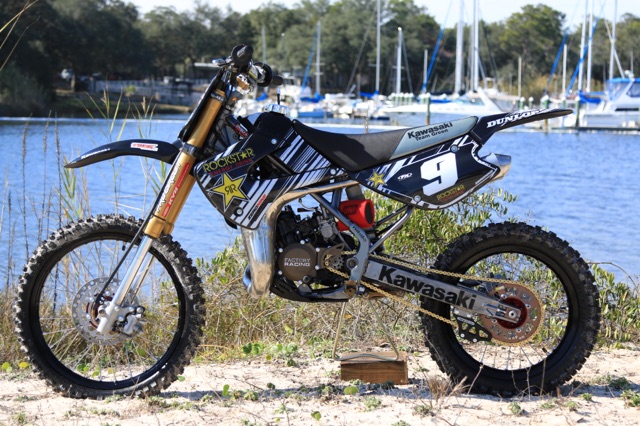 We got an email from a reader in Florida who spent two years working on this project bike. Here’s what he wrote:
Hello,
I just finished a dirt bike rebuild that took me two years to complete. I’m very proud of it and would like to see if it’s worth an entry on your pages… 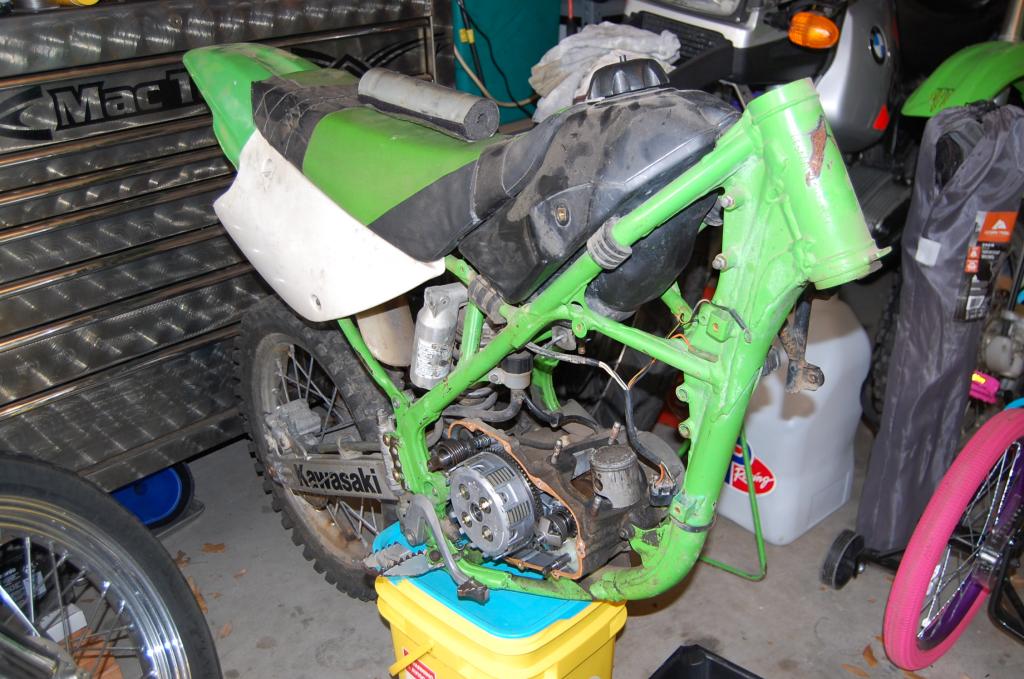 It started of as a search for a dirt bike for my wife, so she can enjoy riding with me and our two sons. I found a 1999 Kawasaki Kx85 that was beat down and missing almost every major component. I traded the guy a cheap handgun ($150 value) for the bike. I taught myself to powdercoat, and basically how to work on a dirt bike. It was a learning process throughout the build. I powdercoated multiple colors: gold, metallica grey, cherry red, black, bronze.
Full top and bottom rebuild. Too many new parts to list. $2000 invested and lots of spare time.
Two years later, and the wife loves it!