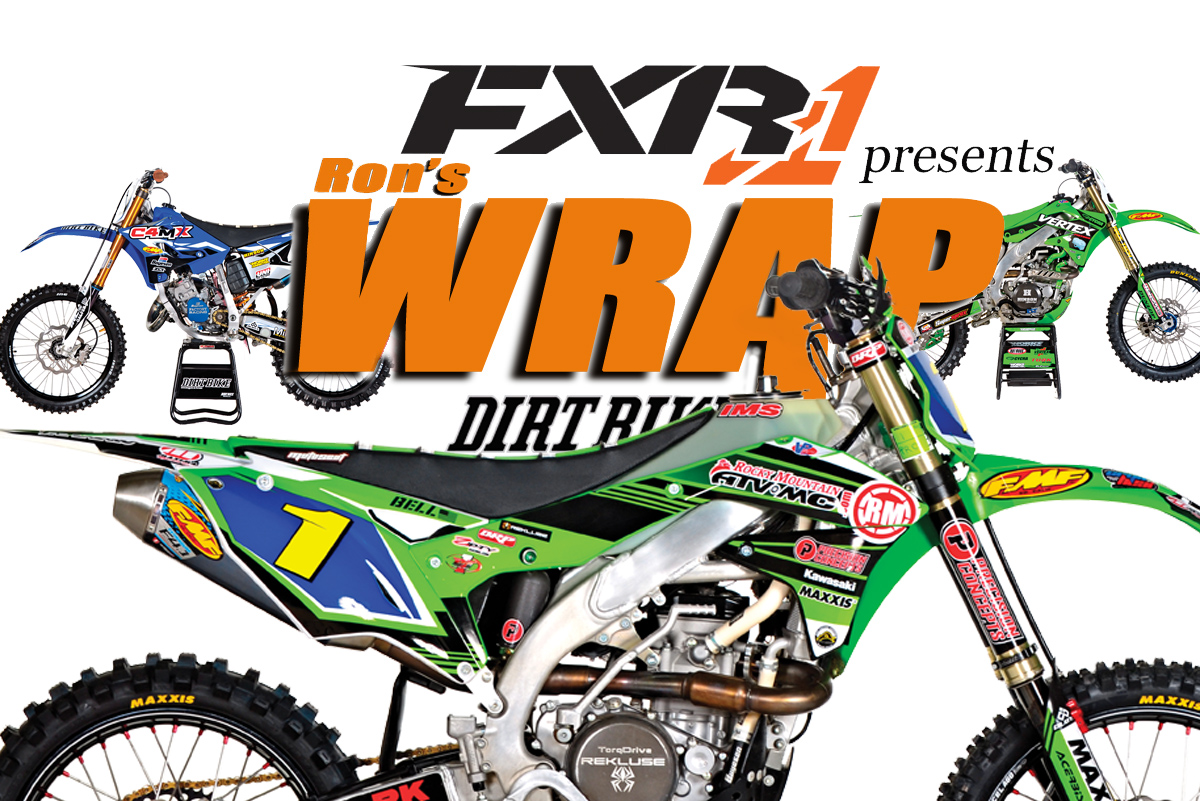 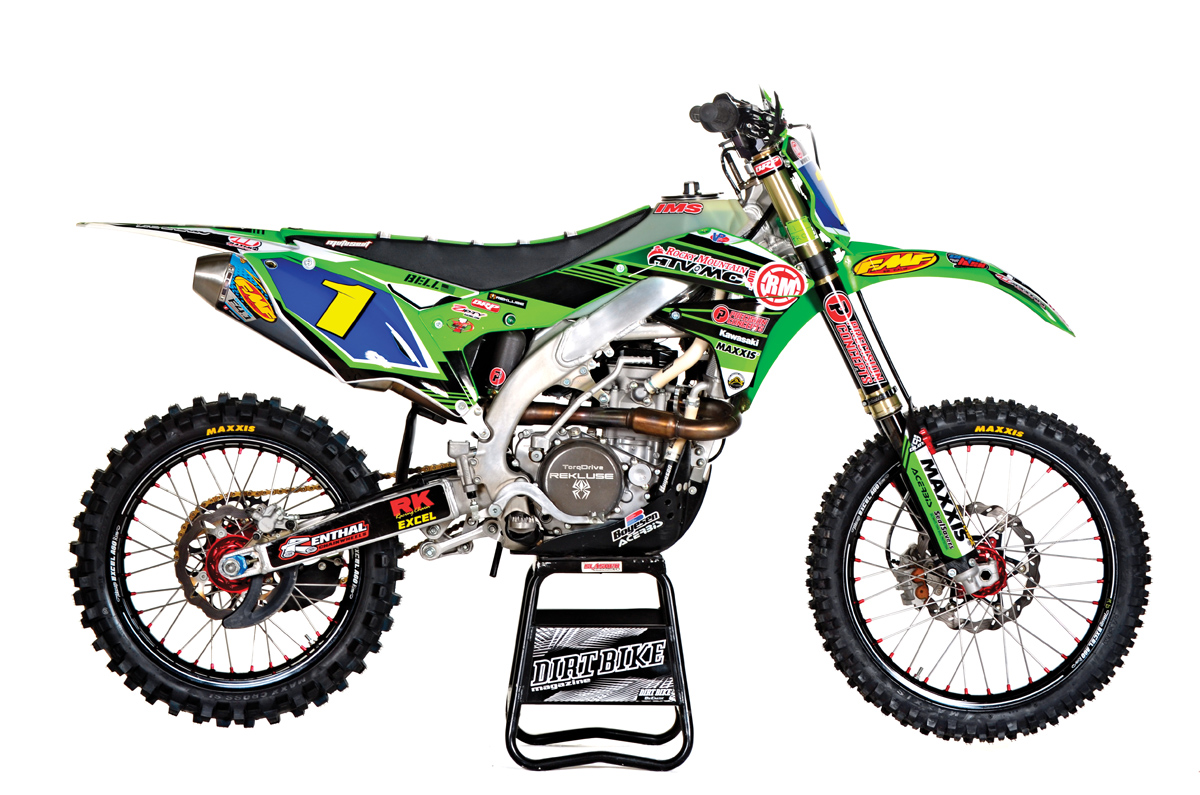 This week, we’re continuing with our “Riding the Ones” series, where we swing a leg over every off-road bike with a number one plate that we can get our hands on. Robby Bell is the current WORCS champion and he donated his 2017 Kawasaki KX450F to the cause. The most interesting thing about this bike is that Robby is almost as unfamiliar with the bike as us. He has been riding a 2012 model for so long that he wasn’t thrilled to make a change. 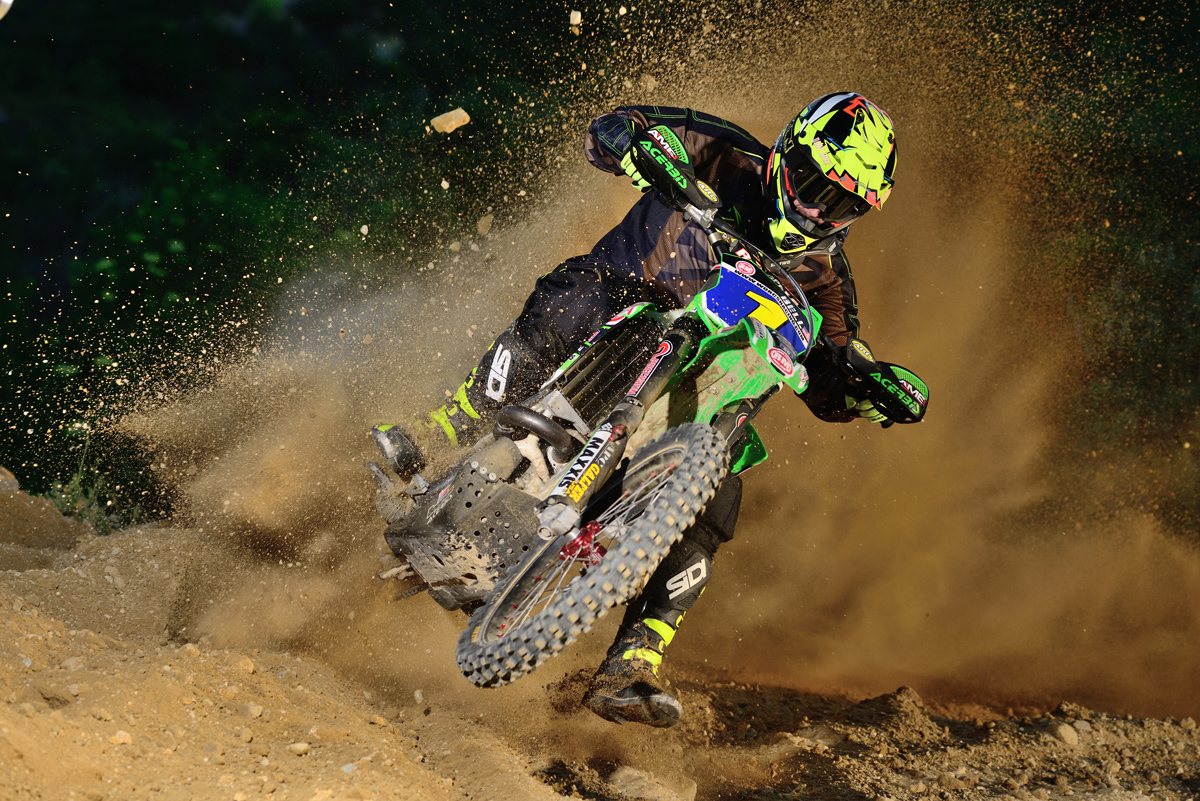 The most fun aspect of this series is that we get to see how different the various champions are in their personal tastes and set up. Robby’s bike is certainly well built and perfectly prepared, but his suspension is a little unusual. He likes a stiff fork and a soft shock. Most off-road guys tend to go the other way around. His riding style puts him way forward on the bike, and he doesn’t want the front end to collapse in turns. 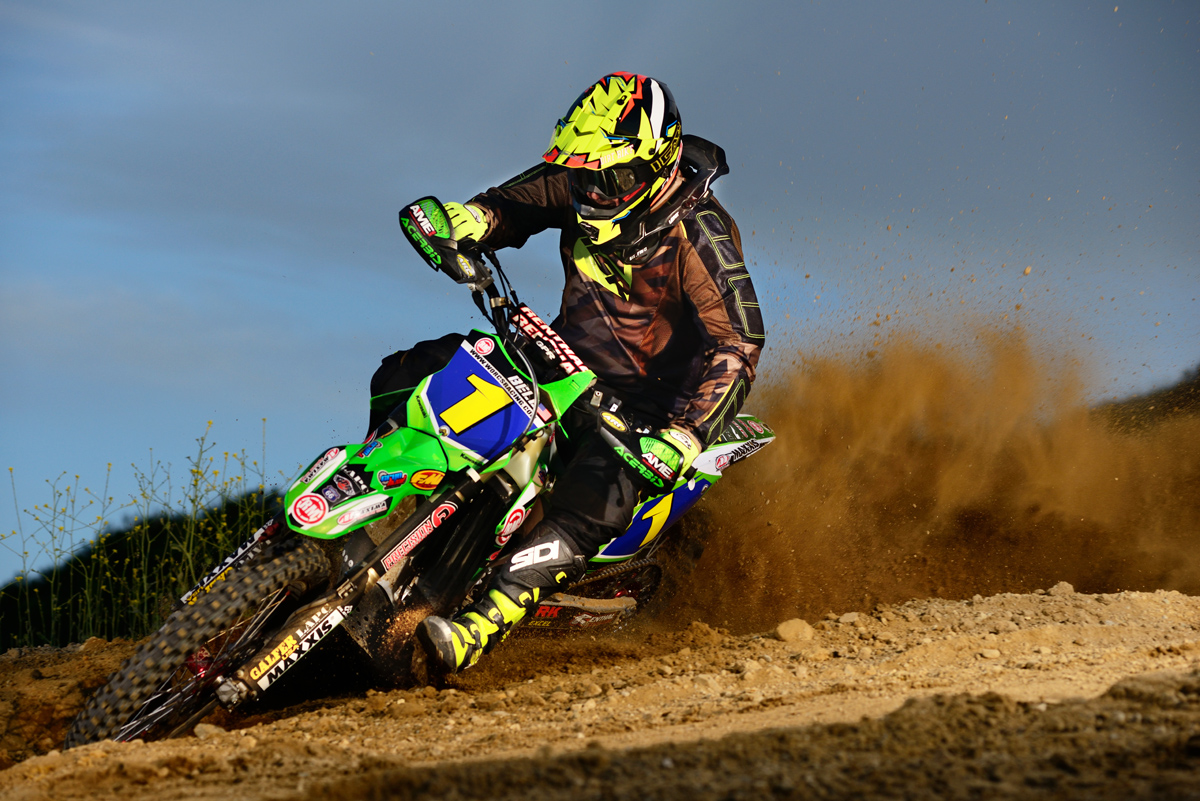 Early in the morning before the John Burr Six Hours of Glen Helen, Mark Tilley and I went into the hills for a photo shoot, and Mark actually had to ride like Bell to make the bike work. He kind of liked it. Look for the story in the June, 2017 print issue of Dirt Bike. 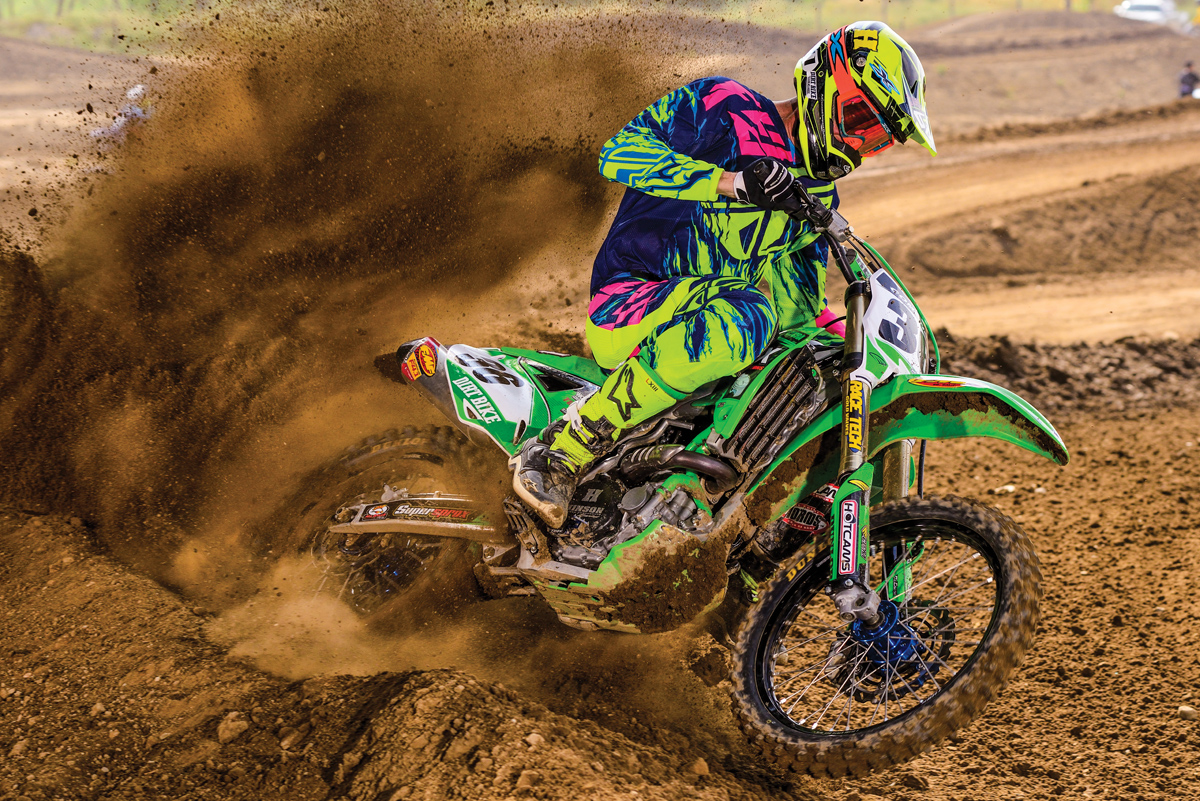 In the same issue we’ll be featuring another KX450F. This one doesn’t carry a number one place and frankly will never go as fast as Bell’s. It was built for the Average Joe, or in this case, the average Jeff. Jeff Rambo, an intermediate rider and Dirt  Bike contributor, blew up his KX months ago, and it’s been sitting in his garage because he didn’t have the money to repain it with O.E. part. We looked to at Hot Cams and Crank Works to find parts that would make the rebuild more affordable. 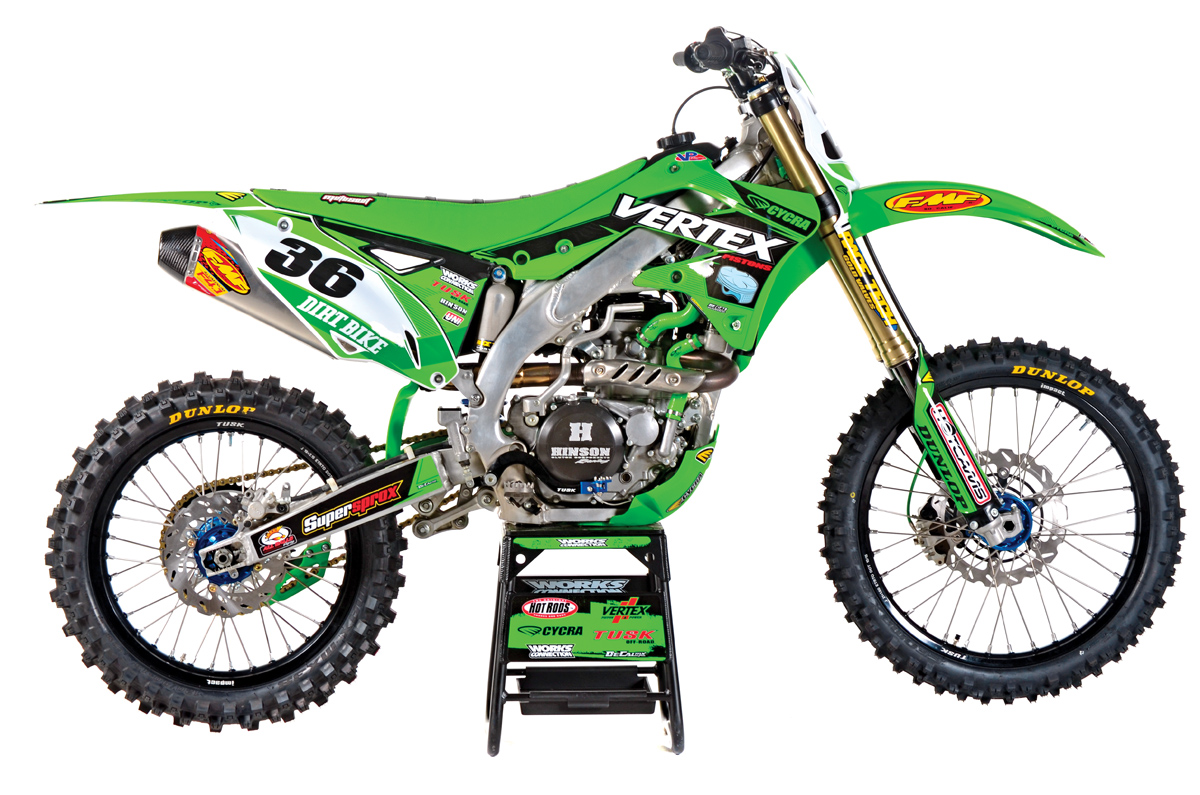 While we were at it, we replaced his bent up wheels with ones from Tusk. Altogether, the project was over $1000 less expensive than it would have been with O.E. parts. When it was all done, we put Justin Jones on it for a Milestone MX photo shoot. Watching him ride is a fringe benefit of the job. 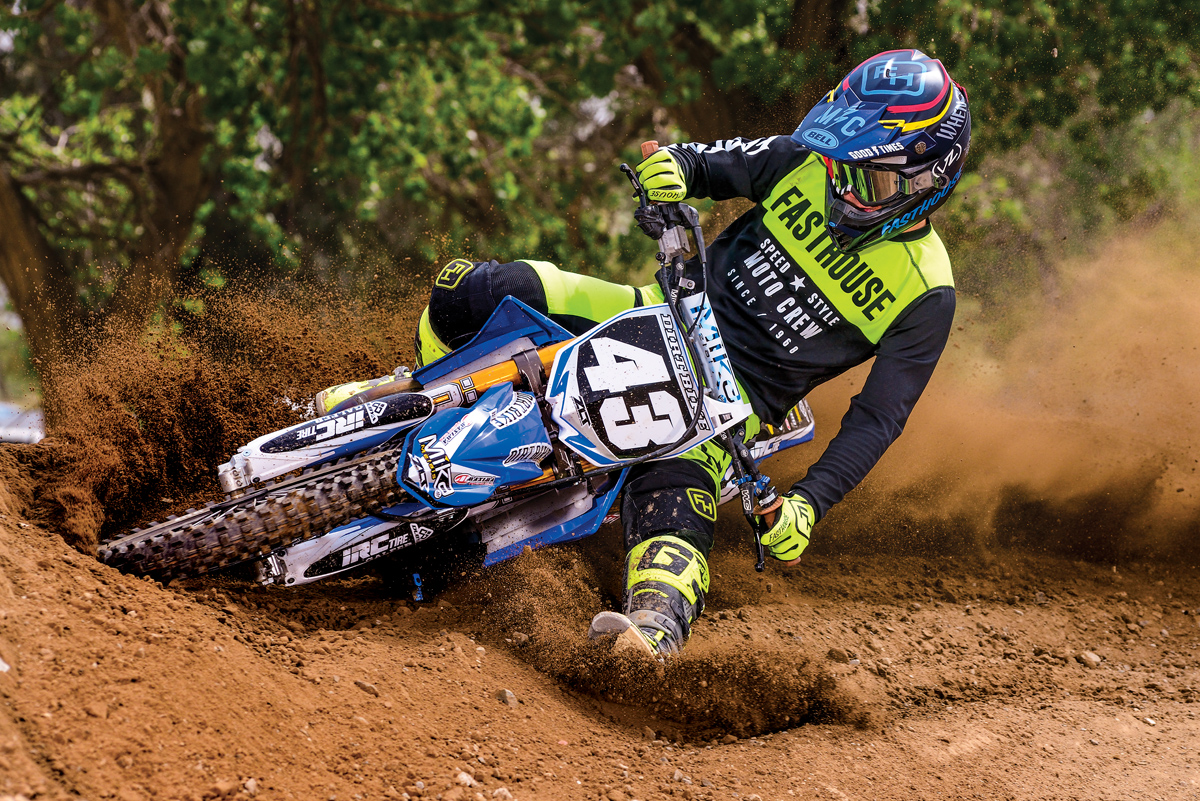 Rich Taylor is the Eks Brand Goggle man and an old friend of everyone here at Dirt Bike. One of the bikes we tested this week was built for his son, and it’s a fully built two-stroke YZ125. This bike sounds and is just plain wicked. We got Blayne Thompson off his Honda CRF450R to ride it for photos, and you could see the smile spreading right through his helmet. As 125s go, this one is built as far as possible without increasing displacement. It has a long rod kit, which is often confused with a stroker kit. The longer rod doesn’t change the stroke so the displacement is unchanged. The advantage is that it changes the angle of the rod for more efficiency. A stroker kit, on the other hand, means the crank pin is relocated farther from the center line, so the piston travels farther. As is the case with most fast 125s, the bike runs on race gas only. It’s worth it. 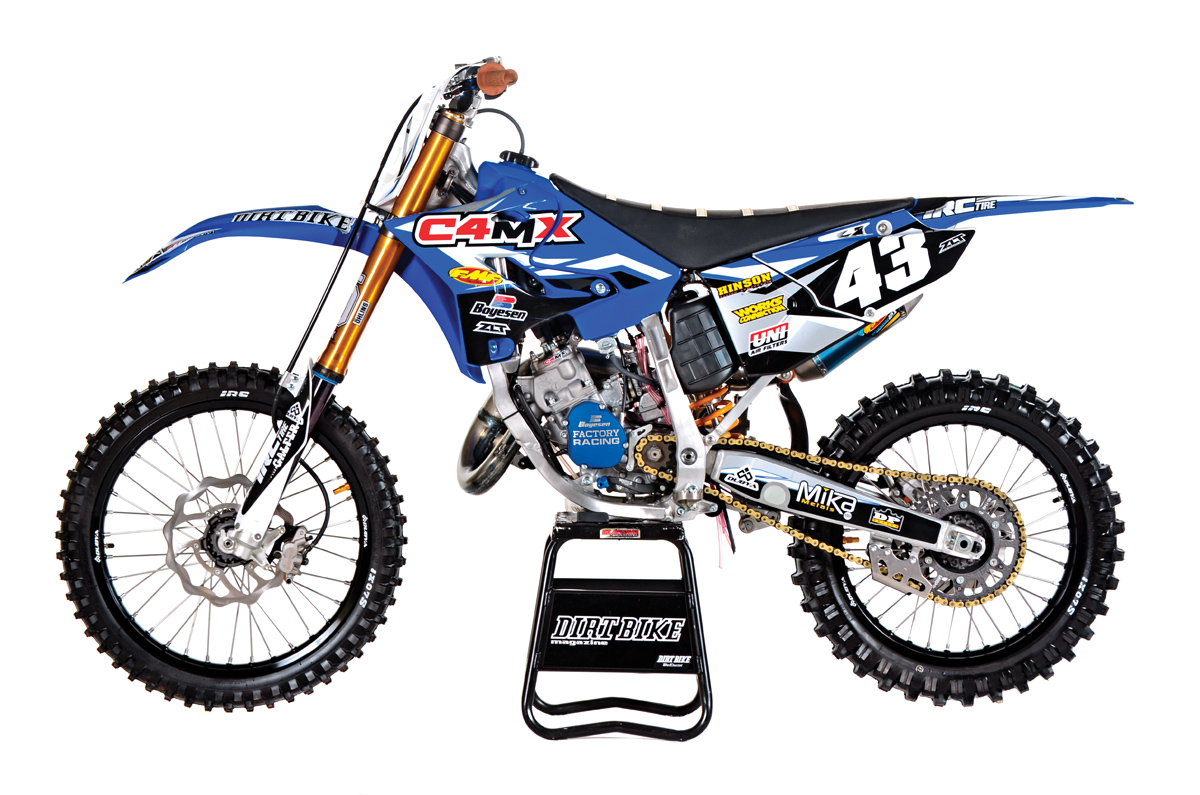 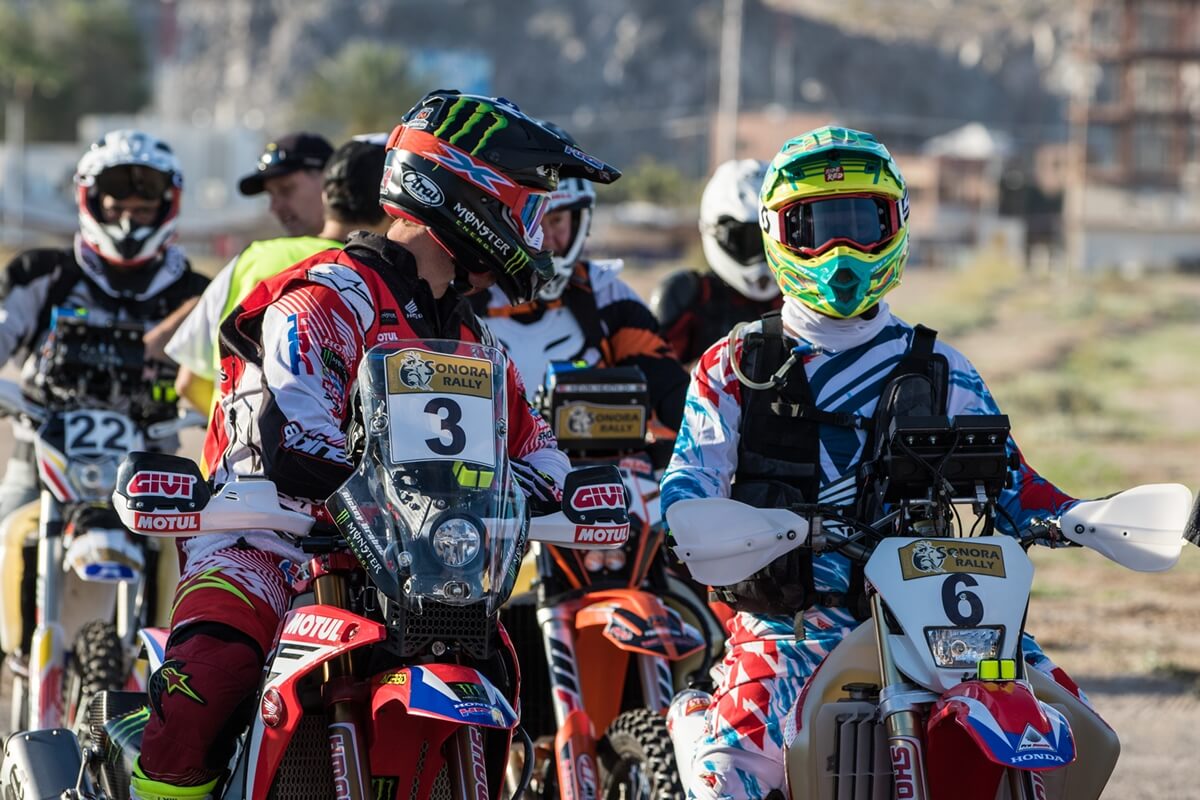 After Stage Two the Sonora Rally has reached its half way point, and Dakar veteran Ricky Brabec has extended his lead on his Honda CRF450.  “When I won a stage at Dakar earlier this year, I had no experience opening up a course.  The Sonora Rally has made me a lot more comfortable being in the front of the pack and navigating off the road book with no tracks to follow.” Unlike traditional point-to-point desert racing, the four day Sonora Rally has timed “special stages” each day that cover new terrain that is navigated only using a road book, with no GPS permitted.

For the second day, Mark Samuels finished second to Brabec.  Samuels is leading Andrew Short in the Dakar Challenge class, where the winner earns a free entry into the prestigious Dakar Rally.  “I love to trail ride,” explained Short, who recently retired after a successful career racing Supercross.  “Johnny Campbell told me that I had to come race this event and it has been like the ultimate trail ride!” 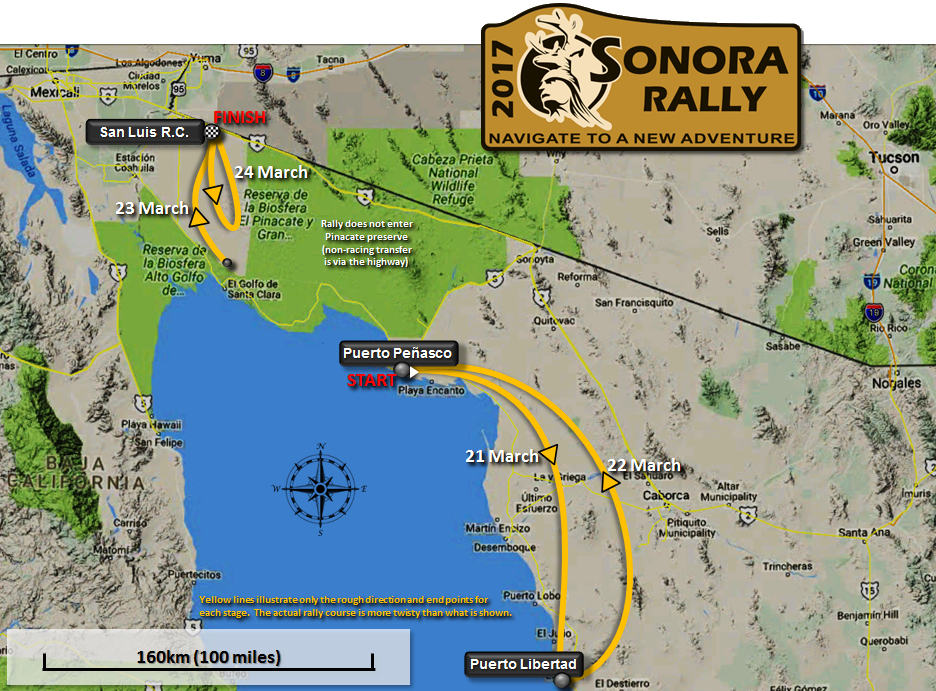 The Sonora Rally now moves into the Altar Dunes, the largest dune system in North America.  The miles of off piste (roadless) terrain in the Altar Dunes is what drew Dakar veterans Darren Skilton and Scott Whitney to this area in their creation of the Sonora Rally.  “The dunes will be the true test of man and machine,” Skilton promised. “There is still plenty of racing remaining and the navigation on the final stages is certain to shake up the standings.”

This weekend, the World Enduro Championship starts in Finland, and all the teams are lining up. Husqvarna has an excellent shot with this line up.

In Episode 3 of the Team Honda HRC’s REDefined series, Cole Seely showcases his ability to balance racing at the highest level with other hobbies and a fun personal life.

Nick Burson is the man to beat any time a race is held in Gorman, California. At round three of the Kenda/SRT Western Hare Scrambles championship, he was in control from the start. Max Gerston was second, proving he can ride outdoors as well as in EnduroCross, and Axle Pearson was third.