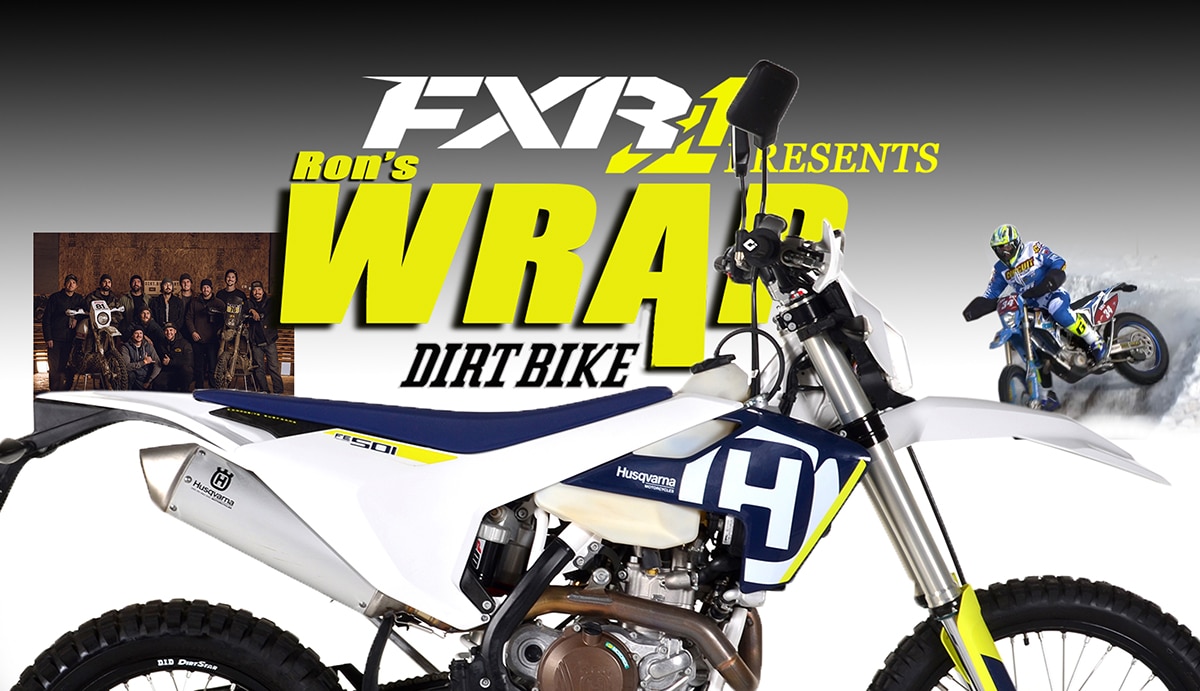 The Husqvarna FE501 was an all-new bike in 2017, and the biggest design goal for the bike was to meet all the EPA and DOT standards legitimately, without any measures that the buyer would have to disable or work around.  Husqvarna started with the same motor layout used on Jason Anderson’s 2017 factory Supercross bike–it’s a single overhead cam, four-valve engine that uses many of the same castings. One big exceptions is the displacement. The 501 measures 510cc because of an 8.6mm increase in the stroke. Another difference is the provision for a kickstarter. The FE501 doesn’t have a kickstarter as delivered, but unlike the motocross motor, there is a place to put one if you wanted. Also, the FE501 has a wide-ratio six-speed gearbox, whereas the MX bike has a five-speed. The FE is a featherweight by dual-sport standards; we weighed it at 248 pounds without fuel. 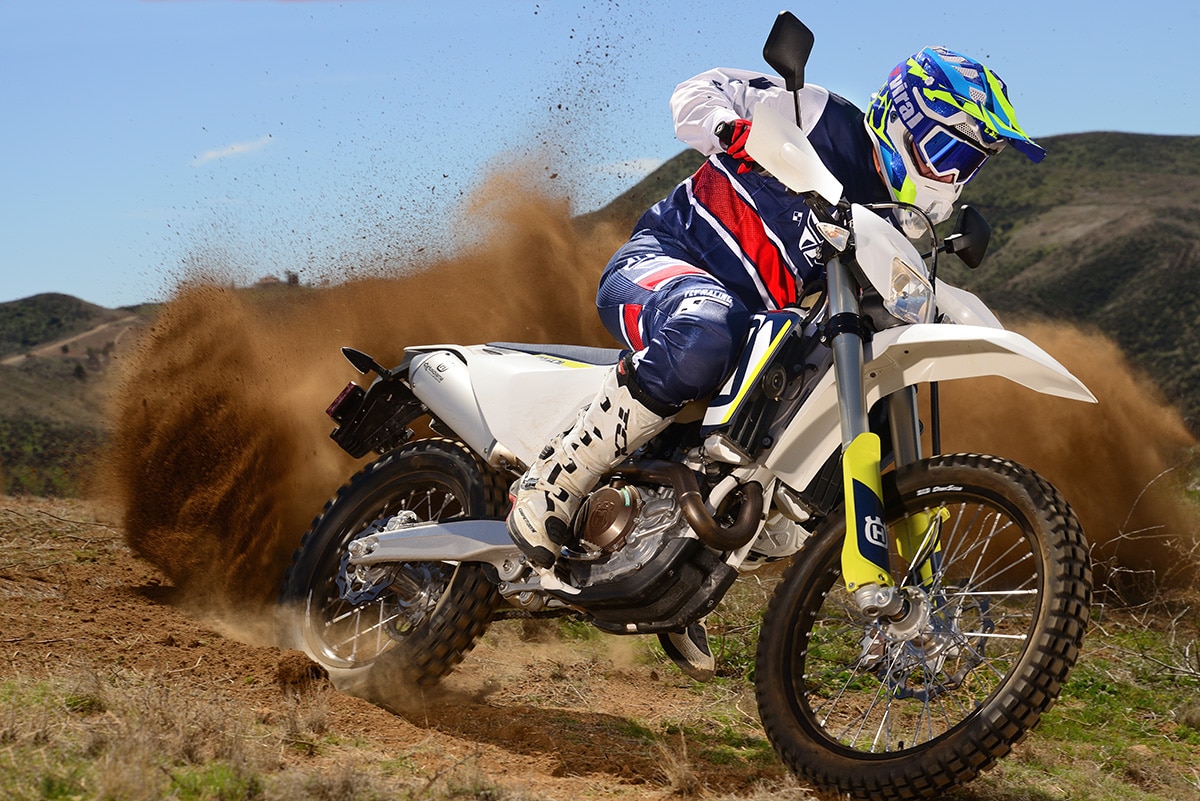 The Husky FE501 dual-sport is the only off-road oriented 500cc four-stroke in the current Husqvarna line.

In order to meet the sound requirement, Husqvarna invented some interesting technology, including the use of a reed valve between the air filter and throttle body. The engineers say that this dramatically reduces intake noise with the bonus of a slight increase in torque. As for the chassis, once again it’s very similar to that of the MX bike, aside from suspension. The WP shock is mounted to linkage in the rear and a WP Xplor 48 fork is used up front. The brakes are Magura and the tires are Continental TKC80s.

Husky did a great job of making the bike run properly in stock form. It starts easily, it doesn’t pop and rarely stalls. And it’s crazy quiet. That’s an incredible accomplishment.  In terms of horsepower, the bike still runs like a 500cc four-stroke, but it’s nowhere near as powerful as the FC450. It runs about like an open-class trail bike should, and most riders will never need more unless they want to go racing. That won’t be an unusual demand for this bike because there’s no off-road version in Husqvarna’s line. There’s only the FX450, which is almost identical to the motocross bike and too much motorcycle for most riders to take off-road.

Before messing with the motor, most riders will need better tires and stiffer suspension. The Conti tires are made primarily for the street. The Suspension is cushy and comfortable at a trail pace, but most off-road guys will need stiffer fork springs at the very least. Getting more power out of the FE is more tricky because if you just replace the pipe, the mapping will be too lean. A fuel modifier like the one from JD jetting makes the bike technically illegal for the road, but opens the door for modifications. The MSRP for the Husqvarna FE501 is $11,099. Check out the story in the June, 2018 print issue of Dirt Bike.

The Husky Good Old Times Blog has a great feature on Arne Kring this month. Kenneth Olausson put the spotlight on the Husqvarna rider from the early ’70s who had the distinction of winning a World Championship GP in his first attempt. Kring was also one of the Husky riders who came to America when motocross was in its infancy here. Click the link above to read about it.

The guys at Answer put together the Dirt Don’t Hurt project as a means to promote their new off-road gear line, called OPS. The concept was created around two project bikes built by Evan Scott of Iron Cobra Fabrication. Check them out. Here’s what Answer says about OPS:

OPS is an expansive range of off-road apparel and accessories geared toward rugged conditions where performance, comfort, and durability are non-negotiable. Through collective decades of off-road riding, our team has identified areas in which innovative product can elevate the rider’s experience. We noticed most off-road gear is re-purposed mx gear. So we decided to incorporate lightweight and durable Cordura Stretch fabrics, heat resistant aramids, Cooling fabrics from 37.5, high denier nylons, waterproof/breathable laminants, and functional storage solutions resulting in the most functional, comfortable, and tough assortment of purpose built product we could imagine. By focusing on the specific needs and real-life situations the rider may face on the trail, we are able to create outstanding product that is everything you need and nothing you don’t. 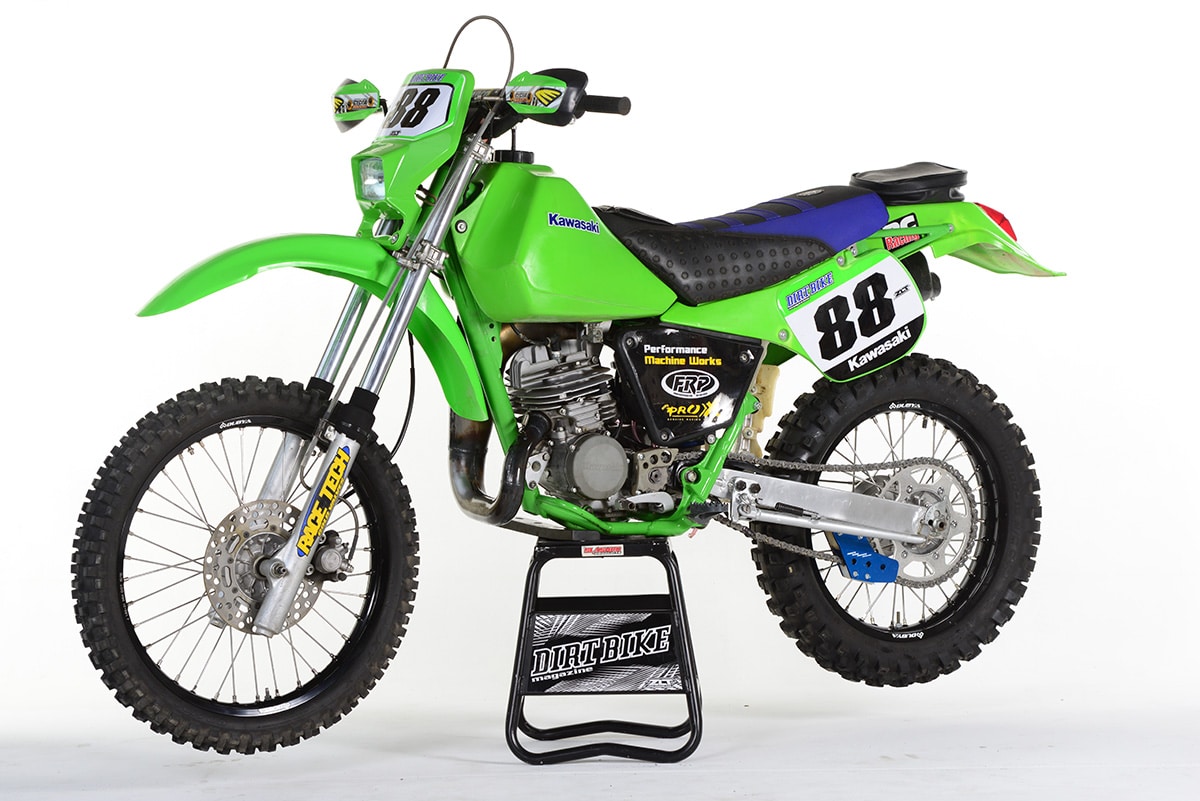 On Two-Stroke Tuesday this week, we featured the 1988 Kawasaki KDX200 that I rebuilt last year. It was a great project that was originally conceived in order to ride the ISDE in the new Revo class. It never made it to the Six Days, but I did race it in the Big 6 GP series and earned the number 2 plate in the Revo class. The original ad featuring the bike was used as a loose guide as to what the bike should look like. In the end, I gave it a more modern look. It was a fun project. 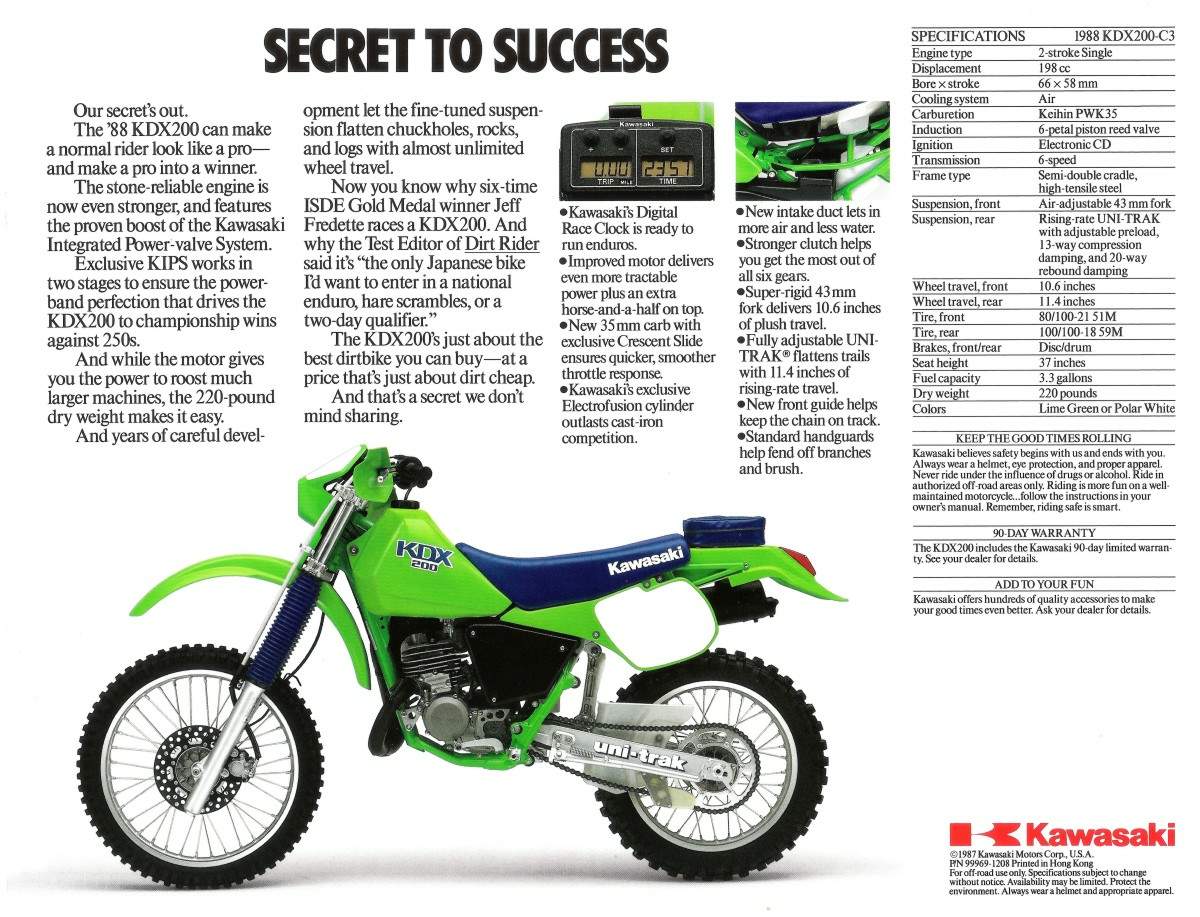 The FIM is apparently a very mean group of grumpy French men. The first round of the World Enduro GP was held in Finland last week. Studs were allowed, but only the local riders could deal with the crazy winter conditions. Beta’s World Champion Steve Holcombe was the top non-Fin, and of course Eero Remes was on top. The video is great fun.

The Red Bull Hard Enduro series has morphed into the World Enduro Super Series. There was some talk of putting the Tennessee Knock Out on the schedule for 2018, but it didn’t happen this year. Maybe in 2019.