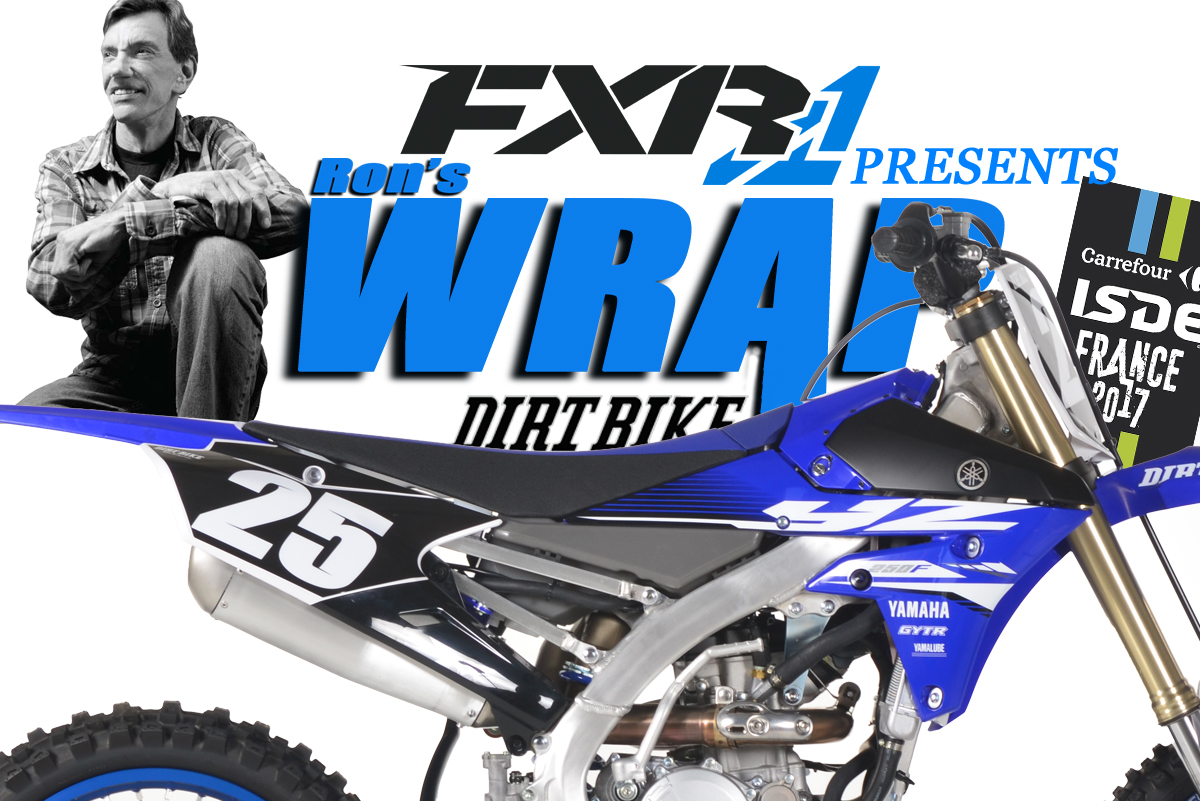 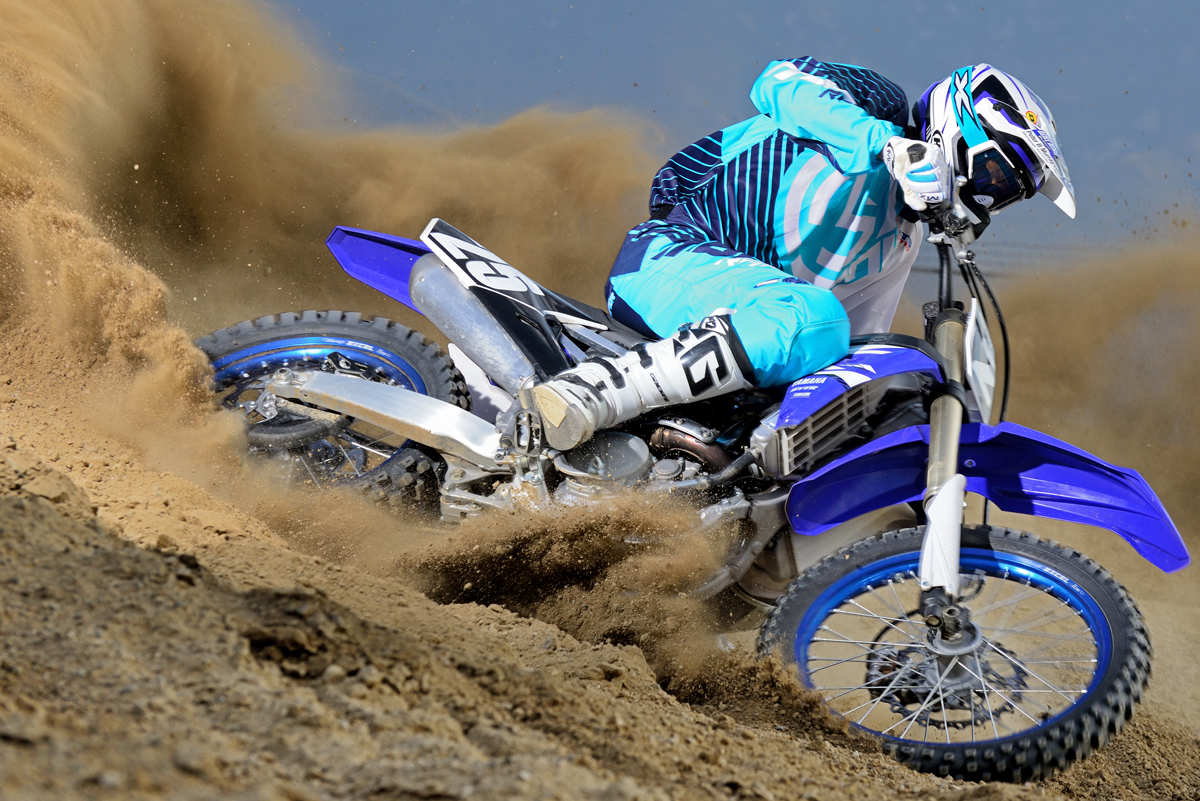 With the arrival of the 2018 Yamaha YZ450F capturing all the attention, the YZ250F was slipped under the door without much fanfare. This has been the best bike in Yamaha’s line for years and it still is. It didn’t get electric start or anything like that for 2018. In fact, the bike is mechanically unchanged–this is the first time that’s happened in years. Maybe the first time ever. It only got new graphics and blue rims. There’s also a version with white plastic that has black rims. 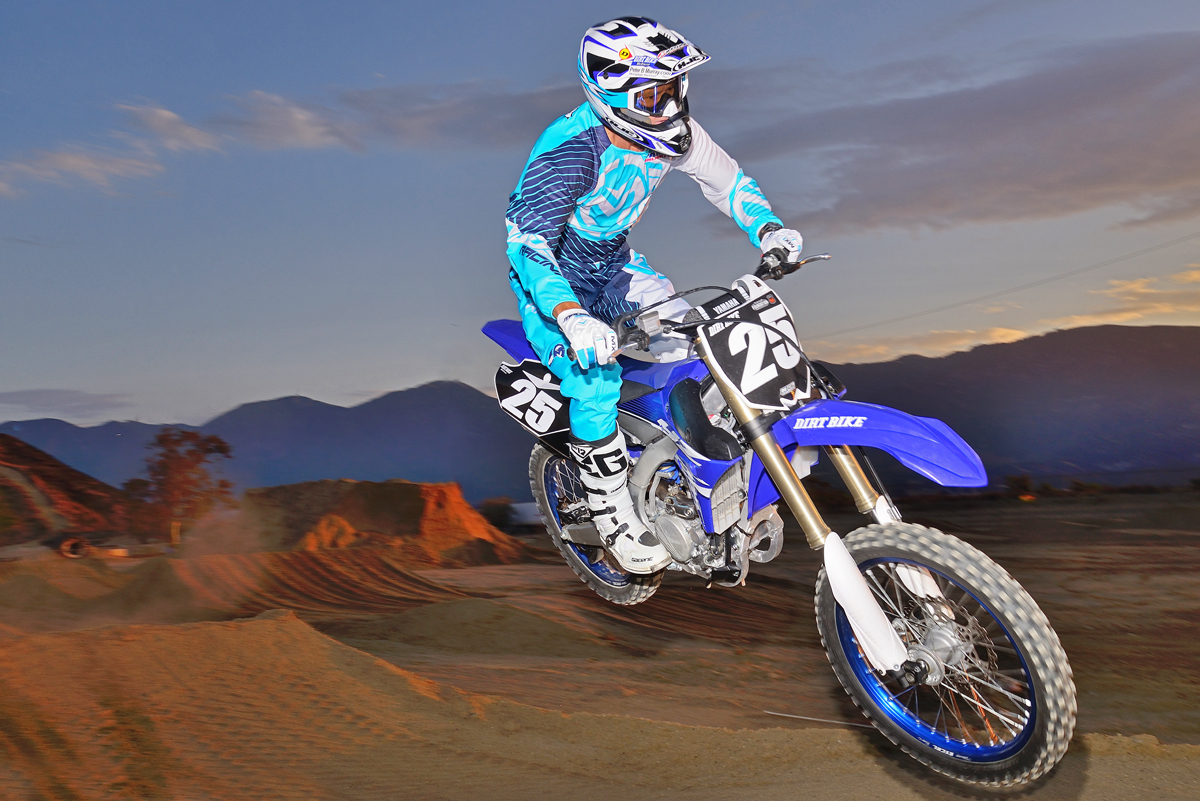 Last year, the bike had a bunch of changes, including a new head, a new crank, higher-lift cams, thicker cases and beefed-up gears. The rev limiter was changed for a more gentle let-down at max rpm. None of that changed the overall character of the bike, though. It was still the best bike in the class for the average rider. The KTM and Husqvarna had assumed the roll of class horsepower leader (they share the same motor) and that made them the pro favorites. The Yamaha had much more low end power and was easier to ride. That’s how it will pan out for 2018, too. 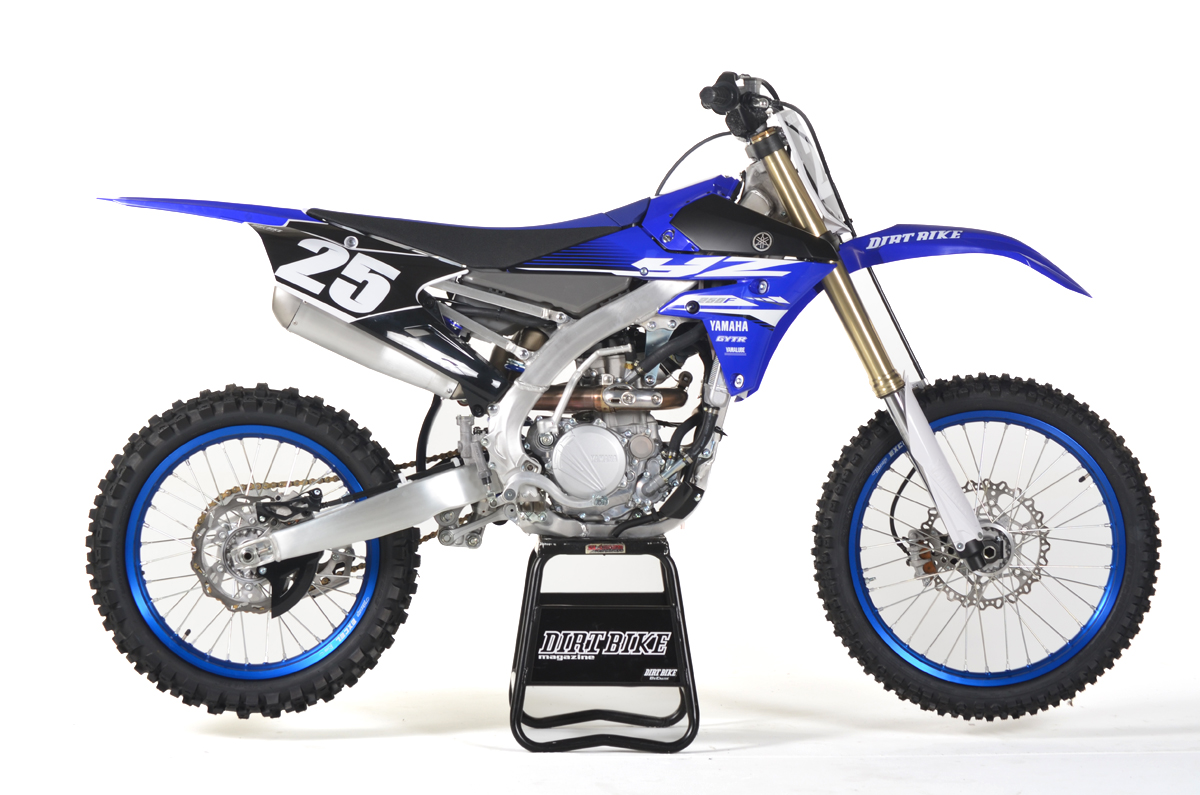 The Yamaha still has a torquey motor and it still revs out. The YZ’s true advantage in low-end power doesn’t really show up on the dyno because the Yamaha makes more power with less throttle. The dyno, remember, only measures output with the throttle wide open, but that’s now where the YZ really shines. It goes from the first crack of the gas. The Husky and KTM require a big handful and don’t really have anything to show for it until super high rpm. Then they have a very large advantage over the YZ–somewhere around three horsepower. The Yamaha’s weight is about average. It’s 222 pounds without fuel and without electric start. The word on the as-yet unreleased electric-start Honda is that it will be much heavier. The KTM had Husky are still 4 pounds lighter than the Yamaha. 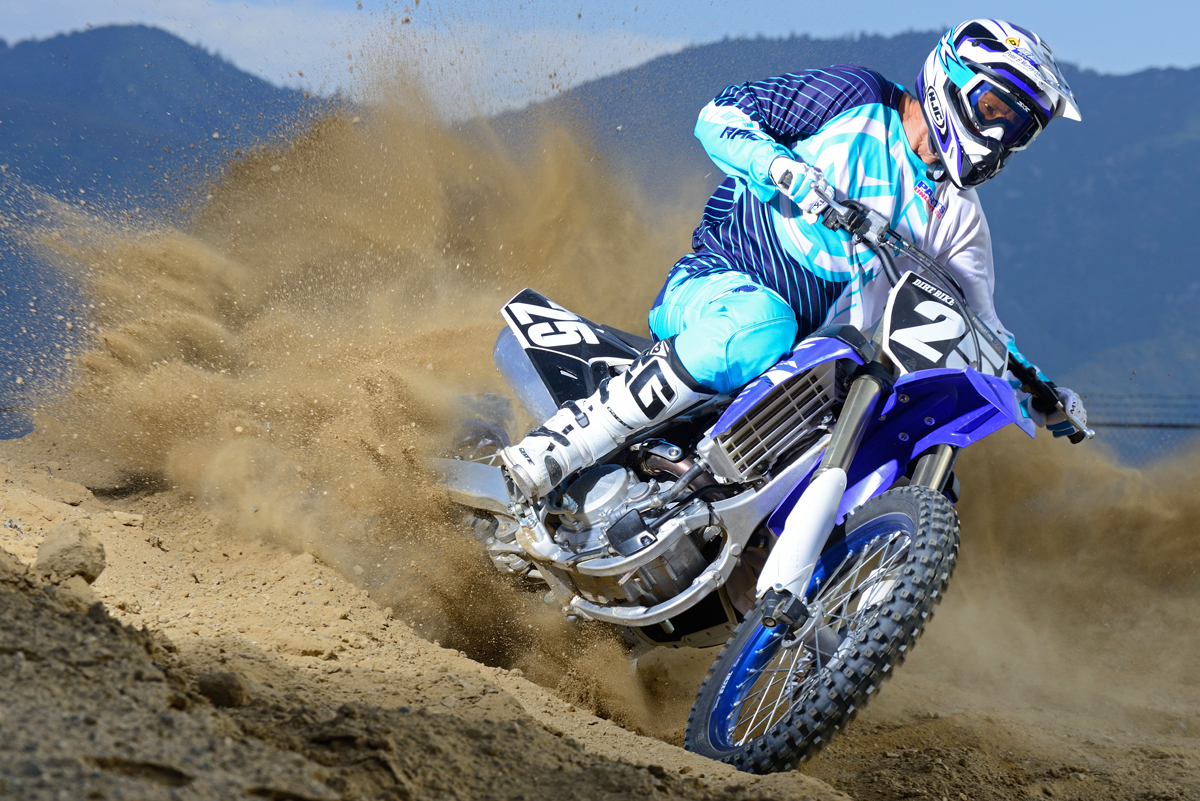 The Yamaha still has great suspension. As much as we praise the WP AER 48 fork that comes on the KTM and Husky, it’s still not as plush as the KYB coil-sporing fork on the YZ. It pleases just about everyone. If we have any criticism, it’s that it seems to be set up with a heavier rider in mind. That’s okay with us; most of our test riders are over 170 pounds, but the average 250F rider is much lighter. The full test of the 2018 Yamaha YZ250F will appear in the December print issue of Dirt Bike.

THE ISDE IN 52 MINUTES

Everyone is back home after last week’s ISDE in Brive, France. The U.S. team was dissappointed, but you need to keep that in perspective. A few years ago, we would have applauded this performance as a spectacular success. Taylor Robert won the E3 class, Ryan Sipes was second in the E1, the U.S. Woman’s team was second (its best ever) and the Junior Trophy team was third. Click on the video, lean back and enjoy the recap!

KATO AT THE ISDE 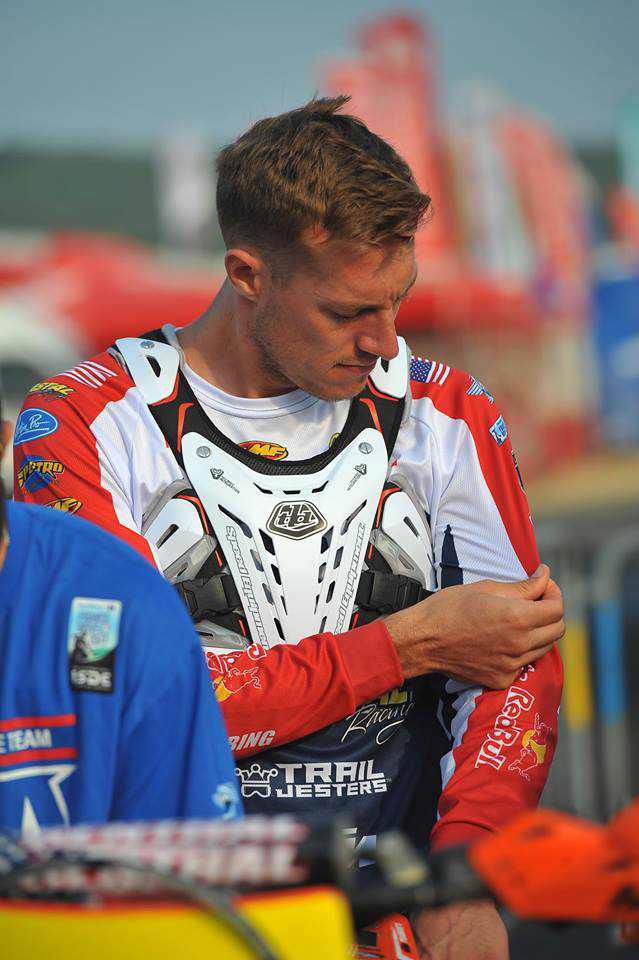 Mark Kariya never misses an ISDE and amasses a huge library of photos from each one. He not only captures the action photos that we all see in the race reports, but there’s a real story that plays out in the behind-the-scene photos he shoots. 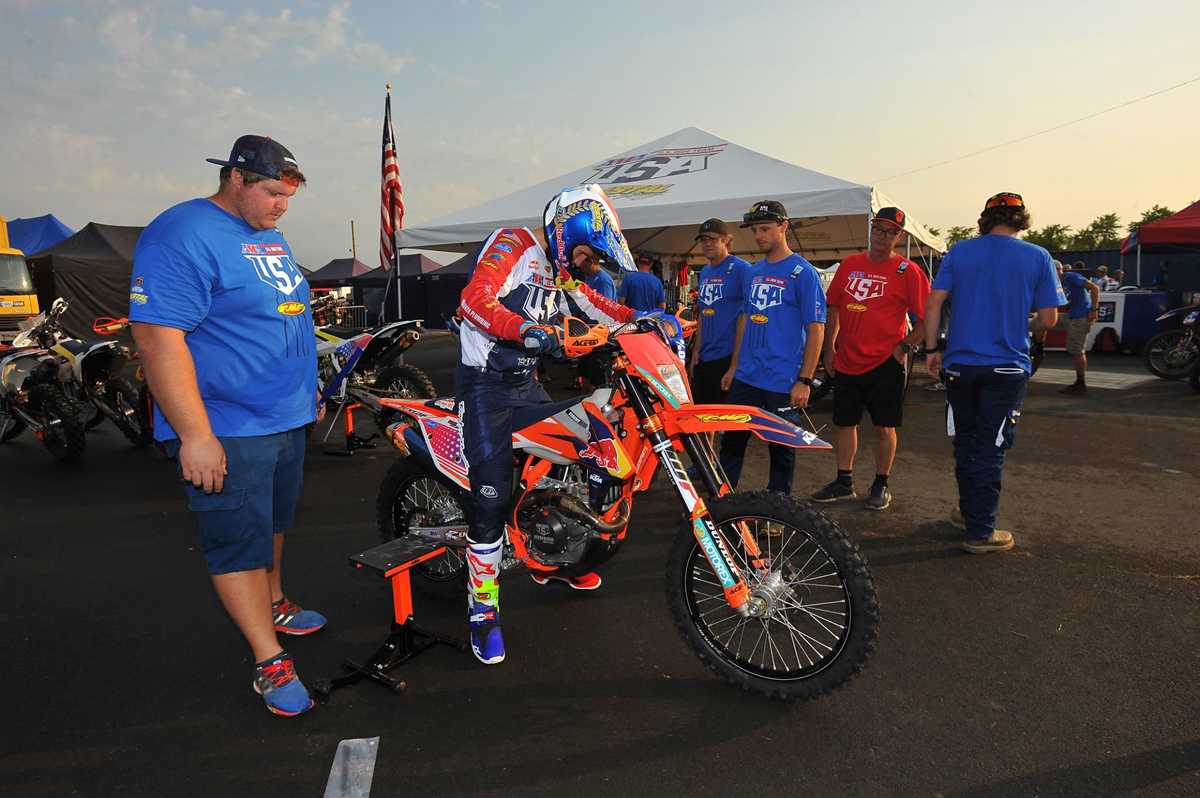 The best part is that Mark isn’t shy about sharing his work. He posts them all as he goes on his private Facebook page. This year he struggled with poor internet connection, so we didn’t get to see as many as the event unfolded, but they are up now. 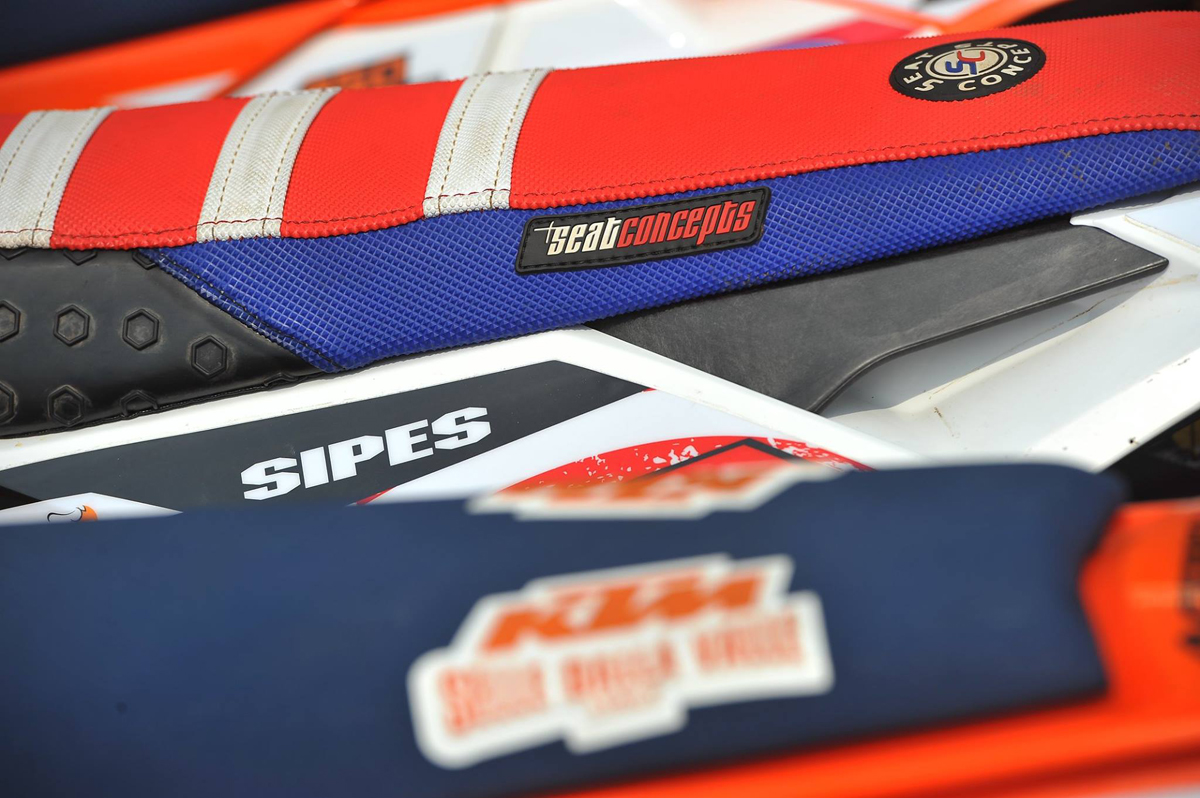 For example, just click the link for a gallery of hundreds of photos from day one. There are also galleries for other days and pre-race happenings. 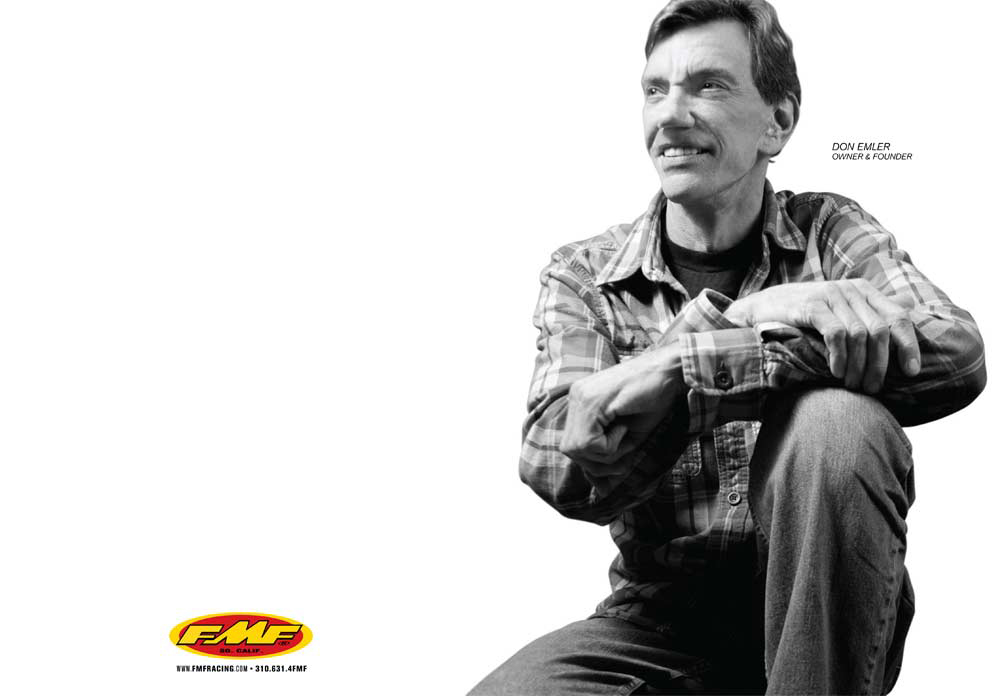 The AMA Hall of Fame Class of 2017 includes FMF Racing founder Don Emler Sr., off-road racing champion Eddie Lojak Sr., world motocross champion and Road 2 Recovery founder Bob Moore, racer and filmmaker Peter Starr and racer, team owner and publisher John Ulrich. They will be honored along with AMA Motorcycle Hall of Fame Legend Bill Werner. Suzuki Motor of America Inc. is the dinner sponsor for the 2017 AMA Motorcycle Hall of Fame Induction Ceremony on Sept. 22 during the American International Motorcycle Expo at the Greater Columbus Convention Center in Columbus, Ohio. Reservations for the induction ceremony may be made at www.americanmotorcyclist.com/induction. Tickets, which include a reception, dinner and the induction ceremony, are $130 per person, or $120 for AMA Life Members. Current AMA Motorcycle Hall of Famers can attend for no charge. All proceeds benefit the American Motorcycle Heritage Foundation, the 501(c)(3) charitable organization that raises money to support the Hall of Fame.

The Motocross of Nations will be taking place September 30 and October 1 in England. The U.S team will be Cole Seely, Thomas Covington and Zach Osborne. Roger DeCoster will be the team manager again, and it will be one of the few times that he has managed a team without any of his normal team riders (from KTM nowadays, Suzuki and Honda before that). The team has been criticized, but only by people who aren’t paying attention. Zach is on top of his game, and reports are that he rides a 450 really well. I think it’s especially cool that he has ridden the ISDE and even the MXoN before (2008 Puerto Rico). He isn’t the first to ride on both the U.S. ISDE and MXoN teams (Danny LaPorte and Mike Kiedrowski at least, have done it, but only riding the ISDE after retiring from MX). Alex Martin rode for Puetro Rico before riding on the U.S. MXoN team. But now Zach has the ultimate resume. Cole has had moments of brilliance all year. And you only need to watch the video from last week’s GP of America to see what Covington can do. 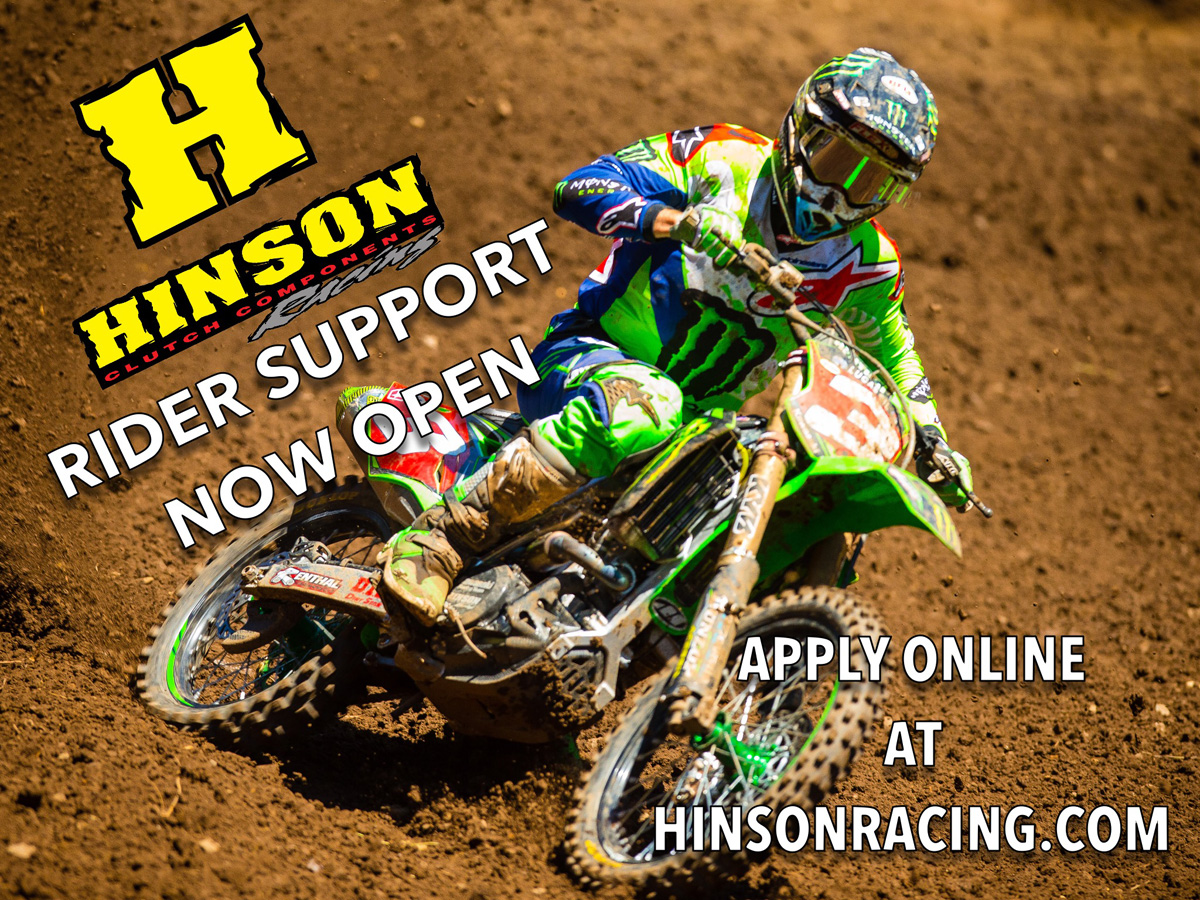 Hinson Clutch Components is now accepting resumes for the 2018 rider support season. All rider support is being handled directly through the website www.hinsonracing.com. You will apply / submit your resume by clicking the banner on our homepage where you will fill out all the necessary information. Once you have done that, you will receive an email  with further instructions. All sponsored riders will be able to shop with their discount directly on our website by logging in to their support account. Whether you need to do a quick price check on some clutch components or place an order with your discount, you’ll be able to do so with our rider support platform. To apply click the “Rider Support” banner.
See you next time,

BLAST FROM THE PAST: REX STATEN AT THE USGP