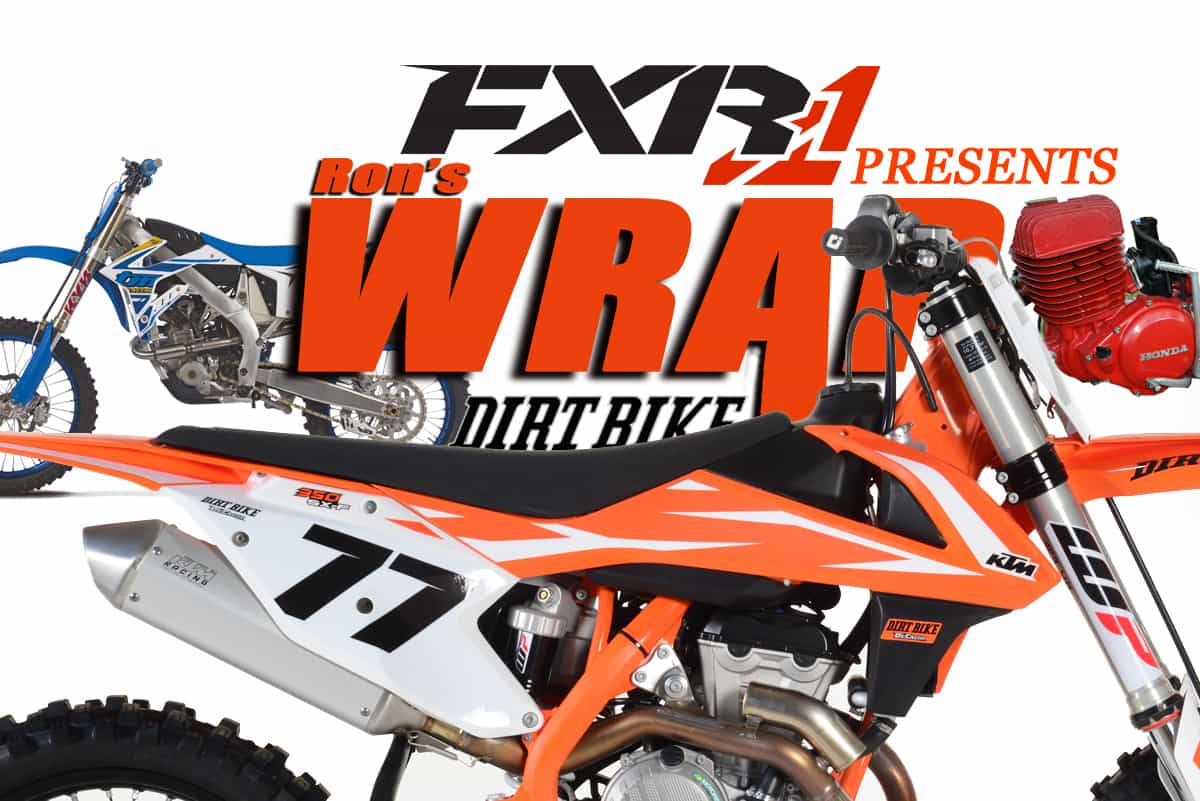 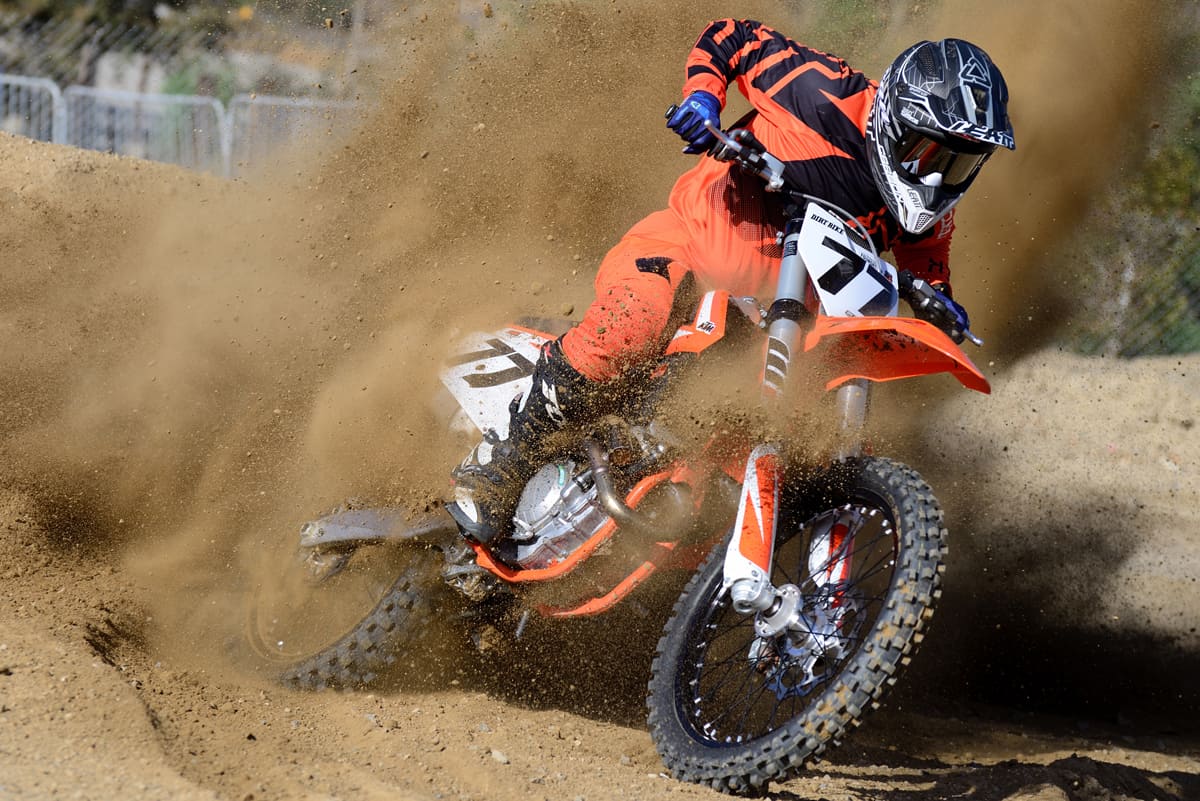 We got our first chance to ride the 2018 KTM 350SX-F this week, and it came just in time. After weeks of riding nothing but 450s for our 2018 450 MX shootout, getting on the 350 was like the MX fairy came and suddenly blessed us all with skill and youth. Everyone loves the 350. It makes you feel like you’re suddenly faster, more talented and better looking. We all know that pros like 450s because they can use all the power they can get, and normal riders like 450s because horsepower is fun in its own way, but when it comes to going around a track quickly, there isn’t anything as good as a KTM 350 for the average rider. 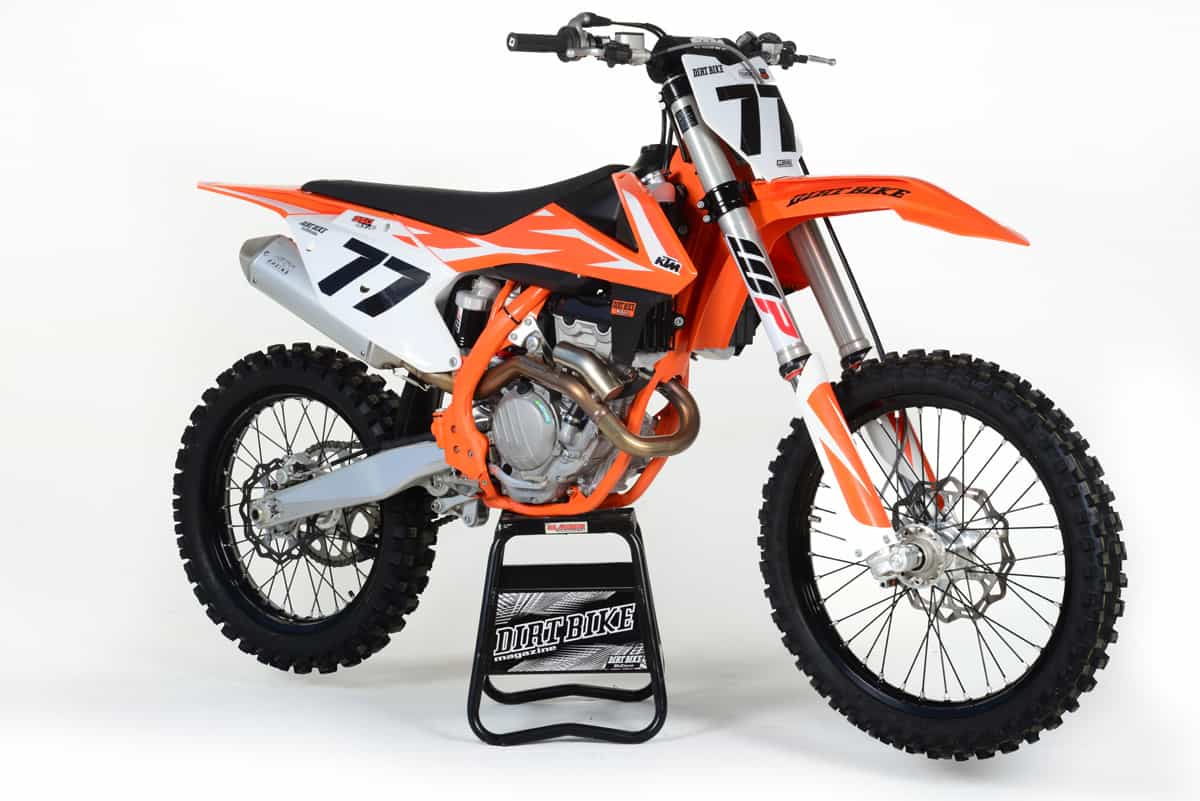 This year, the 350 didn’t get much in the way of change. KTM’s R&D department was working hard all year on the fuel-injected two-strokes, so the four-stroke MX bikes just got a little attention to the suspension, a new battery and new cosmetics. The frame is orange again, which almost everyone likes better.  It’s interesting that the 350 is 222 pounds, which is only three pounds lighter than the 450. If feels more like 20 pounds, but that’s the nature of horsepower–it makes a bike feel heavier than it is. The rotational mass of the crank and flywheel also add to the feeling of weight. On the dyno, the 350 makes as much peak power as some 450s. There’s a much bigger difference in peak torque, where the 350 is 20 percent lower. That discrepancy simply demonstrates the mathematical relationship between horsepower and torque. The formula is torque in foot-pounds times rpm, divided by 5252. That’s why you always see the horsepower and torque curves cross at 5252 rpm. The bottom line is that rpm is figured into the equation, and the 350 turns more rpm than any 450. 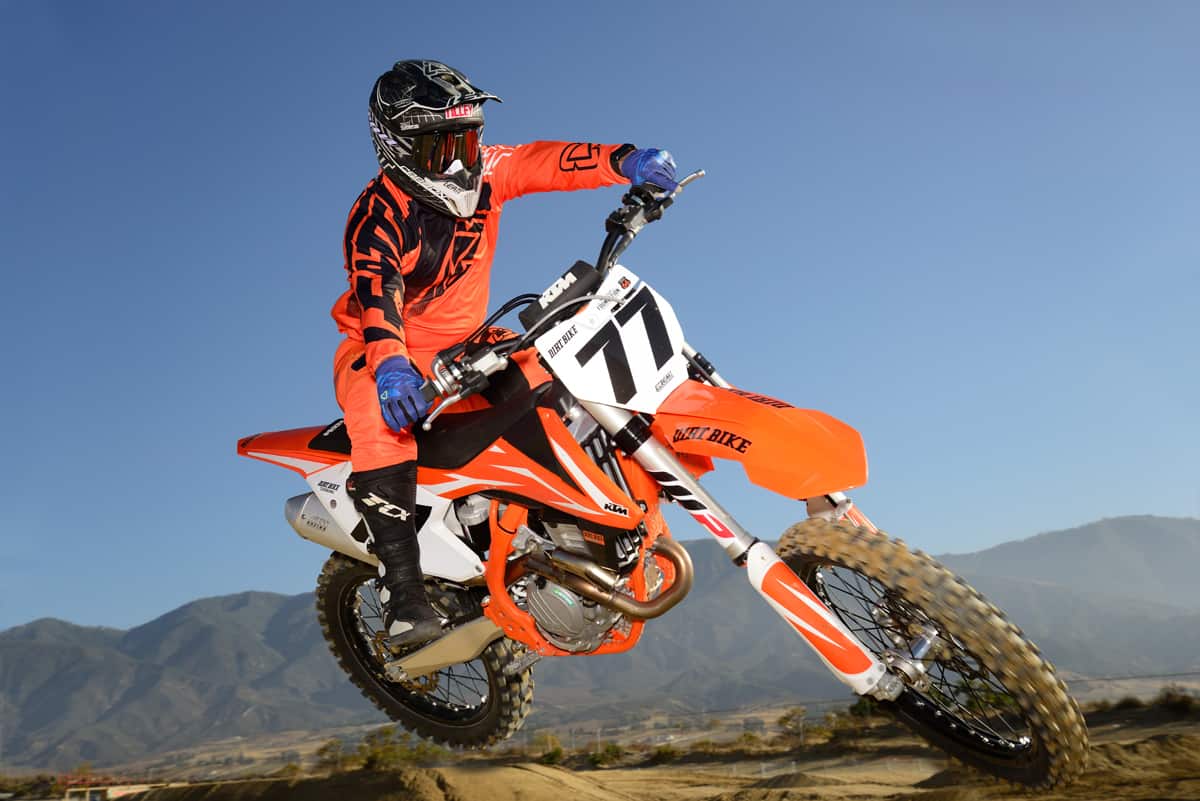 All that isn’t to say that horsepower is a bogus number. It’s actually a pretty good representation of the work that a motor accomplishes. A KTM 350 really will accelerate just as fast as some 450s if the rider revs it out. So why don’t we put the 350 into the 450 shootout? In my book, it would win. In reality, it appeals to a different rider. Pro riders would have dramatically different results from amateurs. It’s best to leave apples with apples and oranges with oranges. The full test of the KTM 350SX-F will appear in the December, 2017 print issue of Dirt Bike.

The guys at TM motorcycles just released photos of their new bikes. We already reported what was coming, but this is the first look at photos. The biggest news is a new motor for the 250F motocross bike. It still doesn’t have electric start, but the word is that it’s really light. All of the bikes got lighter frames. 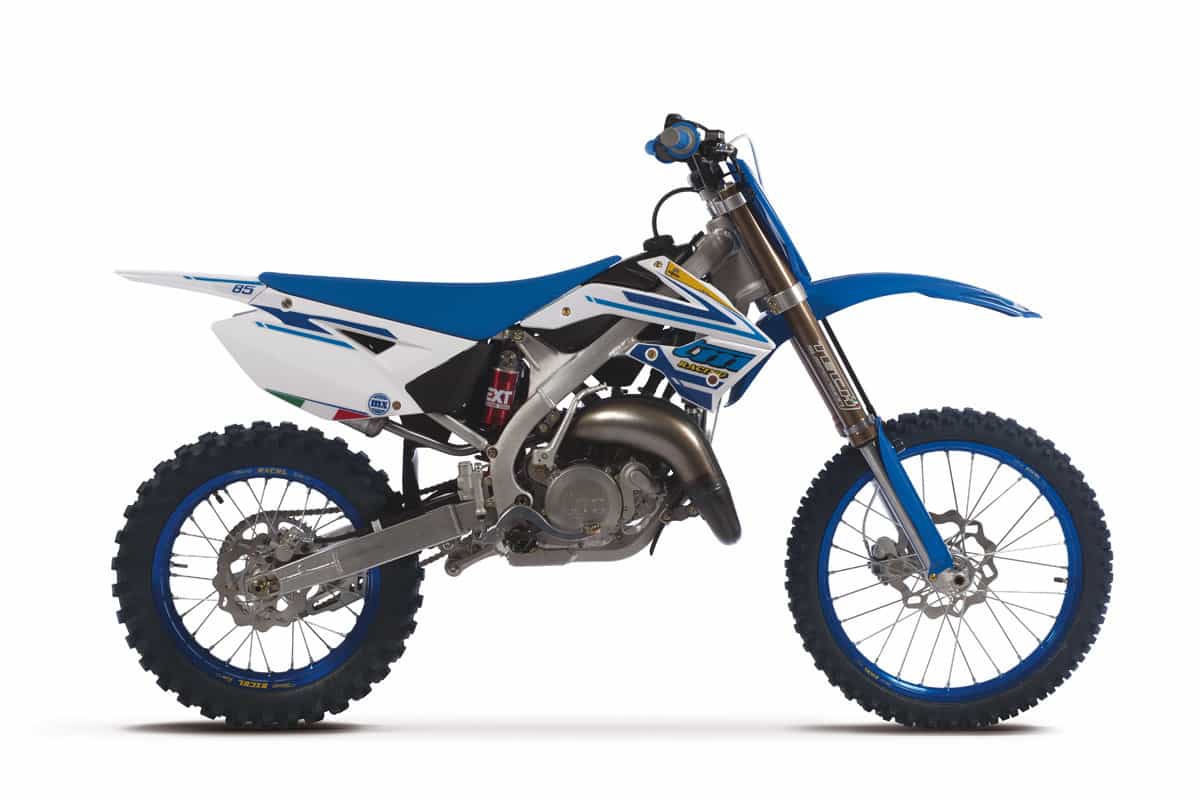 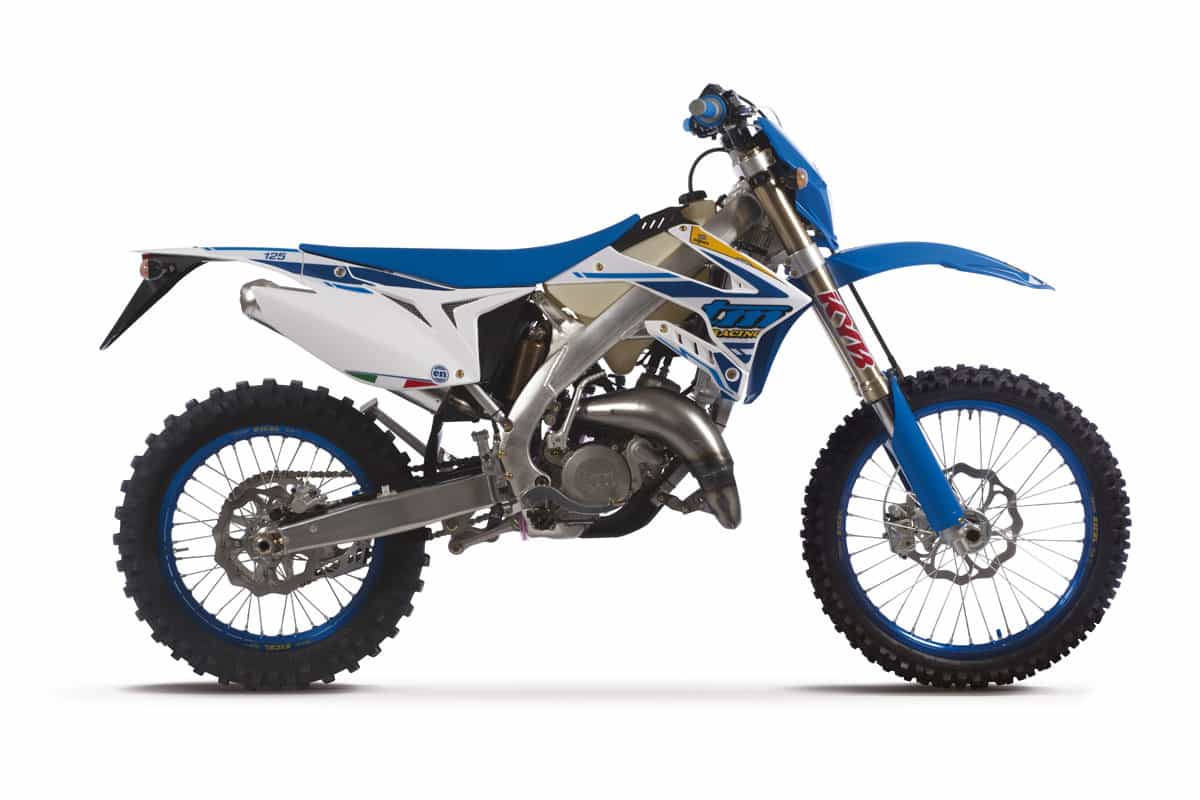 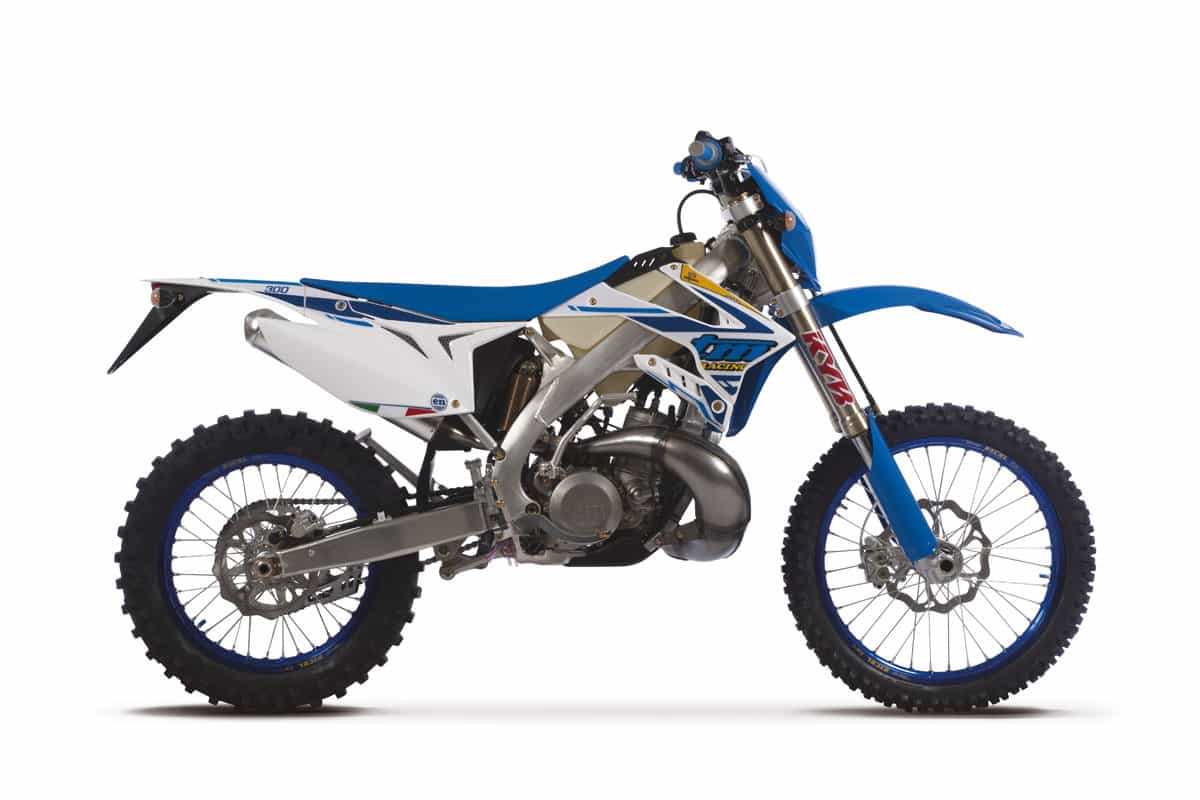 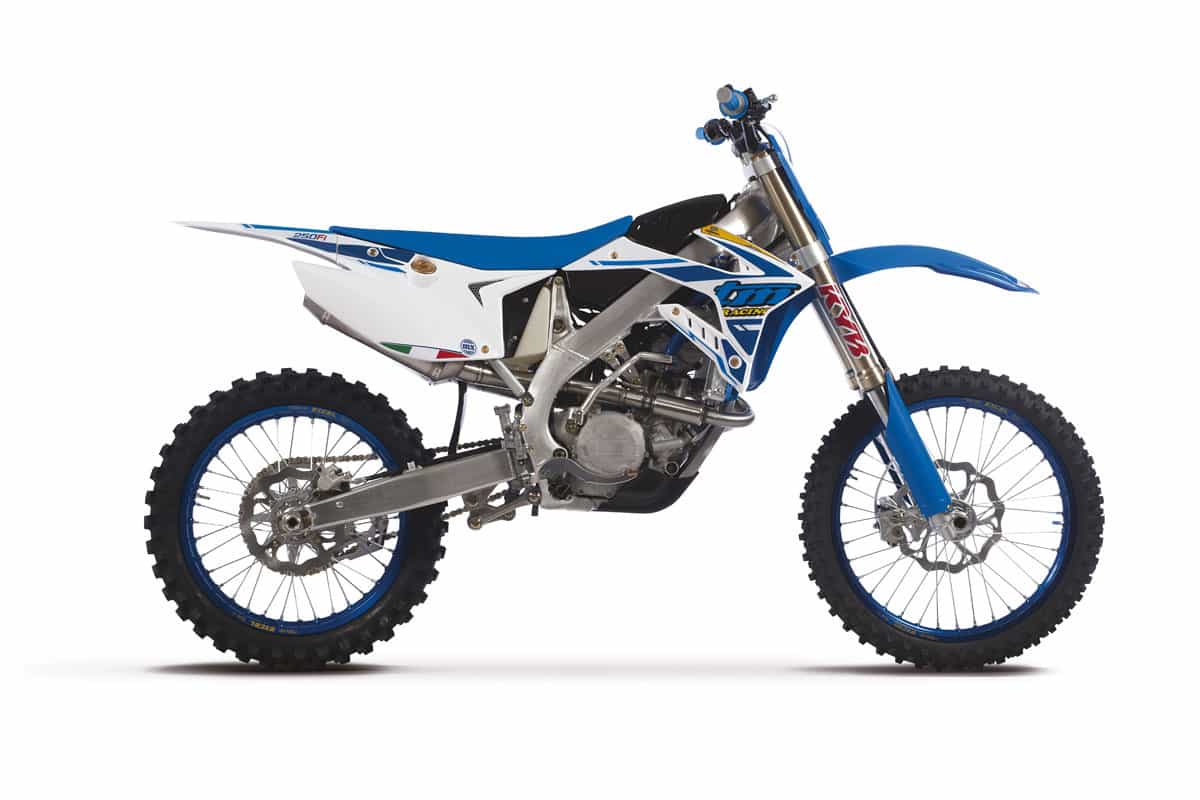 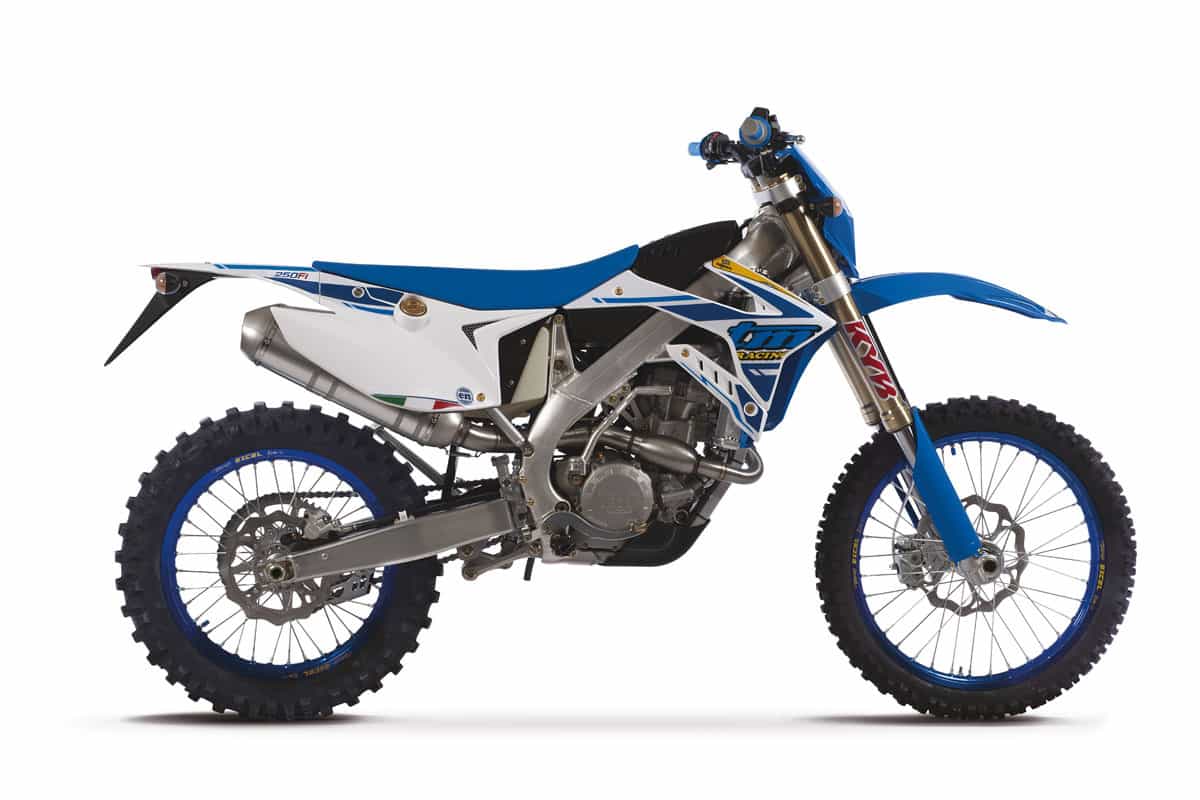 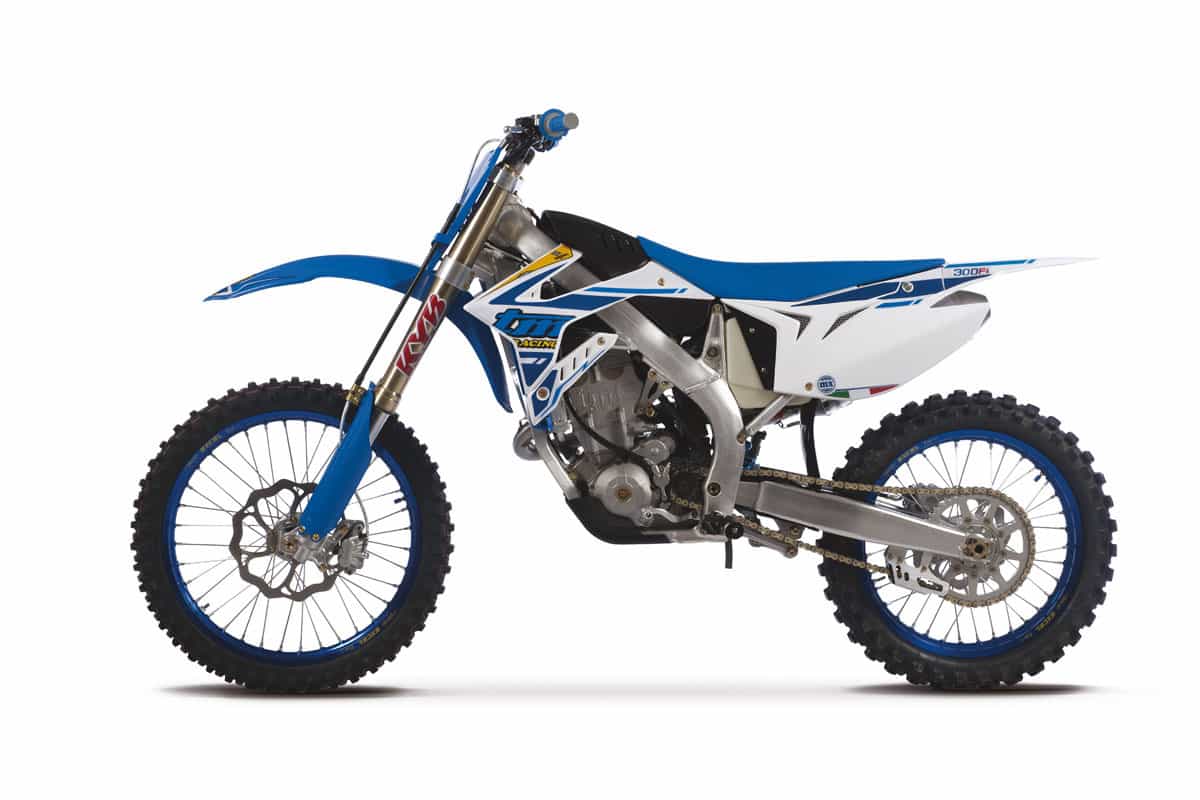 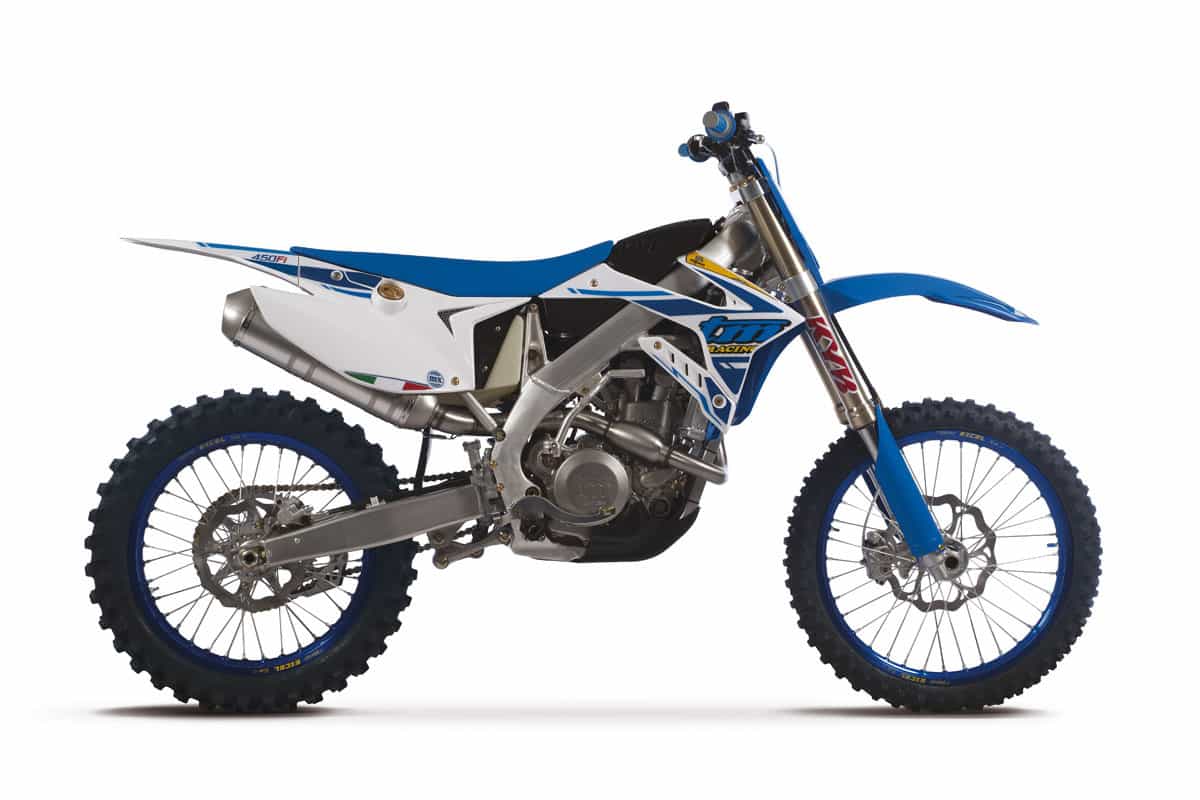 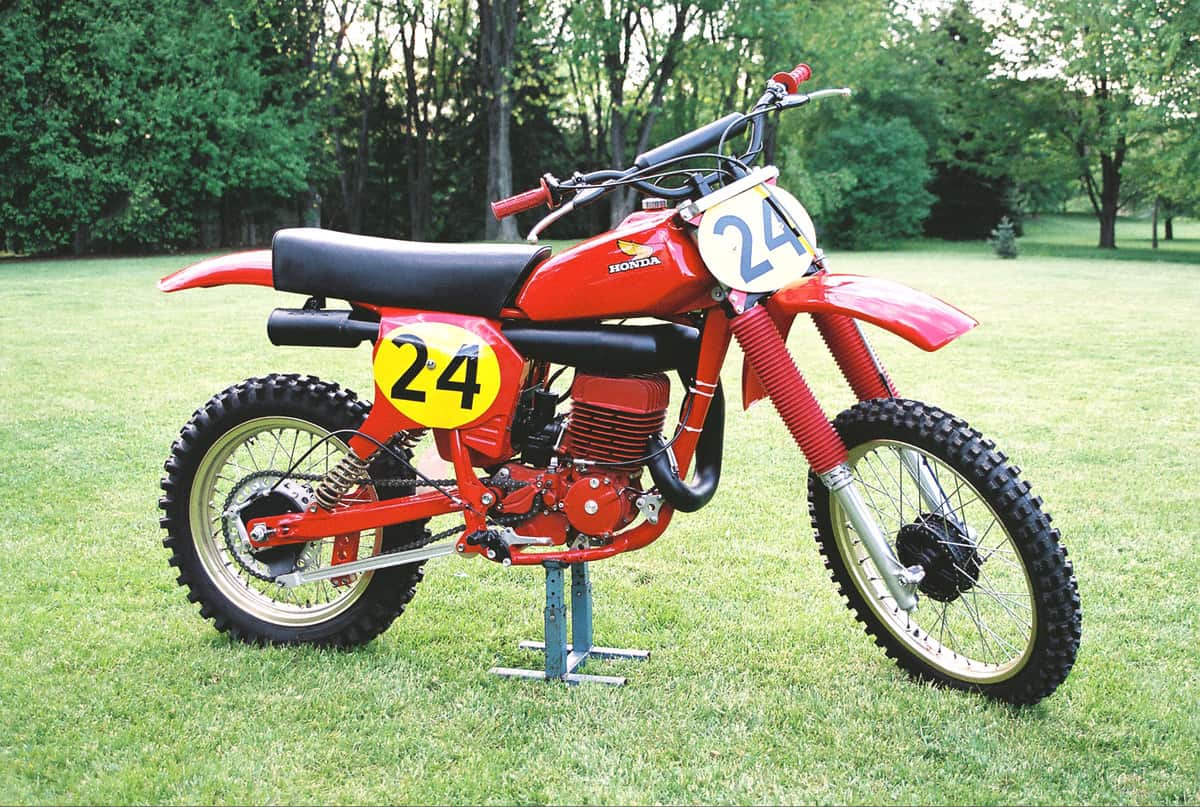 The 1976 RC500A1E Type II that Pierre Karmakers introduced at the Italian Grand Prix in ’76 was probably the most exotic motocross bike ever seen at that point. This bike was featured about 10 years ago in Dirt Bike, courtesy of owner/collector Terry Good. The Type II Hondas represented an all out-effort to win professional MX, both in America and in Europe. The problem was that in America we had a claiming rule, which allowed privateers to “claim” a factory bike and take it home for very little. The crankshaft alone in this bike cost over $10,000 to make! 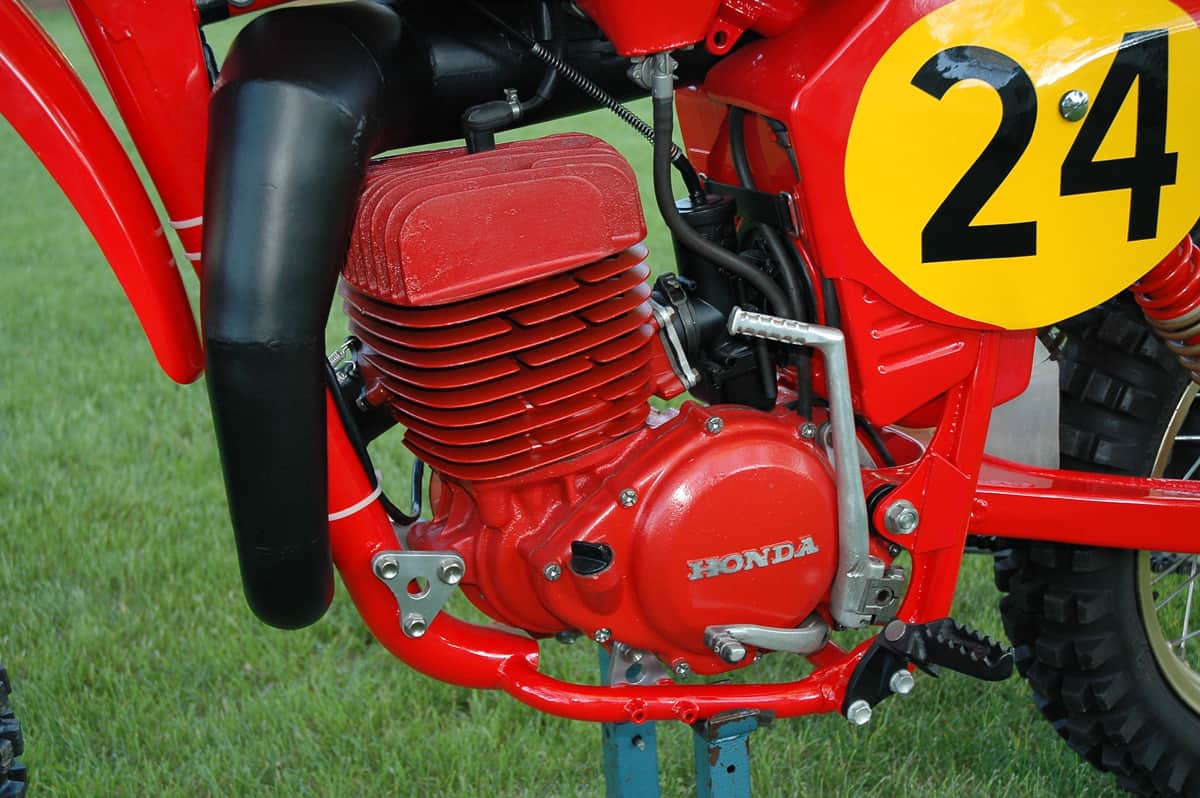 As a result, we didn’t get to see the Type II Hondas race often over here. In Europe, this motorcycle made quite a splash. Karsmakers couldn’t get the bike started for his first moto in Italy that year because of an incorrect spark plug. He got on the track late and passed the leader (none other than Roger DeCoster), but was still a lap down at the finish. He won the second moto easily. The whole story is on Terry Good’s website, www.MXworksbike.com. Click on the top image for a direct link. 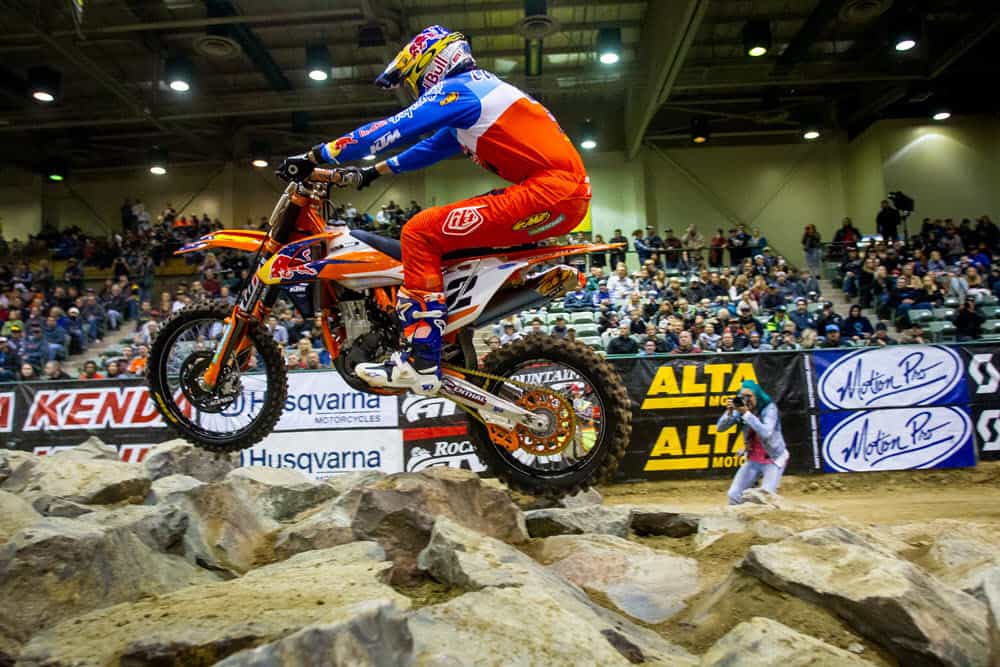 This weekend is the thrid round of the EnduroCross season, and it looks like bad news for defending champ Colton Haaker. He won the first round, but struggled through a painful injury in round two to finish third. Here’s what he posted afterward:

This week has been rough to say the least!

The morning of the last race in Reno I woke up with a swollen elbow. Got the race done Saturday night, but with it obviously infected I went to the ER Sunday morning. After blood and fluid samples, and updated shots we left the ER with nothing conclusive. They put me on some antibiotics. The next two days on the ABX the swelling, tenderness and pain increased. The mobility went down. Fever and chills next. Back to the ER this time in SoCal…they again find nothing. I see Dr. Alexander, an orthopedic surgeon that knows me well, and we get an MRI. That evening we conclude I have septic bursitis. It is an infection of the bursa sac in the elbow curable through surgery and heavy IV ABX. As of right now I don’t know exactly if I am going to be in Denver or not. Infection is no joke and if it gets in your bloodstream or joint it is really bad news.

Hoping to see everyone in Denver, but can’t guarantee anything at this point. Just want to thank all the doctors, nurses and everyone I saw that has helped me so far.

Leatt just showed us its new line of GPX gear, including some very cool off-road jackets. Video is just candy, but clicking on the image below will take to to the full line. 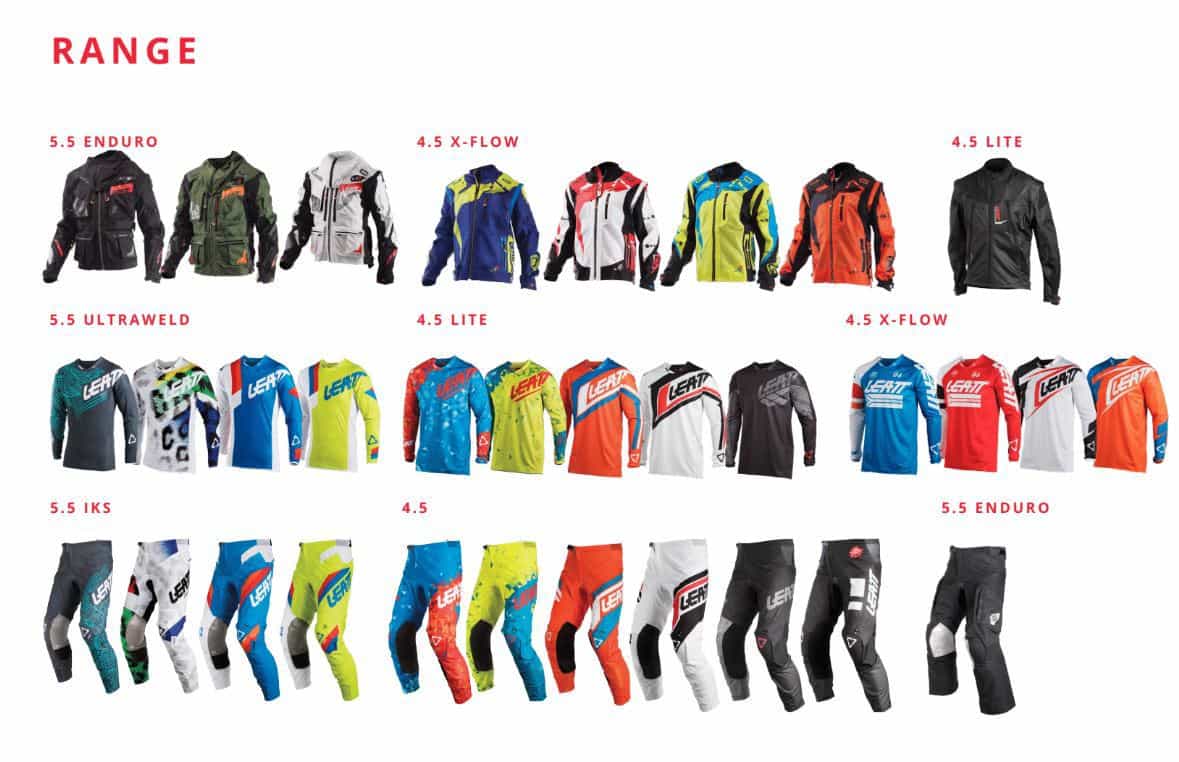 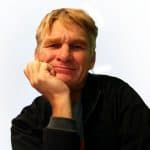