FRIDAY WRAP UP: RETURN OF THE KLX250 DUAL-SPORT 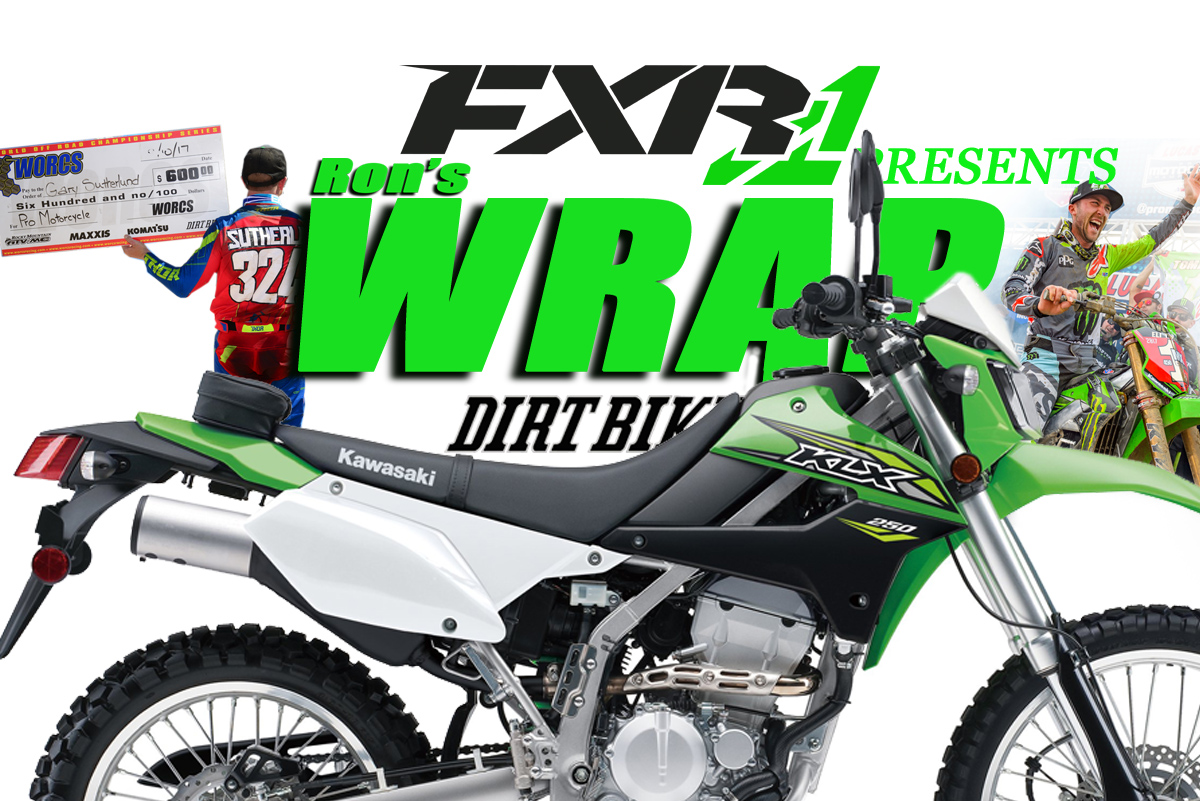 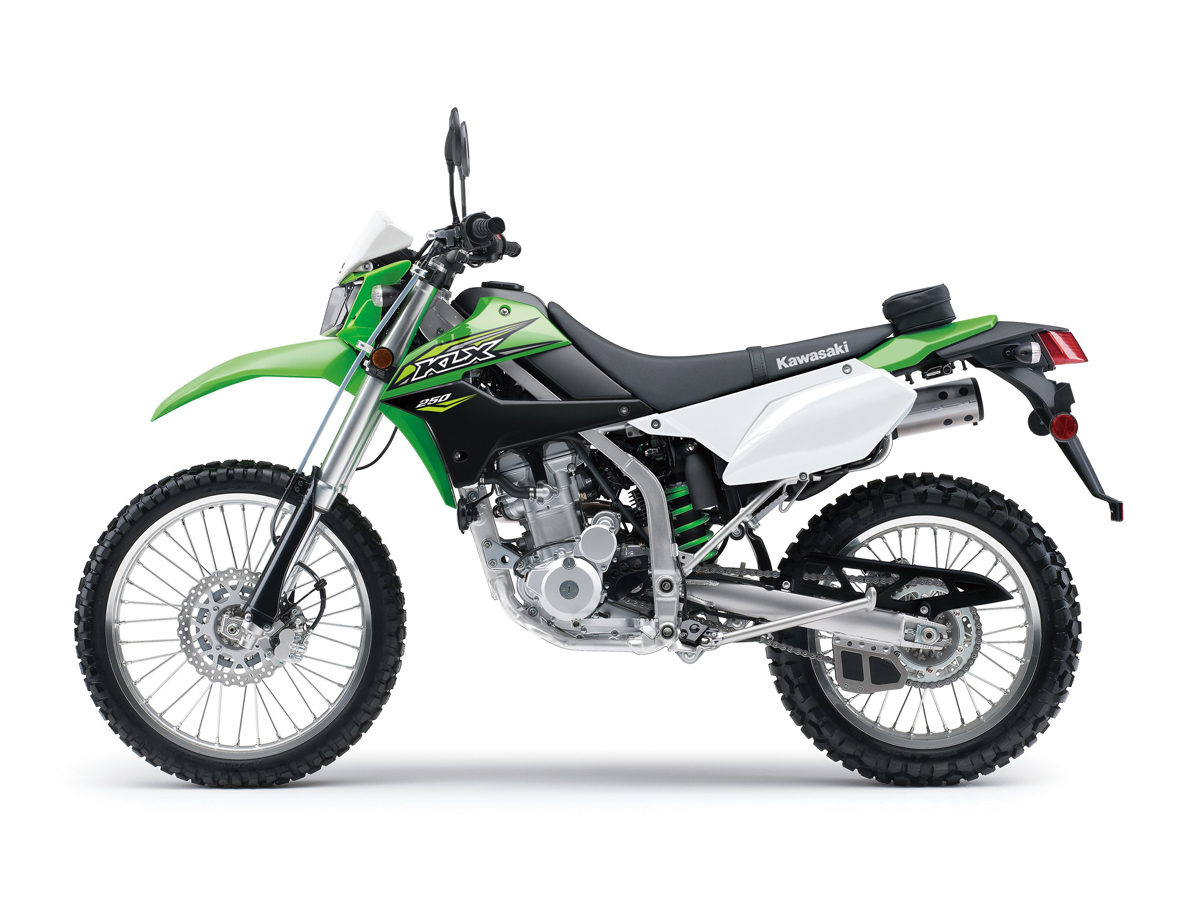 This week Kawasaki announced the 2018 KLX250S dual-sport bike. This is a great bike from a few years back that just got a remake. It has a new look, fuel injection and a price that is pretty impressive: $5349. For $200 more there’s a Matrix Gray edition. 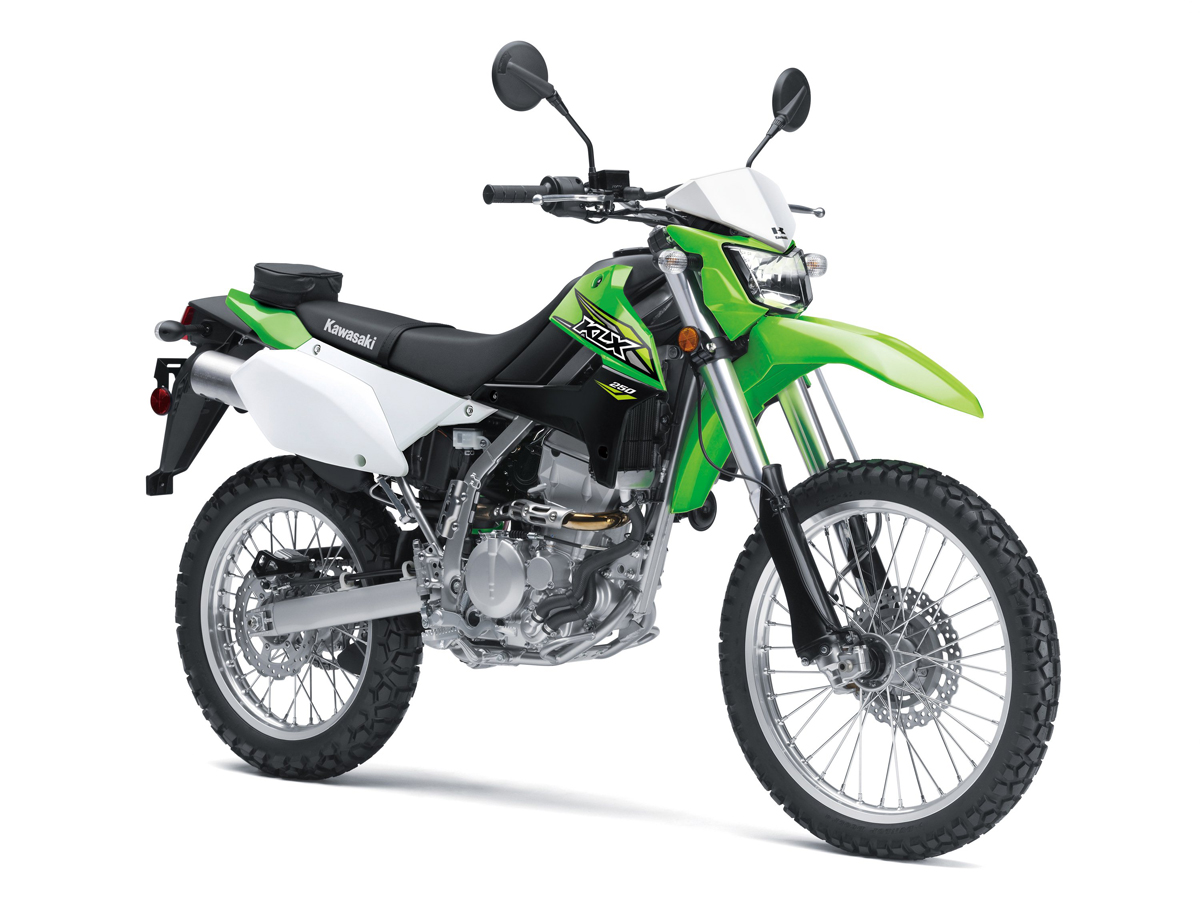 The KLX was a staple in the Kawasaki line for years, and even did some time in the Marines. In 2014 it vanished from the line, but then Honda’s CRF250L really took off. That’s the biggest reason for its return with EFI. Kawasaki decided to one-up the Honda by giving the KLX real suspension with clickers and everything. It will be available in October. 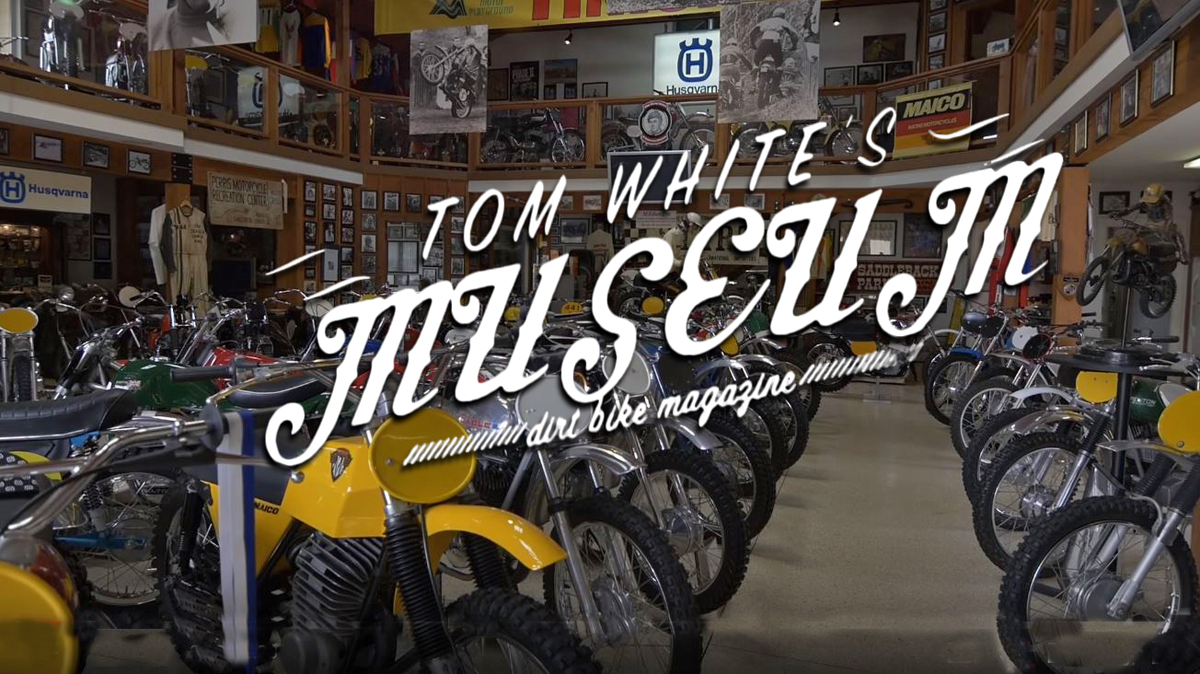 Our video editor Travis Fant just completed the first edition of a new series called “Tom White’s Museum.” You can check it out by licking the image above. I got the idea from Jay Leno’s Garage, which I love. This is what Jay Leno does in his post-Tonight Show life, and it allows him to share his passion with collecting cars and motorcycles in fairly high-quality videos. The biggest difference is that Jay takes his cars for a drive around the block. We can’t really do that with Tom’s bikes. His neighbors and the police in Villa Park wouldn’t understand. The first episode deals with a Hallman TT500. There are three more videos in the can and more that are planned. Tom has no shortage of great material. 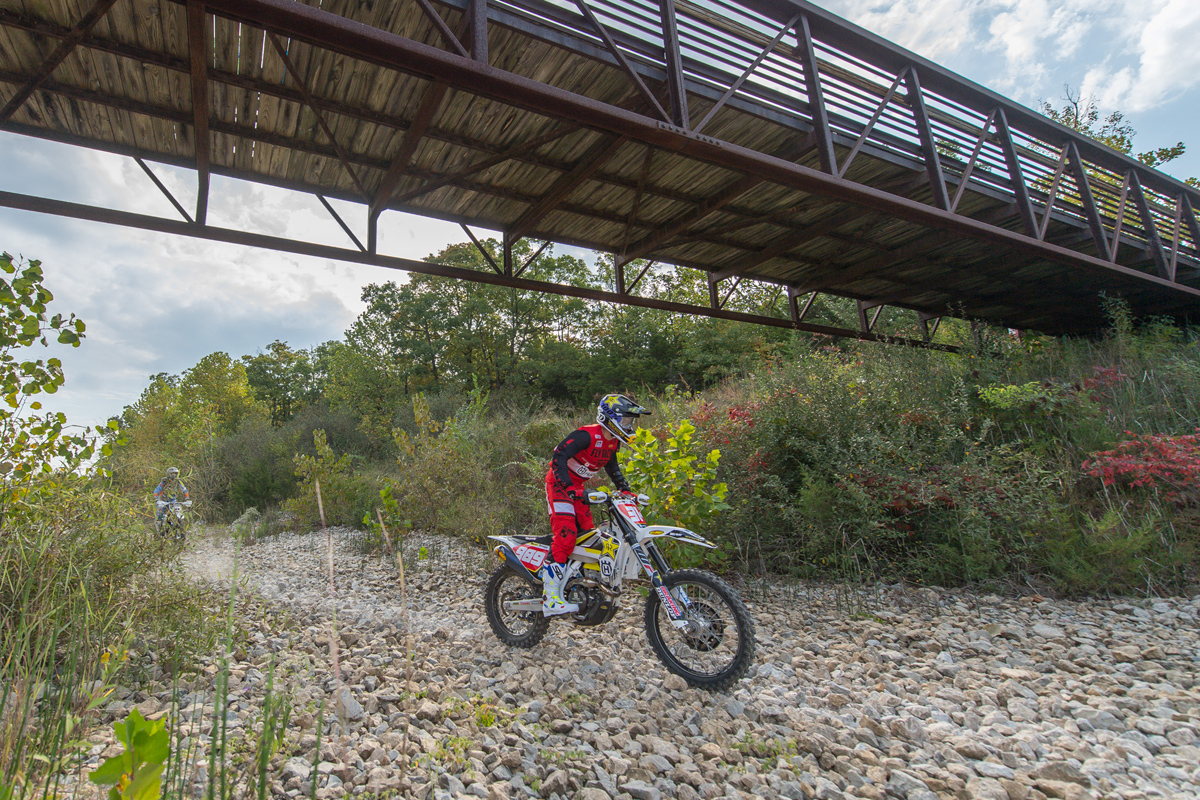 Thad Duvall is offering the only real drama at the end of the 2017 off-road championship season. He left for the ISDE in Frace with a realistic chance at winning both the GNCC series and the National Enduro Series. He came back with an injured wrist and a season in jeopardy. The GNCC series was the first casualty. He missed Unadilla and watched series leader Kailub Russell take the win. Now Kailub sits with a 32 point lead (more than a race win) and three rounds left. Third place Stewart Baylor also has missed races and is more than 60 points back, so it’s looking like a Kailub runaway. The National Enduro series is a different story. Thad wrapped up his wrist, finished third and kept a slim points lead there. Baylor is riding really well, so the two remaining rounds will decide the season. 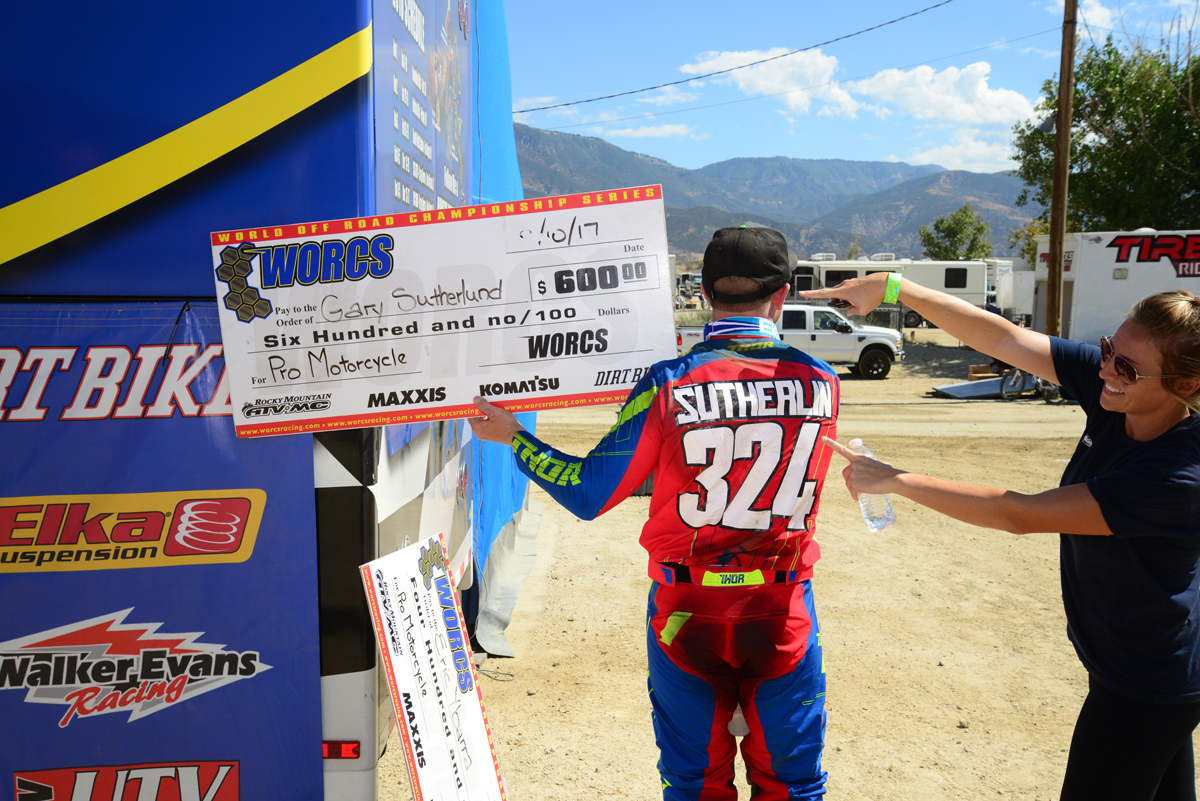 The Rocky Mtn ATV WORCS series is a little weird this year, too. Taylor Robert has won every round he’s entered, but he was injured most of the year. That means Gary Sutherlin is the runaway leader. Justin Seeds is the only rider with a mathematical chance to beat Sutherlin, who only has to finish 16th or better in the final round. Dante Oliveira has already wrapped up the Pro 2s. It’s a similar story in the Kenda/SRT National Hare & Hound series. Sutherlin has finished on the podium in every single round, while Ricky Brabec and Taylor Robert have both missed two rounds apiece. Now, Sutherlin sits with a 33 point lead and two rounds left. Big 6 Racing looks pretty good for Ox’s Zach Bell, who has a 19 point lead. But there are three rounds left and both Trevor Stewart and Blayne Thompson have a shot. EnduroCross is just getting started, with round two this week. 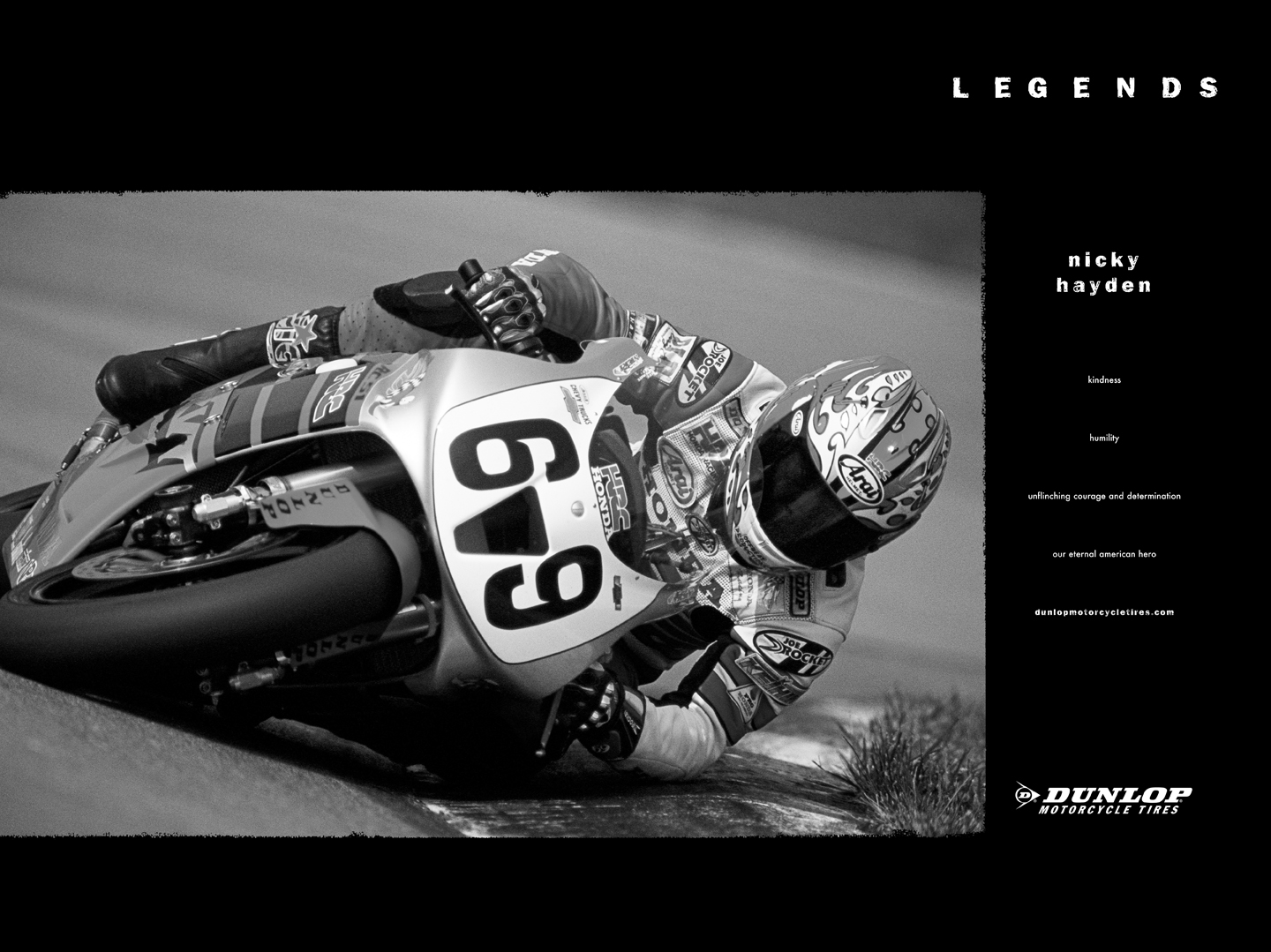 Nicky Hayden was one of the most beloved racers the world has ever known. His great morality, respect for everyone, kindness, dedication and true love of racing will never be forgotten.

To pay tribute to Nicky, Dunlop has made him a part of the iconic Legends poster series, a program to honor racing heroes. Nicky’s poster features an amazing photograph taken by Tom Riles during Nicky’s run at the 2002 AMA Superbike championship. It perfectly captures the ferocity and commitment of Nicky’s never-give-in riding style.

In addition to his love of racing, Nicky also loved his home town of Owensboro, Kentucky, and was very active in various charities. He loved to give back, especially to the children in his local community. In his honor, the Hayden family has set up the Nicky Hayden Memorial Fund. Nicky’s Legends poster is available for $29.00 plus shipping through the Hayden Brothers General Store (http://www.haydenbrosgeneralstore.com), with proceeds going to his memorial fund. Posters will begin shipping the first week of October. More information about his fund can be found here https://cflfund.net/netcommunity/hayden.

“Most people probably didn’t know Nicky dedicated so much of his time to charity, but knowing Nicky it shouldn’t surprise anyone,” said Mike Buckley, Dunlop Motorcycle’s Vice President of Sales and Marketing. “He had a big heart, and through this program we can help continue to give back in Nicky’s honor.”

About The Dunlop Legends Program 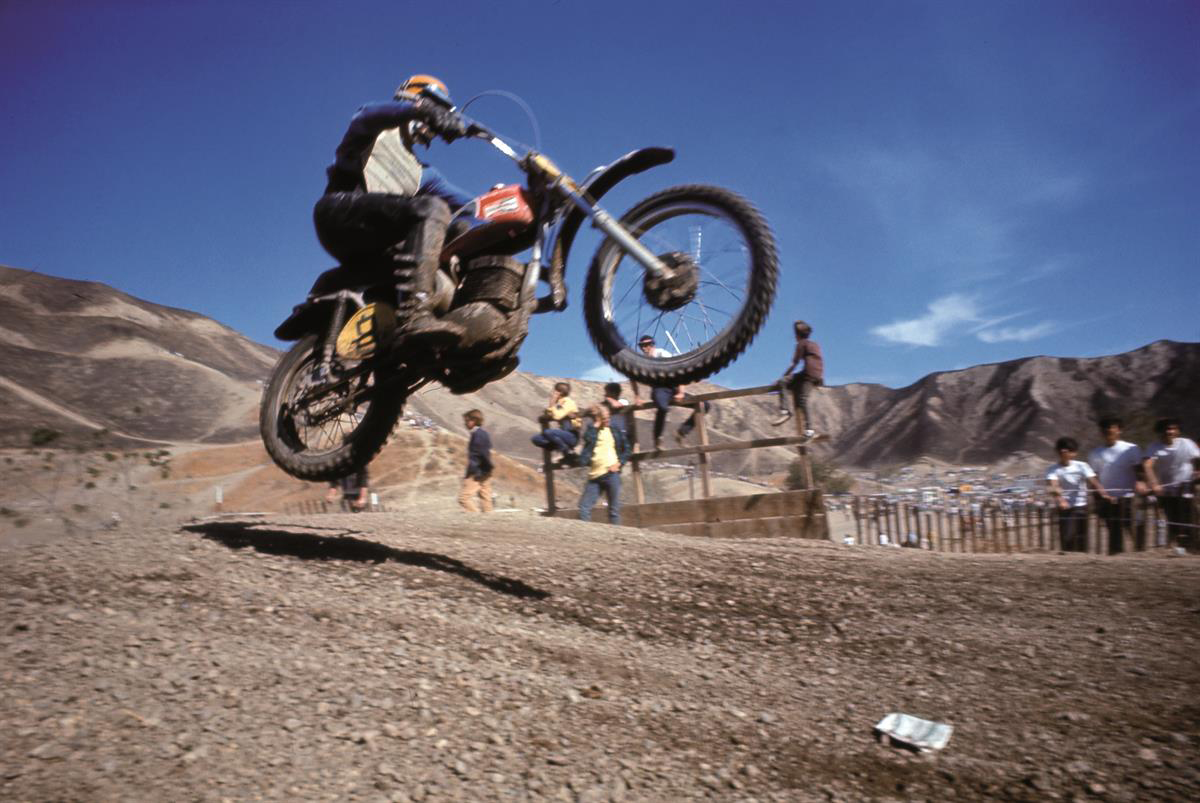 Kenneth Olausson does a great job with a regular feature called the Husky Good Old Times Blog. He finds fantastic photos and info about Husqvarna riders from the past–some of them more famous that others. This month he features Christer Hammargren, who younger American might not know about. Christer wasn’t one of the riders who regularly came to the U.S. with DeCoster, Hallman and the others who started MX, but he was a big deal in Europe and helped Sweden win the Motocross des Nations.  You can read about him by clicking the image above. 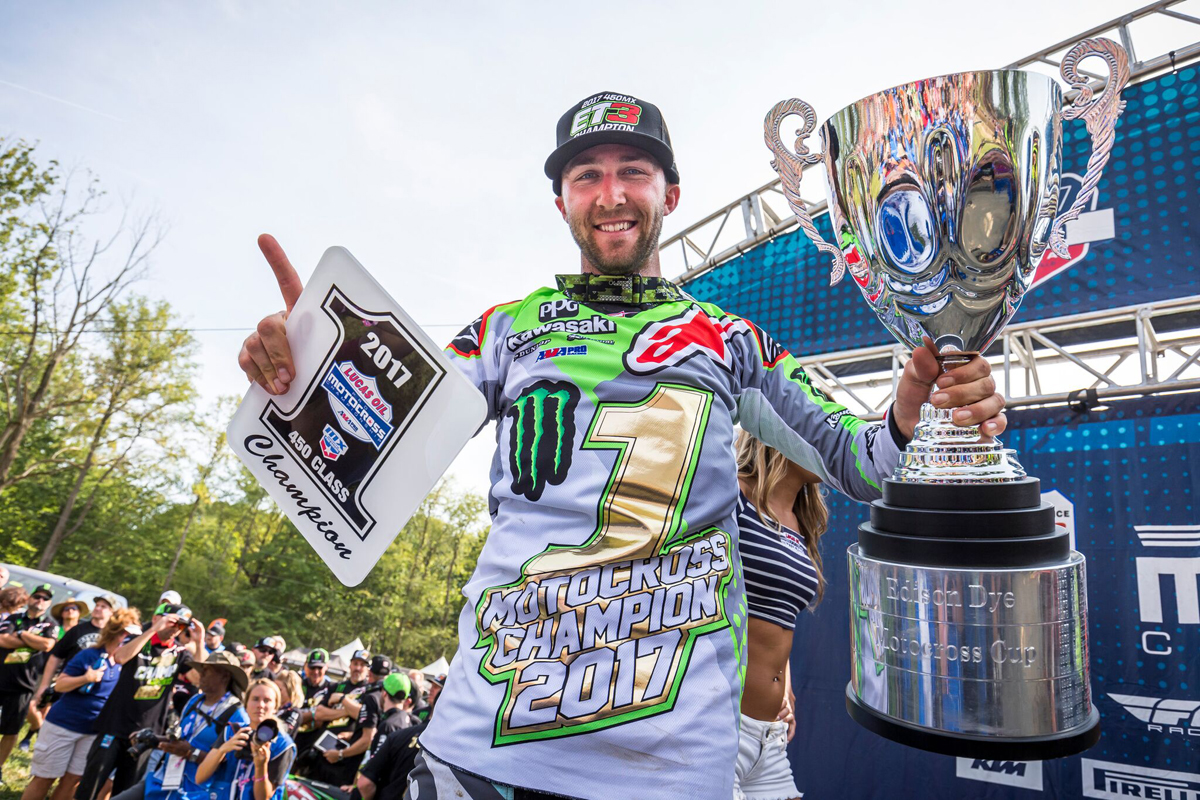 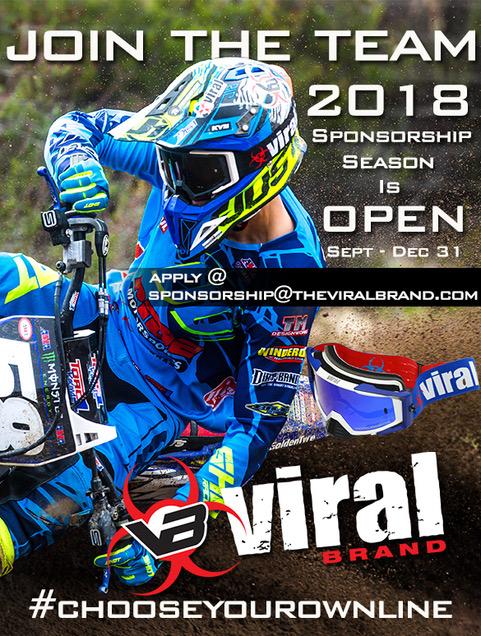 Viral is looking for riders that want to help grow the brand with hard work and great results. In 2017 they sponsored riders all across the world from the BPR Supercross team from the U.S., to riders in Australia, Thailand, Peru, Canada, Mexico and Europe. For the 2018 season, they are looking for riders that are tired of going to the line and having the same goggles as everyone else, riders that are bold and not afraid to buck the status and we are looking for riders that want the best fitting goggle on the market!
Sign up today for a chance to help grow our brand and yours. Today is the day to “Choose Your Own Line” and GO VIRAL.
To apply please send your resume to [email protected]
See you next time, 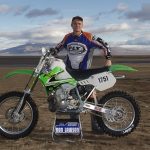 BLAST FROM THE PAST: THE BLACKWATER 100