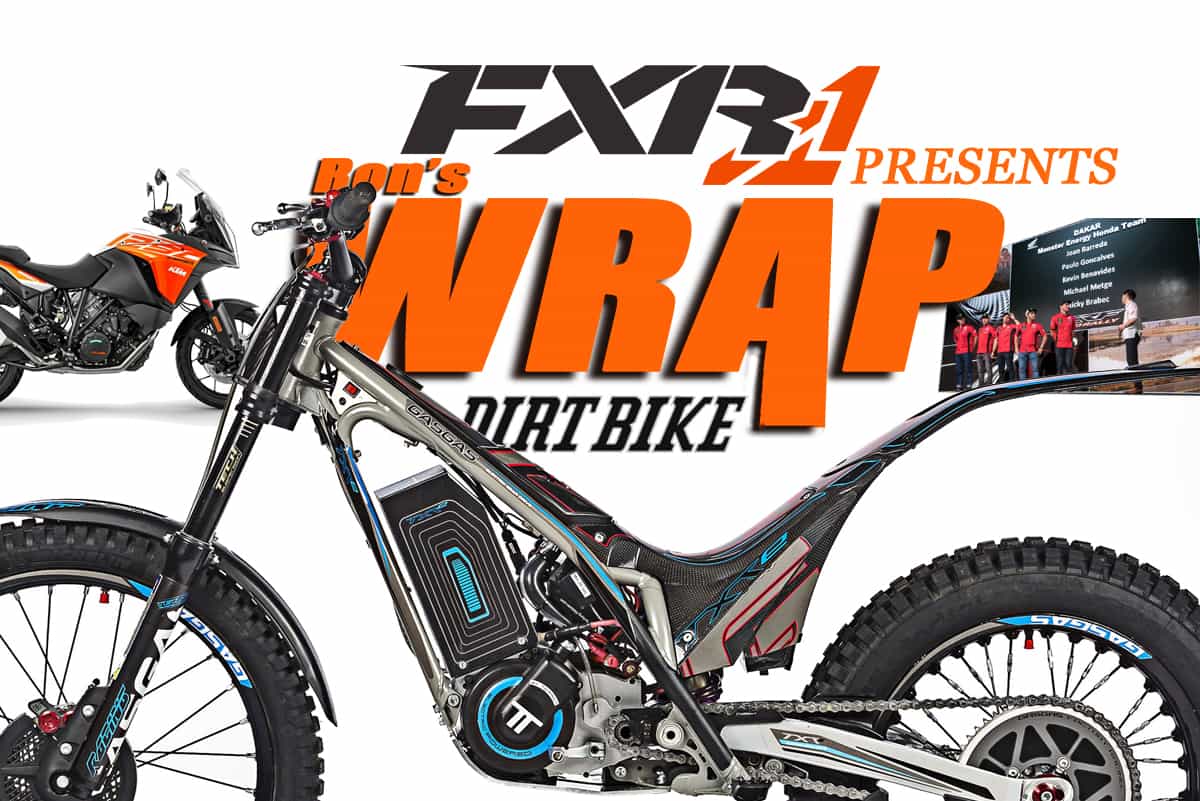 EICMA is the world’s largest motorcycle show. It happens this time every year in Milan, Italy, and it used to be the time when we got to see all the new models. Over the past 10 years or so, all the manufacturers have moved the introduction of their dirt bikes to summer, but the adventure bikes and street models still are seen for the first time in Milan. There are also a few dirt bike surprises each year. 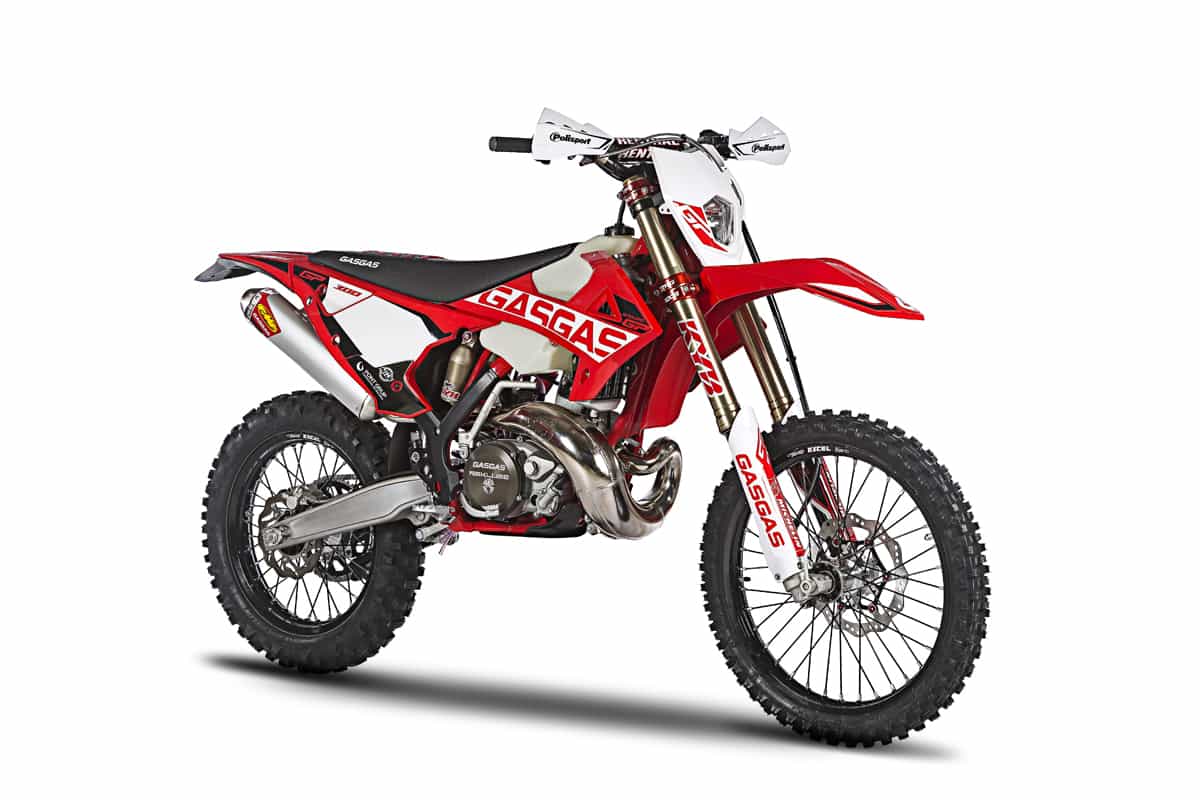 The Gas Gas Enduro GP was shown off at Milan show, which will be the bike that Christophe Nambotin and Johnny Aubert will ride in the 2018 Enduro GP season. These are two of the very best off-road riders in Europe, and the fact that Gas Gas has picked them up is a sign of how serious the company is. 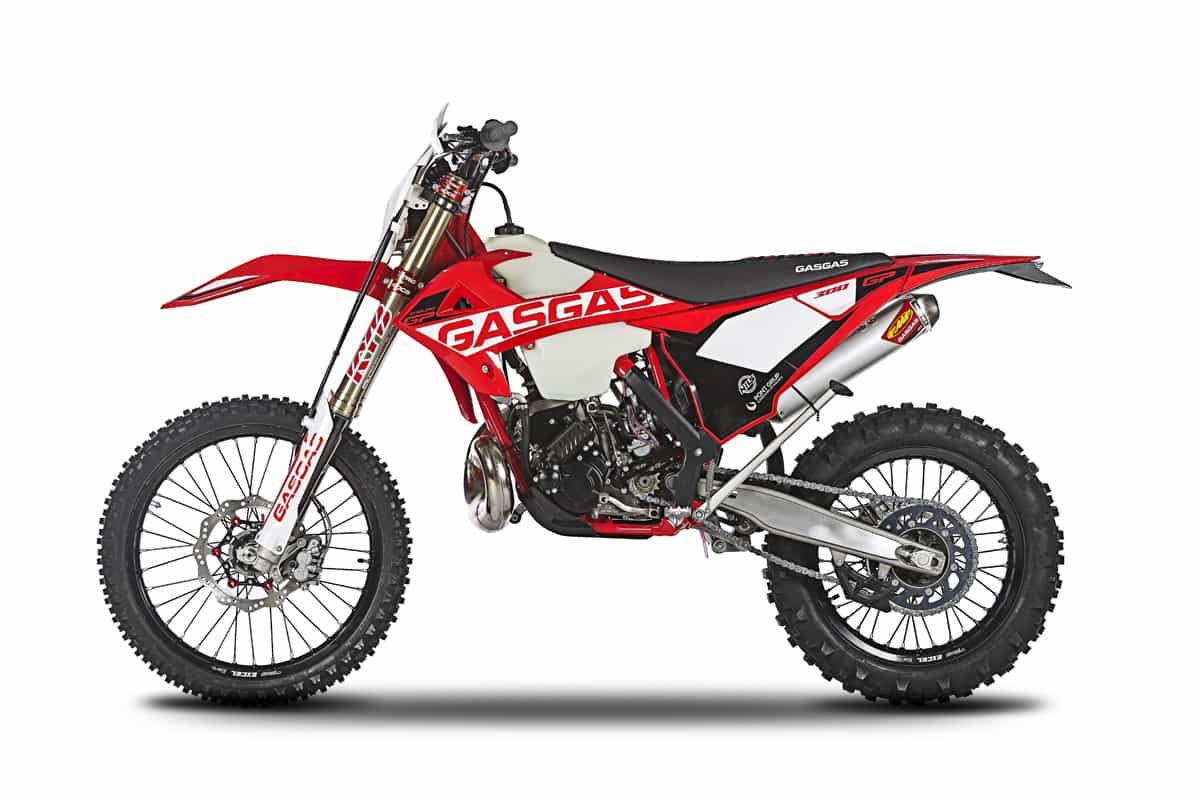 The Enduro GP bike is based on the existing production model, but has Xtrig clamps, a Rekluse clutch and KYB Technical Touch suspension. 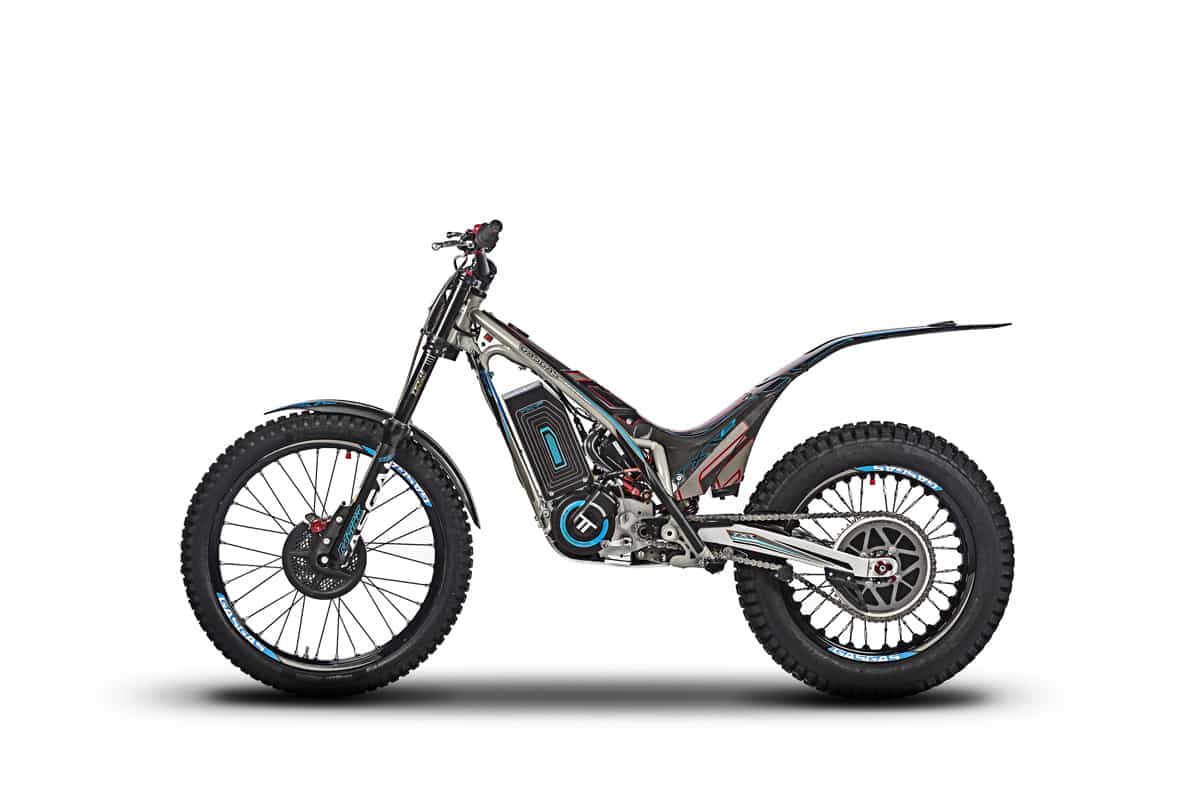 The wildest news in the Gas Gas booth was the addition of full size, production electric trials bikes. Torrot, the parent company of Gas Gas, is primarily an electric scooter company, but the EGD and EDD trials bikes show that the two are merging together. One has a shifter and a clutch. 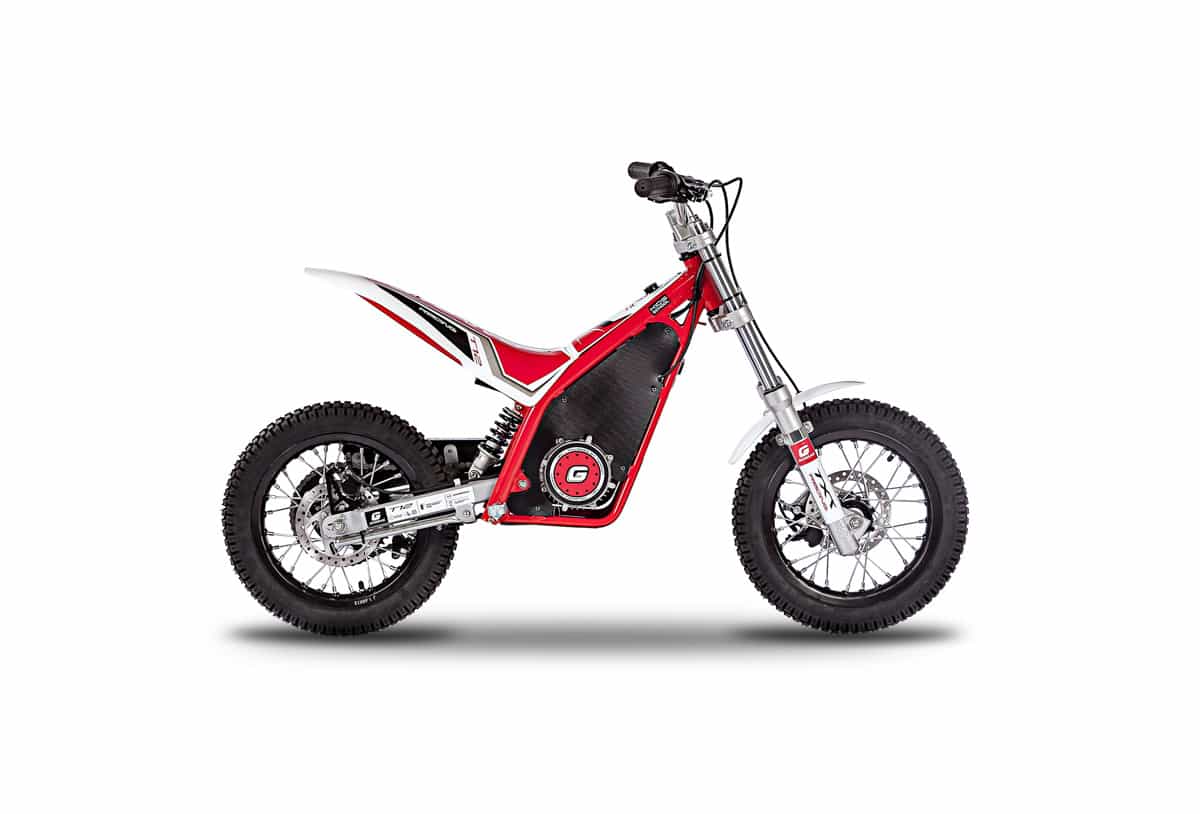 We’ve already seen the electric kids bikes, and now Gas Gas is expanding that line with the E12 and T12, which can have parental limits via any smartphone. 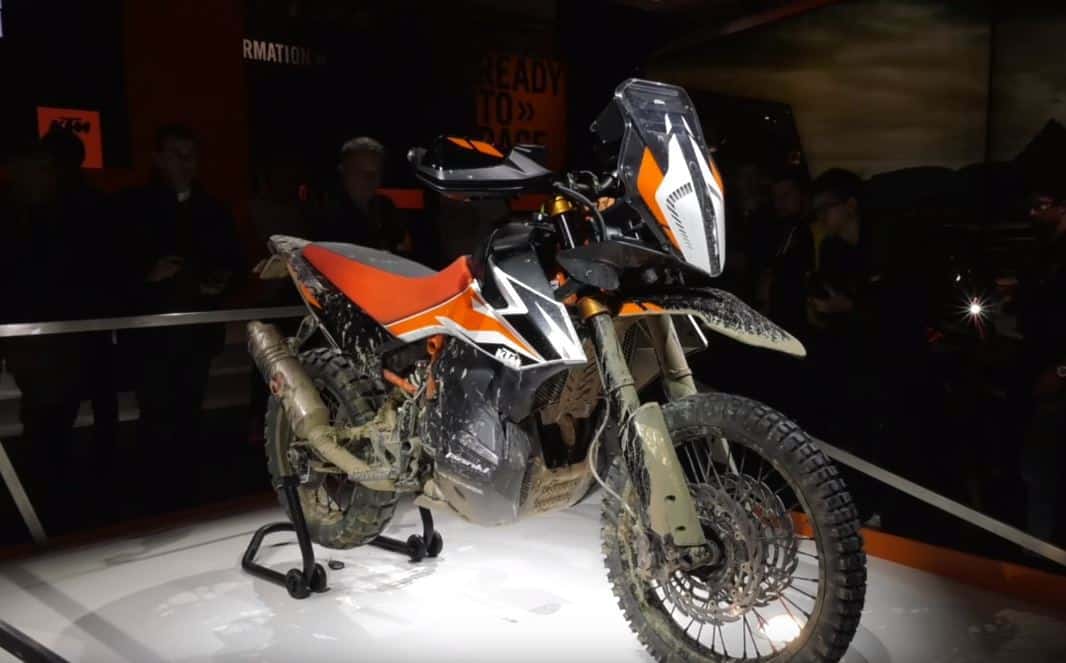 The biggest news at the KTM booth was an entirely new adventure bike prototype. The Adventure 790R has a 799cc parallel twin motor that is unlike any engine configuration that KTM has produced before. This motor will also be the centerpiece of a new Duke 790 street model. 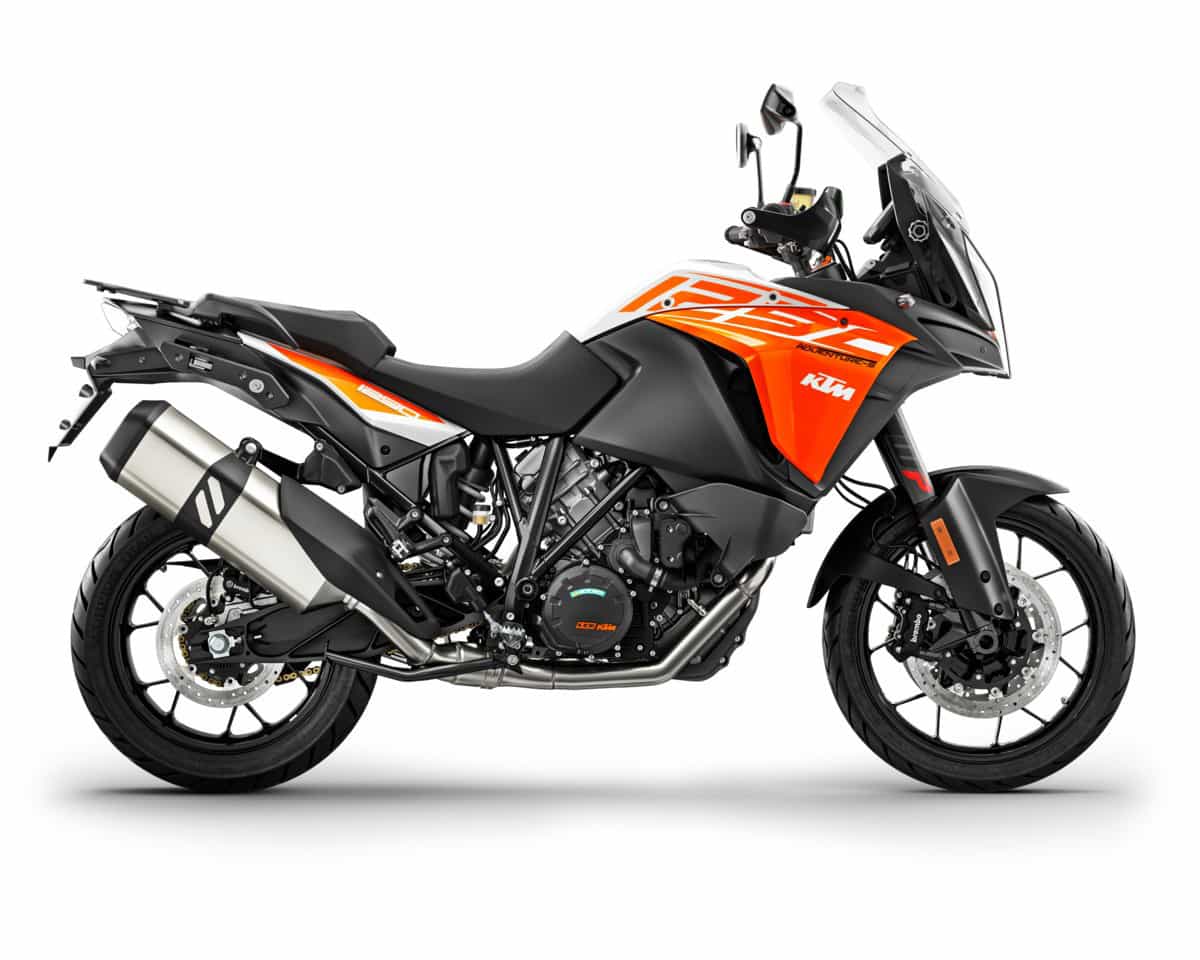 KTM’s two U.S. adventure models will return. The Adventure 1290 S is the more street oriented version and the 1090 is more off-road oriented. 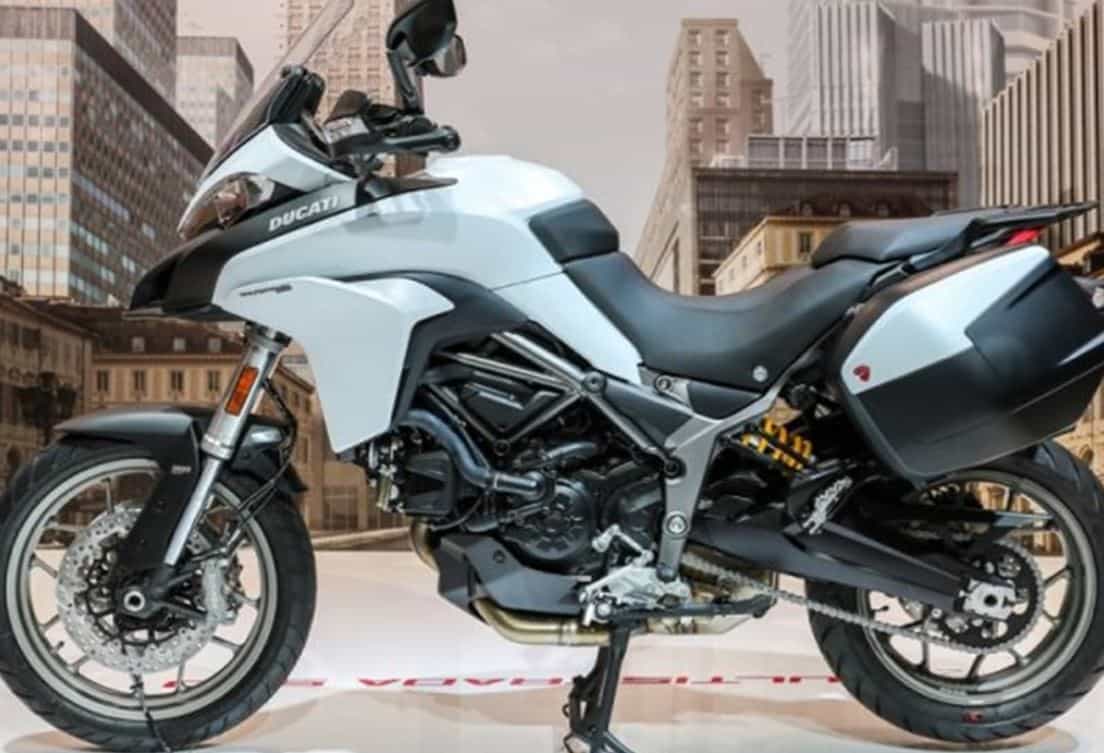 Ducati has a new, smaller-is better adventure bike, too. The Multistrada 950 is a smaller version of the 1200. 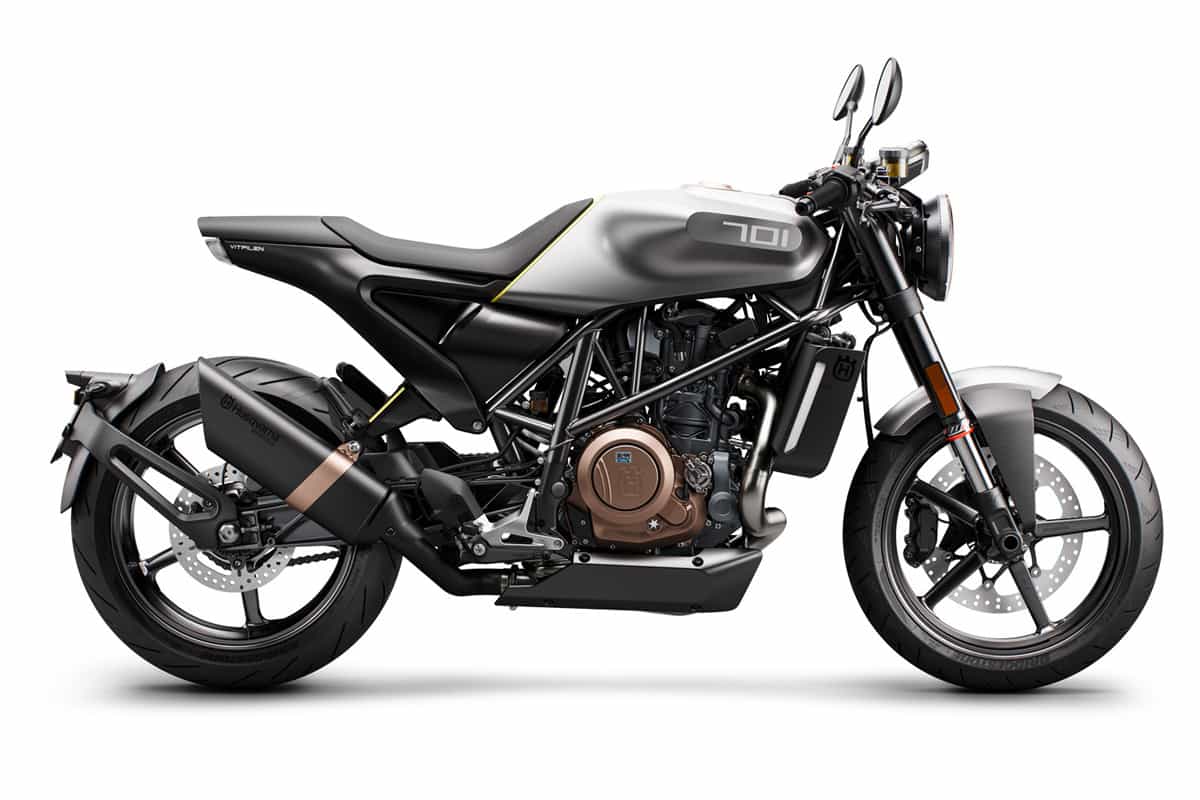 You might have already seen the 701 Naked bike for the street that Husqvarna announced earlier in the week. The Vitpilen (Silver Arrow) will be coming to the U.S., followed eventually by a 401 version. 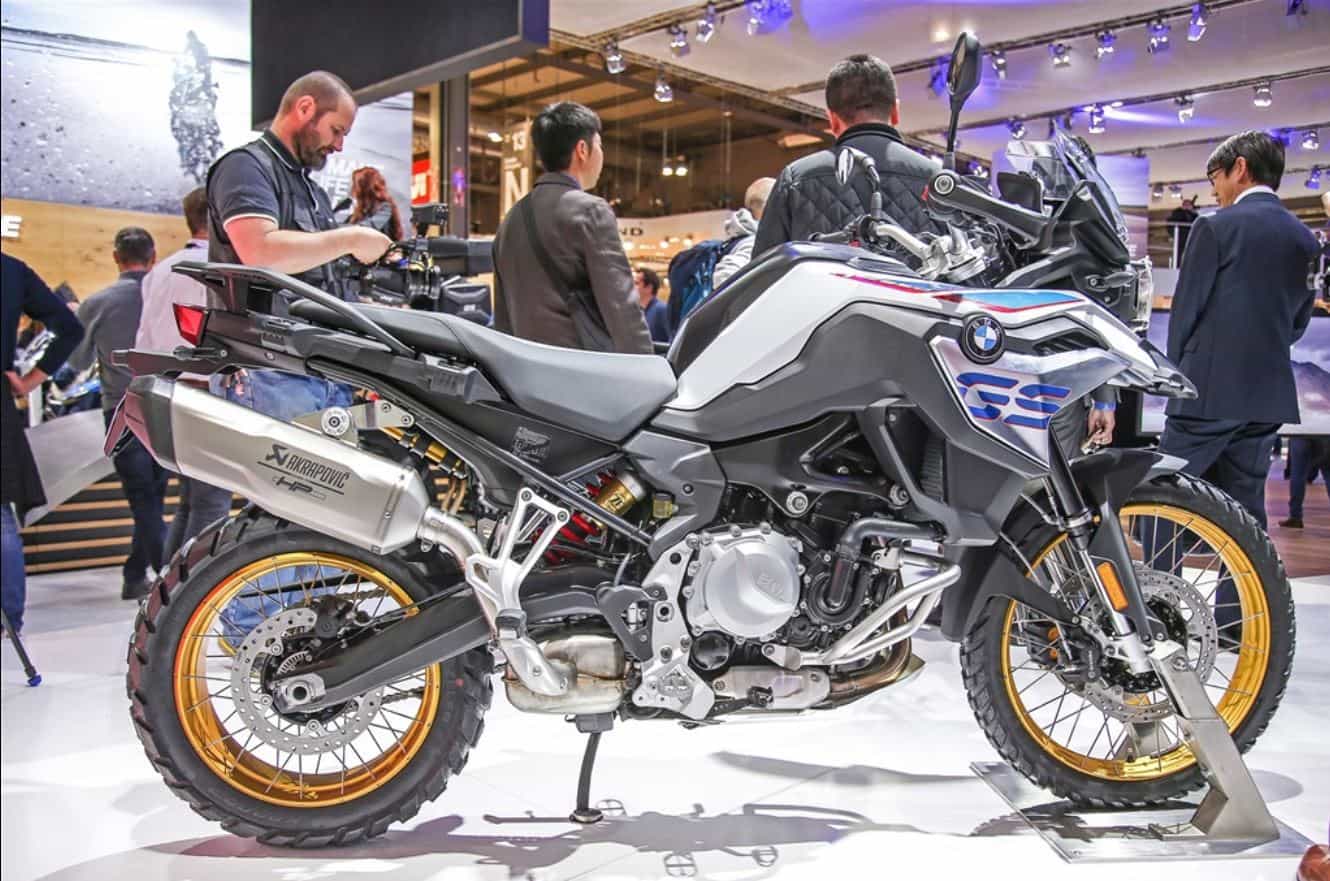 BMW has a new middleweight adventure bike too. The 850 has a new motor with electronic suspension and an all-new chassis. The fuel tank, which was under the seat on the 800, is back up top like that of the 1200, but with a telescopic fork.  It’s said to produce 95 horsepower. 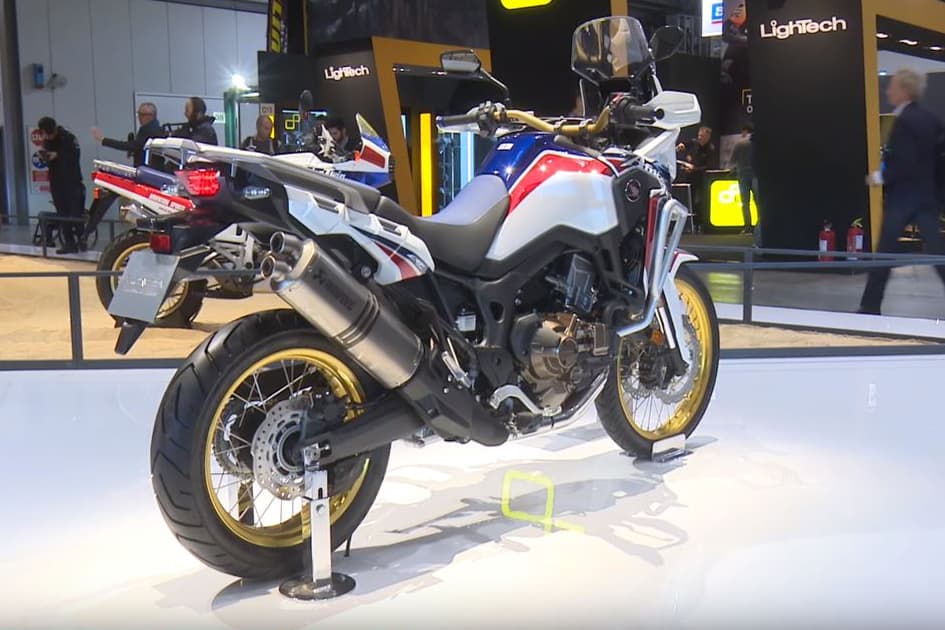 Honda ramped up the Africa Twin with more adjustable suspension and more electronic displays. The big news at the Honda booth was the entire Monster Energy Rally team, including Ricky Brabec. 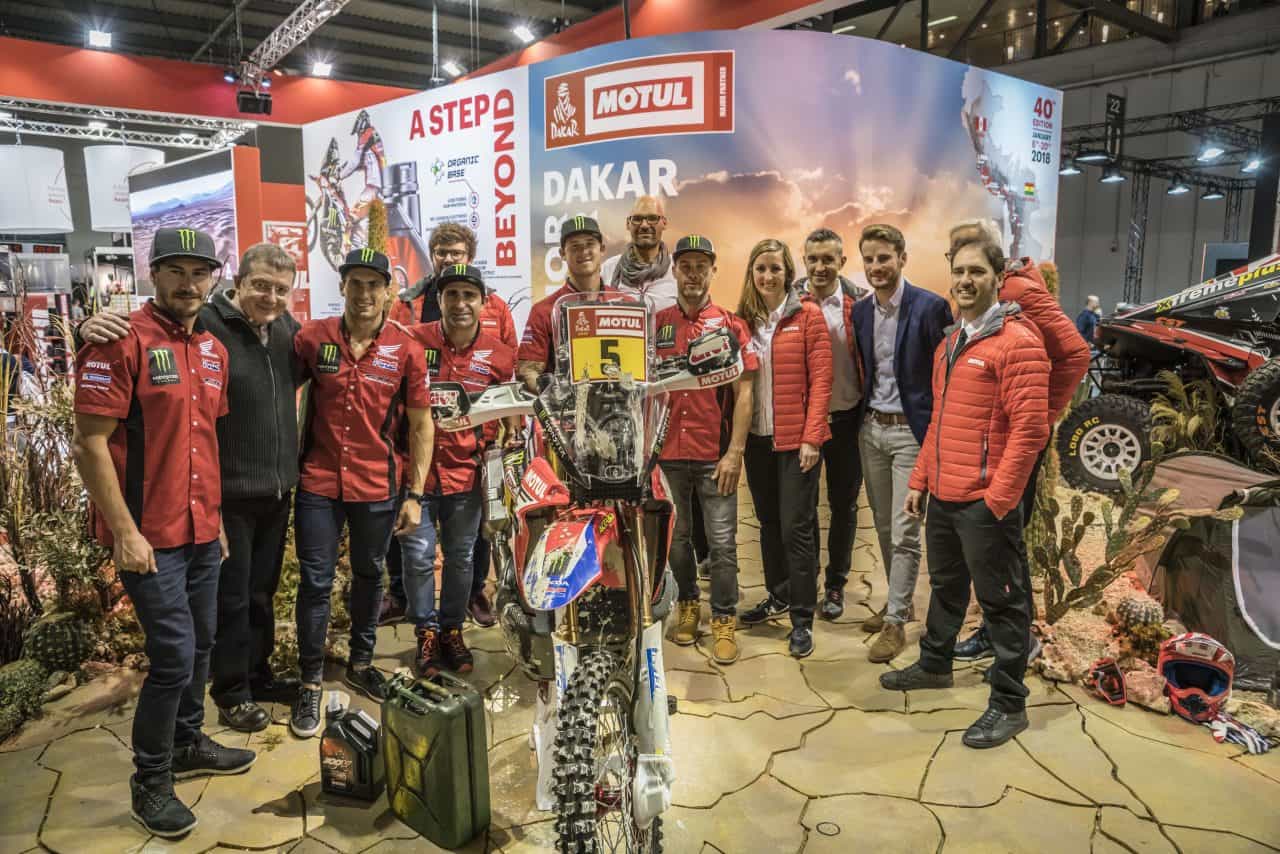 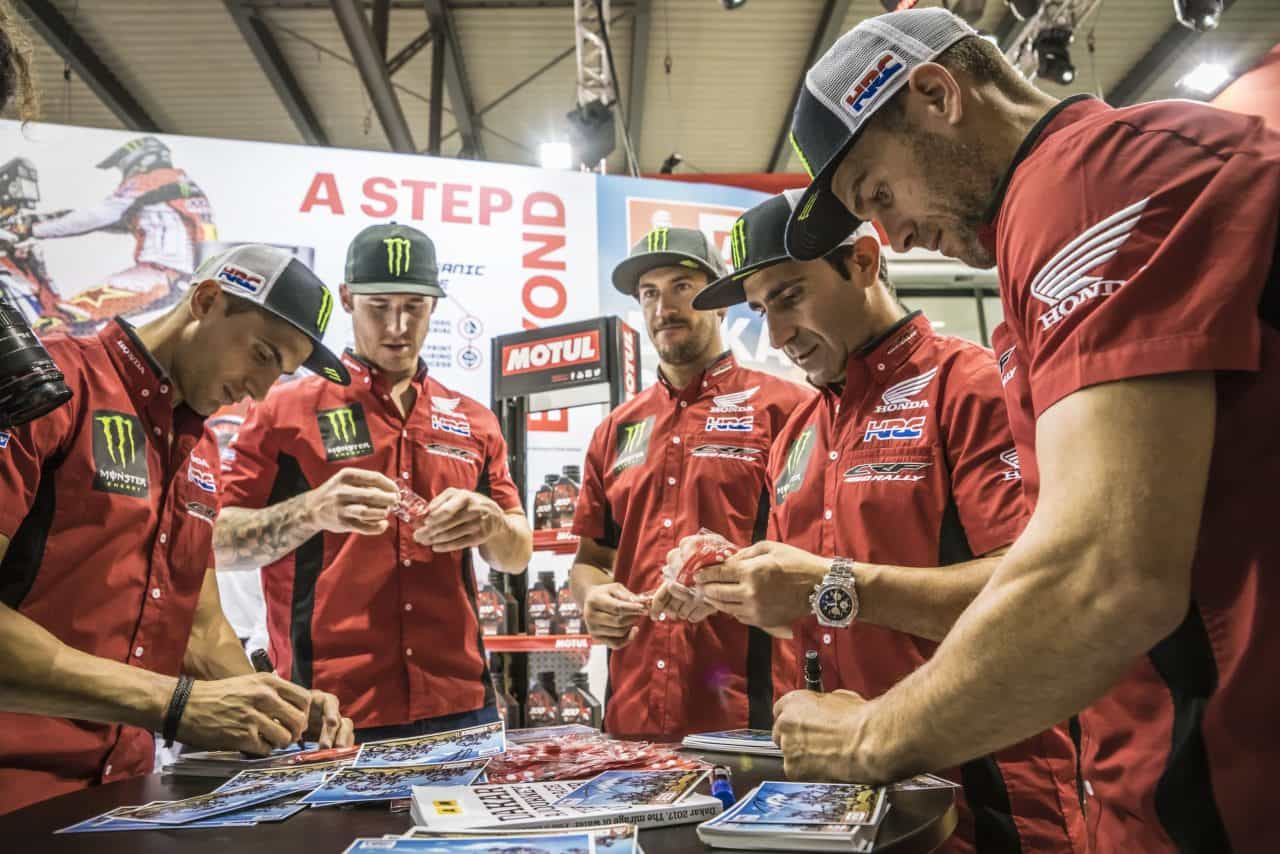 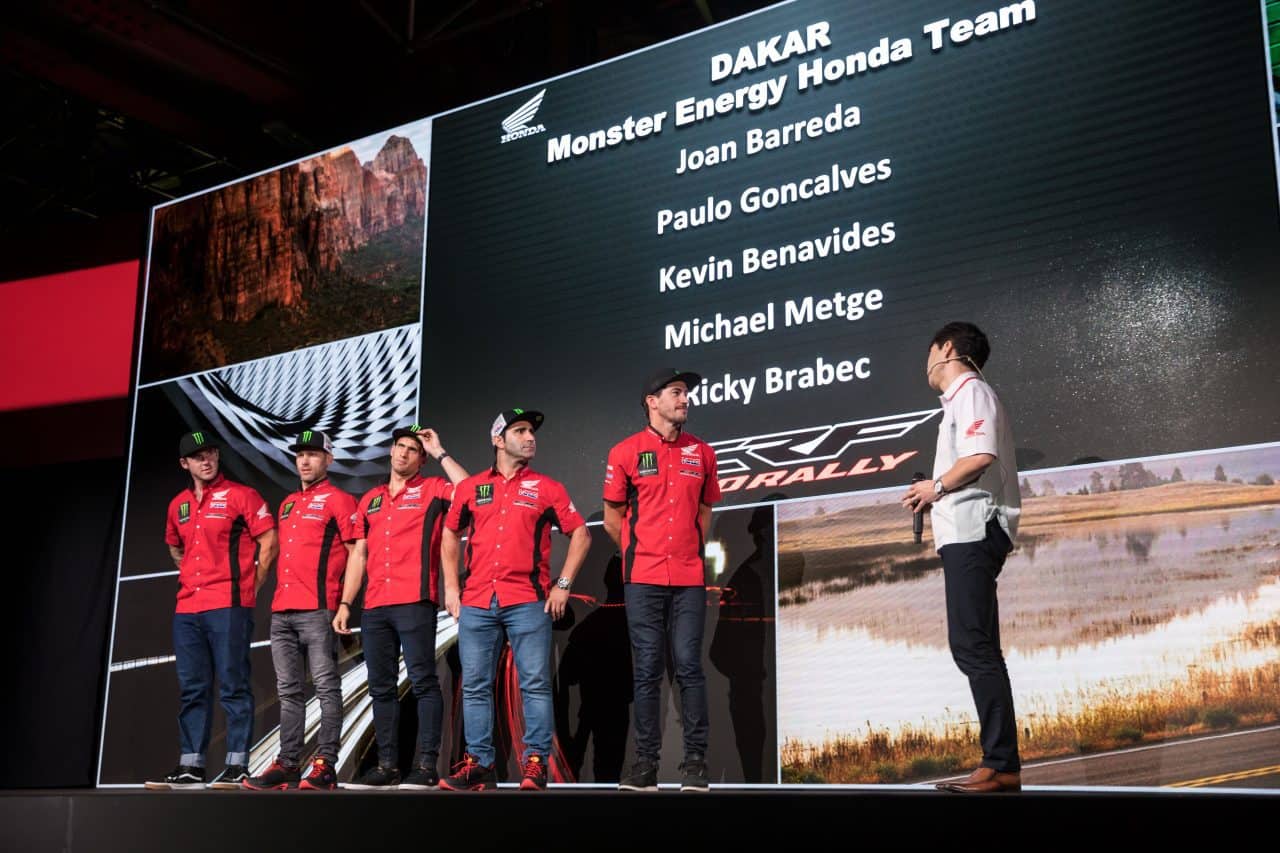 We will have more on the show next week. Stay tuned.

BACK HOME, THE 250 MX SHOOTOUT CONTINUES 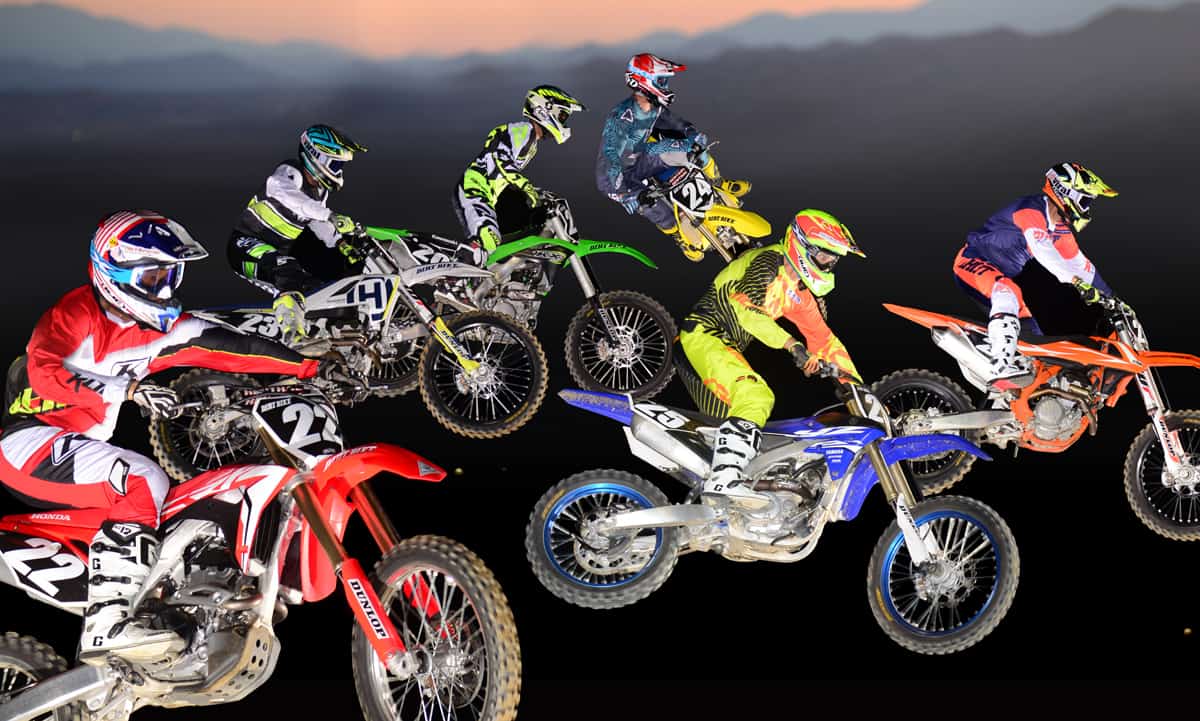 We aren’t finished with our 2018 250 MX shootout yet, not by any means. We did announce the winner last week. If you missed the 250 shootout video, click here. We knew it had to be either the KTM (which won last year) or the Honda CRF250R, (which was all new), because none of the other bikes were significantly changed. As soon as it was apparent that the KTM was still on top in power output, we knew the winner was set. But we still haven’t established the rest of the order, or even sent them to the dyno. We will update the results soon. In the meantime, we spent part of last week testing at Glen Helen’s new StadiumCross track, which is open for practice on Thursday nights after sunset. If you haven’t ridden under the lights, it’s a blast. The above photo is a composite of six different shots. There are two Pete Murrays and two Mark Tilleys, with a Sean Linanovich and an RJ Wageman.

BLAST FROM THE PAST: SUPERBIKERS 1982- Danny Chandler on fire!