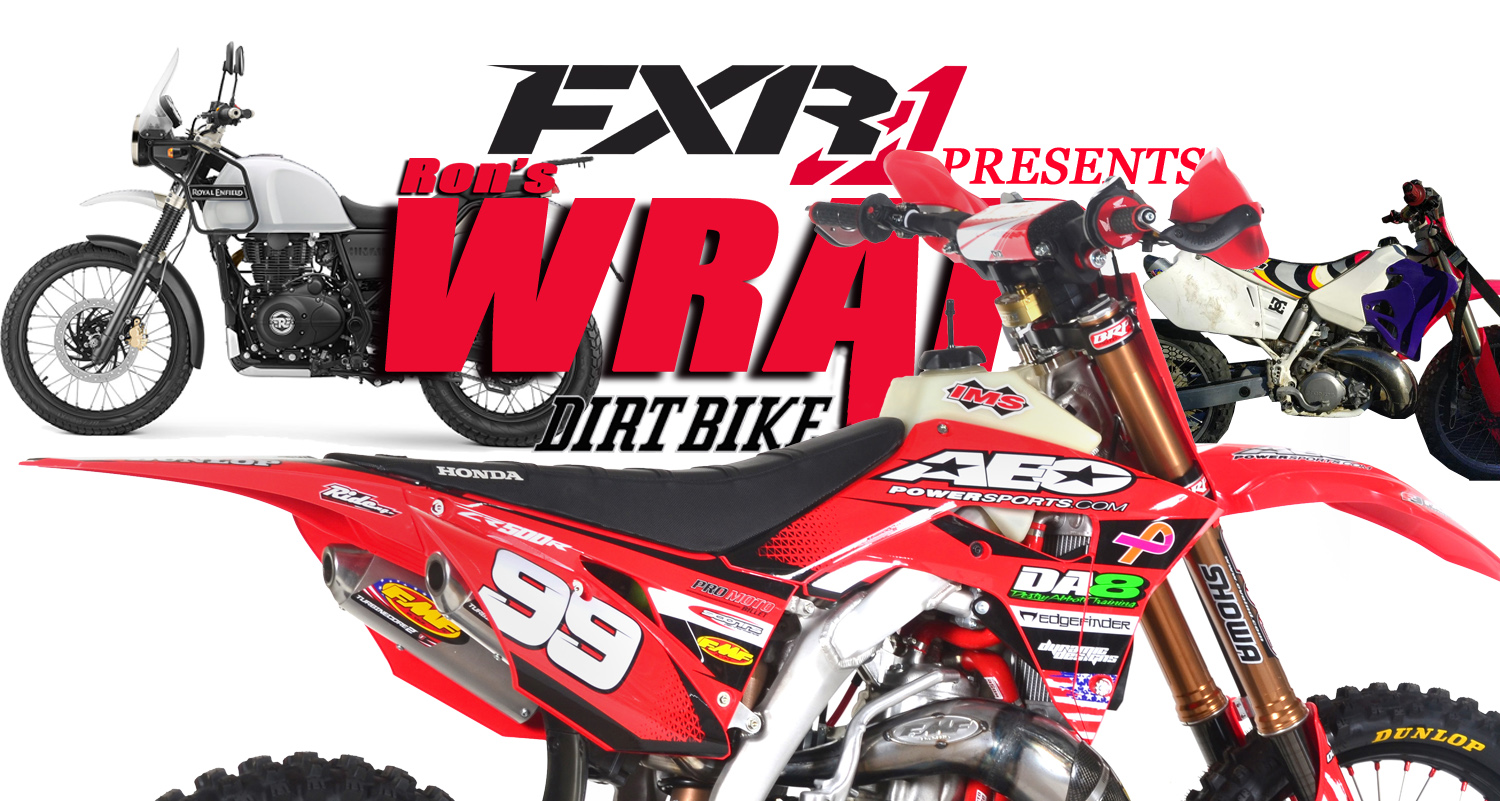 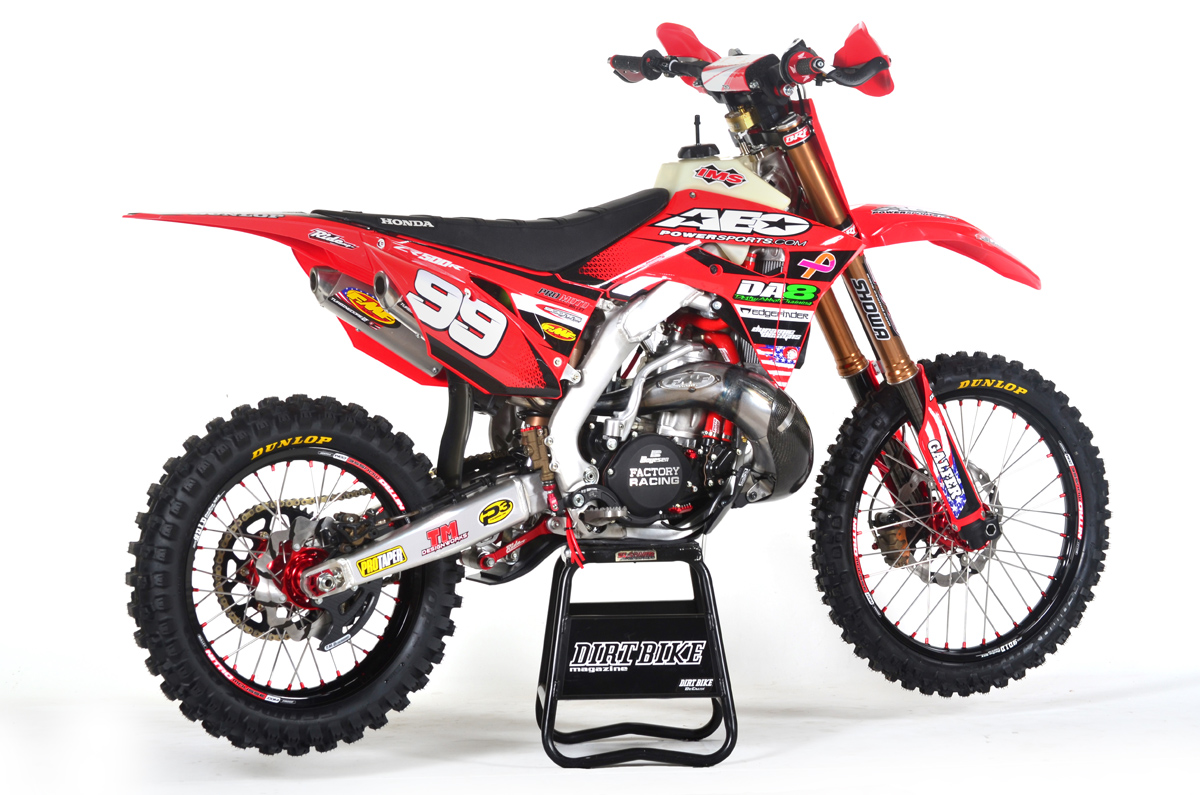 Three weeks ago, we featured this AEO Powersports CR500AF on Two-Stroke Tuesday. It’s now gone back to its owner, but we did get a chance to ride it a little. For the Raw video on the CR500AF, click here. The crew at AEO Powersports in Arizona built the bike for a customer  and went way overboard. Most of the fabrication was done by Mike at Edgefinder and assembled by Derrick Ball. The engine cases were polished by Justin at MotoWhips. 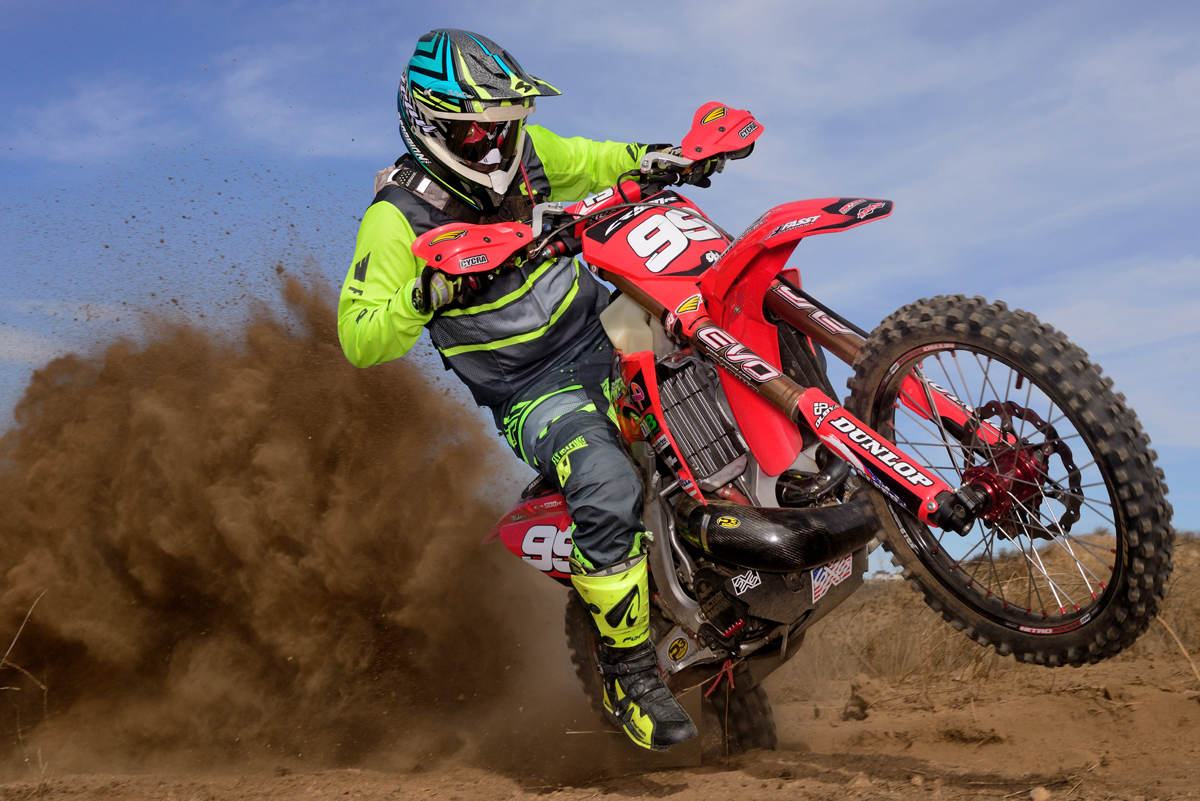 We had this bike on display at various events for about a month, and it always attracted more attention than any of the modern bikes under our tent. The part that seemed to fascinate more people was the one-into-two exhaust system. The more cynical viewers pretended be unimpressed, but the greater majority loved it just for the cool factor. 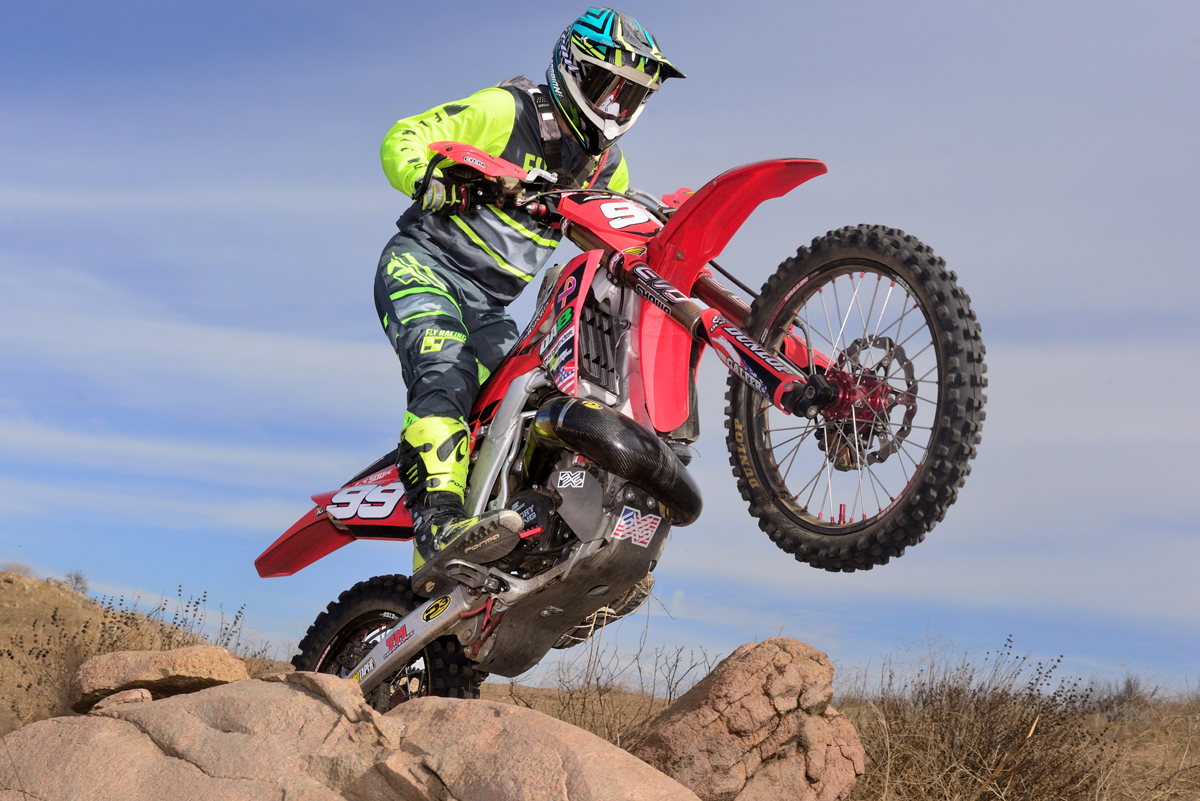 Mark Tilley was the only editor who got to ride it and he took great care not to risk damage. Mark never really rode a 500 two-stroke back in the day, and came away stunned at how manageable the bike was. There have been project bikes over the years with mismatched engines and frames that quite frankly didn’t work. This one was the opposite. It was much better than the best Honda 500s of the past and, as a western off-road bike, is competitive with anything. It will be featured down the road in a print issue of Dirt Bike.

BEFORE THERE WAS TONI BOU …

… there was Dougie Lamkin, who was just as dominant in the world of trials. He occasionally surfaces with a Red Bull video like this one.
It’s a familiar theme. It reminds me of this production that Travis Fant and Mark Tilley orchestrated with Colton Haaker back in 2014, when he was on his Lucas Oil Honda. 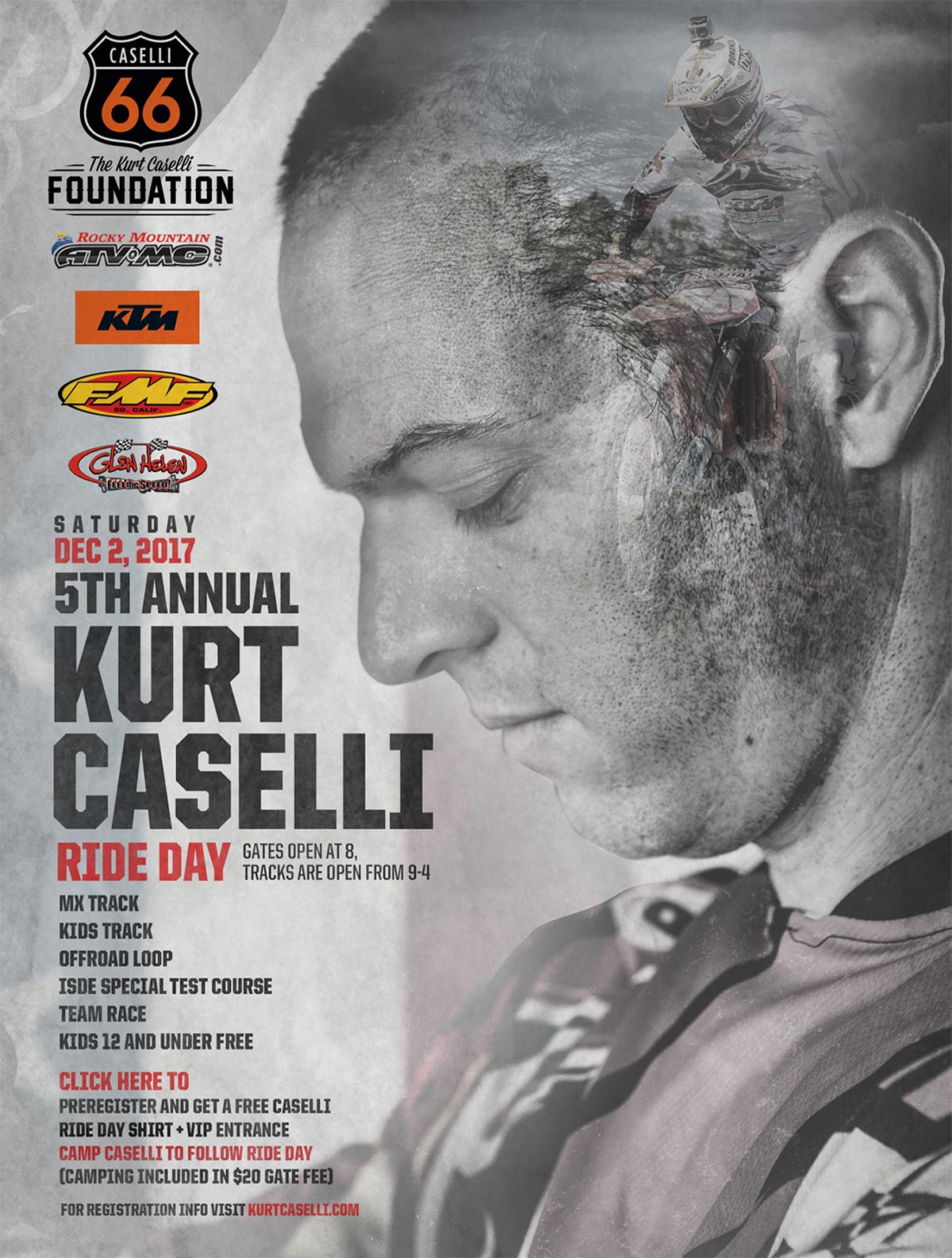 The Caselli ride day is one of the greatest events of the year. It’s big, there’s a lot of riding and a lot of cool people who will be there. You can have fun and contribute to a good cause. 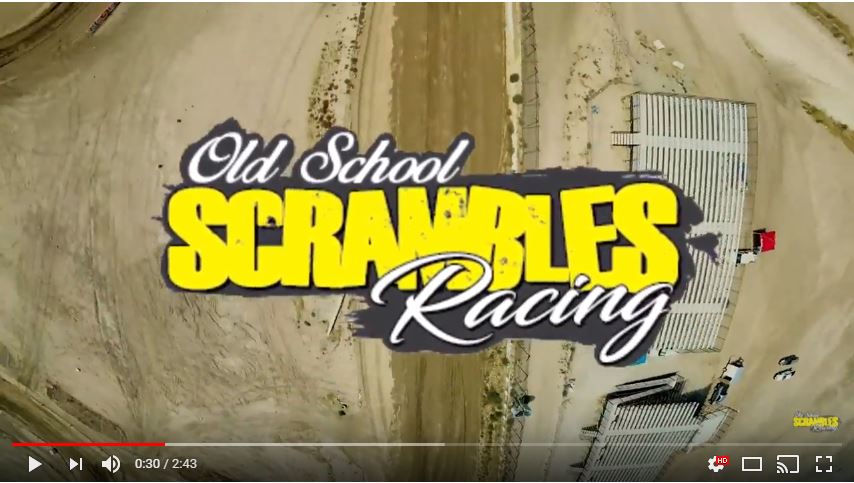 Sunday is the Old School Scrambles on the Lucas Truck track at Glen Helen. This is designed for old bikes but if it has two wheels, it’s welcome. The course is beginner friendly. 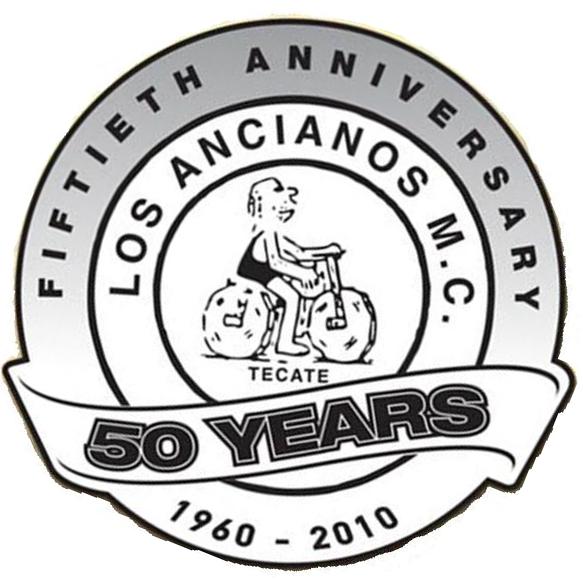 The Tecate Sprint Enduro is tomorrow, but if you don’t already have an entry, you’re out of luck. The list filled up within minutes of being open on-line. The event has a rich history and this year will another good one. The entry list includes Eric Yorba, Ivan Ramirez, Gary Sutherlin, Dalton Shirey and Alex Smith. The list of well-seasoned riders is pretty impressive, too. Larry Roeseler, Ty Davis, Duke Lambert, Grant Palenske and Scott Meyers will all be there and are still capable of finishing up front.

The 2018 off-road racing season actually starts next weekend in Poland. The FIM SuperEnduro world championship kicks off with Colton Haaker as the defending champion. Last season, Alfredo Gomez was second with Jonny Walker third. This year, Haaker will have the additional competition of U.S. Super EnduroCross champion Cody Webb. It will be Haaker’s chance to take revenge on Webb after the 2017 season at home, which saw Colton drop out with an elbow injury. Hopefully Colton is all healed up and ready to ride! 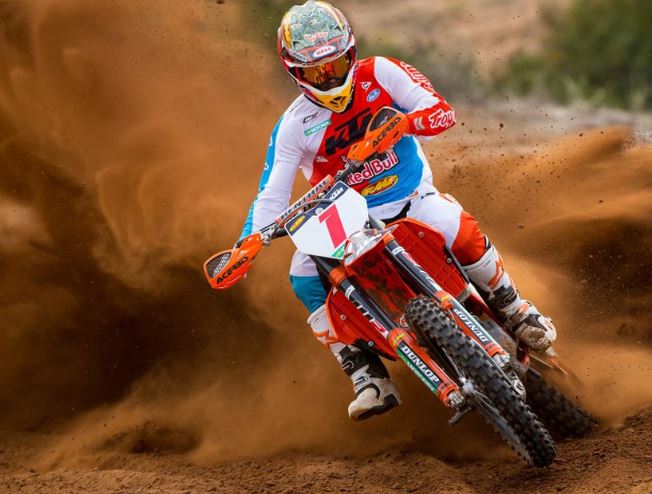 West Coast off-road racing will be tougher than ever on the Pro level in 2018. KTM just announced that  GNCC’s all-time winningest rider is going to expand his horizons. In addition to defending his GNCC XC-1 championship, Kailub Russell will travel out west to ride the District 37 Big 6 GPs. The 2017 for Big 6 has yet to wrap up, with the final round taking place next weekend at Lake Havasu, and there’s some talk that Kailub will come out for that to challenge points leader Zach Bell. Next year, the Big 6 will see additional factory involvement from Husqvarna. Dalton Shirey is said to the the official Husky factory rider, while a satellite Husky team might include Zach Bell and Jake Alvarez. 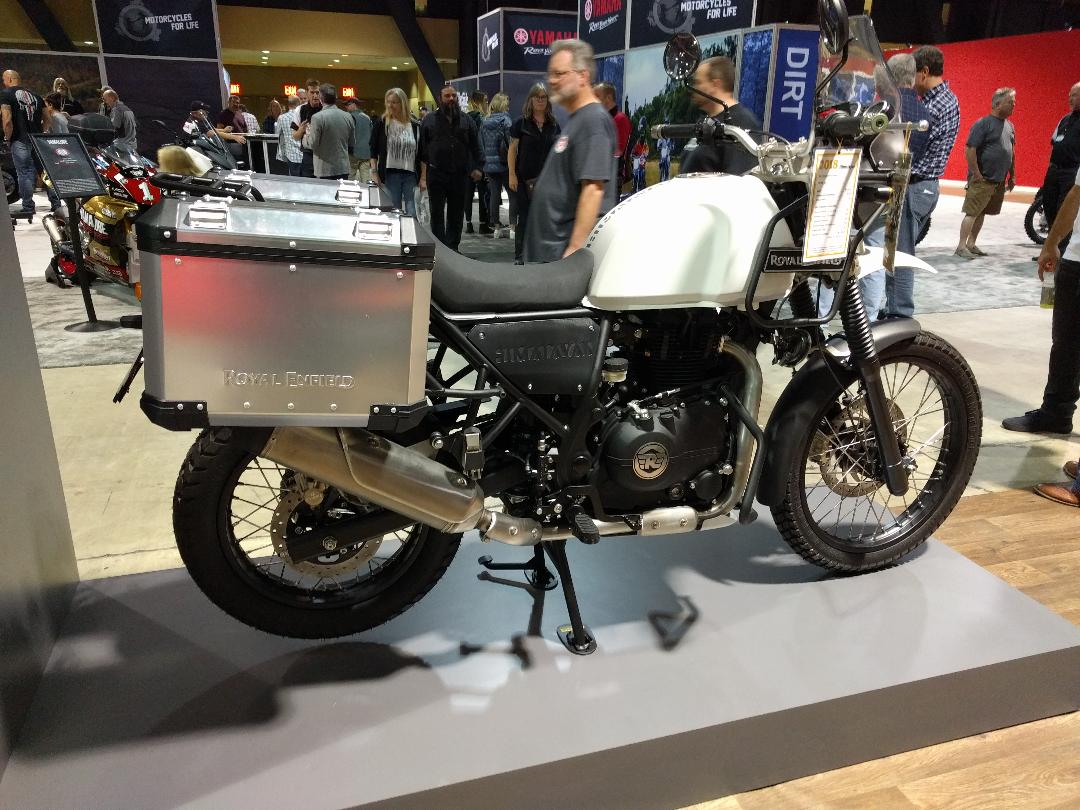 One of the coolest oddball adventure bikes at last week’s IMS show in Long Beach was the Royal Enfield Himalayan. Royal Enfield, for you dirt guys, was an iconic British manufacturer that licensed some of its production in India. Unlike Triumph, which was reborn with new ownership in a new factory and completely new product after a 10-year hiatus, Royal Enfield continued to produce the Indian bikes after the fall of the British motorcycle industry. They made the same designs from the ’60s at very inexpensive pricing. Now, they have a new factory and more modern designs, but the prices are still low. The Himalayan showed up about two years ago, and now it’s due here. The price will probably be in the $6000 range. 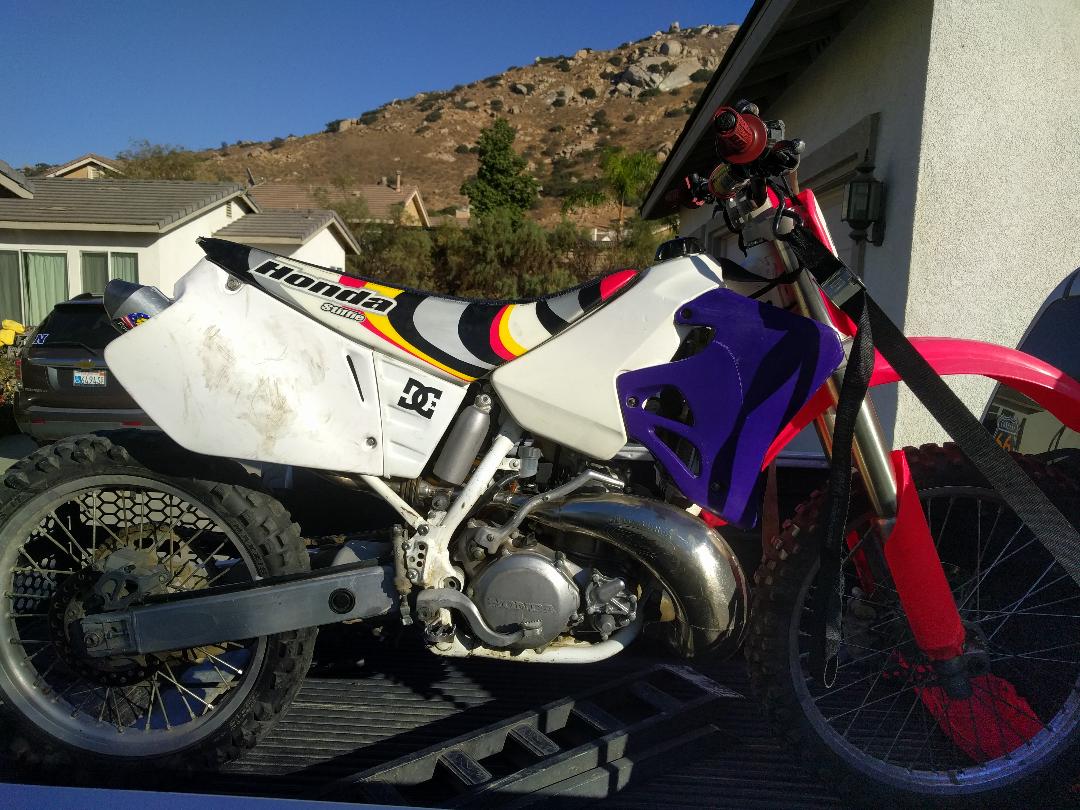 This arrived in my garage this week. It’s a 1995 Honda CR250R, which was a truly great motorcycle. I enjoy racing the Revo class in the Big 6 GPs, which allows bikes as new as 1995. What could be more perfect? My friend Casey Casper is a big fan of these bikes and he ran across one for $750 and passed it on to me. I already have a Wrench Rabbit kit to rebuild the motor, I bought a Polysport plastic kit from RockyMountain ATV and the suspension is at Precision Concepts being rebuilt now. I think I’ll have it running for next week’s Big 6 at Lake Havasu! 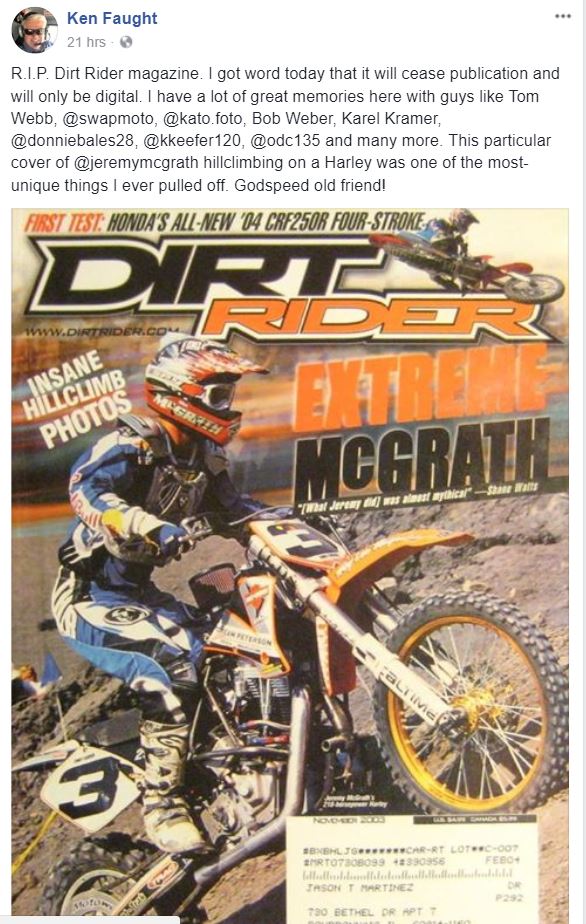 I don’t know any details, but I’m very sad to see another print magazine vanish. Many close friends have worked at DR over the years including my current partner, Tom Webb. Ken Faught was the editor there after Tom left. He was replaced by Jimmy Lewis, who was once on staff at Dirt Bike. Mark Kariya and Karel Kramer are now Dirt Bike contributors. The current crew consists of good people.
More to come … 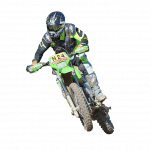 BLAST FROM THE PAST: GARY SEMICS MAMMOTH MOUNTAIN MX