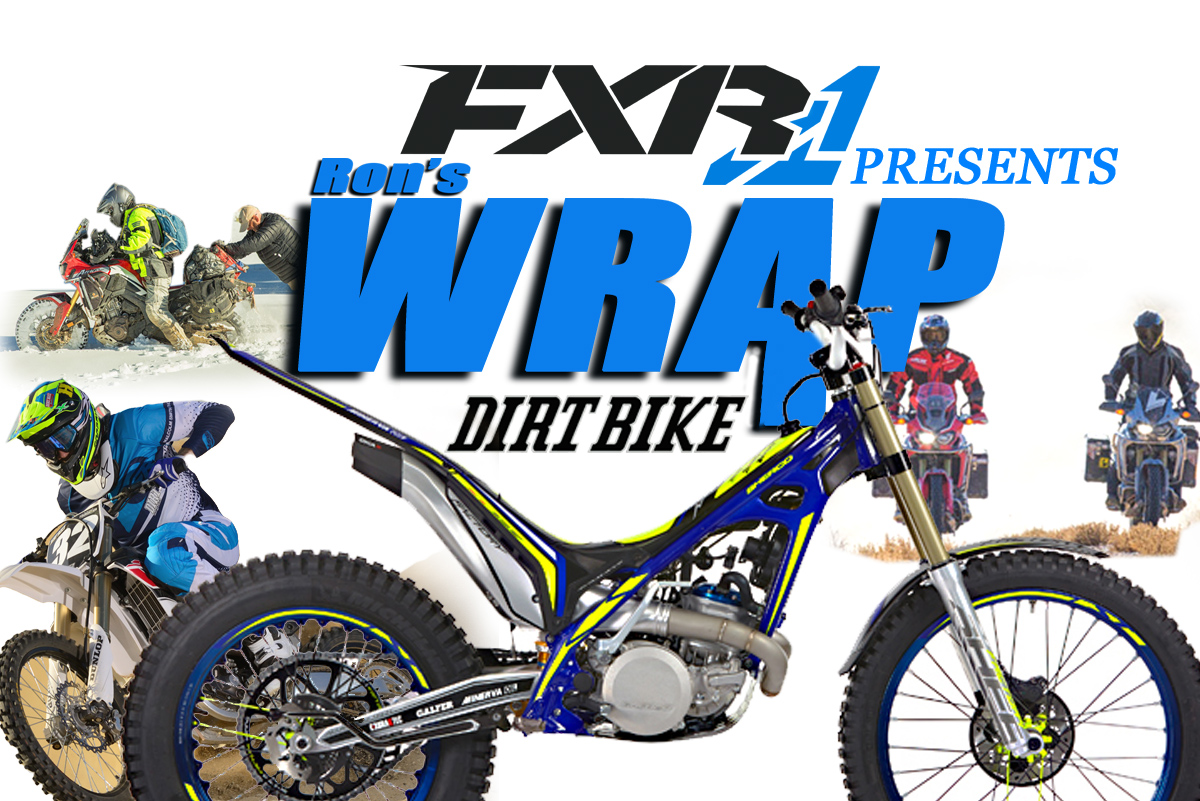 The year just began, yet we’ve tested most of the important 2017 dirt bikes. Here are my personal favorites so far. These aren’t always the same as the official shootout winners in the magazine. I’m just one test rider. Admittedly, my vote gets a little more weight because I’m usually the guys who writes the test or shootout, but I know better than to overturn the popular vote. This isn’t the electoral college. 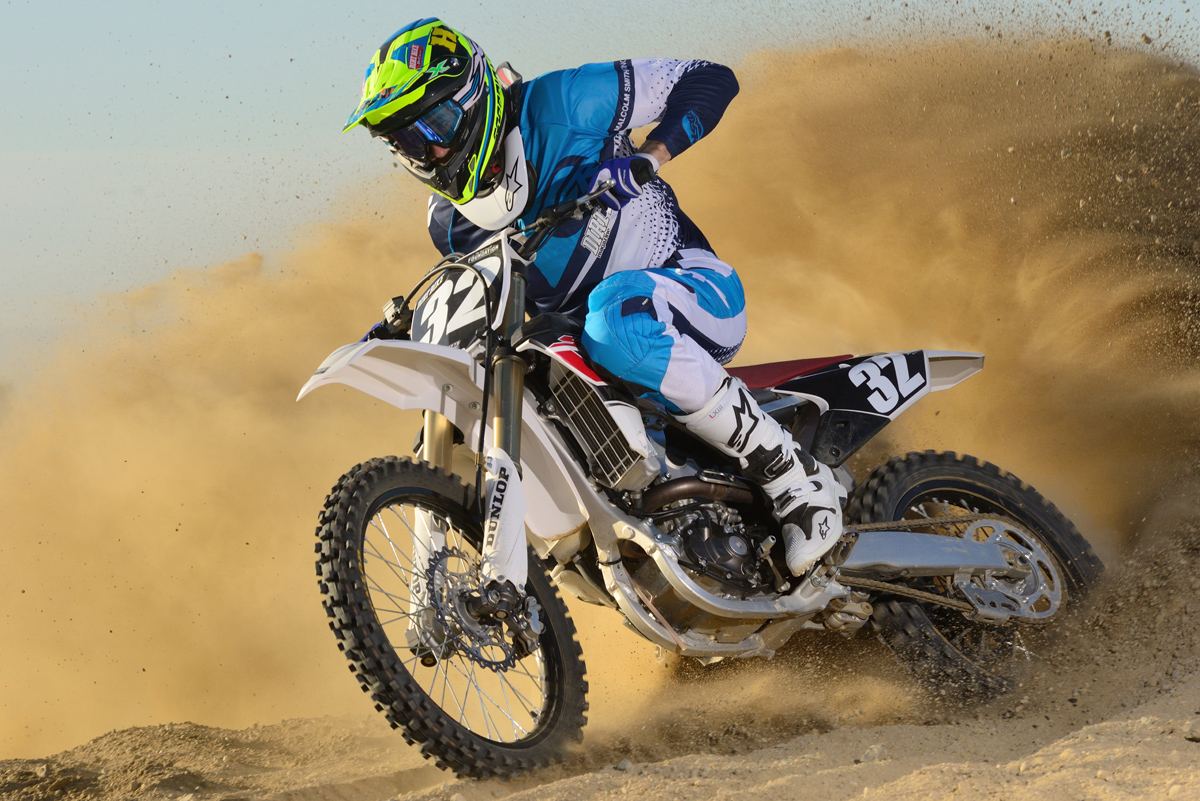 This is one of those cases where my favorite is different from the shootout winner. It actually finished third, because the KTM and Husky are nearly identical. The shared motor in those two bikes is the horsepower champion, so younger, faster riders than me preferred them over the YZ. We always said the KTM would win if it only had suspension, and that’s what happened this year, so we had to make good. But I still believe that most riders would like the Yamaha better. It’s not as fast on top, but better in every other way. 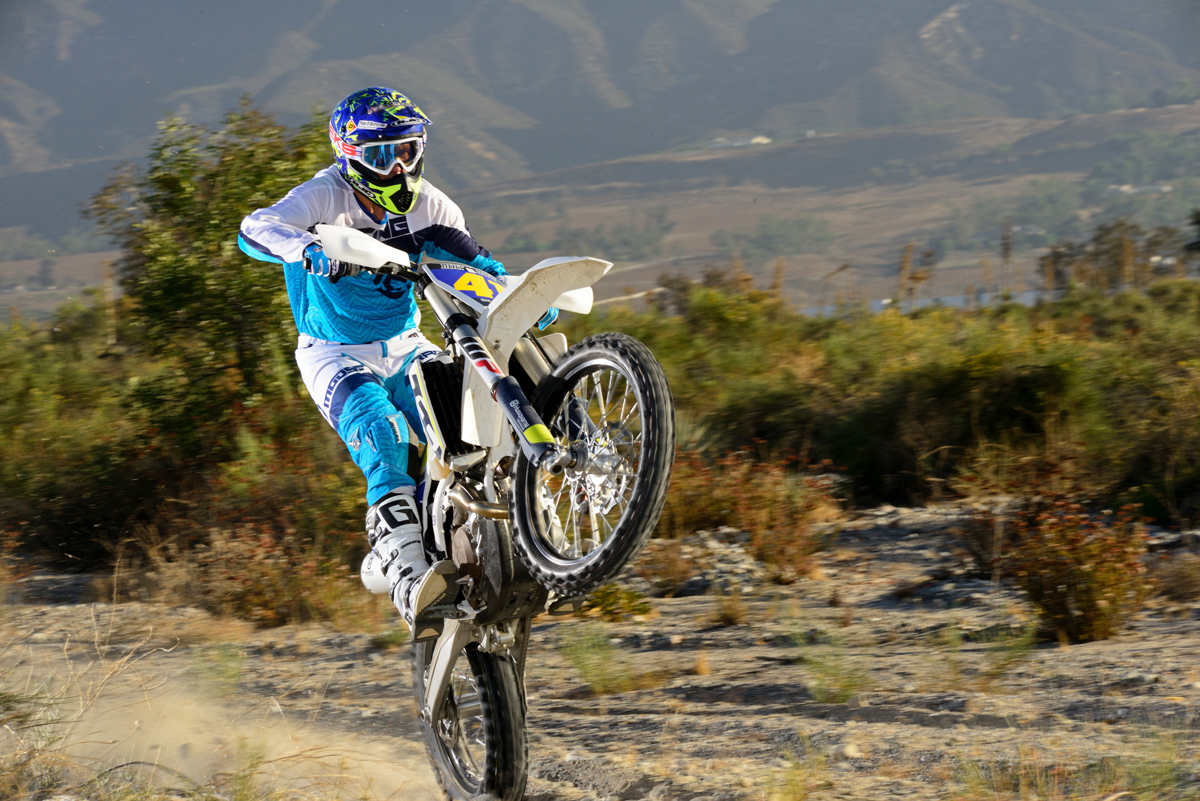 Okay, I know I’m going off the reservation here. The FX450 isn’t even a motocross bike, but I still like it better than any of the bikes in that class. It has the exact same motor as the FC450 motocross bike that placed second to the KTM in our shootout (virtually tied). But the suspension is cushier and it has a larger tank, just in case I want to ride a GP. I like it better than the KTM because it has a little softer power delivery. 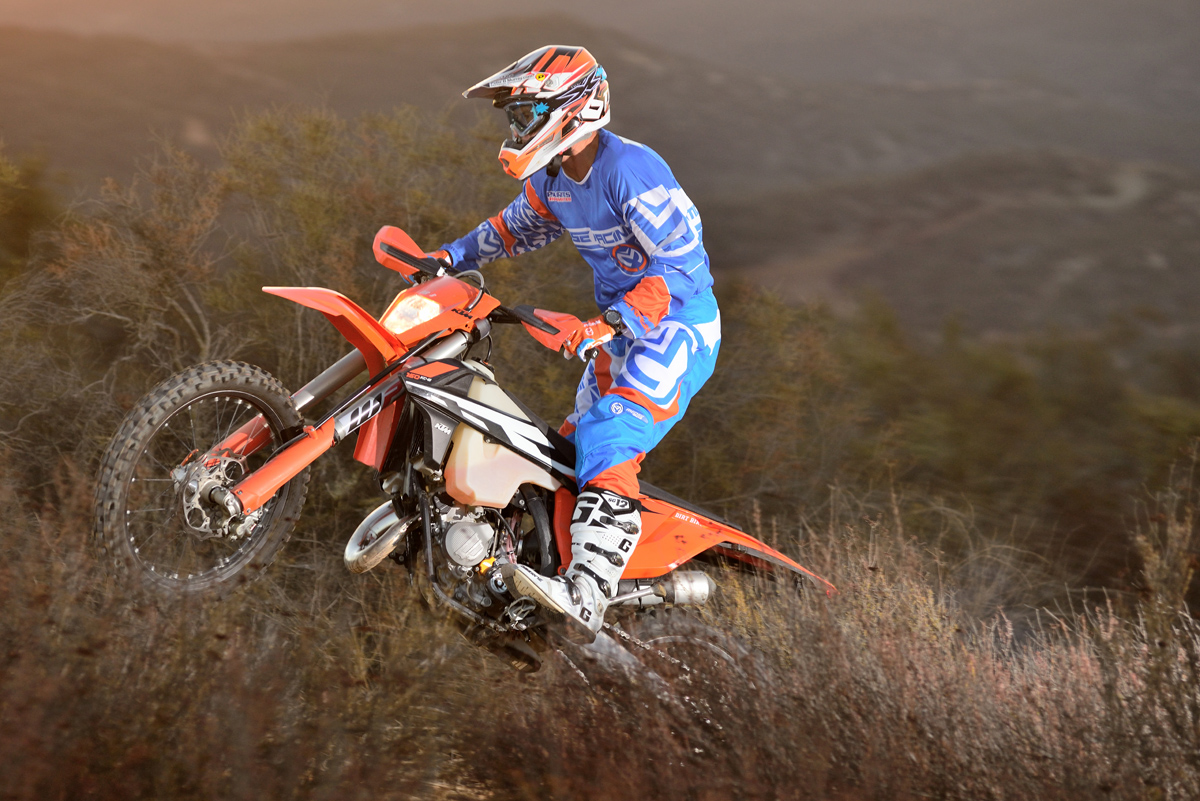 I fell in love with the KTM 150XC-W. I’ve always liked small off road bikes, but most manufacturers stopped making them. When the 150 arrived, I took it and ran. It’s so light it makes everything seem easier. I even raced MX at REM on the bike, and won my class (one of the old expert classes) for the first time in a long time. Funny, when you win, it’s hard not to like your bike. 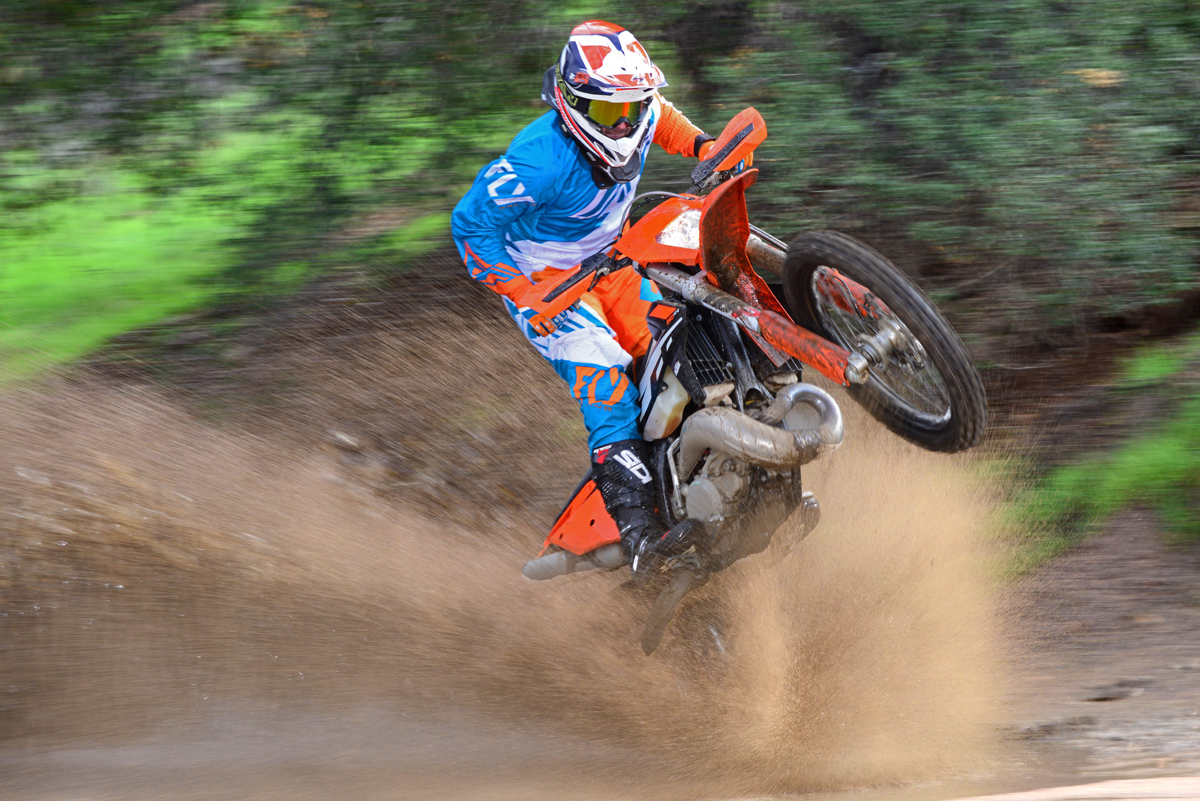 I see now that I was a little impulsive to declare the 150 the best bike of all time. When the 250 version of the same bike arrived, I realized that I like all two-stroke off-road bikes. The 250 is almost as light and allows me to be a little lazier in hills. It doesn’t have any of the jetting issues that seem to haunt the 300 version of the same thing. I raced it at the Adelanto GP and was delighted to pass a few under-geared 450s on the pavement. Love that sixth gear! 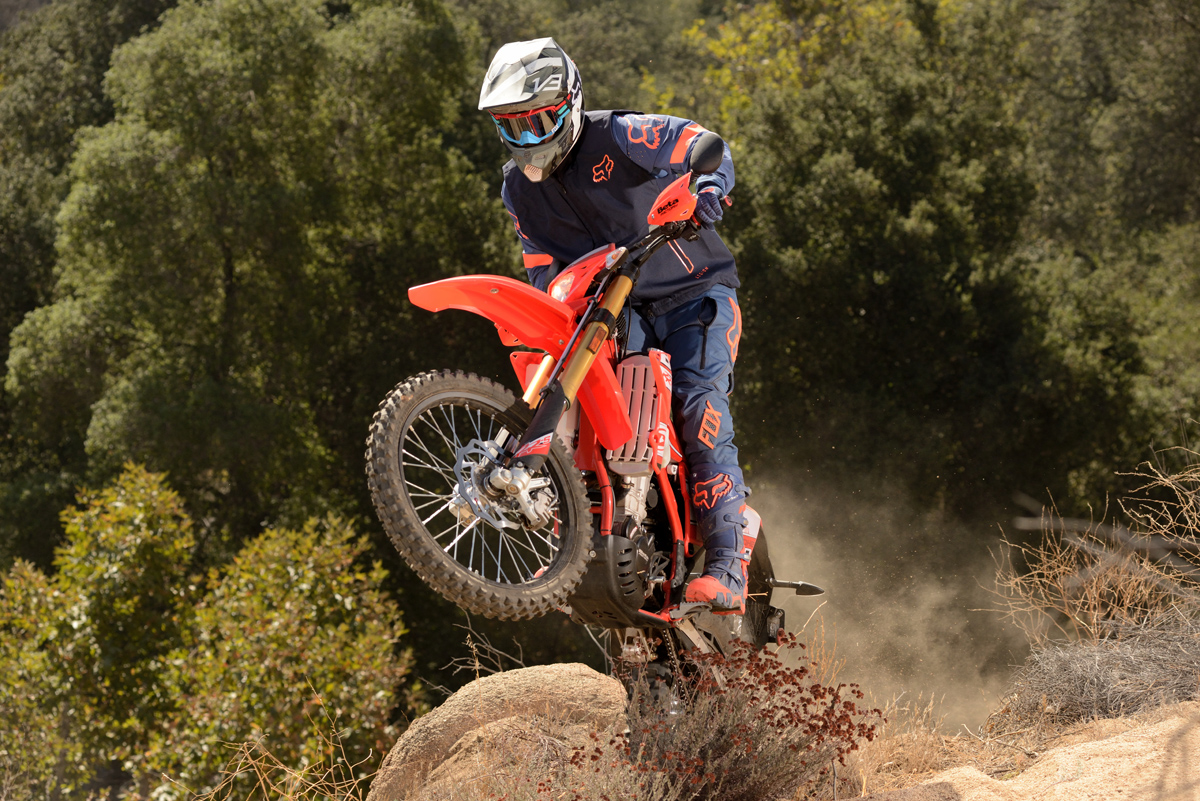 Beta is a smaller manufacturer than anyone else in the dual-sport market, and is able to sell bikes that are less restricted. We don’t ask any questions, just enjoy the ride. The 350RR-S is fully street legal but seems uncompromised in any way. The EFI is flawless and the bike is a blast. It’s probably the best legitimate dual-sport bike I’ve ever ridden. Here’s the catch: I haven’t yet ridden the 2017 KTMs or Huskys. Next month … 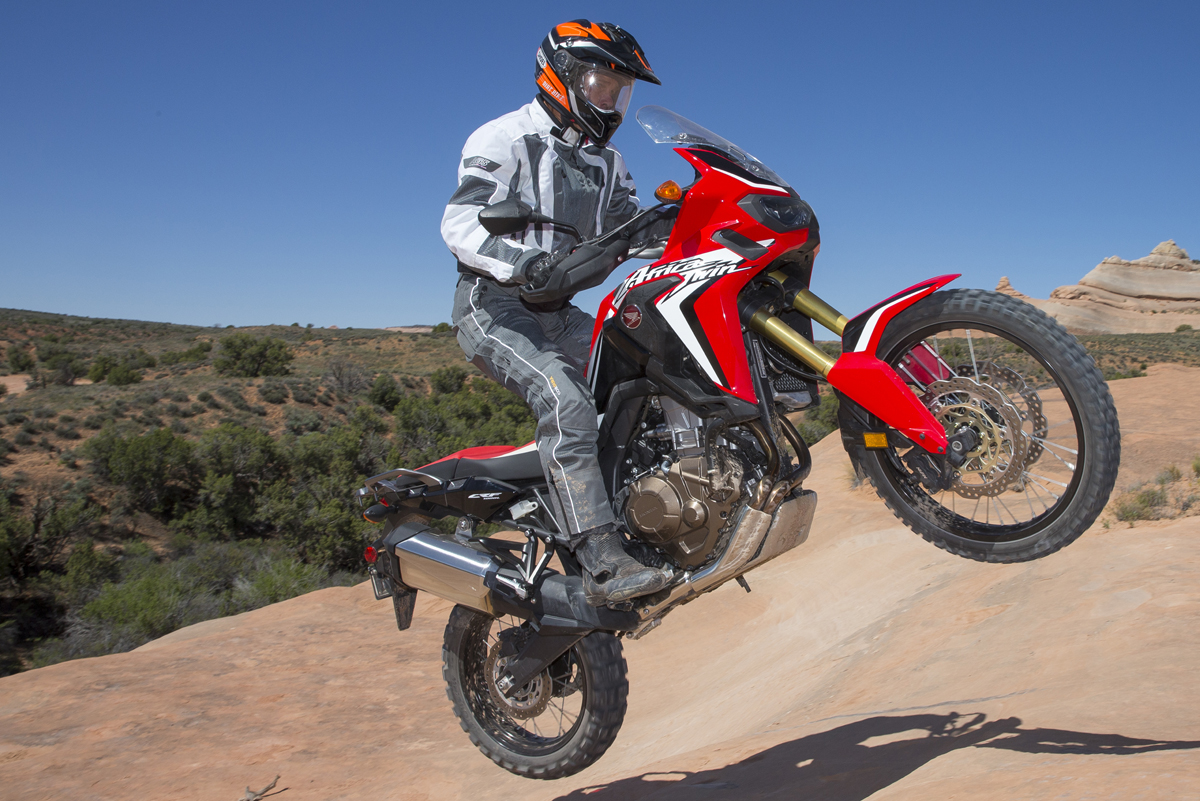 I need to admit that the KTM 1190 is superior to the Honda in most ways. It has better electronic features and it’s much more powerful. For me, though, the KTM is more than I want. My license would be gone in a few weeks. The Honda is happier at the speed limit and almost as capable off-road as the KTM. The bike I’m anxious to try is the new KTM 1090, which should be out soon.

This weekend, I looking forward to riding the VCMC qualifier in Gorman. Here’s the info: The race is the first of this year’s western qualifier series for the ISDE in France. There is a total of three rounds in the west,  three in the east and a single three-day event in Tennessee. Erek Kudla recently joined the AMA as the Off-Road Competition director, which is a tough and thankless job. Everyone thinks he knows how to do his job, but few people offer to help. The new series is his baby. Here’s the schedule: The NVBDR is a 900-mile route that starts in Oatman, AZ, and ends in Jarbidge, NV. The documentary captures the raw experience of the group of riders as they make the first expedition of this remote and rugged route. Viewers will get a glimpse of the history and wildlands that are just beyond the Vegas Strip. High-definition aerial footage will captivate the audience as they get a birds eye view of wildlands and majestic places most people never see, as the team explores Nevada’s remote desert landscapes, alpine vistas, and open sagebrush valleys.  Discovering the state’s maverick spirit, the team encounters ghost towns, historic wild-west saloons, relics from Nevada’s rich mining history, desert sculptures, murals, and the world’s largest car forest. Most importantly, the film reveals miles of meandering two-track roads that are just perfect for spending time on an adventure motorcycle. 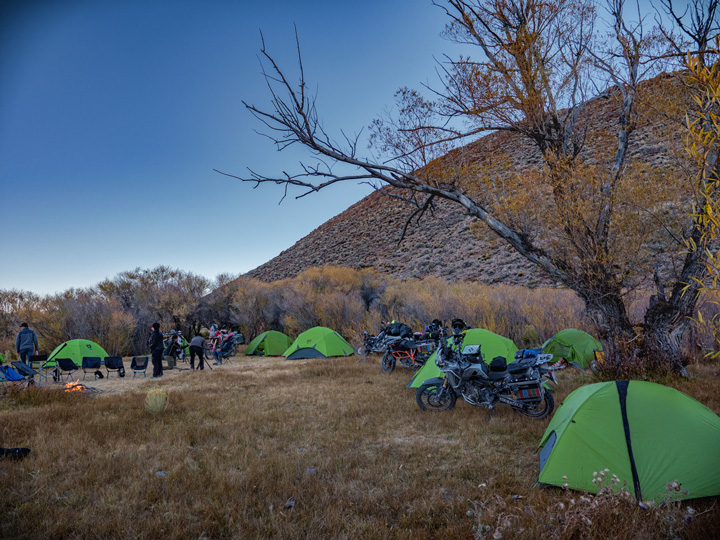 The waterproof and tear-resistant map from Butler Motorcycle Maps contains the main route, detailed sections on the back, information on points of interest, gas stops, camping, elevation profiles, climate guide, and much more.
The NVBDR Map and DVD are available through Touratech-USA and Butler Motorcycle Maps beginning March 1, 2017.

We just now got photos of the 2017 Sherco trials bikes, and as usual, they make us want one. These are imported by a completely different company than the enduro bikes. Go to Ryan Young Products for more info.
125 ST Factory

The 125 ST is perfectly tailored towards the junior trials rider, regardless whether a beginner or an enthusiast who prefers a small displacement machine. The reference bike in its category, the 125 ST Factory offers the full potential of the 2017 model and is further enhanced by the completeness of the components and its inimitable look. From the Öhlins shock and Tech aluminum fork to the Sherco cylinder head and the Michelin X-Lite tires, everything is tuned for competition at the highest level. Not to mention the anodized components and the graphics kit identical to that of the official team motorcycles. Because there is no age limit to riding like a champion.

Albert Cabestany does not neglect any detail to reach the world podium: his ST Factory is a model of precision and efficiency. The new factory replica is almost identical to the bike Albert competes on and is available in both 250 and 300 displacements. The ST Racing models are equipped with many special parts such as the Tech aluminum fork,  an Öhlins shock absorber, Michelin X-Lite tires, Galfer brake discs, CDI dual spark ignition, a Sherco cylinder head and an updated diaphragm clutch that is even more precise. The total package is enhanced with the Factory replica graphics, creating a stunning look.

Fant Files: In the Pits of Phoenix Supercross