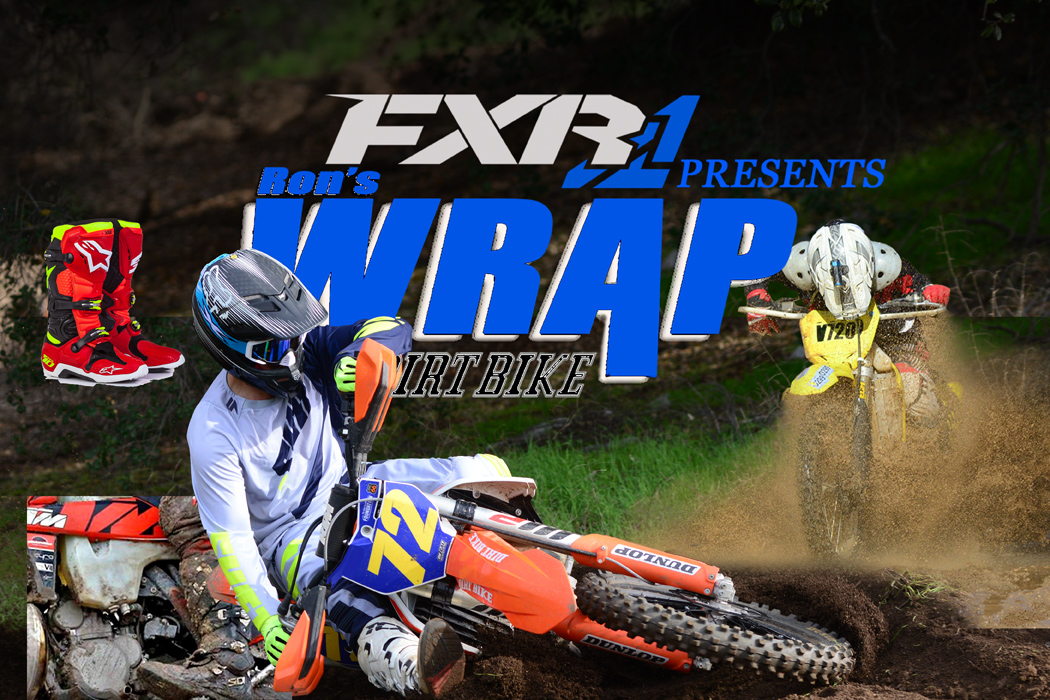 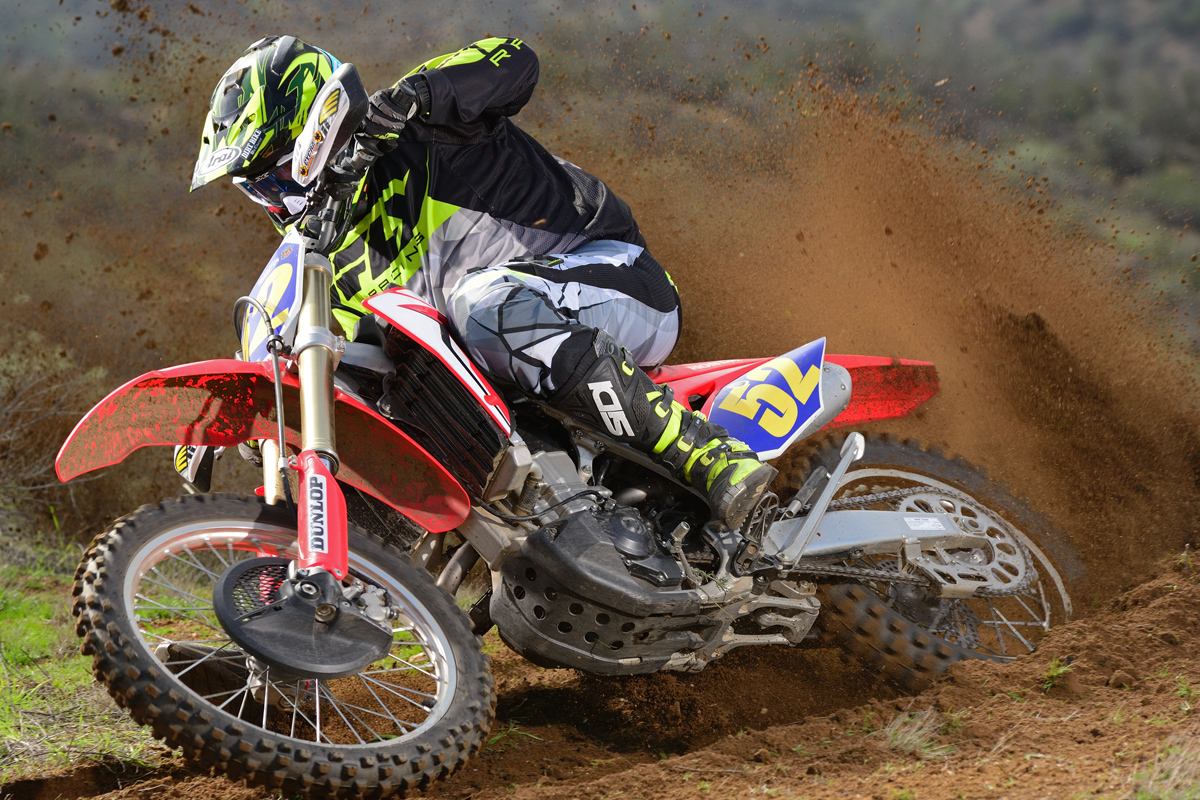 Were’s still working on the 450 off-road shootout, which involves the KTM 450XC, the Husky FX450, the Honda CRF450RX and the Yamaha YZ450FX. Okay, work isn’t the right word, but now almost all the testing is done, we’ve chosen a winner and it’s time to sit down and write the story. 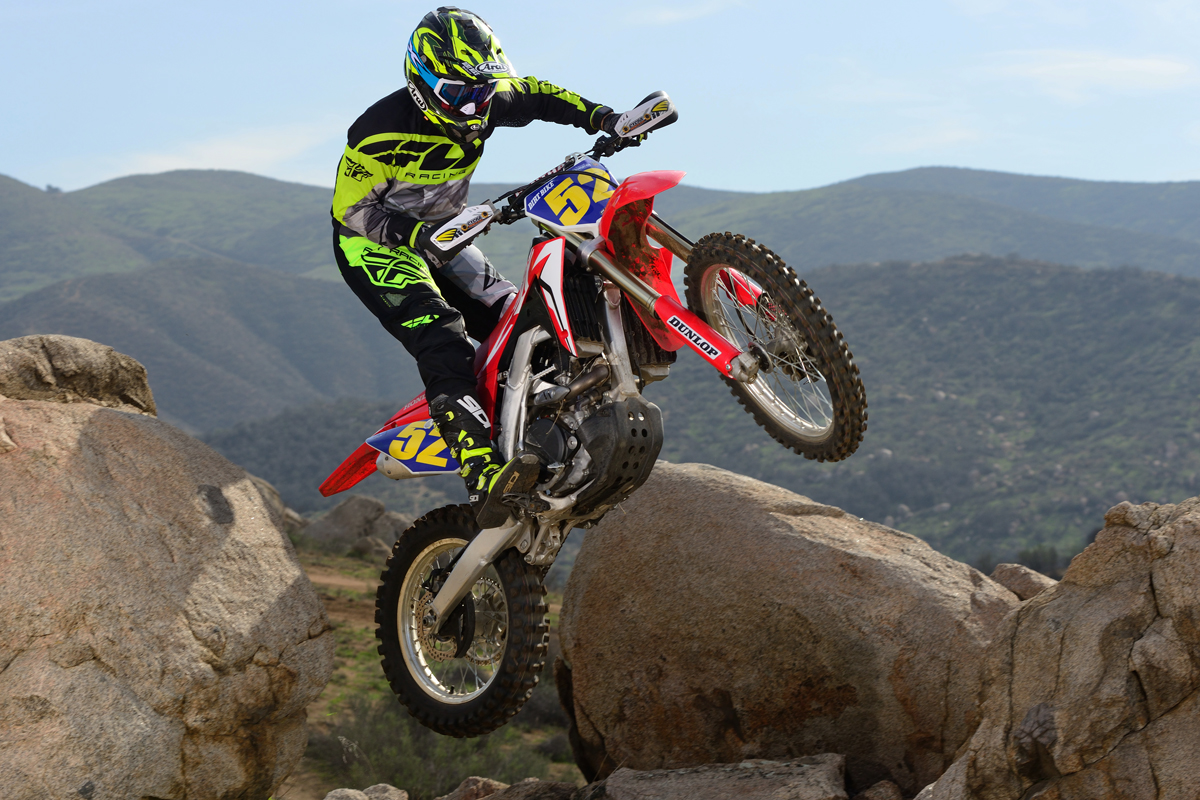 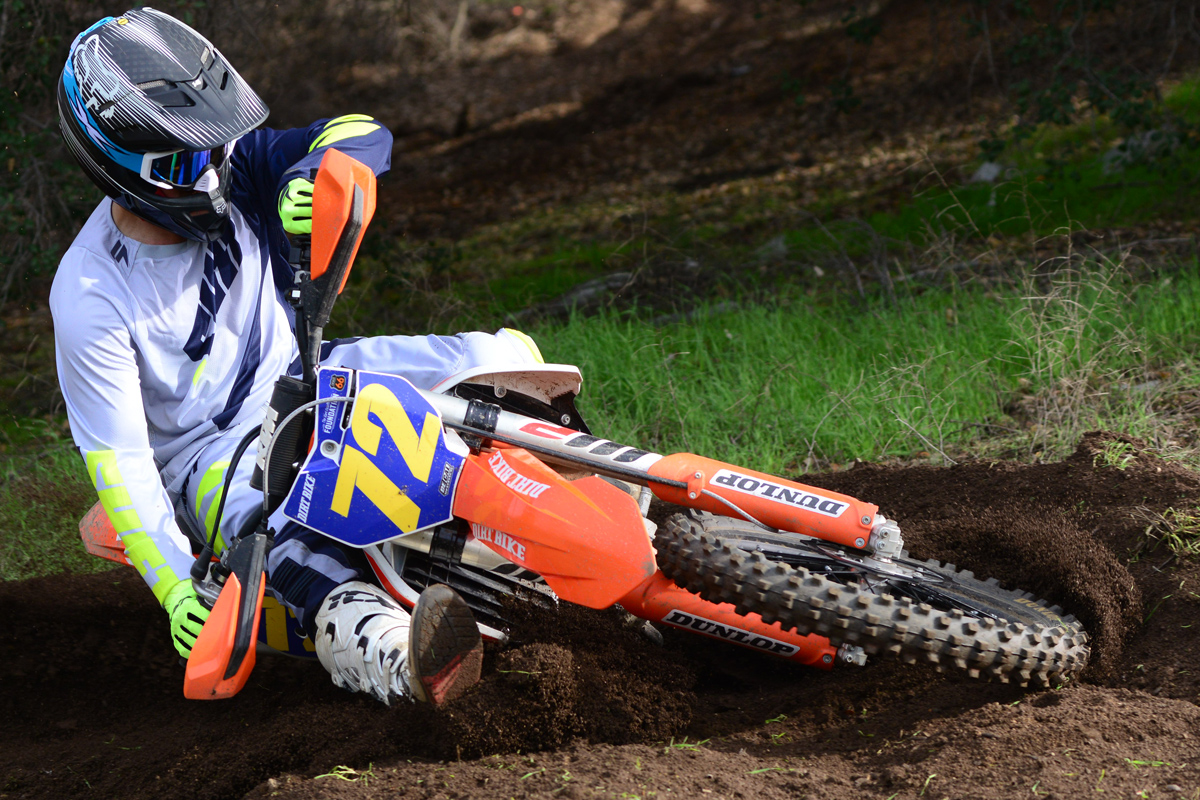 For this year’s contest, the Yamaha has changed, but so has the KTM. And now there are other factors. Honda has an off-road 450 competition bike and so does Husky. It was one of the most difficult shootouts to call. Look for it in the April print edition of Dirt Bike.

We get a little excited about the Adelanto GP. It’s the biggest off-road motorcycle race in the country, and it’s incredibly well organized. This year there was a problem that caused the West coast GP to be halted on Saturday and then resumed on Sunday, but that was the call of city officials, not So Cal MC or District 37. Still, it was a great event.

The Kenda/SRT Western Regional Hare Scrambles Championship is off and running. The first round was last weekend at Prairie City OHV, where the Hangtown National MX is held. It’s been raining nonstop for about a month up there, so the race was an epic mudder. In the end, the top five were:
1. Joey Fiasconaro
2. Dare DeMartile
3. Justin Bonita

We don’t know where this idea came from, but is cool that even the stupidest thoughts sometimes become reality. The Hahnenkamm race is the toughest contest in skiing’s World Cup. World Champion MotoGP rider Marc Márquez took his Repsol Honda RC213V downthe slope with the help of Austrian ice speedway legend Franky Zorn – who fitted his RC213V with special tyre spikes. 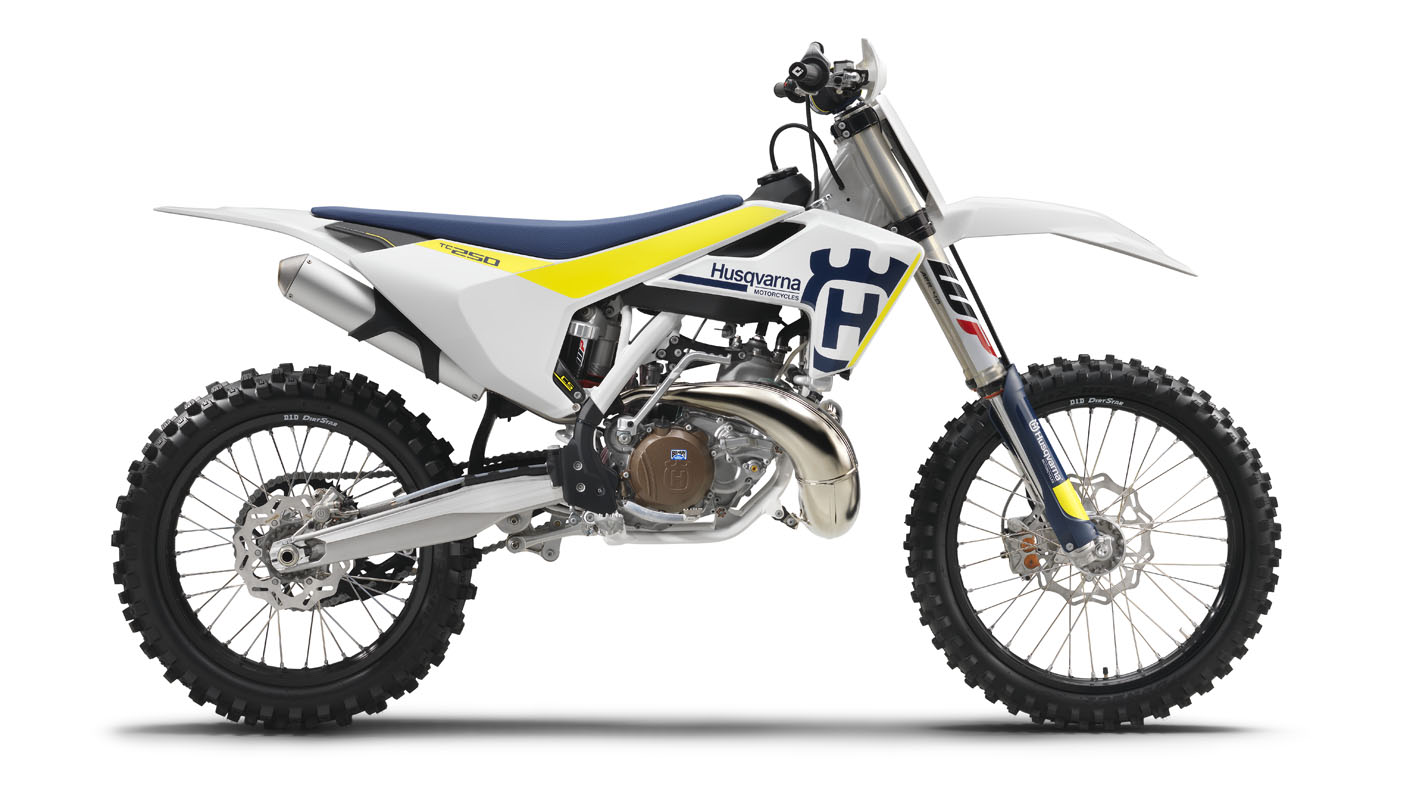 You might or might not know about this, but it’s scary. The U.S. Trade Representative has proposed a 100 percent tariff on European motorcycles for bizarre reasons. Apparently, the European union wants to stop importing U.S. beef that is produced with growth hormones. Sounds reasonable. Our response is to threaten a massive tax on over 100 European products, including motorcycles. You can click here to see the proposal. You have to scroll down to see motorcycles appear on the list, right after hair clippers, yarn and glue. The guy in charge–for now–is William L. Busis, a Obama cabinet member. The next guy will likely be Trump’s pick for the job, Robert Lighthizer. It’s unclear when he will take over, or even how he will view the matter. He has a reputation for unothodox tactics, but that might be bad for us. Punishing motorcyclists for problems in unrelated areas is clearly unothodox. For now, you can send your outrage to the outgoing chairman
Section 301 Committee
Office of the U.S. Trade Representative
600 17th St., N.W.
Washington, D.C. 20508
Re: Docket No. USTR-2016-0025 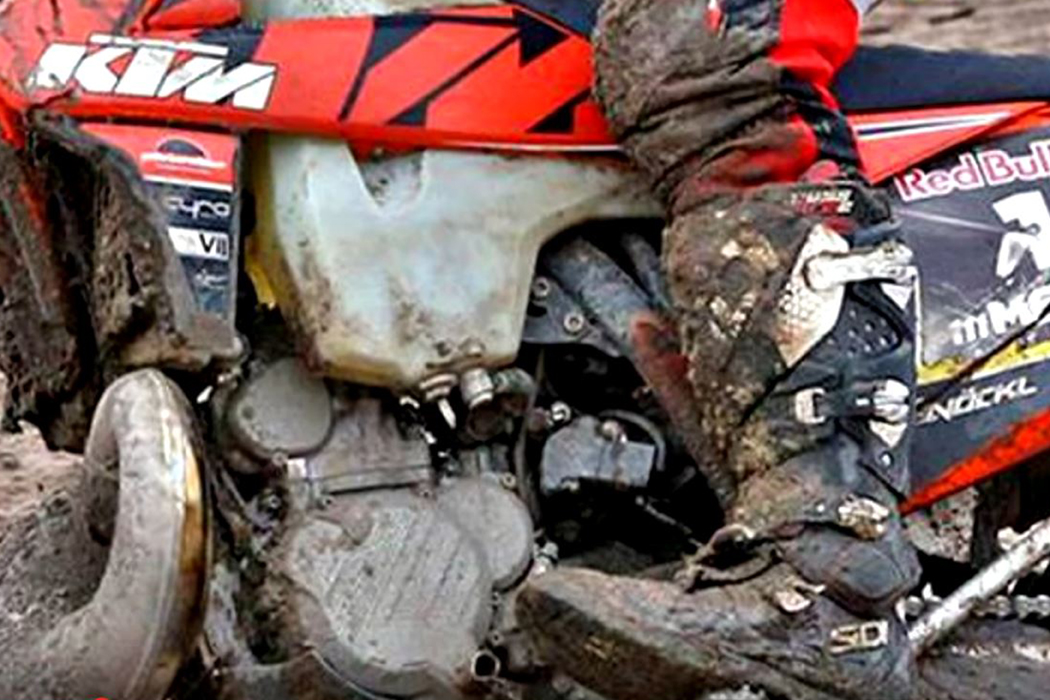 KTM hasn’t kept any secrets about its plan to introduce a fuel injected two stroke either in 2018 or 2019.  In 2020, the new Euro 5 emission testing will be in effect, so KTM probably designed the current motor with that in mind. Lars Enockl already rode a prototype injected KTM two-stroke in the Roof of Africa and the Red Bull Megawatt Enduro. If the production bike does get injected in 2018 or 2019, it won’t be direct injection as we’ve seen in the marine and snowmobile industry. It will have throttle body injectors, much like a current four-strokes, and is unlikely to pass U.S. emission testing. The fact that KTM invested so much in this motor tells us that direct injection is still far in the distance. 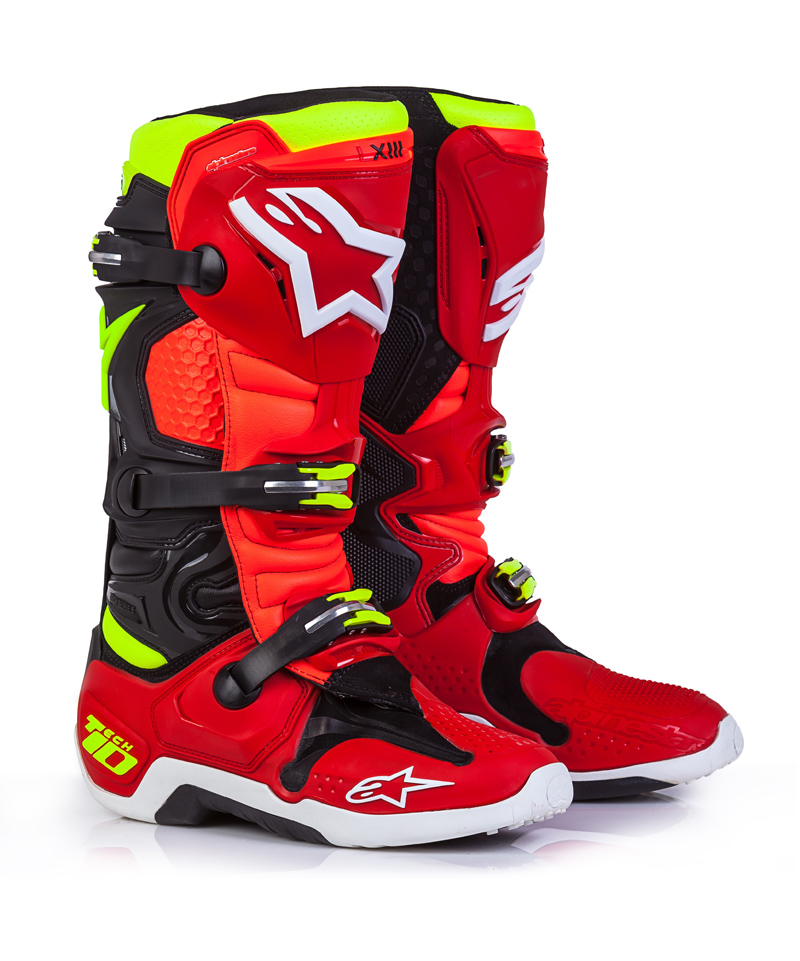 As racing returns to Anaheim for round three of Monster Energy AMA Supercross, riders are at the top of their confidence, the race season is heating up, and the hunt for the championship is underway. Many know that A-2 is not a race where the championship can be won, but it is certainly a venue where the hopes of a title can be extinguished.

To help ignite the fire under the world’s top riders, Alpinestars has created the Limited Edition ‘Torch’ Tech 10. Bringing jolt of energy to your feet, the ‘Torch’ Tech 10 hosts a red lower chassis, a fluo red upper, a black rear, and fluo yellow accents finish off the look.