FRIDAY WRAP UP: A NEW 2-STROKE & NATIONAL WARM UP 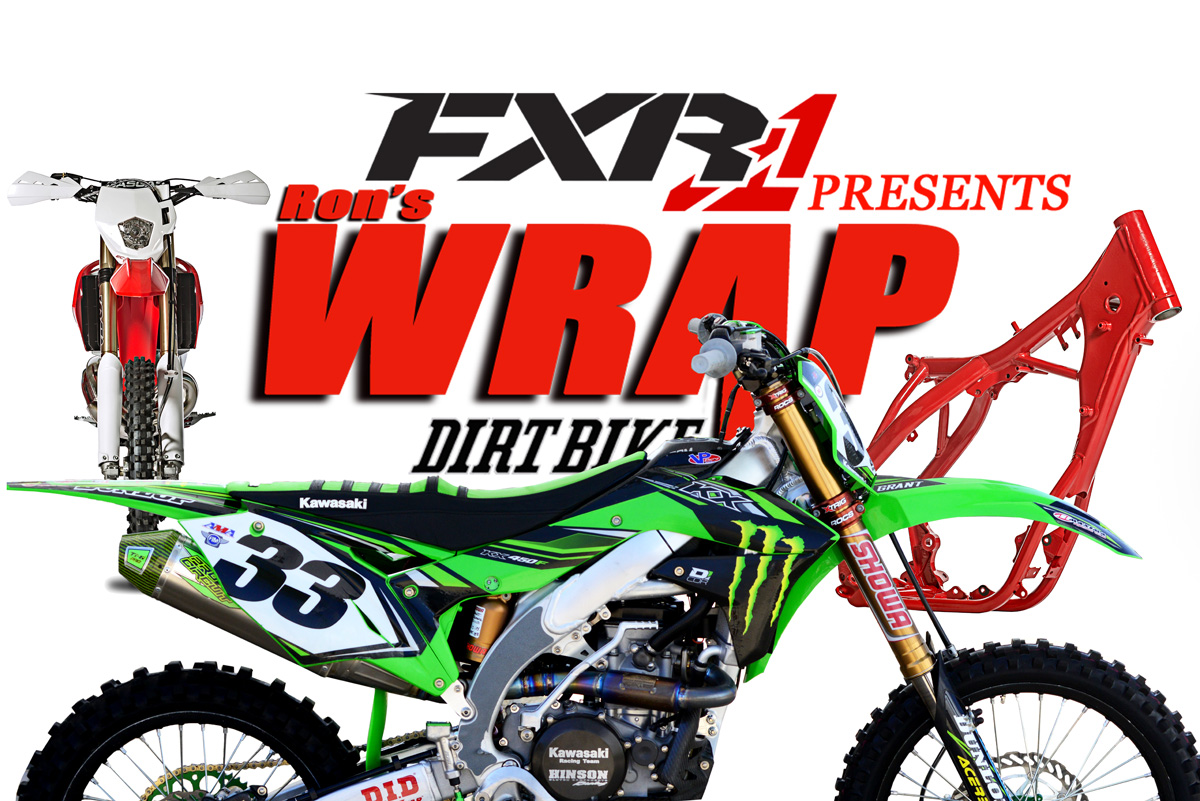 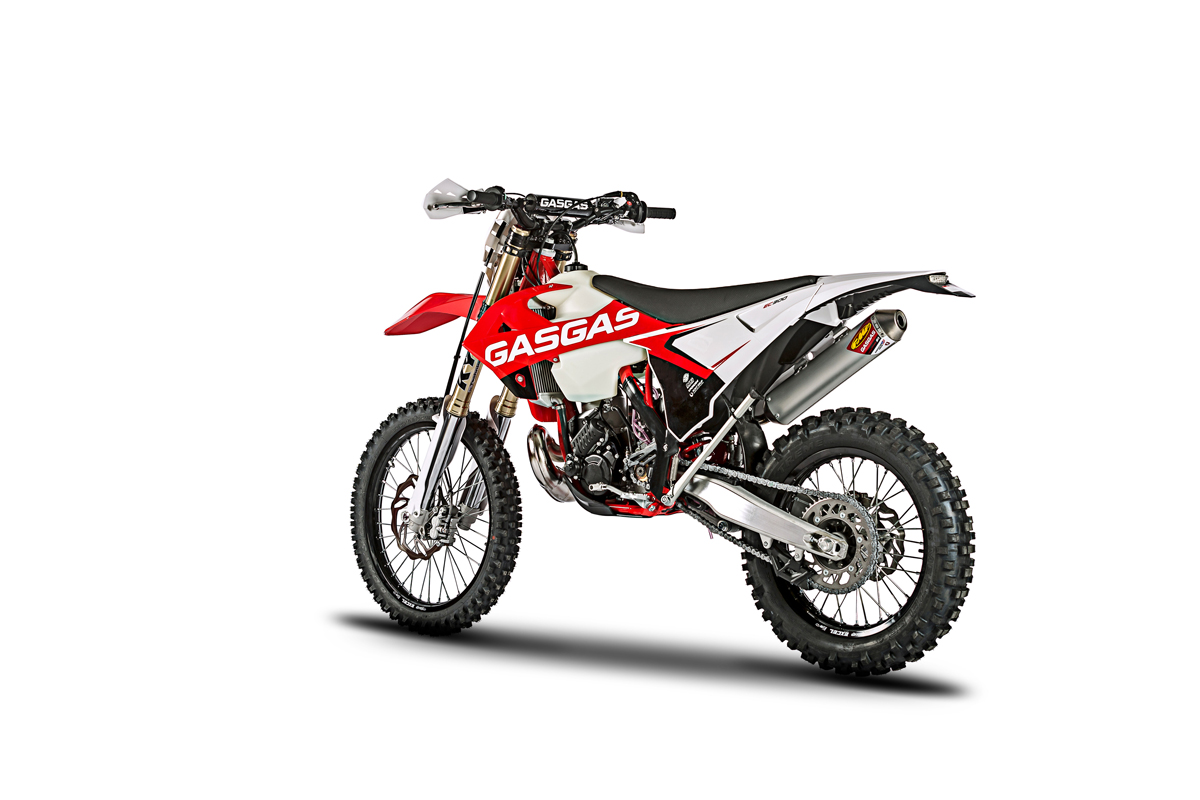 New models for 2018 are showing up every day now. With all the news coming out of Honda and KTM, it’s easy for Gas Gas to get lost and overlooked. But the new EC250 and EC300 are worth looking long and hard at. In the past, Gas Gas has always been so small that it’s easy to dismiss. That has changed. With the new ownership there’s an influx of resources that allows the engineers to execute the designs and ideas they’ve always had on the board. 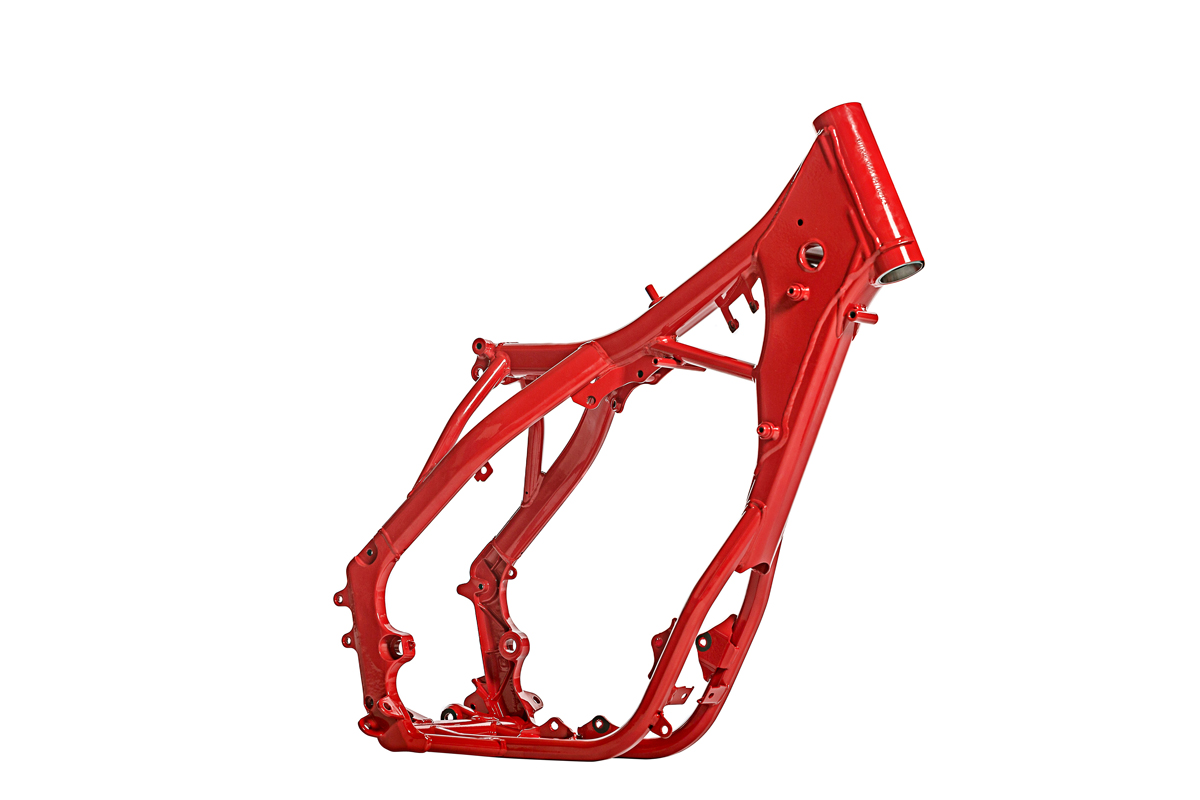 In recent years, Gas Gas motorcycles have been handicapped by excess weight. It was easy to see that most of it was in the frame. The new bike has a completely different chassis and the frame is said to be 20% lighter. They say the subframe is 15% lighter and the swingarm is 7% lighter. We still don’t think the bike will be the lightest in the class, but it’s clearly a step in the right direction. 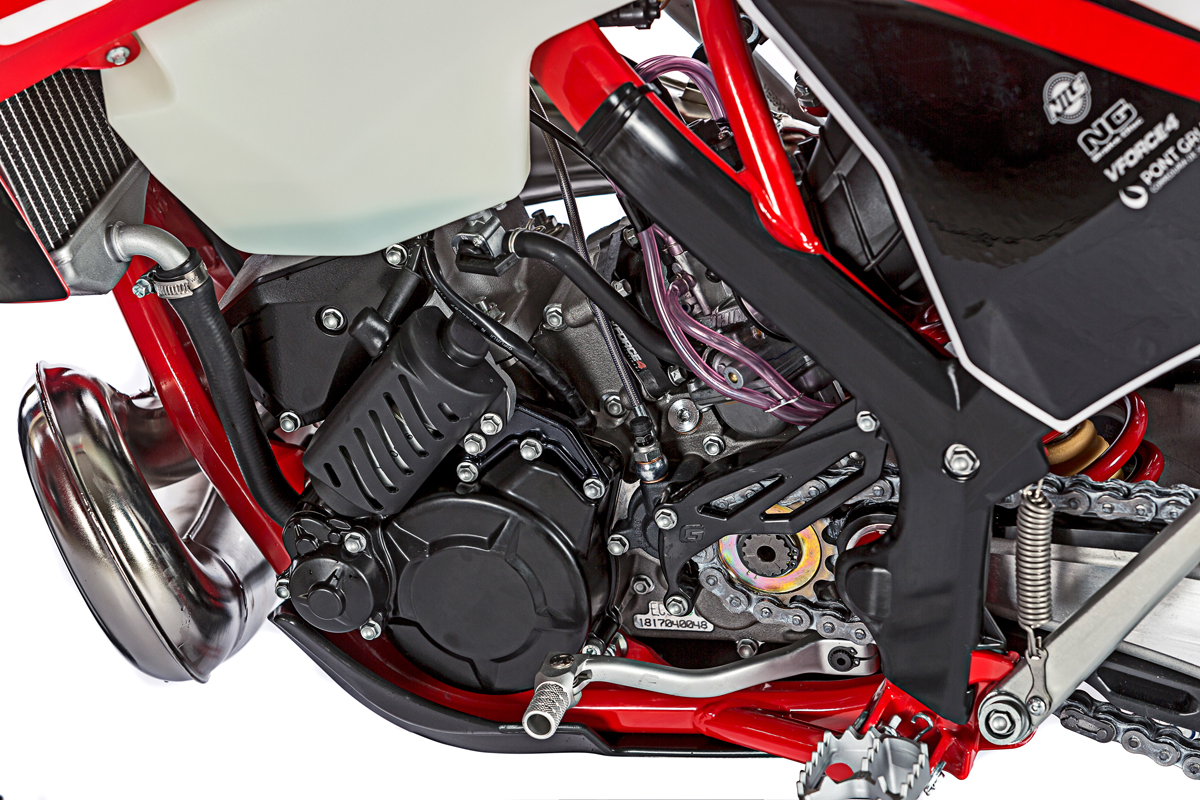 As far as the engine itself, there’s a lot that’s familiar. The layout hasn’t changed, but the crank, cylinder and head are new. The claims for increased power are fairly dramatic. For the 300, Gas Gas says that peak power is up from 45 hp to 55 hp. On the 250 the increase is from 42.5 to 50. 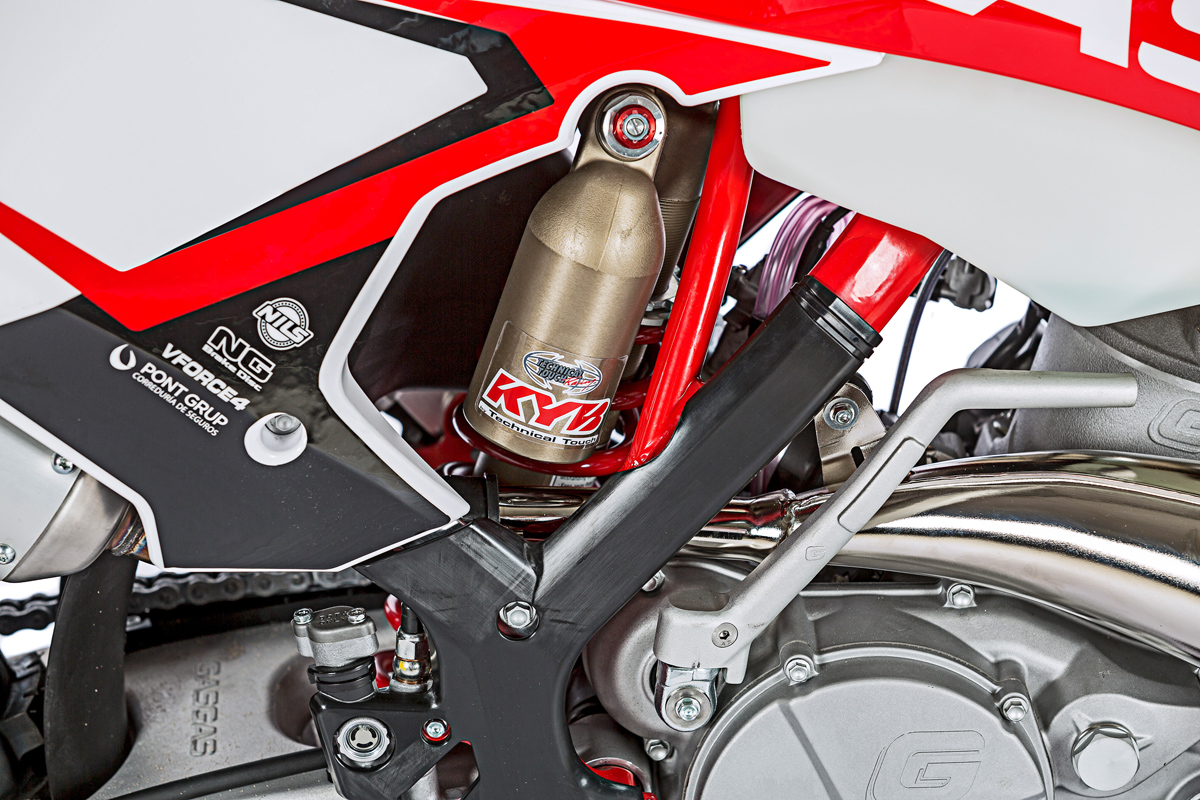 Suspension components are KYB, brakes are Nissin and the exhaust is FMF.  We’re actually pretty excited about the bike, which will be available in both cross country and enduro trim. We get our first chance to ride them at the end of the month. 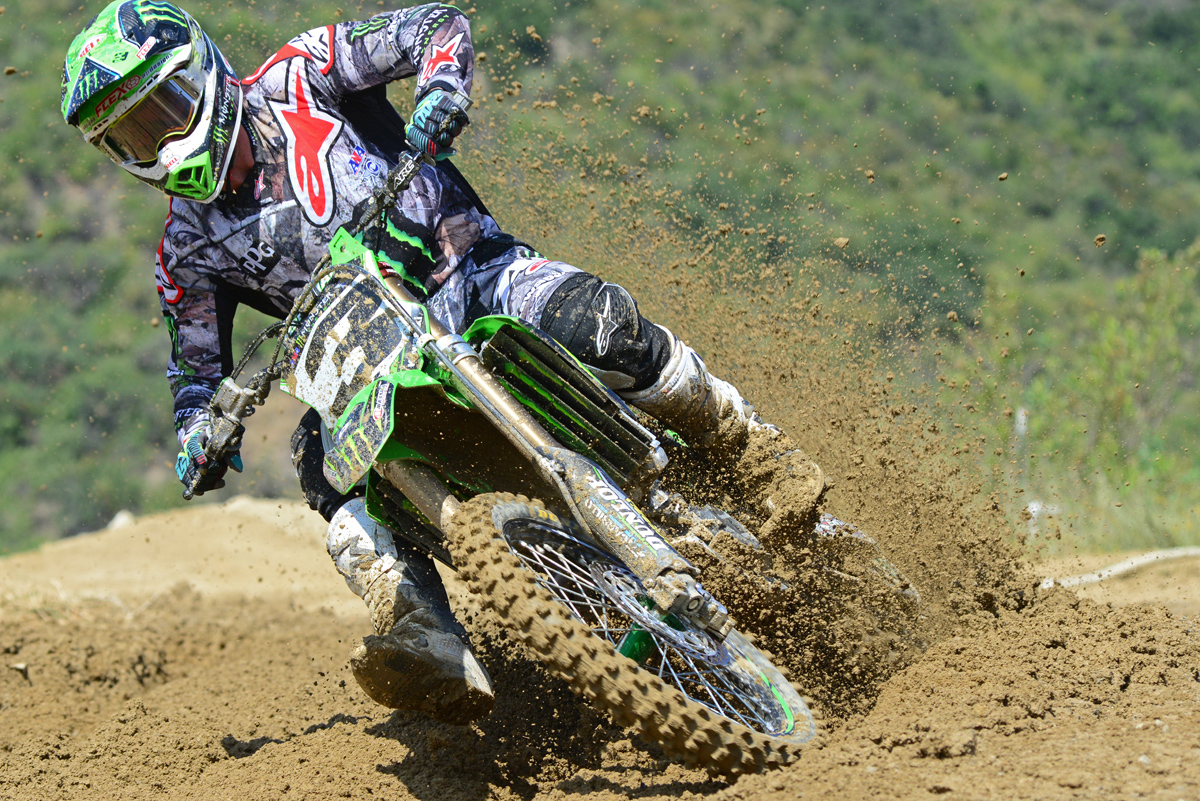 At Glen Helen this week, there was a special Pro-only practice session, and with the Supercross season wrapped up, the factory teams were out in force. 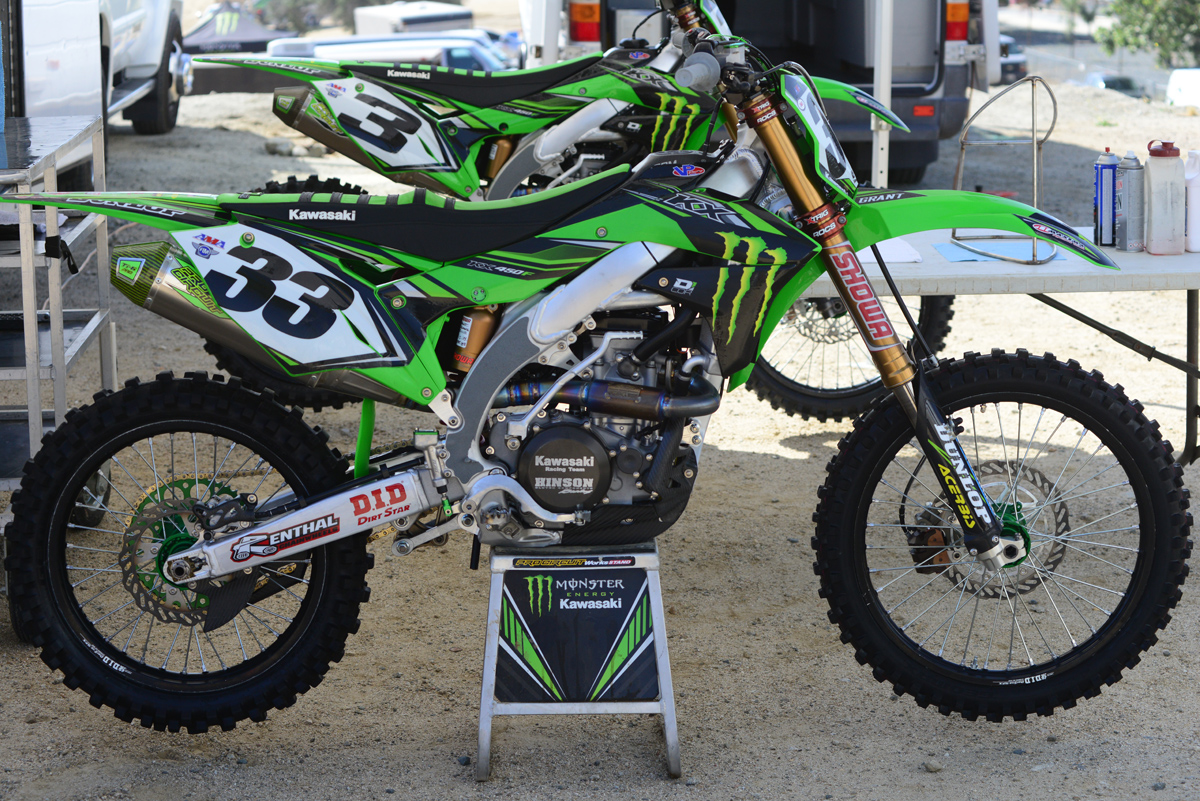 It was our first chance to see the factory hardware as it will be run for the Lucas Oil Pro Motocross Series. There are quite a few differences between Supercross bikes and outdoor bikes. 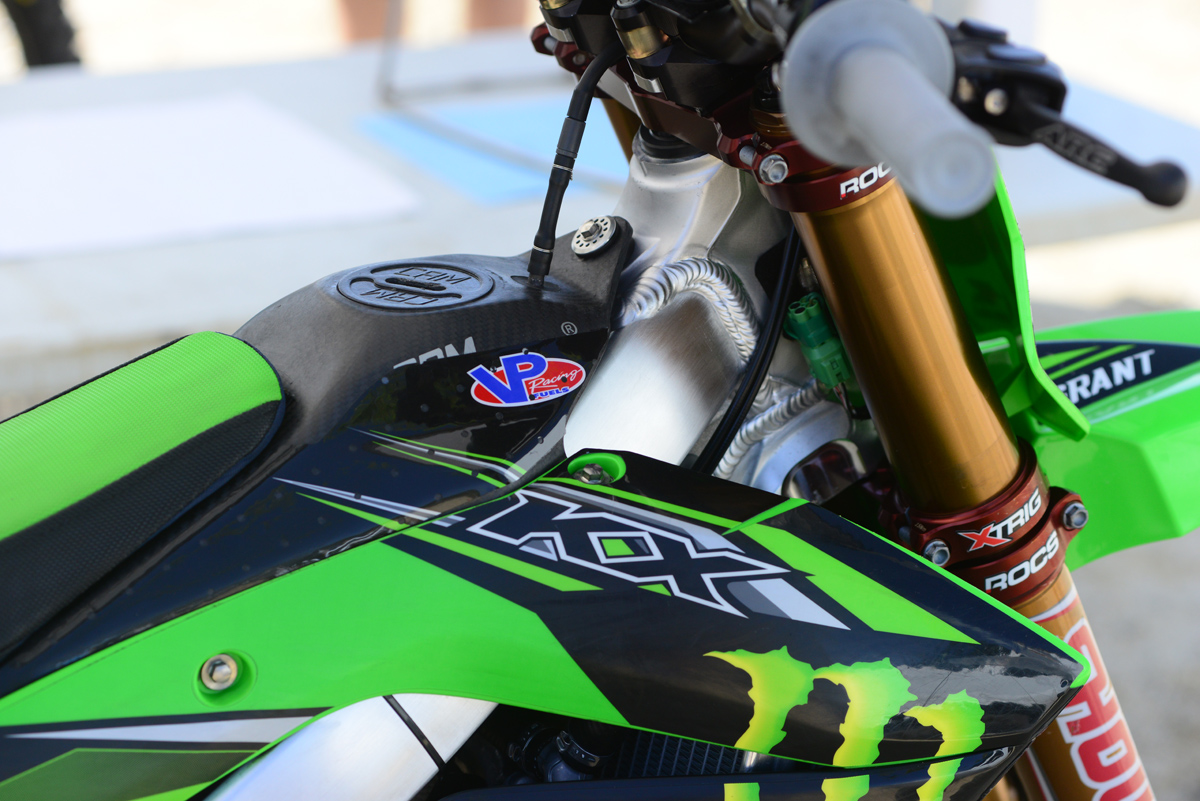 Most of the factory bikes have larger fuel tanks. A company called CRM makes the carbon fiber tanks used by many of them, including this one on Josh Grant’s bike. The mechanics say he will have a quart or so left over at the end of a typical National, but in deep sand or mud, that consumption can go way up. 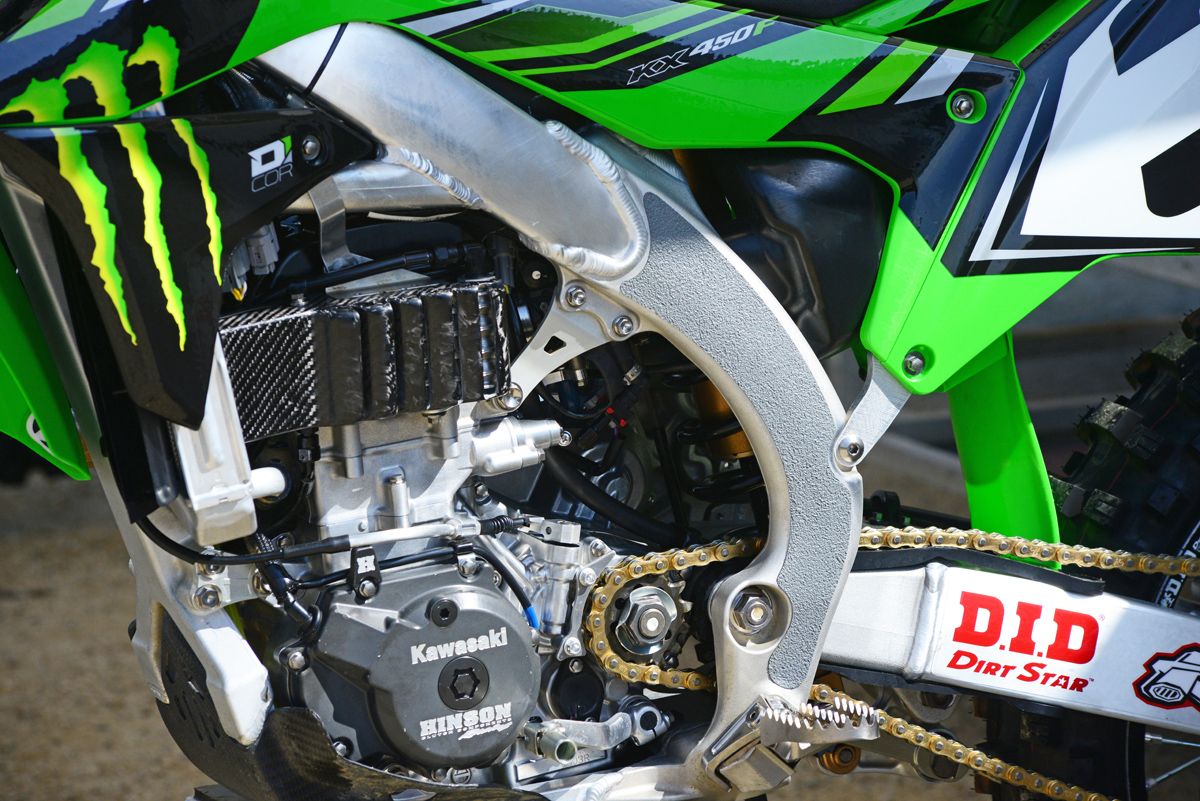 The factory Kawasakis also will run oil coolers for outdoor races. This one is on Eli Tomac’s bike, and it’s said to dramatically increase oil capacity. 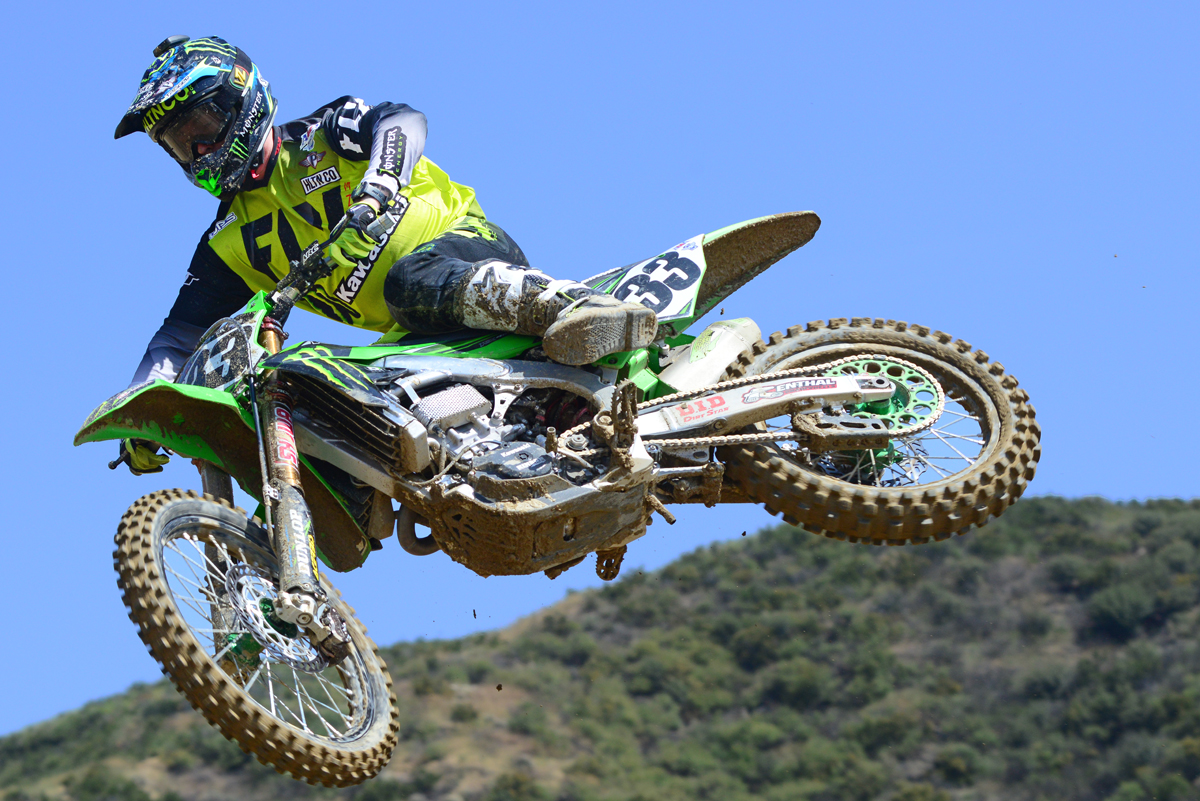 Josh Grant had a different oil cooler on his bike, although both his and Eli’s looked somewhat homemade. Kawasaki looked around for aftermarket coolers, but couldn’t find one to suit their needs, so they fabricated their own. 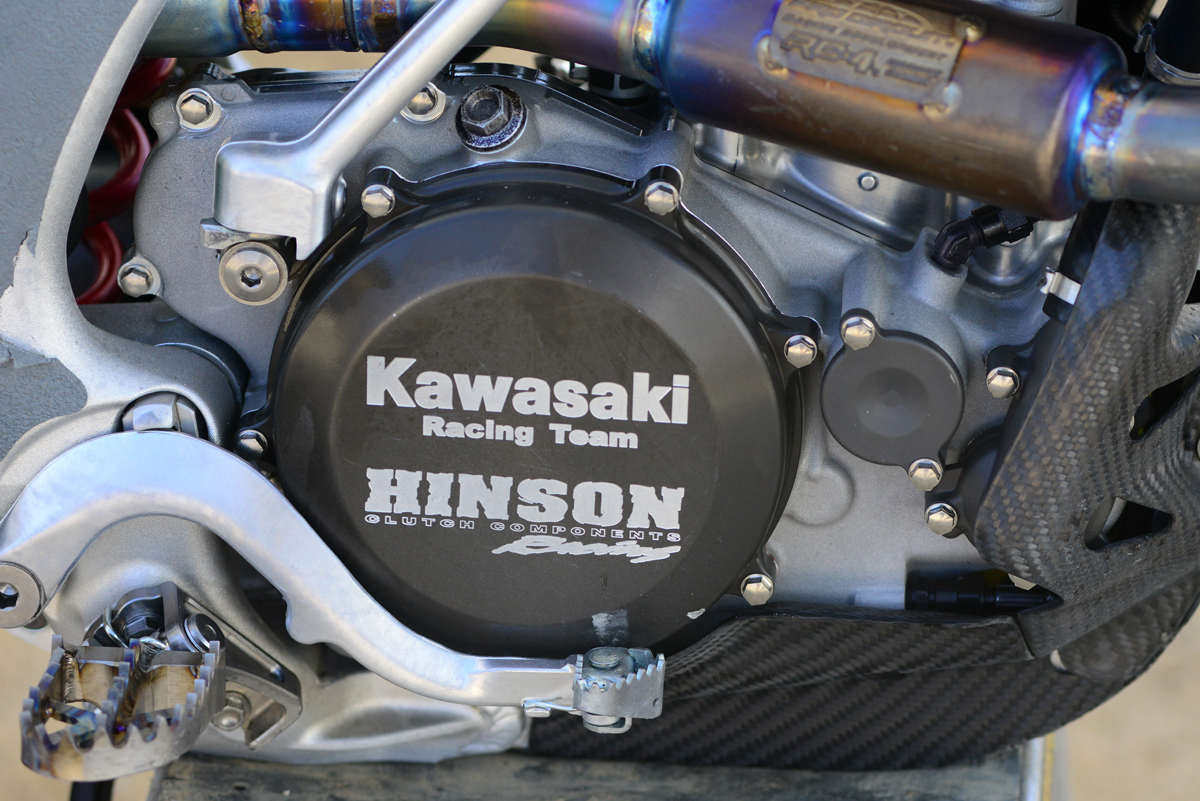 It’s interesting that most of the factories run non-production outer engine cases. The right side case on the Kawasakis and Hondas are sand cast, presumably because of changes to the oil system. 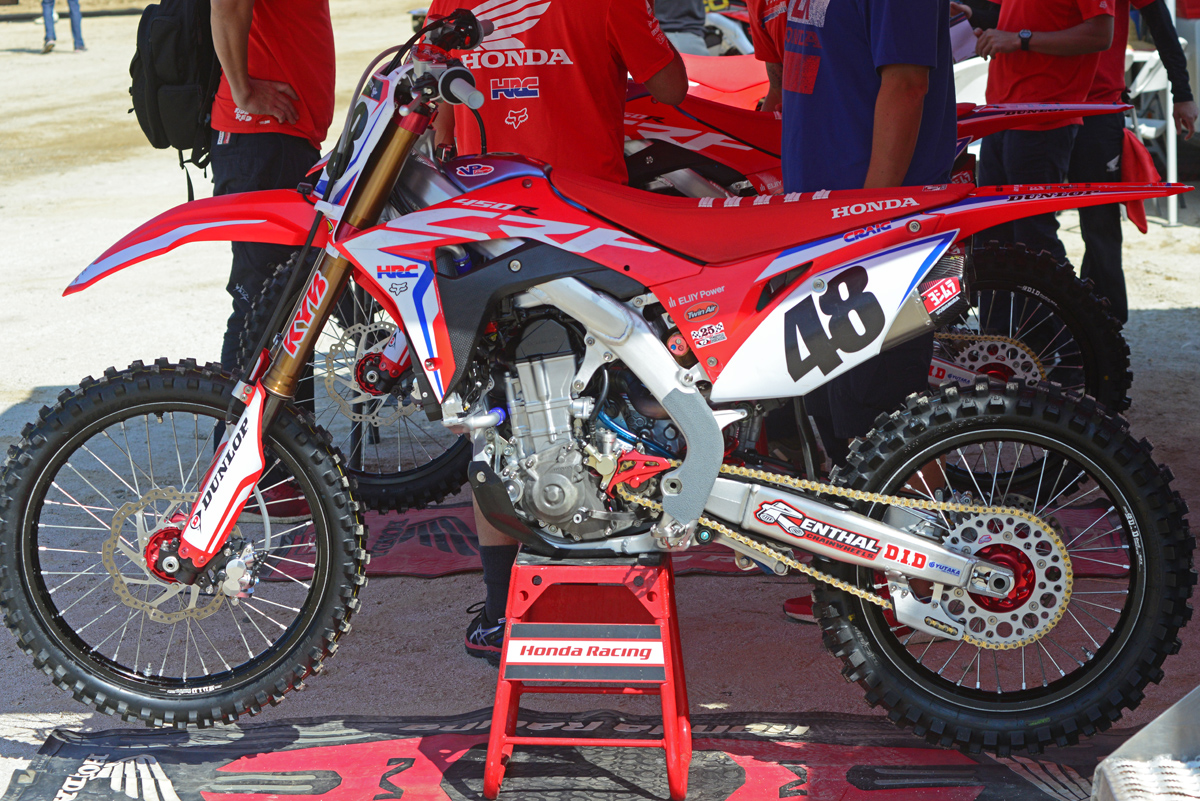 Christian Craig and Cole Seely were both riding and looking healthy after a brutal Supercross season. Their factory Honda CRF450Rs looked like they were prepped for raceday. Both bikes have hydraulic clutches and electric starters without kickstarters, just like the Supercross versions. 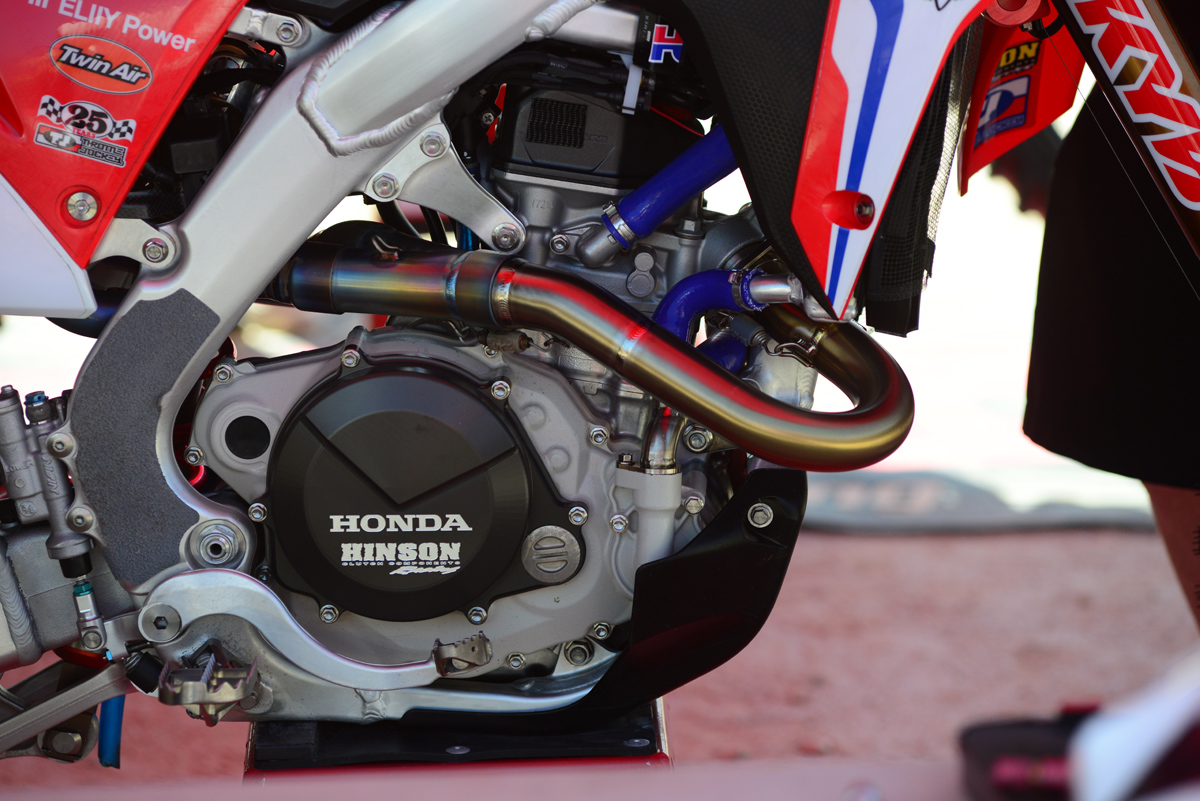 Seely’s bike has a Hinson clutch and once again, a sand-cast right engine case. In configuration, it looks just like the stock one. AMA production rules require stock center cases. 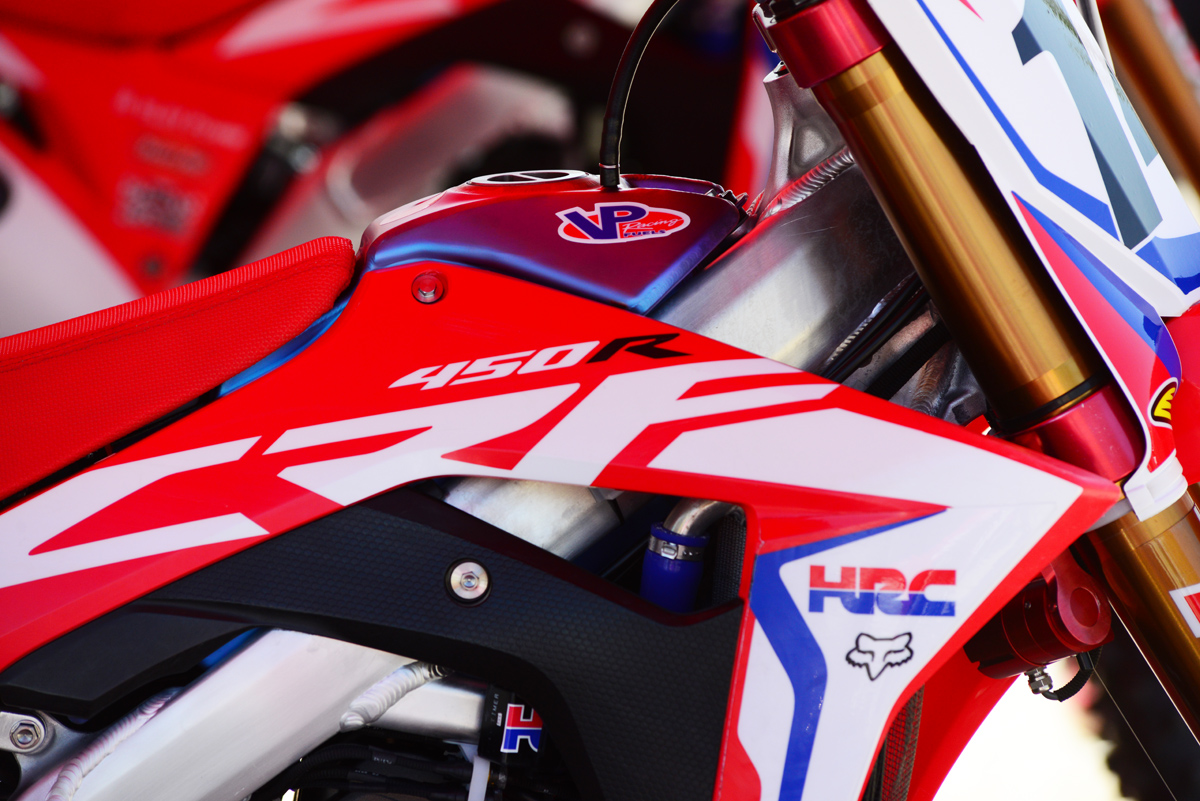 For the factory 450 Honda, the fuel tank is titanium (as is the stocker), but it has greater capacity. The gas cap is flush with the top of the tank. 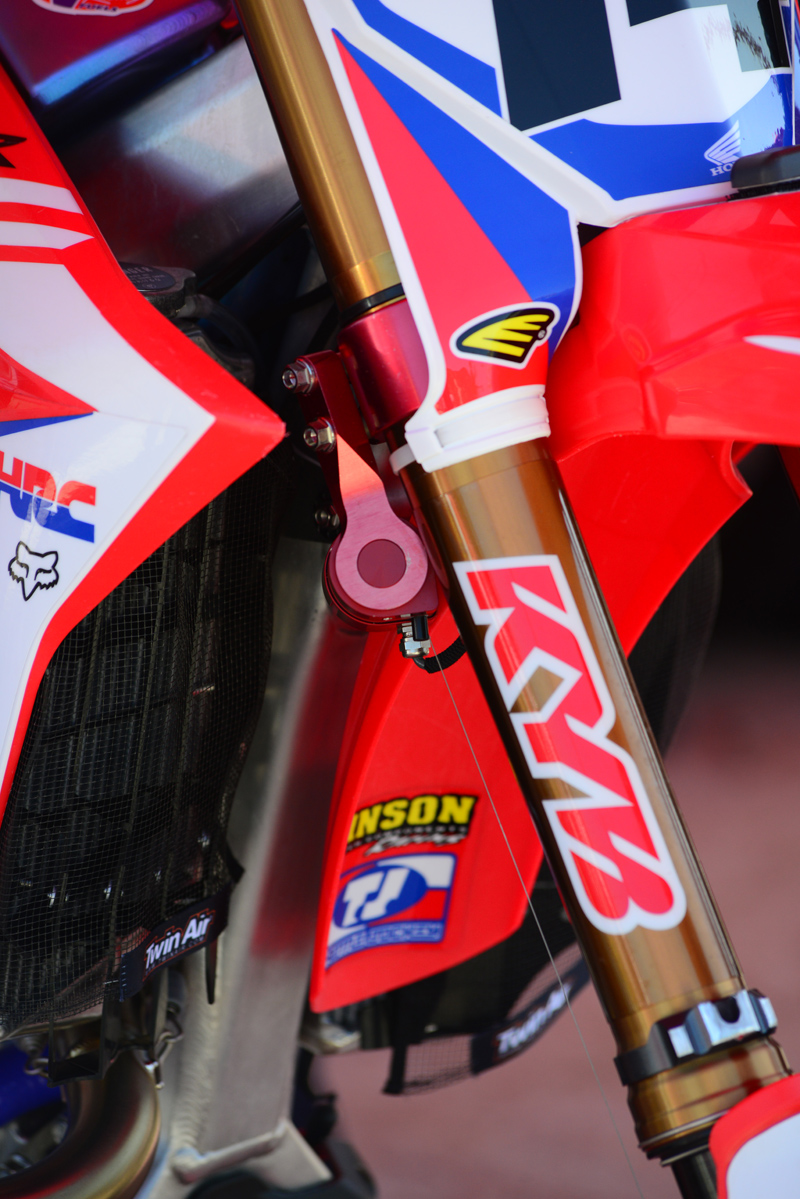 Both Seely and Craig rode this week with fairly elaborate telemetry. The device on the lower triple clamp is a potentiometer. An internal reel is connected to the front axle by wire, allowing the suspension action to be recorded and analysed later. They will not race with this. 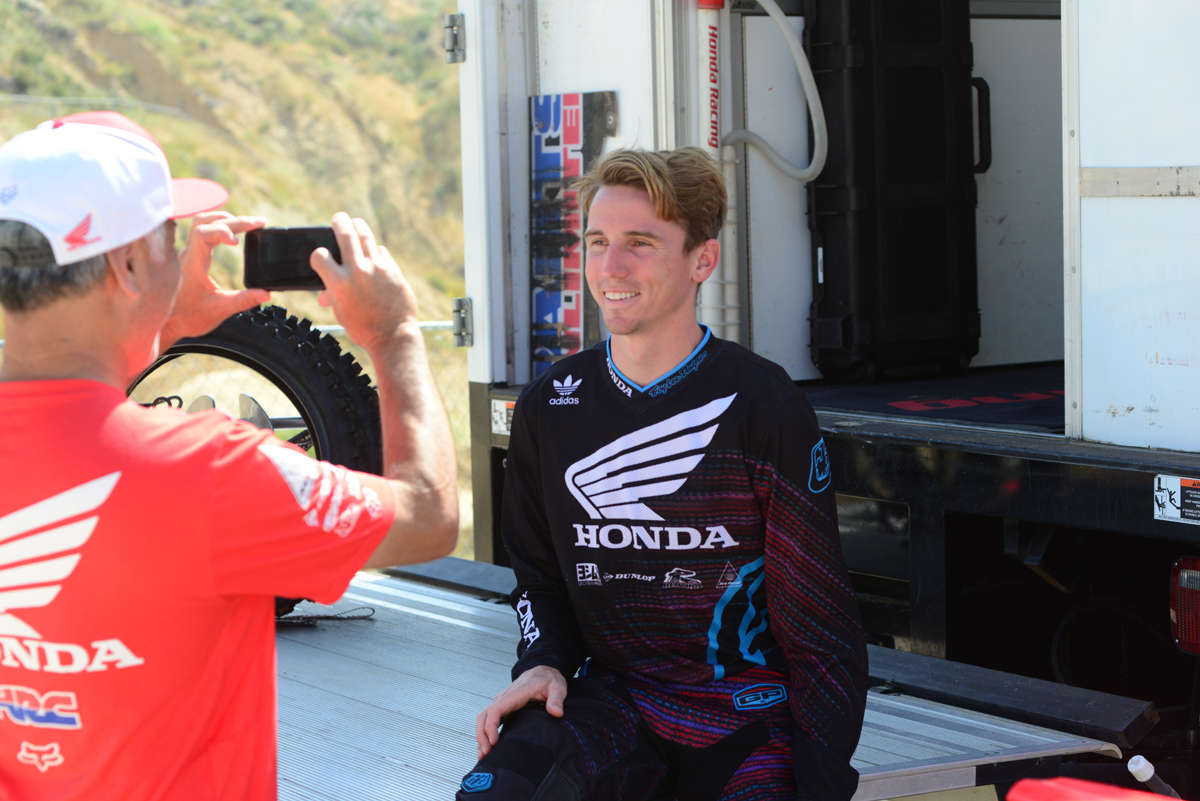 After missing the final round of Supercross, Cole Seely is all smiles and looking healthy. 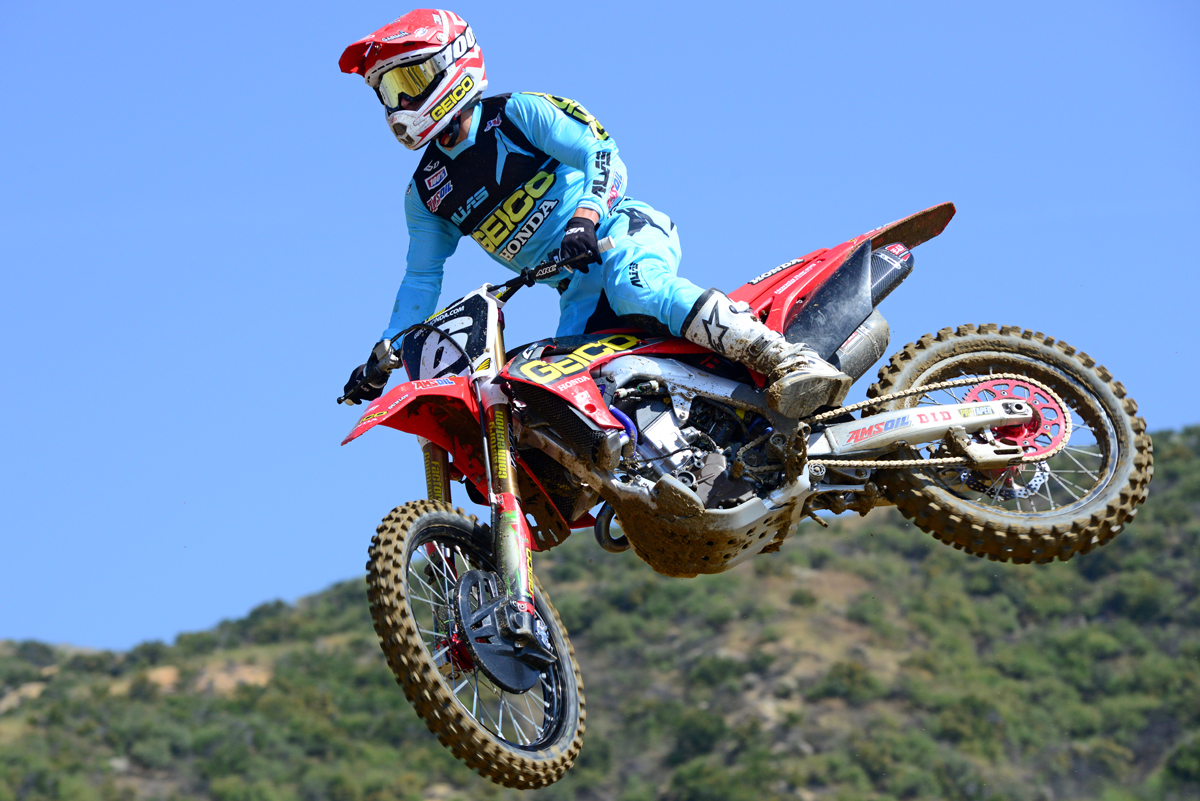 Jeremy Martin has also missed a few races after being injured prior to Seattle. In fact, he missed more than half of the 250W Supercross season, but had an outstanding fill-in ride on Roczen’s 450 at Daytona. He’s back on the 250 now and looked good at Glen Helen. 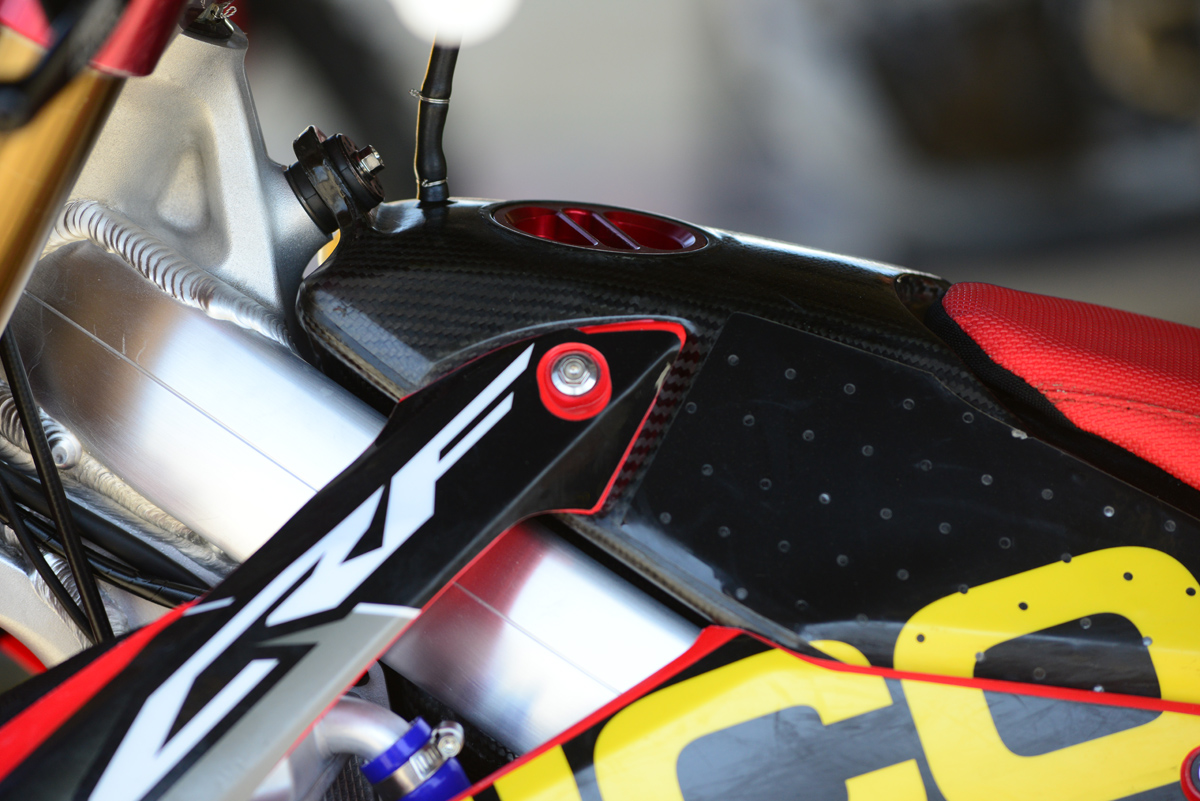 Even Martin’s 250 will have larger fuel capacity for the outdoor season. His carbon fiber tank is so beautiful, it seems a shame to cover it with plastic. 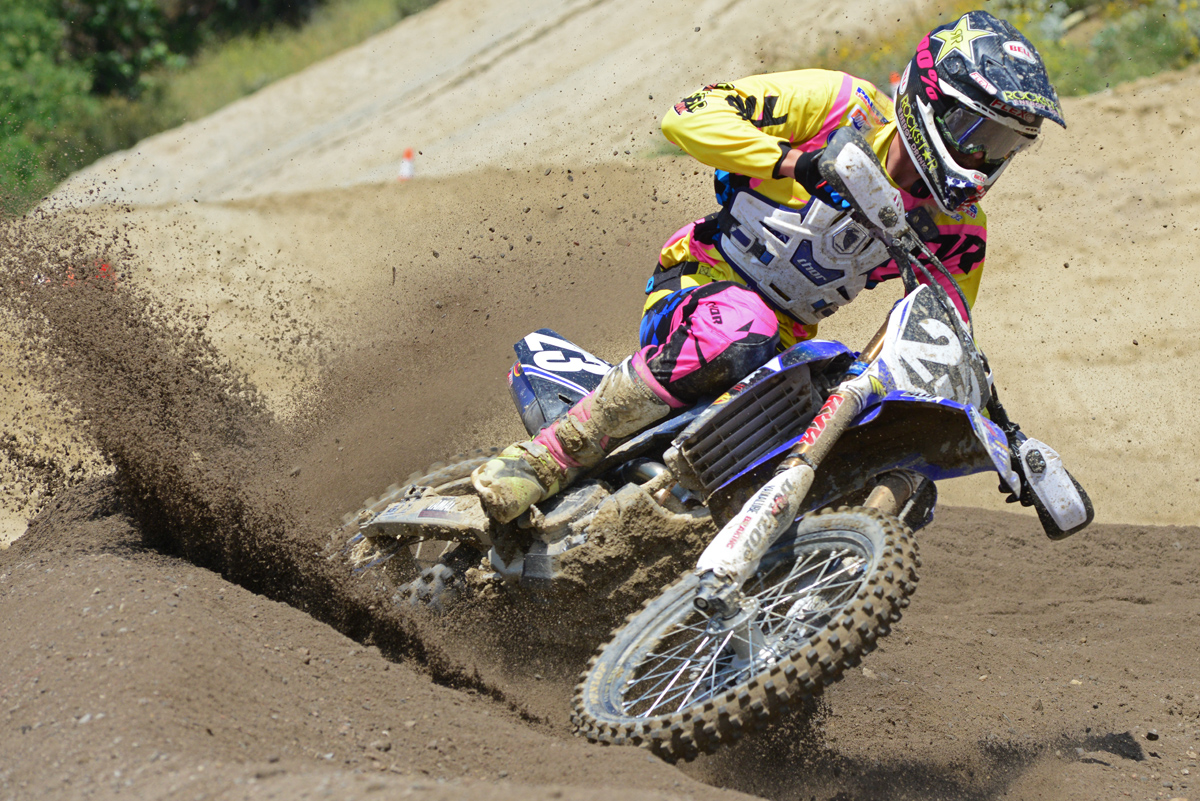 Aaron Plessinger probably turned more laps than anyone on Thursday, and seemed to ride hard the whole time. The transition to outdoor racing can often be a shock if riders haven’t trained for it. 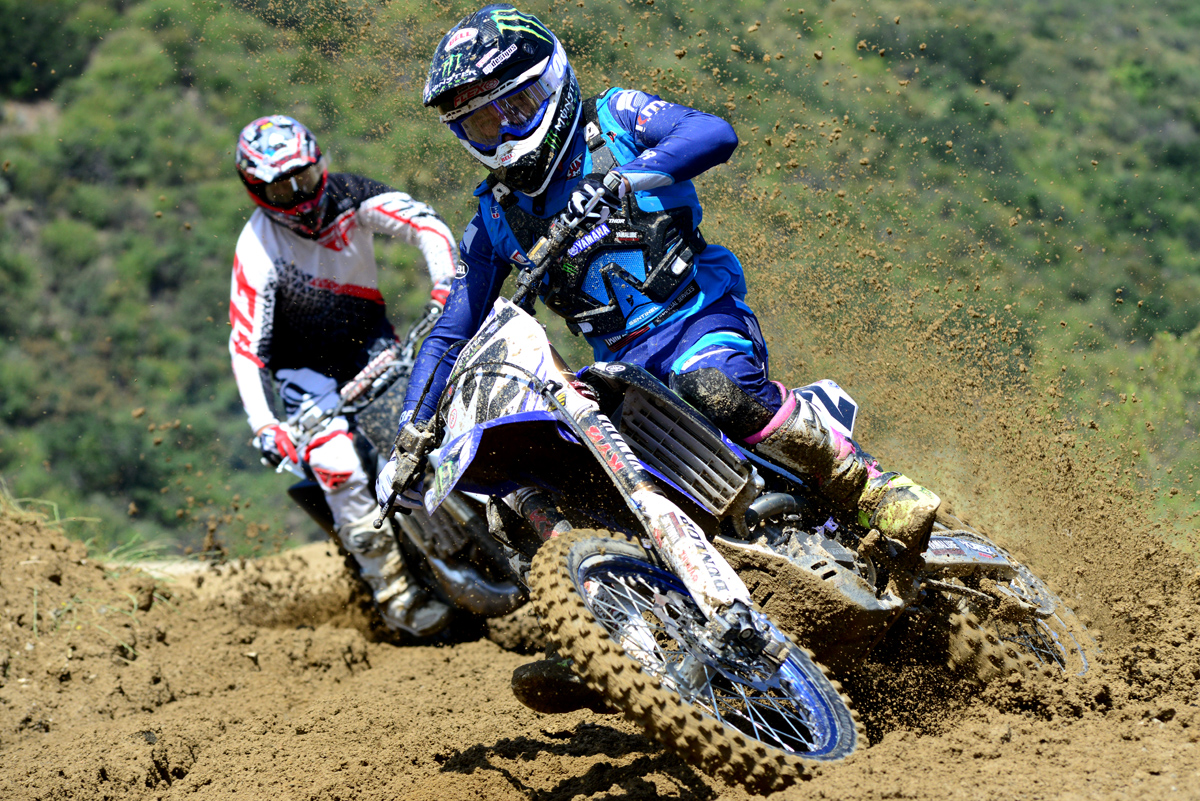 Cooper Webb rode incredibly hard. Glen Helen’s track crew finished making the big step-up triple just before practice opened, and both Webb and Josh Grant did it before anyone. 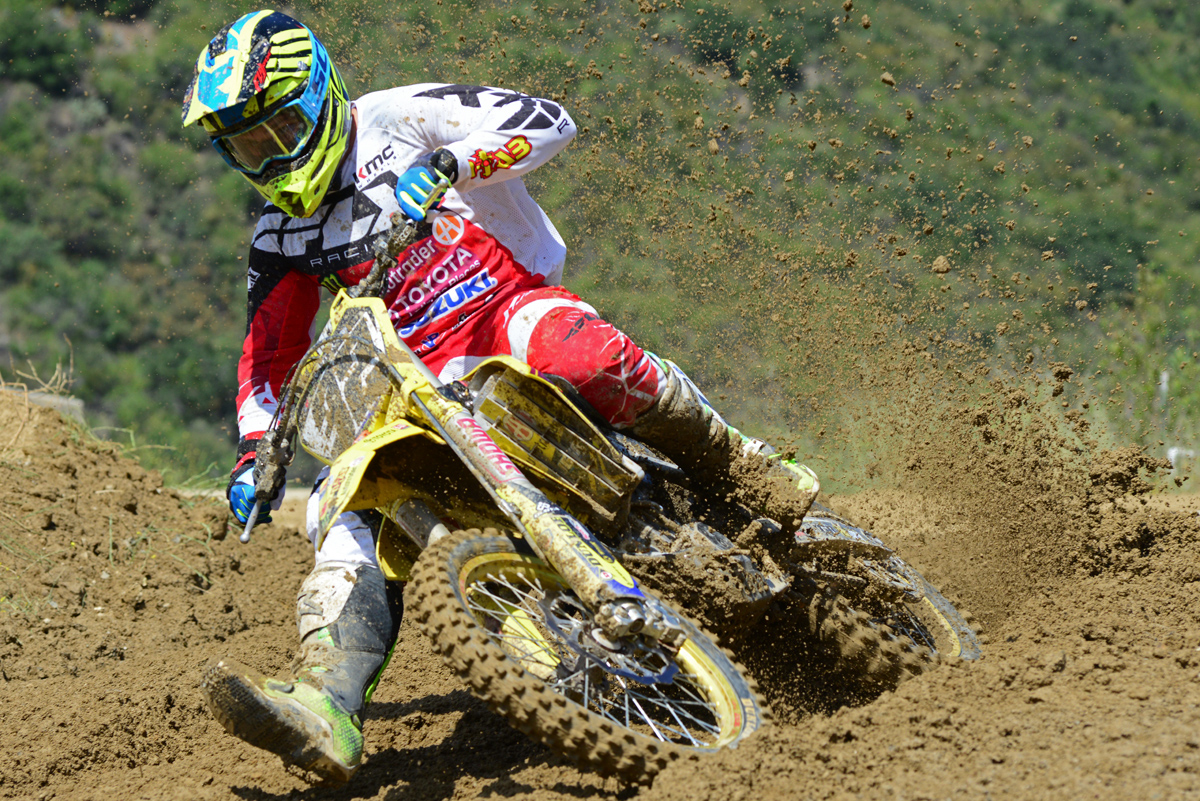 Welcome back Weston! After suffering a broken wrist at the second round of the Monster Energy Supercross series, the JGR rider is back and looking good.