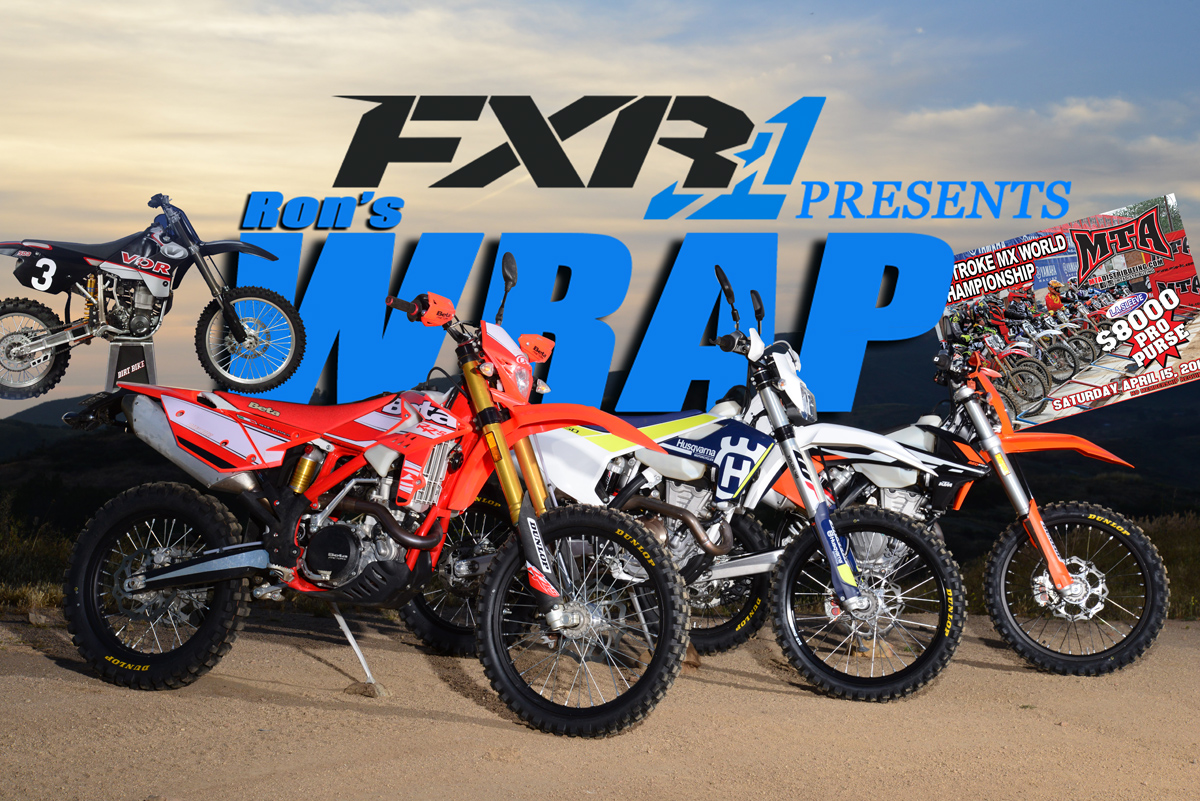 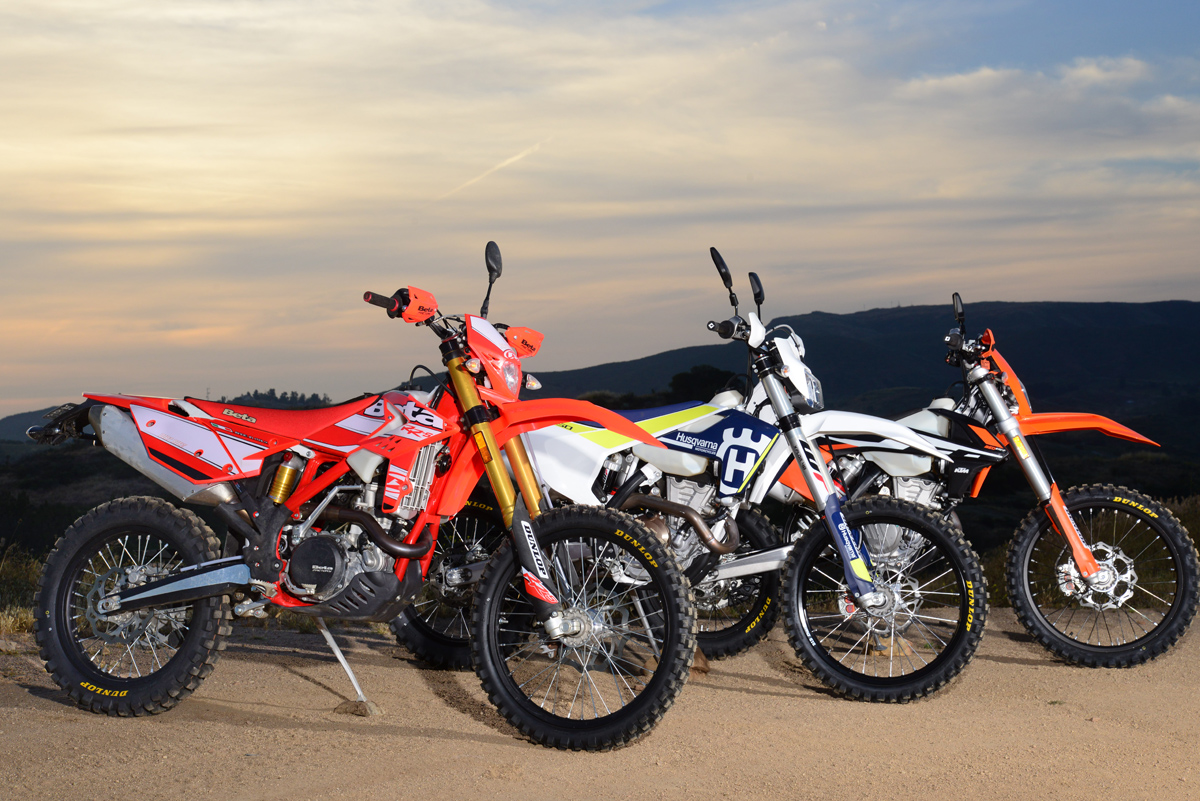 This is the shootout we’ve wanted to do for months. Back in September of last year we got the Beta RR350S and fell in love with it. It was, quite simply, the best production dual-sport bike we had ever tested. We knew that new KTM and Husqvarna dual-sport bikes were on the way, but we didn’t see how they could be better. Beta is a small company that doesn’t get scrutinized by the EPA the way that KTM does. Unfortunately, it was that scrutiny that kept us from getting a KTM or Husky. They were delayed in bureaucracy  and we kept holding on to the Beta, waiting. 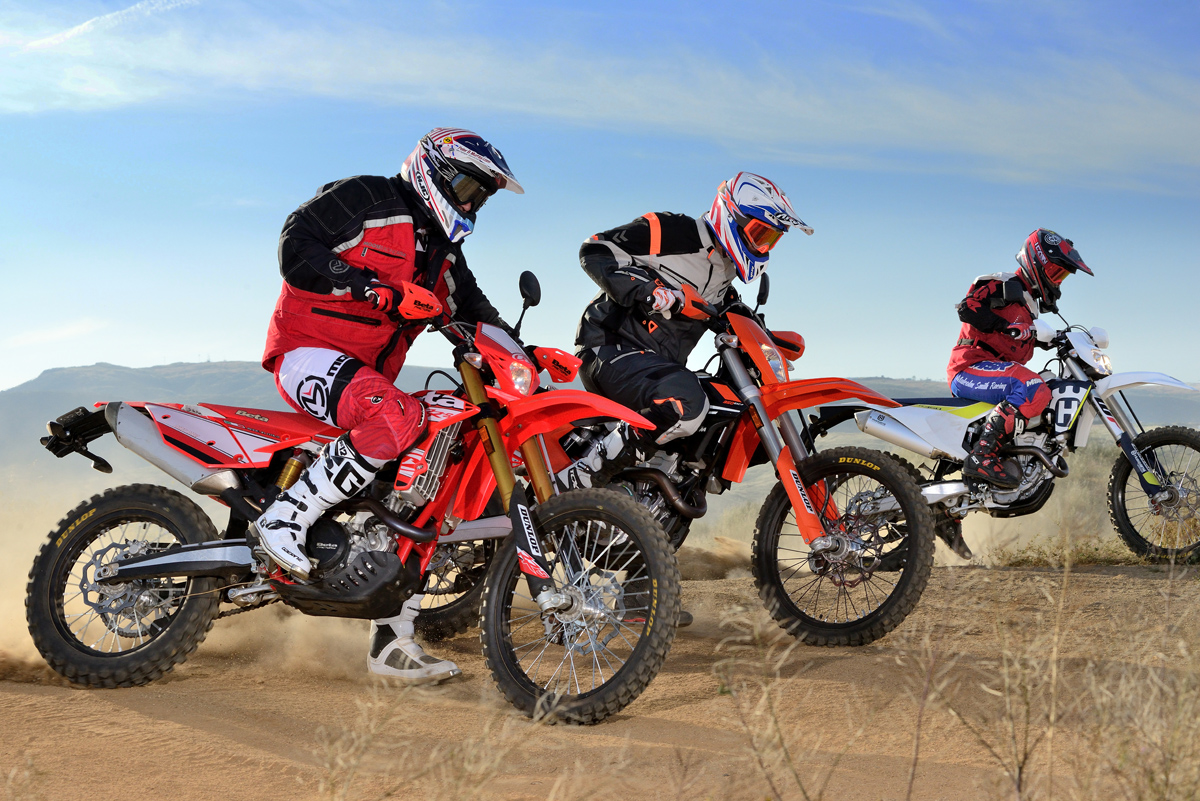 Now, we finally have all three. We had to freshen up the Beta with new tires, and while we were at it, we put new Dunlop 606 rubber on the KTM and Husqvarna, as well. We learned quickly that their stock Continental TKC tires were too street-oriented for the kind of testing we wanted to do. It turns out we were correct in our belief that the EPA is more strict with the two Austrian bikes. They are crazy quiet. This is a requirement from the EPA, not the DOT or CARB. The Beta sounds like a normal trail bike. It isn’t loud, but the KTM and Husky are like electric weed wackers. 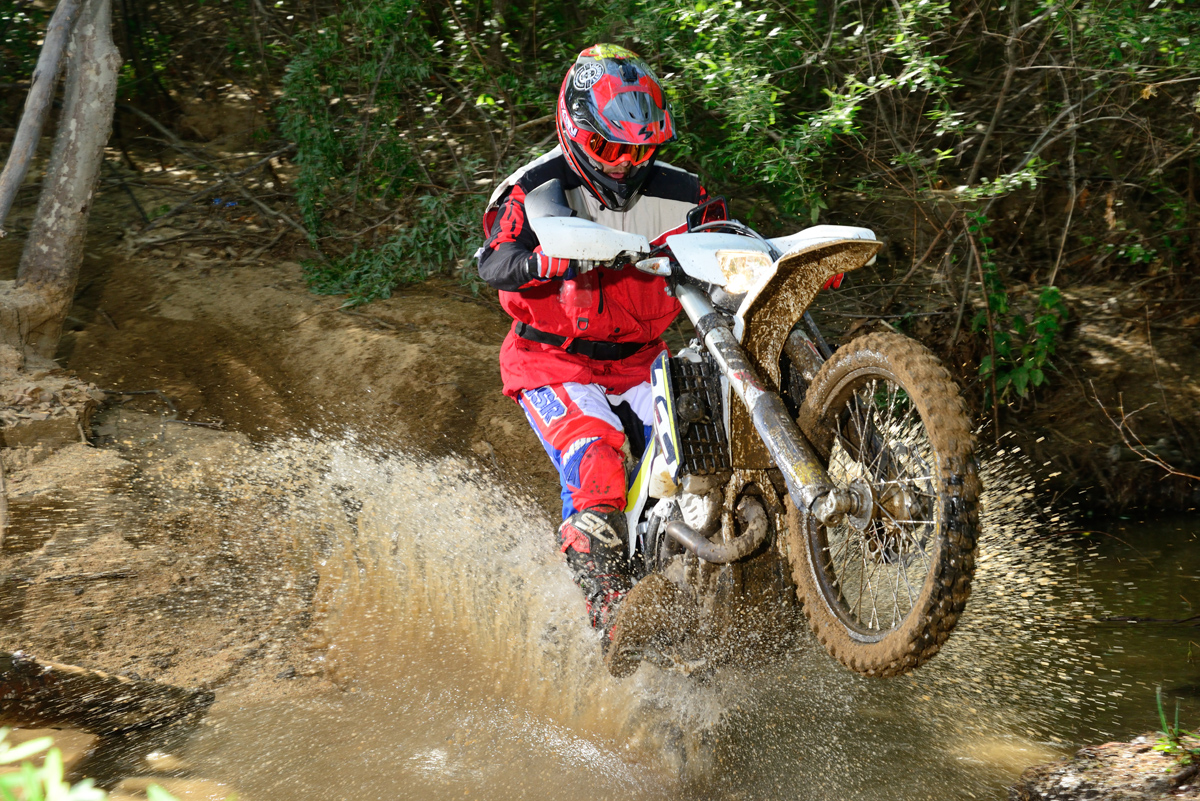 On the other hand, the regulations regarding emissions seem to have had no negative effect on these bikes at all. They run fine. They don’t cough, sputter, flame out or stall any more than a normal off-road four-stroke. We didn’t think it was possible. We have found that the KTM and Husky are in a fairly delicate state of balance. If you think you’re going to improve performance with an aftermarket pipe or by removing various parts (there’s actually a reed valve in the air boot), you’ll probably mess things up. Stock is hard to beat. 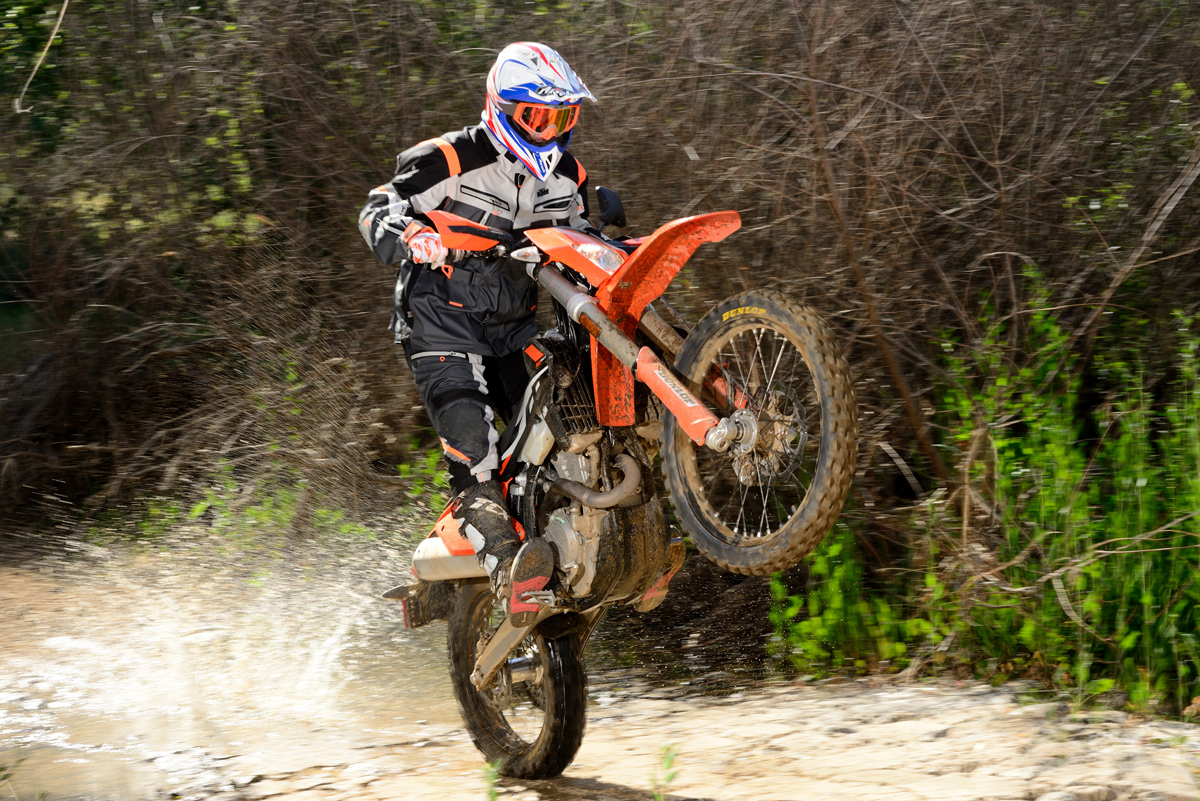 Here’s the short version of what we’ve found so far:

Weight: The KTM is a big winner here. It weighs 241 without fuel on our scale. The Husky is 246 and the Beta is 263. Why does the Husky weigh more than the KTM? It has linkage suspension, a different frame, a different swingarm and a different subframe.

Suspension: The KTM’s PDS rear end gives it an advantage in extreme obstacles. The action is good and the lack of linkage gives it more ground clearance. It is, however, very soft, and has a hard time in whoops and on high-speed impacts. The Beta isn’t as mushy and is more well balanced. The Husky is more level than the KTM and has a lower seat height, but is still a bit too soft for fast trails. 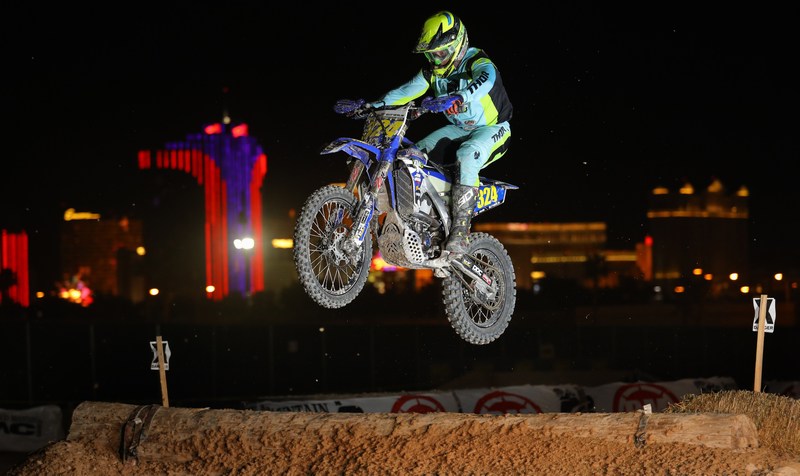 WORCS Summer Festival is still on, but will be held at Glen Helen Raceway. The date is still the same; June 16th-18th, 2017.  All SXS classes, including Youth classes, will run in the evening and race a GP Style course under the lights! MC and ATV adult classes will race the infamous Ridges of Glen Helen…youth classes run a modified course. Water trucks are being brought in just for the ridges. It will be one epic track! WORCS will still be attending Glen Helen in September for Round 10 as scheduled. What about Adelanto? WORCS will still be heading to Stater Brother’s Maverick Stadium in Adelanto California for the 2017 WORCS FINAL SHOWDOWN! October 6th-8th will be the 11th and FINAL Round of the WORCS 2017 Season. Come race and watch the top racers battle it out for their class championships. More details on both rounds will be released soon. Please continue to check the WORCS website for updates as well as connect on  Instagram  and Facebook.

It’s definitely spring, and big events are popping up every weekend. Our calendar is full. This weekend is the MTA 2-Stroke World Championship at Glen Helen, and next is the El Trial de Espana. We love the two-stroke race because that’s where our hearts are. It’s kind of weird to think that this race was inspired by the White Brother Four-Stroke World Championship. That race seems like it was only a few years ago, but in truth it’s been gone for a long time. I actually don’t know when it was last run–I’m thinking around 2007. 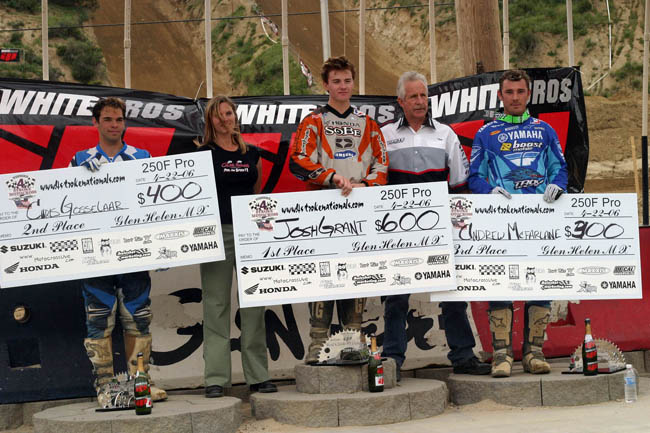 I do remember a pimply Josh Grant winning the 250F class there in the later races. Four-stroke racing used to be a special thing, kind of like two-strokes now. In fact, we used to have a special issue of Dirt Bike wrapped around the four-stroke races to show the specially built race bikes. Some were hand-built and some were from small manufacturers. 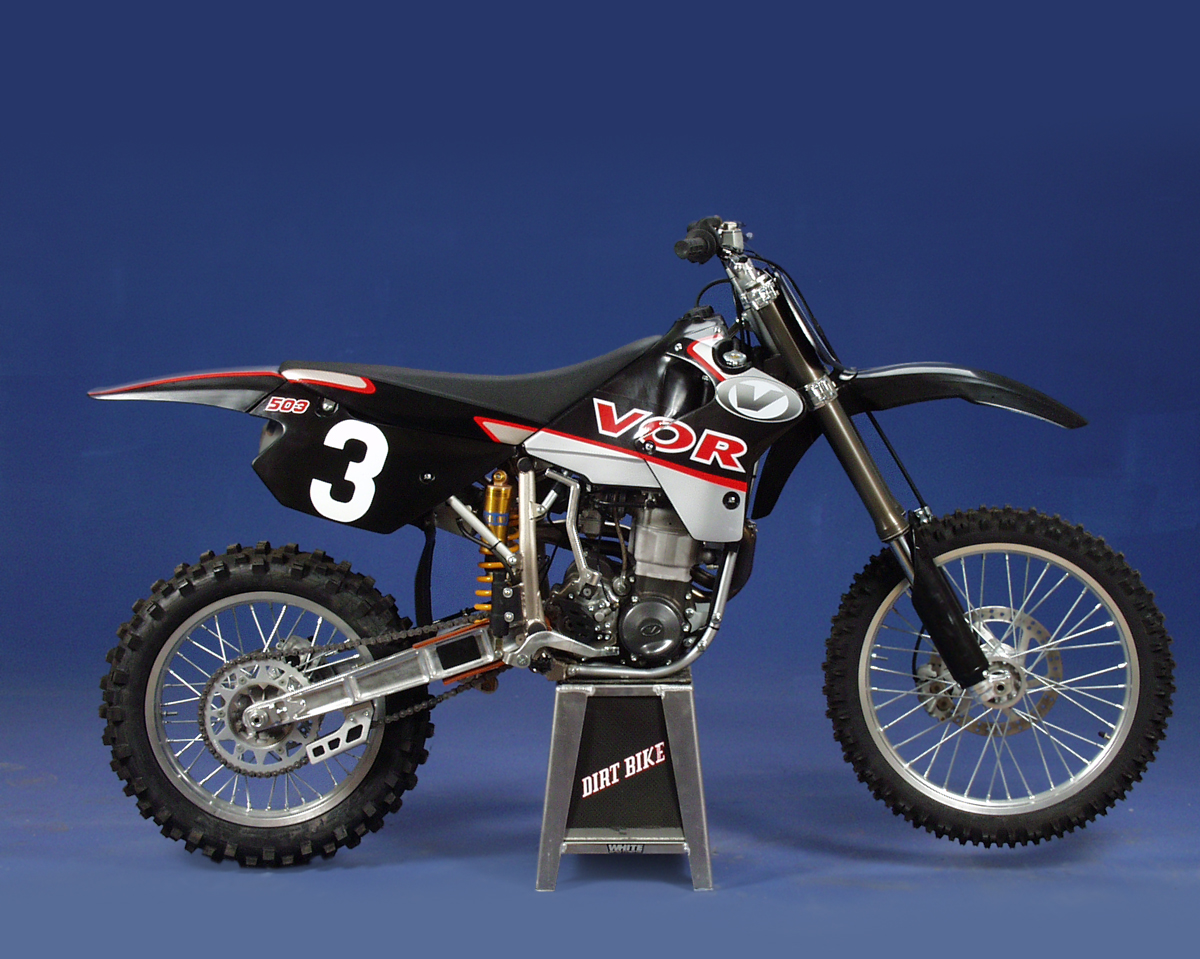 One of the more memorable brands was the VOR. This was a tiny Italian brand that was imported to America in small numbers. Gordon Ward was the “factory” rider here in the U.S. They were pretty cool for the time, backwards kickstarter and all. 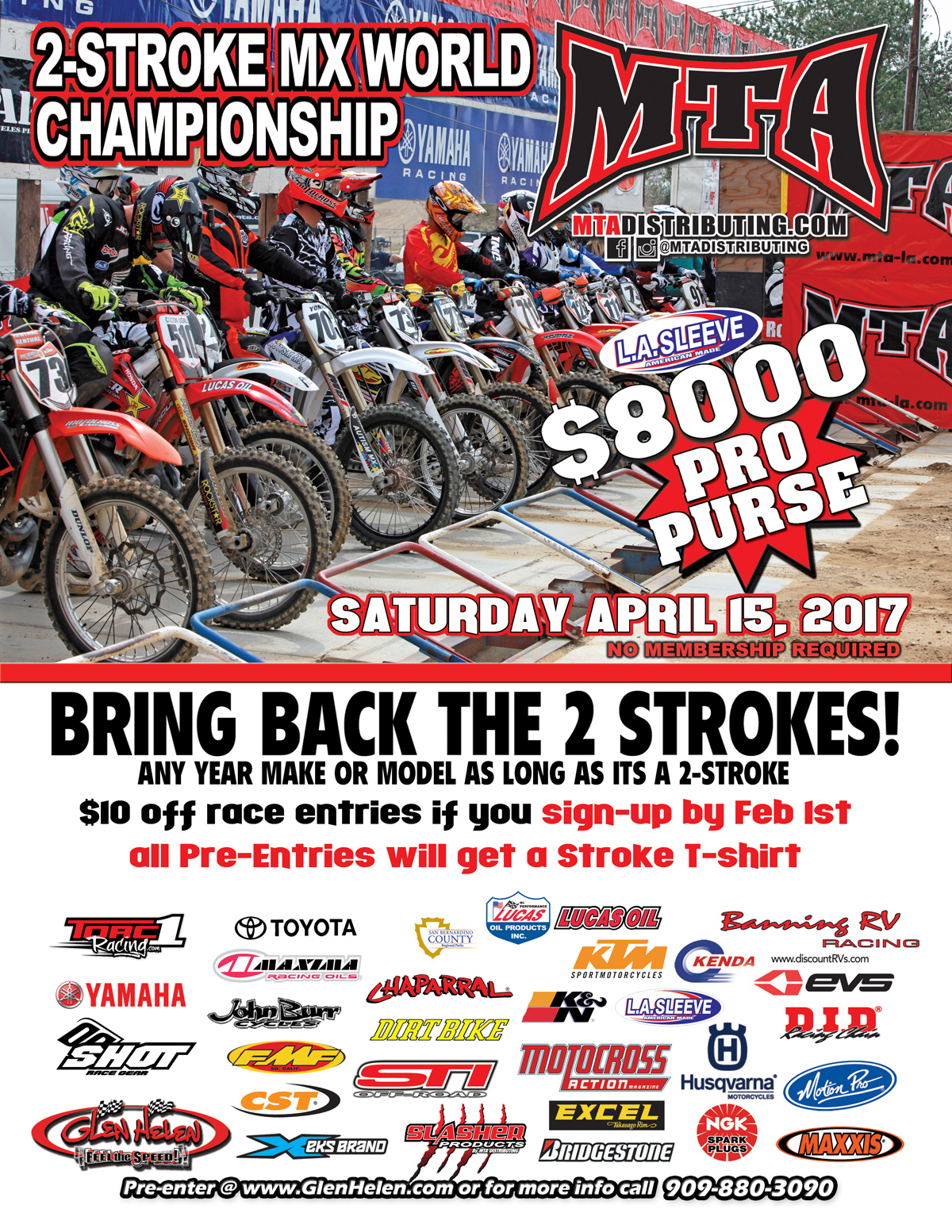 The MTA two-stoke race has that same feel, today. There are some very exotic one-off bikes, but most are older production bikes. And there will be a ton of KTMs, Yamahas, and Huskys, straight off the showroom floor. This year American Retrocross and Vintage Iron are joining the party to promote vintage classes.

Next week’s off-beat event will be the El Trial de Espana. This has been held continuously for almost a half century at various locations in Southern California. It’s been at Saddleback, Lucerne Valley and at random privately own venues. Now it’s held at the Motoventures compound in the mountains above Hemet. We have two new Beta trials bikes just for the event. I also plan on bring out a Bultaco just for fun. It should be good. You don’t have to know what you’re doing to have a good time. 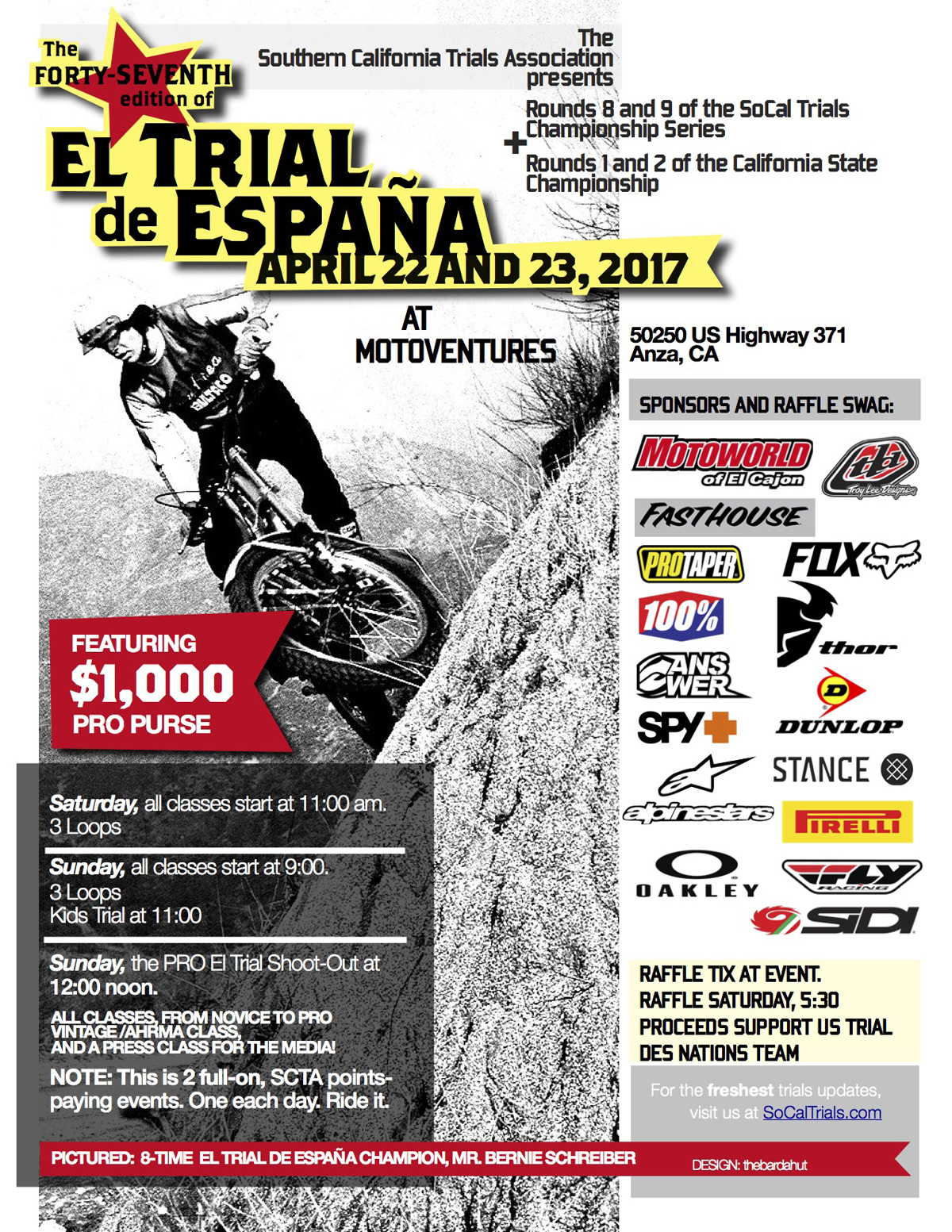 Alt Rider has been doing double duty as an aftermarket maker of goods for adventure bikes and as a promoter of events. The Taste of Dakar is probably their biggest event, but there’s a whole series, including one in Palmerton PA on June 30. Clicker here for more info.

We have to admit that we normally don’t find Monster Energy videos very interesting. This one, however, has some good interviews with Chad Reed, Cooper Webb and Ryan Villopoto. This clip also has a good look at Eli Tomac’s Seattle crash, which Fox Sports missed. And just for balance, here’s Red Bull’s look at Daytona from the perspective of Alex Martin and his team.