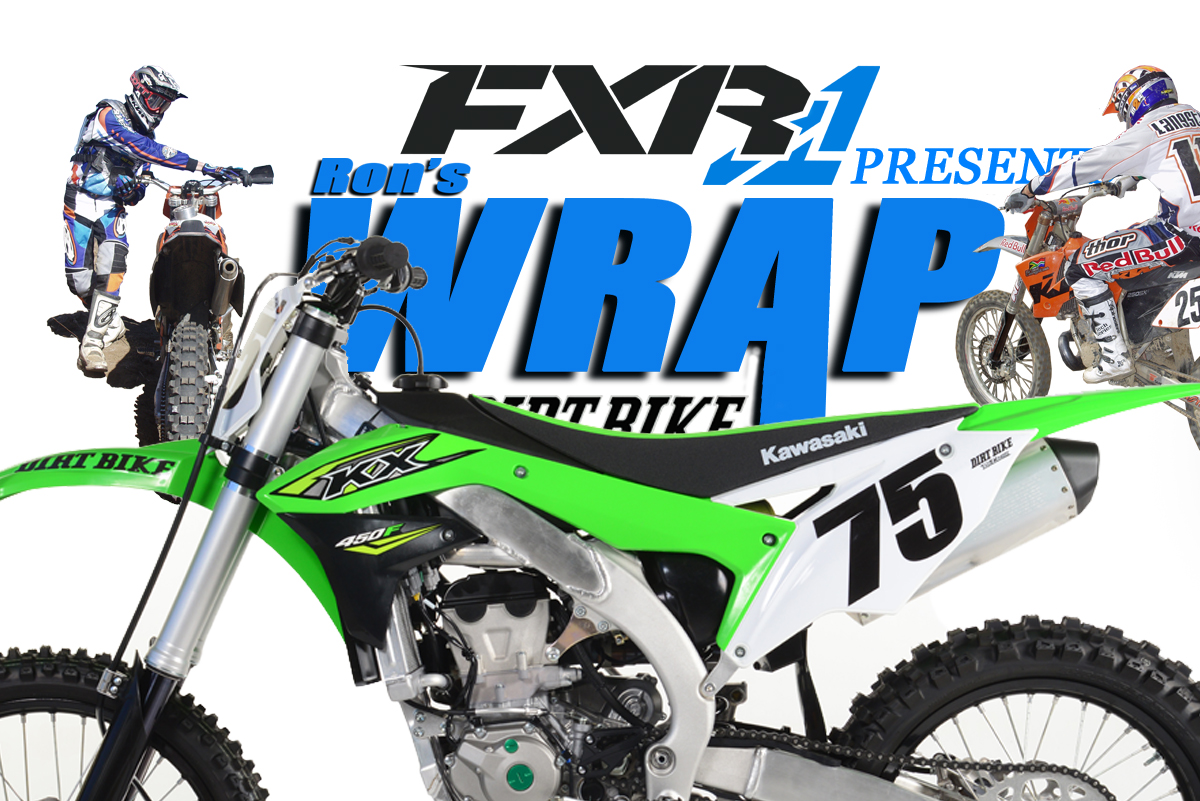 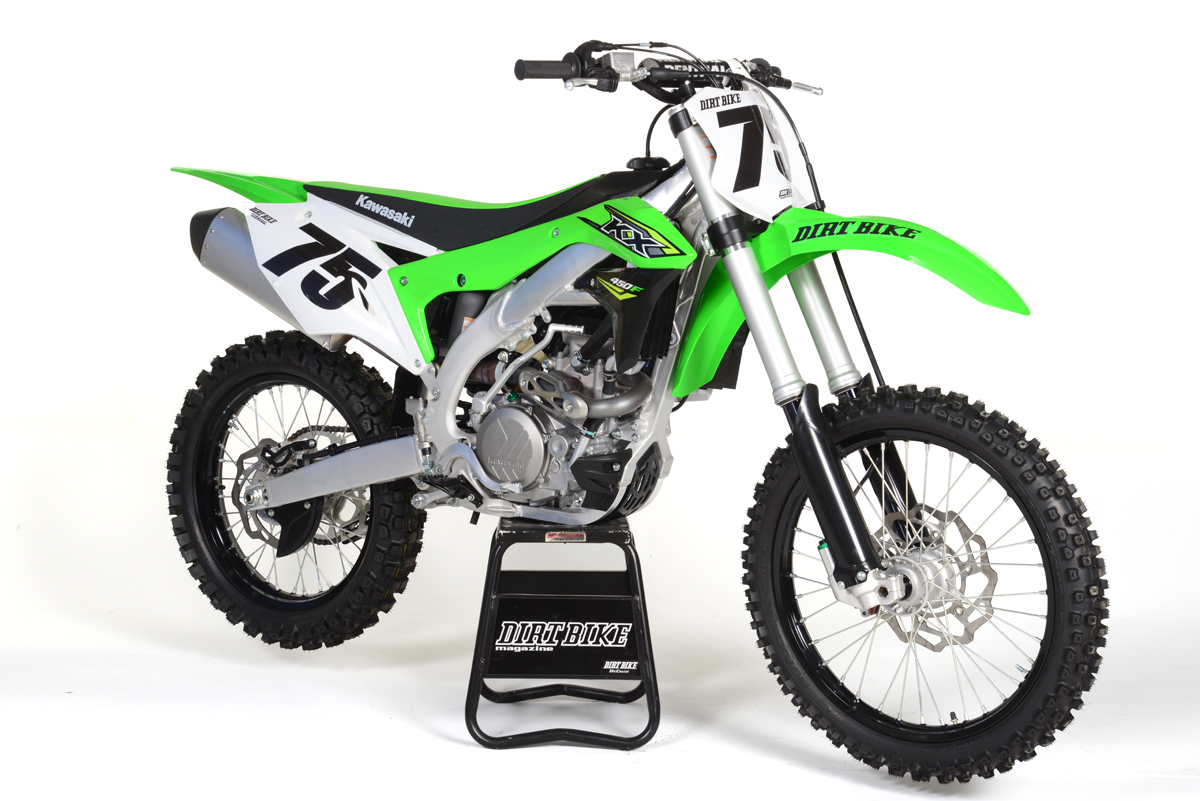 The latest bike to enter the Dirt Bike test fleet is the 2018 Kawasaki KX450F. It might be the most under-rated bike of the year. With so much attention being paid to the redesigned Yamaha YZ450F, the electric start Honda CRF450R and the new chassis of the Suzuki RMZ450, it’s easy to forget about the Kawasaki. It still has a kickstarter! The bike is  unchanged for 2018, although it got a major redesign in 2016. At that point, it was made much narrower and a little lighter. It still has the Showa TAC air fork, which was introduced on this bike back in 2013. None of that is particularly thrilling against a backdrop of new hardware. 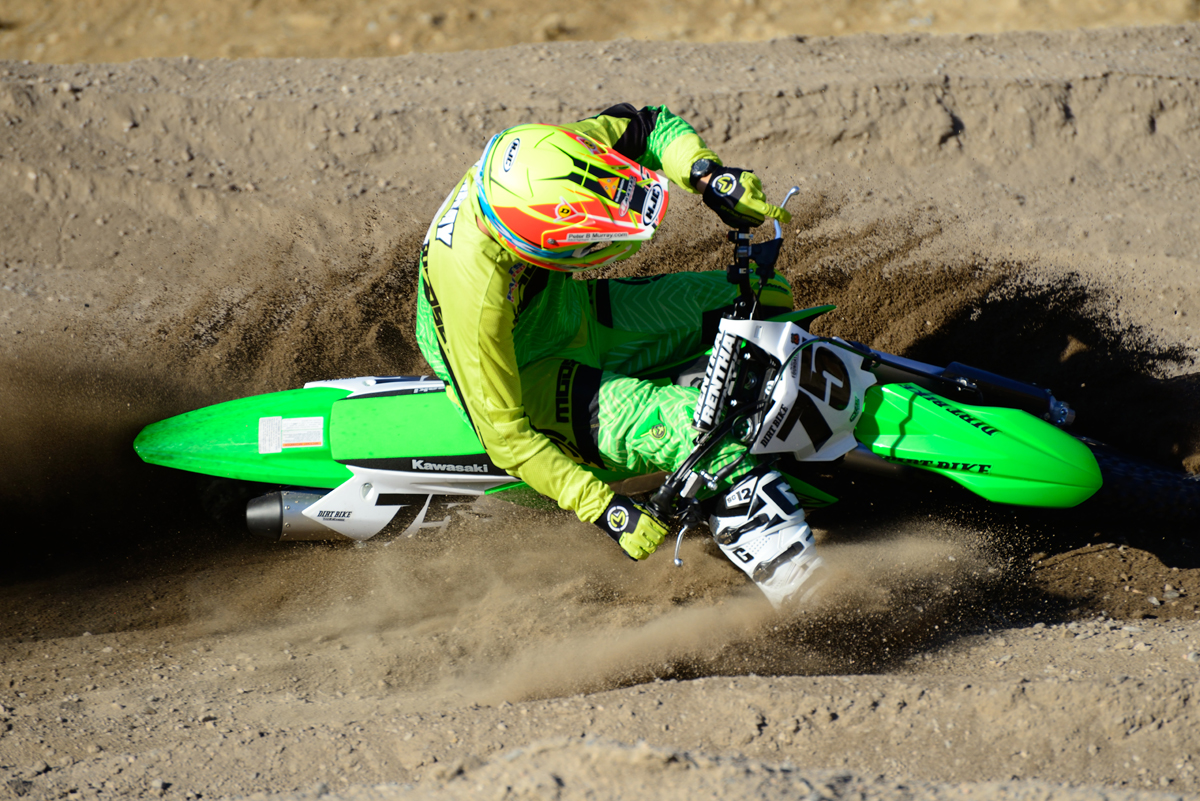 Here’s the good news: it’s 9 pounds lighter than the new Honda and 8 pounds lighter than the Yamaha. We weigh every test bike on an old-fashion balance-beam scale after draining the fuel tank, and the Kawasaki is 231 pounds this year. Although we still haven’t weighed the Suzuki, we expect the Kawasaki to be lighter than it, too. Last year’s RMZ was 237 and Suzuki isn’t claiming any weight change. The KX450F’s weight difference is easily noticed. By going unchanged, the KX might have moved up the pecking order. Handling is still its strongest point. It’s more stable than the Honda and turns better than the Yamaha. Peak horsepower isn’t going to match either of those two or the KTM, but it’s better off the bottom and very controllable. 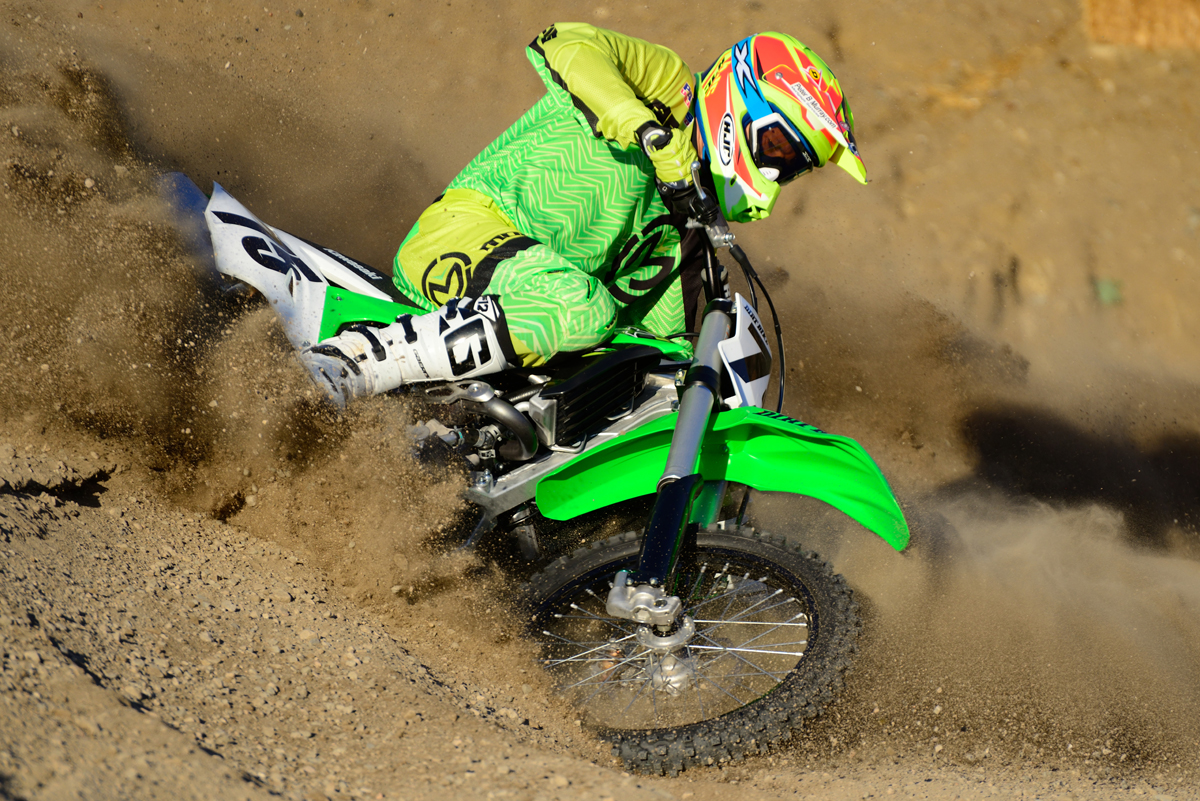 Kawasaki was talking about traction control years before KTM put the button on the handlebar. The KX engine control unit is programmed to quell unwarranted rpm spikes. You can’t turn it off, but the Kaw is always tractable and we don’t know why you would want that to stop. Kawasaki also gives you two extra electronic couplers to alter the powerband for different conditions. The things we don’t like about the bike are all very familiar complaints. We’re over this fork. Back in 2013, we thought you had to have three different air chambers to make air forks work properly. Now we know you don’t need all that complication, and we find adjusting the front suspension particularly painful. The clutch is weak, the exhaust is loud, the grips are tragic and the handlebar is wimpy.  The KX is still priced well enough to correct most of that ($8849). The Honda is $9149, the Yamahya is $9199, the Suzuki is $8899 and the KTM is $9599.

I never have to dig too deep in the hard drive to find an fun picture of Kurt Caselli. This is from the 2002 Tecate Hare Scrambles. The event had been changed from an enduro to a hare-scrambles in 1998 because the Los Ancianos MC was struggling to find the manpower and resources to put together a long race. The hare scrambles was only about 12 miles around and much easier to stage. It was still an epic race, and in 2002 it was won by Nick Pearson. 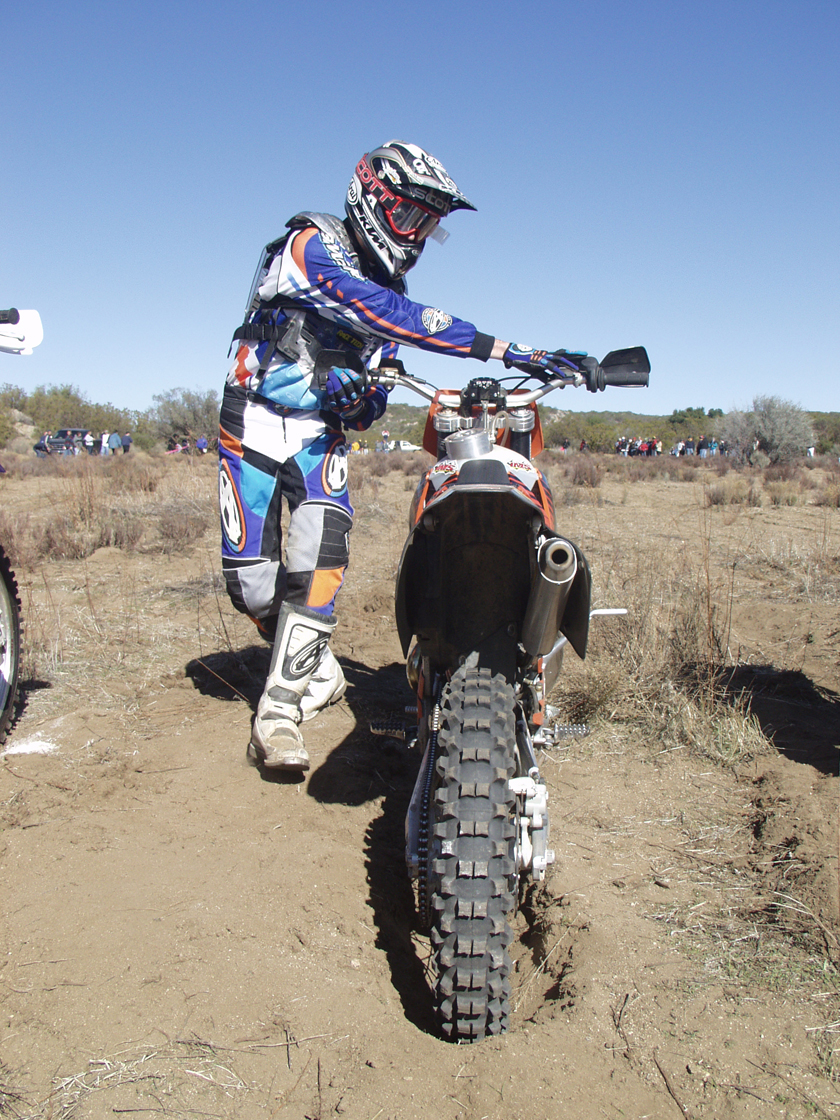 The hare-scrambles had several different kinds of starts through the years, and I’m guessing that this year it was a straddle-the-front-wheel start. I am, however, suspicious that this particular shot was staged. It looks like it took place before the actual race. Kurt was always easy-going and cooperative. I probably asked for his help with a story about starts. 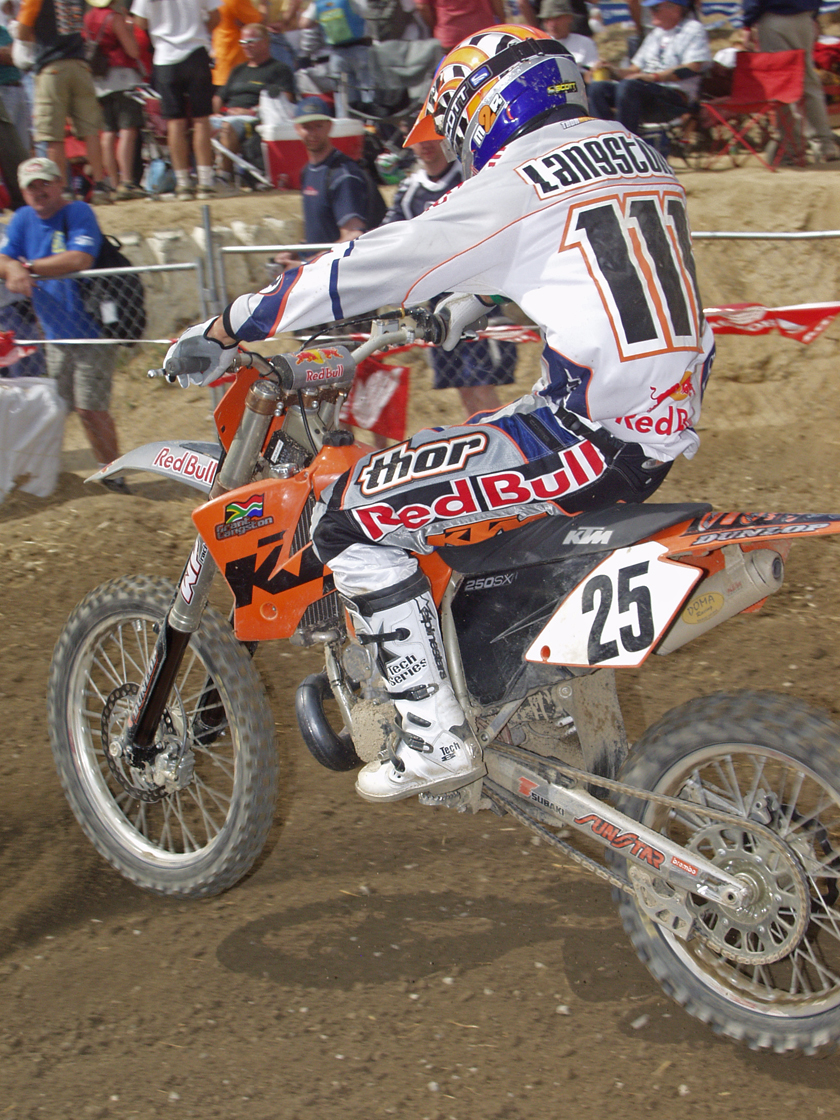 This is from 2001 when Grant Langston was the reigning 125 world champion. He raced in the U.S. in the 125 class that year, engaging in an epic season-long battle with Mike Brown. This photo caught my eye because it’s a rare shot of Grant riding a 250. He played a key role in the next story. 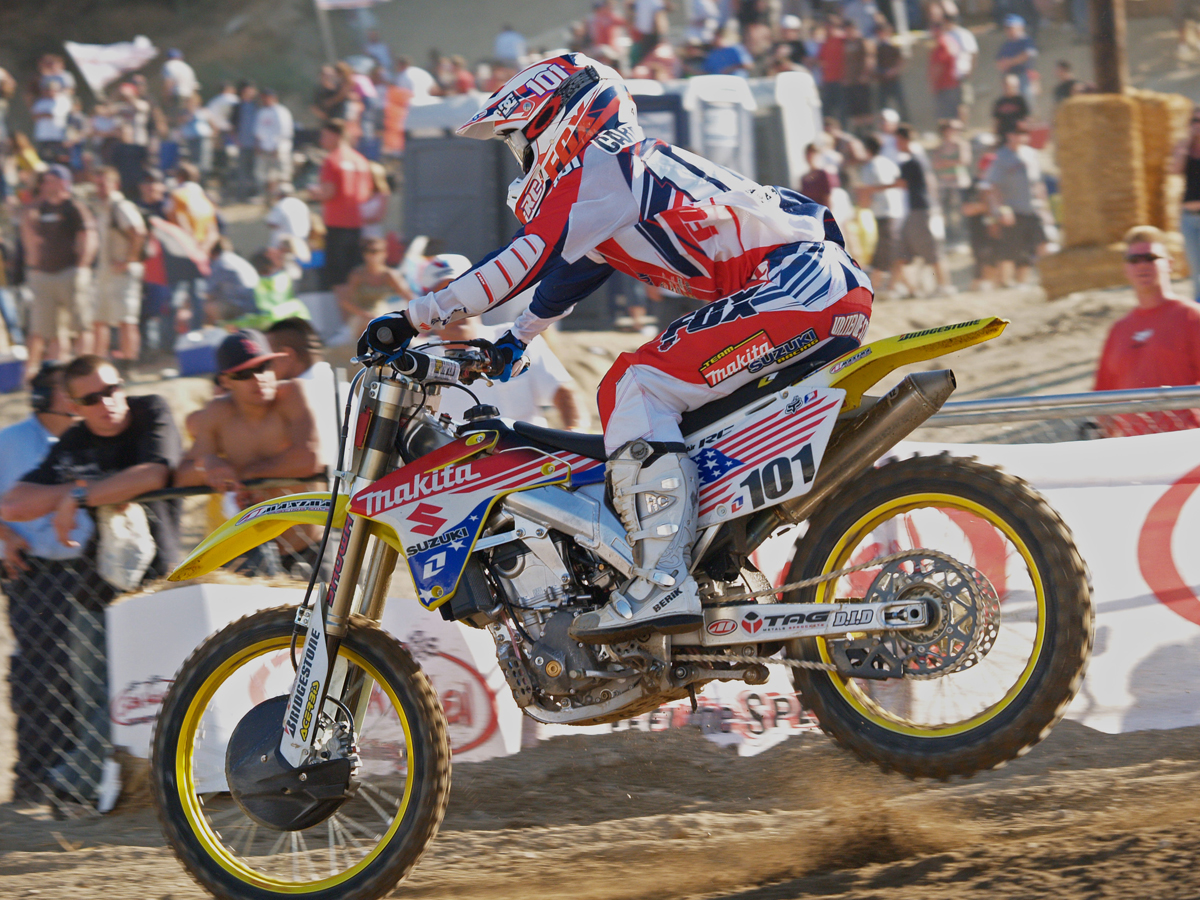 I shot this photo on a particularly memorable weekend. It was September 11, 2005. We were still licking our wounds as a nation from the events of four years earlier, and Ricky Carmichael wrapped himself in red, white and blue at the final national motocross of the year. He was at the height of his abilities and just wrapped up winning 22 of 24 motos. Oddly enough, this race became much more famous for something else. It would decide the 125 championship, which was run mostly on 250 four-strokes by then. Ivan Tedesco was leading the points battle, but he crashed in moto one, leaving Mike Alessi and Grant Langston to battle for the lead. It got rough. At one point, Alessi knocked Langston off the course, then Langston cut the course and came back pissed off. He won the moto. He was later penalized one position, giving Alessi the win and a shot at the championship. In the next moto, things got really weird.

This home-pirated video shows the whole race. Tedesco and Alessi went down together, and rather than get up, Mike stood on Tedesco’s bike. Matt Walker (Tedesco’s Pro Circuit teammate) stopped and shoved Alessi. Tedesco kept his bike running the whole time, and Alessi took about 20 kicks to restart his KTM. That gave the whole season to Tedesco, and Alessi’s reputation took a big hit. The whole incident went into MX legend.

WHEN SHANE WATTS WAS UNBEATABLE 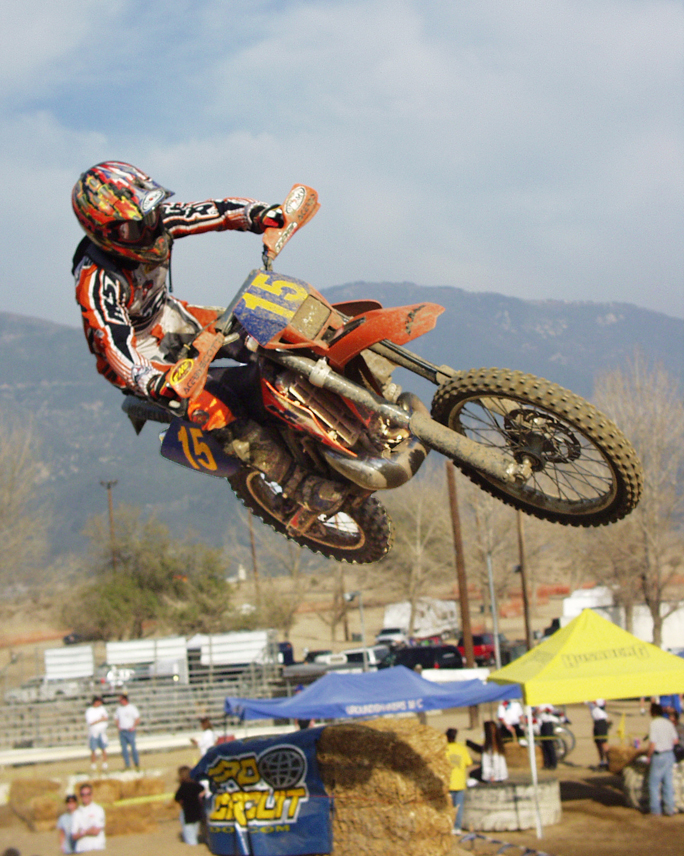 Shane Watts proved that sometimes the hotter a rider is, the more spectacular his downfall. For about three years around the turn of the millennia, he was the best off-road rider in the world. He won the 1999 ISDE on a 125, which is the only time that’s ever been done. Here, in these photos from 2001, he’s in the process of winning an early WORCS race on a KTM 200, also the only time that’s ever been done. Between those two years, he dominated the GNCC series, riding just about everything in the KTM product line. He could win any off-road race, riding anything. He even took a shot at a National MX, but didn’t take it very seriously. He did a massive smokey burnout on the concrete start pad, making such a cloud of smoke that riders claimed they couldn’t see. He thought it was hilarious. 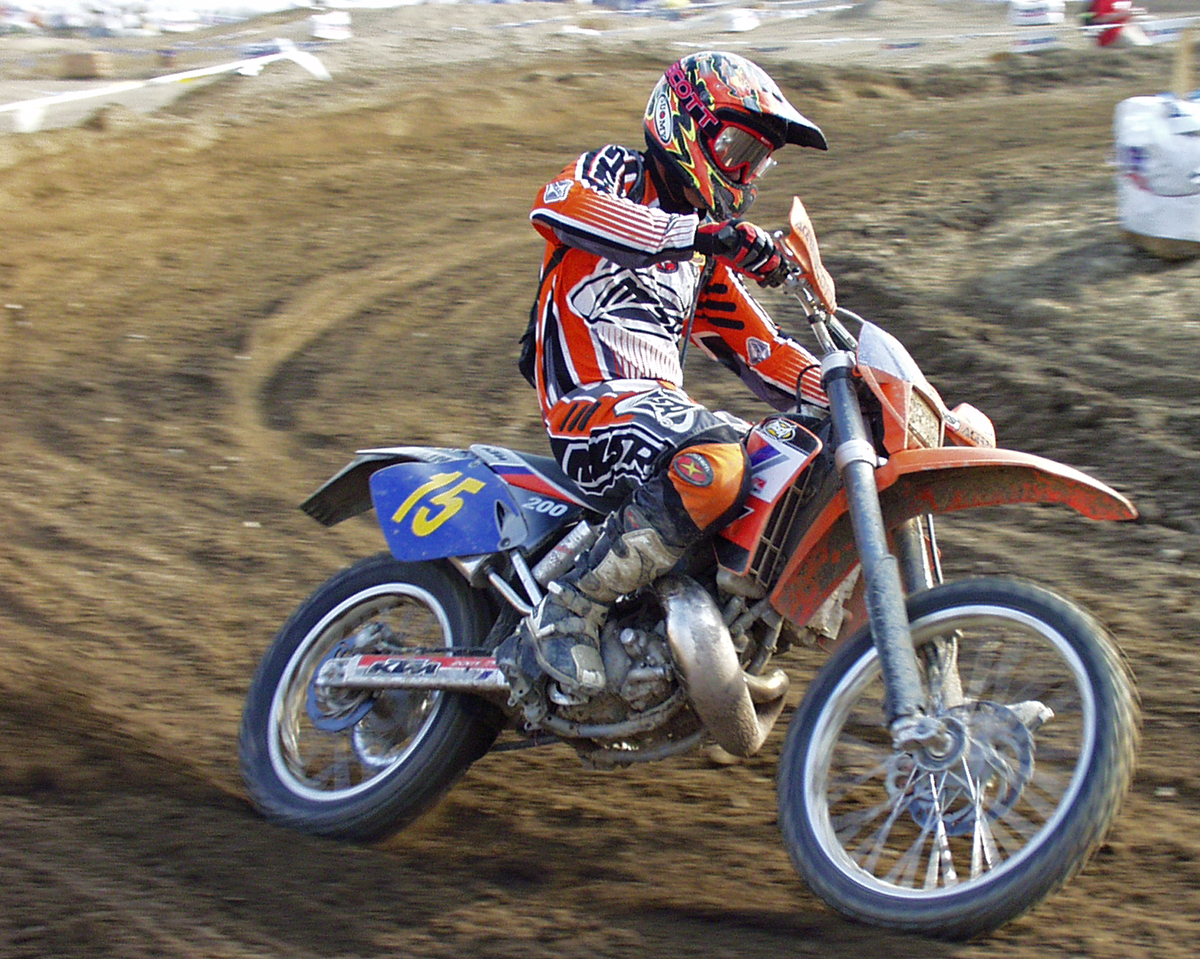 In an interview with Aussie website Transmoto, he later said, “I won three of the first five rounds in 2001, but that season was the beginning of the end for me. My burnout had been building for years and I had a mental implosion at Loretta Lynn’s GNCC round. Leading the race, I pulled in for a pit stop, got off the bike and simply walked away. I lost my drive and didn’t put the work in, and pretty much spent the next five years just taking a paycheck.” 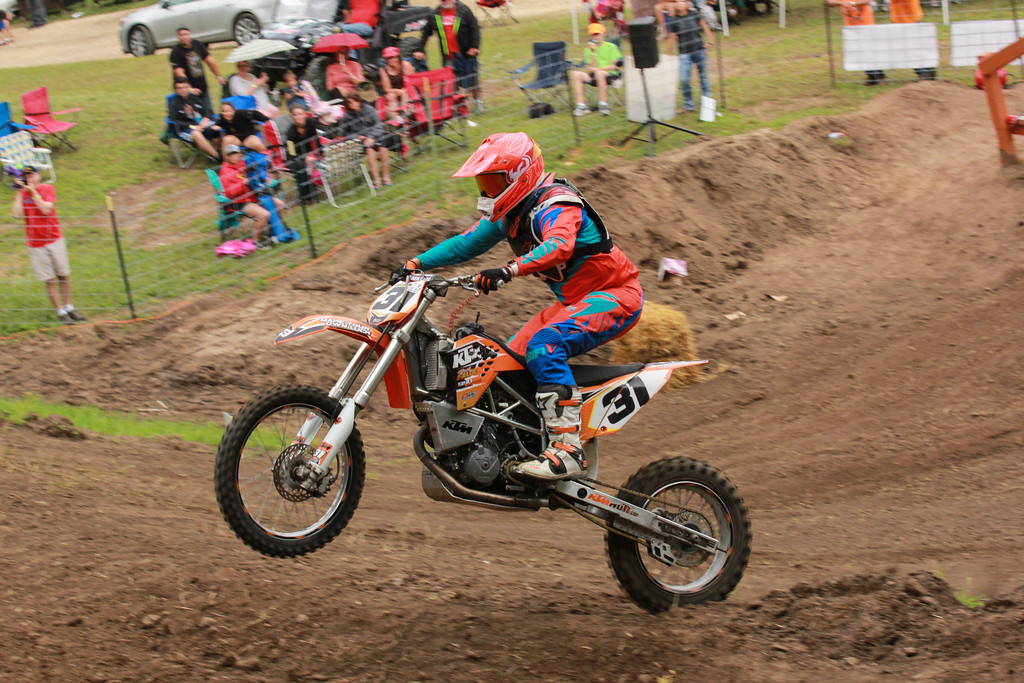 Amateur hillclimb racers from across America competed for one of 23 AMA National Championships at the 2017 AMA Hillclimb Grand Championship, hosted by the Indian Head Motorcycle Club, in Red Wing, Minn., on Aug. 5-6.

“Hillclimb racers made their way to Wisconsin from all over the country to prove their talent and skill in one of the most thrilling disciplines of motorcycle racing,” AMA Track Racing Manager Ken Saillant said. “We would like to congratulate all those who participated in the event and, especially, those who were able to take home an AMA National Championship.”

Bodee O’Neil of Hager City, Wis., was honored as AMA Amateur Hillclimb Racer of the Year after winning an AMA No. 1 plate in the 125cc, 200cc and 250cc classes. His best run of the event was in the 250cc class, taking just 6.247 seconds to reach the top of the hill.

After winning the King of the Hill competition with a time of 5.588 seconds, Kirk Mueller, of La Valle, Wis., was named AMA Vet/Senior Hillclimb Racer of the Year.

“We would like to thank the Indian Motorcycle Club for putting on a great event,” Saillant said. “The success of the AMA Hillclimb Grand Championship would not be possible without their help, as well as the many AMA Track Racing Commission members and volunteers who also contributed.”

The American Motorcyclist Association would like to congratulate all the newly crowned AMA National Champions. 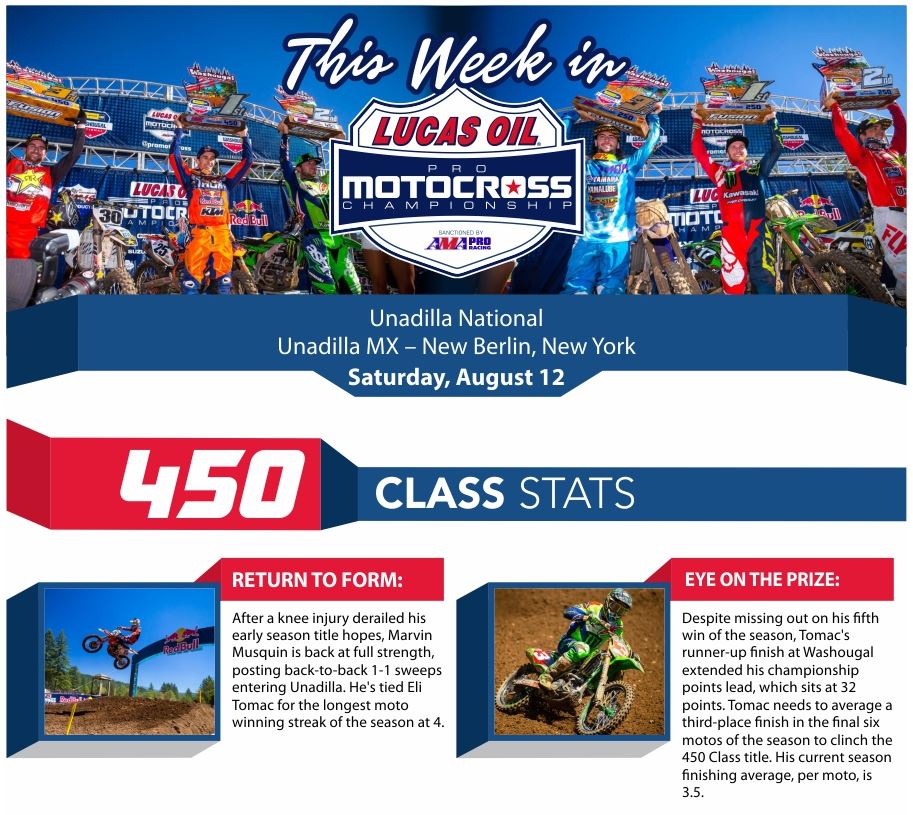 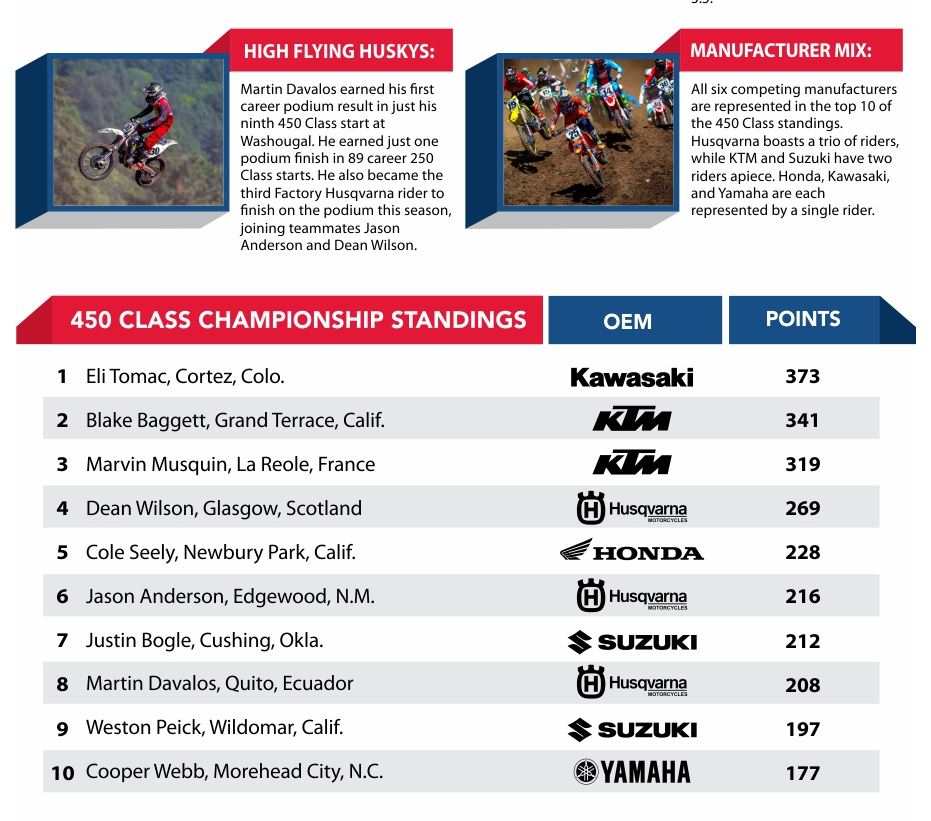 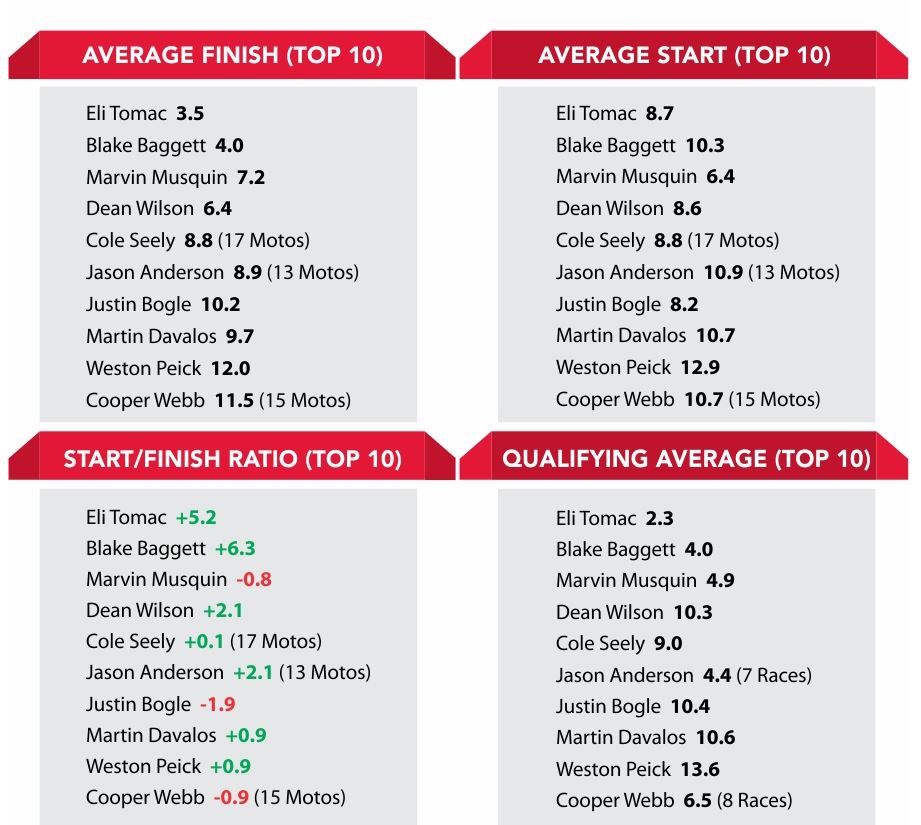 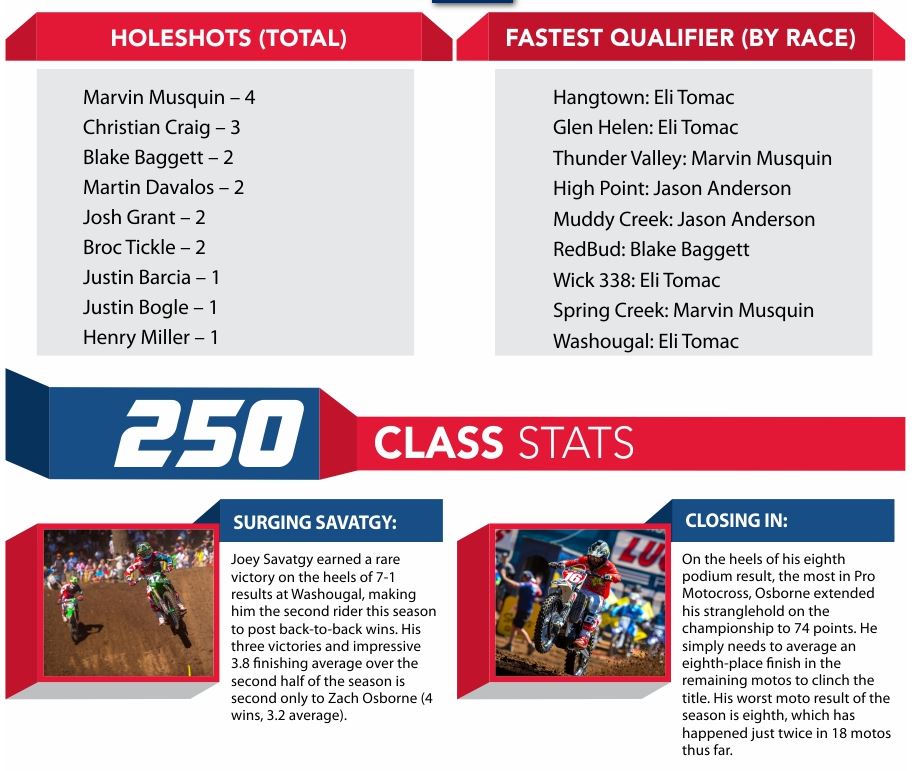 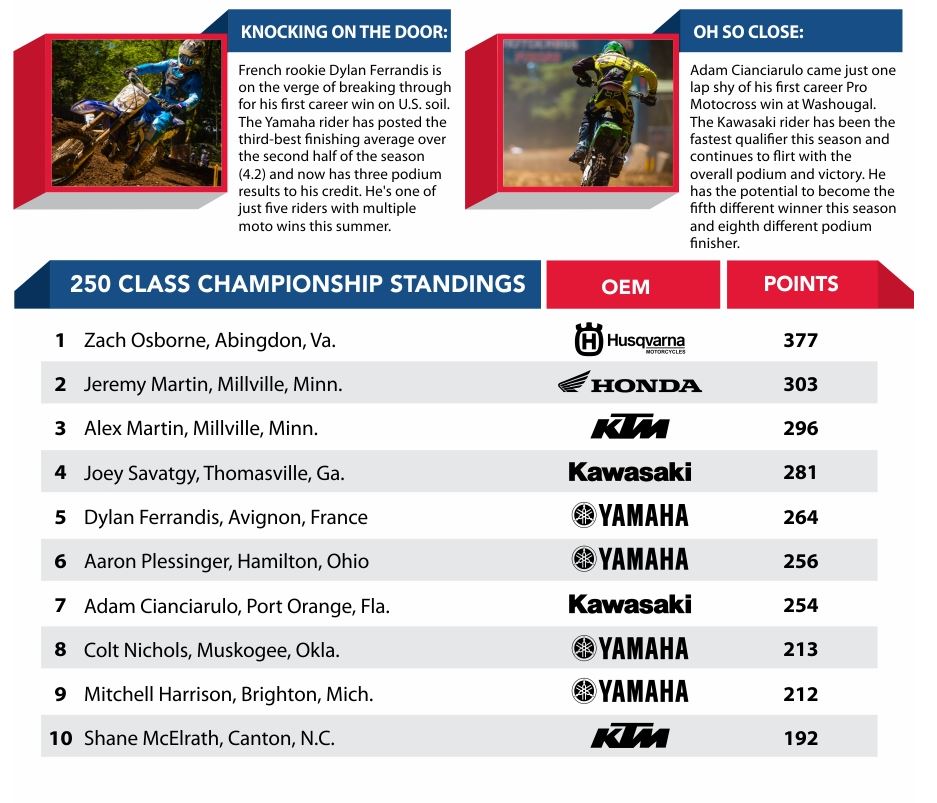 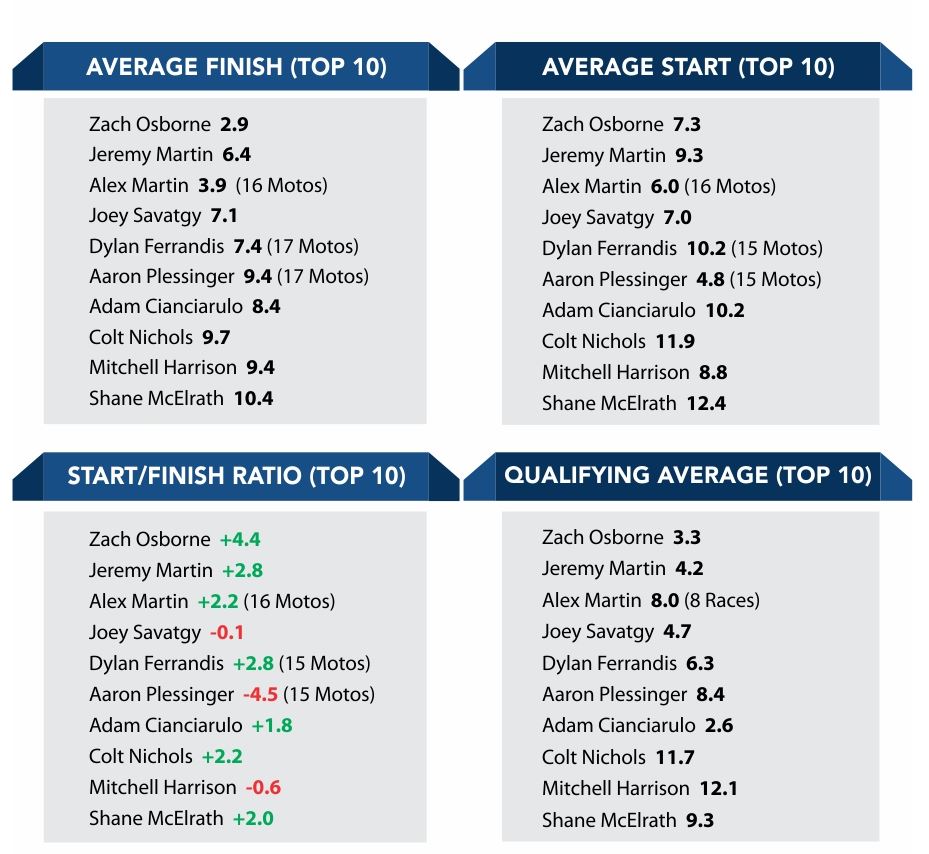 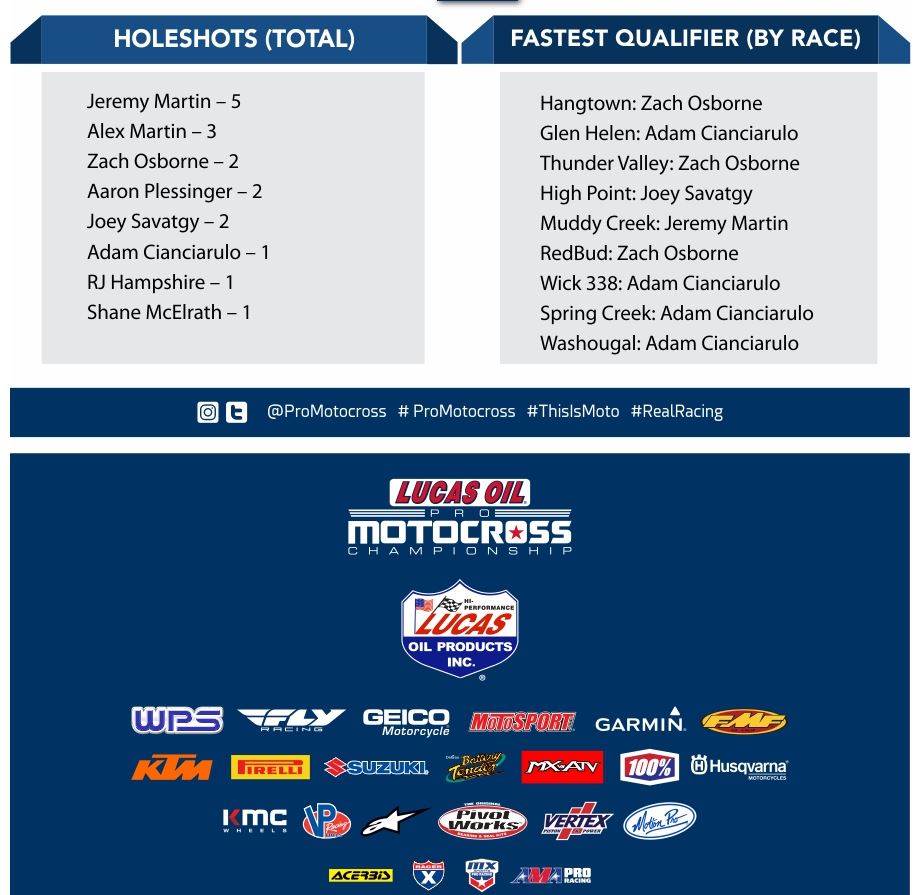 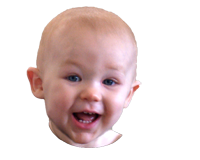