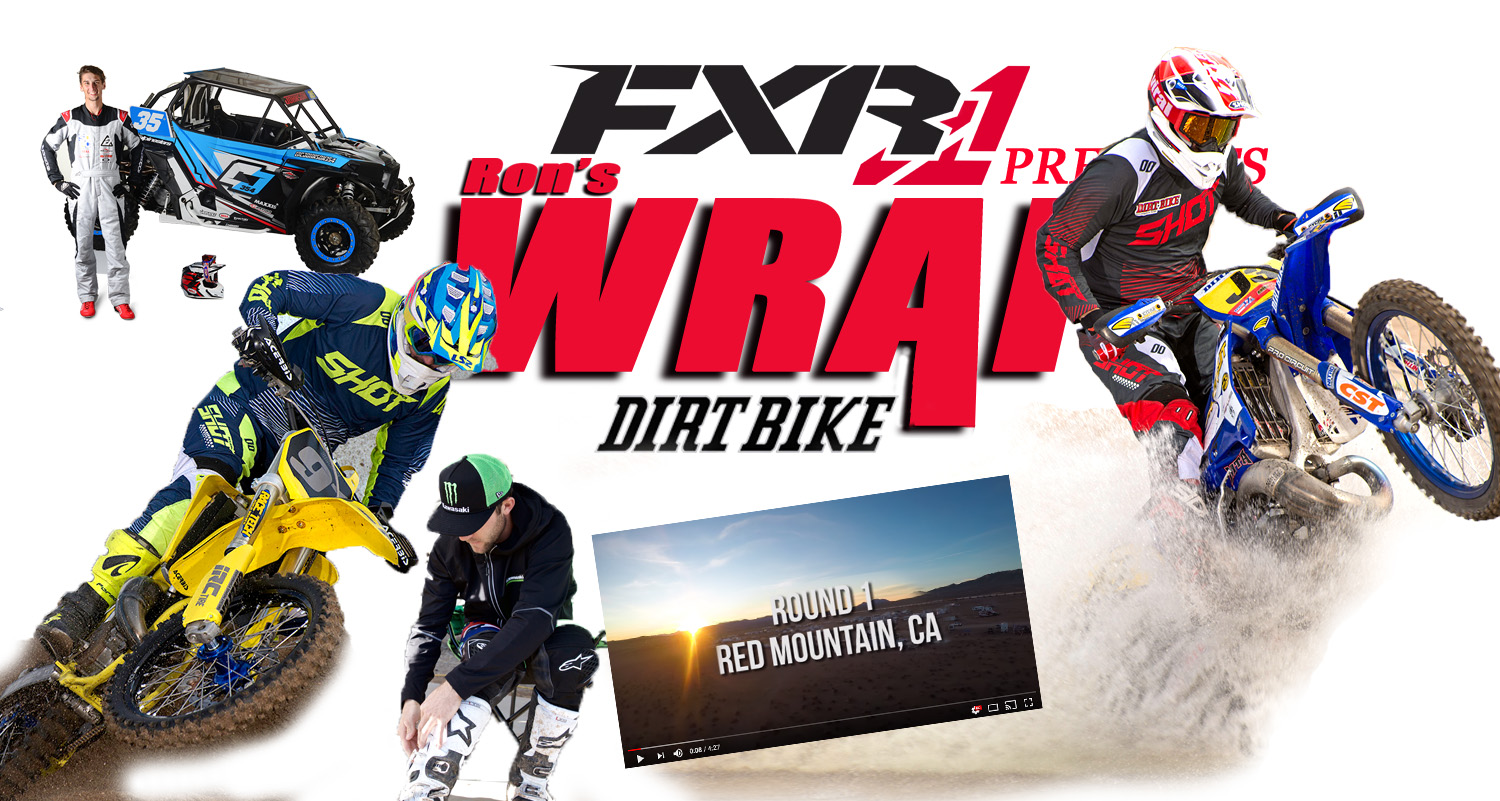 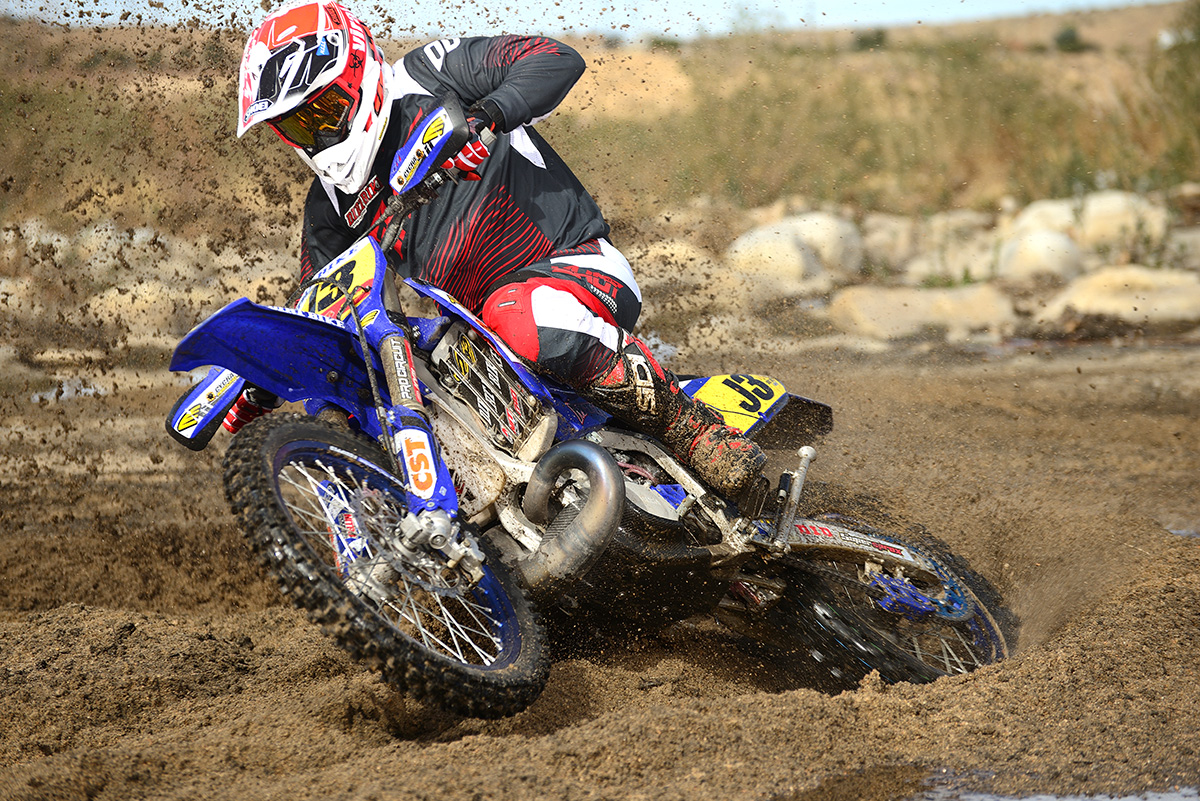 For this year’s Big Six GP series, I made a project that’s all about me. I already love the Yamaha YZ250X, but for once, I wanted a bike that was set up for my weight, age and skill level. Never mind what those are. The short version is that it’s a Pro Circuit project, with heavy input from Rekluse, Scott’s and Cycra. This bike should be fairly Ron-proof. I won’t stall it because it has an autoclutch. I won’t get a flat because it has Nitro Mousse tire inserts. Both were problems for me in last year’s series. 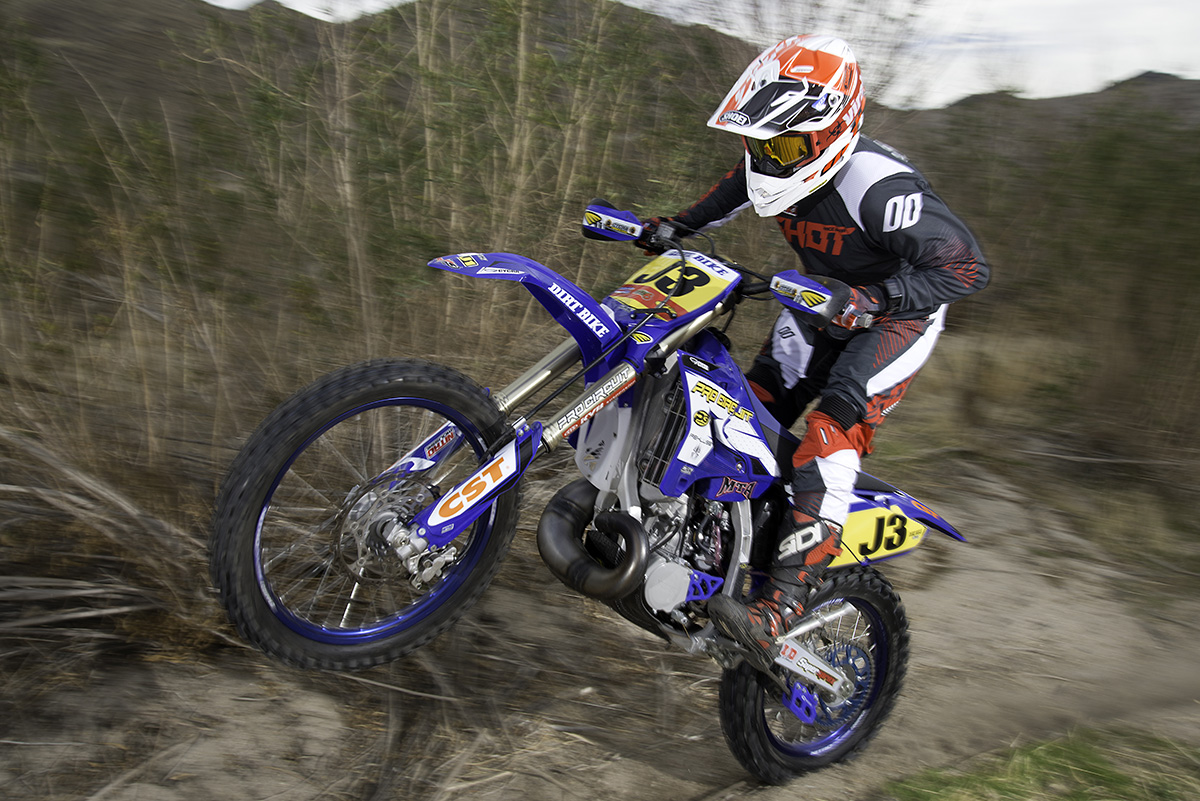 The photos are of Mark Tilley, not me. We thought about switching roles, and having him shoot me, but that would pt us both outside our comfort zones. Better to let him wear my gear. There will be more details on this bike showing up  next week at dirtbikemagazine.com on Two-Stroke Tuesday. 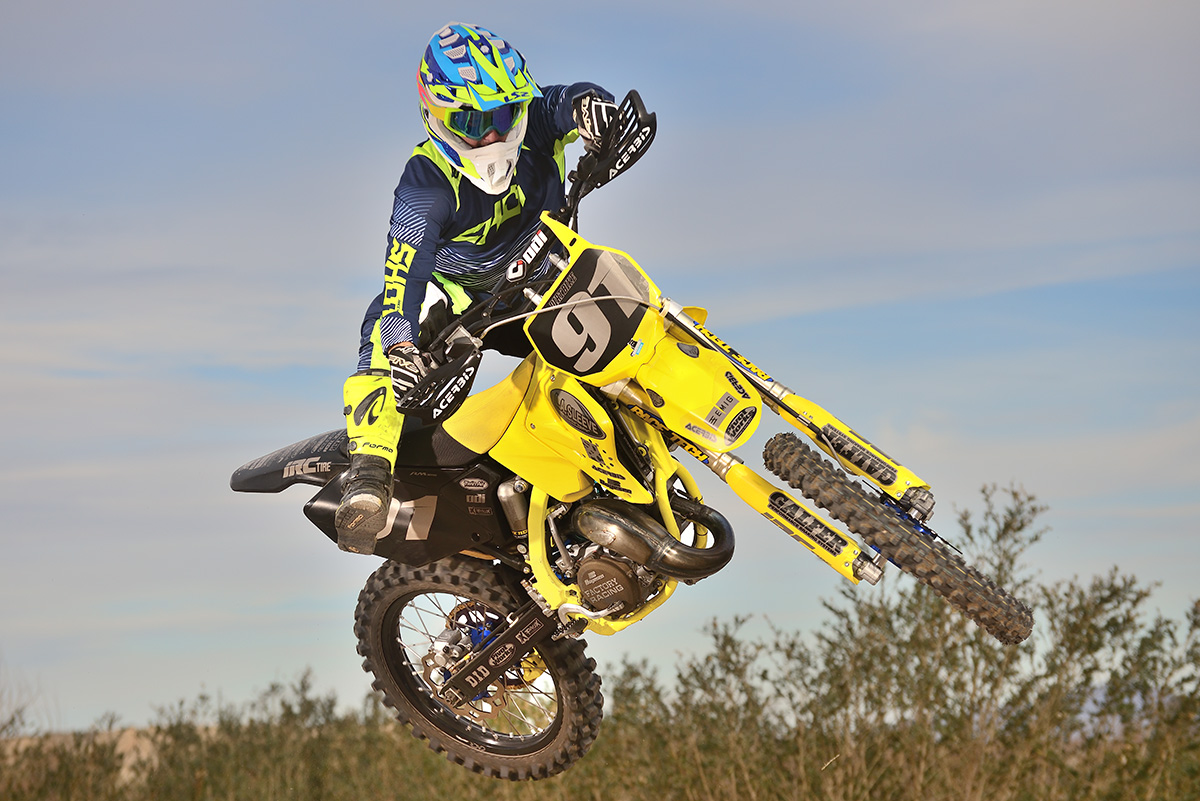 Another big project that came to completion this week was our 2001 Suzuki RM125. This bike has been in the extended Dirt Bike Family for some time. It belongs to DB’s advertising director Chris Stangl (actually his son). It needed just about every thing, but the wonderful thing about two-strokes of this age is that they don’t cost much to get going. Admittedly, we did a little more than get it going. There’s more on it on last week’s Two-Stroke Tuesday. Check it out.

Torrot GasGas NA Inc. is proud to announce their official U.S. National MotoTrials Team for 2018. The four-rider Factory effort, lead by team manager and 10-time National Champion Geoff Aaron, will consist of talented riders contesting four different divisions on every full-size GasGas TXT Racing model: Alex Niederer, FL (Pro Class) GasGas TXT300 Alex Niederer will compete in the Pro Class riding the mighty TXT300. Alex earned 5th in the 2017 National standings and looks to improve his results. A flashy rider that works hard and is fun to watch, Alex will be representing GasGas at all of the NATC National events. Watch for him on the East coast at the Florida State Championship and STRA Series events as well.

Micah Hertrich, CO (Expert Class) GasGas TXT280 Micah Hertrich returns with GasGas, but has moved up to the Expert Class and will ride a TXT280. An up-and-coming rider from Colorado, he has already shown great talent and skill, winning the 2017 Expert 125 National Championship. For 2018, Micah will move to the highly competitive Expert Class. Keep your eye on this rider as he continues to improve and graduate to the Pro ranks. Micah will also compete in the RMTA series.

WITH AGE COMES A CAGE 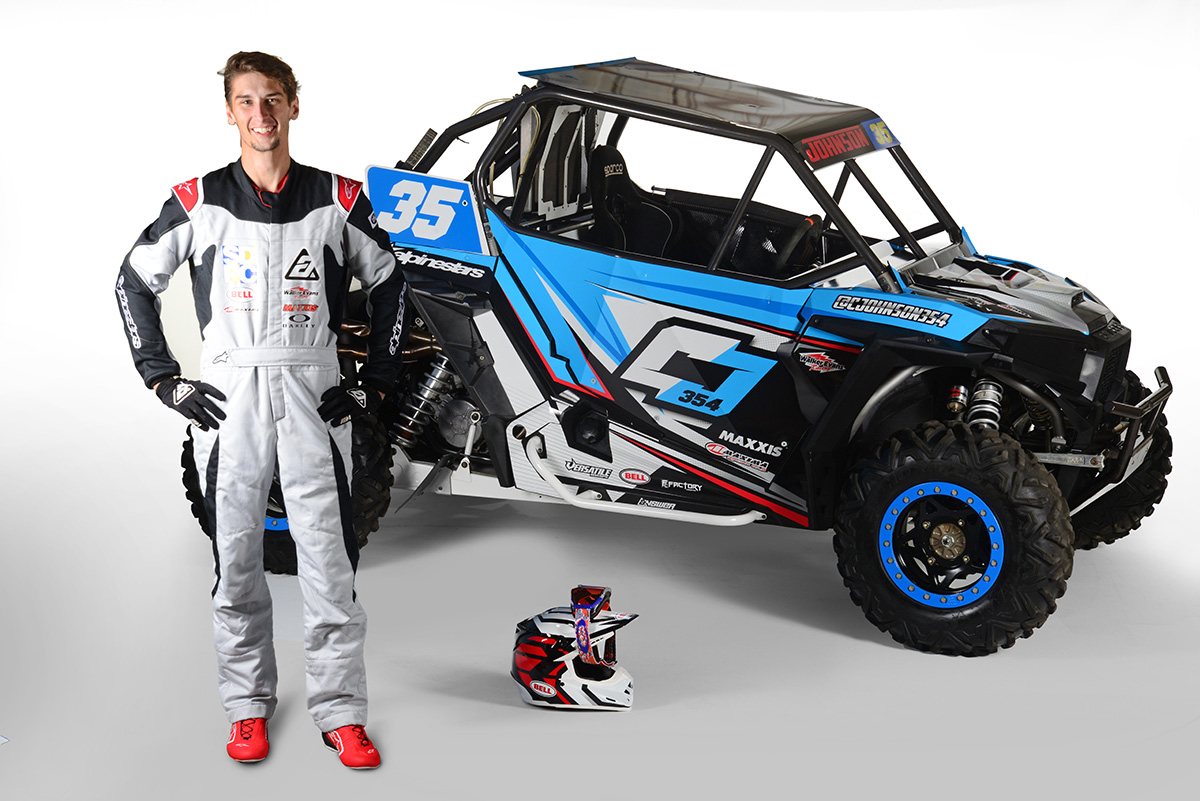 Chris Johnson was always one of our favorite racers. He was excellent as a motocrosser as well as an off-road guy. He’s still racing motorcycles, although not as much as he once did. Now, he’s added UTV racing  to his resume. He did last year’s WORCS series and improved with every round. Part of the secret was that he rides moto first and gets to know the track better than most of the four-wheel guys. We’re wishing him the best luck as he starts this year’s WORCS series this weekend at the Orleans in Vegas.

WORCS has a new mobil ap for your photo. Here’s the info: 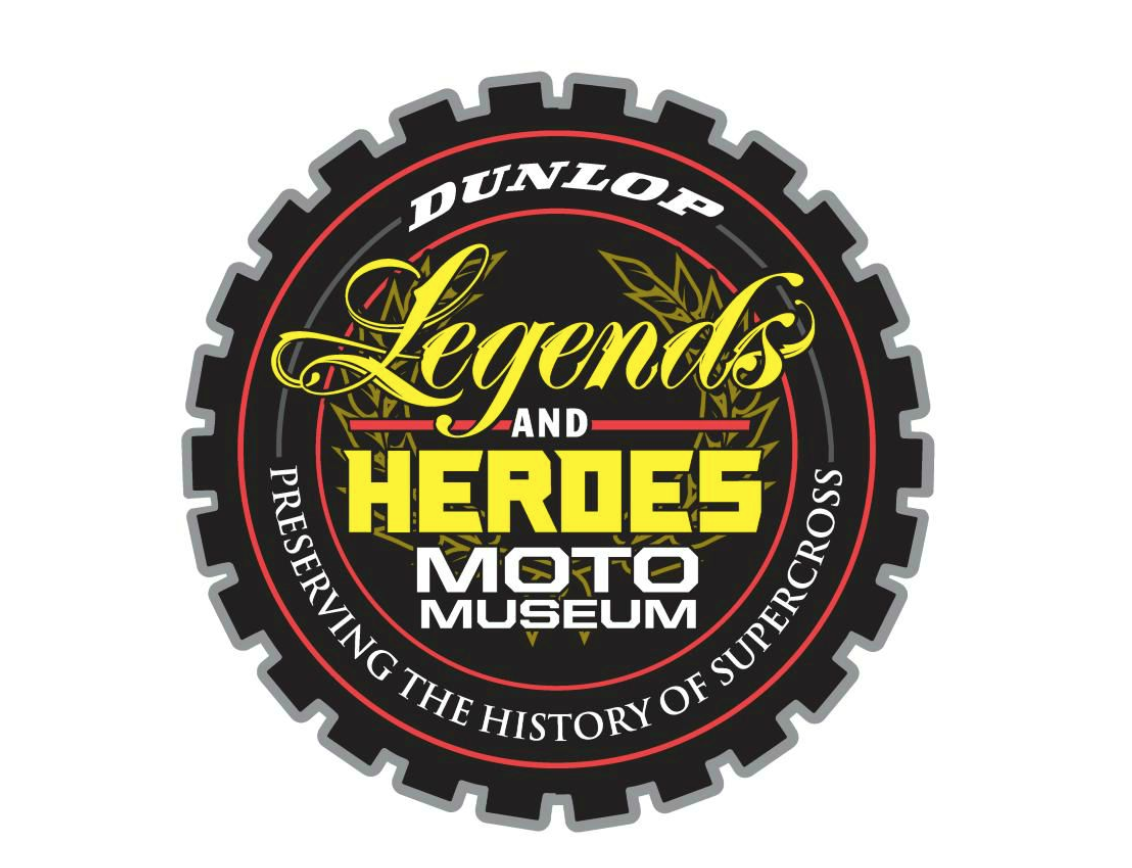 The Legend and Heroes Tour traveling moto museum is pleased to announce that they will honor motocross suspension pioneer Steve Simons this Saturday night at round five of the Monster Energy Supercross series in Oakland, California on February 3, 2018. The Tour stands behind the belief that “We Don’t Leave History Behind” and has kept the founding fathers, and mothers, pure in their thoughts by honoring the men and women that shaped supercross and motocross into what it is today. Each honoree receives a special commemorative plaque and a Rockwell timepiece during a special podium presentation on the stadium floor before opening ceremonies.

Steve Simons is a pioneer of suspension technology. His many innovations and inventions helped to propel the sport of supercross to what it is today. In the mid ’70s he invented coolers for shock absorbers to allow for longer lasting performance, front forks and fork kits that improved handling and allowed the sport of supercross to grow. He developed the Upside Down Fork that is now the suspension standard not only in motocross but in many other motorcycle applications. His Simons UDX-60 USD forks played a significant role in motocross history as they graced Brad Lackey’s 500cc World Championship Suzuki. Lackey himself credits the forks to his successful championship run. In the ’90s, Simons co-founded Rockshox, Inc, one of the most successful suspension companies in the sport of mountain biking and again set the standard for performance. In the 1990’s Simons took his manufacturing expertise to the mountain bike industry, co-founding Rockshox, Inc. His talent in engineering, design and manufacturing helped Rockshox become one of the most successful bicycle suspension companies ever. He became President of the company in 1992 and remained in that position until the company was sold in 2000.

The Legends and Heroes would like to honor Steve this weekend in Oakland and thank him for his contribution to the motorcycle industry and the sport of supercross. 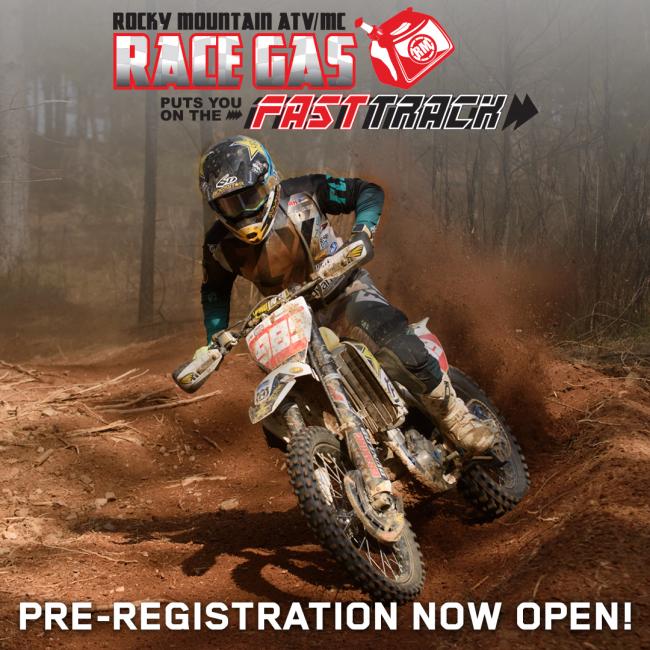 The 2018 GNCC series kicks off in three weeks in Union, South Carolina with the VP Racing Fuels Big Buck GNCC on February 24 and 25, and will make stops in nine different states across the eastern half of the United States.

Furthermore, season credentials are available to purchase for $250 and are good for gate admission at all 13 rounds. Credentials will be customized for ATVs, UTVs, bikes, riders and crew. Obtaining a credential will save a racer or family member time and money and can be purchased by clicking HERE.

Racer TV and NBC Sports Network (NBCSN) are the official homes for coverage of the AMSOIL Grand National Cross Country (GNCC) events. All 13 rounds, from the season opening Big Buck GNCC in South Carolina to the finale at Ironman Raceway in Indiana, will air in 30-minue; taped-delayed telecasts on NBCSN, while Racer TV provides live streaming coverage of the 1 p.m. ATV and motorcycle races from each event, in addition to the six UTV rounds. Catch all the action at http://www.nbcsports.com/ and http://www.racertv.com/. 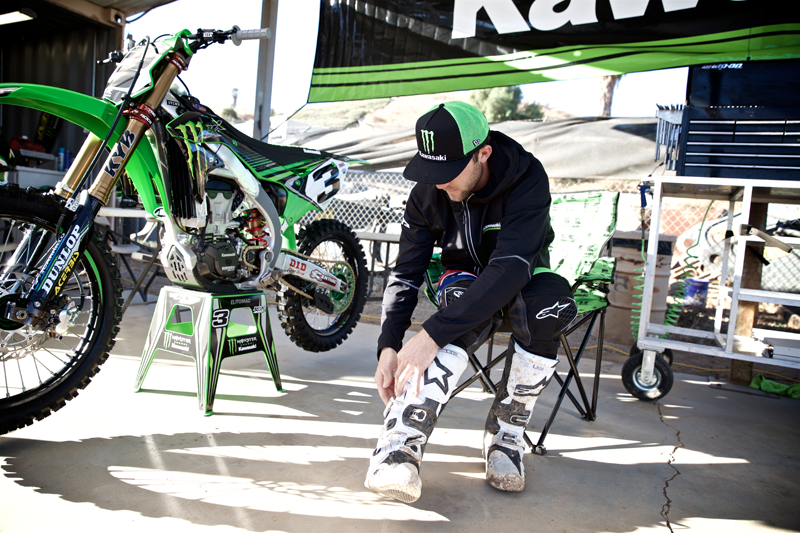 Eli Tomac and Kawasaki now have a line of ET3 casual wear. Highlighting the line is the ET3 Jacket and ET3 1/4 Zip Fleece that are perfect for brisk mornings at the track or cool evenings watching supercross. The ET3 Thicker Than Dirt Zip-Up Sweatshirt, ET3 3D New Era Hat, and the ET3 Signature T-Shirt are a must-have for all motocross and KX™ motorcycle riders. You can also show your support with can coolers, key chains, an umbrella, and a backpack to complete your ET3 collection. Join the Kawasaki family and be sure to cheer on Tomac throughout the Monster Energy Supercross season. To purchase Kawasaki ET3 Clothing visit your local Kawasaki dealer or online at http://kawasaki.com/shopET3