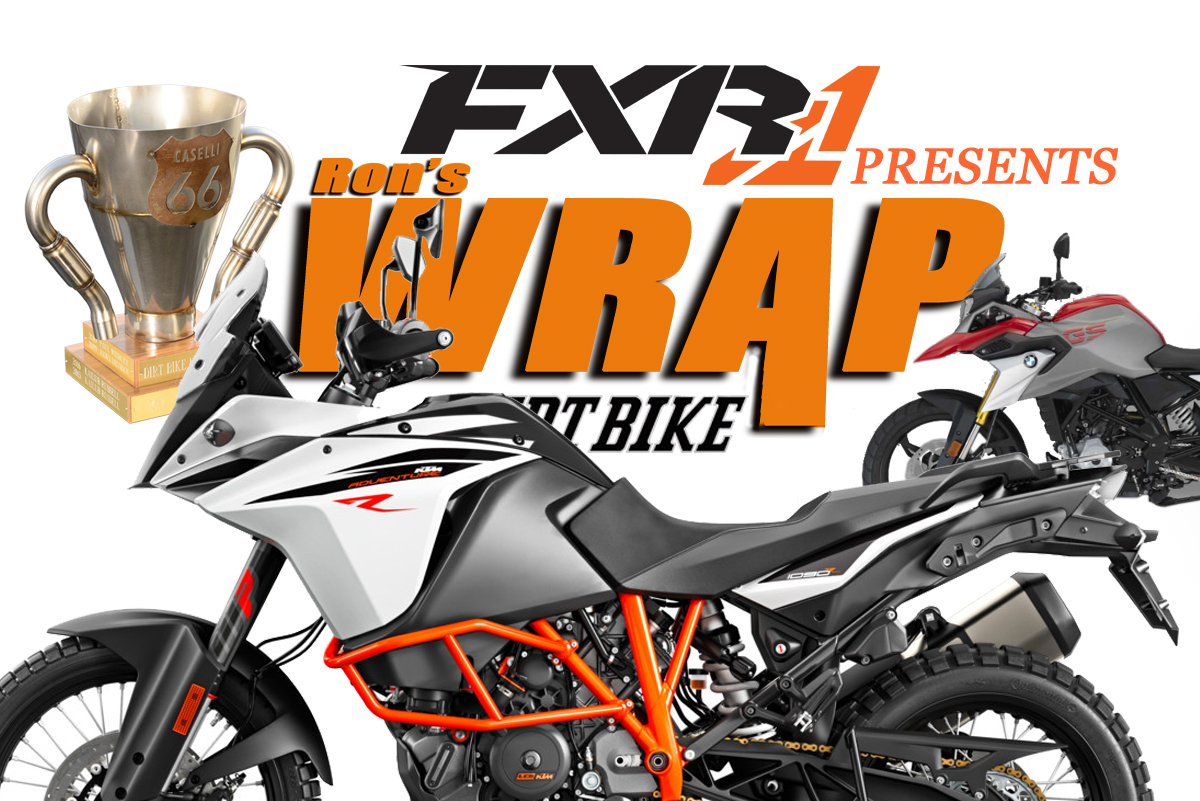 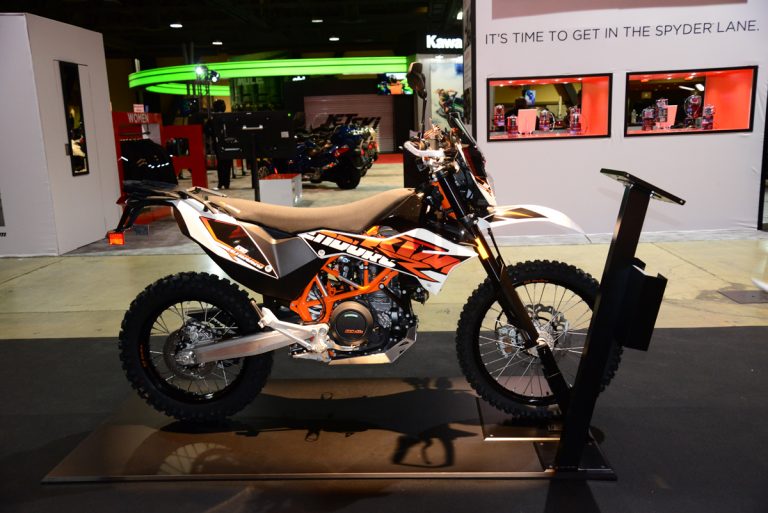 Last week was the IMS Motorcycle Show at the Long Beach Convention center. By now, just about all the 2017 off-road bikes are out, but the street bikes arrive much later. So Long Beach was the first time we got to see the newer adventure bikes up close. The biggest news there was the KTM 1090 Adventure. This is very similar to the 1190, which will no longer be in the line for 2017, but the 1090 will be slightly more dirt oriented. KTM is trying to create more separation between it and the 1290, which is the more street-oriented version. 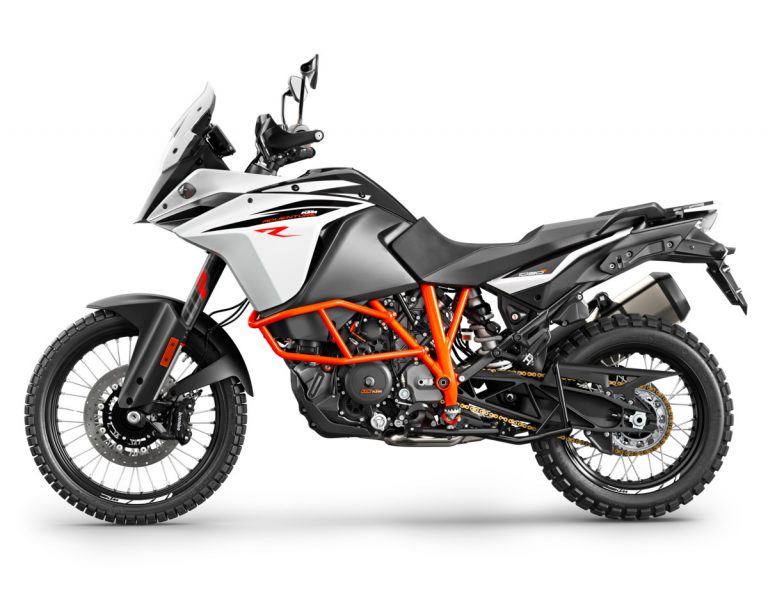 The 1090 Adventure will be lighter and will have more dirt-think in the suspension. It will come standard with knobbies and will probably be priced more affordably. 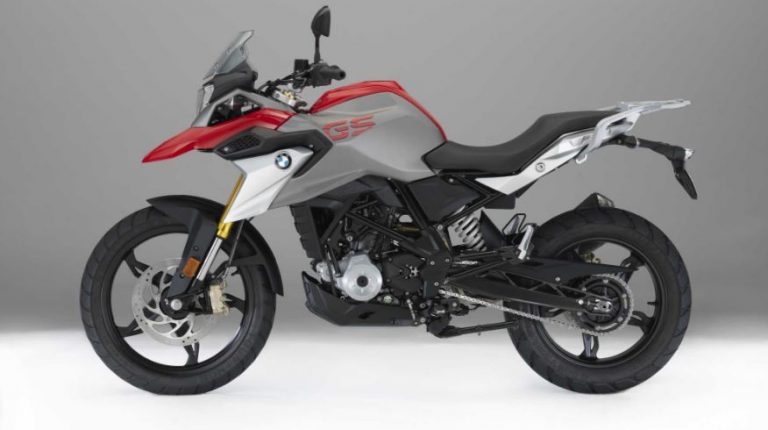 There were several mini-adventure models being shown in the U.S. for the first time. The one that created the most buzz was the new BMW G 310 GS. This has a very Yamaha-like motor with a rearward slanted cylinder and a reverse head. The intakes is in front and the exhaust is in the rear. 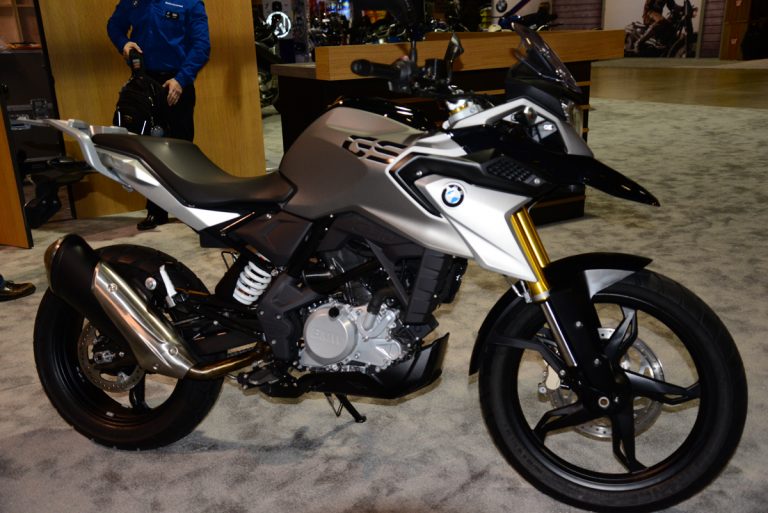 The price on the bike is the most amazing part. It’s said to be right around the $5000 mark. BMW has a long list of accessories ready to go that will undoubtedly assure that no dealer lets one escape for the base price, but we need to admit that it’s a pretty good looking bike. 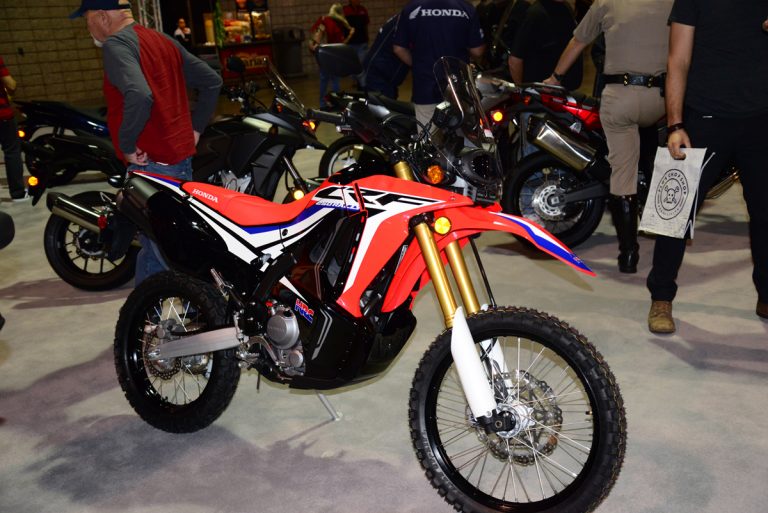 We heard about the Honda CRF250L Rally some time ago, but we were surprised at how good it looks in person. Under the body work, there’s a CRF250L dual-sport bike, but you would never know from the exterior. It will sell for $5899, while the standard CRF250L will be $5099. 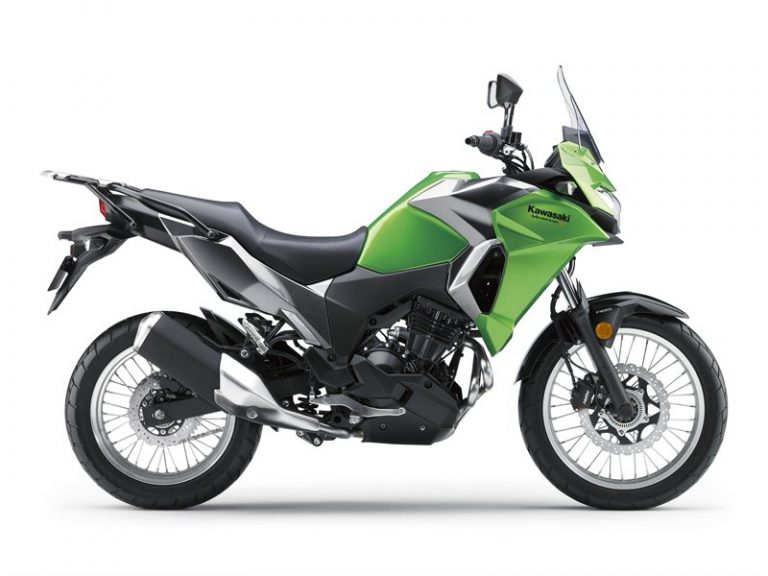 Kawasaki has a little adventure bike, too. The Versys-X 300 ABS has kind of a cool look. It’s based on the Ninja 300. No price has been announced yet, but the Ninja version is $4999 without ABS. 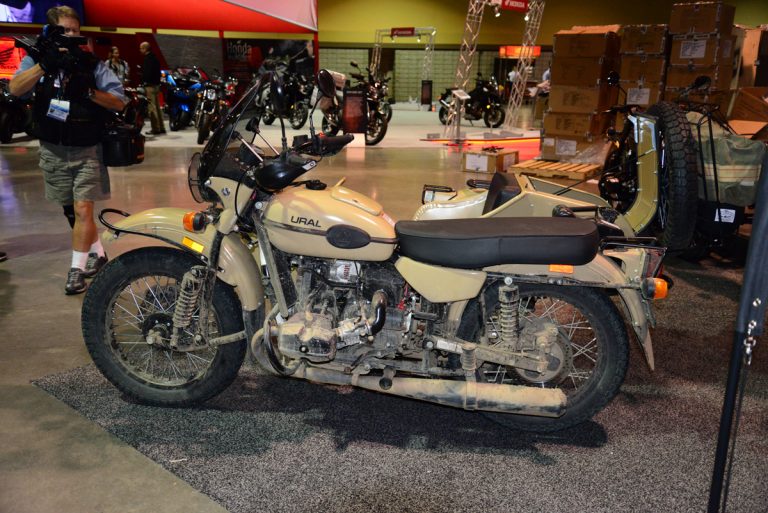 We often see the Ural guys at various shows around the country. These machines have a very high cool factor and usually come with a sidecar. The sidecar wheel is driven. Tom White actually owns one and occasionally rides his son Brad around in the sidecar. 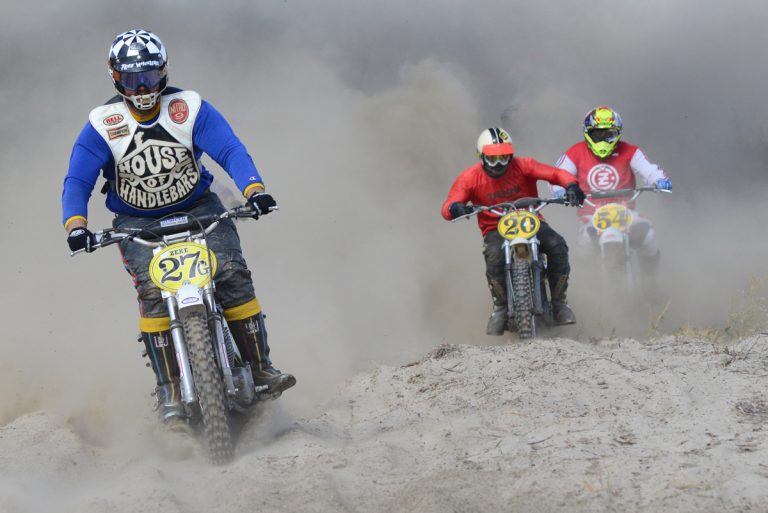 Last weekend I also attended the Route 66 Old School Scrambles. It was the second race I’ve ridden by the SW Vintage Committee. They’re getting great turnouts of riders who are a lot of fun to hang out with. This one was held on the Roy Rogers Ranch on the old Route 66, near Victorville. Nature didn’t cooperate this  time, and the wind blew hard, but these events are less about the racing itself and more about the get-together. Robb Mesecher and I shared my old Husky Mag, but didn’t get far. It needs a little attention. 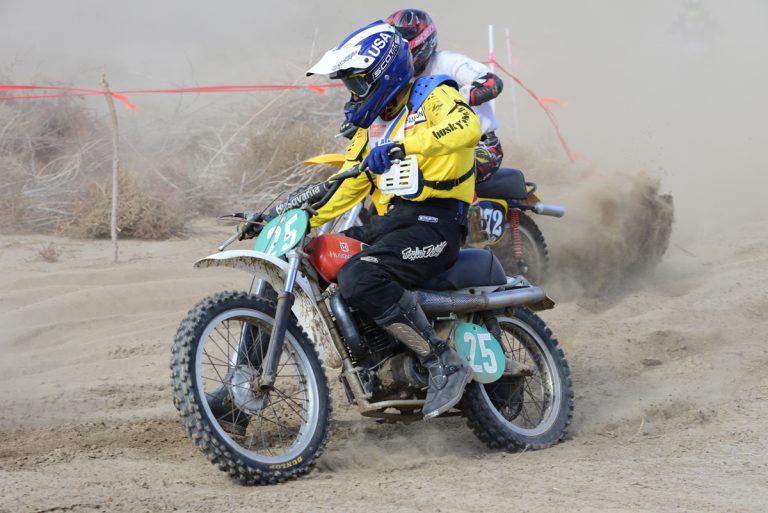 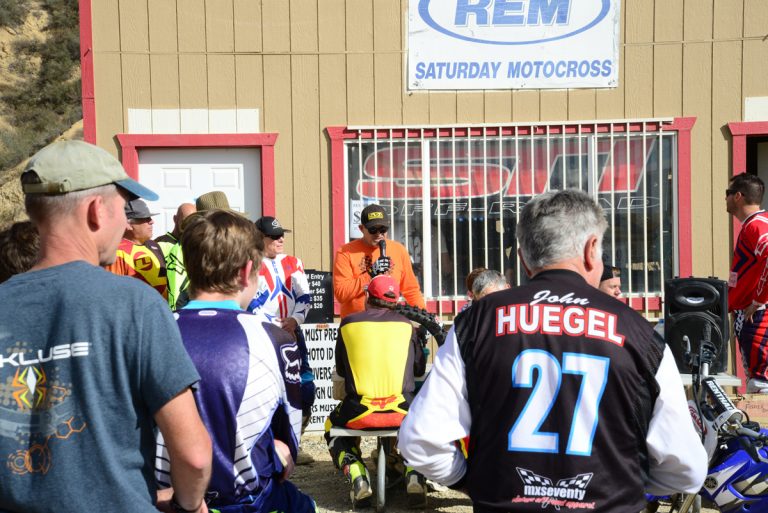 On Saturday I was out at Glen Helen for the REM Saturday MX, just like I am on most Saturdays. Frank and Myra Thomason have been holding races for 30 years now. Frank talked about how it all started at the rider’s meeting, but Myra was sick and wasn’t there. This is the only time I ever remember that happening. After 30 years, I think she’s sick of us. They both are truly wonderful people, and the whole REM race crew is more like family. 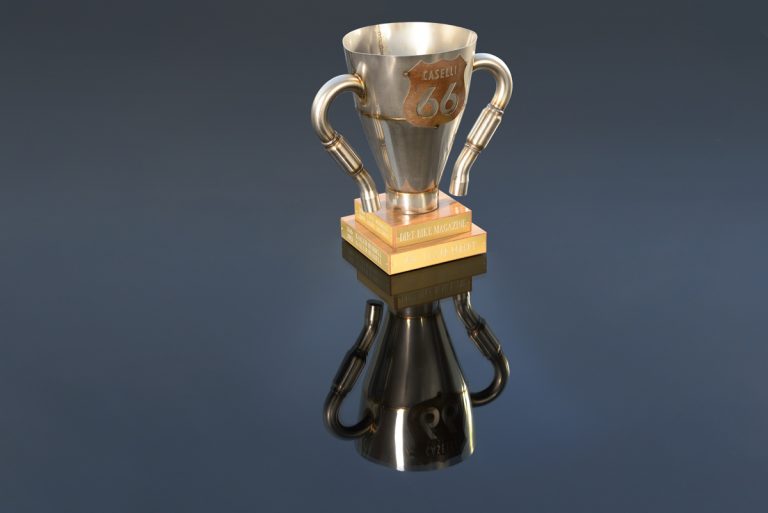 I saw Myra Thomason later in the week when I picked up the Caselli Cup. Myra runs Classique Trophy, and usually provides the Caselli Cup for our rider of the year award. This year, we did something different. Thanks to FMF, Skinner Cabinets and Myra, we now have a perpetual trophy. It’s an amazing piece of art. From the photo, you might think it’s only a few inches tall, but it’s actually enormous and has the names listed of all 12 recipients. This is the fourth year that the award has been named after Kurt Caselli. He’s still the man who won our rider of the year more than anyone in his career. For this year’s winner, stay tuned.